Despite it being a wonky old winter, my first ski this year was in May with Pete - which means 6 months of solid lines which isn't bad on the flattest driest continent. I also squeezed in a trip to Mt Jagungal in the Snowy Mountains with my 8 year old, and an epic climb and ski descent off the north face of Mt Blanc in July. So not all bad. Still, I feel this season is a portent of things to come - lots of wind, lots of rain, and the occasional dump contributing to an increasingly unreliable snowpack. I haven't renewed my Hero Pass.
I still needed closure for the season though, and scored a nice little window on Friday after a late season snowfall the day before. Whilst hardly a repeat of 'The Hunt For White October', it made the trip up the mountain very pretty.
Unfortunately I was on call Thursday night and didn't get home until 2 a.m., and then Balti fell out of bed waking me a few hours later. I headed off at 6 though and got to Diamantina by 10, with the Ovens Valley spectacularly beautiful in high spring. The rhododendrons and azaleas were particularly amazing against the blue sky, and Feathertop was breathtaking with a new white dusting.
After an overnight low of negative 6, things were still pretty chilly, however I didn't bother with any extra clothing and just had my skis, boots, some water and gels in a daypack.
I set off at a good cadence and got to the summit in an hour and a half. The SE couloir (always visible from the Mt Hotham webcams!) was the obvious choice for a first line. From the summit, I skied down the ridge in a half pipe gutter of the old bergschrund to drop into this chute. The new snow had filled in any suncups and runnels and was actually still quite dry - and beneath was the nicest corn I have ever skied, all the way down over 300 glorious meters. It was so good that I did it again, with the 2 runs easily the best this season after France. There was still some good lines into Avalanche too, but perhaps better left for another day with a helmet and friend.
Under strict instructions to be back in Melbourne for a dinner party that night (and with a bunch of stuff in the boot that still had to be dumped at Dinner Plain), I decided that another run would compromise my pace on the run back to the car, and began the long haul back along the Razorback. 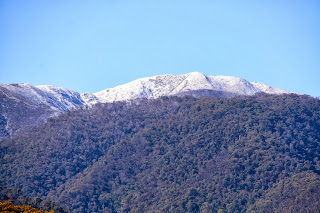 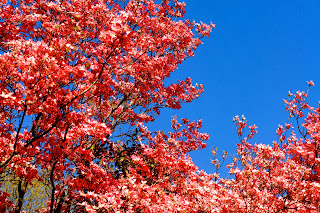 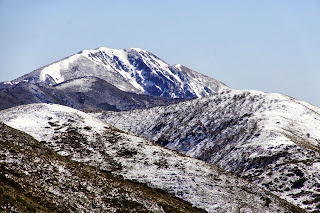 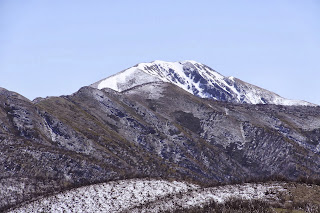 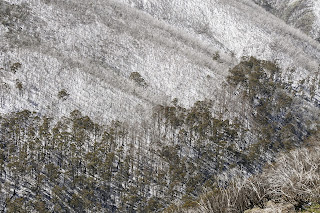 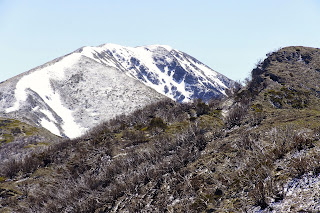 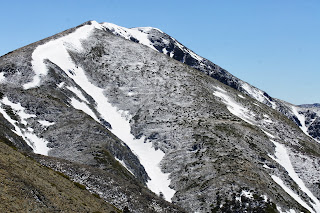 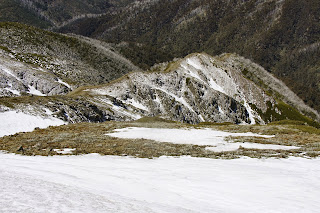 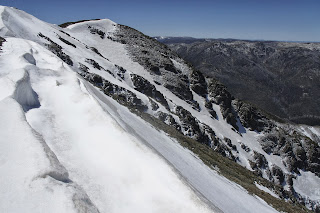 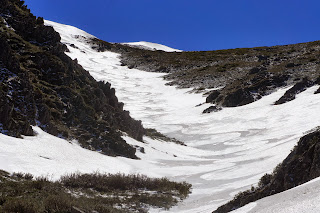 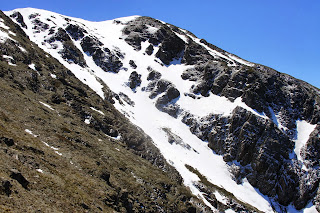 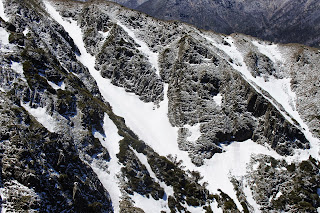 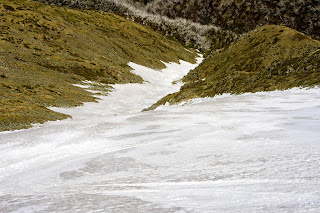 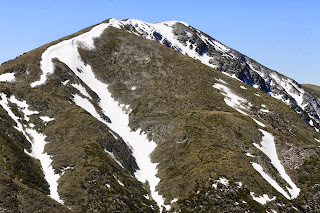 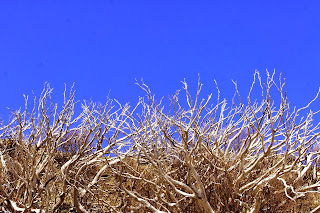 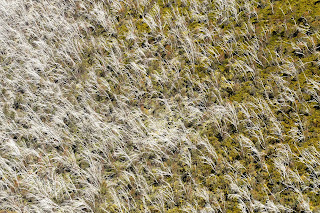 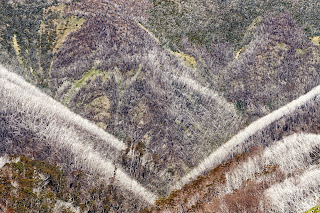