It's always amazing how a single storm can transform everything so swiftly. A couple weeks back we were riding mountain bikes wondering if winter would ever arrive. Then along comes 'Snowmageddon'; to be swiftly followed (if the weather boffins are correct) by 'Snowzilla'.
Whilst Darbs seldom works, I would ordinarily have been gassing away on Wednesday were my colleague in the country (thank you Sam)! So the perfect storm indeed. With the Harrietville approach to Hotham looking likely to struggle under such low heavy snow and high winds, we left Melbourne Tuesday arvo via Bairnsdale. There was snow on the road soon after Omeo, and it was still snowing heavily down to Cobungra. It was easy to understand how they'd struggled to keep the road open, however after locking the hubs the Delica made it up comfortably.
Dinner Plain was very pretty but very cold under a half metre of snow, and we had to do a bit of digging to get in to our place, and the garage for my gear. Soon we had a raging fire though, with red wine and spag bol whilst JP mounted his new Movement Bonds with Dynafit (on the couch in front of the fire - I didn't have the heart to make him take his tools out into the shed).
Whilst the weather was lifting a little in DP by morning, it was still fairly brutal up top. To the credit of Hotham Management (and our delight) they soon had the Village Chair turning. Our first run of the Oz season was through untracked goodness down the Playground. We had several more loops around Blue Ribbon and Wall of Death before, in a fit of enthusiasm, I tweaked my ankle.
After a rest, cafe, and some NSAIDS, Roadrunner was turning and so started wide loops of Heavenly Valley which with nobody on it was just about as good as it gets. Up high the snow was still dry and wind packed, whilst a little heavy lower down. But an exceptional base regardless.
After tracking out Heavenly we had a few short climbs in the mist up to Mary's Slide, which was all time bloody awesome.
With the weather coming in again though, we decided to call it quits - although I had one final run down Gallows after hiking up to the true summit in terrible weather. At one point I lost the snow-poles, and was only saved by unwittingly (I wanted a photo) following a very large alpine hare who lead me to the next pole. Whilst fairly certain of having stumbled on Gallows, it was a relief to see the Delica again down in Baldy Hollow.
An excellent opening account for season 2014! 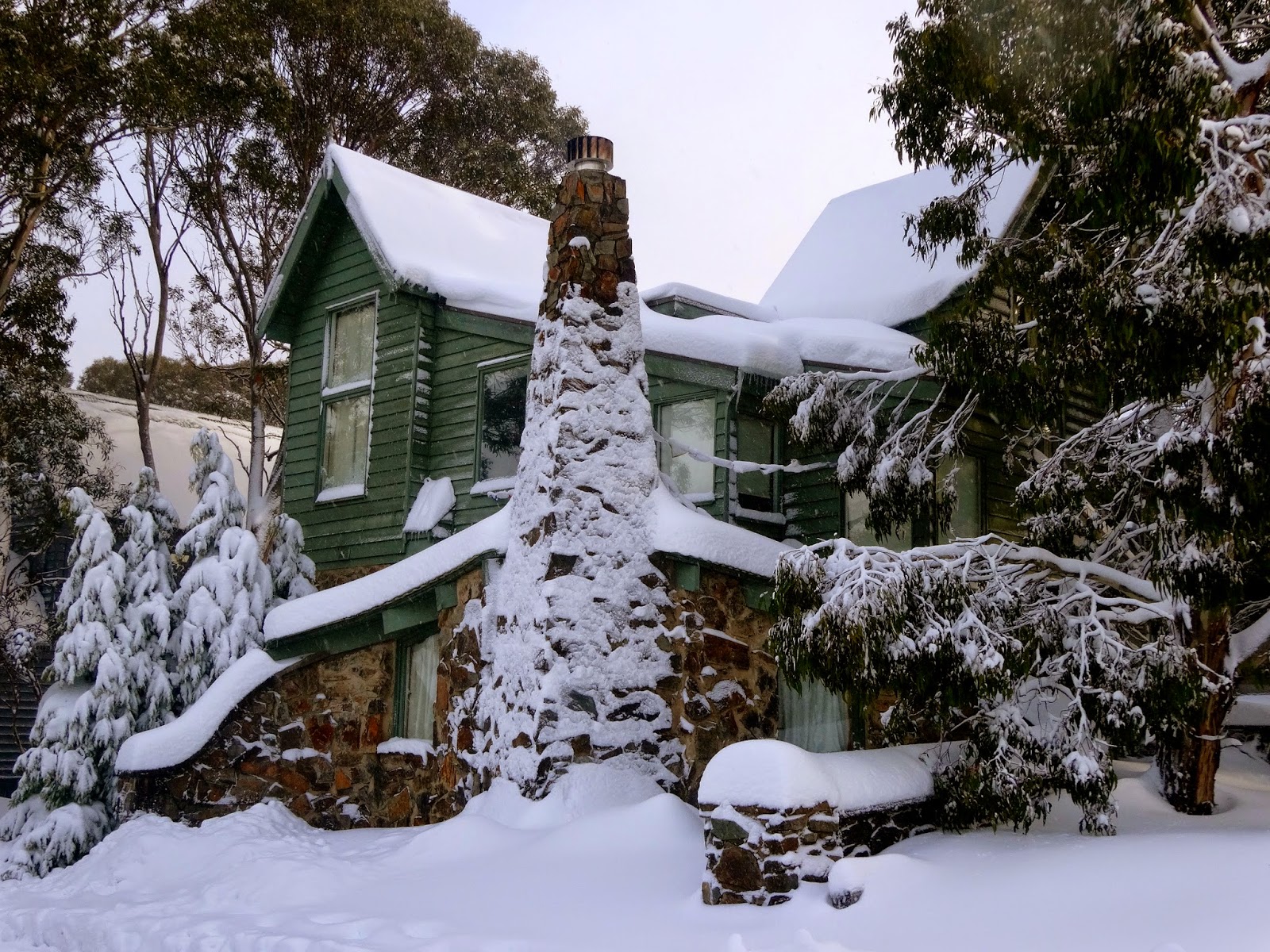 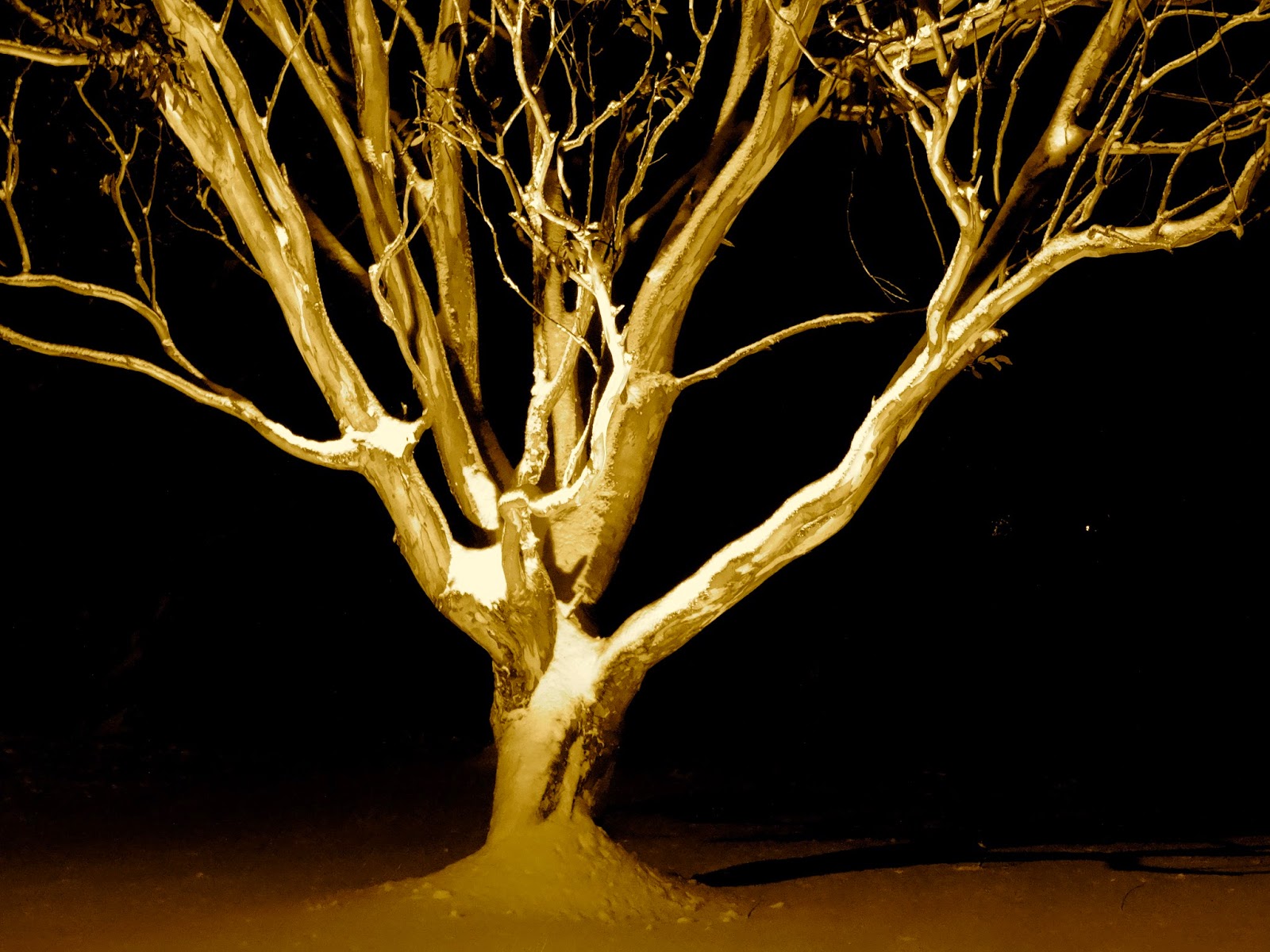 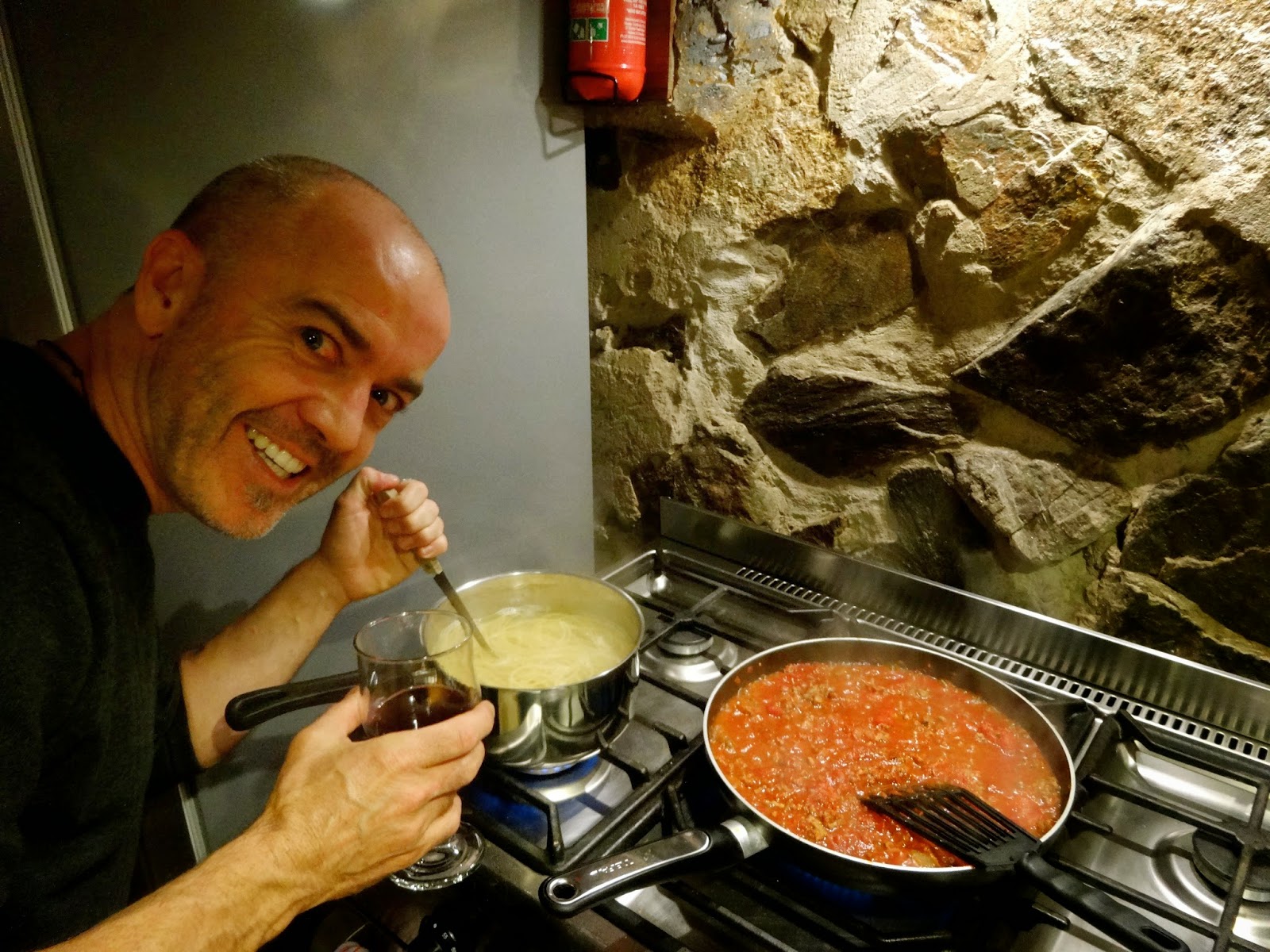 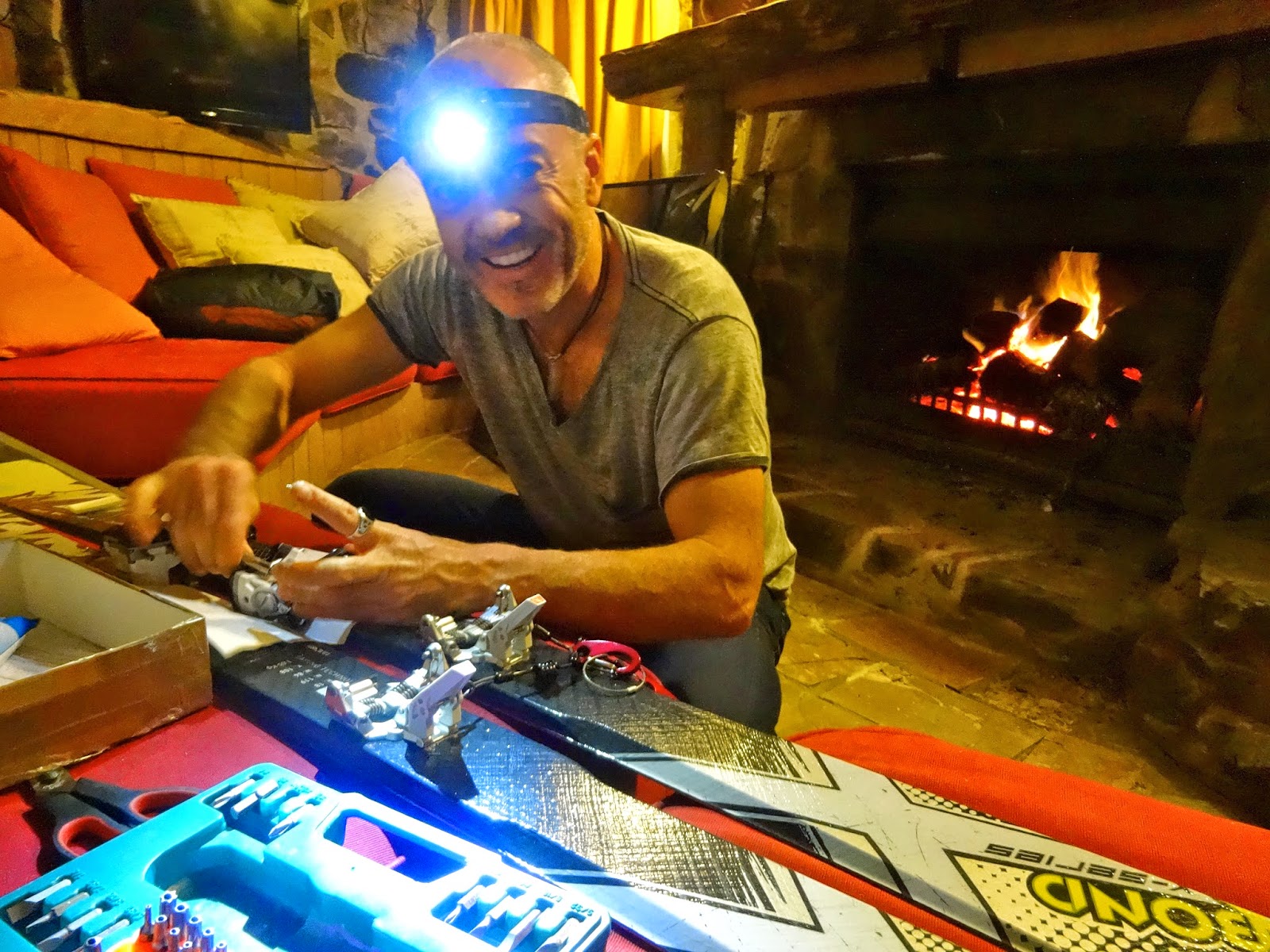 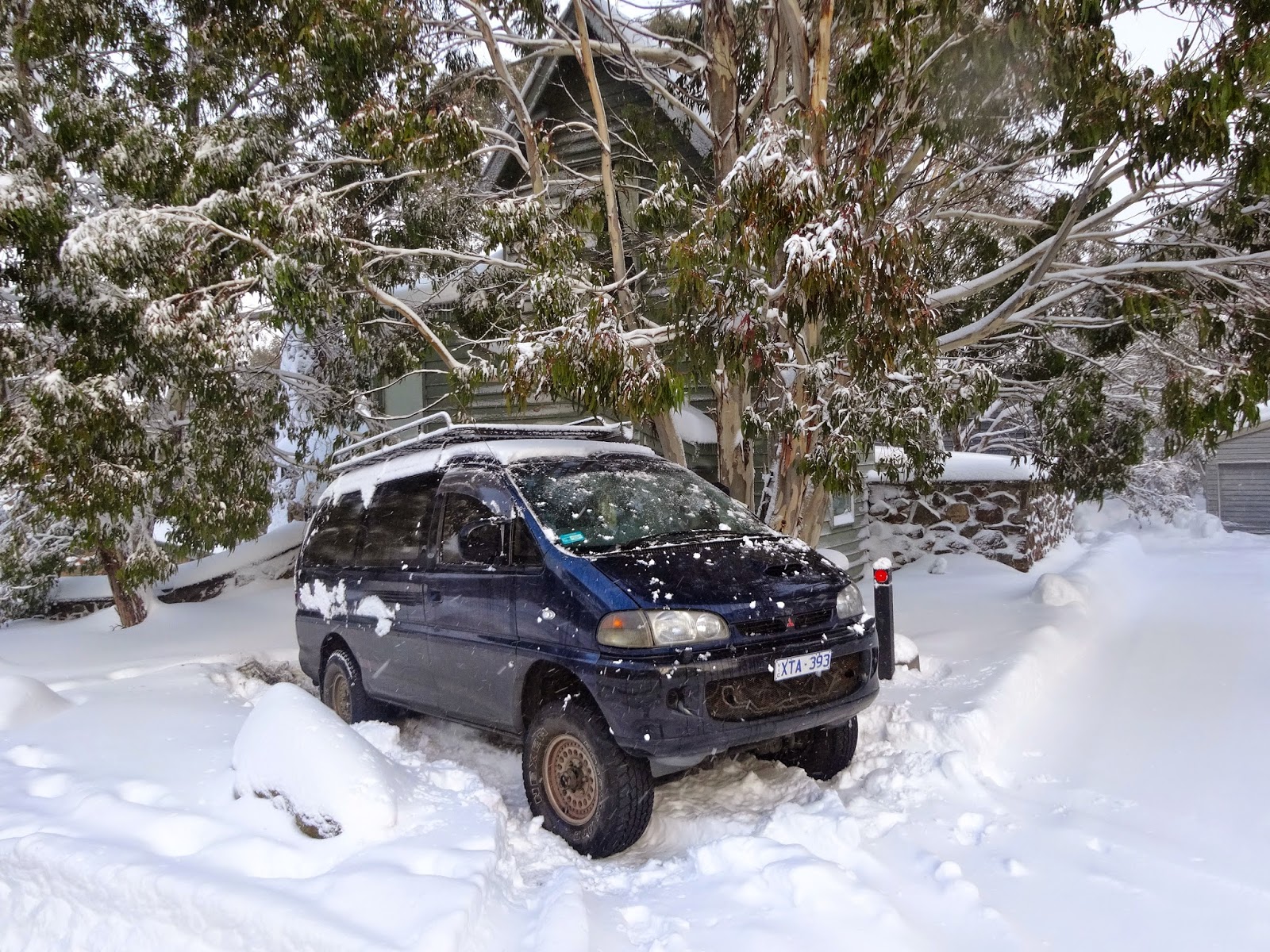 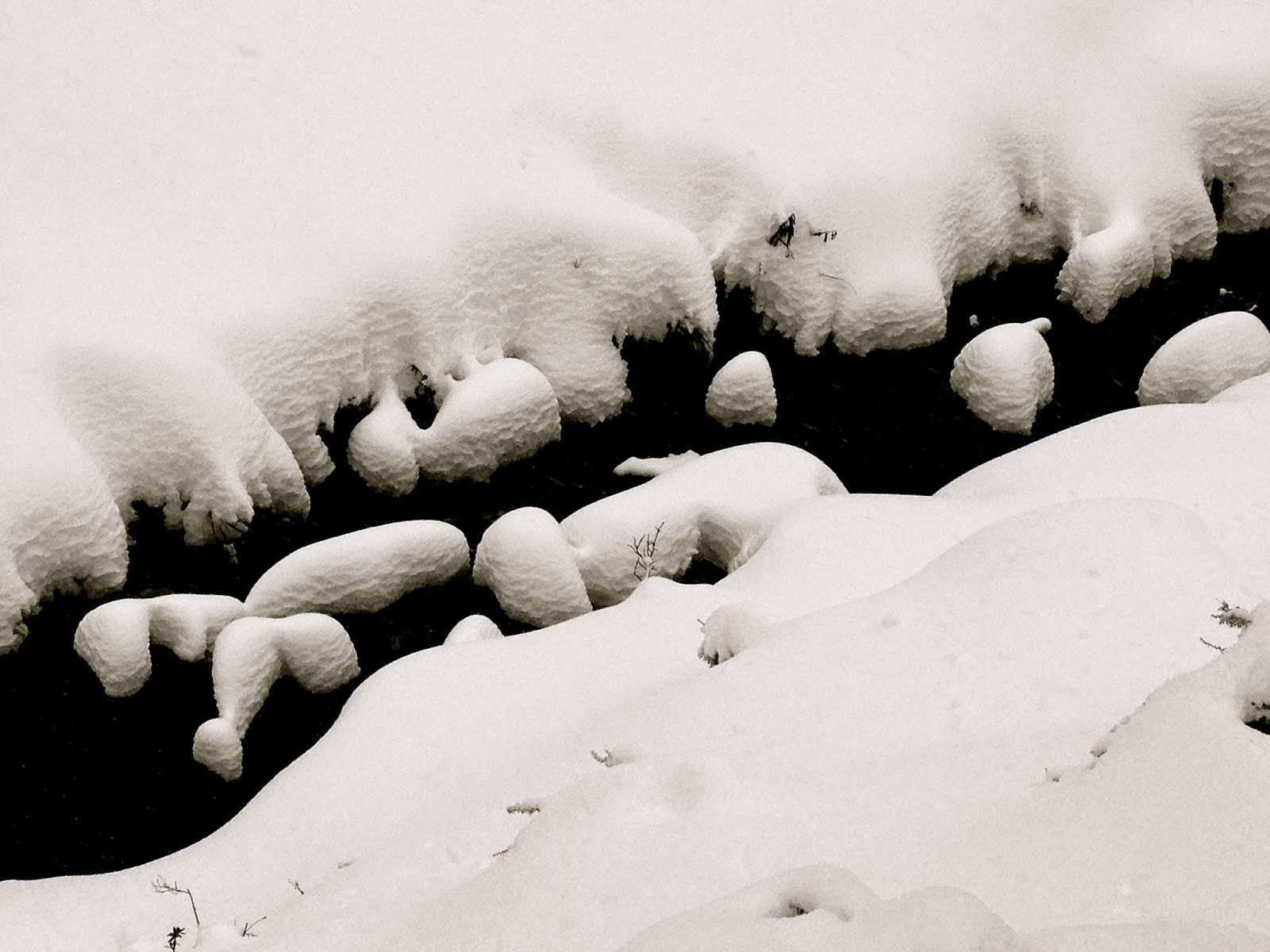 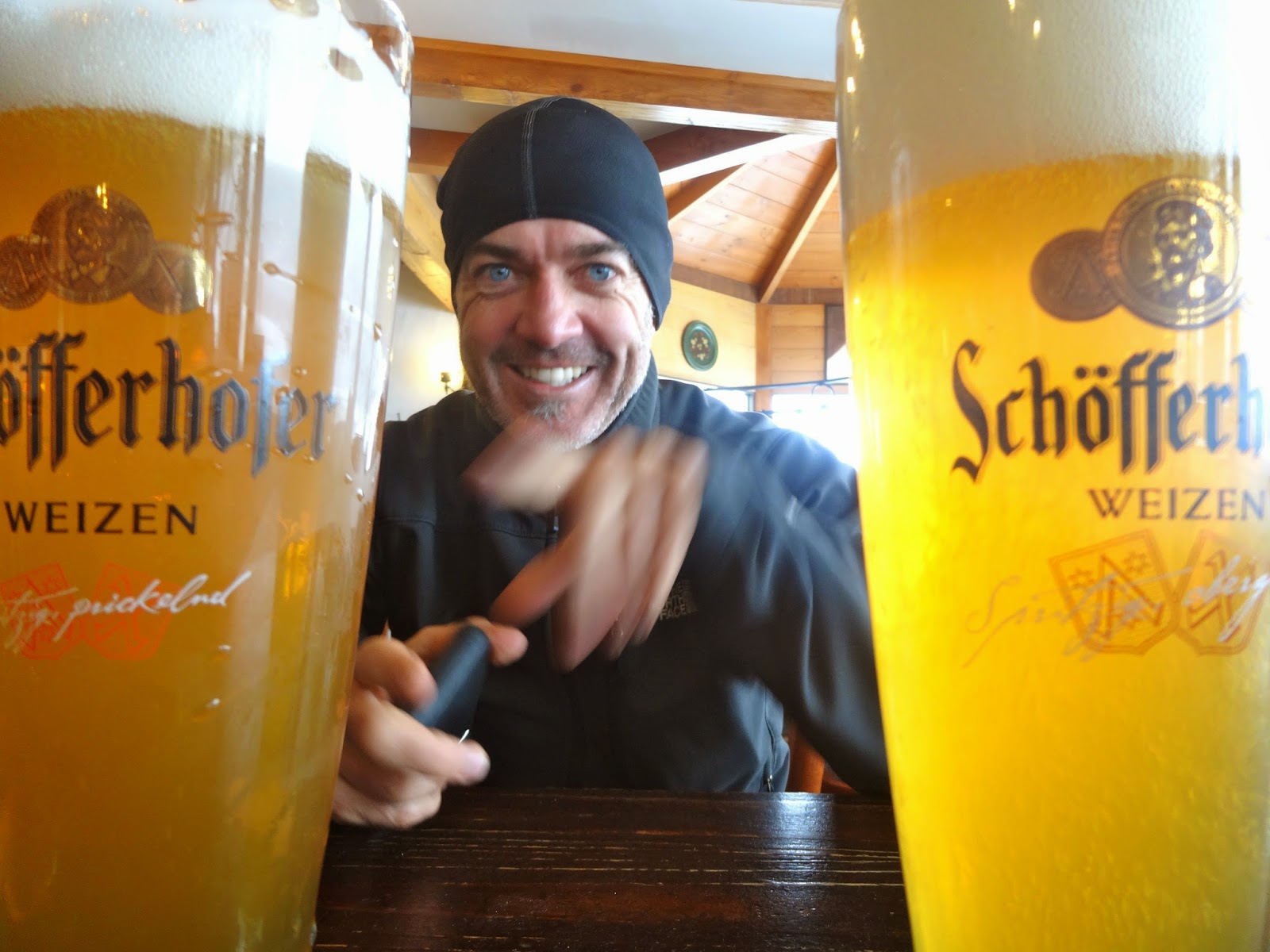 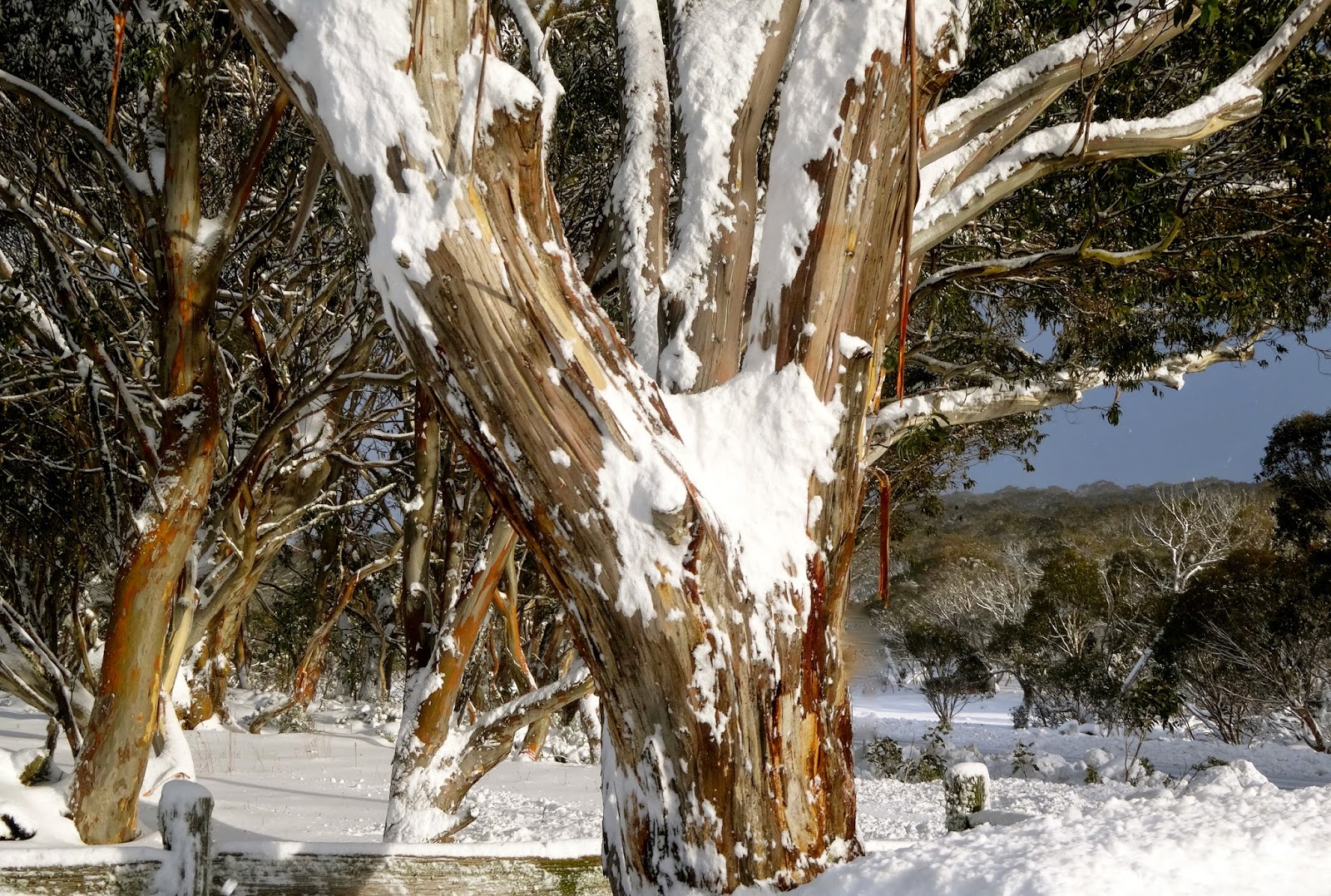 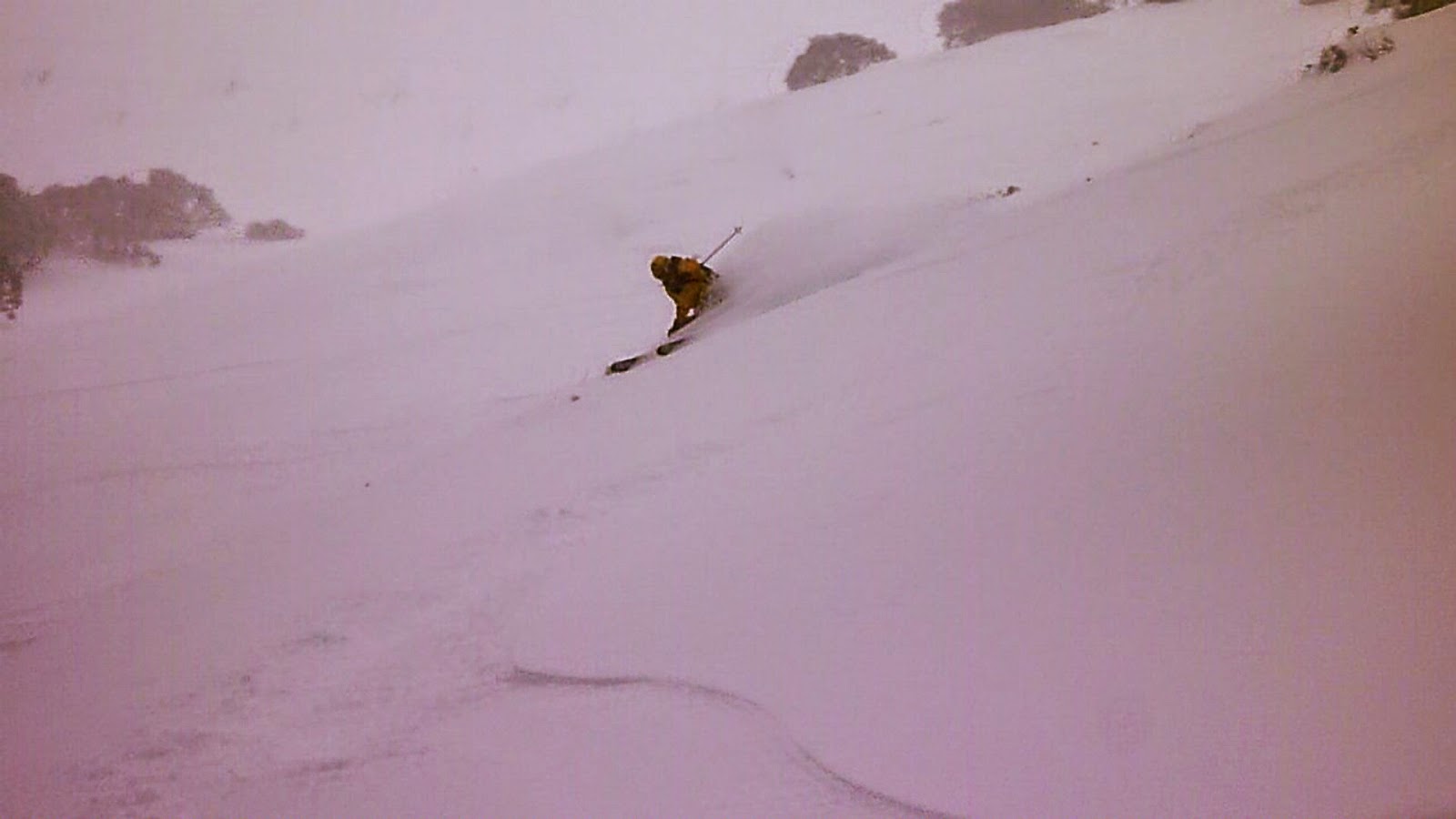 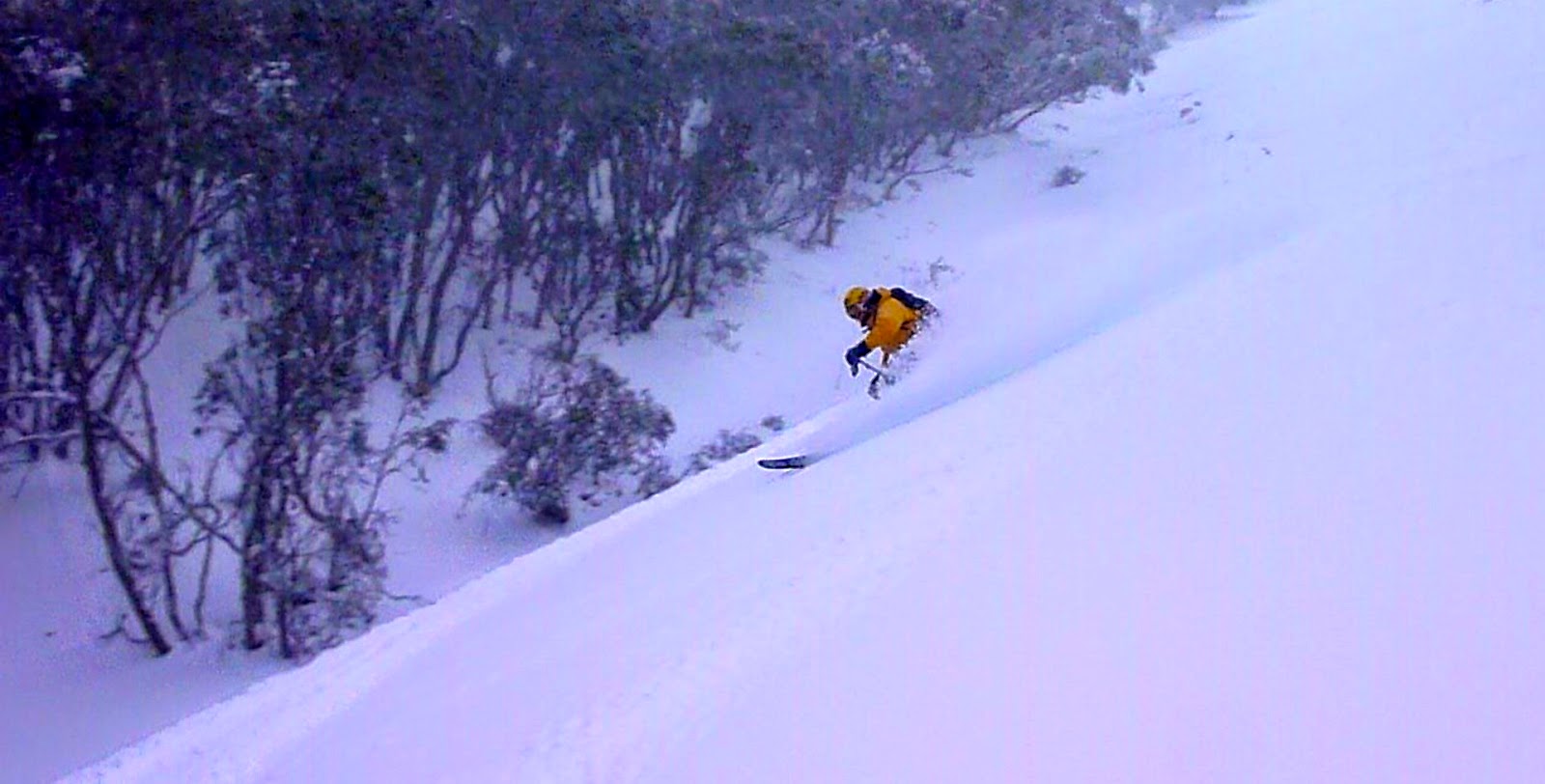 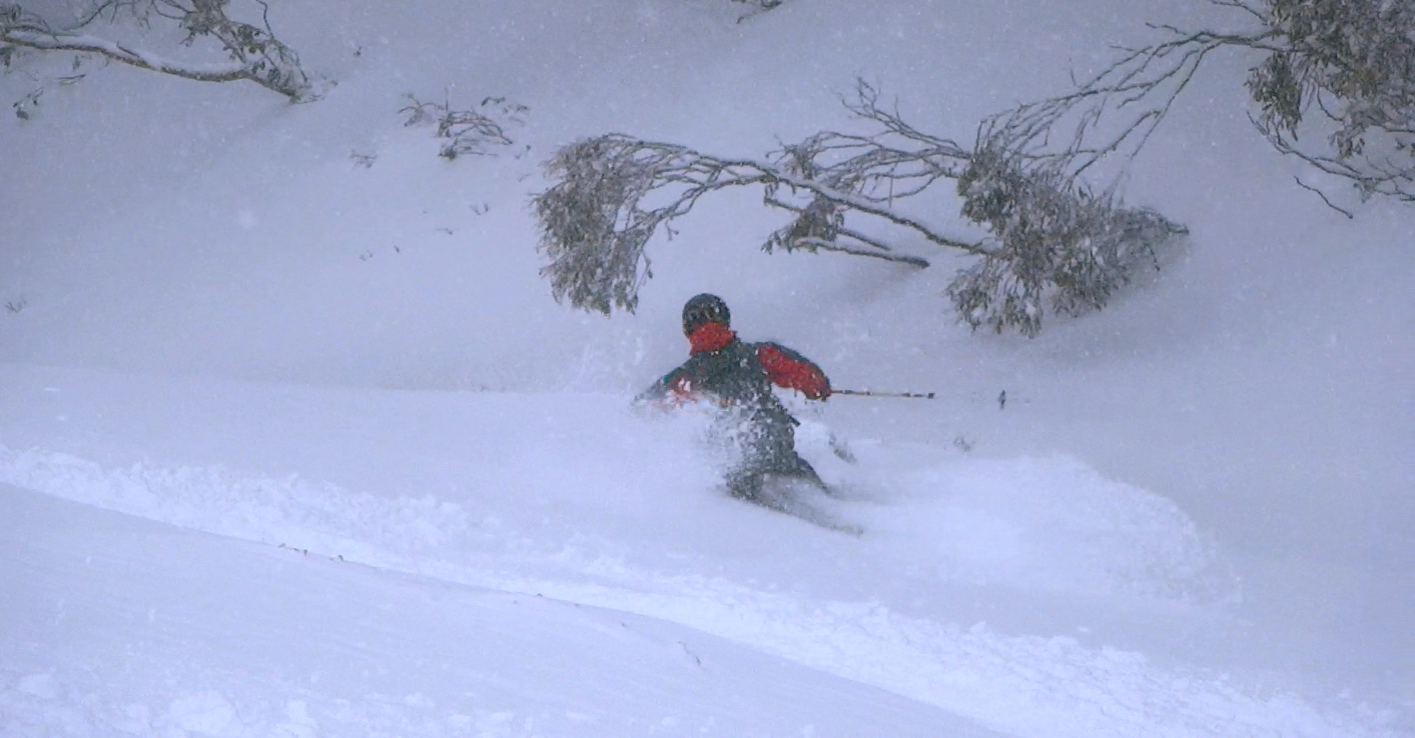 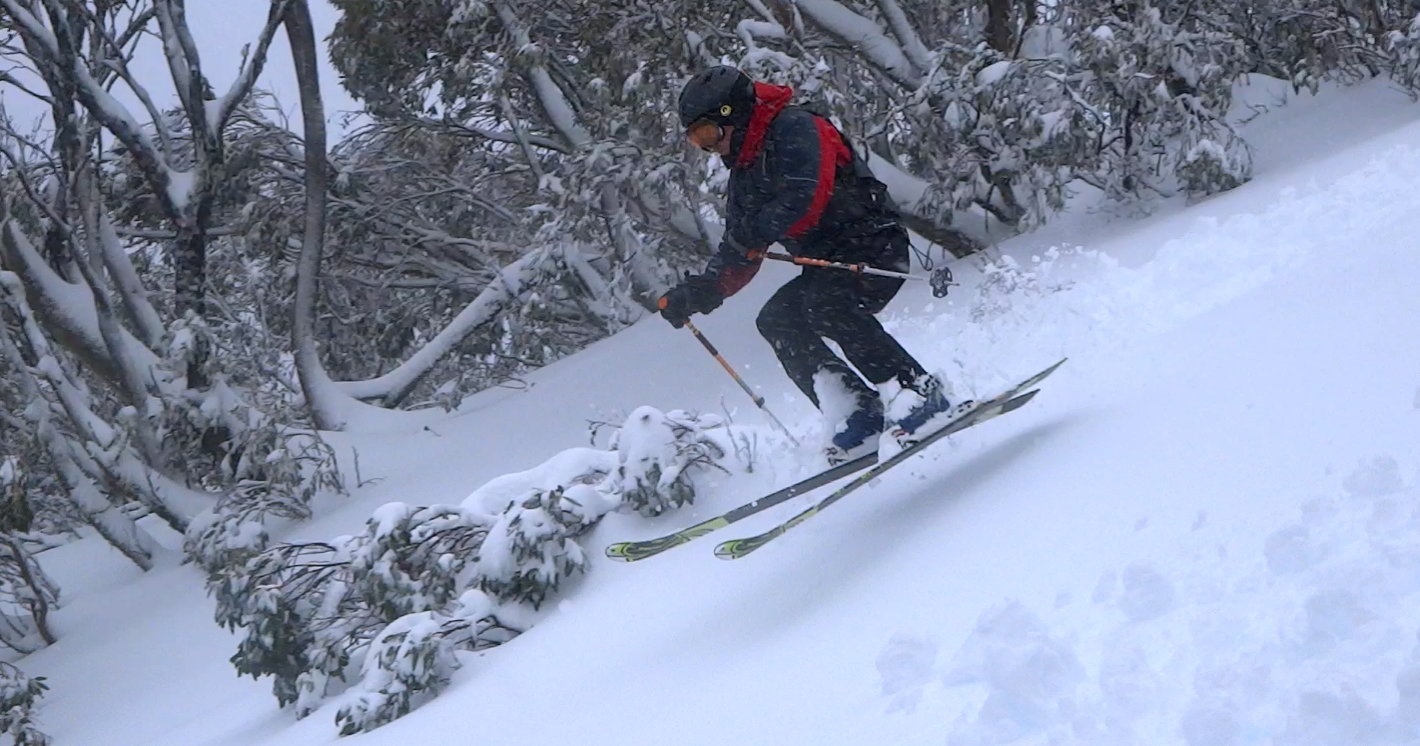 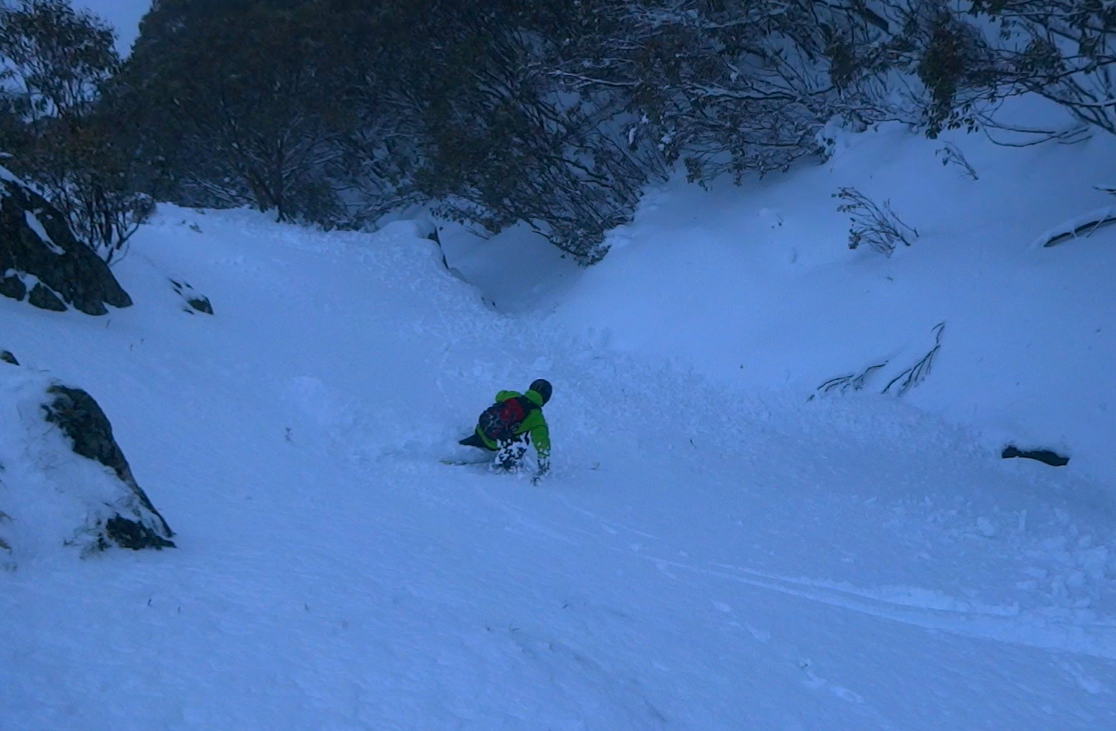