Whilst telemarkers age slower than the general populace (and have been documented tele-ing well in to their centenary), it is nevertheless important to propagate skiing dynasties for future contingencies.
I look forward to having someone to pitch my tent, cook my noodles, massage my tired but strong tele legs, and wax and carry my skis.
"Spending quality time with the kids" is also a very convenient skiing leave pass enabler and activator.
Charlotte began her Sherpa training this year, and yesterday was her first proper ski tour. We were planning on the Bluff-Eadley-Stoney loop, however I was a little wary of a probable overnight freeze knowing that the Bluff is only really good with soft snow. It was also possibly an ambitious first ski tour for a ten year old.
Lucky for us we had plenty of time to make a decision, with new lower speed limits from Yea and the usual conga-line of congestion all the way to the resort entry gate, which had a totally ridiculous three kilometre queue.
By the time we got to Telephone Box Junction, we could have driven to Hotham.
Ahhhh, Mount Buller, how I've missed you!
(note to resort bureaucrats - Hotham got rid of the entry gates and it works just fine)

It was a glorious day with neither a cloud nor a breath of wind. Whilst there was a little bit of bustle at Telephone, we would pretty much have the mountain to ourselves all day. And it was entirely appropriate that since my religious conversion to telemark skiing that I pay homage to the mountain that is Tele Mecca. 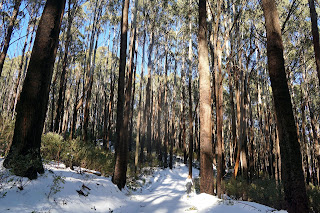 The long skin up to the trig station on the Stirling Summit was very pretty and took us a couple hours. 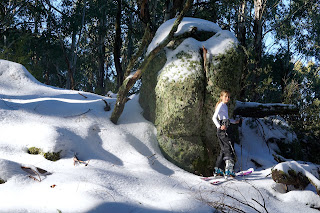 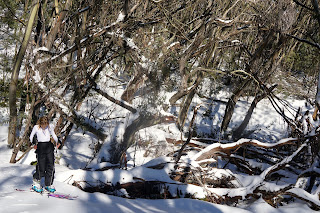 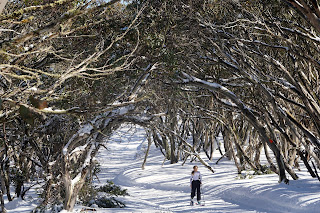 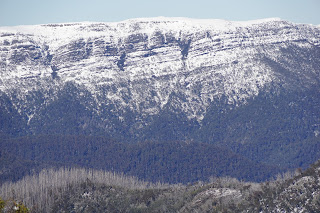 The Bluff looked magnificent, but with the snowpack solid and scratchy, I was happy to have chosen a mountain with some good northerly aspects. 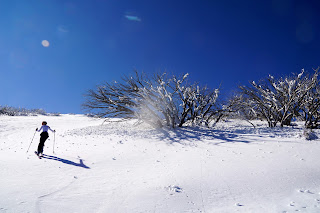 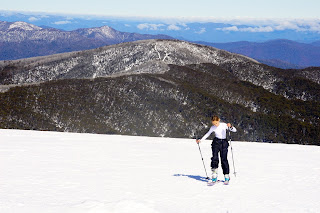 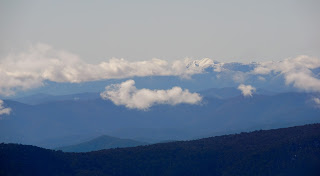 Feather looked awesome, and I worked out that what we've always called 'Buller' from Hotham, is in fact Stirling. You cannot see Buller from Hotham. 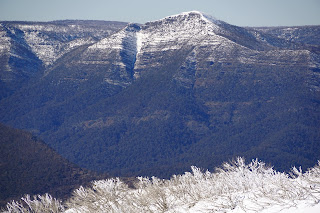 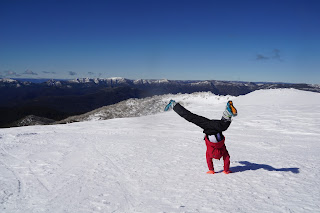 On the summit we cooked noodles, and Charlotte did some cartwheels. It was so still that you could literally hear the snow corning up. 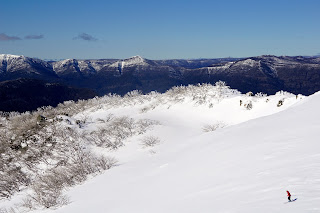 The northern faces of Dugout Bowl were the place to be, and we had several runs down to around 1600m. Charlotte remarked at the bottom of the first run "That was the best snow ever in my life!" Which wasn't far off the mark. 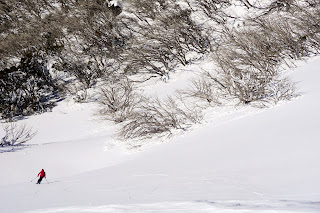 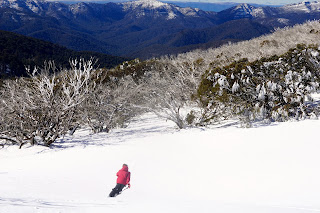 The best corn is cold corn: baked velvet on top but still slick underneath, and that's what we were treated to with Charlotte so excited by each run that she was soon challenging me to 'transition races'.
However it will be a while before she can put skins on skis faster than daddy. 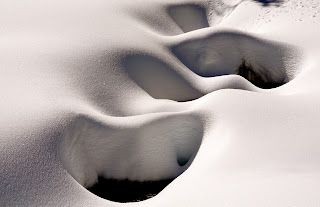 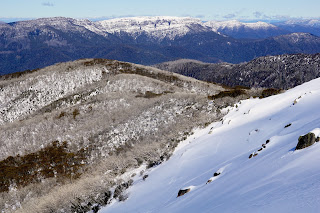 Stanley's was still scratchy, but the views weren't shoddy. A couple of my more experienced tele brethren braved it. 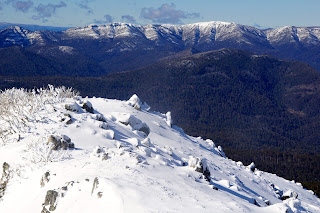 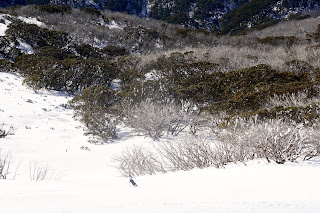 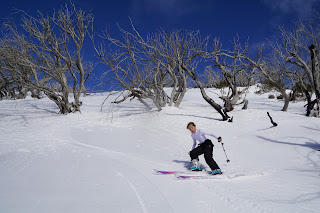 We then had a couple of runs to the north west: big sweeping tele turns through old burnt-out glades in perfect corn - before skinning back up the road past the Timbertop Hut. 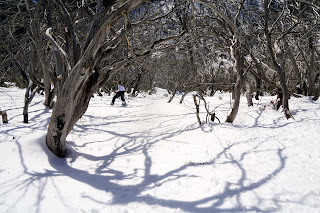 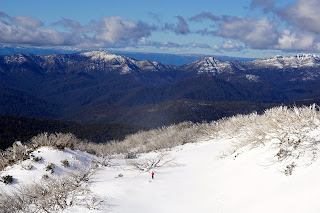 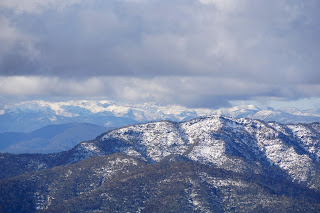 Hotham was under clouds for a lot of the day. 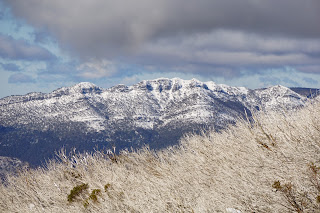 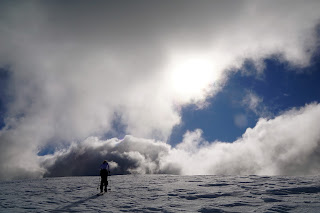 Then the clouds started rolling in on Stirling, with some wonderful light. 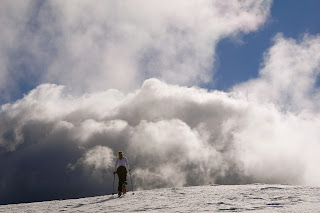 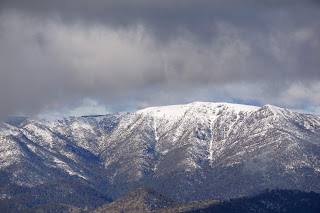 Another reason I was happy to be on Stirling was to get a glimpse of the West couloir off Howitt. I reckon another 50 centimetres and Charlotte will be ripping it up. 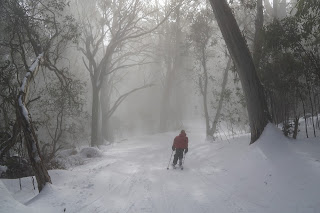 We then dropped down into the clouds for the long ski back to the car. It was all very mystical and even a little creepy. The final tally for the day was 15km and exactly a thousand metres of climbing: a good day out on the High Route, and not a bad effort for her first day out. 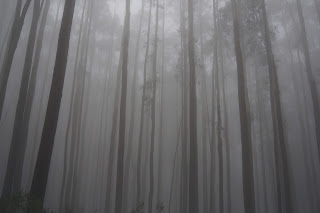