I had a  couple days hiatus midweek and so zipped down to the Prom where the kids were staying with Anne and Dom. On Wednesday arvo we drove into the National Park and navigated our way to Cotters along a track that has overgrown quite impressively since the bush fires; so much so that I'd be surprised if anyone has been there in a long time.
There were lots of animals about, and we had a good old adventure amongst the sand dunes and cliffs. The kids are lucky in that they'll always have this wilderness at their back doorstep.
The next morning we visited Port Franklin and discovered a new fresh fish co-op before I helped Dom unload the trailer at the tip. Then I had to whiz back to Melbourne to hand the car over to ML. 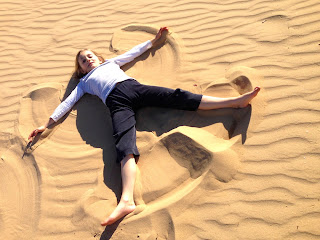 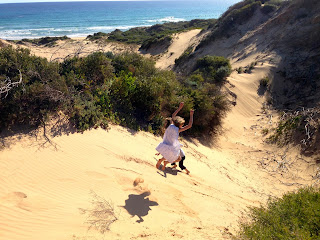 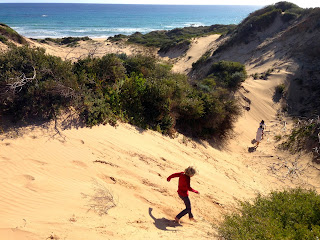 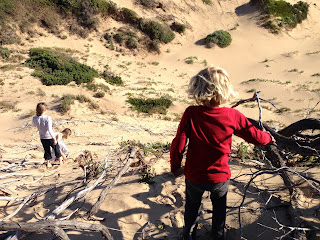 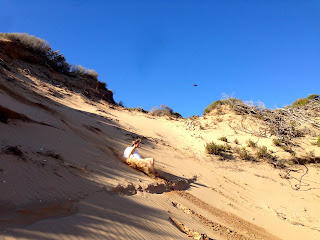 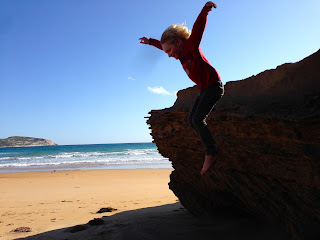 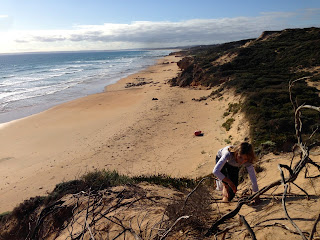 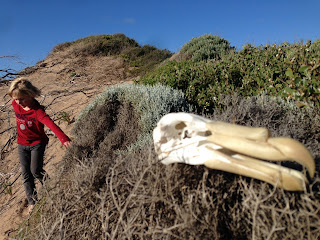 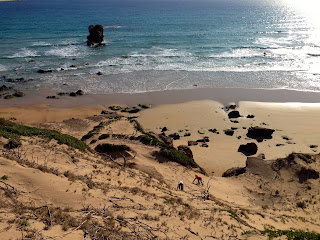 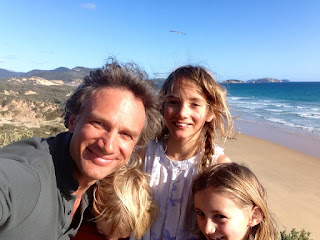 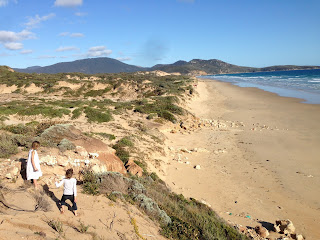 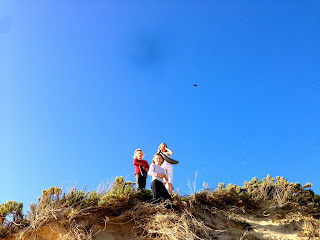 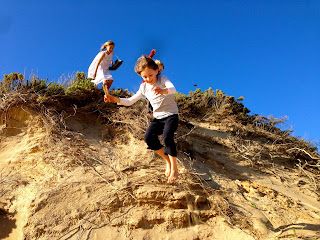 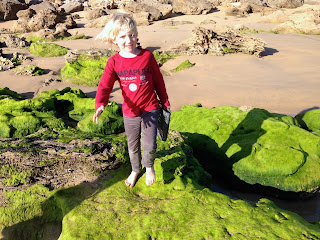 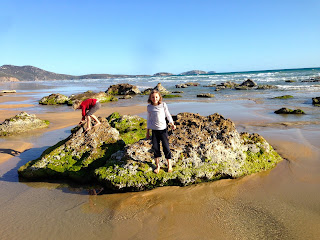 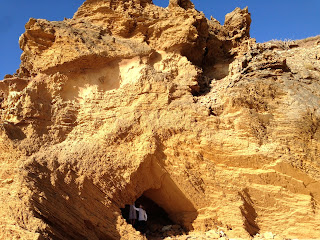 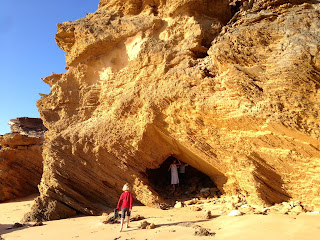 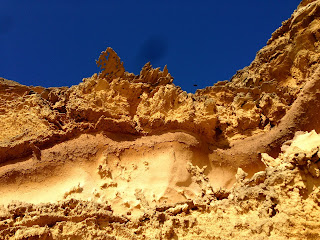 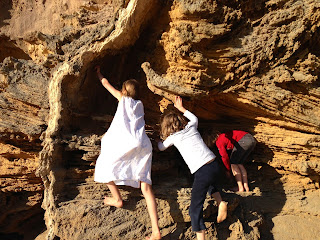 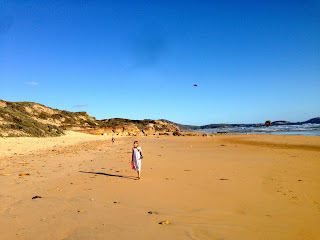 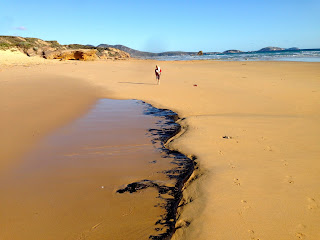 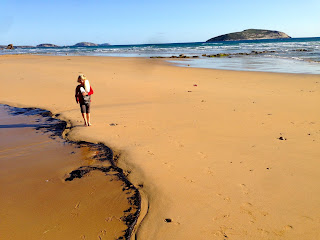 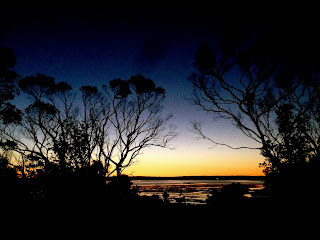 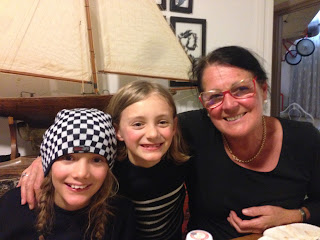