Well the last couple of weeks have been tough and emotional as we bid our last goodbyes to mum, and then organised her funeral and wake at dad's last week. Lots of tears, lots of old friends, lots of heartfelt words, and some relief in a way that she was finally at peace after such a long battle. We certainly crammed a lot in over the four years since her first diagnosis, and despite feeling a bit overwhelmed and destitute, I knew that I had to finally get up to my mountains for some solitude and soulfulness, knew that I would find her there, and find a bit of peace myself.
Despite a pretty lousy snowpack for this time of year, I knew there'd be enough for where I wanted to get to, which is a high plateau south of the Bogong High Plains separated by the Bundara Catchment. I'd last visited this area a couple years back in summer, and found several copses of ancient snow gums that I wanted to revisit. I headed off from DP, down Brandy to the Cobungra which was cold, fast, slippy and up to my waist. The trail up Paling needs a haircut - it was indistinct and almost impassable at times with a 20kg pack and skis, and I couldn't get ski-touring properly until 1500m. The rolling grounds all the way from Paling to Young's Hut was very pretty except for the bits that had been completely cut up by half a dozen skidoos doing circle work, possibly the same bogans who took a chainsaw to the Mt Stirling tree. It's frustrating that this can happen in a designated wilderness zone.
I dumped my stuff in Young's and then climbed up to Mt Jim and a stunning sunset amongst some of the oldest and most awesome snow gums in the universe. One particular copse of 6 trees could actually all be the same tree, and possibly as old as 500 years. Their forms and colours are so extraordinary, aliens, that I can hang around them for ages - like being in a sculpture gallery (and seemingly with a decent firebreak), and it gives me great comfort to know that they are there.
The night was freezing with lots of marsupials, and little sleep. However the sunrise the following morning was magical. Mist rising up from the Bundara Valley was freezing and coating everything in fine crystals, but also creating a "snowbow" phenomenon, and I could feel Annie's presence all around me. It was all very beautiful, surreal and wonderful.
I skied north, almost to the Jaimathangs,  then down to Westons before retracing my steps all the way home. Whilst planning for a 2 night outing, rain was forecast, so I stayed the second night back at DP. 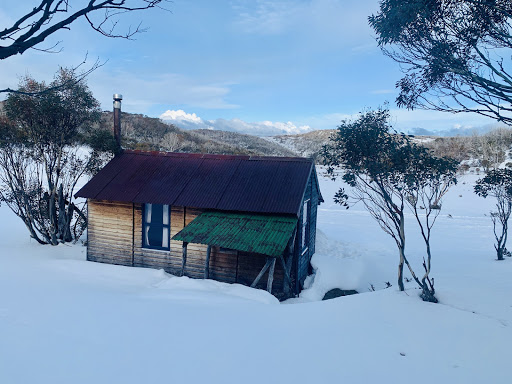 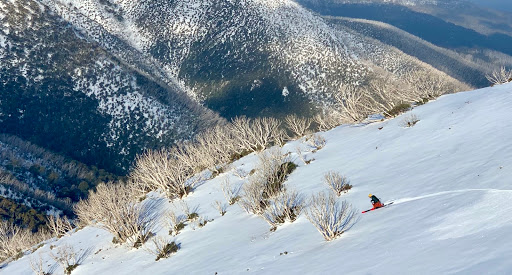 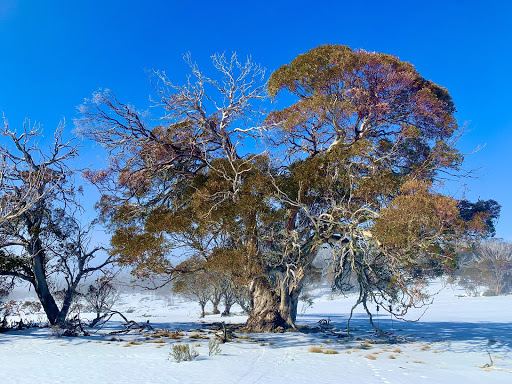 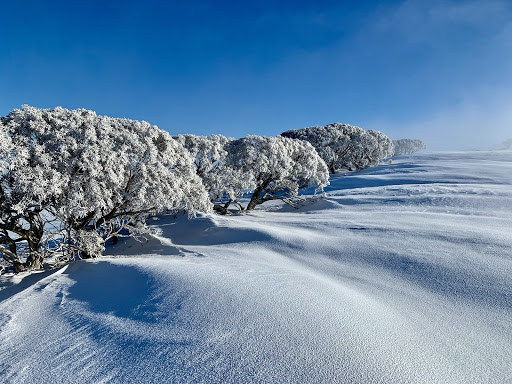 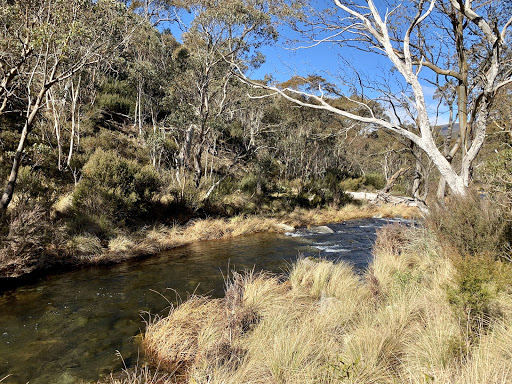 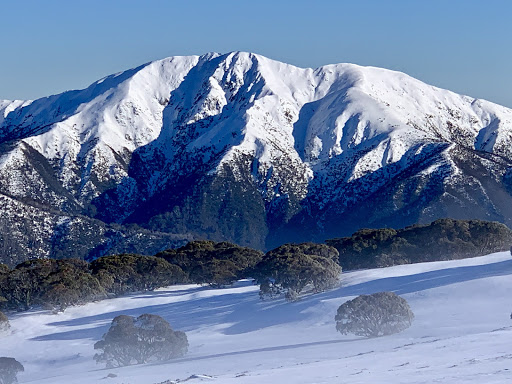 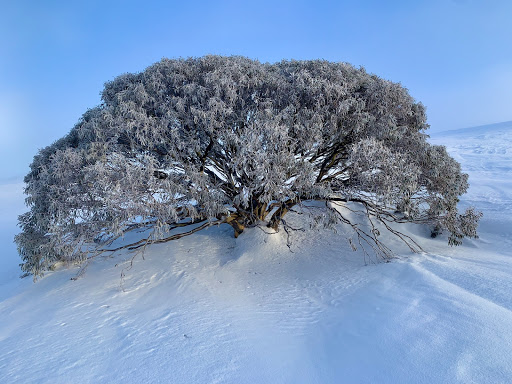 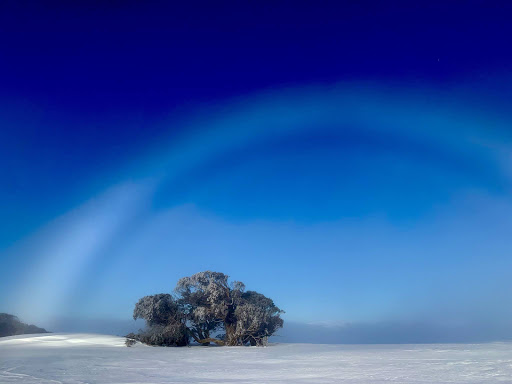 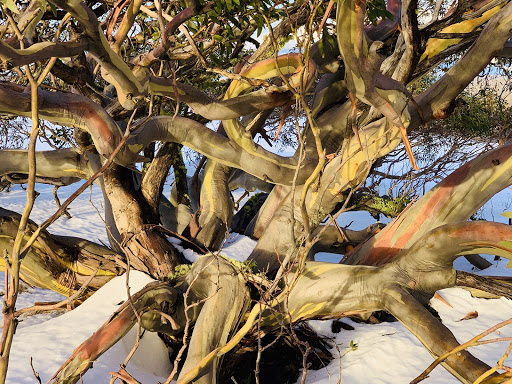 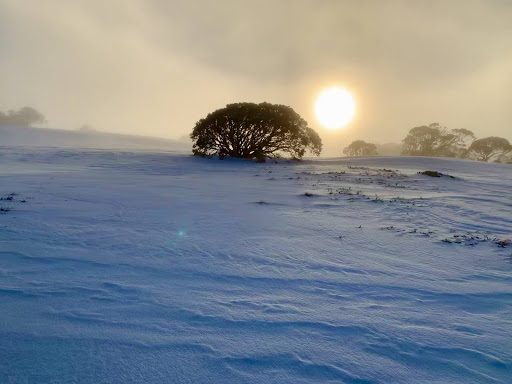 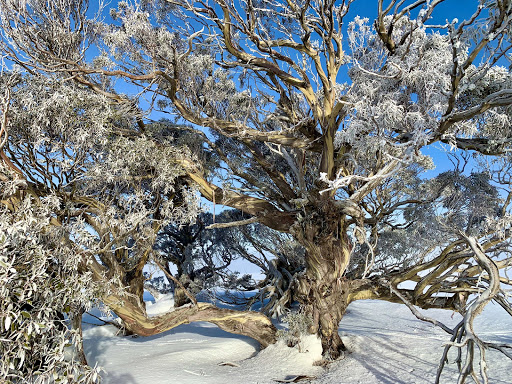 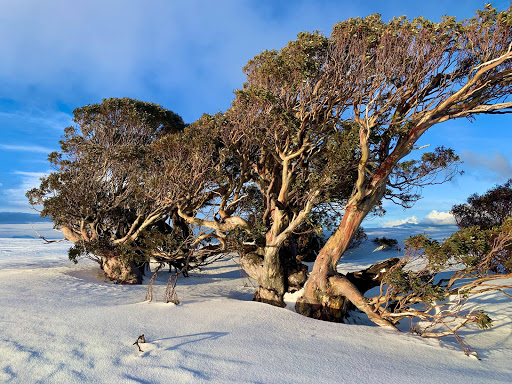 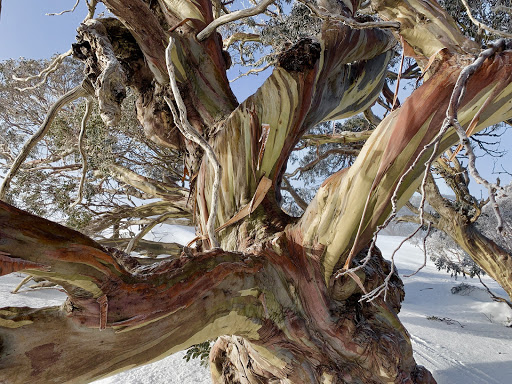 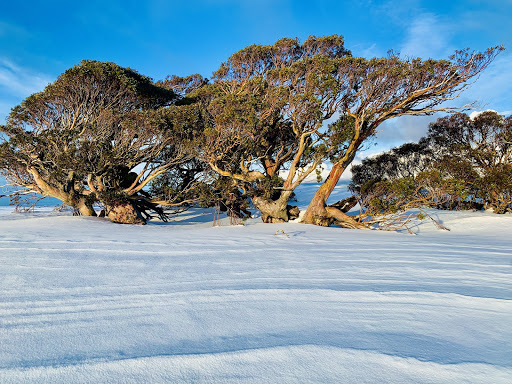 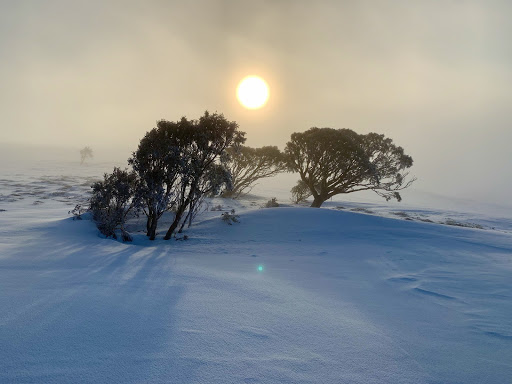 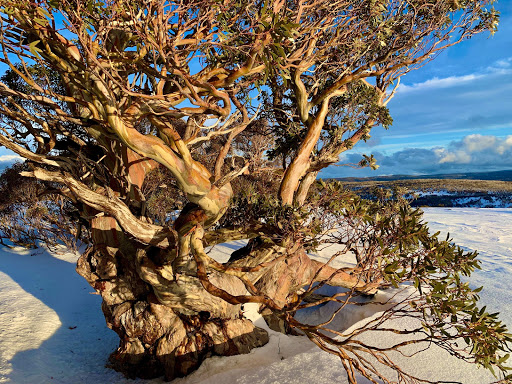 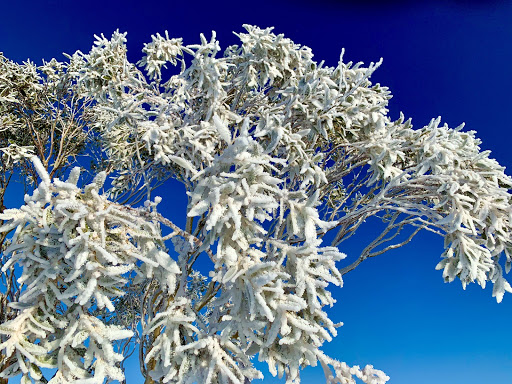 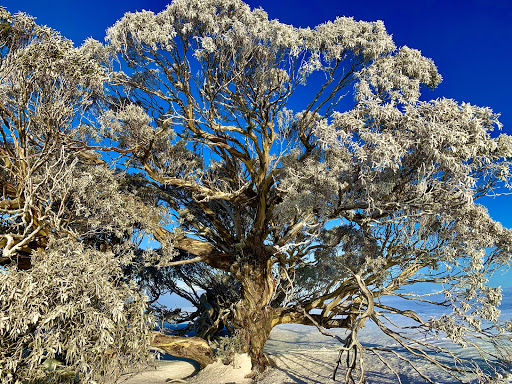 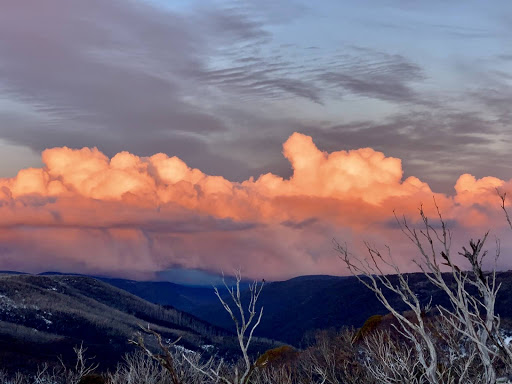 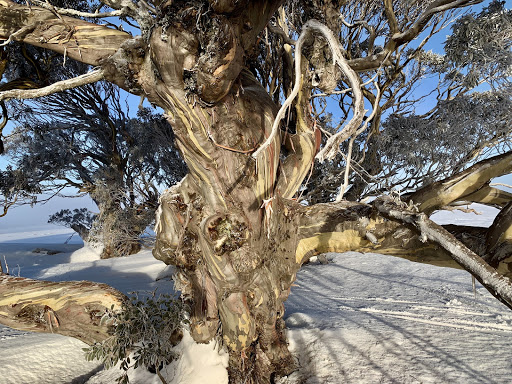 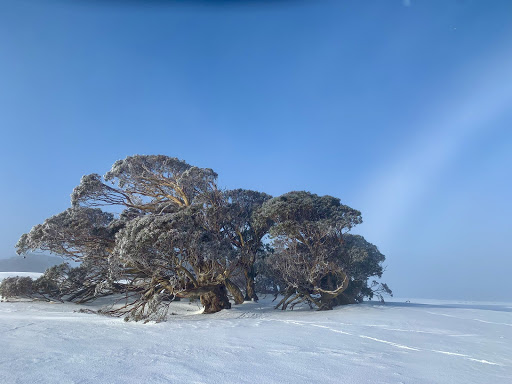 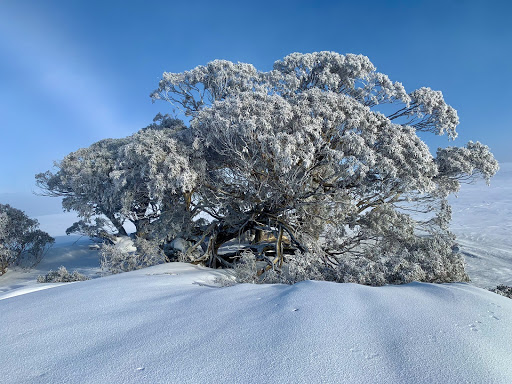