We woke to general pukage. With 10cm at this low altitude, things were obviously going to be precarious up high. At this point on the High Route, one can opt between the harder and more technical "Classic" route, or take a taxi to Verbier, which is the easier and more frequented route with better huts. Luc had chosen the latter for us, possibly because of the huts, but more likely because he hadn't known our abilities. And on a day like today, we were glad for his discretion.
Leaving the last lift at Verbier, I felt an awful sense of foreboding. As a father of three, just how sensible was it to be heading off into a high alpine wilderness in the middle of a blizzard with the avalanche flags flapping at a seriously upgraded level three?
Even Luc didn't bother with consulting his mobile under the pretence of texting a friend. He had the Garmin out and was consulting it every 50 meters. The only consolation was that there were other idiots doing the same, including a group of elderly Japanese gentlemen (average age 75!) who were travelling with a young Italian guide who couldn't communicate with his group. As if only to instil confidence in our situation, Luc remarked frequently on what dangerous lines they were skinning.
However it was on this day that the jet lag began to ebb, acclimatisation started to weave its wonders on oxygen carrying capacities, and we finally gelled into an alpine touring unit. Our steps ever upwards began to resemble the mechanised clockwork of the Swiss, our tips and tails moving in synchronisation, inches apart.
And then, on top of one of the half dozen cols we ended up crossing that day, the most remarkable thing: a dog. Some party had chosen today to do this tour with some mates and their dog, just as I might whizz out to Feathertop and back alone without a worry in the world. It finally dawned on me that this was a new kind of normal for people of this part of the world and that nothing bad was likely to pass.
I think we all sensed it. If a dog could cope (with every skin transition, she would jump up onto a relatively warm pack to keep her feet warm), then so could we. As the snow continued to pile up past the half meter mark and other parties decided to retire to the valleys, we decided to kick on up to summit Rosablanche - if not for the views which are allegedly sublime, then for the kick-arse powder descent all the way down to Prafleuri, where we were finally rewarded with a clearing in the weather and a hearty roesti washed down with several beers at puffy o'clock. 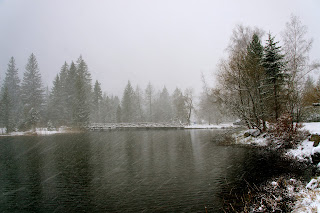 Day 3: Taxi from Champex to Sembrancher (Verbier). Skilifts up to 2894m and then progressive descents and climbs to the Col de la Chaux (2940m), Col de Louvie, and Col de Momin all through a blizzard. Despite the poor visibility we decided to climb Rosablanche (3336m), and were rewarded with a magic powder descent to Cabane Prafleuri (2662m). 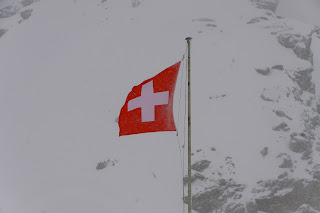 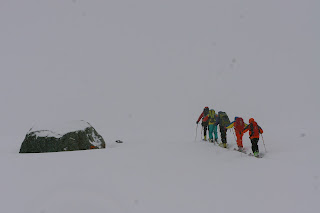 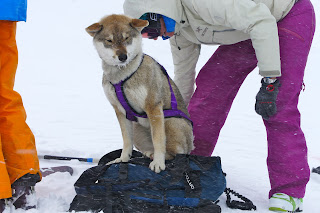 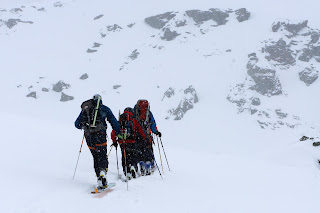 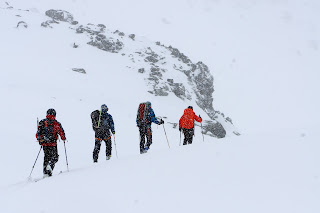 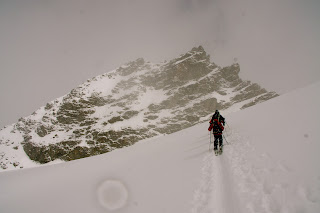 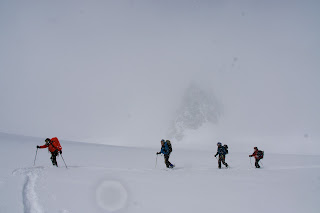 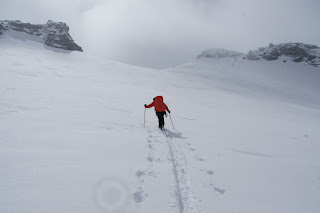 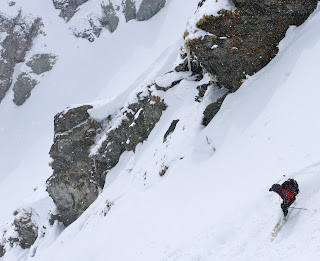 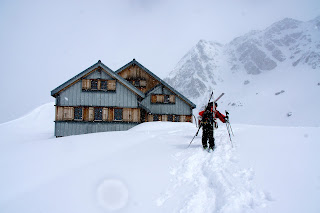 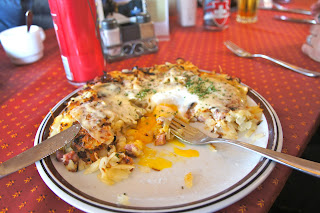 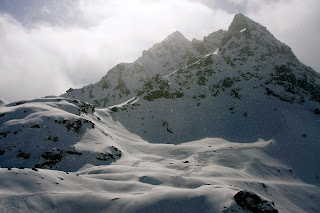 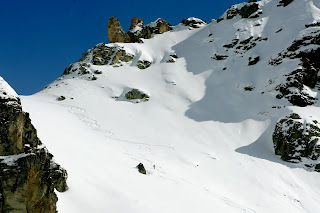 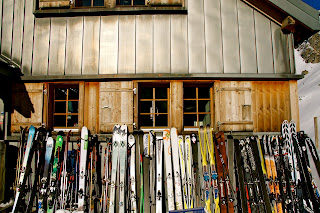 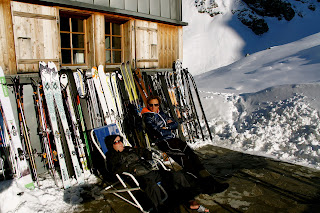 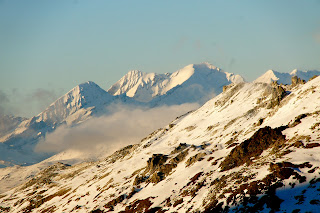 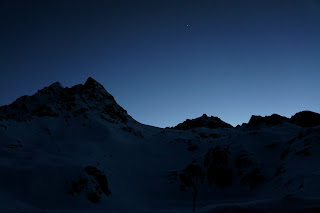 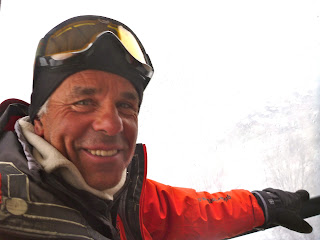 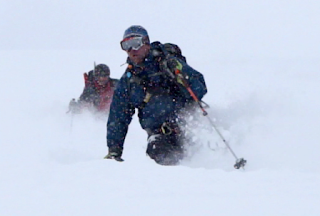