The High Route can be a bit of a goat trail during the peak touring season around Easter. This is good, because the trail tends to follow the safest consensual line, and there is generally someone in front and behind you if you get into trouble. Some days are longer than others and necessitate early starts to avoid being exposed to warm slides under south facing slopes.
As the planet warms the glaciers are retreating, in some places alarmingly so. And whilst the High Route is always changing from season to season, there are several places that are becoming increasingly challenging or dangerous. It is foreseeable that the High Route may no longer be possible for amateurs like us in a few decades.
Glacial travel is is a little disarming until you get used to it. You can sometimes feel the massive river of ice move beneath you, and you are always conscious of danger, with the idea of falling down a crevice a perpetual dread.
Things whip past you all the time, and a climbing helmet is more to protect you from these than any falls.
We had a few mates leaving the week after us and they'd elected to not take a guide. Whilst this was fairly heroic, I was glad to have Luc who had done this route several times a year for nearly forty years. Guides know more than just the route though - they are a wealth of stories, histories, culture and informations. They are meteorologists, geologists, environmentalists, tacticians, psychologists and pace setters.
Anyway, there was plenty to think about during the long and fairly tedious traverse along the Dix reservoir. I also started getting texts from my cousin who evidently had a brother-in-law who had suddenly become very sick in Cambodia and needed advice. I started to wonder what I was doing away from my own family.
The Cabane des Dix was very charming. I particularly liked that we had to hang our ice axes in a neat line at the entry - they didn't want any trouble.
We had a snack, and then decided to climb up to La Luette for a run down in the powder. Only Luc and I summitted, with the others dropping off after various levels of exhaustion. Spoke to my cousin on the top and got him in touch with some colleagues, and then an awesome run down through untracked pow, which is always a nice way to end the day.
There was a good crowd in the refuge that night. The old Japanese gents were still on our heels, and there were other groups from every corner of the planet, all come to pay homage to the most famous of ski tours. We enjoyed a good three course feed with some fine pinot and genepi. The refuges sure beat our cattleman huts! 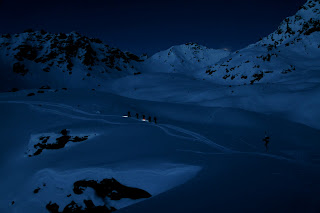 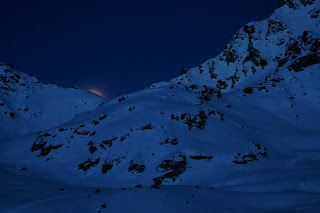 Day 4: From Cabane Prafleuri (2662m) we climbed to Col des Roux (2804m) and then followed the long and boring but avalanche prone skirt along Lac des Dix to Pas du Chat, then a gentle climb to Cabane des Dix (2928m). We downed an awesome roesti, and then spent the afternoon climbing up to La Luette (3550m) for an awesome powder descent! 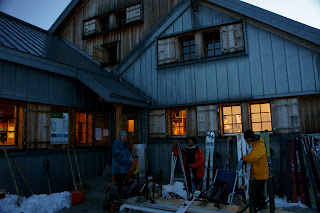 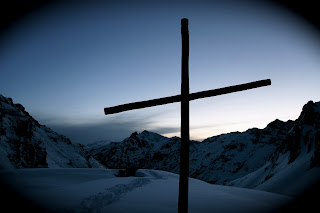 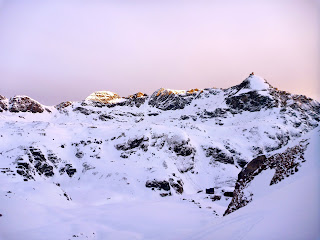 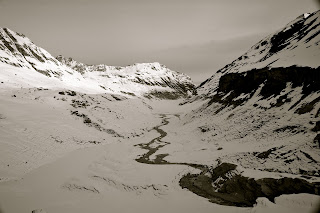 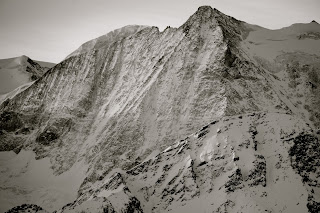 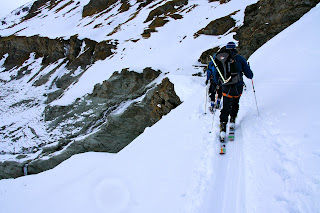 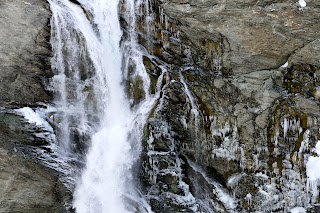 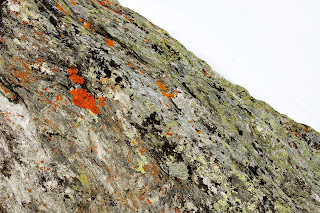 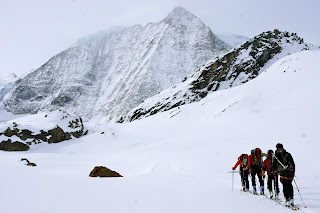 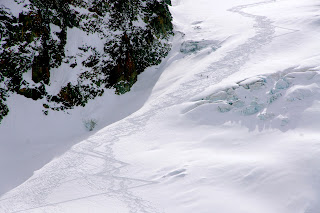 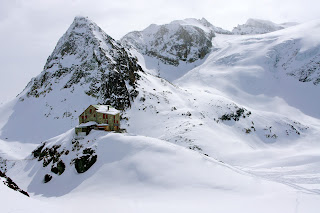 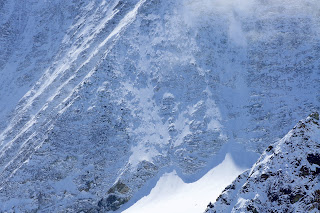 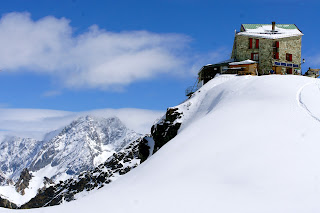 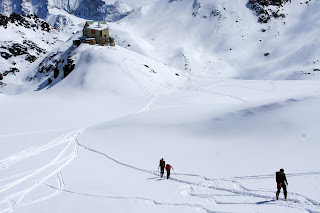 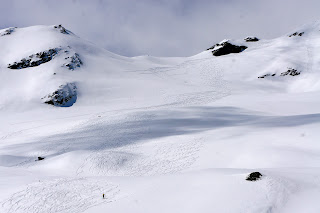 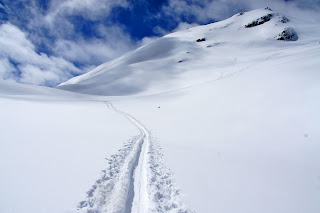 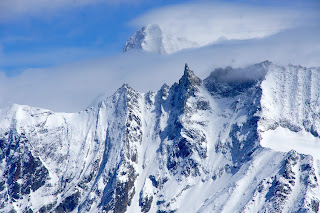 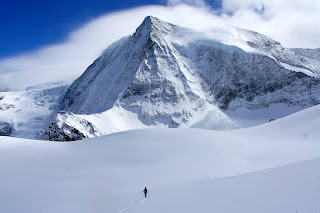 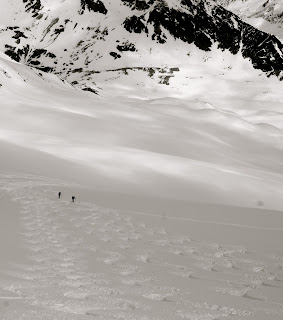 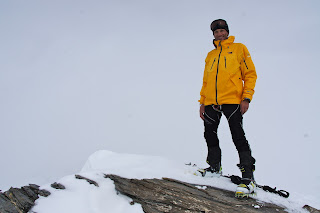 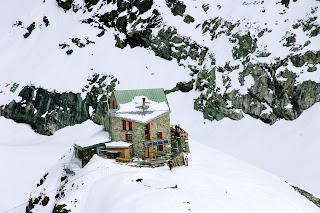 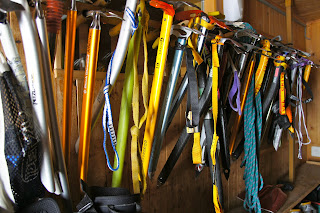 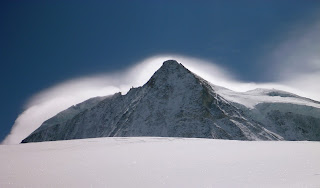 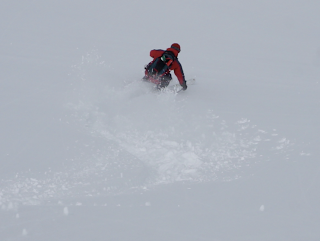