Had the day off Tuesday so headed up the hill for some running. I wanted to see what the fires had done to the Razorback, however it was still pouring rain at 5 a.m. at Diamantina so continued on to Dinner Plain for breaky and a coffee and then a light run out to Paw Paw Plain. There was more snow still left at DP than up at Hotham from last week's system which had come in from the SE.
At midday I headed back to the Razorback where the weather was finally starting to lift. I got to the true summit of Feathertop in just over an hour, and mucked around the cliffs of Avalanche Gully for a bit before a slower jog back to the car.
The lowlands along the Razorback are now wastelands which, whilst good for ski-touring, won't hold much snow this year. Any snow that settles at these lower altitudes will melt fast. And burns on some of the steeper terrain have eliminated vegetation that previously would have aided bonding - I think that there will be a heightened avalanche risk this year on these slopes, with loose scree acting like a facet layer.
The light on burnt, unburnt, old-burn and regrowth provided some interesting variegations.
Some of my favourite old snow gums which have sheltered us in the past got fried, but all of them regenerating already.
With the road not opening until 1630 after another day of earthworks, it was a slow and stinky trip back down the mountain. 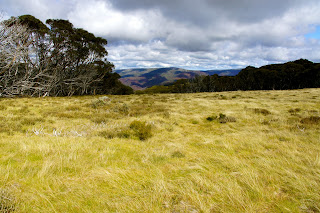 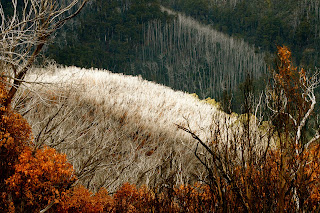 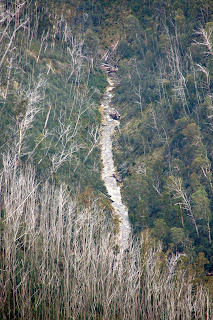 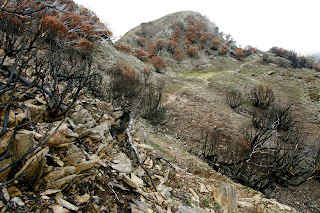 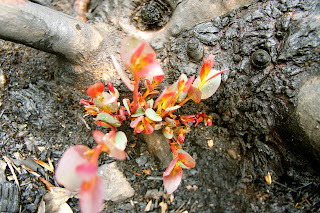 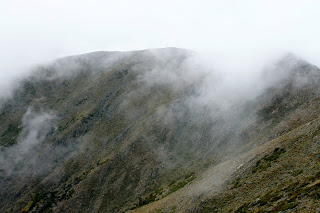 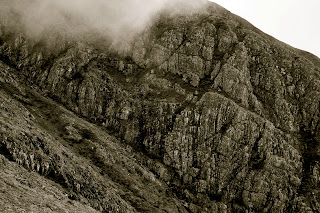 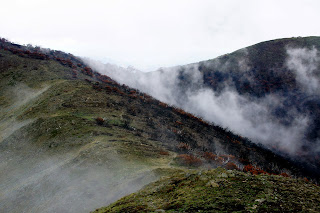 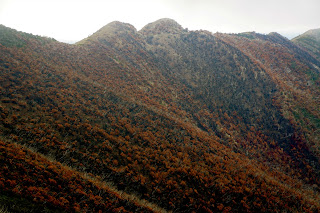 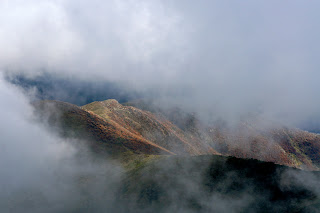 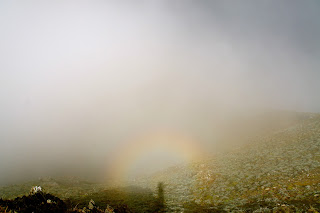 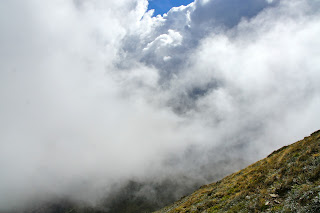 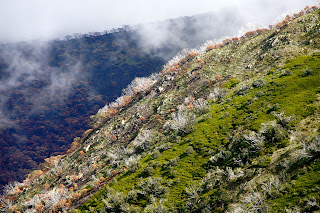 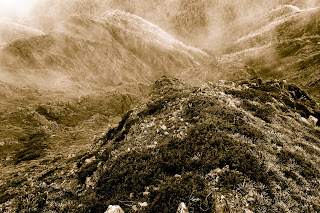 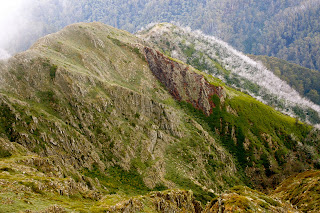 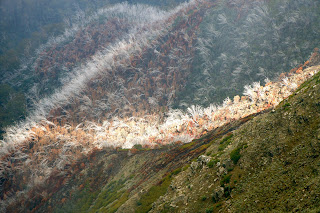 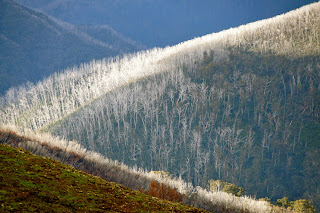 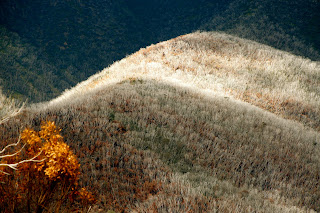 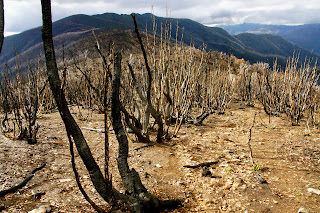 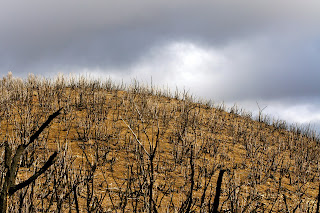 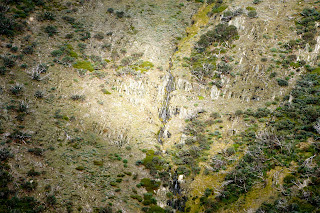 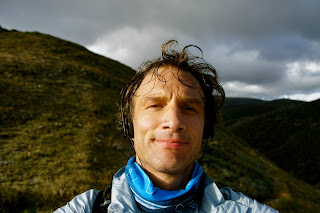