This weekend was our Crosscut Saw weekend. It had been pencilled in for a long time. And somewhere near Mt Speculation tonight, my mates are in tents braving gale-force winds and likely heavy rain. Tomorrow morning they will have to trudge twelve odd kilometres back to Mt Cobbler in a blizzard.
I should be with them and I feel for them, I really do - but the forecast has been evident for a while, and I wanted no part of it. After skiing Mt Blanc last month, I have become fully soft. But I've also since been thinking a bit about my own mortality in the context of being a father of three, and of the greater importance of fatherhood. (That's why I still had to get away this weekend...)
Neither Scott nor Morry could be convinced of powder, a comfy bed, red wine and a hot fire, over misery. But I have climbed with Scott before and am aware of his particular summit-fever-syndrome. We have climbed volcanoes in blizzards despite the probability of chest deep powder - and Scott would have in fact summited Everest if some A-hole hadn't stolen his oxygen.
I recently watched an Interview with Christophe Profit whose three point meme of 'preparation, confidence and conditions' rang true for me after Mt Blanc when I was fortunate enough to marry all three. If you don't have all three, then you're best off in the soft country of Hotham where you'll never get lost, are unlikely to get trapped or hammered by the conditions, and can usually find awesome untracked snow on some aspect nearly every day of the ski season.
The drive up on Thursday was very pretty after an overnight foot of fresh, and we headed straight out to Orchard, which the authorities are keeping closed because they're a bunch of greedy cheapskates who are shit skiers, and who don't even care much for skiing (over and above herding the entire mountain down Slalom Gully). By the way, they don't check tickets at Gotcha and haven't installed one of their dehumanising scanners. (Here's a novel idea - strip tickets, like the 70s. Or just make the lifts free - they'll be arriving in droves.)
Anyway, it was good to get away again from the resort cattle chaos with Darbs, Hans, and Pete. We had half a dozen runs in ankle-deep quality snow in the Orchard area before heading out to Loch where we met Britta, who had already done a good job in defacing Machinery. Darbs had last met Brit at Mt Olympus where they filmed a low-budget dirtbag BC telemark ski flick.
(http://www.youtube.com/watch?v=uBcRBi1dKEw)
Brit telemarks how I imagine I'd like to telemark if I could be bothered. We all had a few runs before heading back to Zirky's to meet Murf for a backcountry Shofferhofer.
Today Darbs went soft, and Hans and I were planning on the Workshop Chutes - however just before cafe-o'clock I skied the main chute below Oz Drift and was pleasantly surprised by ankle deep powder which was mostly wind-drift from the howling forces above, but with no windpack. The climb out was difficult as usual, but I was enthused enough to talk Hans into an afternoon spent needling all of the ridges and chutes of this awesome and vast terrain. With sun and good snow, it doesn't get much better. 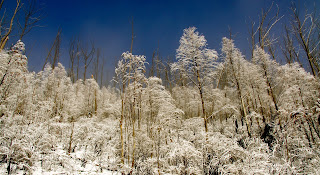 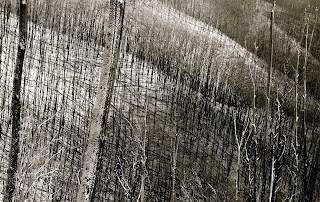 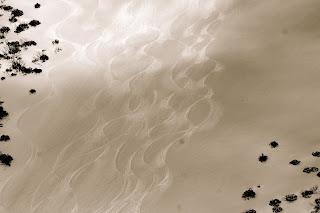 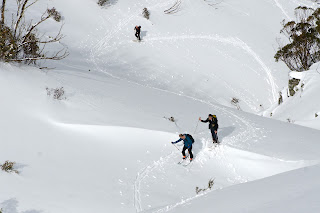 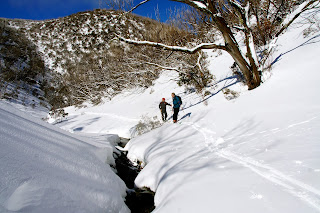 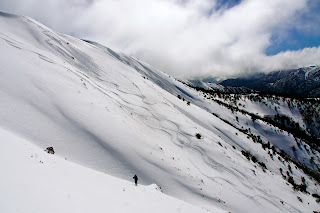 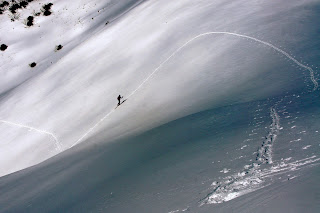 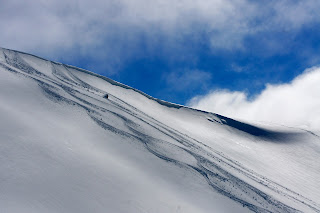 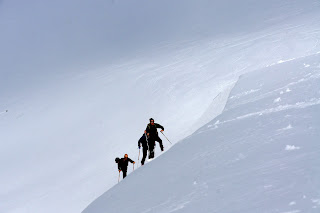 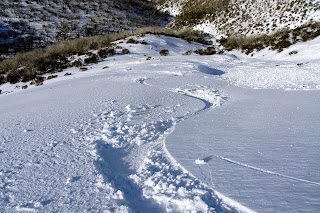 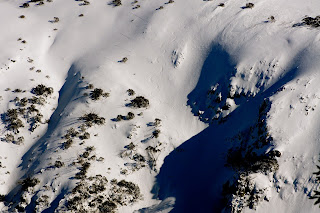 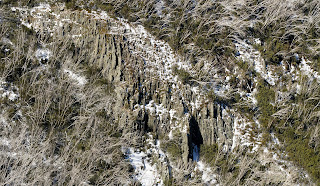 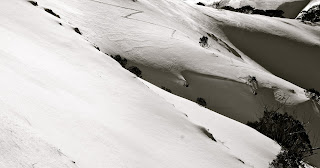 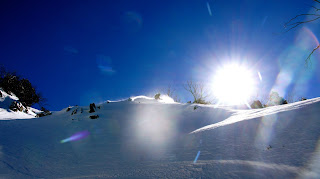 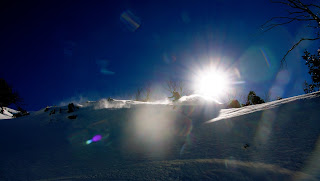 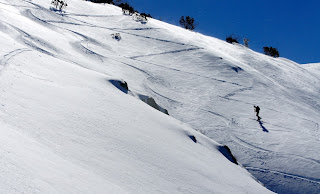 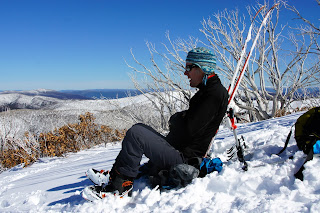 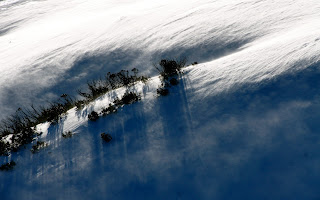 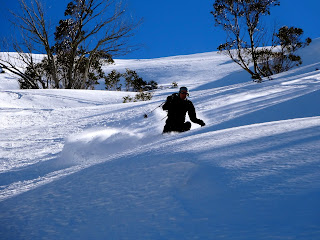 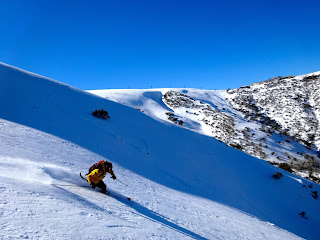 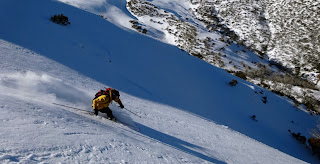 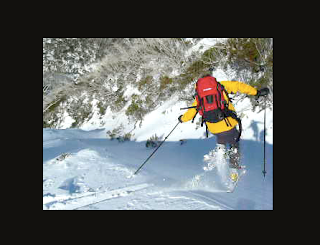 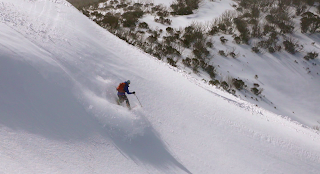 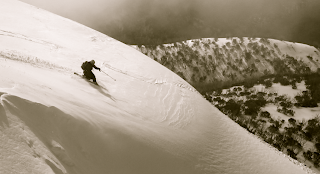 This weekend
Posted by Mike Garrett at 05:23