Sunday was a pretty ordinary day with strong warm northerlies. We had a leisurely morning of lattes at DP before Stu, Simo and Cavey headed back to Melbourne.
Darbs and I were thinking about The Twins, however the wind was very unpleasant with rain forecast. It was then that we spied Mt Smythe, which has been left even more exposed from the bush fires.
We drove down the Great Alpine Way and could vaguely imagine a line from the summit, which itself was quite easy to skin to from the road.
It was pretty sketchy in parts, and we had to climb down a small section. We never linked much more than half a dozen turns, as there was still a lot of carbon poking up through the feeble snowpack.
And only a pitiable 150 meter vert.
Regardless, we're claiming first descent - before the fires it would have been impossible and nobody has been stupid enough since.
There is no doubt that with good snow, there would be some cracking lines with the glades down through mature burnt mountain ash below the cliffs particularly nice. 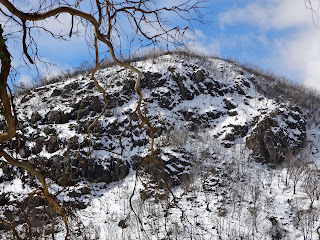 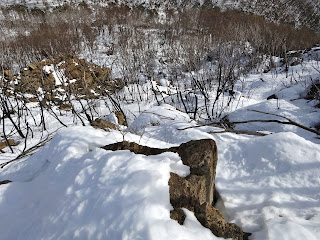 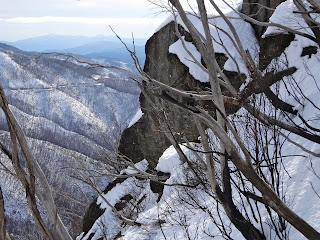 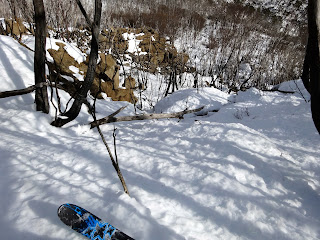 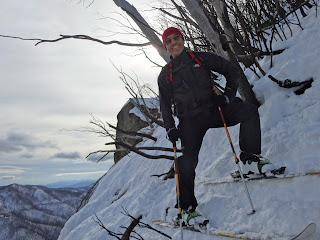 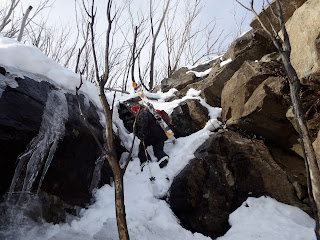 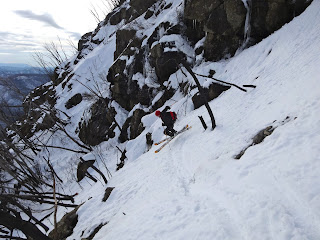 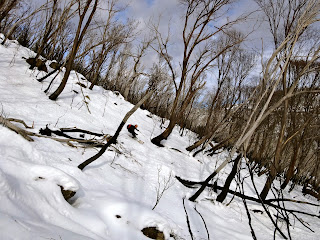 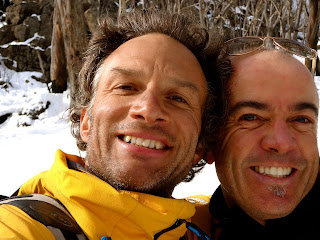 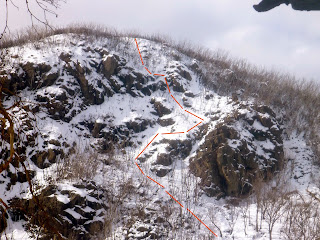 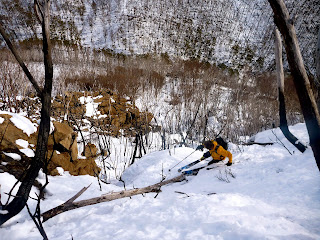 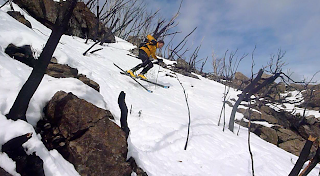