I set off yesterday to try to answer the age old riddle: if a lone telemarker sets off into the forest, does anybody care?

If you can snap off a day skiing in May, that will usually mean a whole six months of skiing on this vast southern desert island. Half a year.

It was three months since my last ski and I was getting tetchy. After a night of on-call, I had the day off, which timed perfectly with a crazy-cold overnight southerly fetch, fresh from Antarctica. Baw Baw would be one of the few places on the entire planet with fresh powder snow.

It was still snowing down to 500m on the drive up and most of the sleepy country towns had a dusting of snow. I love a good winter storm and the drive was very pretty.

There was the usual carnage on the alpine road consisting mostly of 2WDs who thought they'd wing it up the hill with no chains and had predictably ended up in a ditch. The road was blocked at one point, and I got grumpy and took the opportunity to whack on chains which made me even grumpier.

It's tough living with an alpine equipment obsessive compulsive spectral disorder. I knew that if I wanted to sneak yet another pair of skis past the Minister of Discretionary Spending this year I'd have to dream up something wild. "I'm taking up telemarking"I insisted, like telemark skis have seven existential surfaces or nine random dimensions. Anyway, I think she thought I said telemarketing and bought it. She'll just buy more shoes.

Middle age seems a time when most telemarkers are considering switching to AT because of their ageing wonky knees and the impressive evolution of AT. I wanted to reverse this trend and get back to basics... chill a bit... add some art to my skiing. Some new challenges and horizons. Flex and stress my neuromodular plasticity.

I also wanted to buy a pair of Meidjos. In the future when the planet is cooked, skiing palaeontologists will posit Meidjos as the missing evolutionary link between tech (AT) and Tele. I will review these very elegant and funky bindings properly later in the season when I don't suck so bad at telemarking.

Anyway, after some technical difficulties with these same, I set off skinning. It felt SO good to be cutting a trail up through a very substantial fresh snowfall. The snow gums were still dressed in their autumn colours and looked almost as startled as me to find themselves in so much snow.

On my first line I simply experimented with parallel turns, which were surprisingly easy heal-free.
It probably wasn't the best snow for a tele beginner, and my next few lines experimenting with tele turns were hardly graceful. It's challenging for a middle-aged brain to do the opposite of what it is has done for the last forty years. But on my fourth line it finally happened: my very first real telemark turn! It was seductive and beguiling, like a slice of hot melted butter through the frontal cortex. Then I went through some breakable crust and over on my arse and the dream was shattered.

Anyway, it was an honest first gig, and things will inevitably improve once I grow a beard, buy some flannel and smoke some weed.

On the way home a massive ash came down in front of me. Because I was still in a Tele state of mind, I managed to come to a calm stop, and dealt with it using ropes and winches.

I had to drive back via the Prom because a tree had also come down on our house. There were storms and winter light over the Latrobe Valley and everything was beautiful.

Even Moe, Hazelwood and Loy bloody Yang were bathed in Tele light.

And I got several Tele rainbows. 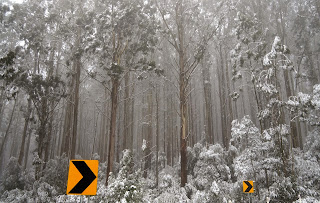 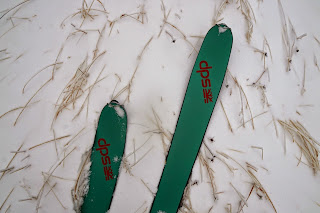 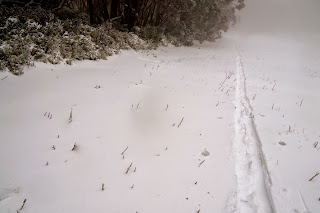 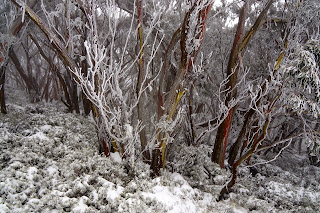 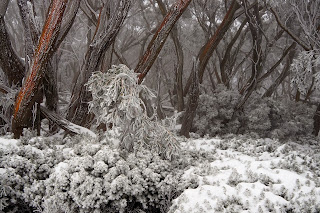 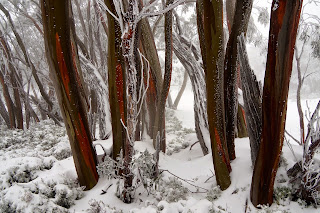 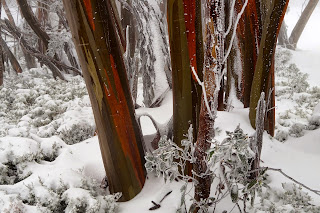 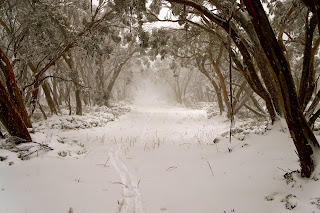 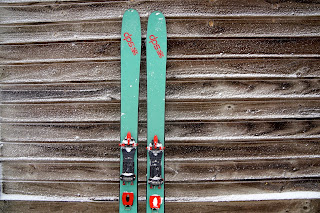 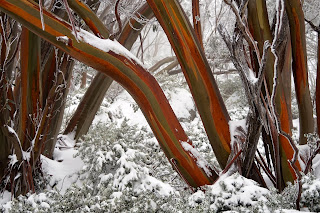 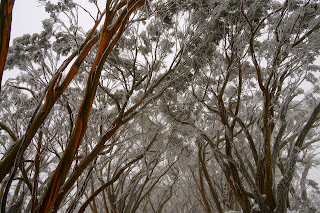 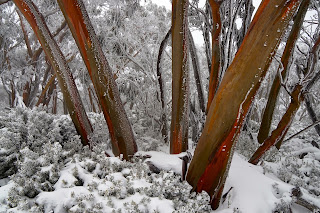 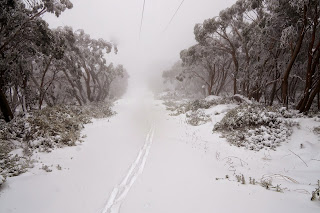 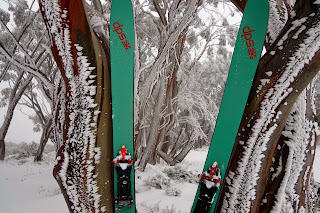 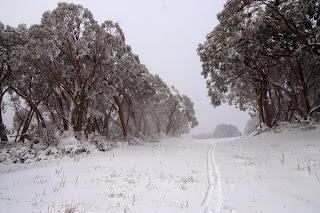 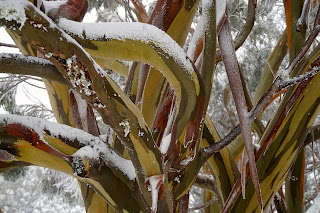 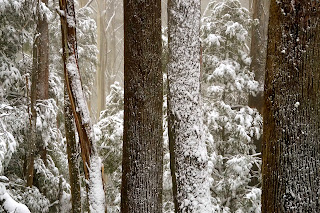 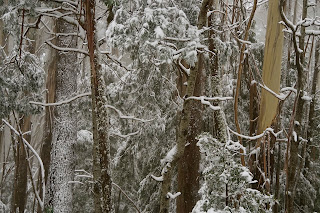 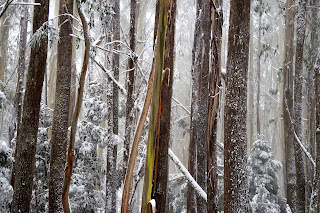 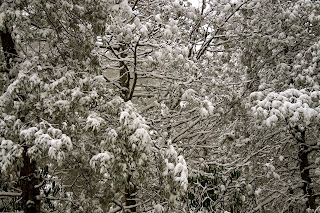 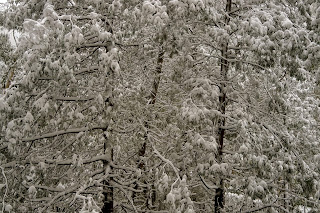 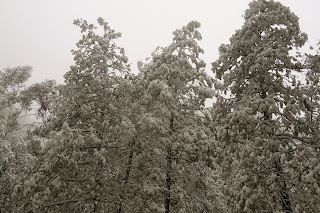 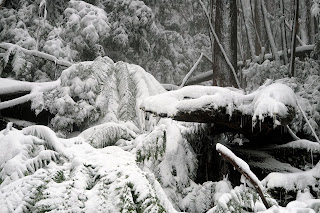 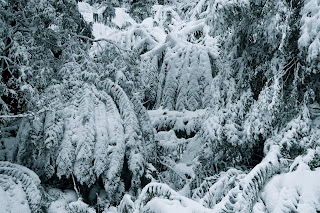 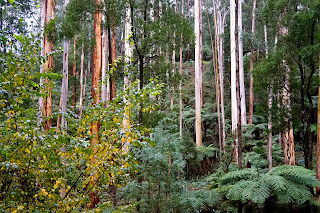 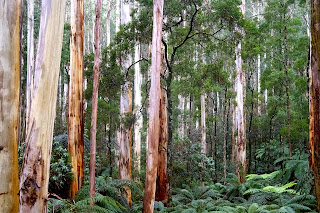 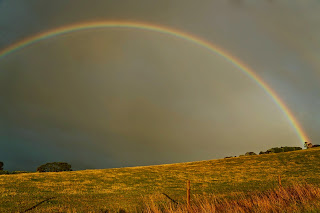