We had a nice family long weekend with some quality spring snow. After a small top-up during the week, and despite the warm weather, the snowpack is holding up OK.
Most of the weekend was spent en-piste trying to improve the kids' speed and techniques, as well as my own on teles. Whilst I still suck, I am totally addicted.
On Saturday morning I took Cody from Wyoming out along the Razorback as far as Molly Hill.
We set off from Diamantina at around 0600 in spectacular light, and whilst the cover on Feather is great, some high cloud was keeping the snow firm and the visibility low, so we had a nice long line east off Molly instead of summiting Feather, down to around 1500m.
I had another terrific line south off High Knob and was surprised by how low down it was possible to ski to, and then climbed back up to join Cody at the top of a chute he'd spied several hundred metres back along the Razor from Twin Knobs towards Diamantina. I'd seen this one before, but it had always looked too scary midwinter, and the exit unclear. Anyway Cody went first and it was great, with a good runoff and easy climb out to the west up the more gentle gully. I then bid goodbye to Cody because I had to get back to meet Marie-Laure and the kids on the summit for lunch.
Sunday was hot and bluebird, and the snow soon warmed into glue.
Spring had well sprung, and animals were emerging. We had a run in with an echidna, some hares, and that's not to mention the evil wombat empire.
Down in Bright the blossoms were splendid, as was the pizza in Avenel: a great start to the spring ski touring season. 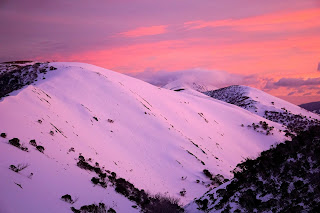 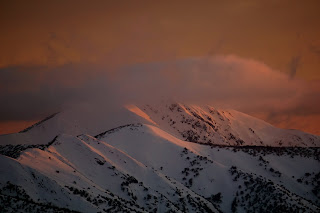 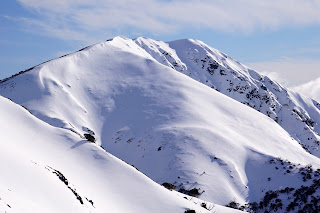 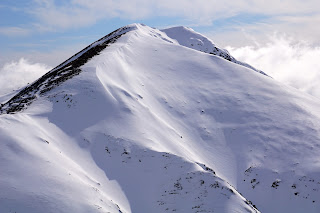 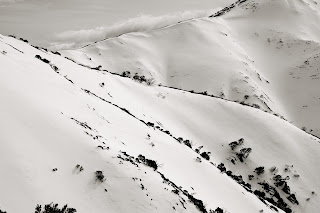 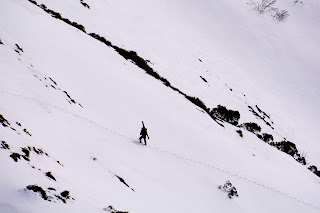 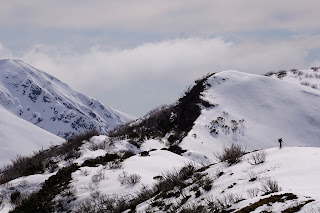 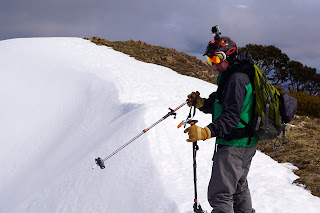 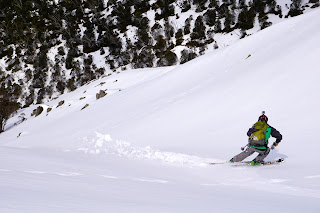 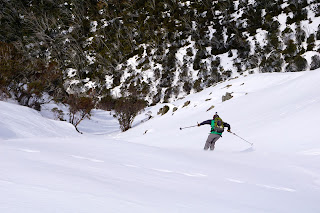 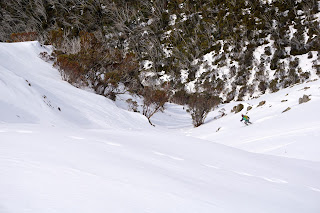 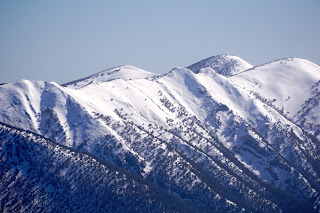 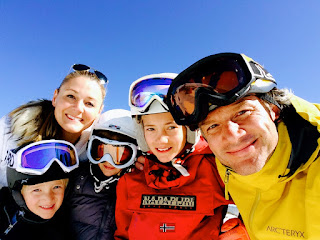 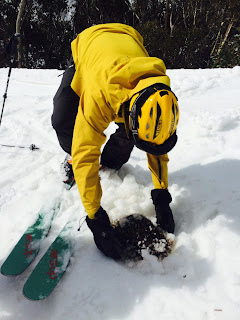 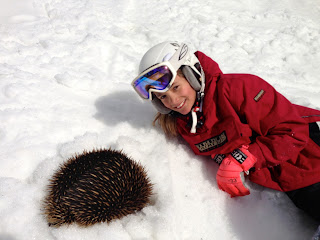 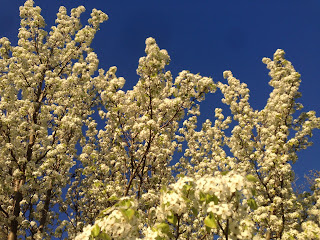 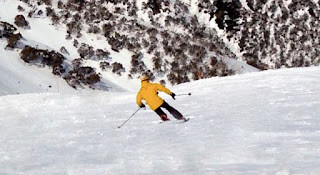