The Main Range really turned it on for us last weekend. After big snowfalls to low levels, the only trick for us Mexicans was trying to find where all the good stuff had been deposited.
We spent Friday exploring Thredbo's awesome terrain - it really is a world class resort when it's on.
On Saturday we tried to sneak in to the Leather Barrel, but from the top of Ramshead it was a fortress of boilerplate. A renowned member of the forums suggested sneaking in via the Golden Gully, but after a worthy sniff we decided it was just too dangerous without crampons. The day was sunny with not a breath of wind; a bit of a rarity for these parts in my experience.
We got a nice line on fresh windblown east off the Ramshead summit, and then climbed the Southerly Ramshead where we got a similarly sweet line southeast - all the way down in to the Bogong catchment. Amongst the trees, whilst gentle terrain, the snow was superb. We had another couple before climbing back up to the ridge to ski down to DHG and managed a lift home from a renowned KNP guide and photographer.
On Sunday we pushed further south (towards Victoria where obviously the snow was better), and had several lines off the Southern Ramshead down terrific rocky terrain, with amazing views stretching forever. We finished by continuing along the ridge down in to Siberia where I'd previously left the car after an early morning jog. Then the long slog back to Vicco.
Will hopefully return for the thaw later in the season. 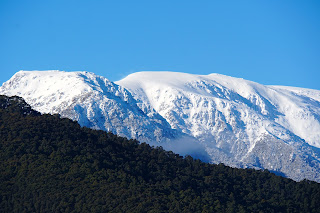 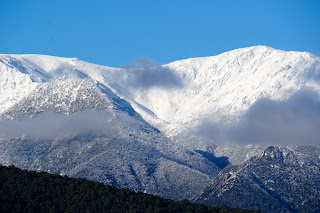 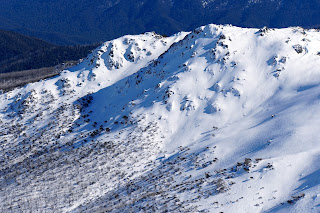 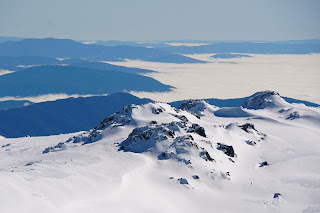 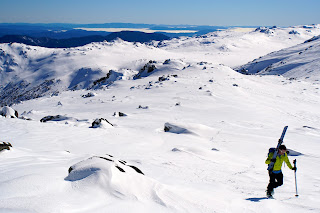 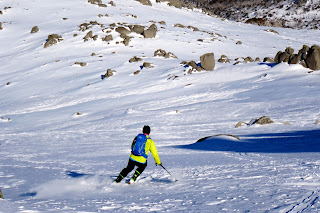 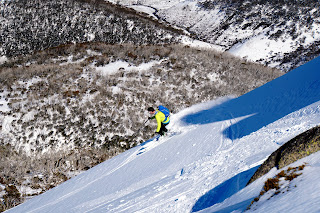 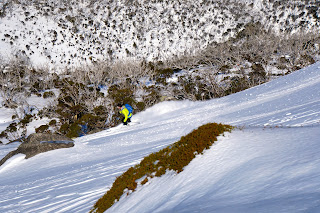 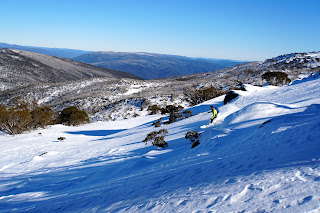 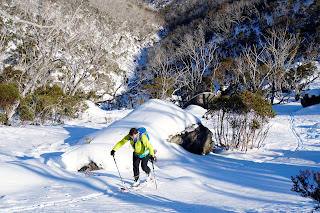 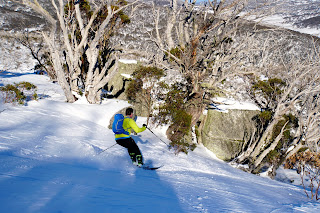 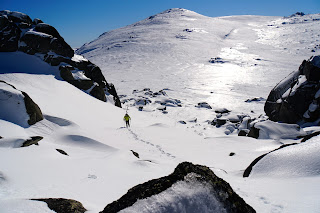 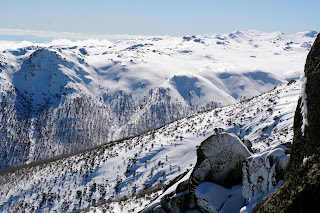 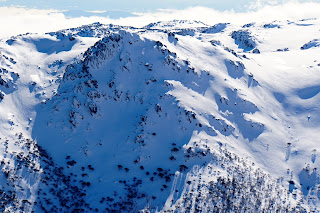 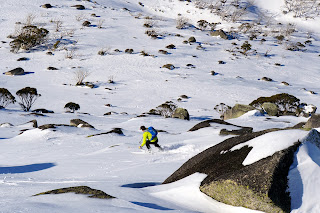 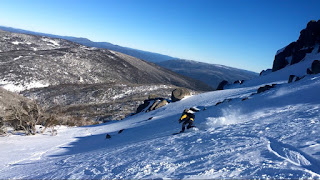 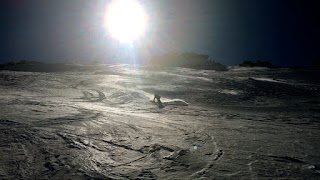 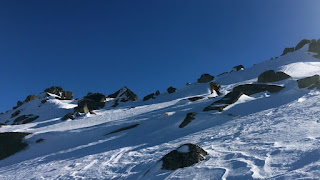 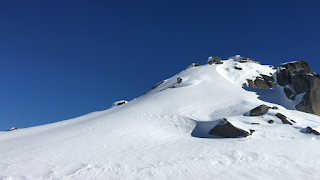 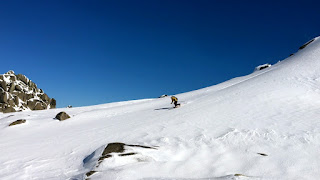 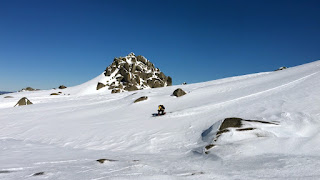 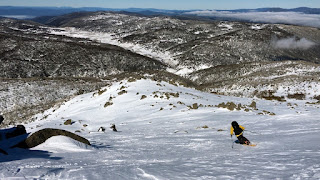 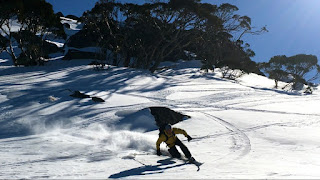