Since I invented trountainbiking (TTB) several years back, it would be fair to say that the sport hasn't exactly taken off. With any sport only ever as good as the number of participants, I thought it a good time to introduce Balti to this novel recreation.

We enjoyed a leisurely drive up from Melbourne, stopping for lunch at Sam Miranda and a swim in Bright before heading down to one of my favourite fishing spots. It was soon apparent that the fish were hungry, and we would have stayed longer but for a reservation at High Plains Hotel. As we drove back up into the snow gums, a wonderful evening mountain mist came in, so thick at times that I had to drive at walking pace. A nice dinner and a few games of pool before another episode of The Boys in front of the fire with our stinky dog who was spent and completely covered in alpine burrs.

We had a bit of a sleep in next morning before getting back out on the river. I was pleasantly surprised that whilst pockets of bush have been badly burnt in last year's devastating fires, larger areas in the valley were spared. Many of the older burnt snow gums were still alive and regenerating, others were sprouting from their lignotubers. The V-tree, fist-tree and boob-tree were almost untouched. Balti and I had enough fish by midmorning to call it a day and head back for some more mountain biking. This wasn't pure trountainbiking of course, but my regular collapsible fishing poles were both broken, and TTB with a fly rod would be just asking for trouble. If I returned Balti back to his mother minus an eye, TTB would be outlawed.

On the way home, we had a heavenly swim at Eurobin.  I cured the trout in salt, sugar and dill a bit longer than normal this time, then smoked them on low heat with fig cuttings for a couple of hours. Totally delicious, with enough left over for some smoked trout pate. 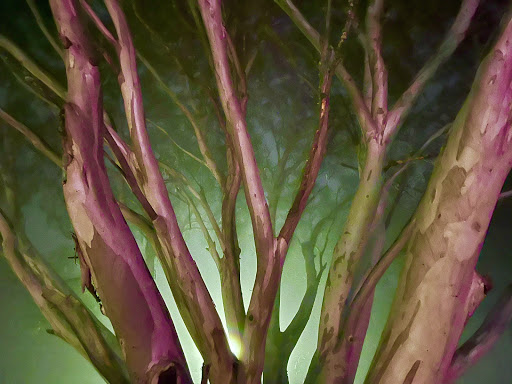 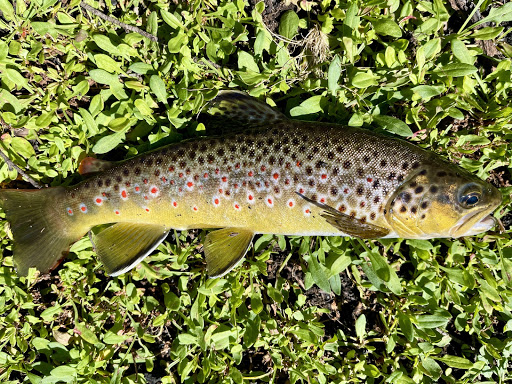 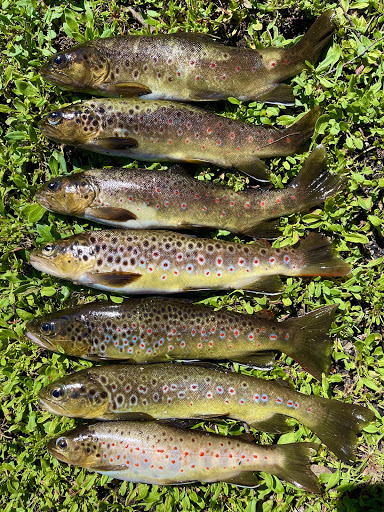 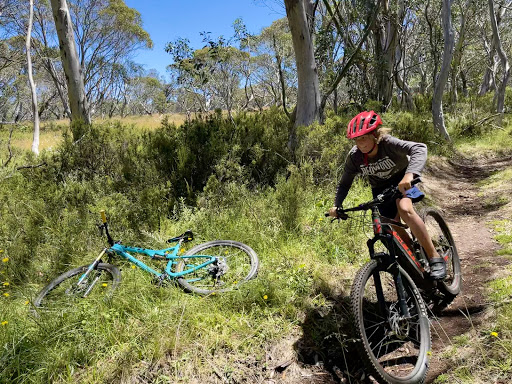 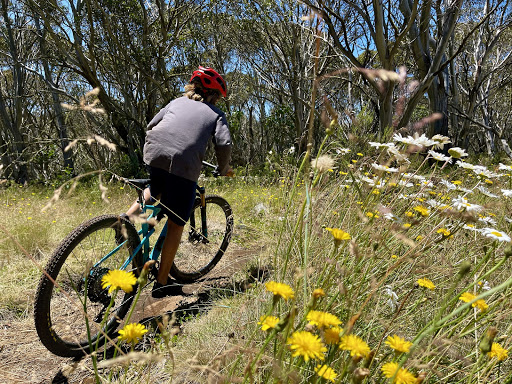 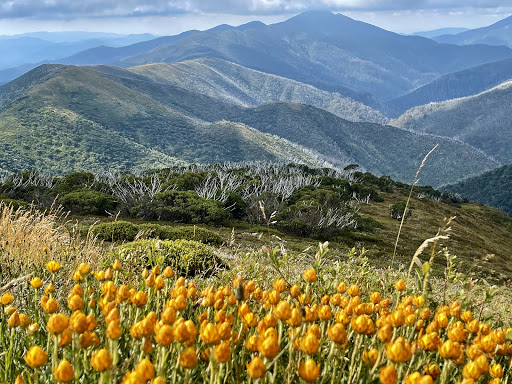 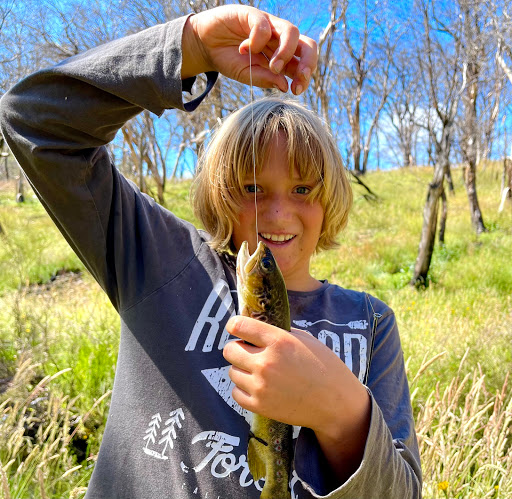 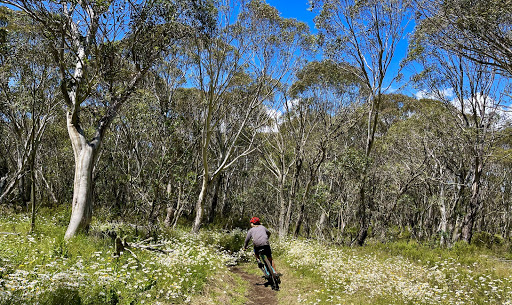 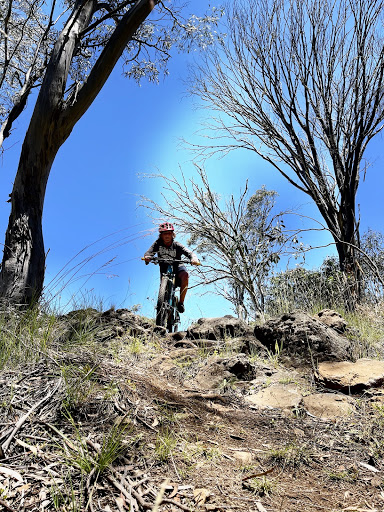 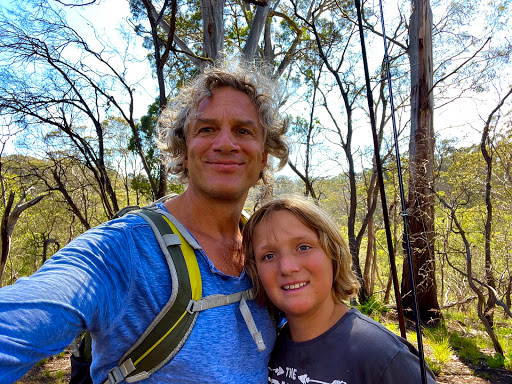 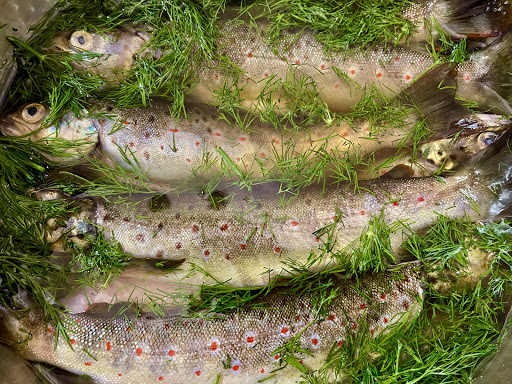 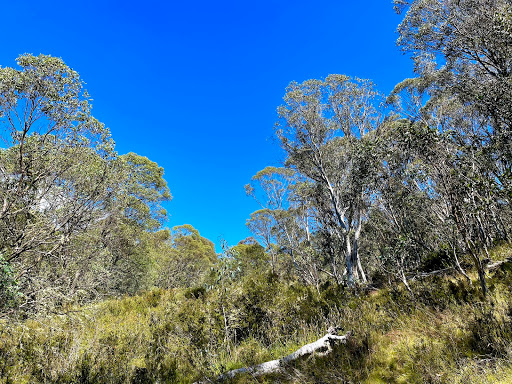 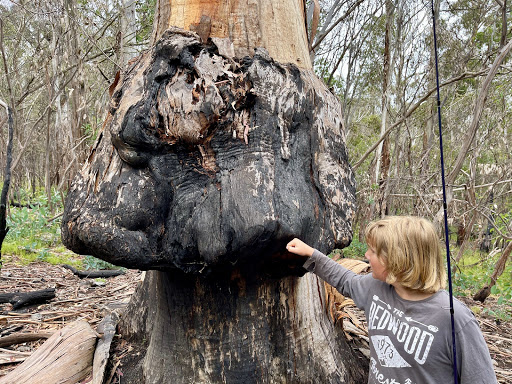 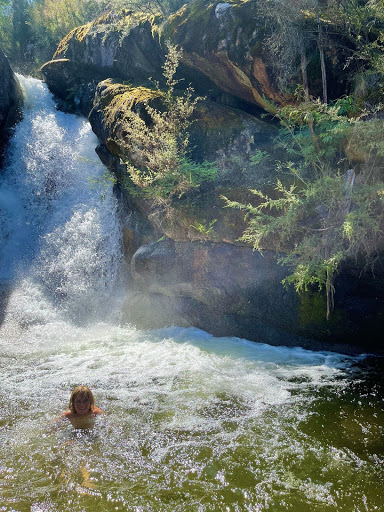 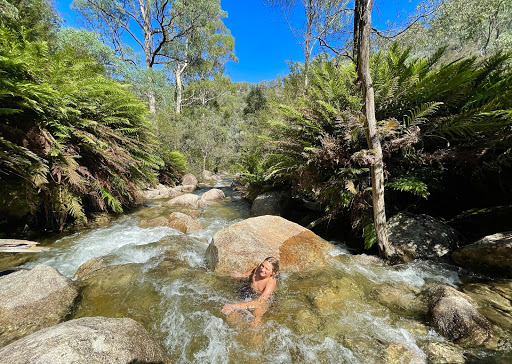 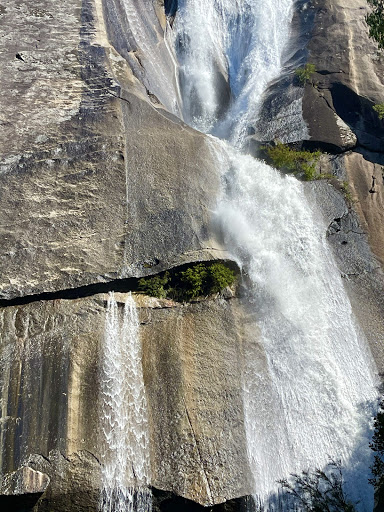 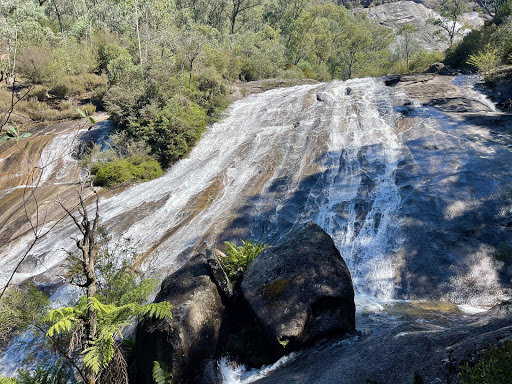 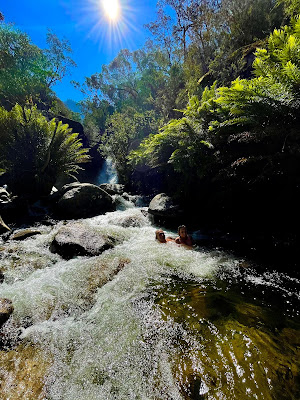 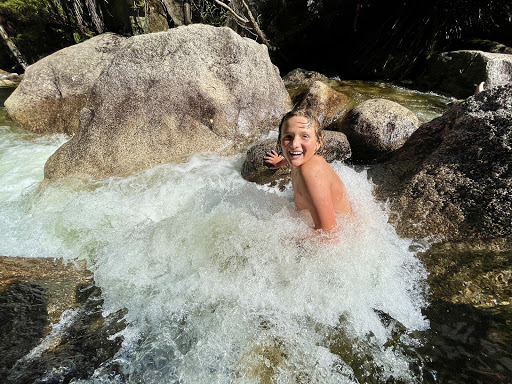 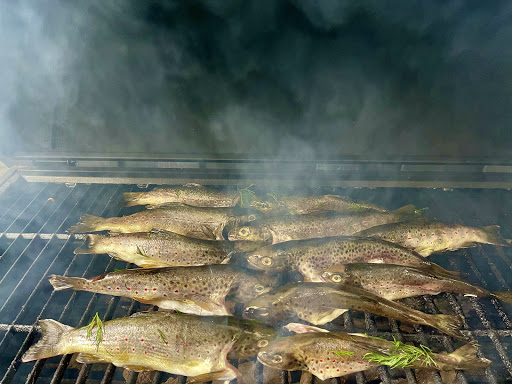