The Hunt for White October 2021

This year's HFWO was a pretty low key affair, and as we were still in lockdown we weren't really allowed. However we got a call from Alistair our new neighbour to say that a tree had fallen on the back deck, so needed to get up for urgent repairs.
We passed through amazing flash floods in Traralgon on Thursday arvo, which turned to snow as we rounded the corner to DP. Friday morning was very pretty, and Chockie and I went a long run though fresh snow to Room With a View, and then Dead Timber Hill.
In the afternoon, Balti and I did a bit of troutainbiking down to the upper Vic River. we got a couple of tiddlers for catch and release, and the light was very pretty, with sun, rainbows and snow-showers. Then back to the fire, a movie, and a super yummy spaghetti bolognese cooked by Baz.
Next morning saw another few cents of snow up on the hill, with cold and feral winds. Whilst the snow was slow old superglue requiring liberal lashings of wax (and pretty challenging on teles), it was still nice to be skiing this late into October.
We got a nice line down HV with the dog, and then a slow trudge back up to the car for the long haul back to Melbourne. 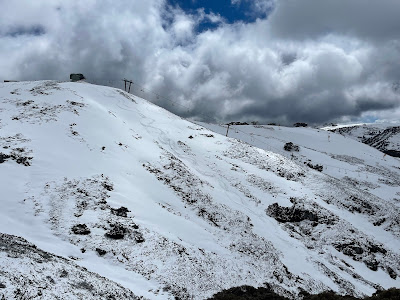 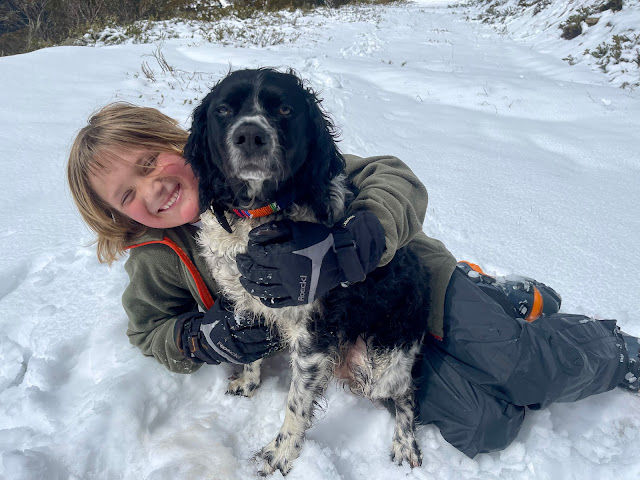 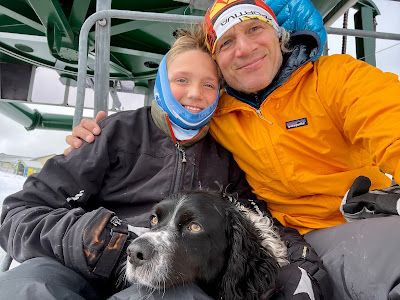 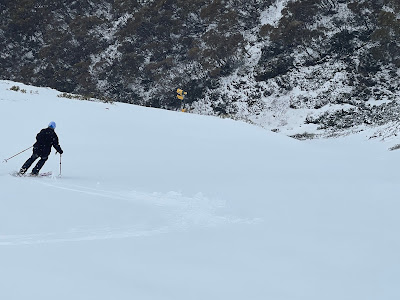 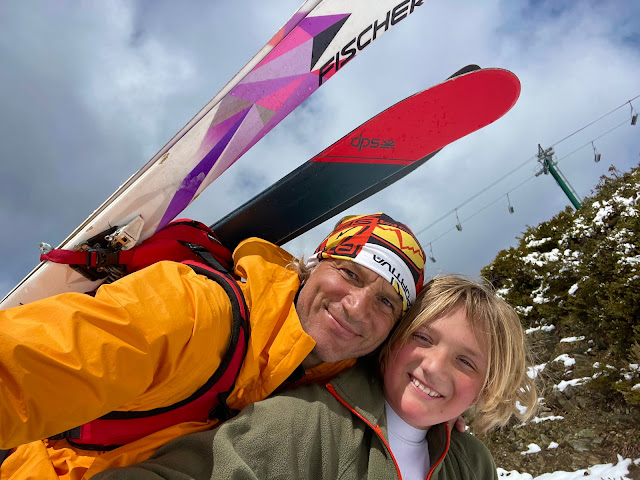 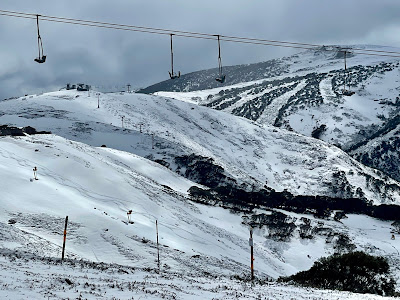 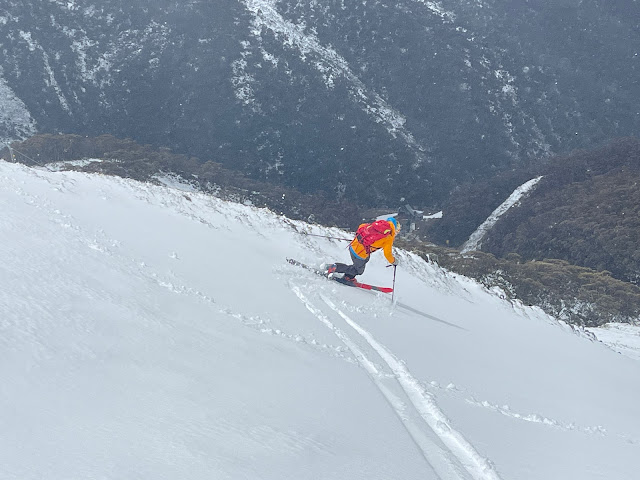 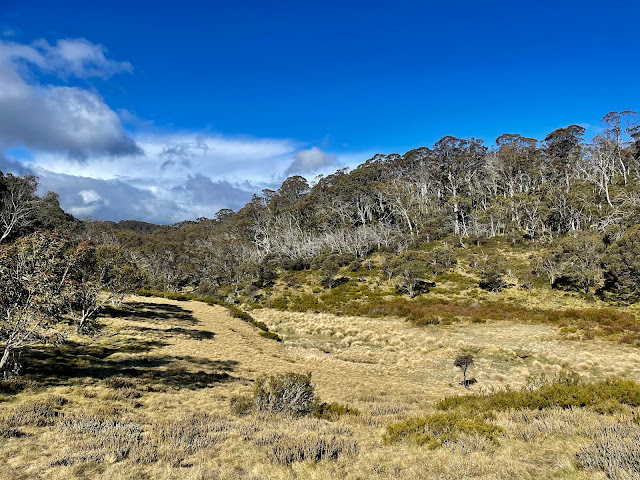 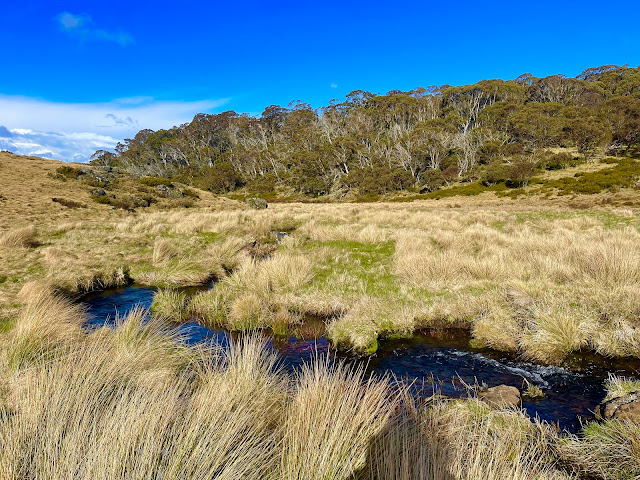 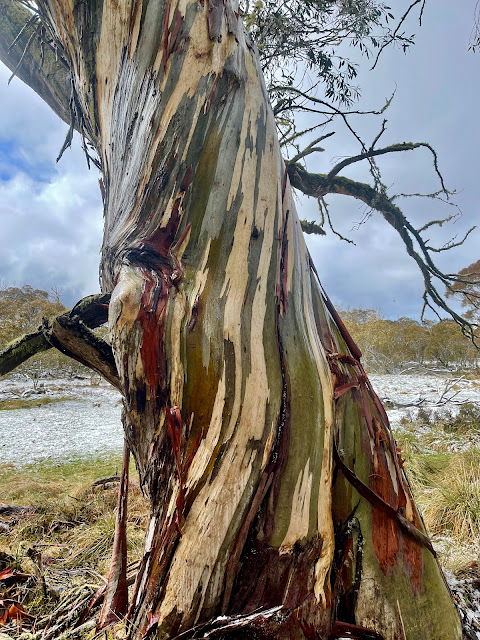 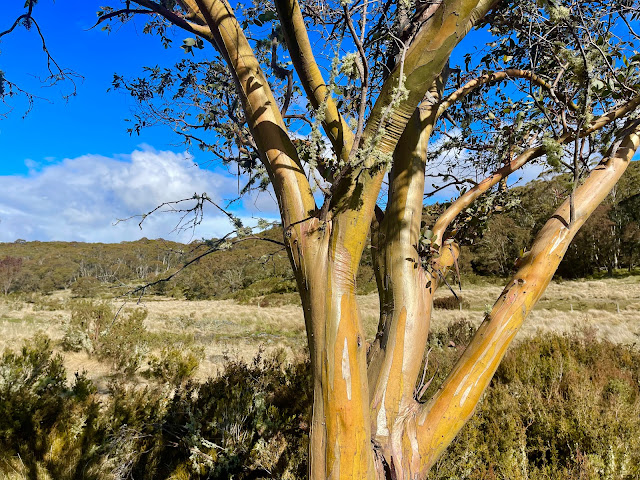 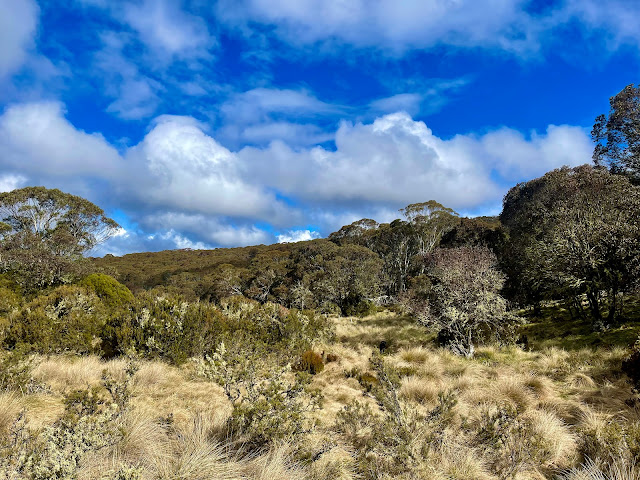 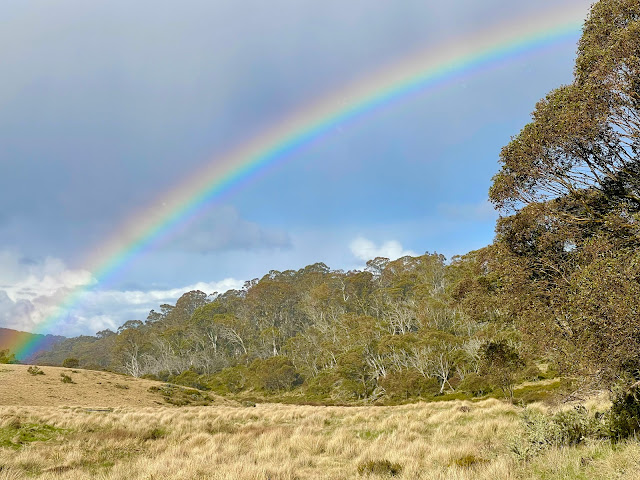 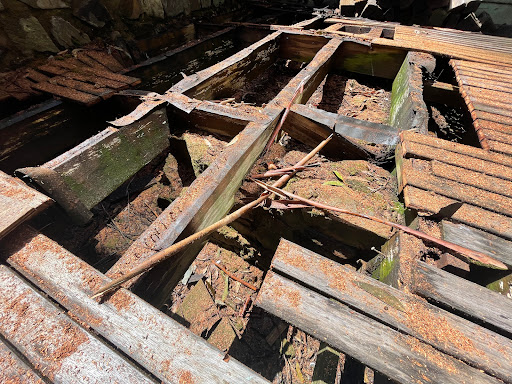 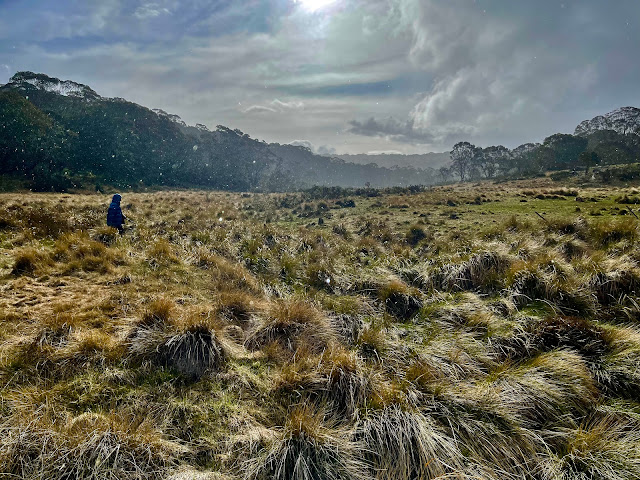 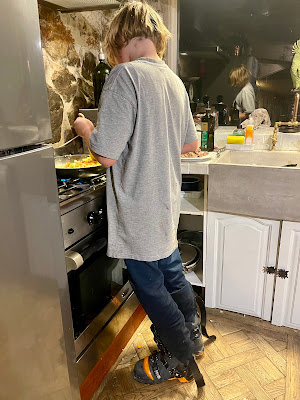 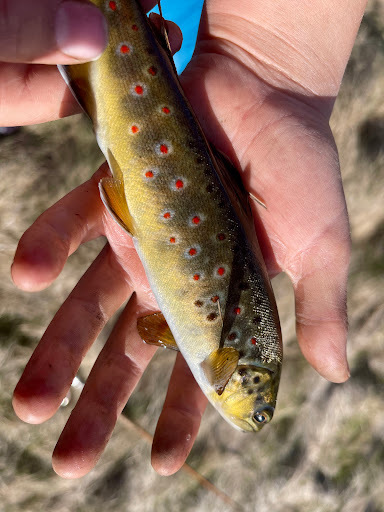 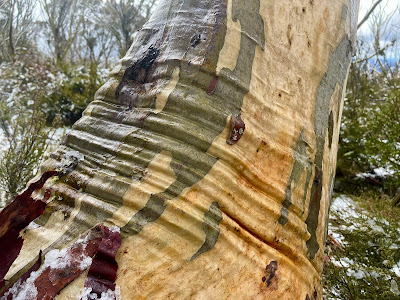 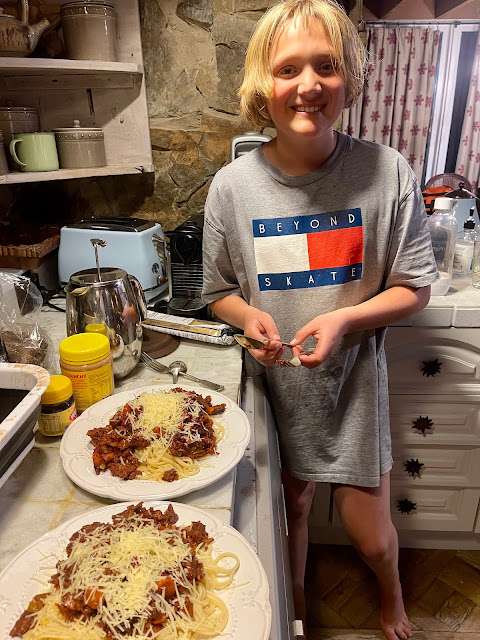 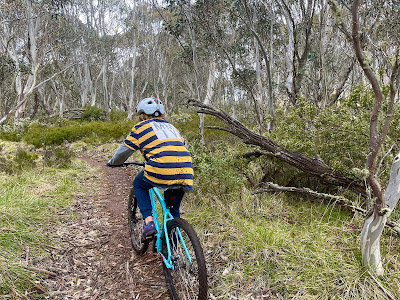 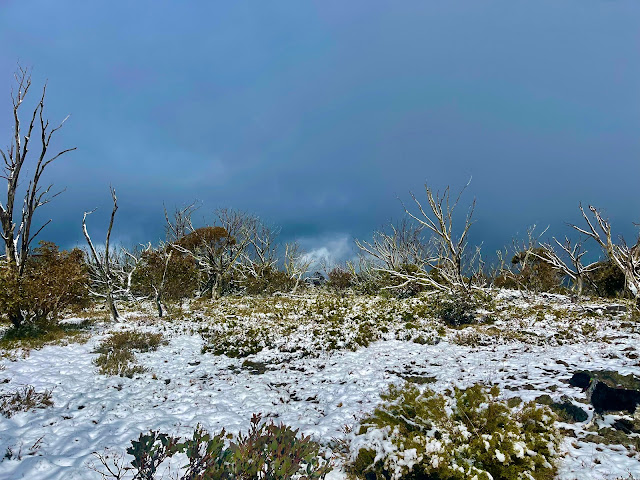 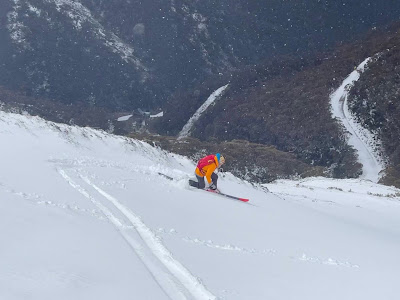 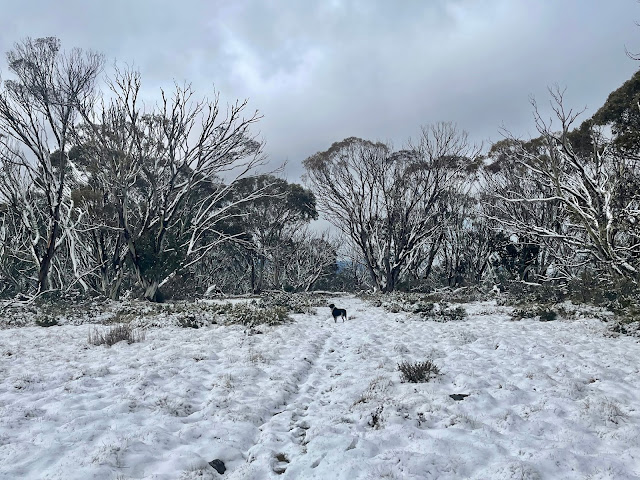 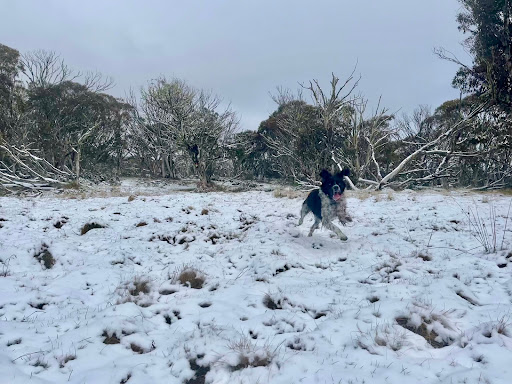 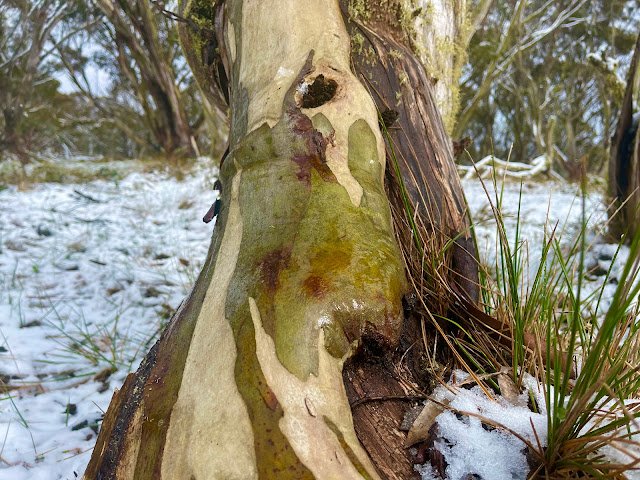 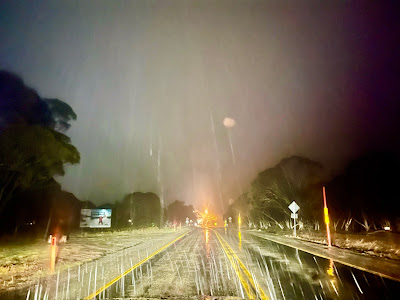 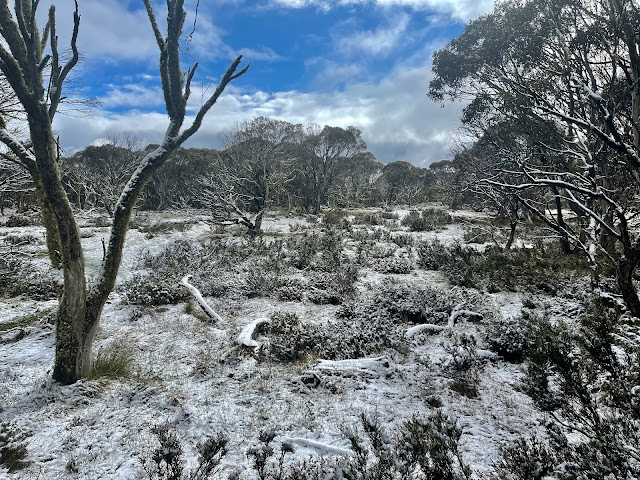