So if you own a diesel, never use "Torque Icebreaker". I usually use kerosene if I can't get to a servo with alpine diesel, but had been told by my mechanic that it was bad for the engine, so thought I'd try this useless additive resulting in a car that wouldn't start on a frosty Monday morning at Dinner Plain. The irony was that my plan for the day was to head out to Mt Freezeout. It was sunny and bound to warm up, so rather than call RACV I opted for plan B, which was a ski tour down to the upper Victoria River, which I had only previously visited with a fishing rod.
These barren alpine plains are the result of freezing air funnelling down from the surrounding hills into frosty sinks. Left of the river is freehold, and sunny side is crown land. From DP, you follow the groomed cross country trails for 2km until the waste water plant, skirt north towards the Alpine Way and ski down another 2km until the bend in the road, pass through a gate and then veer 1km south down a track. There was only a couple of inches of frozen snow, but a very heavy frost which seems fine for pattern bases - I'm often surprised by how little snow you need to tour, especially when everything not covered by snow is completely frozen. The plains were extraordinarily beautiful with the most exquisite ice formations over everything. I kept going downhill until I ran out of snow at around 1200m, and then bush walked for a bit and had breaky with views over Cobungra.
I returned to DP north of the road via the "Montane Track" which, whilst pretty, was never constructed with ski touring in mind. Back at DP, the car still hadn't thawed so I headed back out to the 'Room with a View' track for the amazing vistas of Feathertop. Then back after another hour and the car was still dead. Called RACV who said they'd be another hour, so headed back out along the Hotham track to see if I could get a glimpse of the Blue Rag south faces where we were supposed to be this weekend! Back at the car, it finally turned and was running before the friendly RACV man could arrive with his blowtorch.
Up on the mountain, I scouted a few places for fresh before discovering that the back bowls off the drift lift were still un-skied. The snow was awesome and so I farmed an entire bowl before heading back up to the summit and dropping down to the road and then over the road down the waterfall chute to the Diamantina in the sunset. The river had 2m drifts but few bridges, but eventually found my way out and back up to the Razorback and then the car at Loch CP which fortunately started first pop. 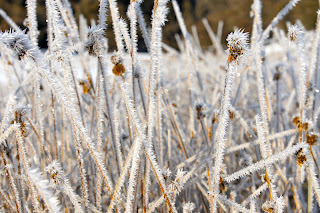 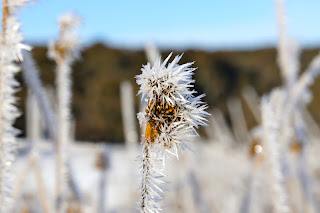 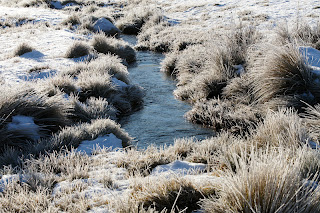 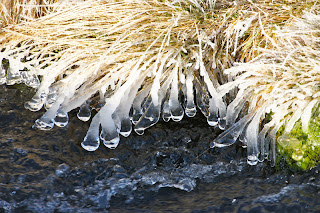 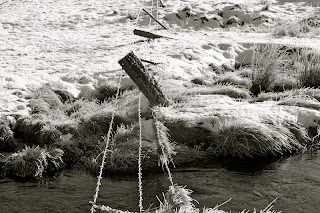 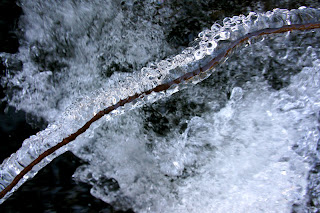 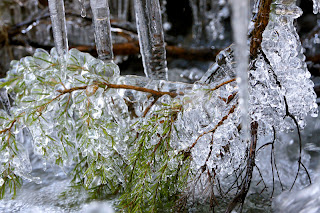 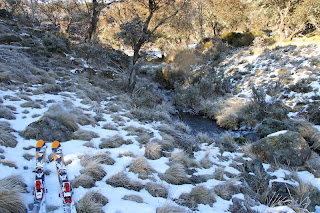 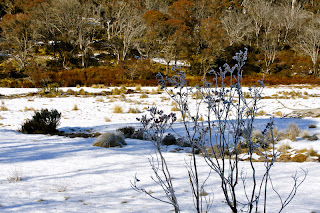 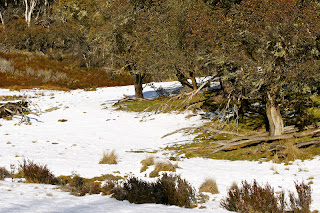 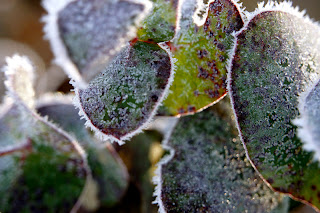 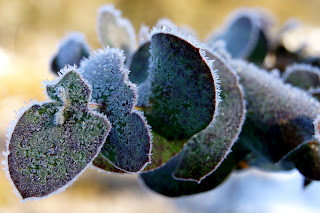 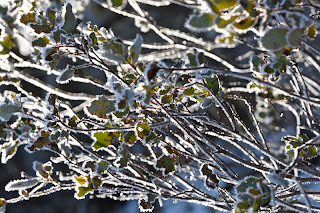 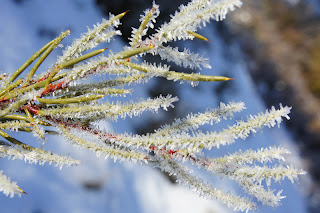 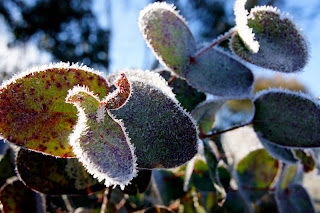 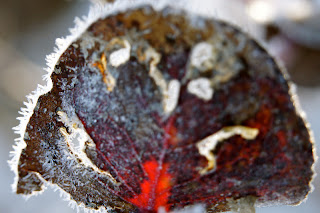 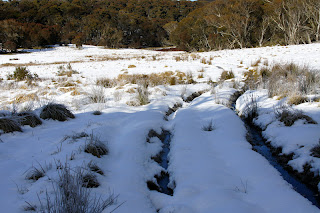 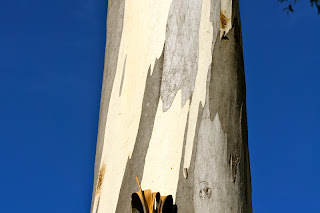 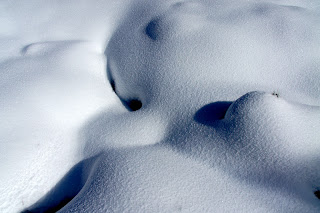 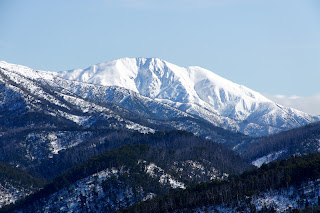 Feathertop from 'Room with a View' 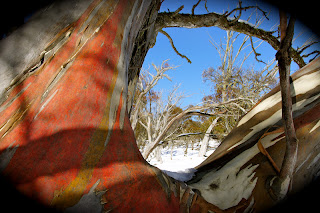 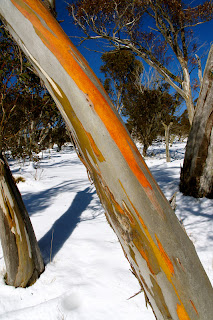 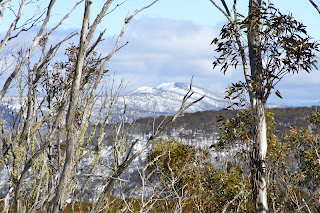 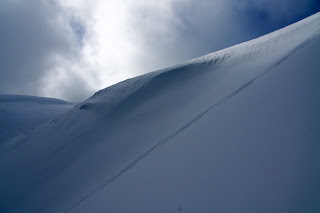 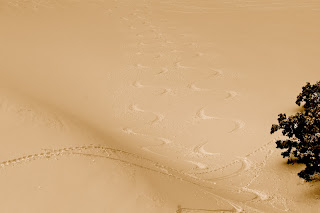 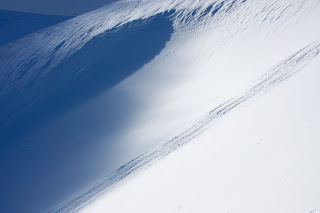 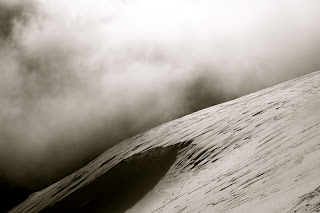 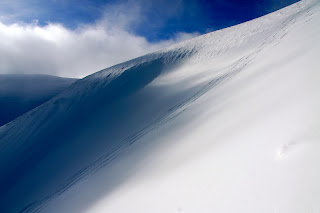 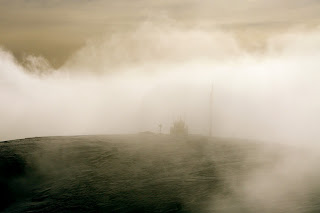 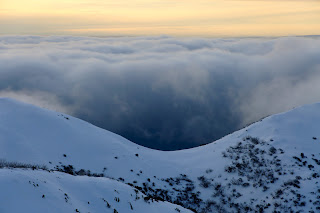 The other Big D
Posted by Mike Garrett at 05:26