Today I was planning on skiing the Southeast ridge and fall-lines of Feather. I thought about taking the pattern bases, which would have have been a wiser decision. Instead I took the Movements, rationalising that less weight would compensate for all the fiddling around with skins. Unfortunately the brand new Kohla skins turned out to be dreadful. I'm sure they must stick to something, however skis ain't one of them. Maybe shit, but I doubt it. I am glad that I forgot these for France, as climbing Mt Blanc with them could have proven fatal.
It was also quite hard going, with inconsistencies in the snowpack and frequent breaking through into vegetation. There was a full moon at 0500 though, and I hardly needed a torch for most of it. But by the time I got to a magnificent sunrise on Feather from High Knob, I was completely over my skins.
If you can't rely on you're equipment (and you're solo), your decision making should rest on the conservative side, and so I decided not to summit.
I had a couple of very nice runs of around 200 vertical down the east face of High Knob with some dry snow, and then plenty of yo-yoing back along the Razorback with lines down the Twin Knob chute, and several off Bon Accord.
In the afternoon I met up with Stu and Cavey and we did some Ovlov BC touring, mostly of Gallows and Baldy. Again, still some good snow to be found. 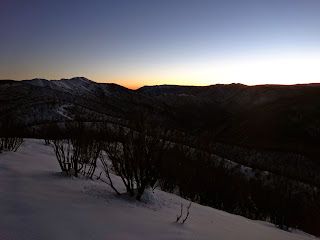 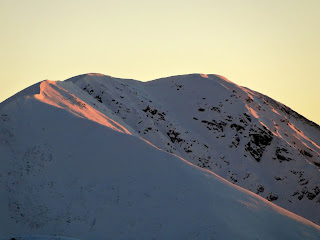 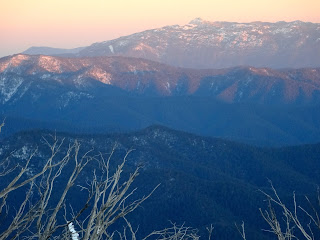 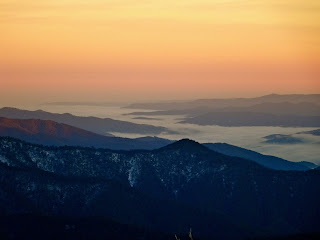 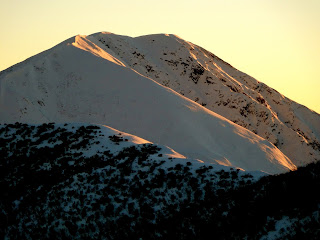 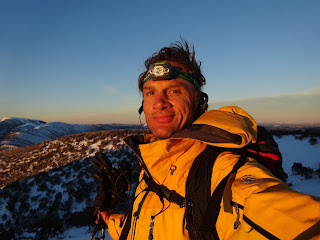 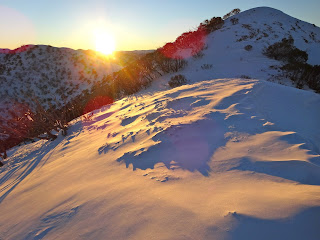 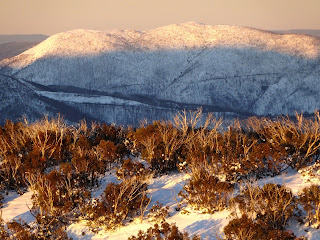 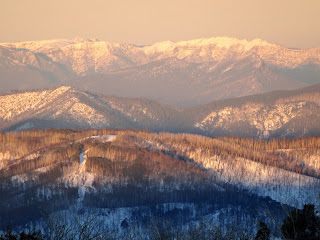 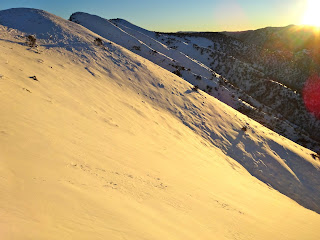 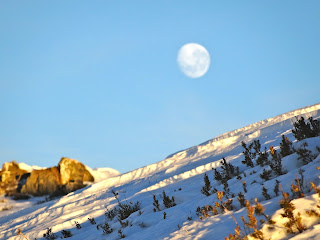 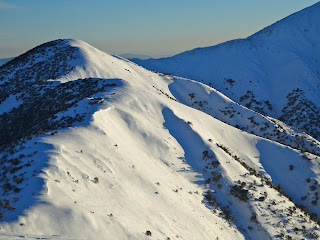 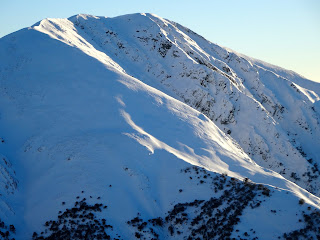 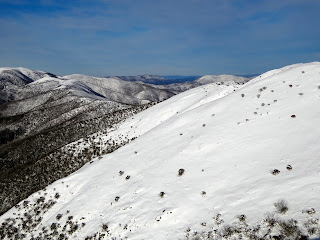 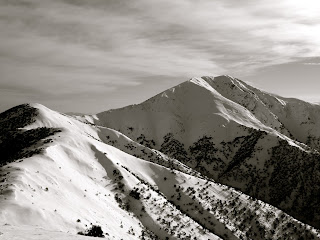 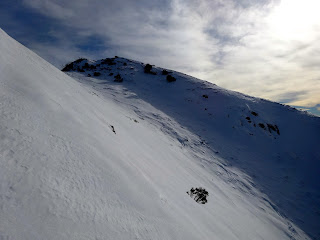 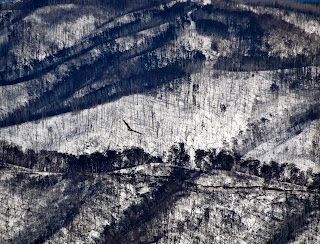 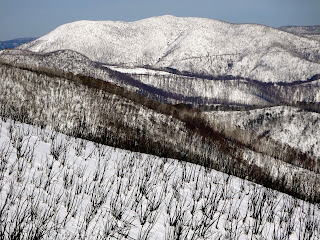 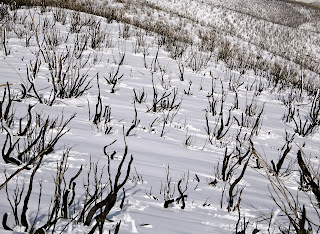 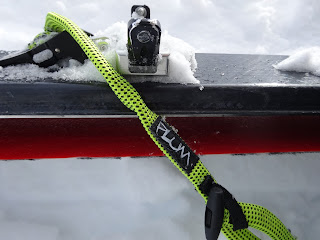 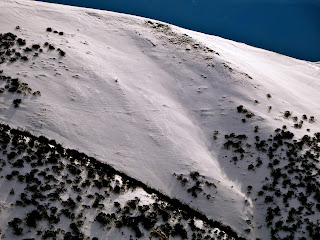 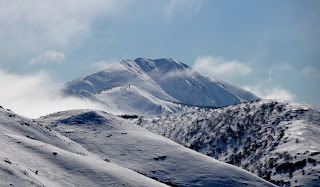 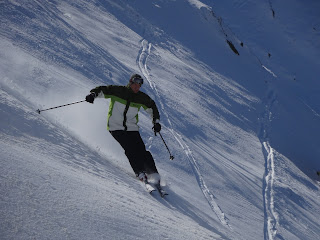 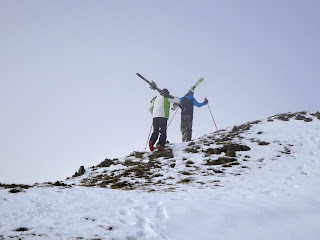 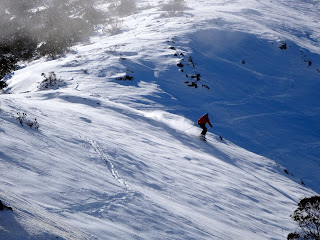 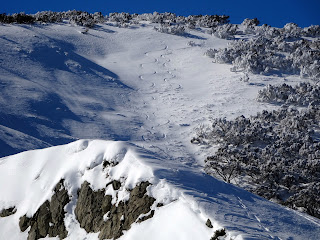