Had a really nice few days with the fam last weekend, and then took a bunch of frogs and husbands of frogs up this weekend. The spring conditions continue with plenty of melt, but fine corn to be found everywhere. On pushing the DPSs to warp speed on Heavenly Saturday morning, the Dynafit tech toes released with too much torque and I smashed up my left thumb. The leashes ripped off my boot buckles and a bunch of snowboarders (lazing on their arses as they mostly do) downhill were fortunate not to have been skewered.
When I took off my glove on the chair, my thumb was flopping at right angles. I thought I'd just dislocated it, but when trying to enlocate it, I could feel bone grating on bone, and a quick XR confirmed a nasty spiral comminuted and displaced fracture with avulsion of a ligament and tendon.
There was only one thing to do, and so I took Alex (Poncho from CHiPS) out to Loch to find some nice lines. I was a bit peeved because I'd been planning a Feathertop day-trip the following day, and a long solo trip from Bogong to Dinner plain next weekend.
Anyway, we found some nice lines off Machinery and had to boot pack out because I couldn't use poles anymore.
On Sunday we found some more of the same. I'd worked out a way of strapping poles to my bad hand which more or less bypassed using my thumb, and as well as some new lines off Middle Spur, I had a couple off a very sweet ridge leading south from the Red Robin Spur down a gully that seemed to drop forever.
Anyway, a great weekend considering. Having my hand plated and screwed on Friday, then hopefully out to Feather on Saturday, which from my photos still hasn't had a single southerly line laid down it all season. 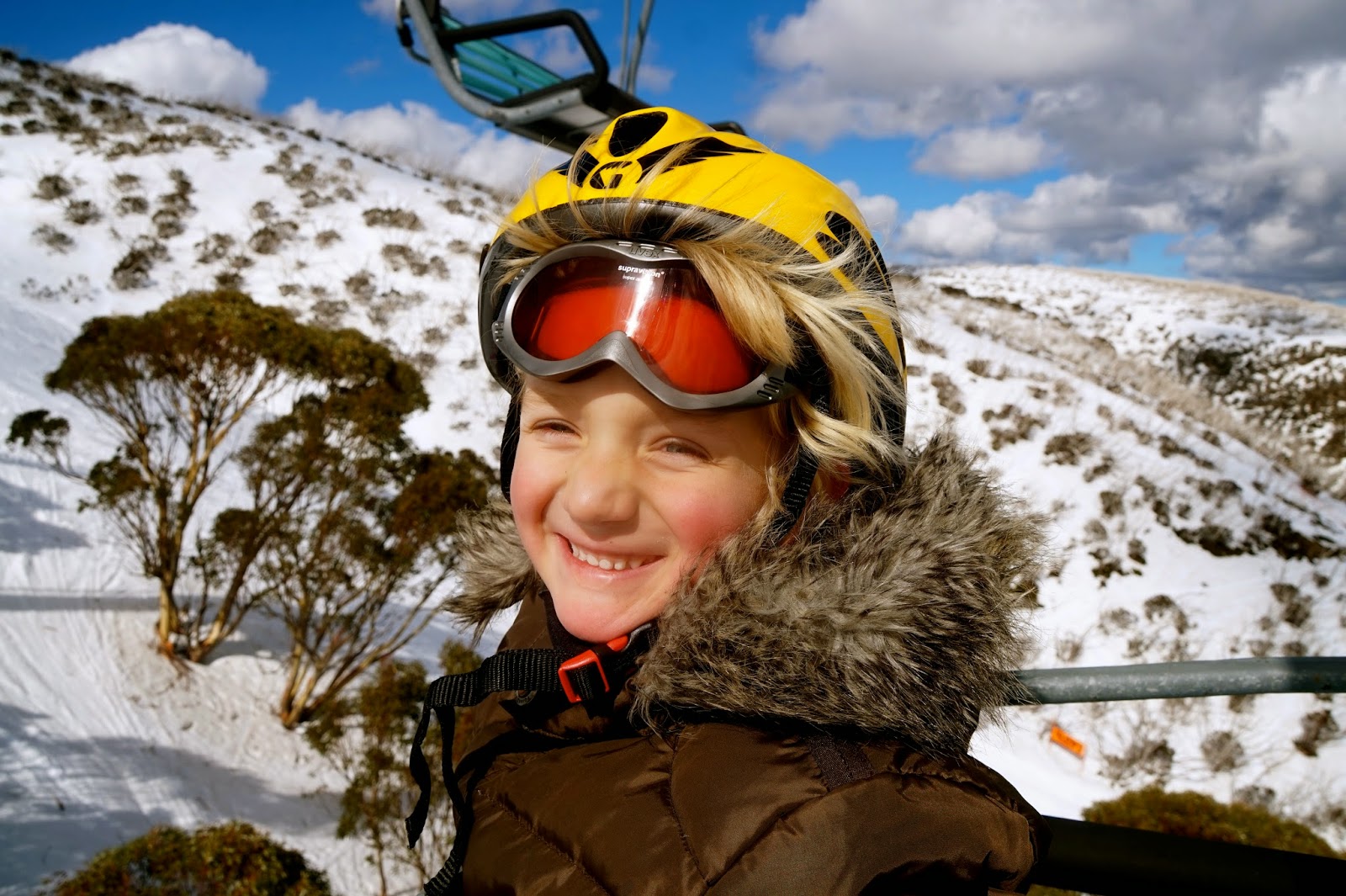 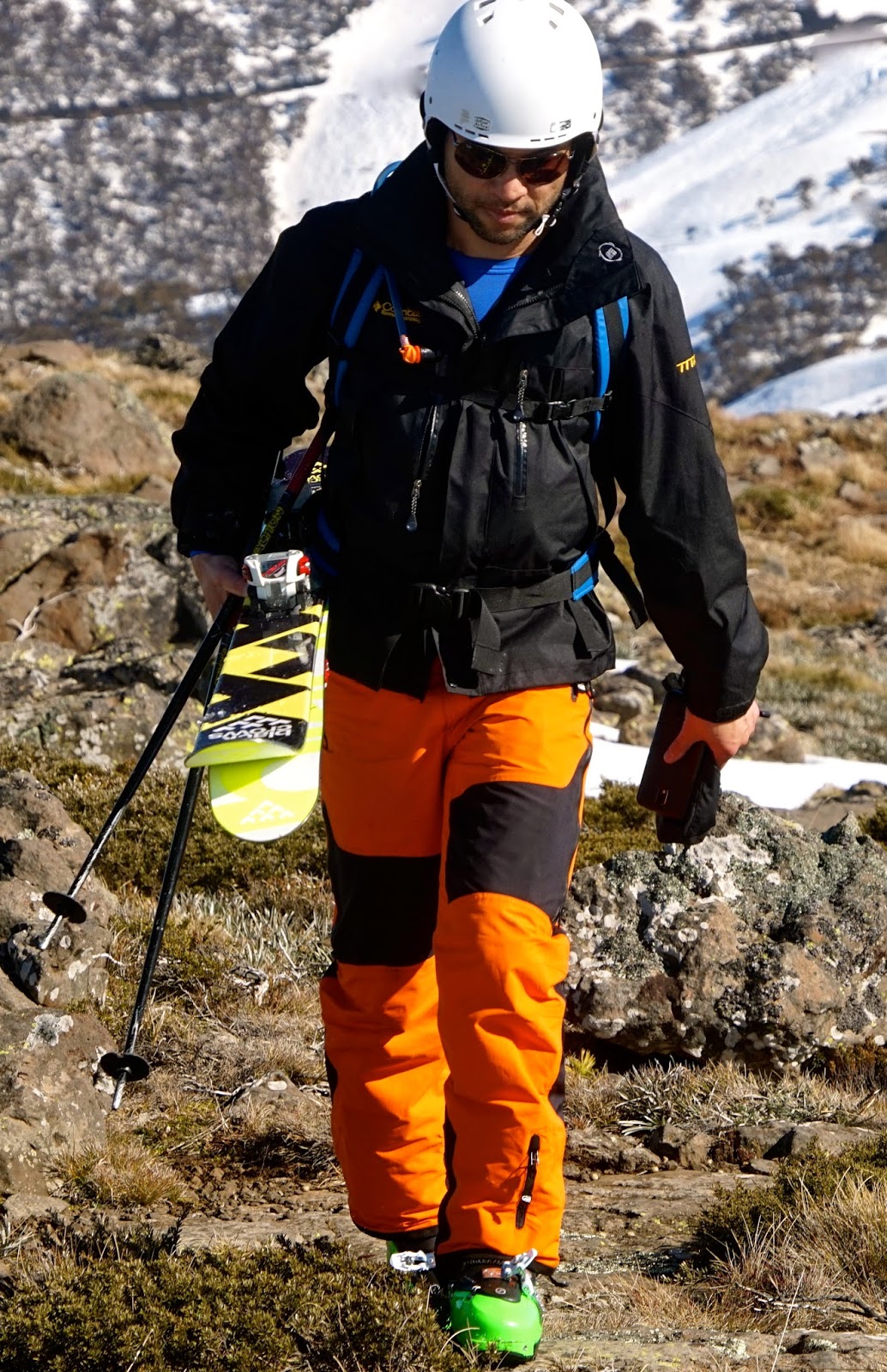 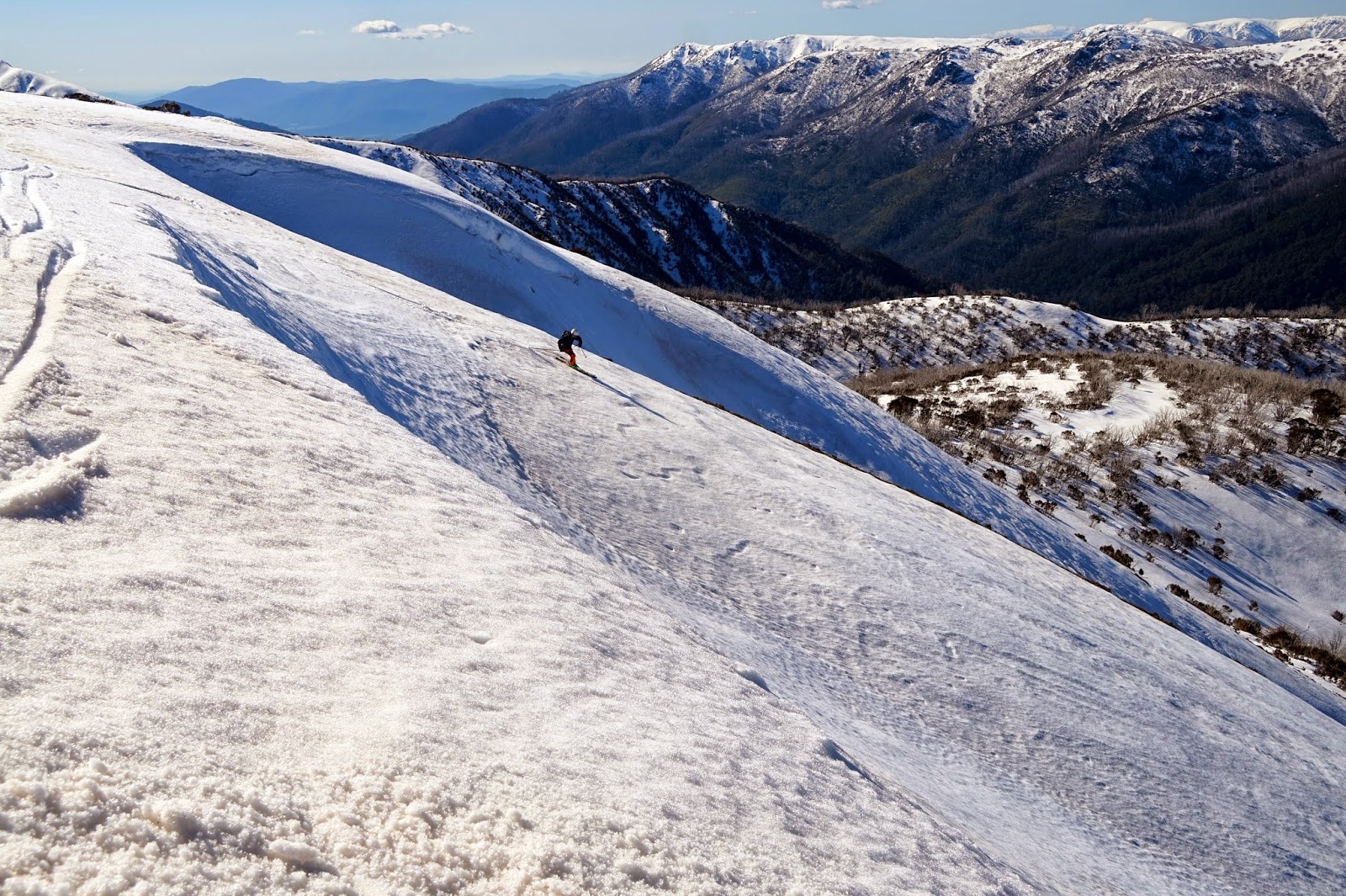 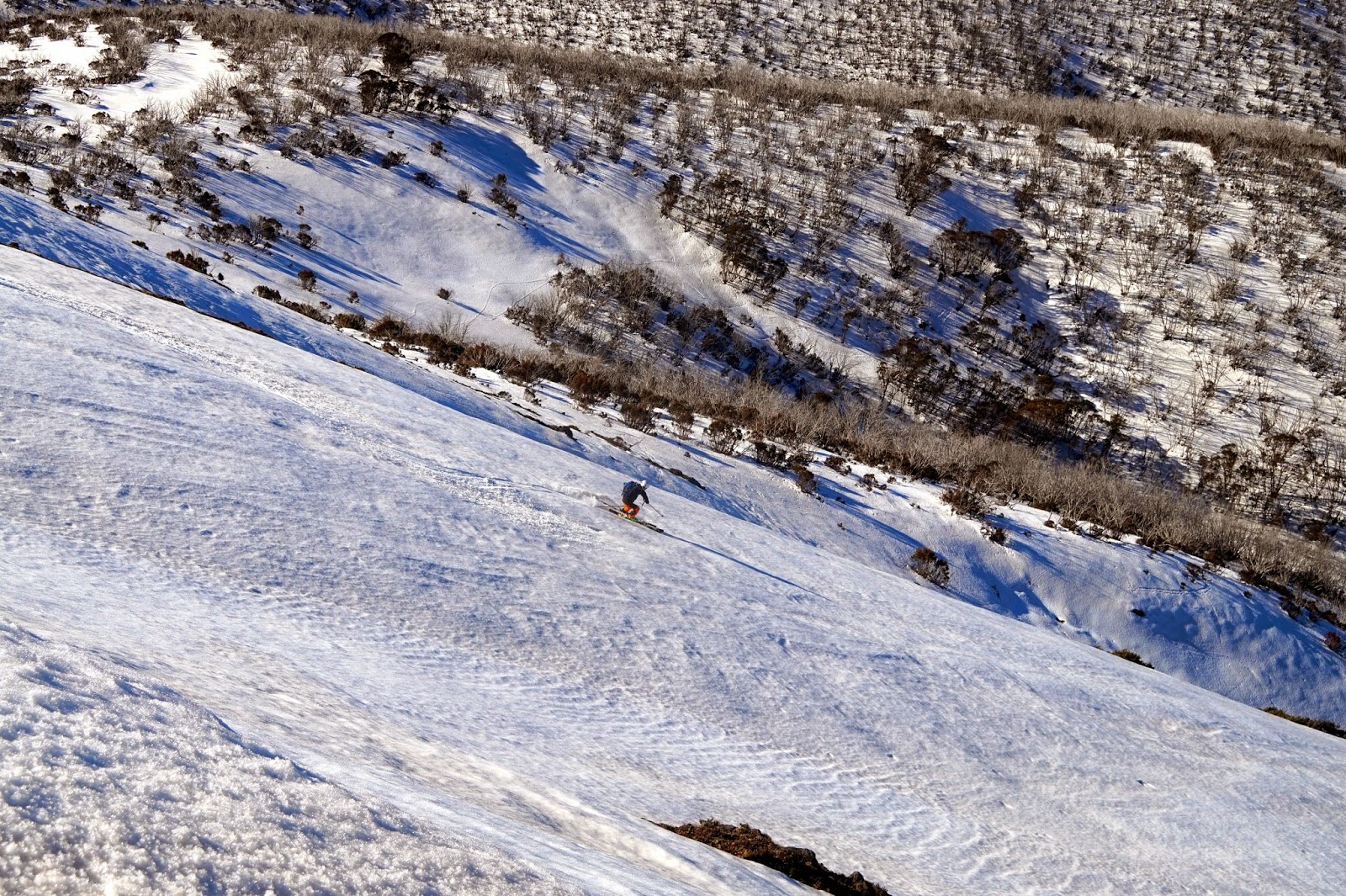 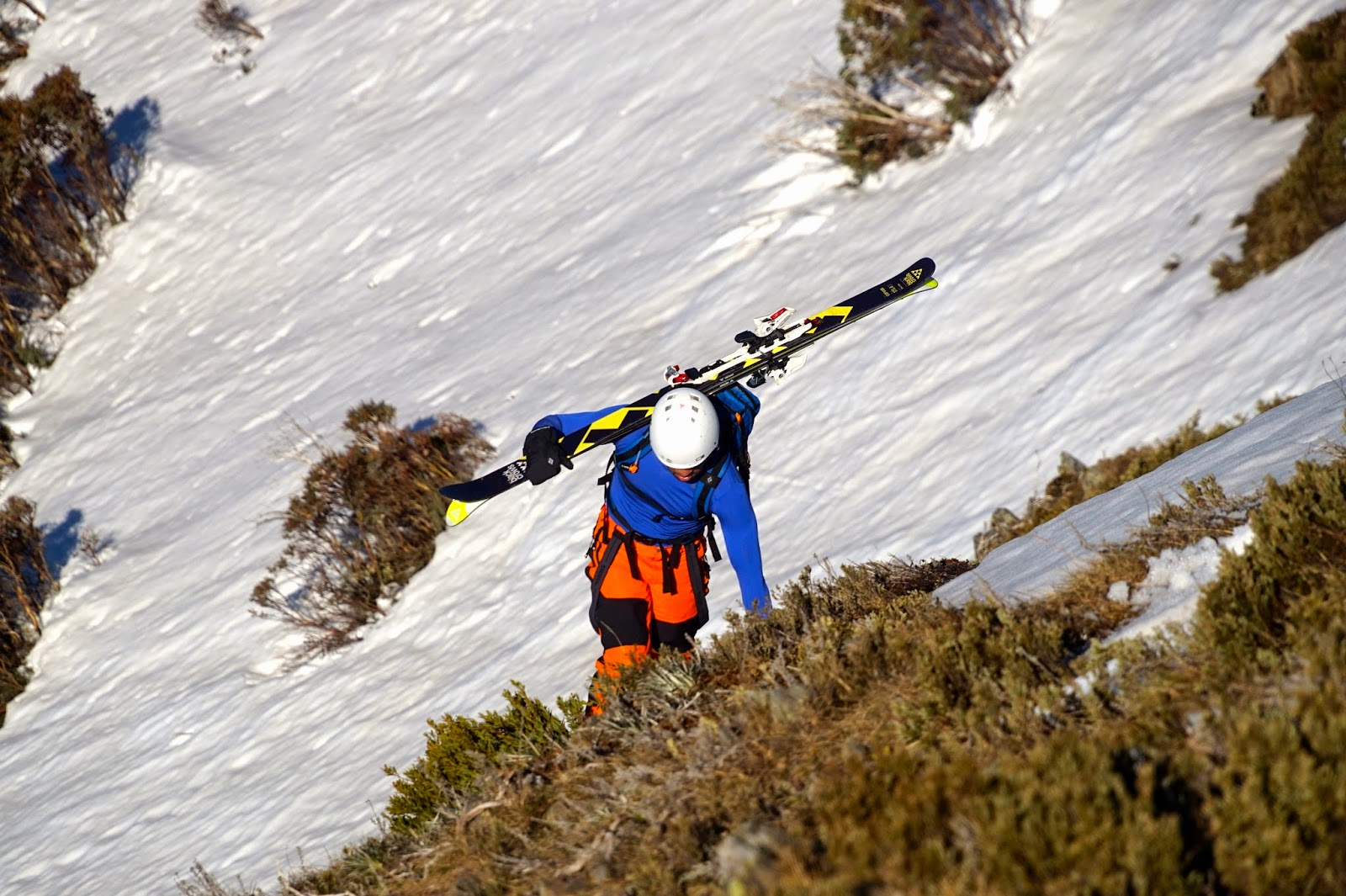 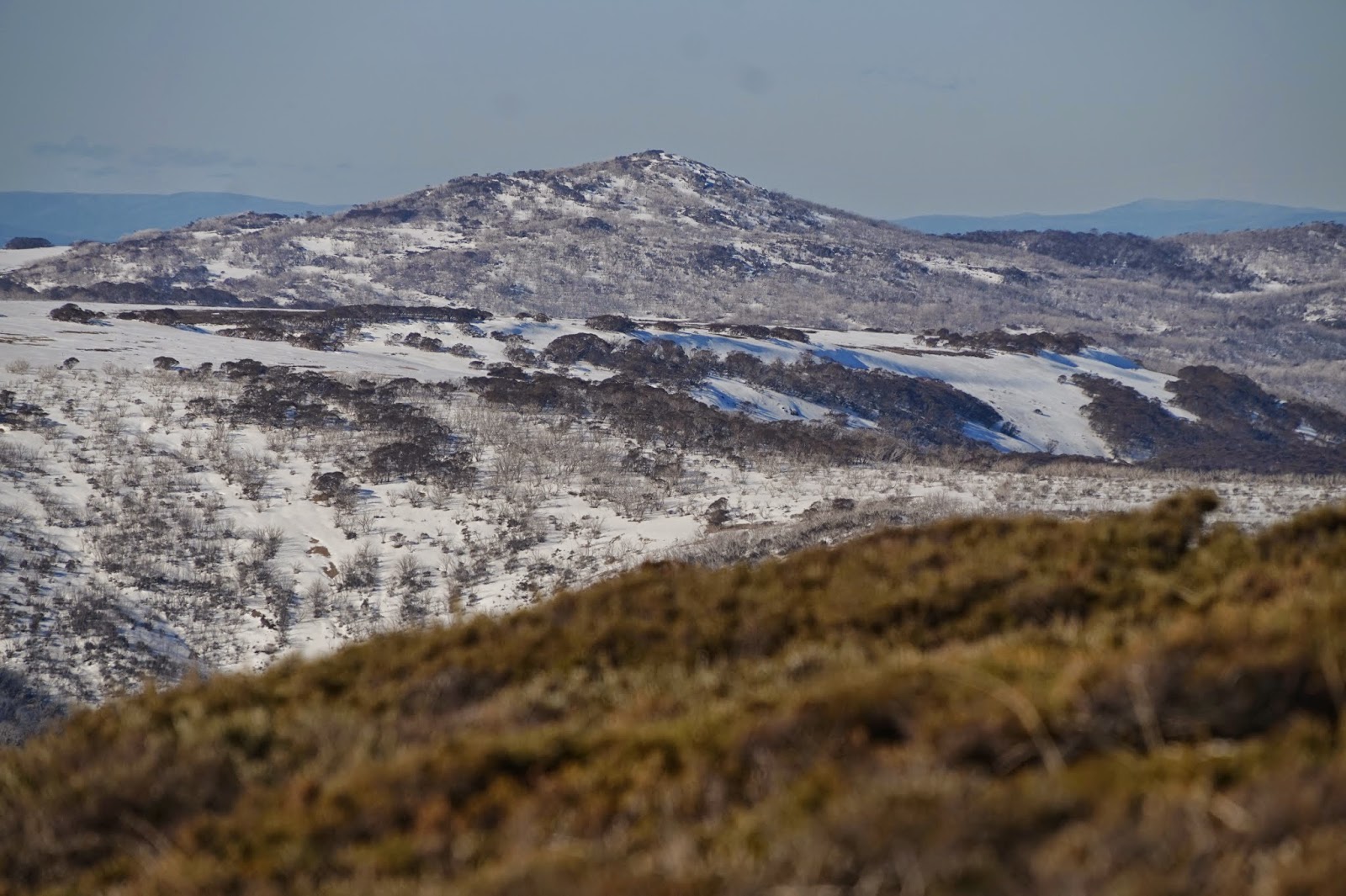 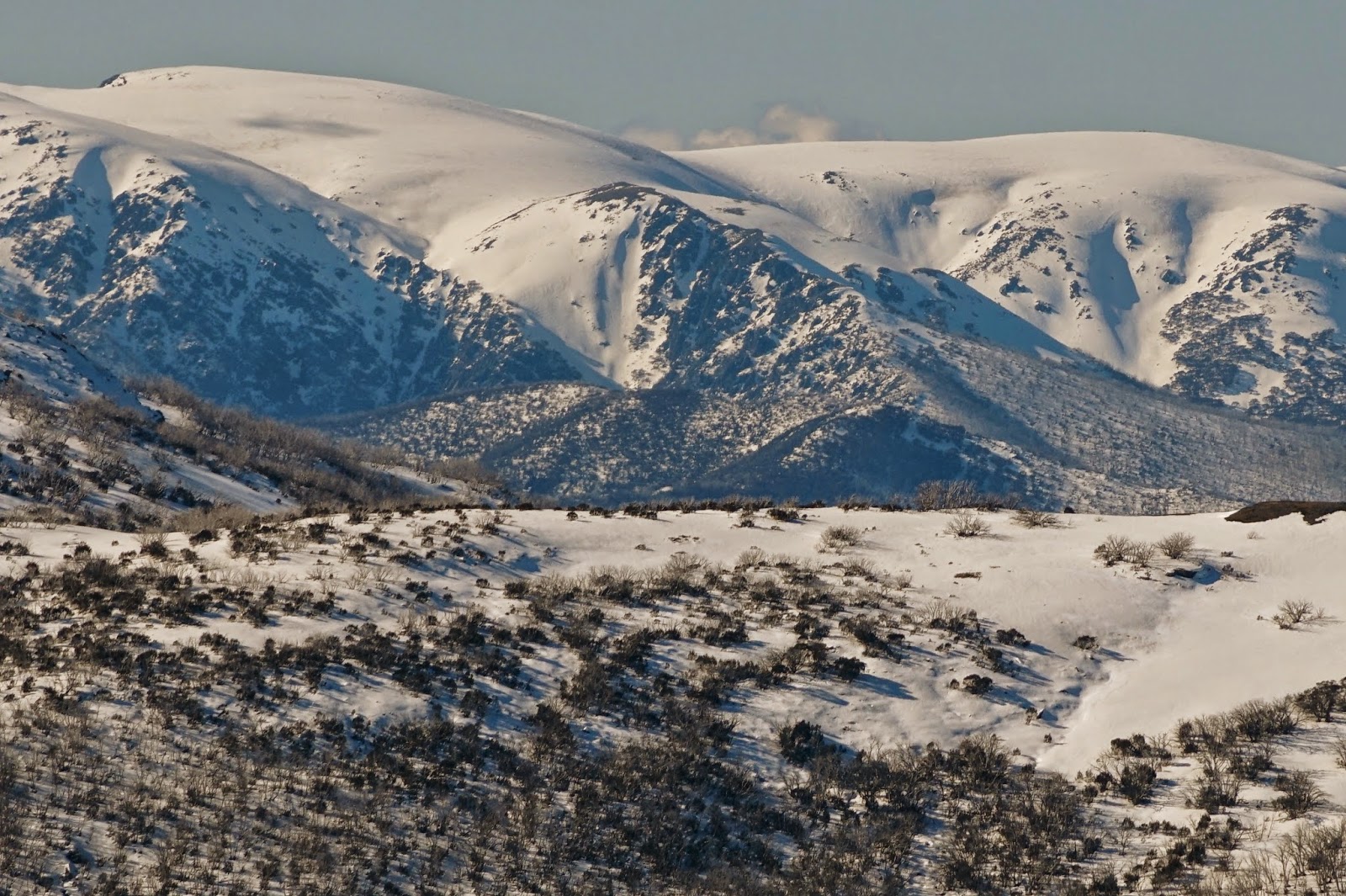 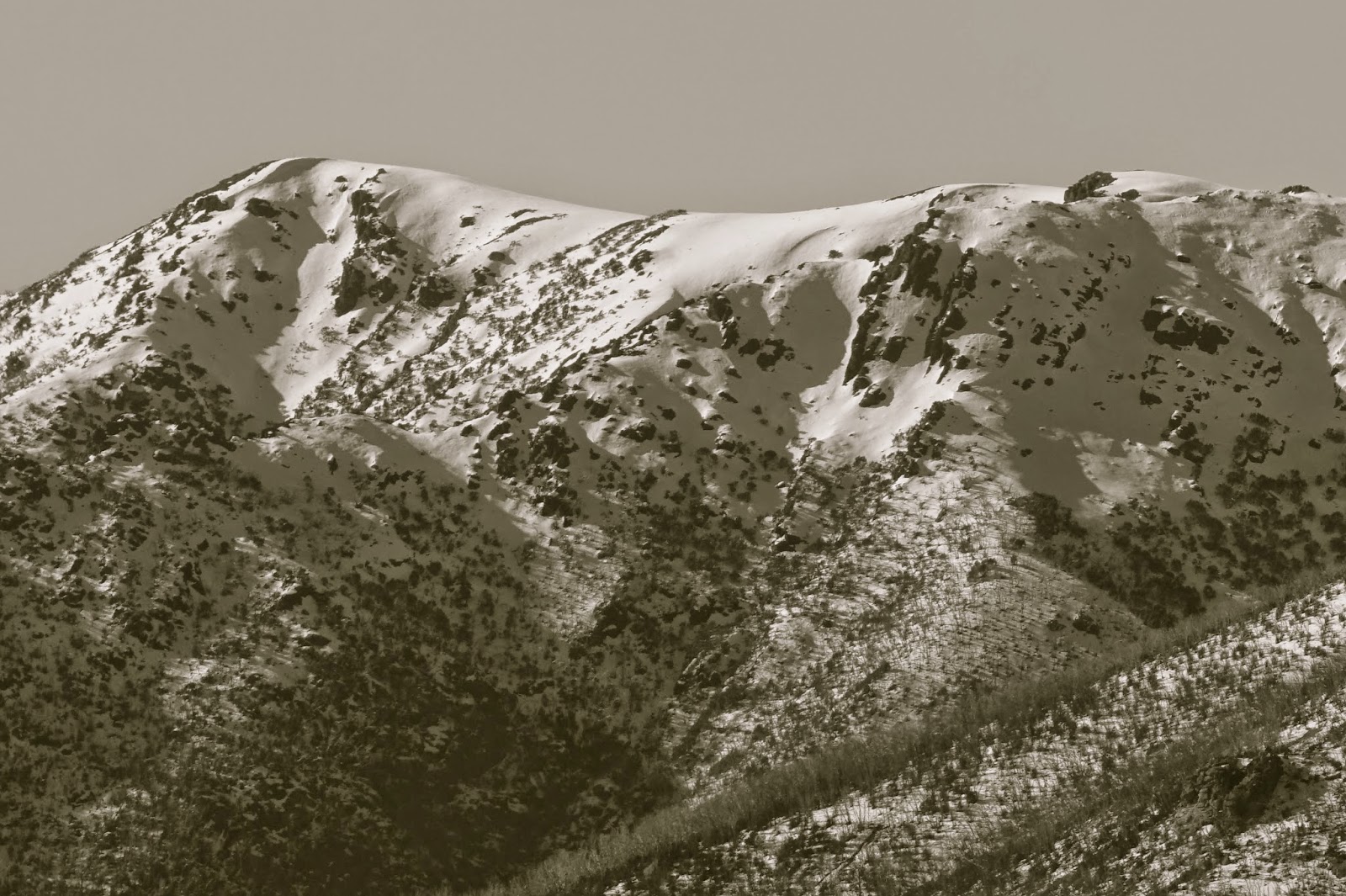 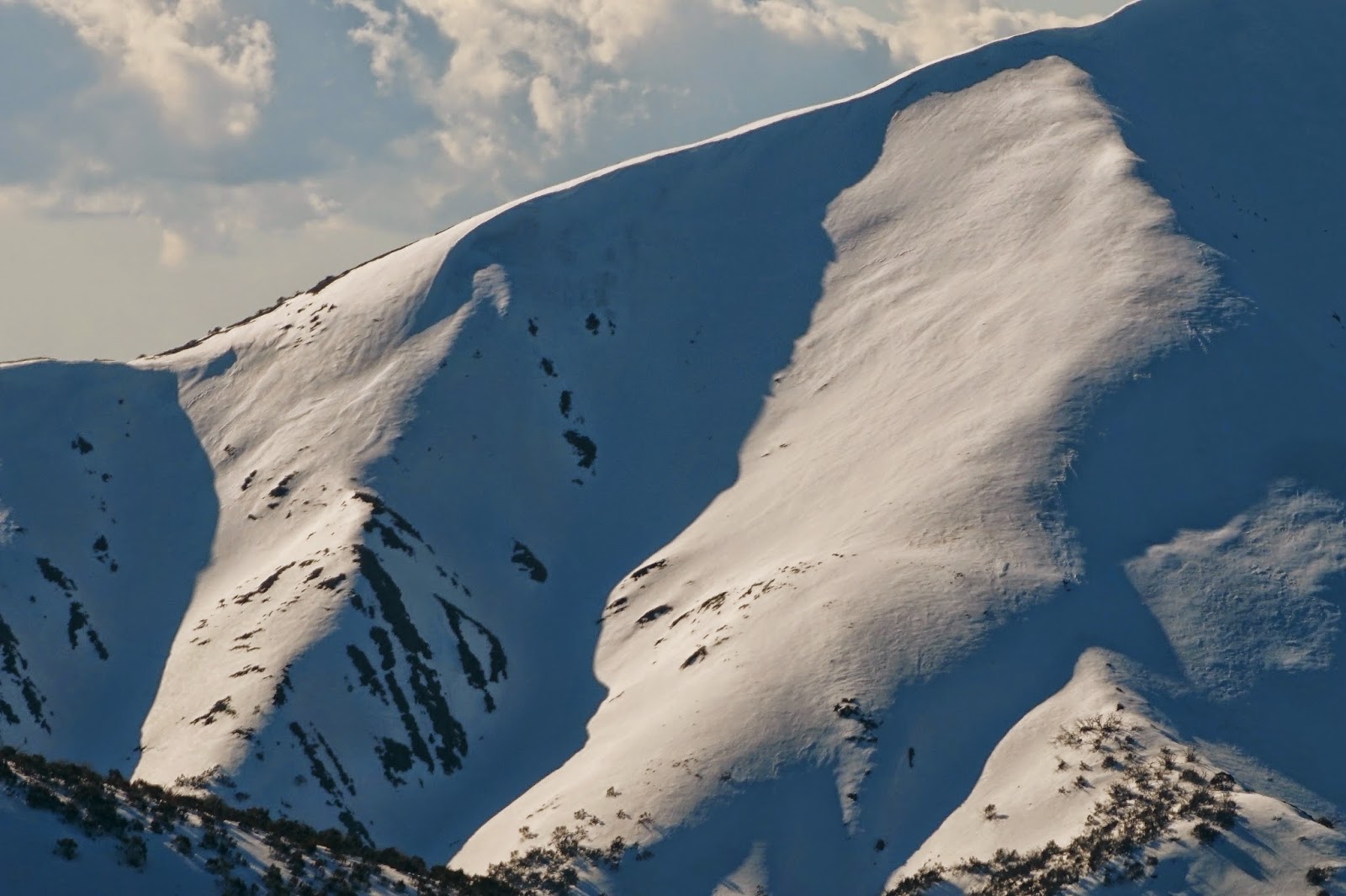 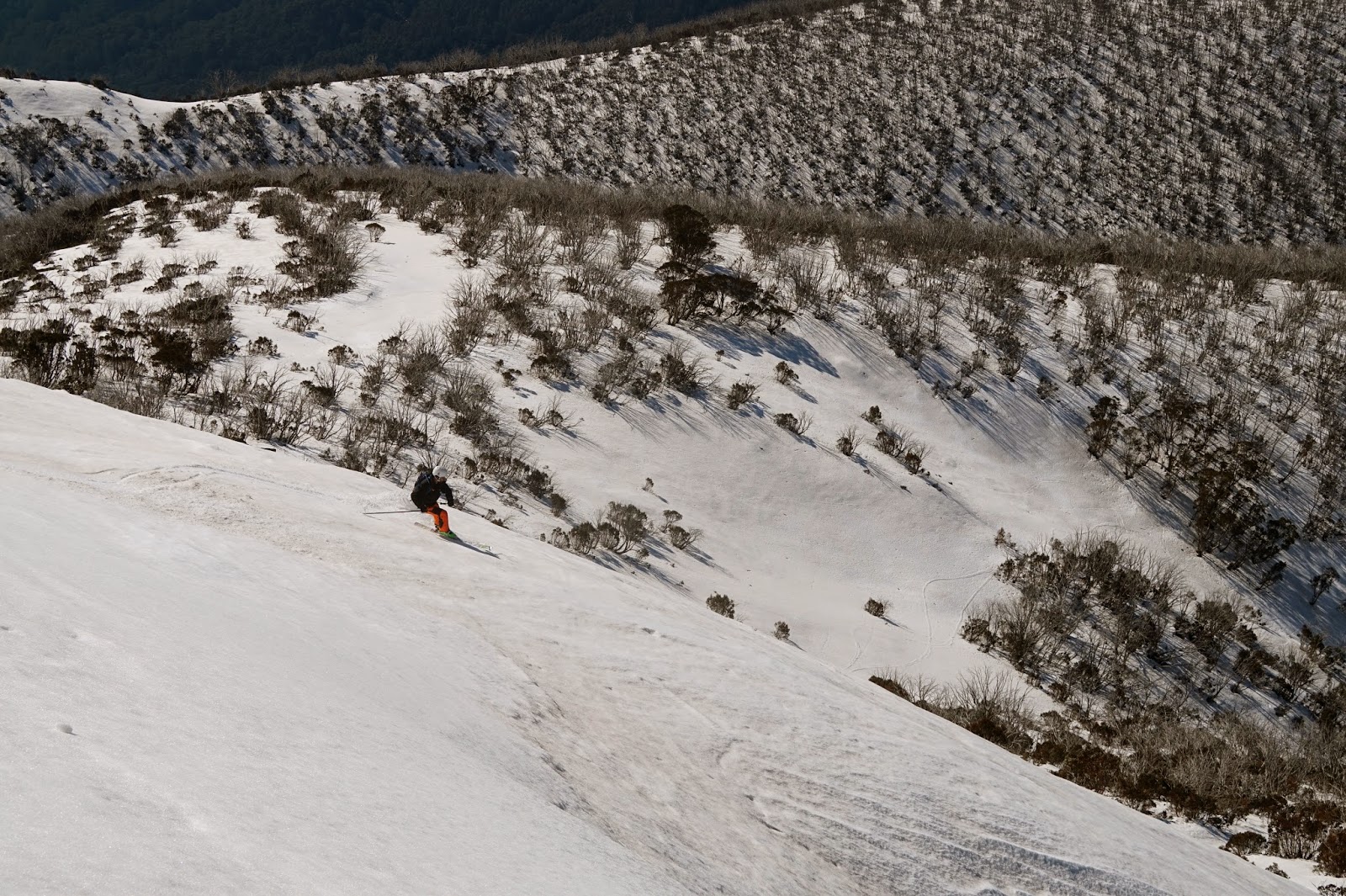 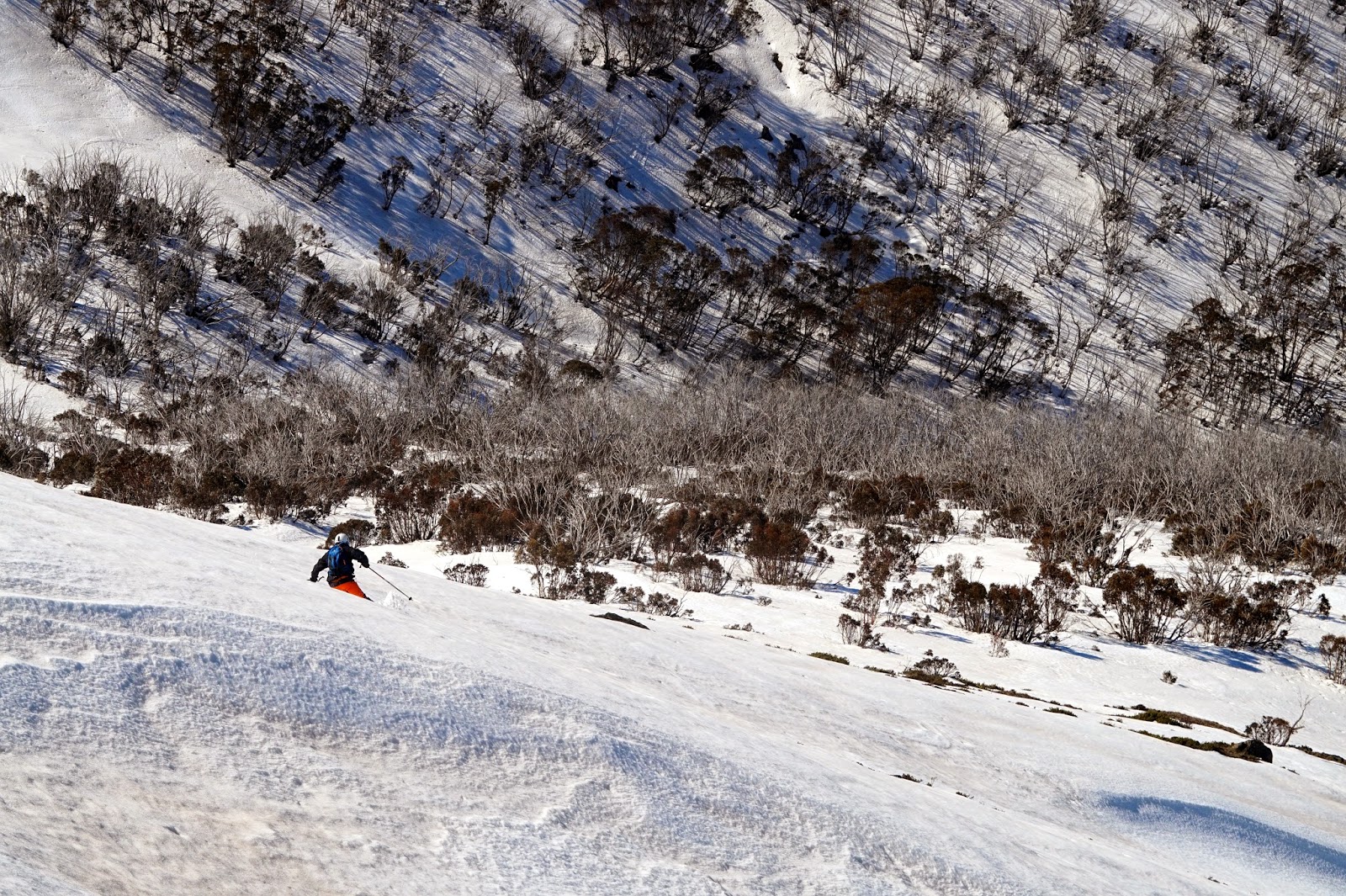 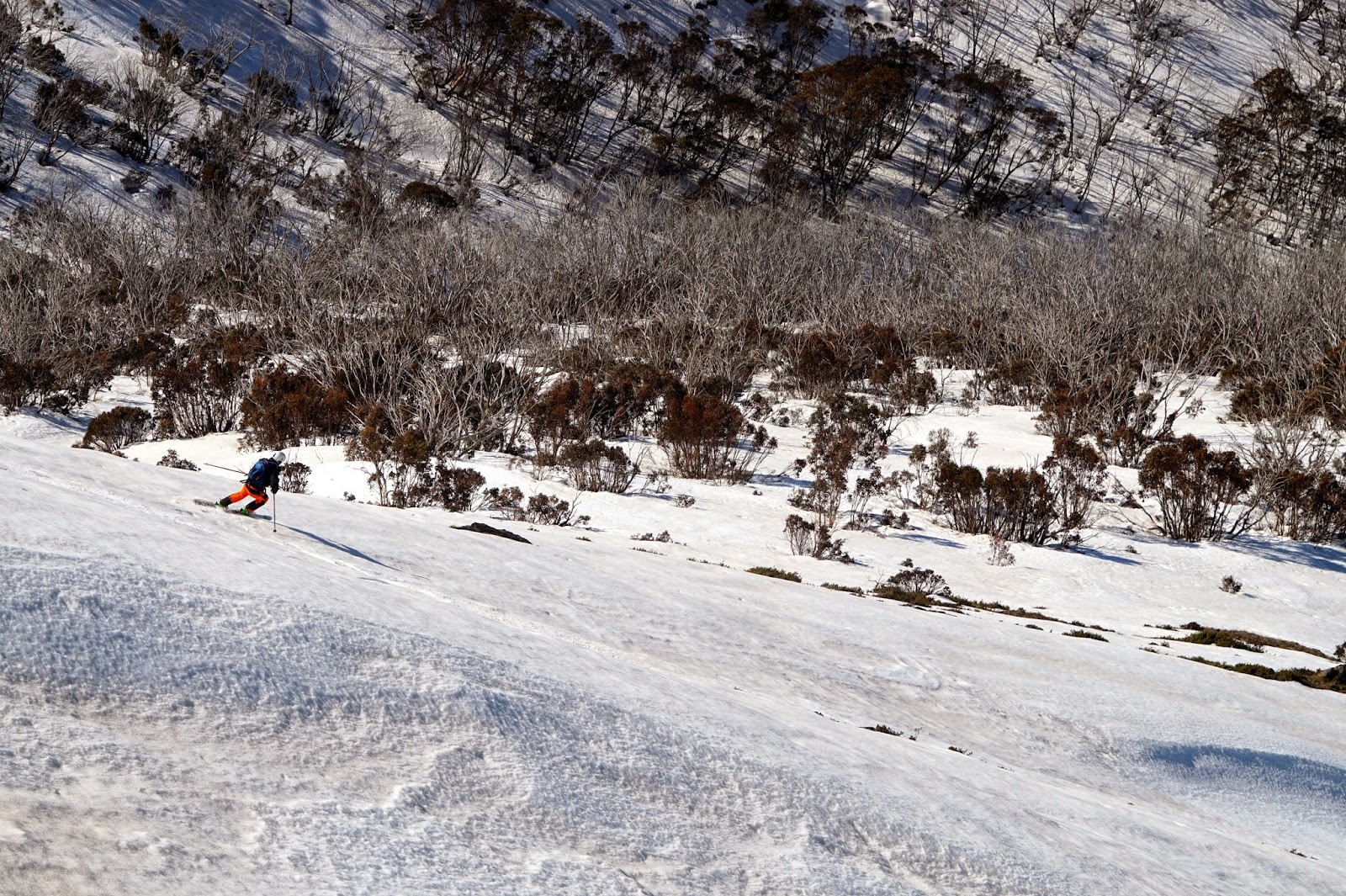 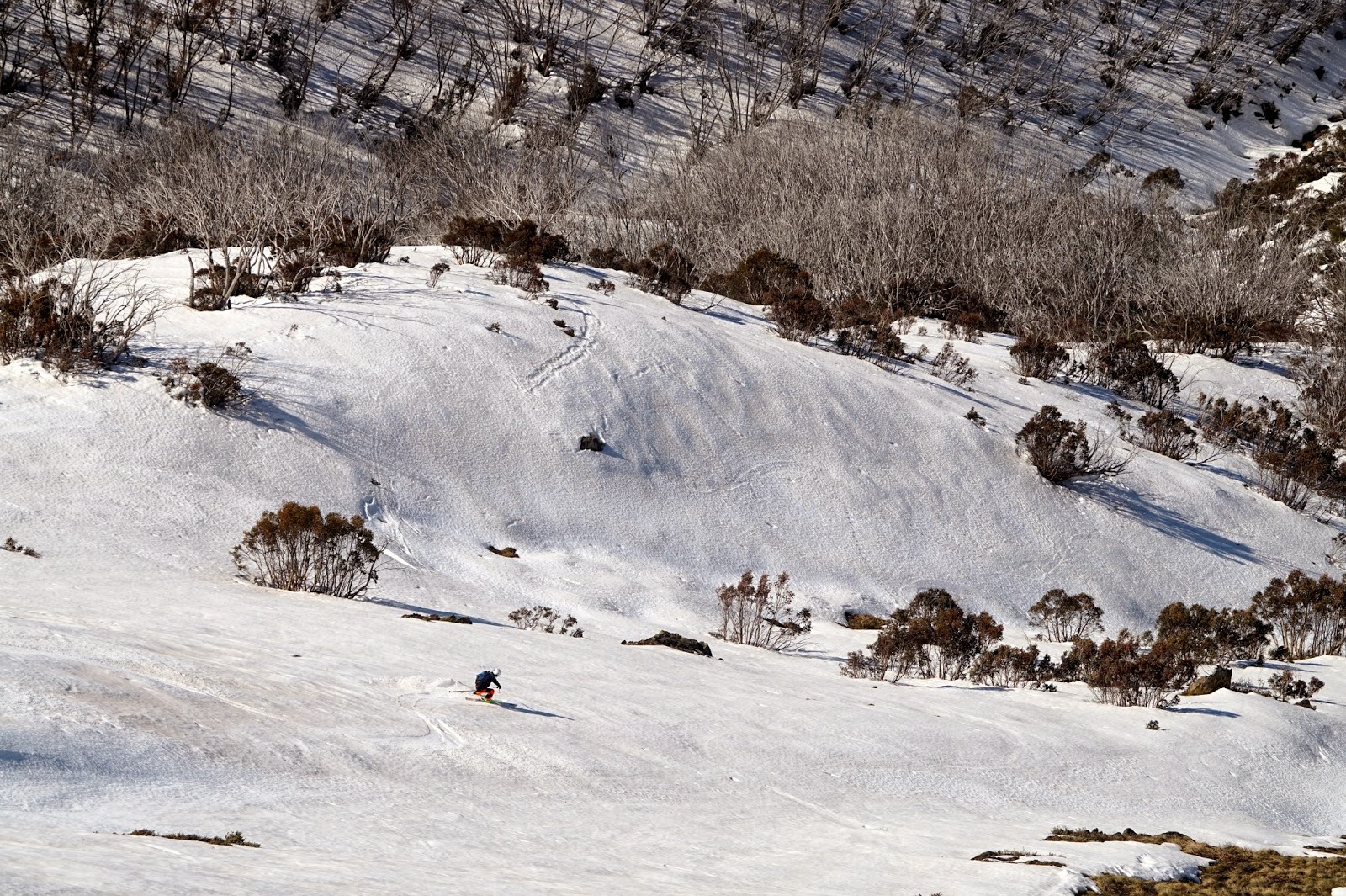 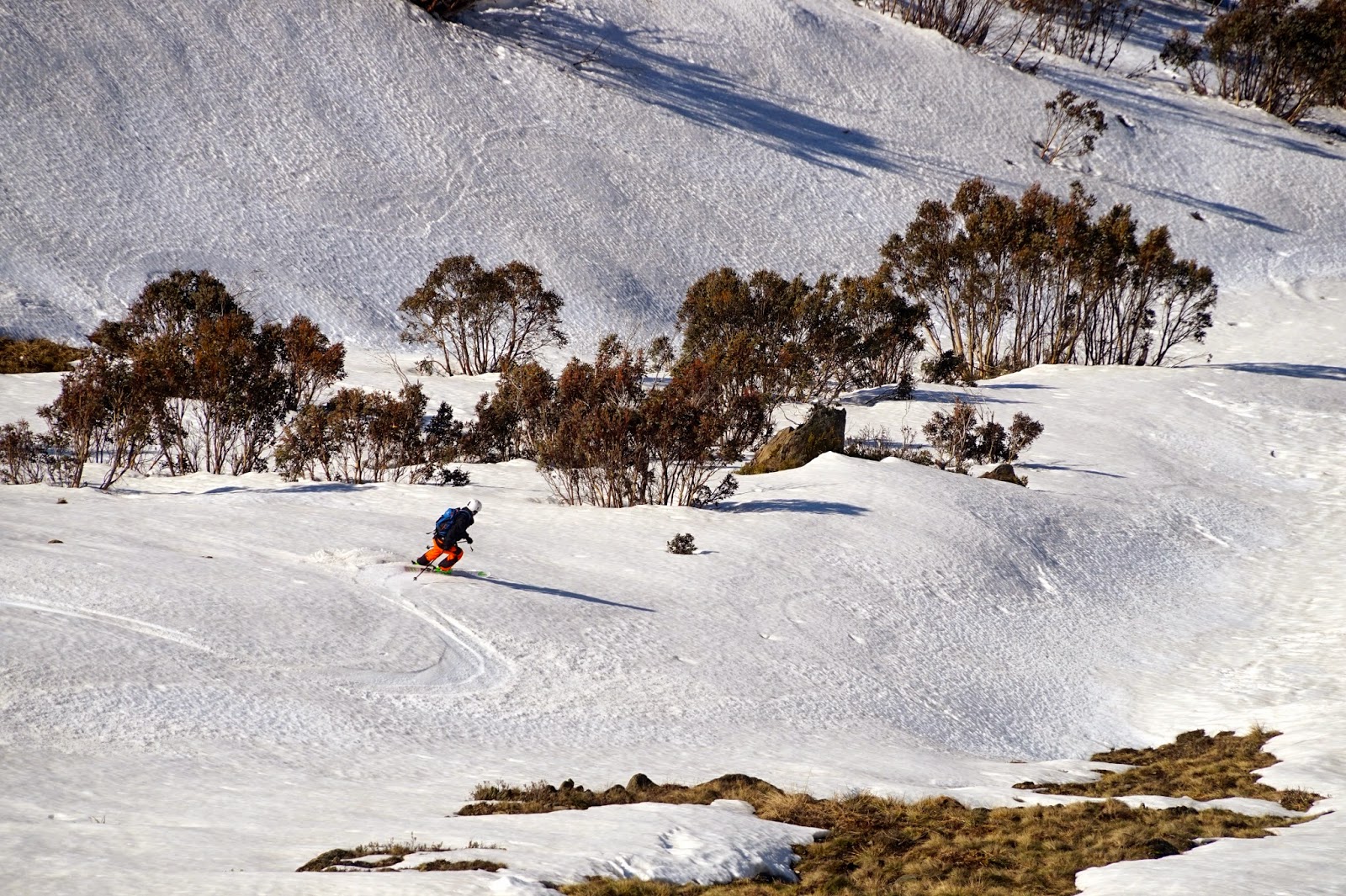 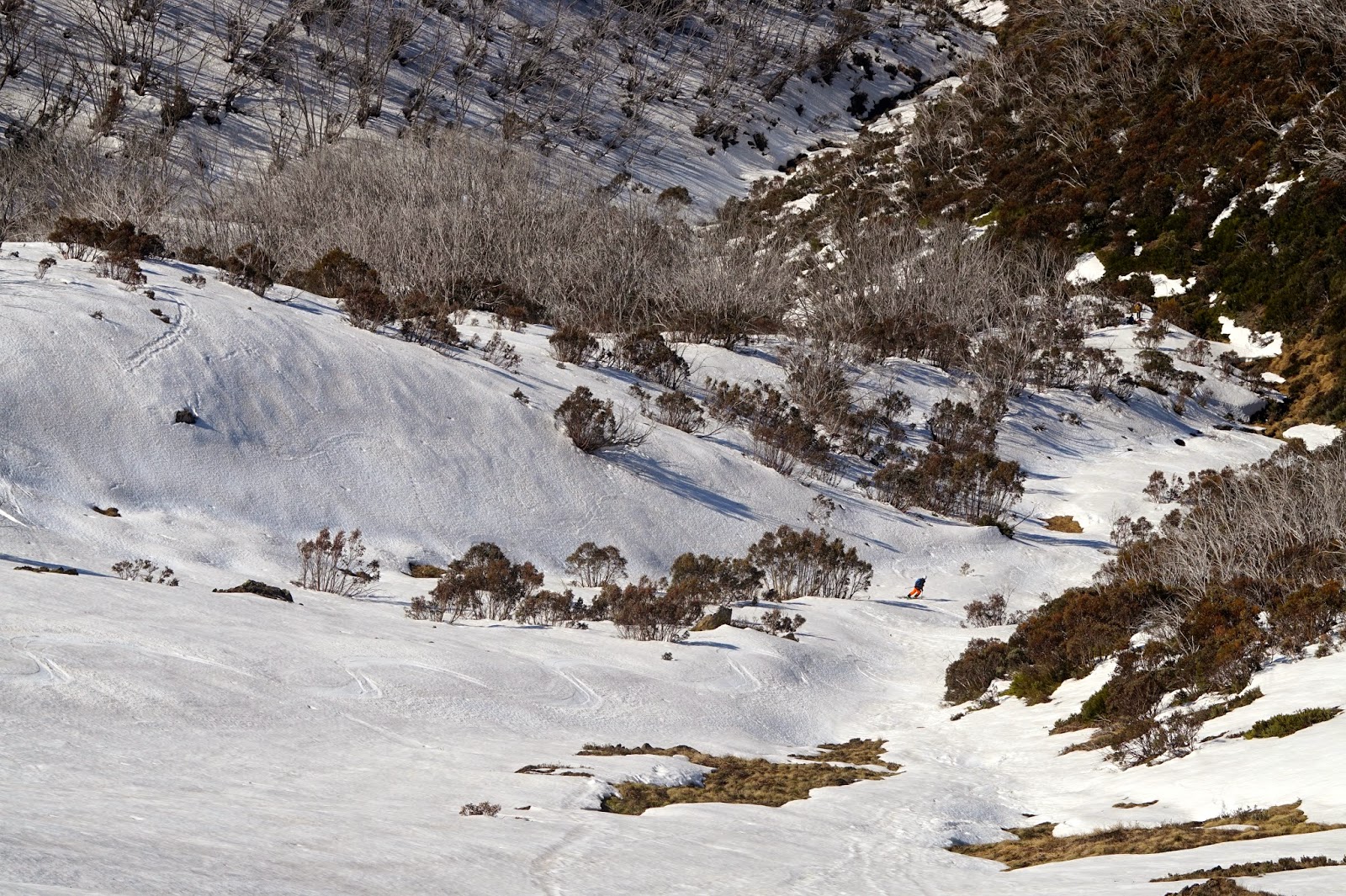 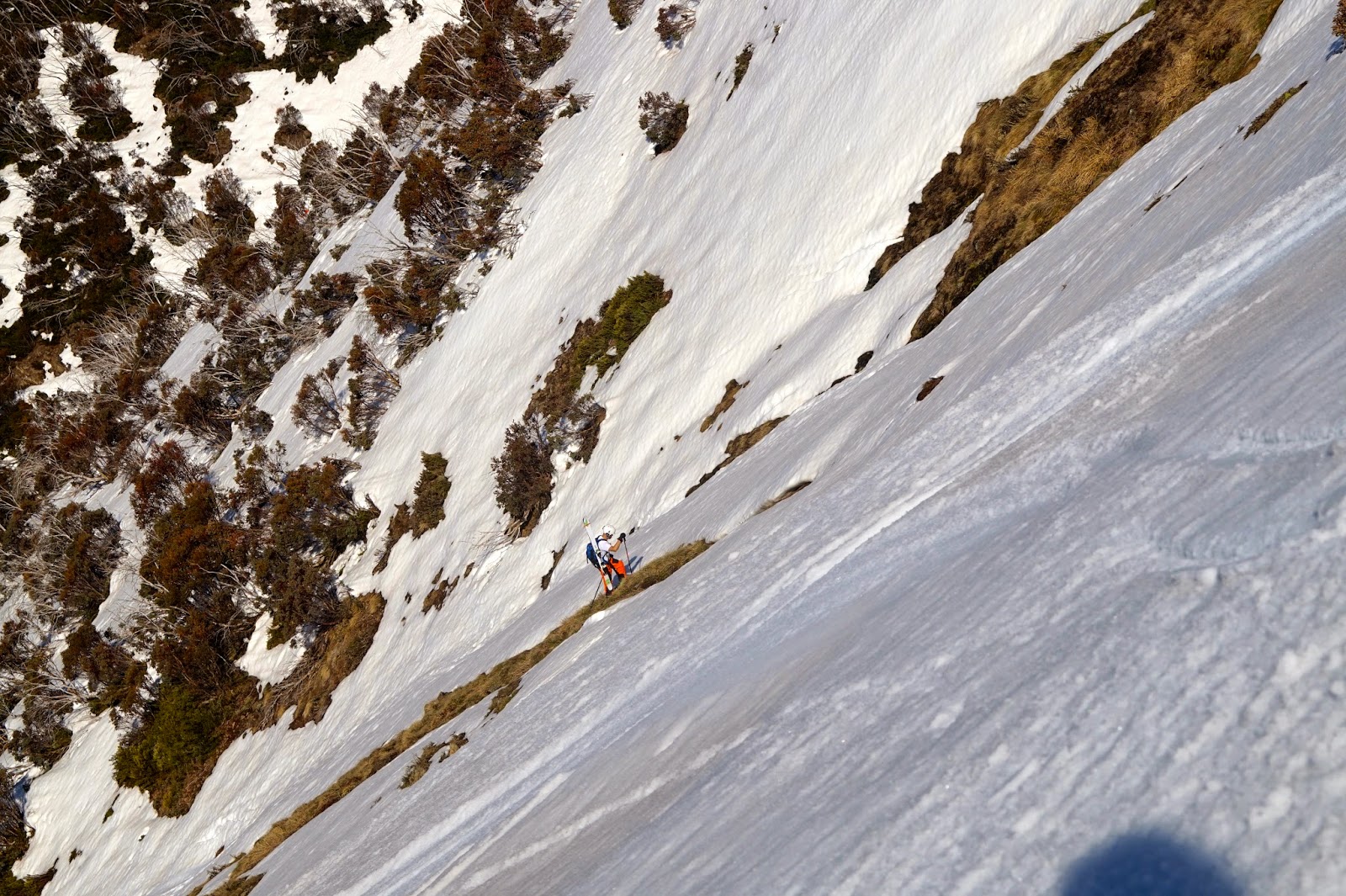 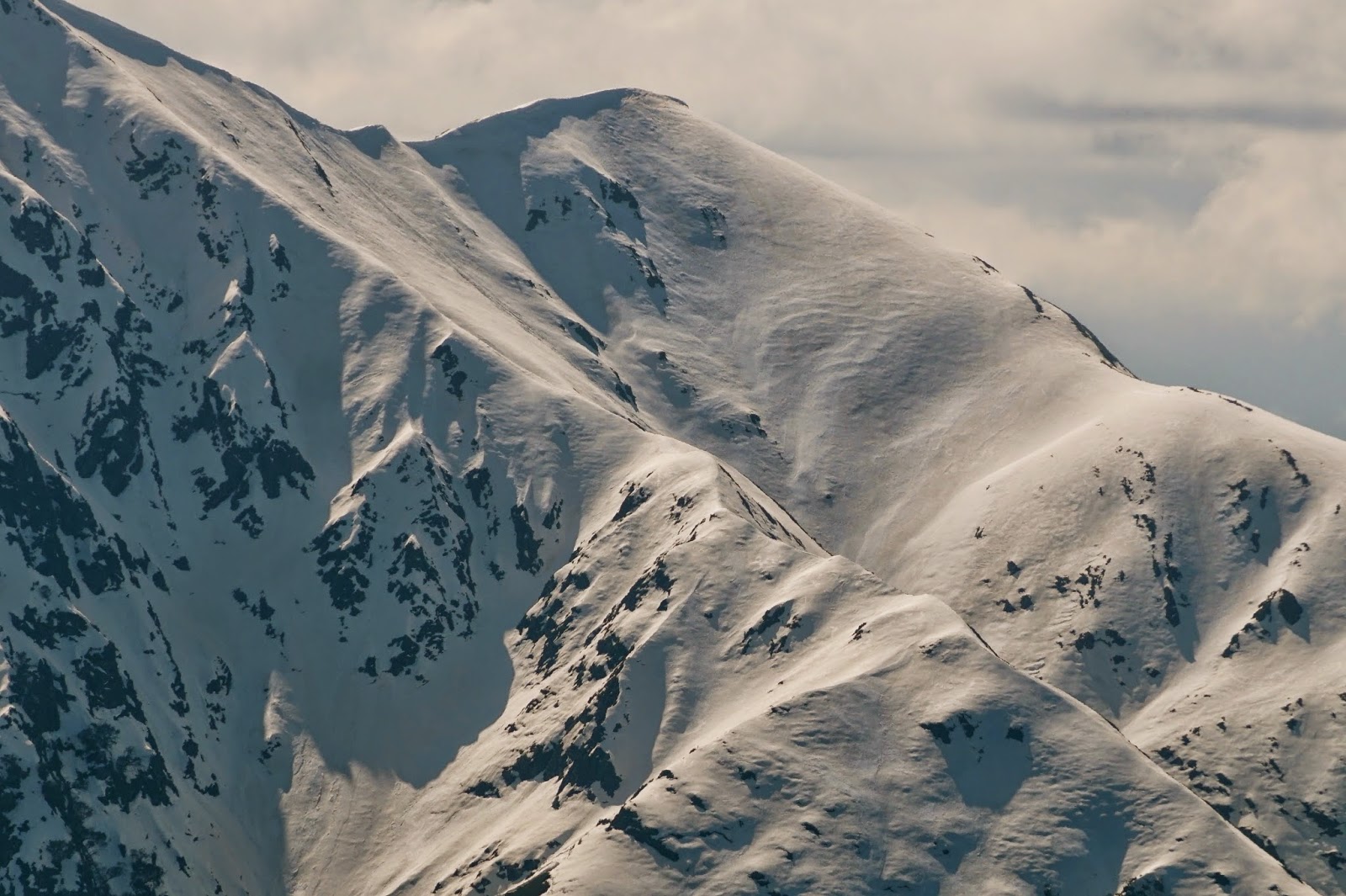 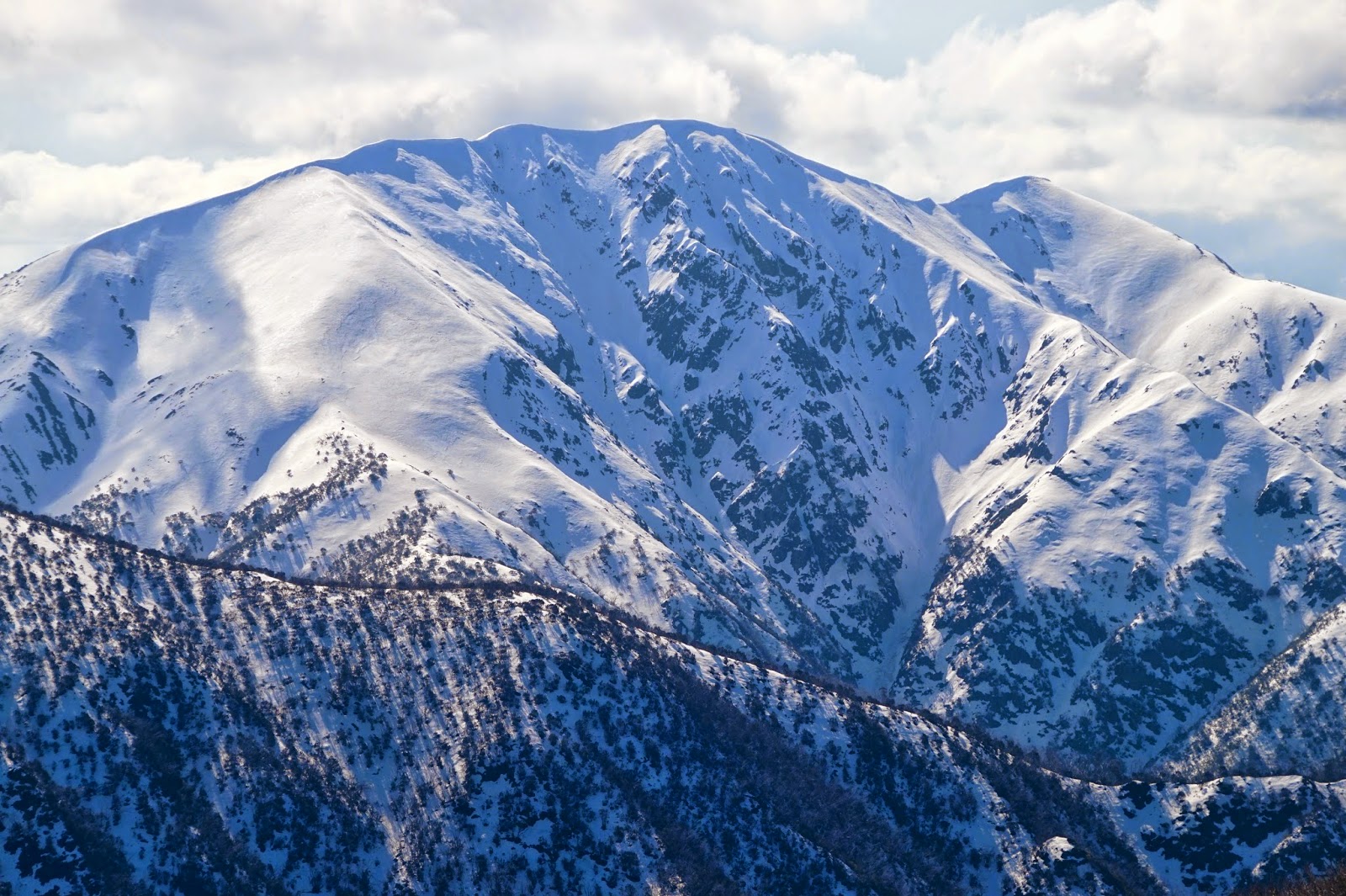 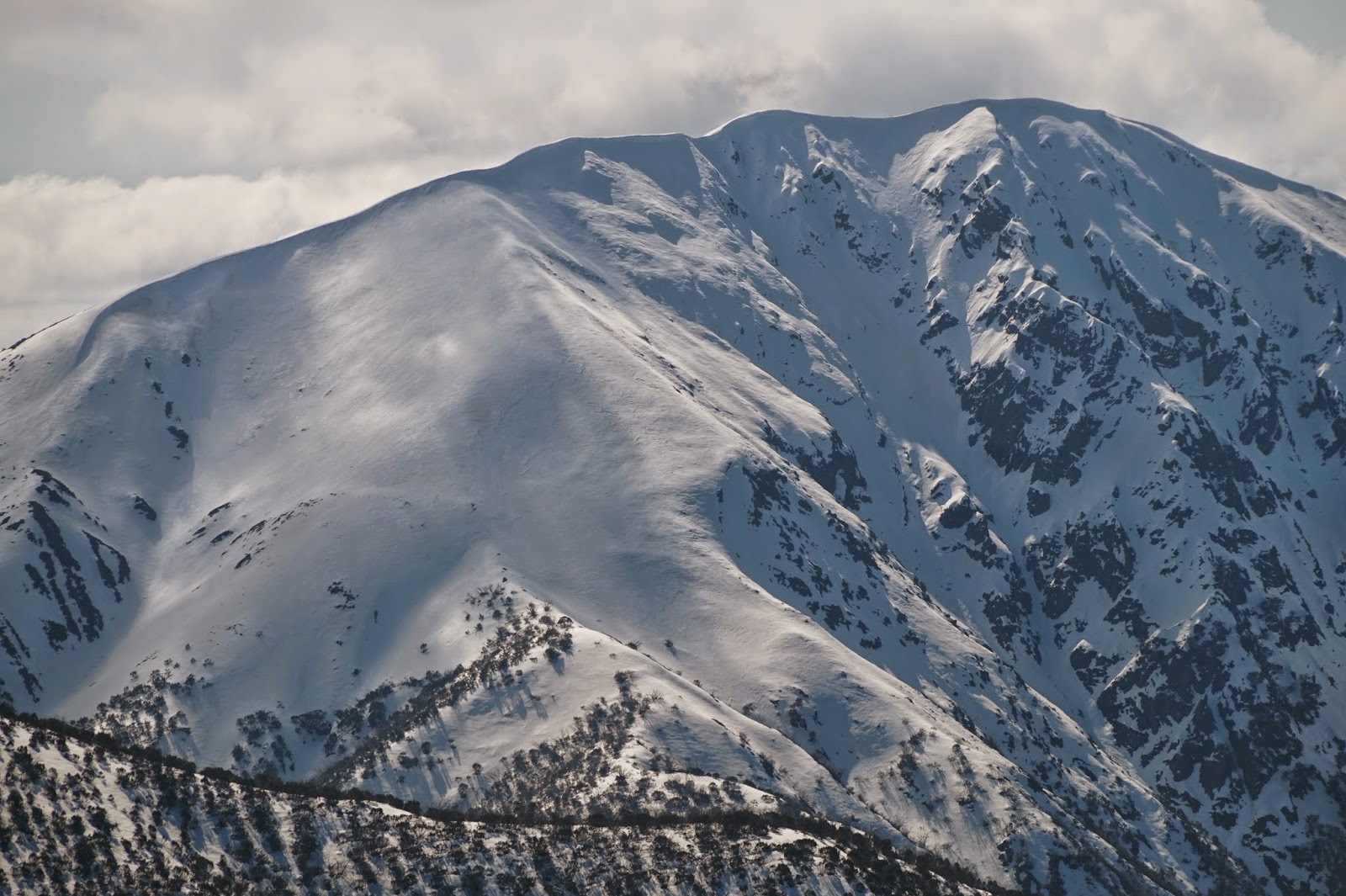 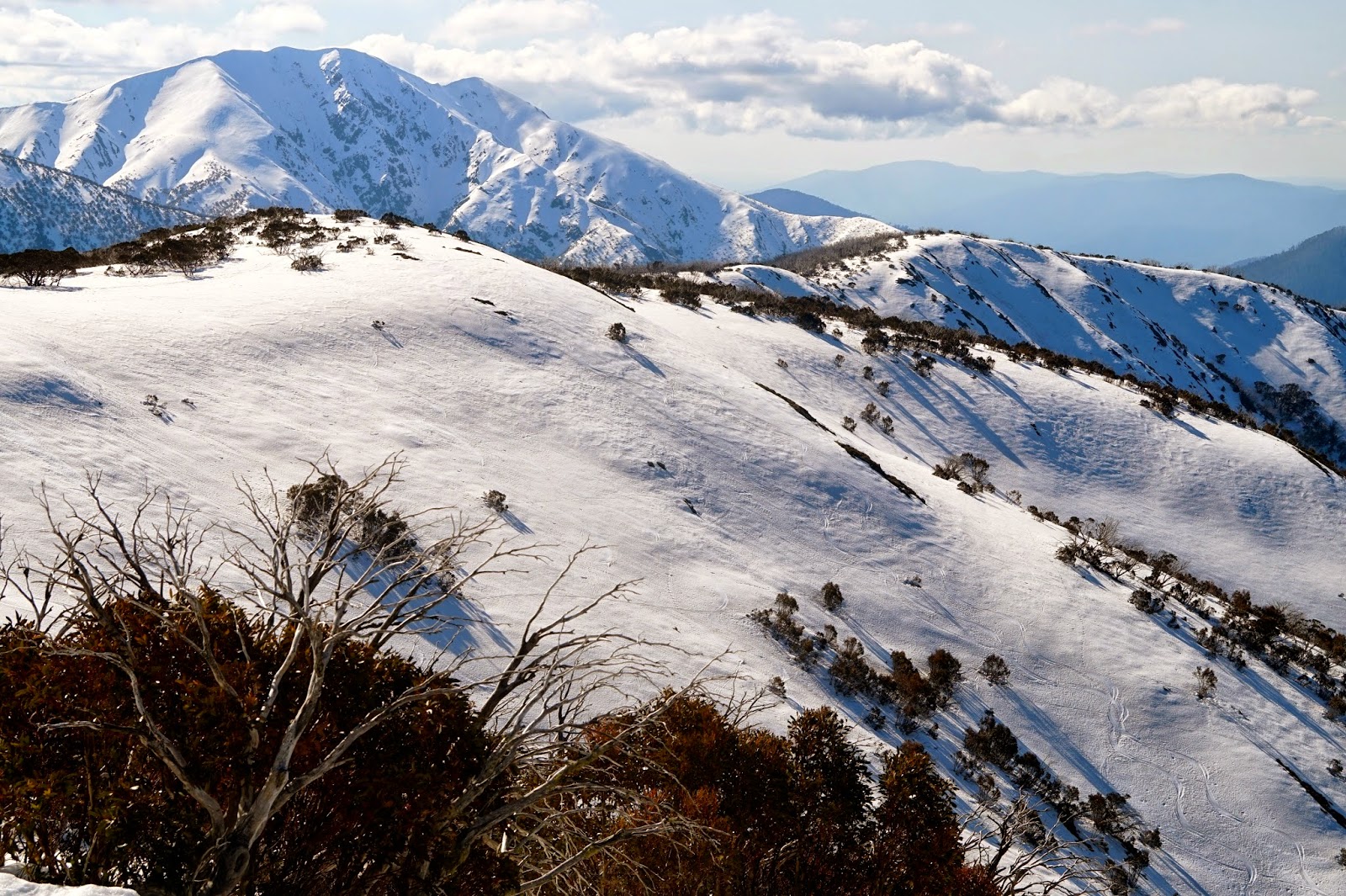 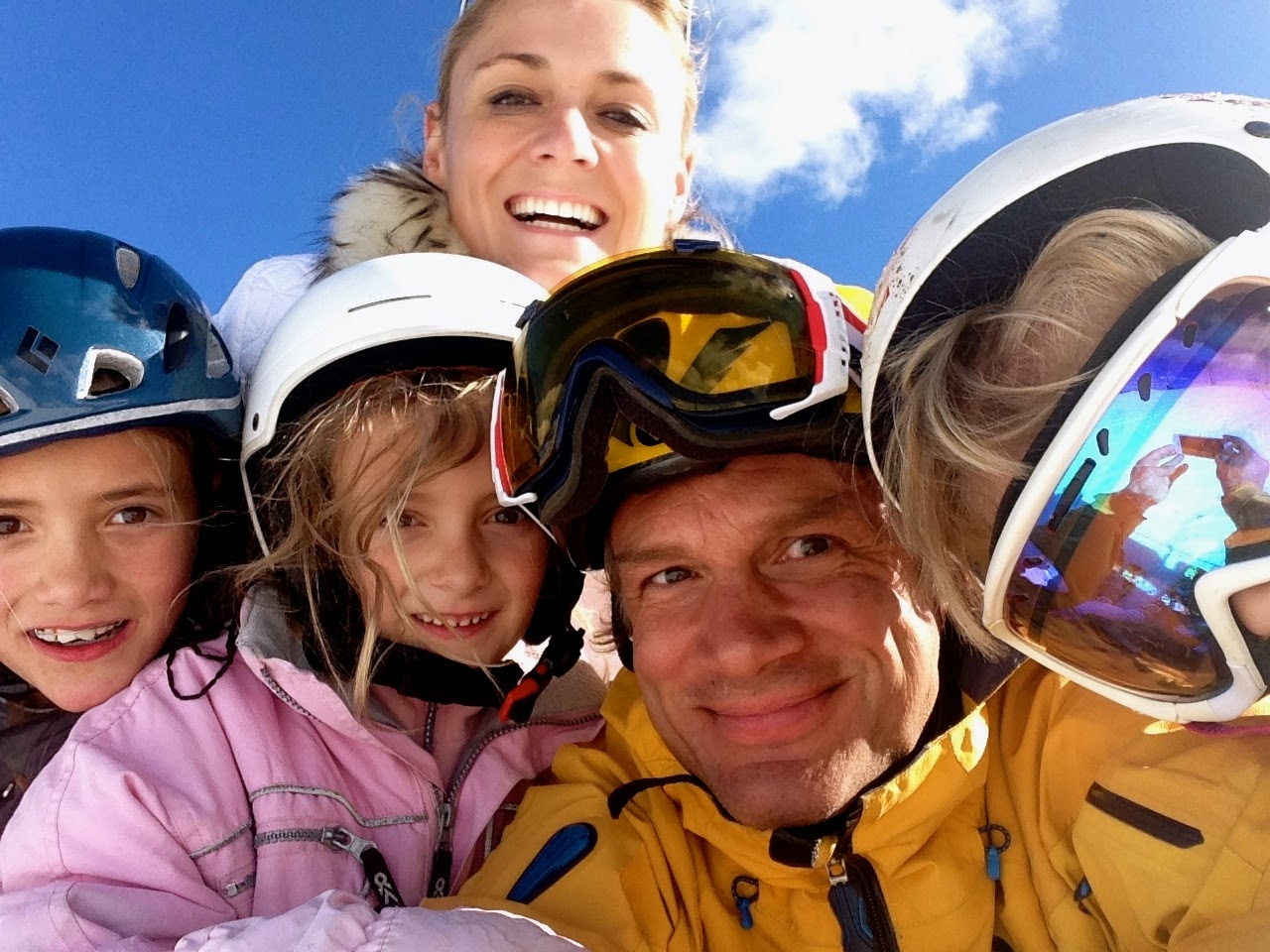 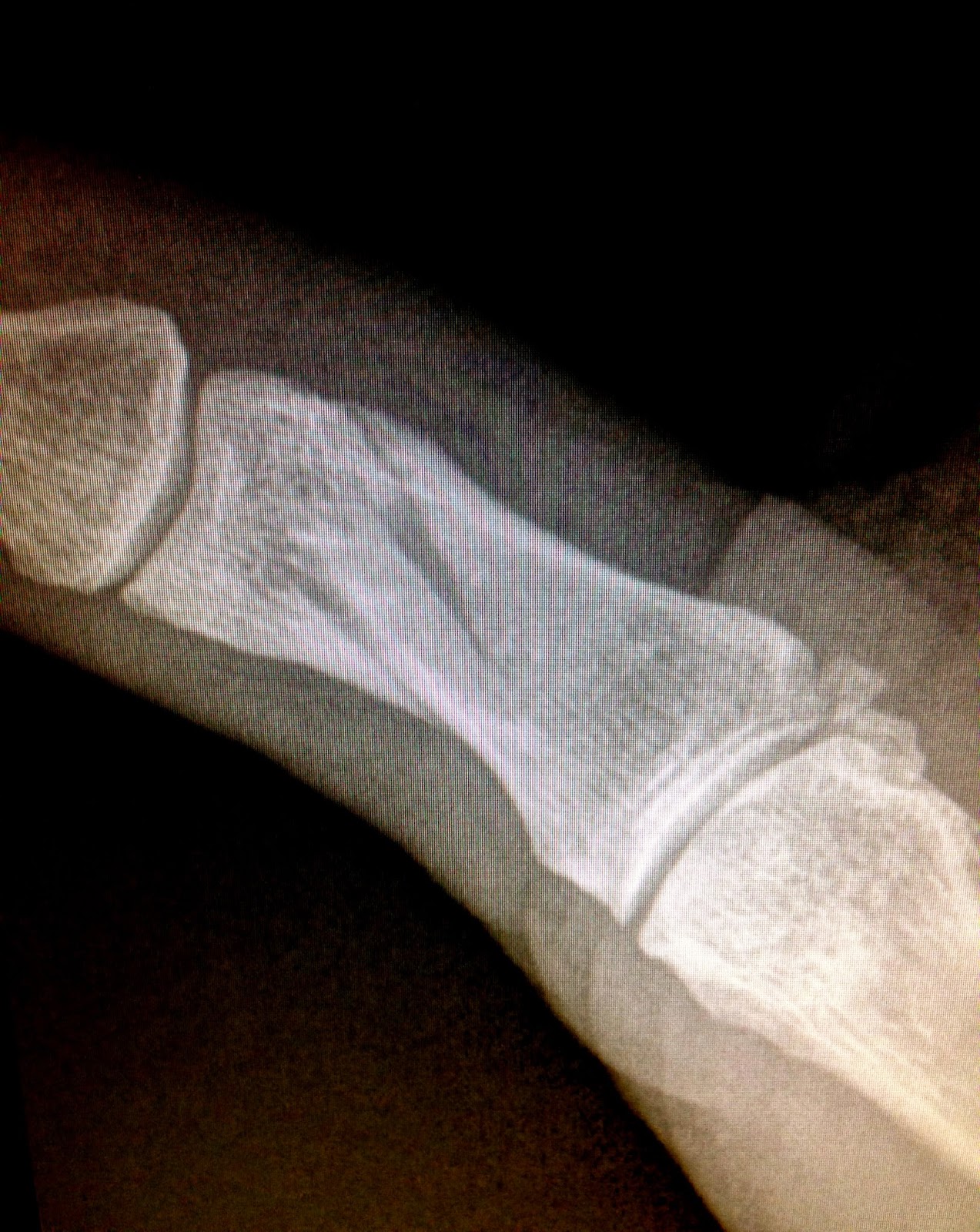