This was one of those years when my birthday lines up with Father's Day. Knowing that my darling wife would be out of the country on business (and thus in no position to say NO!), I had planned to ski from Camp Creek, up the Staircase to Bogong, over the BHPs past Falls to Hotham and then finishing at Dinner Plain. Charles Derrick made this traverse (the Victorian Haut Route) famous, although of course he didn't quite make it.
I'd lined up mum and dad to look after the kids at DP (although hadn't quite told them exactly about the traverse) and booked the High Plains Hotel for a celebratory dinner... and then smashed up my hand last weekend in a random dumb slip.
Such is the call of the mountains that even as I emerged from general anaesthesia on Friday morning, I was still convinced of a smaller day trip out to Feathertop and back to ski that goddam south east face that hasn't had a single track laid down on it all winter.
They picked me up from hospital, and we had a lovely sunset driving up the hill. 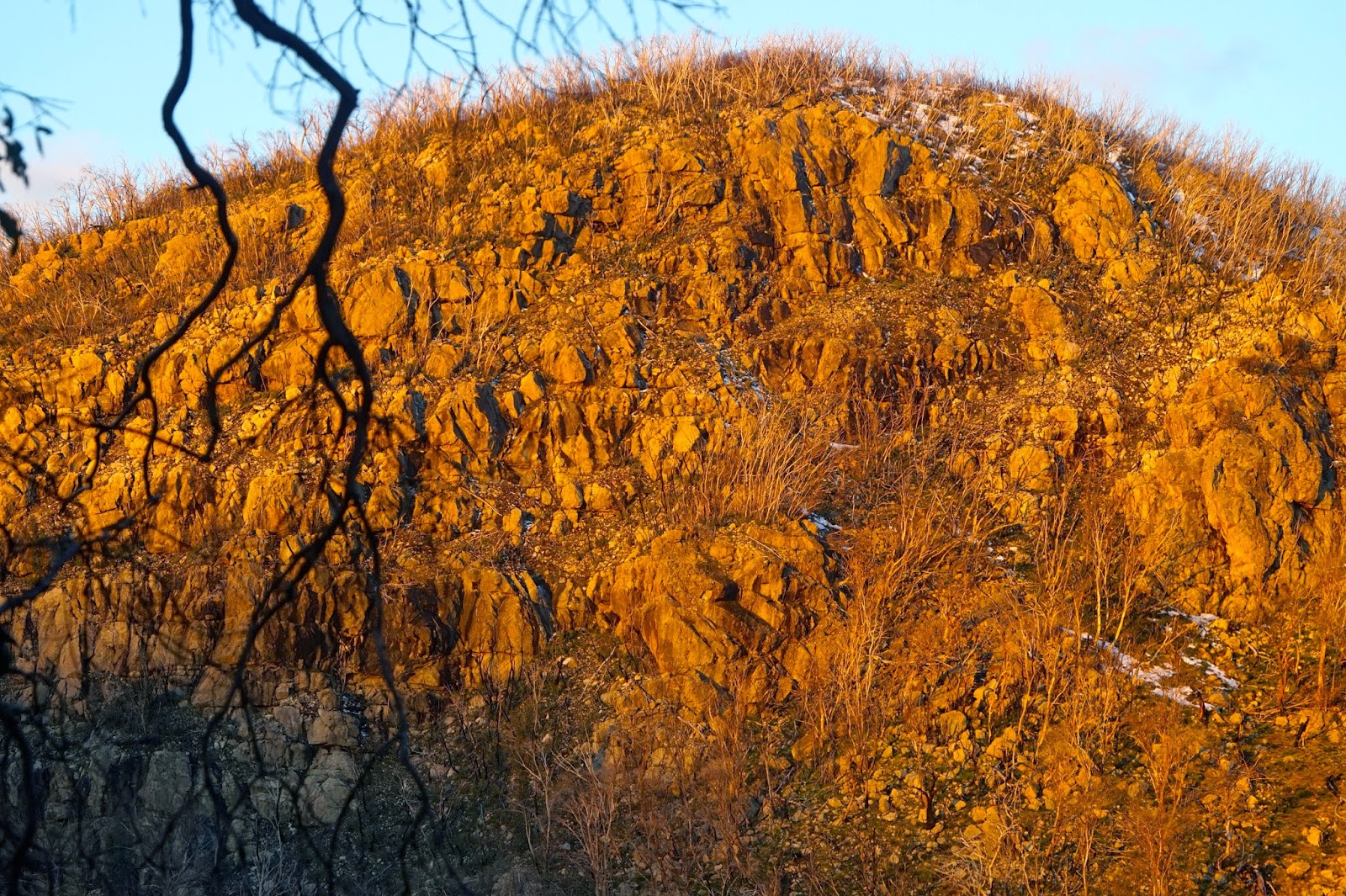 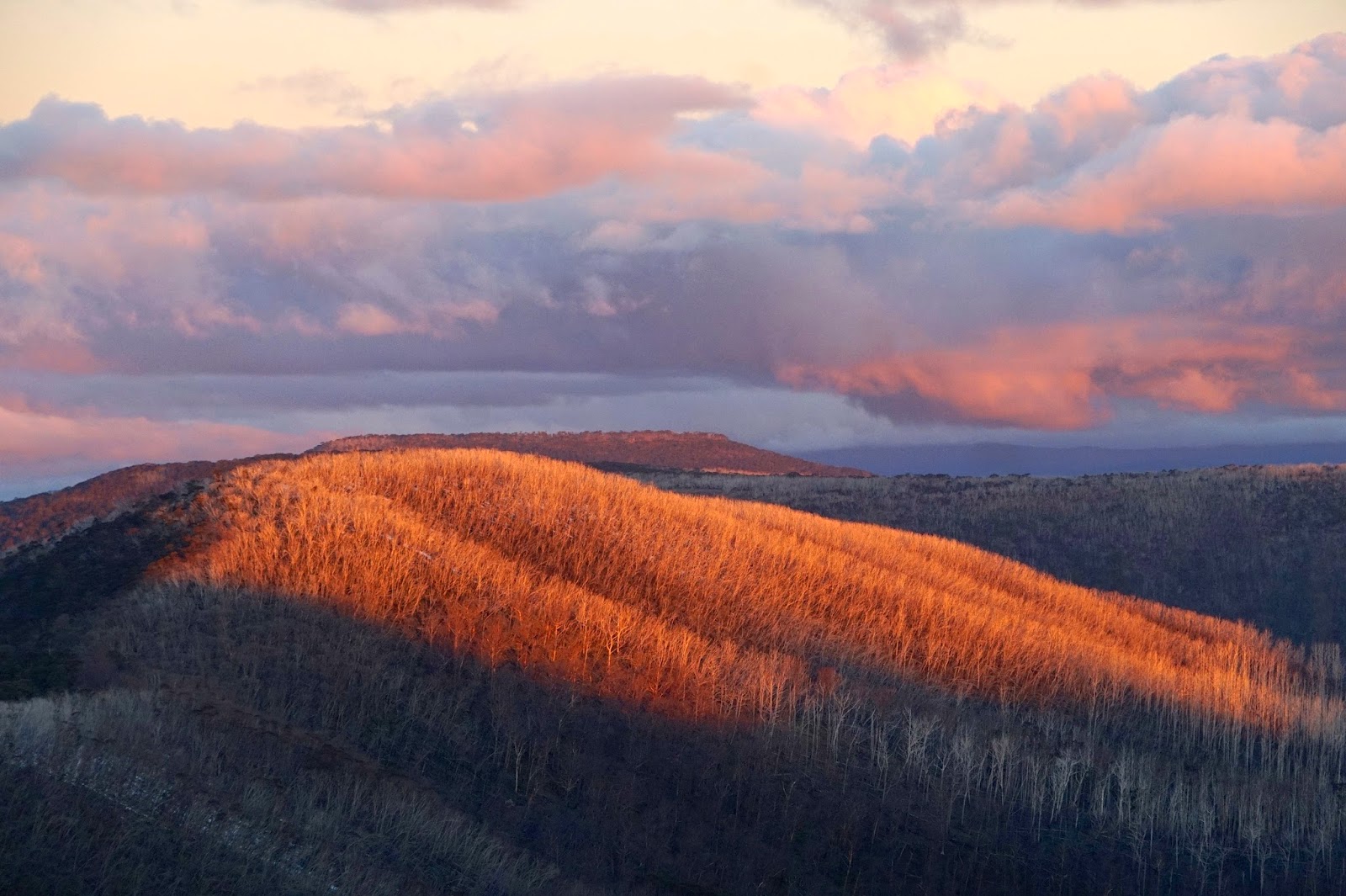 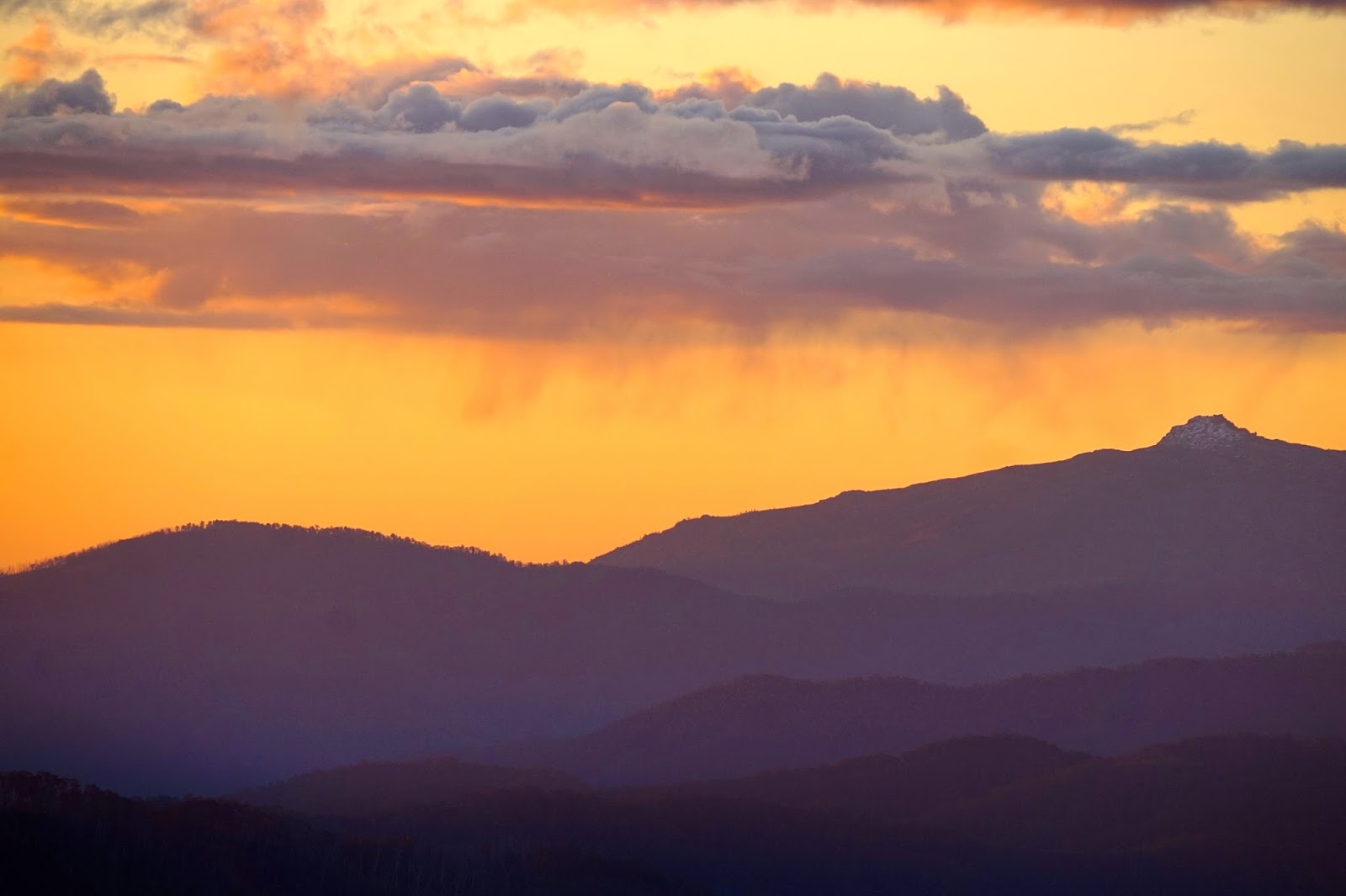 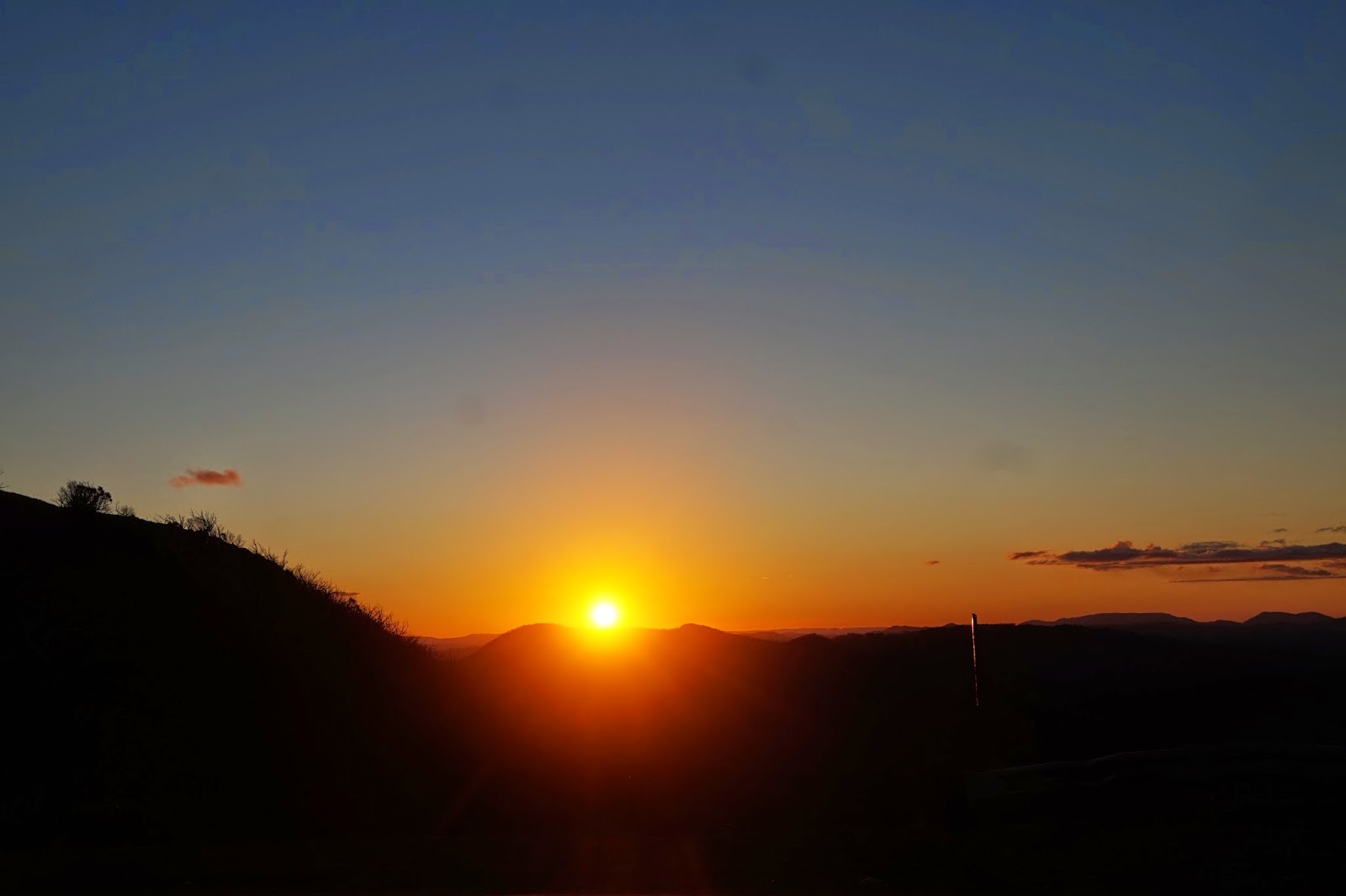 Mum and dad do regular work for Rotary (dad is head Pooh-Bah this year) building schools in South East Asia amongst other things. Mum has a trip planned in a few weeks and was worried sick she'd do a knee skiing, so on Saturday I convinced her to come out snowshoeing (with me on my pattern-bases) instead. We left dad skiing with the wombats (teaching another generation) and walked up to the Hotham trig until she got the hang of it - then we trekked back to say hi to the kids at the Summit Chair before starting out to Mt Loch.
Mum is a great walker and still amazingly fit, so we reached Loch in just over an hour. It was worth the walk, with the same amazing views that I seem to be taking in most weekends these days. In trying to boil a cup of tea, I cracked the French press, which served as a great excuse to drop down Machinery for some mountain creek water. An idiot certainly, but the day was hot, skiing is an addiction, and we were crazy thirsty. Boot-packing up with a pair of skis and a plaster cast, I'm proud to say I didn't spill a drop. It was the best fucking water we have ever drunk.
My plastic surgeon would have been furious, but I could sooner have held my breath than not ski for a fortnight. 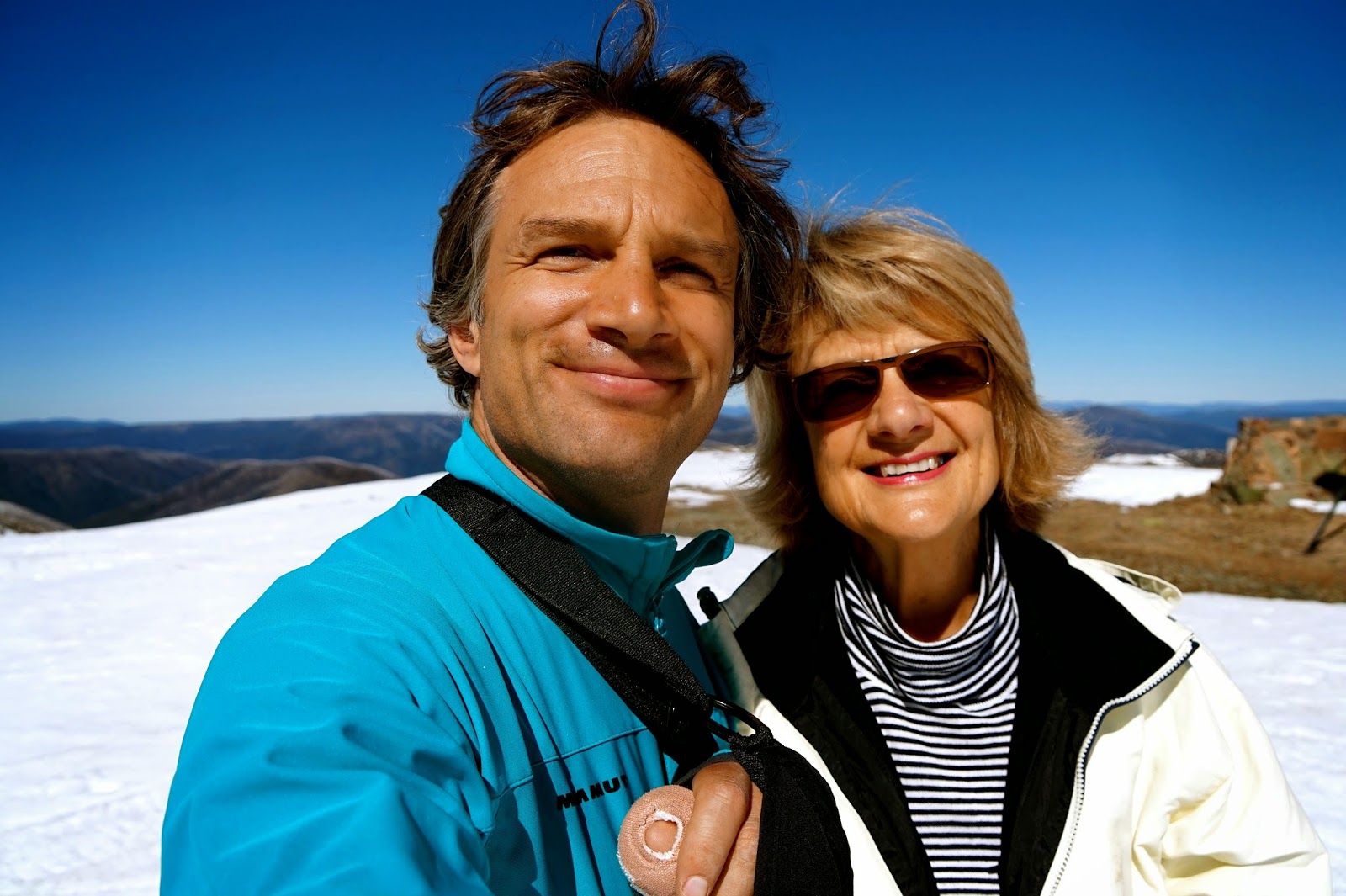 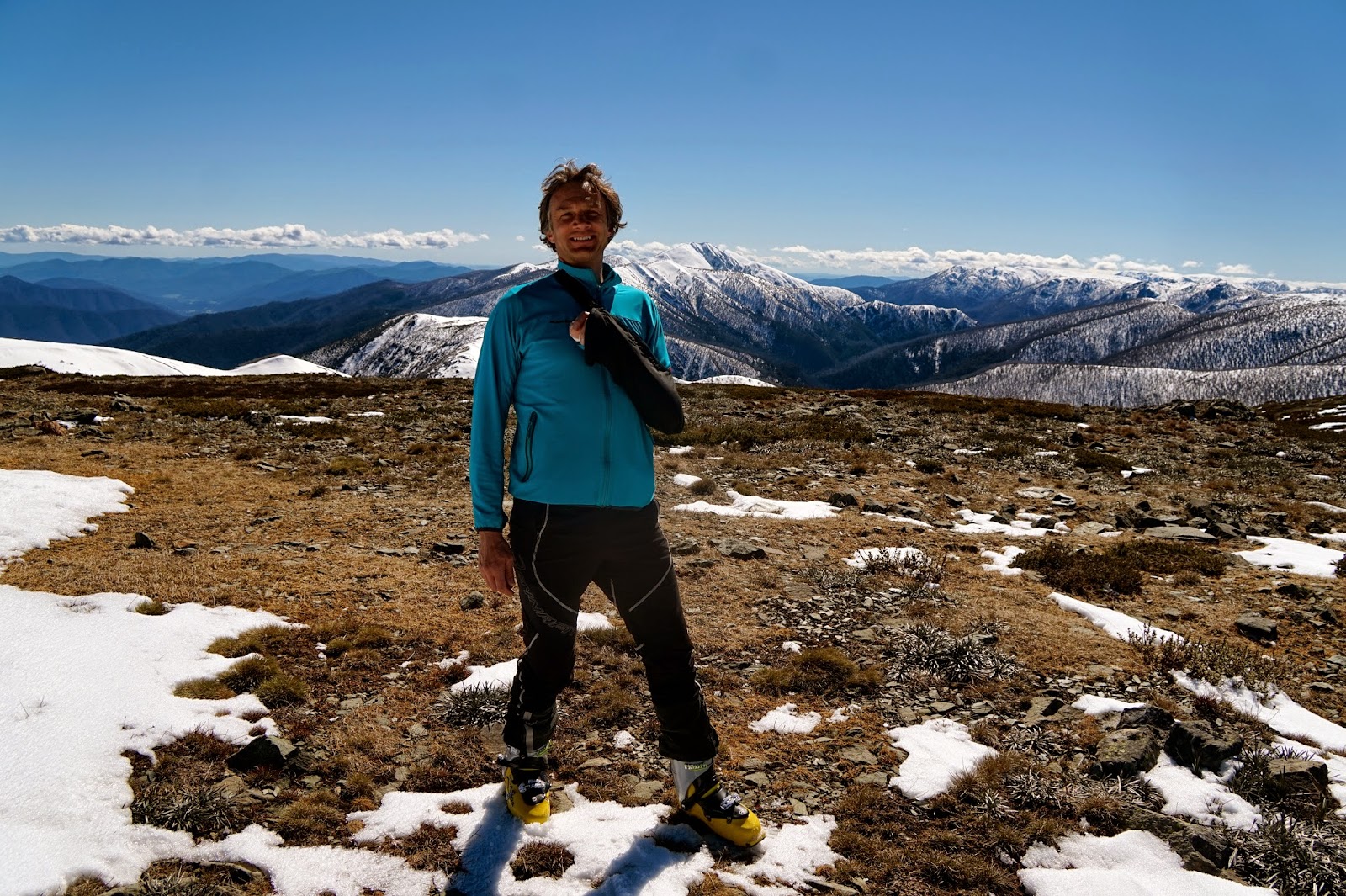 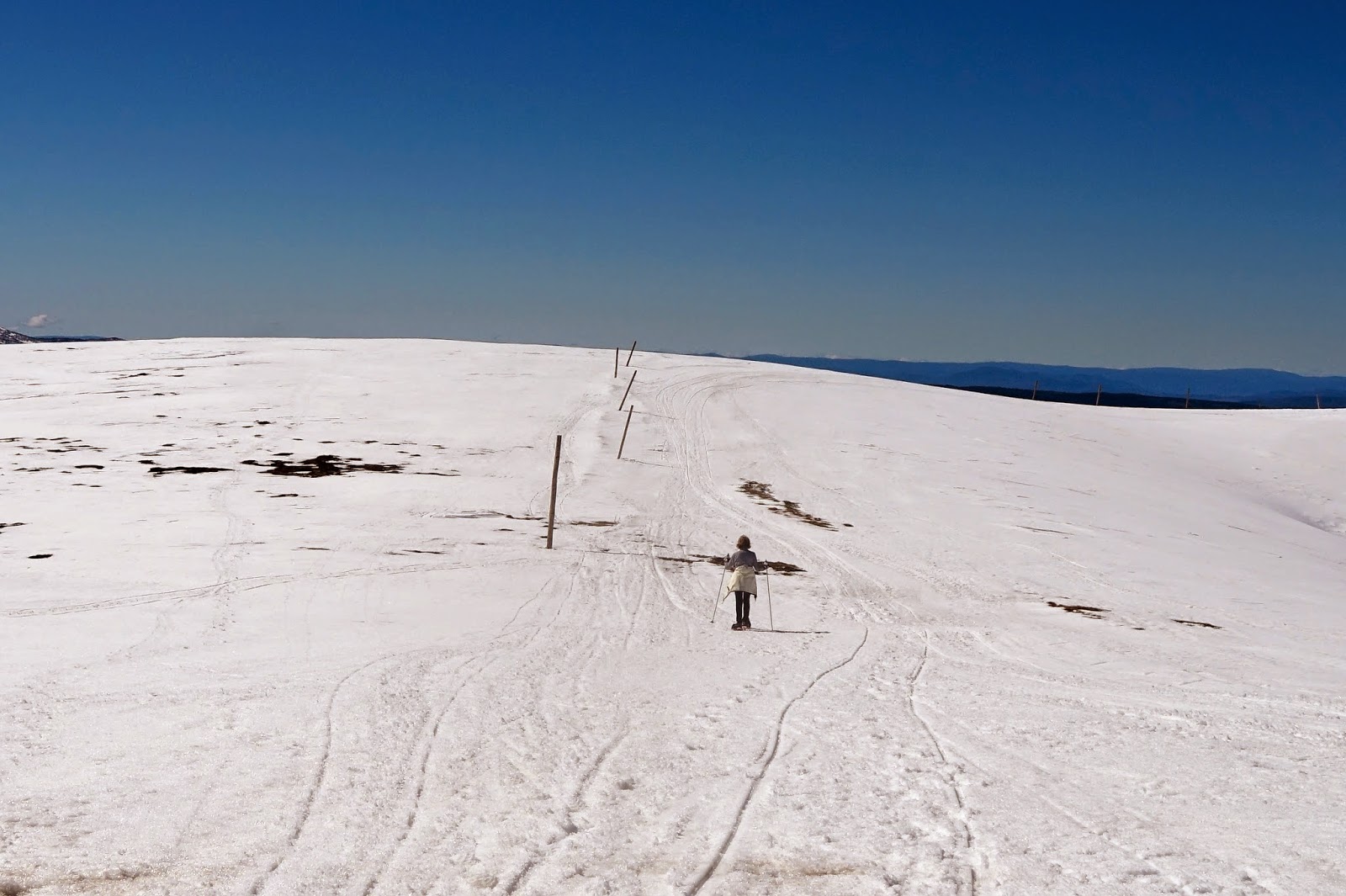 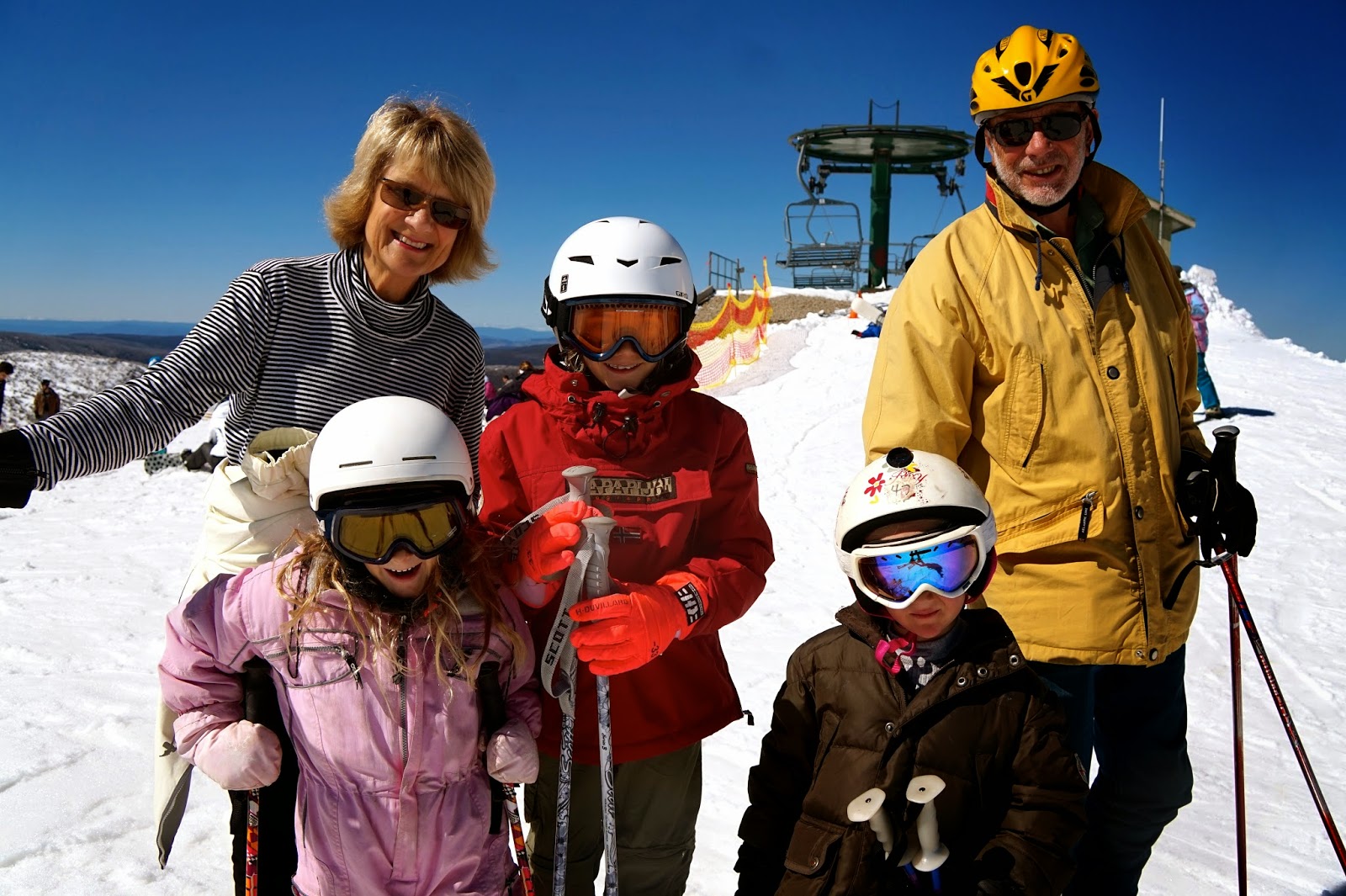 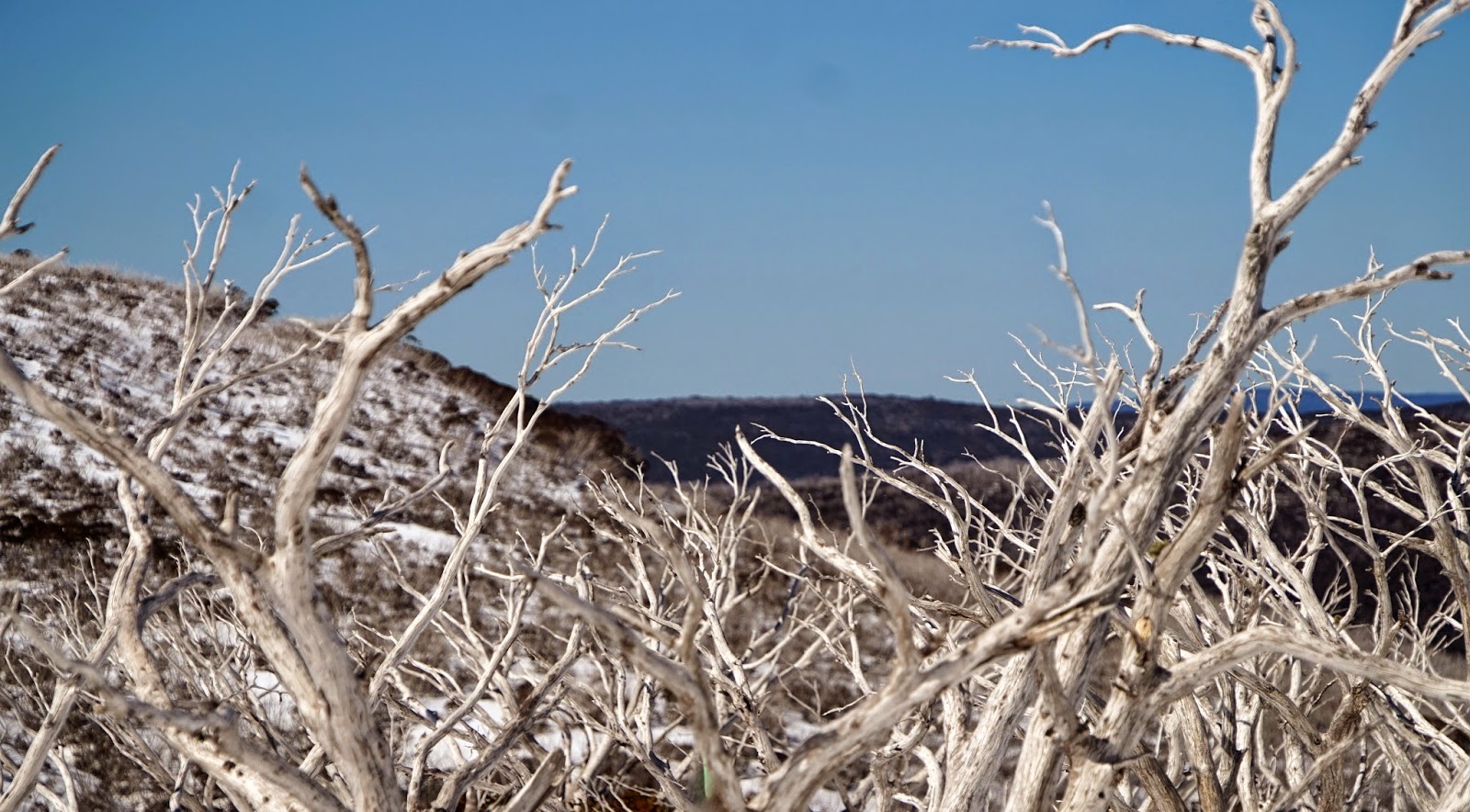 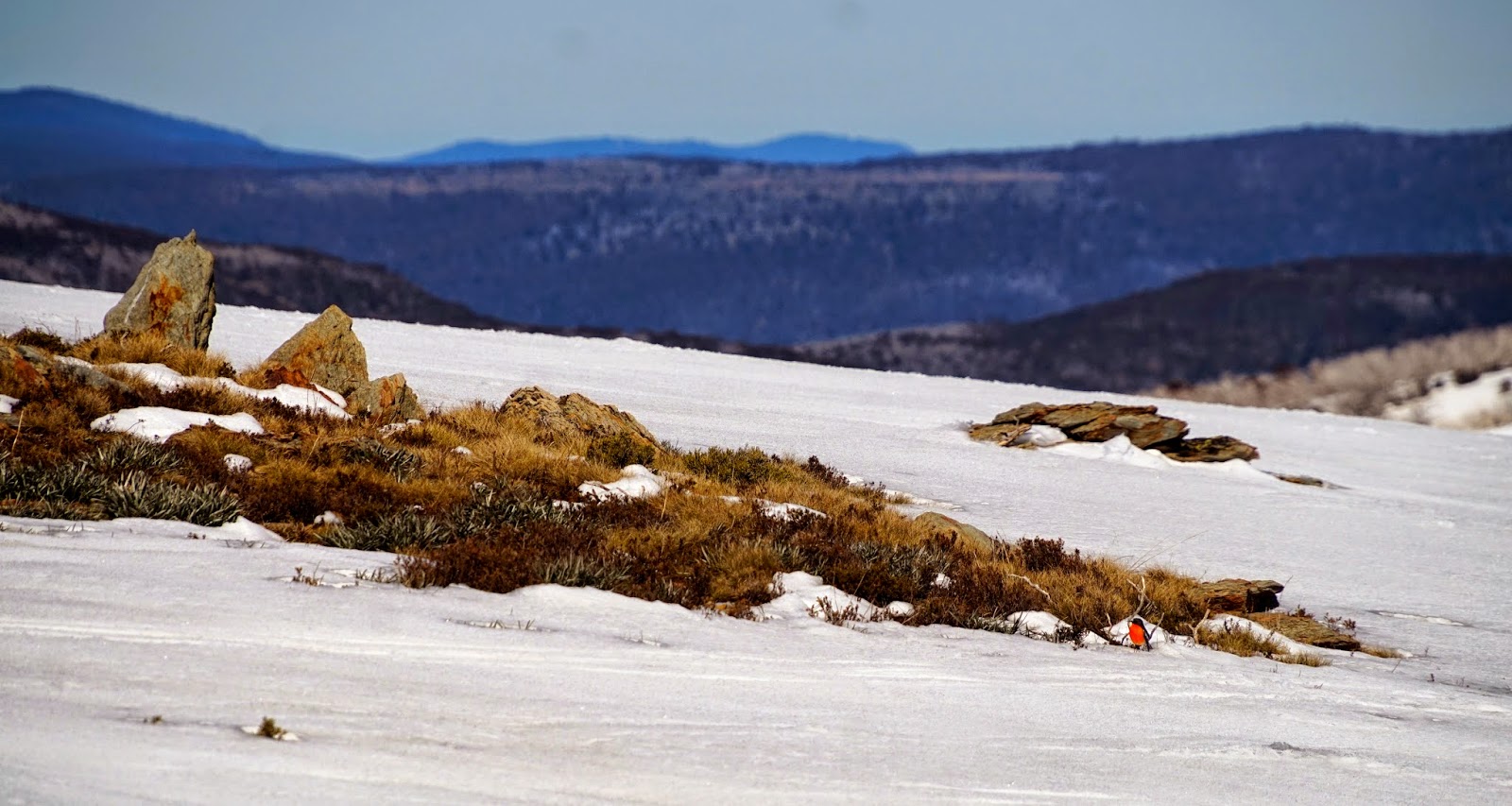 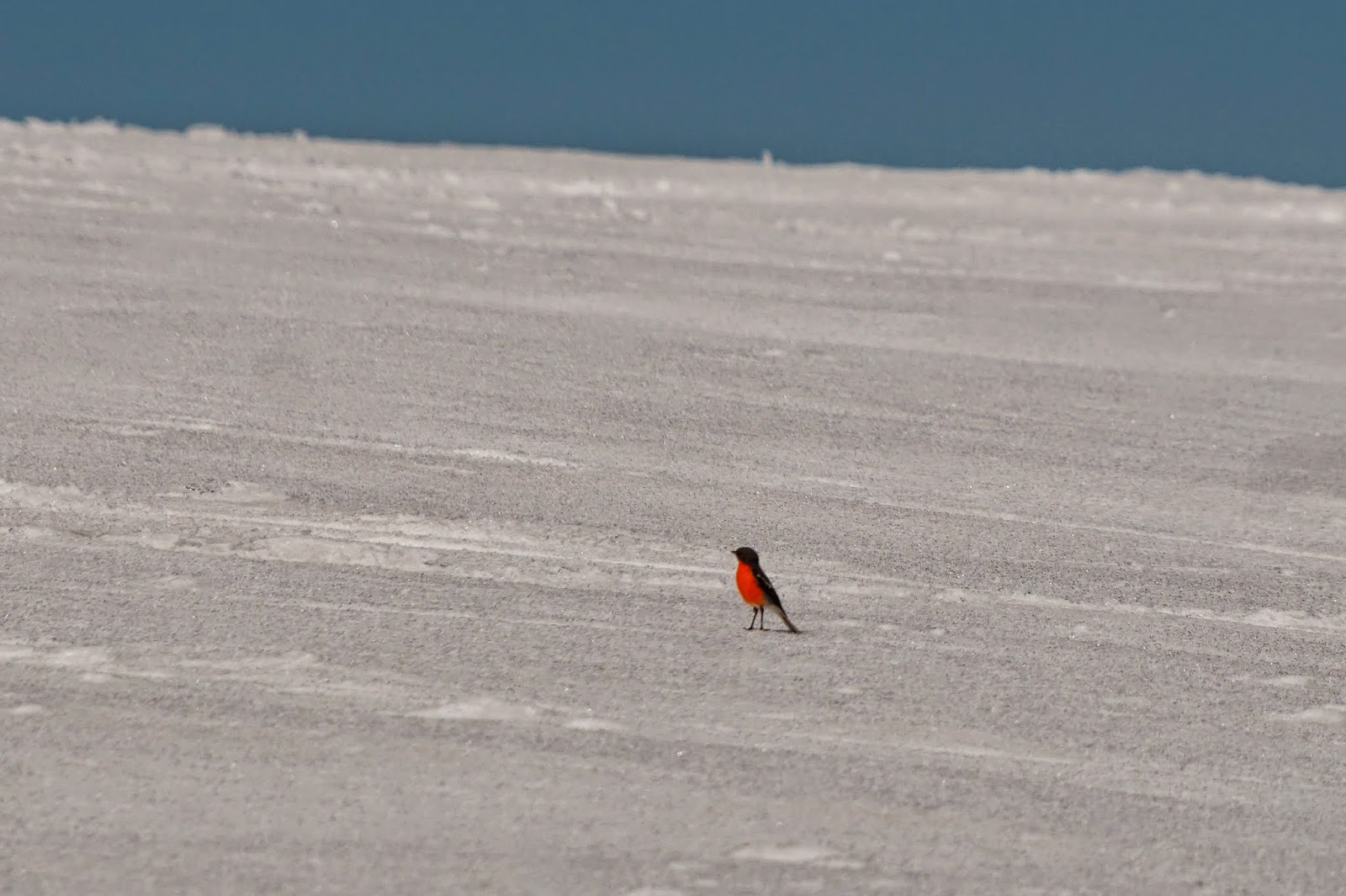 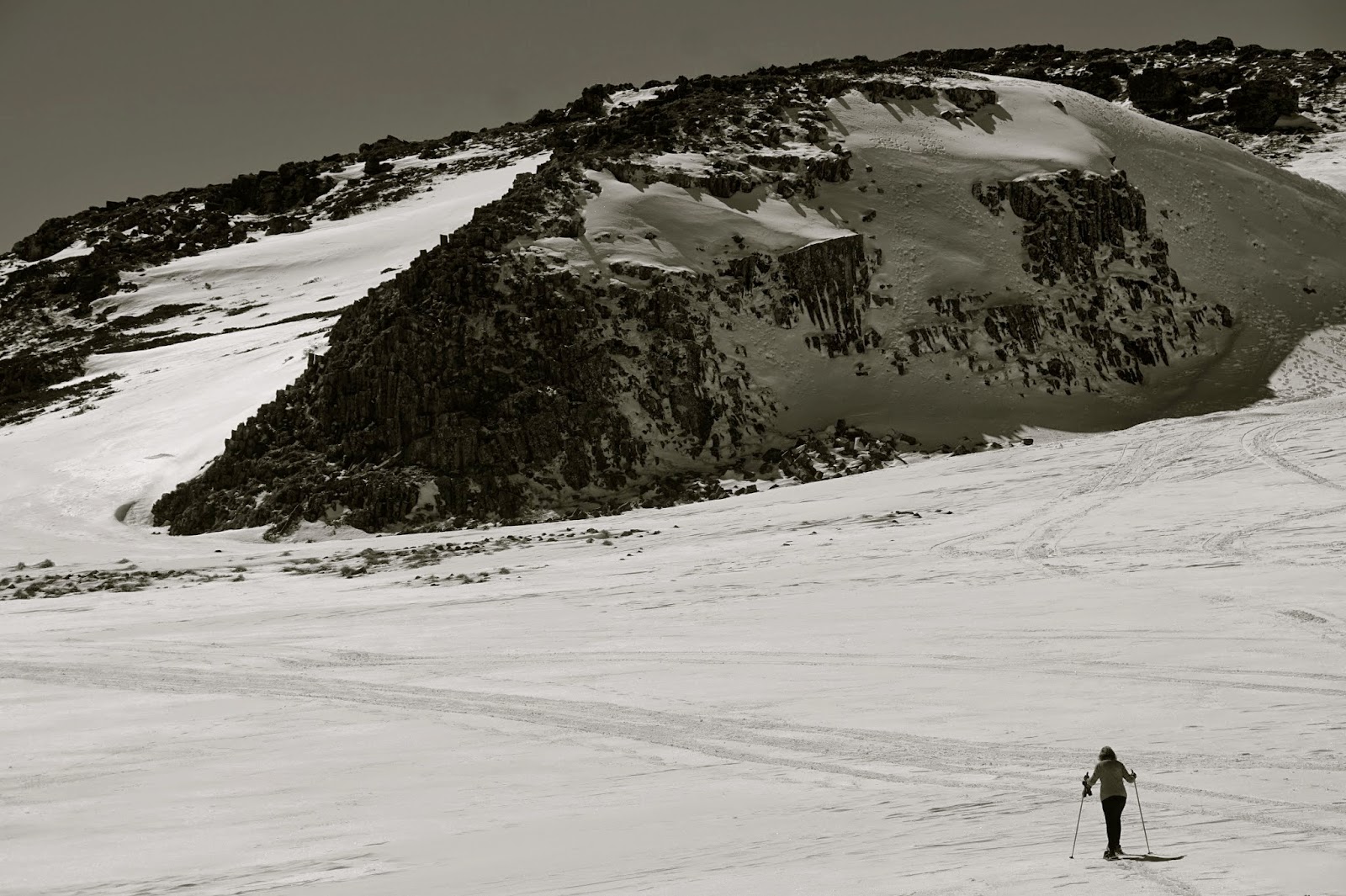 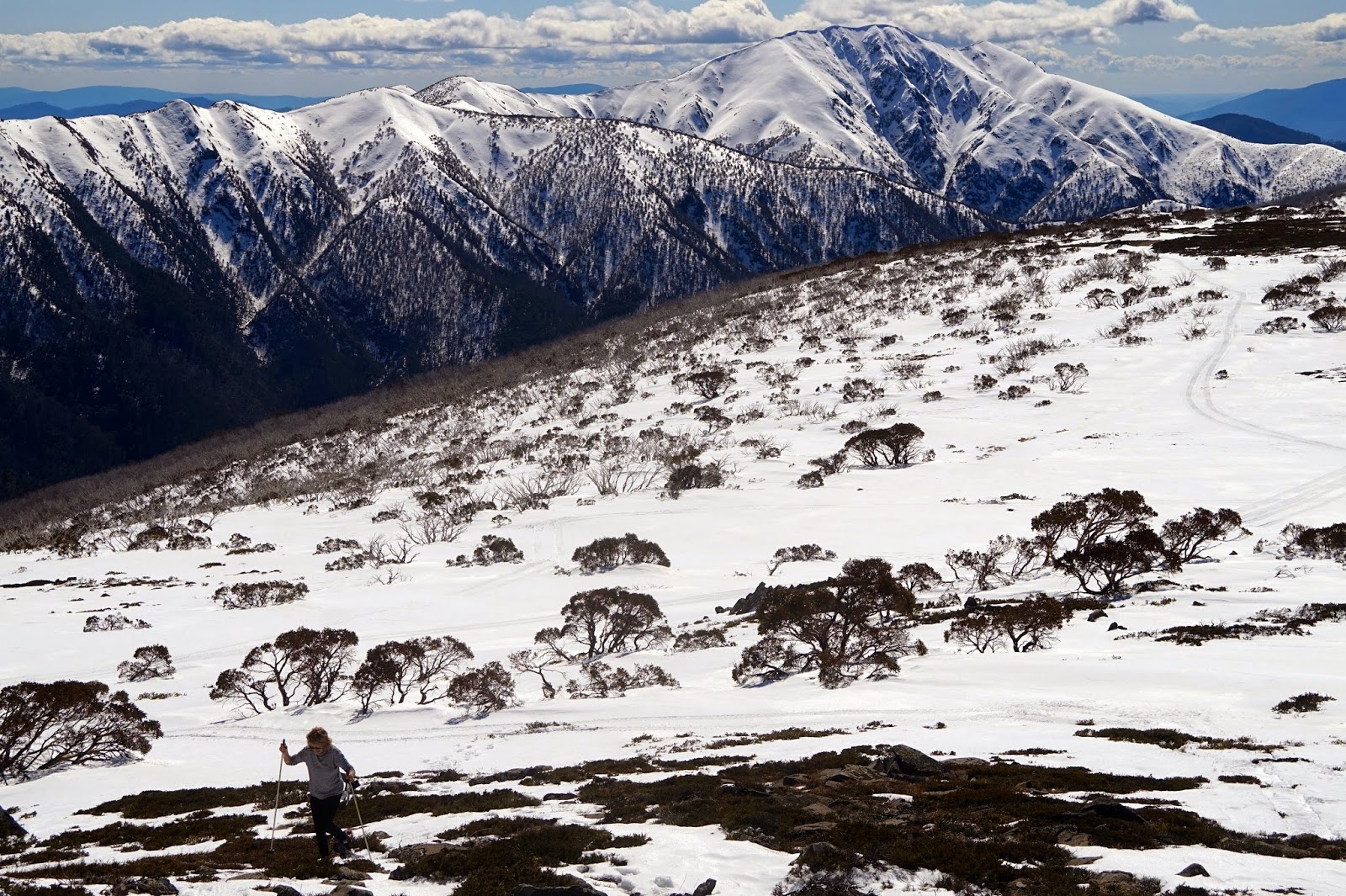 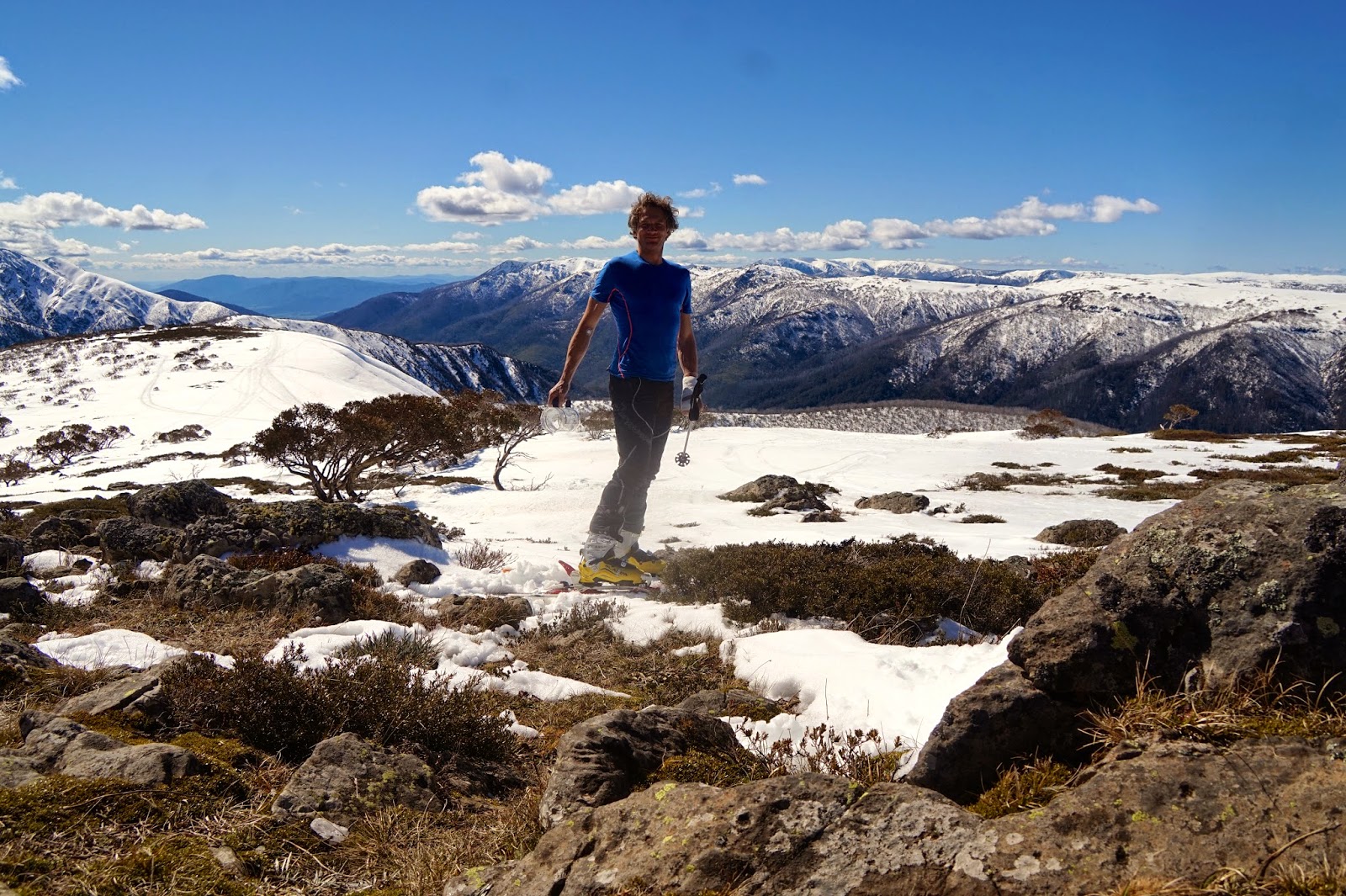 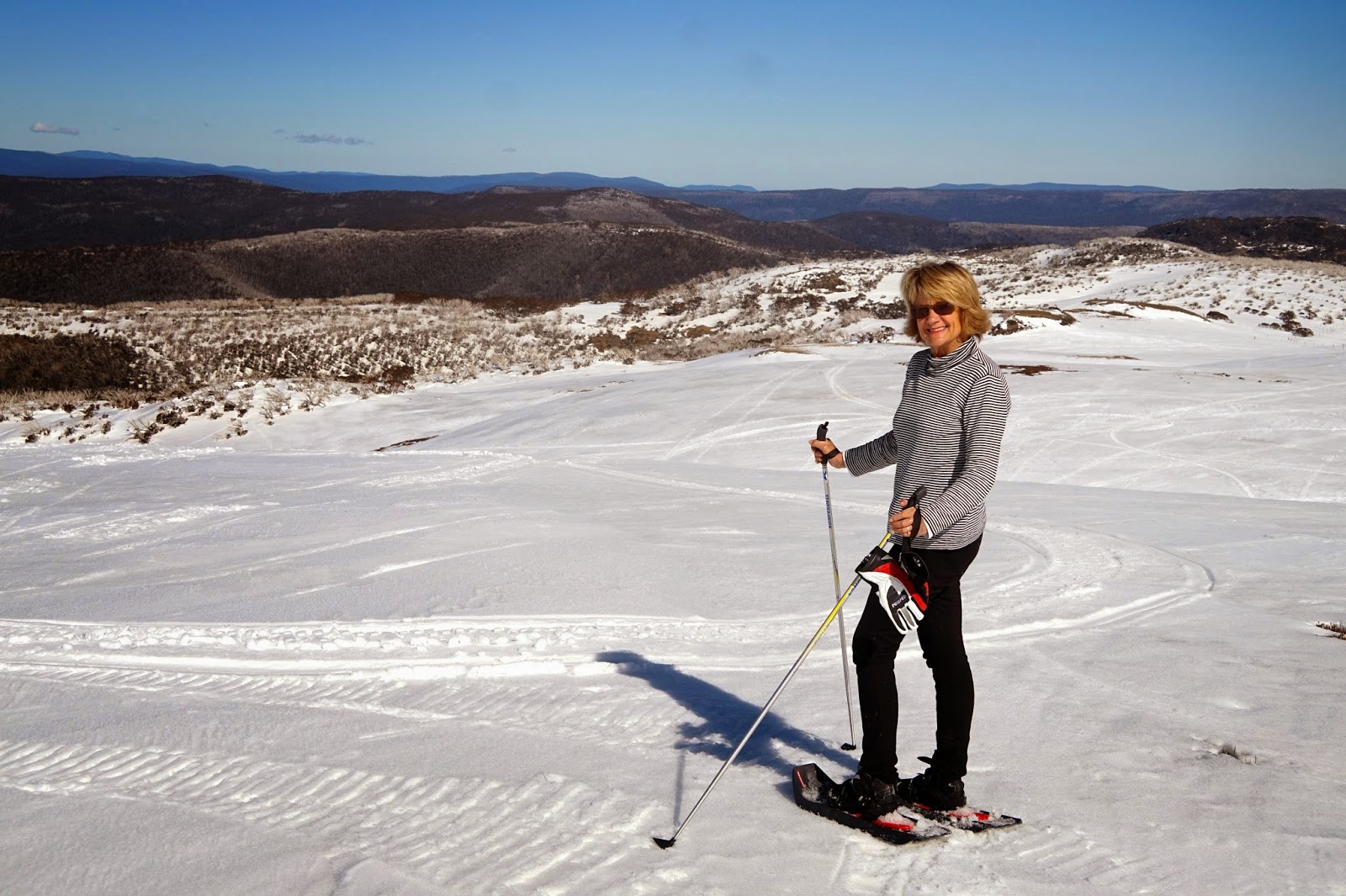 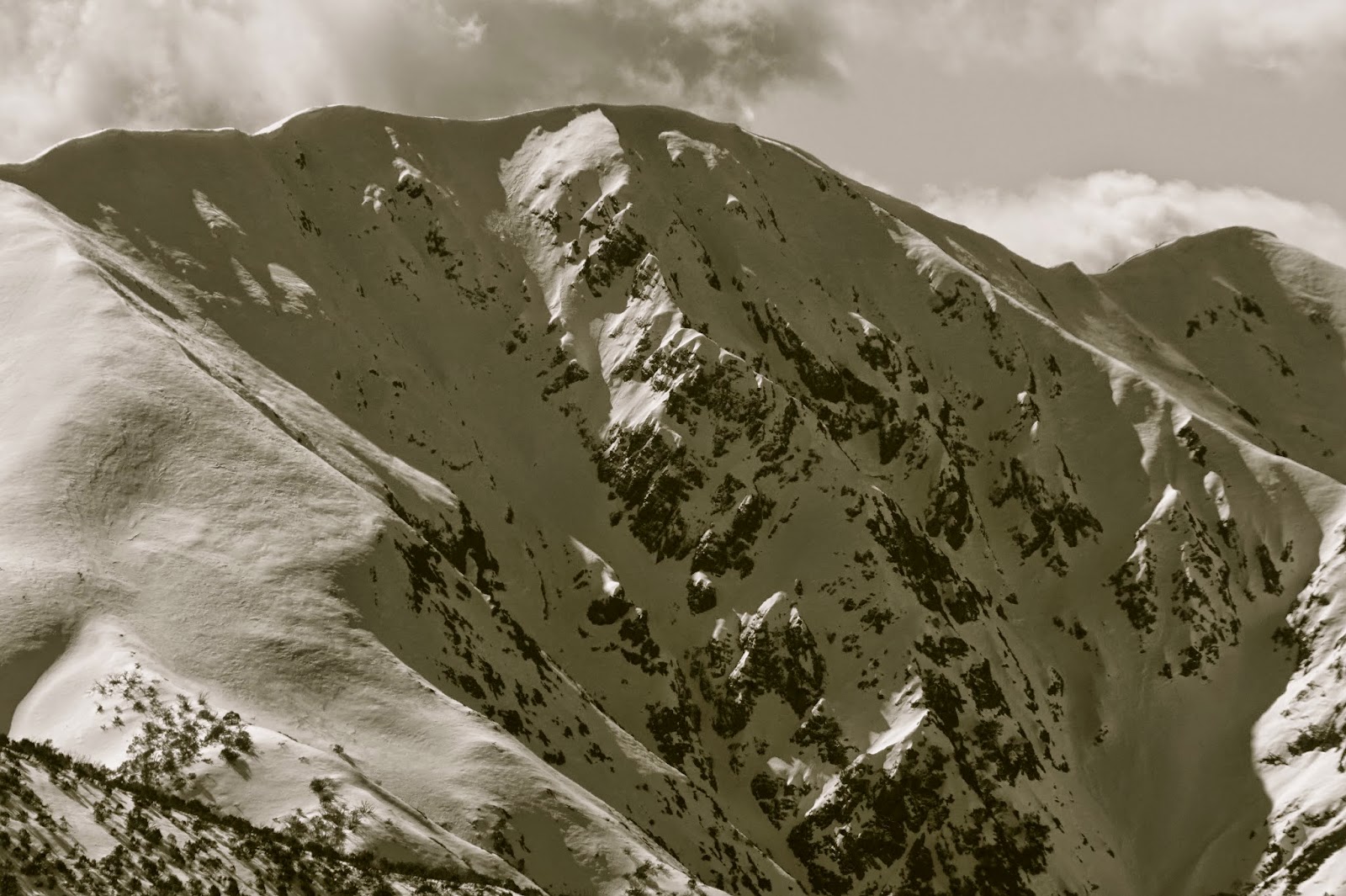 I was hoping for this to be my first blog sans any photos of Feathertop, but I guess I'm like Richard Dreyfuss in Close Encounters. I still sculpt it from my mashed taters, and one day maybe an alien craft will land on the summit to take me away to (presumably) the same place as Graeme.
Anyway, having promised Charlotte all day something a little less tame than the summit (and with her new Scarpa boots now ready for a Dynafit rig), I decided it was time for her to experience the Gallows by sunset.
Mum and dad dropped us off at the Cross and we climbed up to the true Hotham summit before the long traverse to the top of Baldy Hollow. Cha-Cha was excited to see the car waiting like a speck down below with Lucie and Balti. We got some nice steep turns in some tinkling corn before hitting the ridge, as the gully was already icing up. There were certainly some sketchy bits, and we later learnt that mum was experiencing something close to an anxiety attack below. 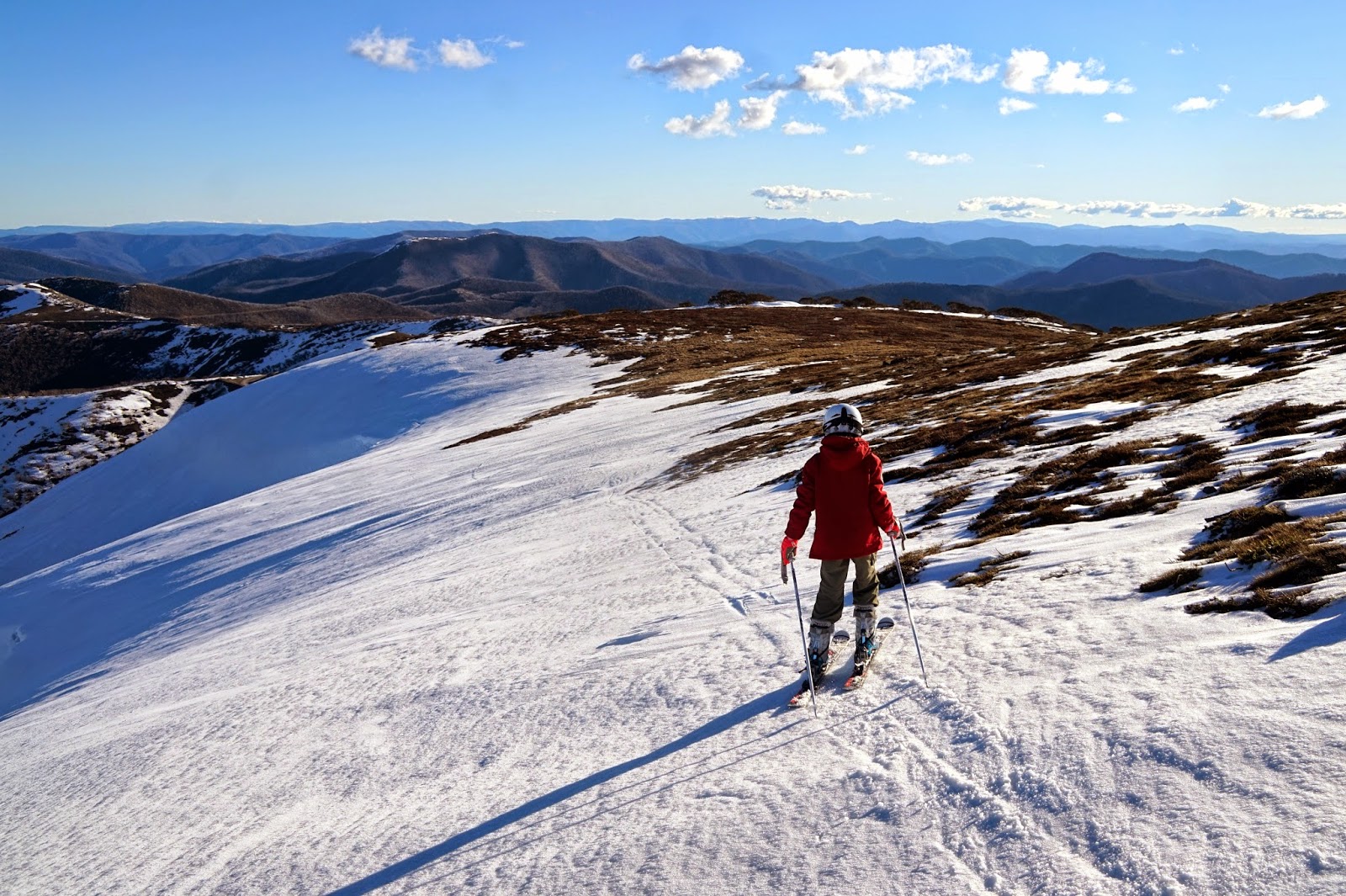 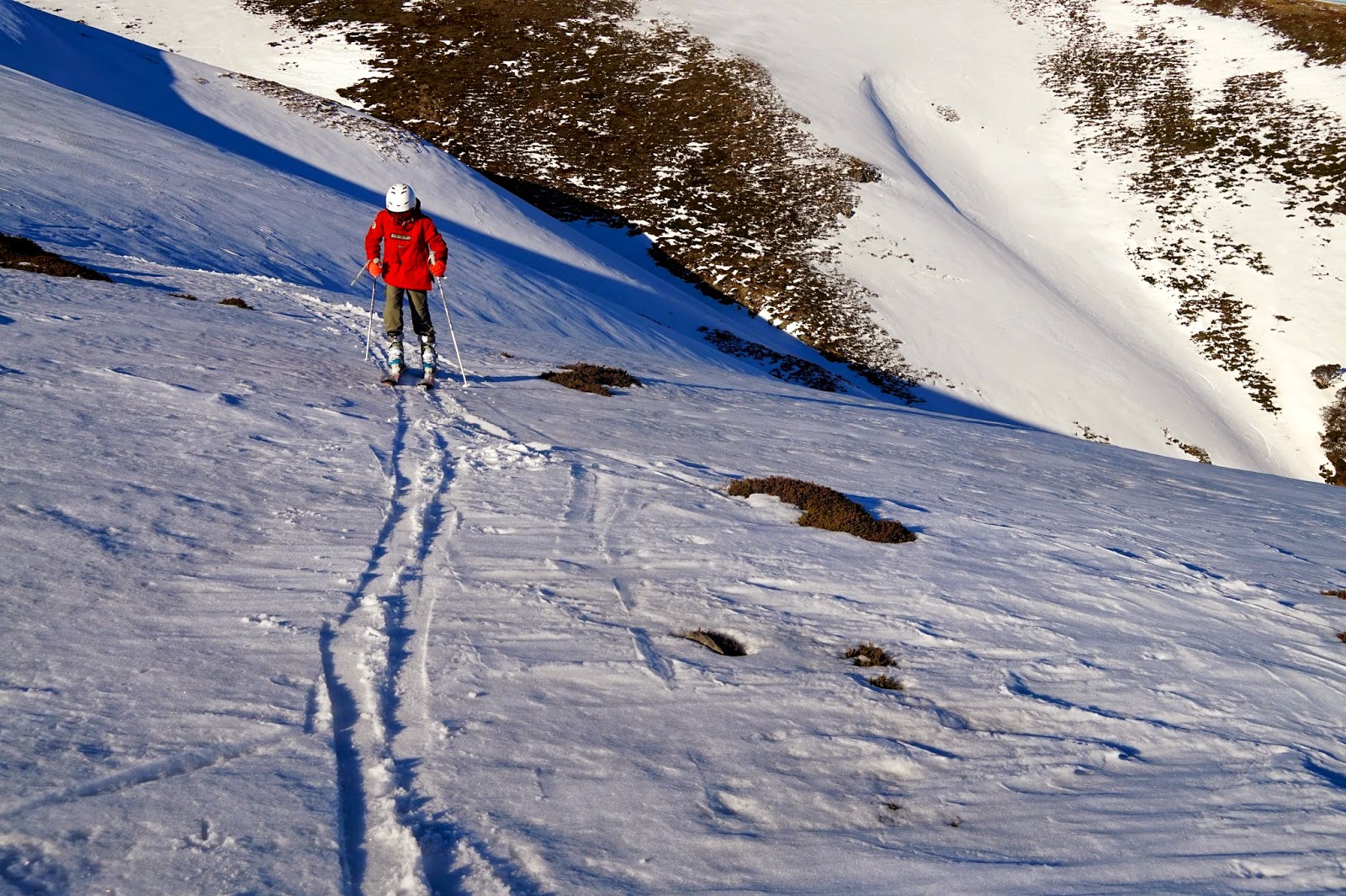 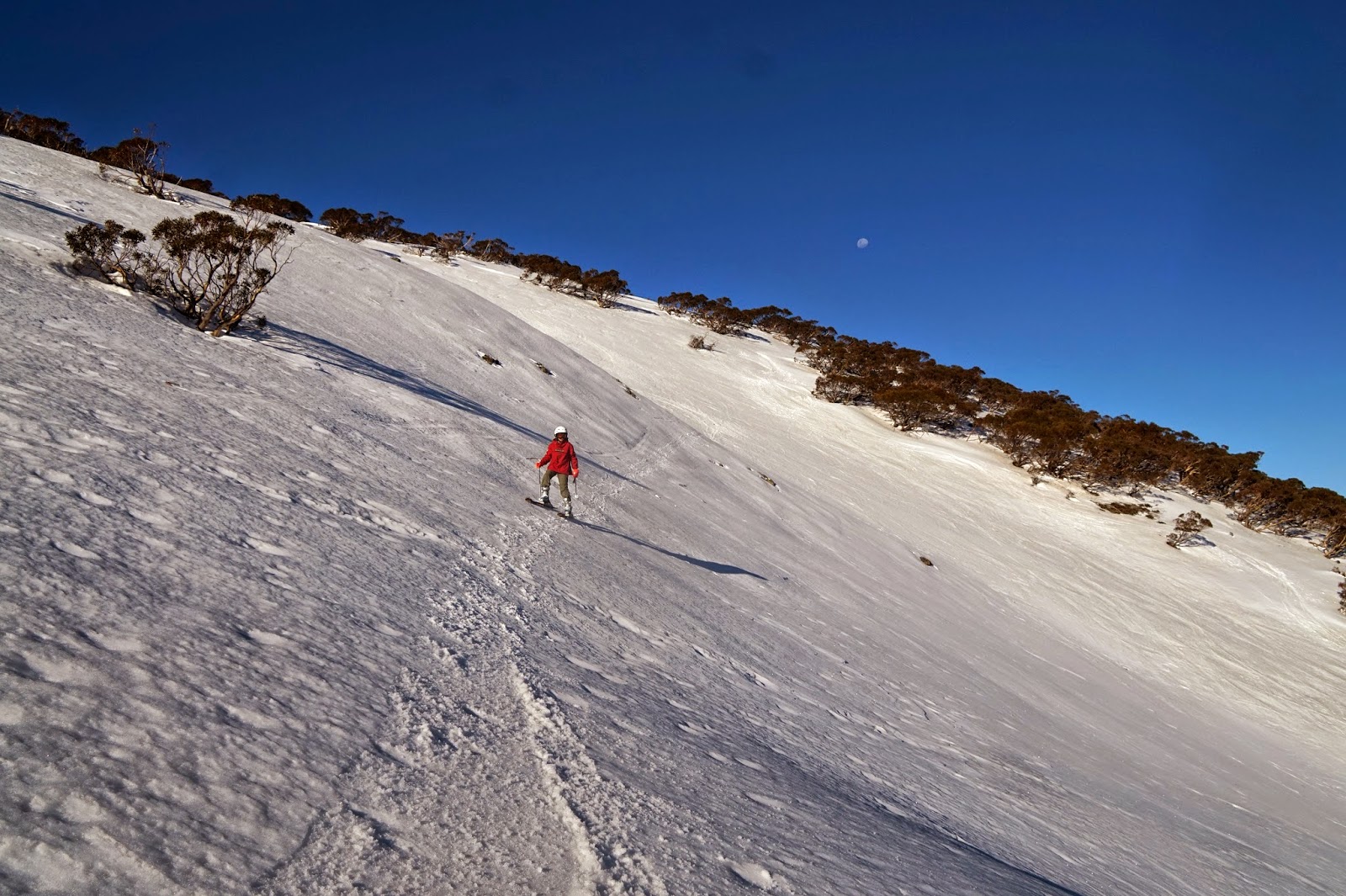 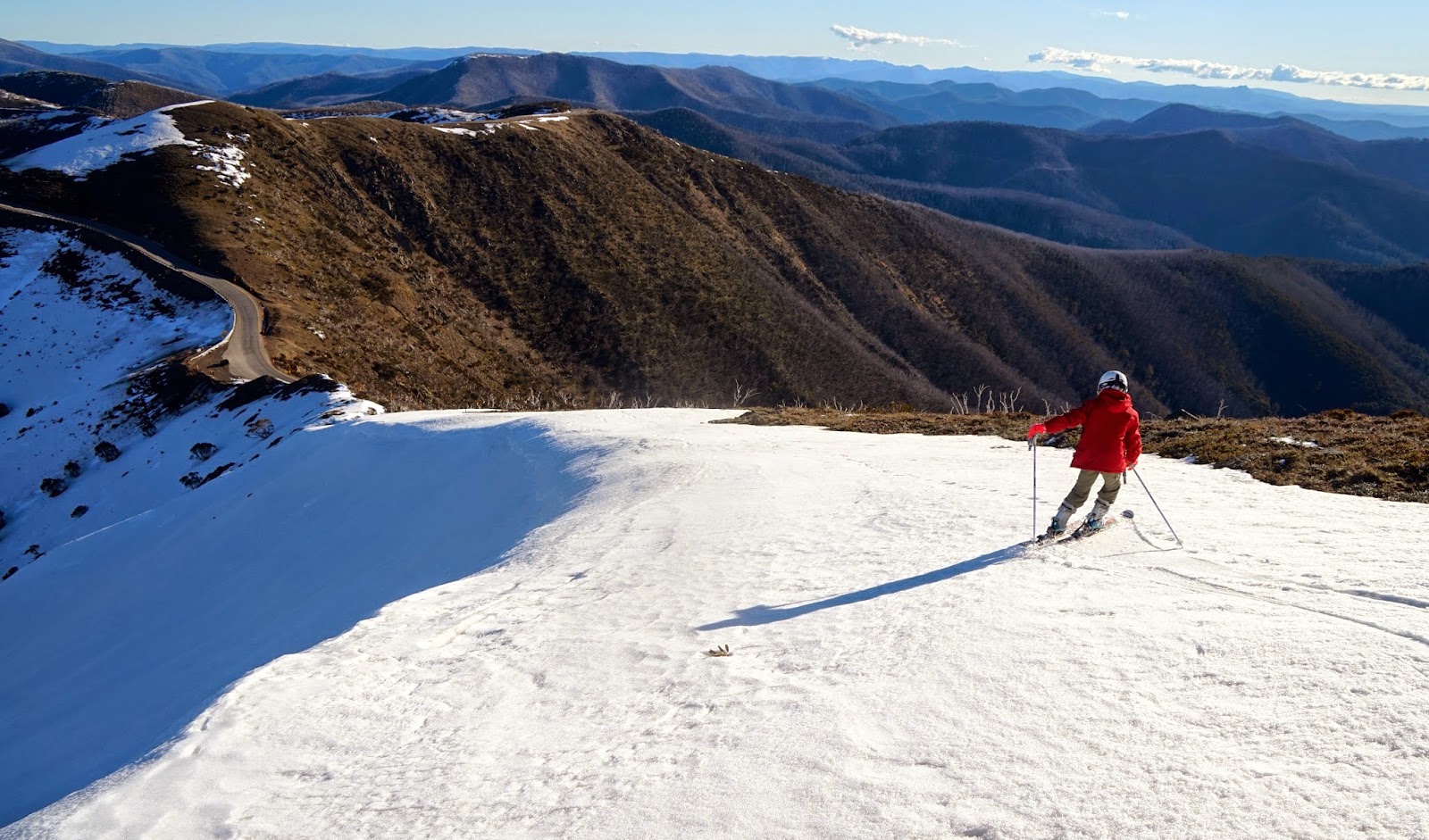 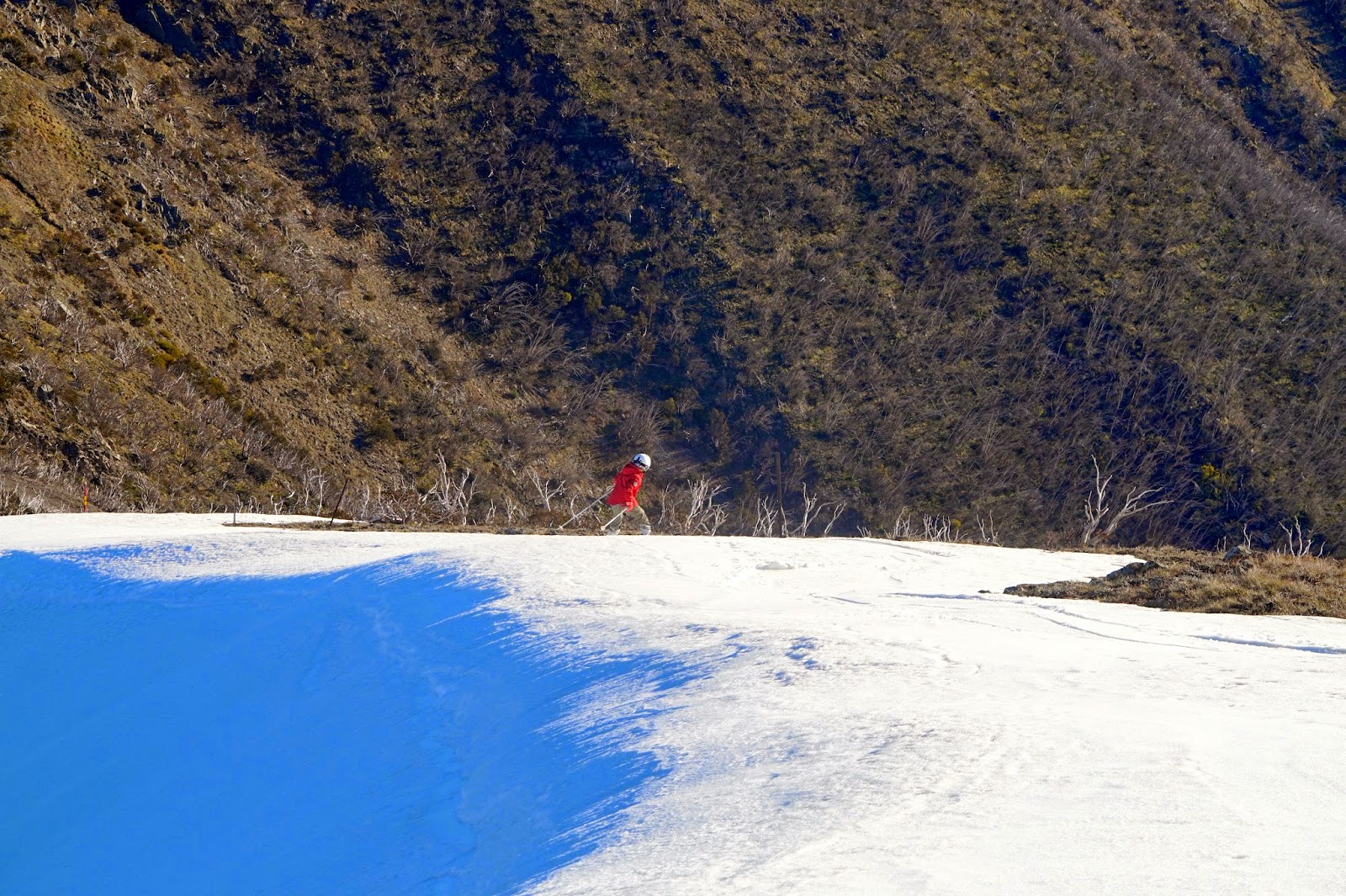 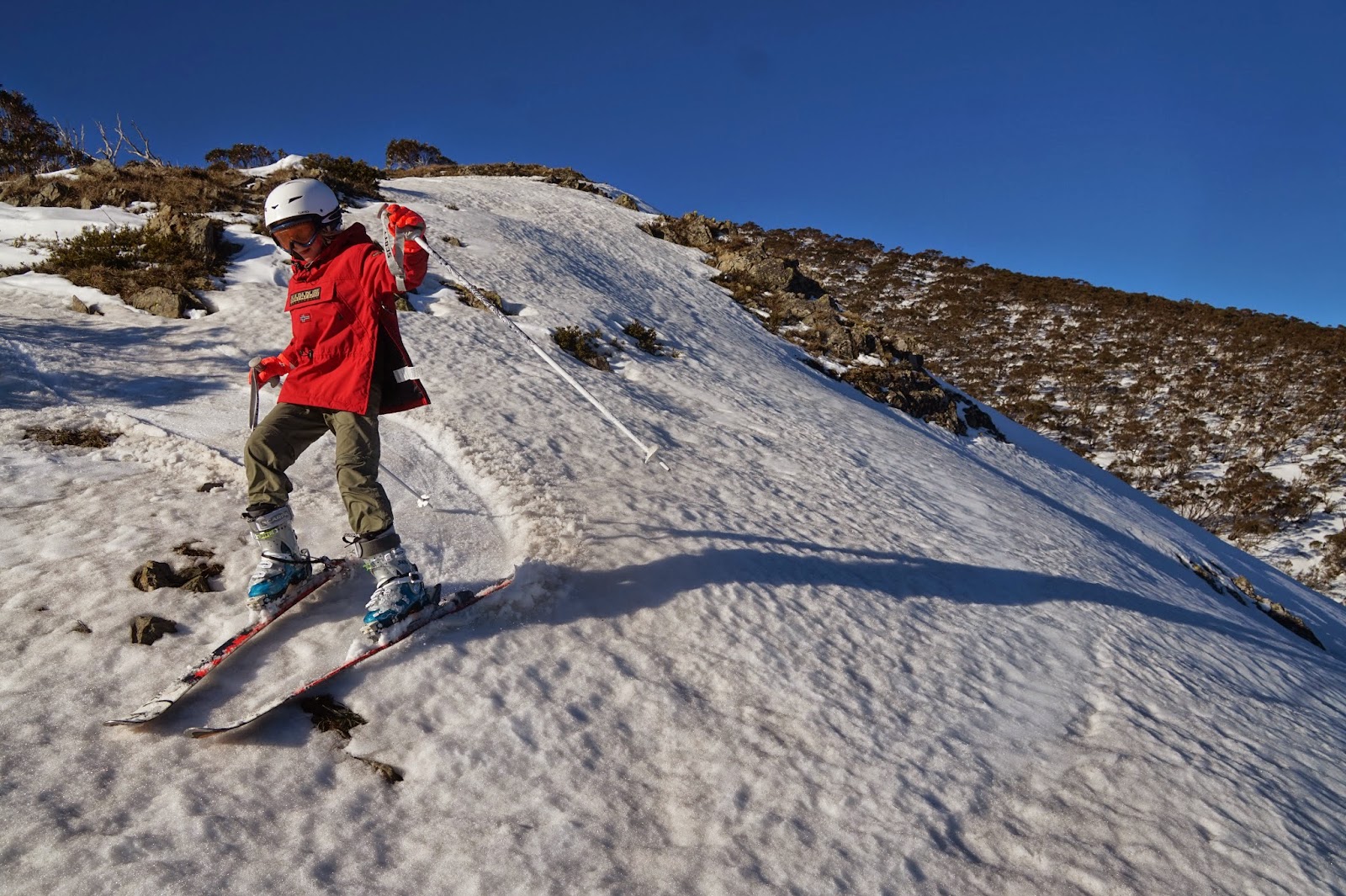 We had a nice meal at High Plains Saturday night, then cuddles and presents in bed the next morning. Mum and dad went for a walk to kick the tyres of some of their old haunts (Jack Frost is now Bavarian themed????) whilst I mostly hung out with the kids.
Once I was happy that Balti was now properly safe on a lift on his own, I had a couple of cheeky descents down into Harris's Horror. There was some very nice snow to be found, although climbing out on pattern bases on surface hoar with no poles and in a cast tested my abilities.
Then back to the terrain park - and white kids can jump. It brought back fond memories, although even injured, these are the halcyon days for me. 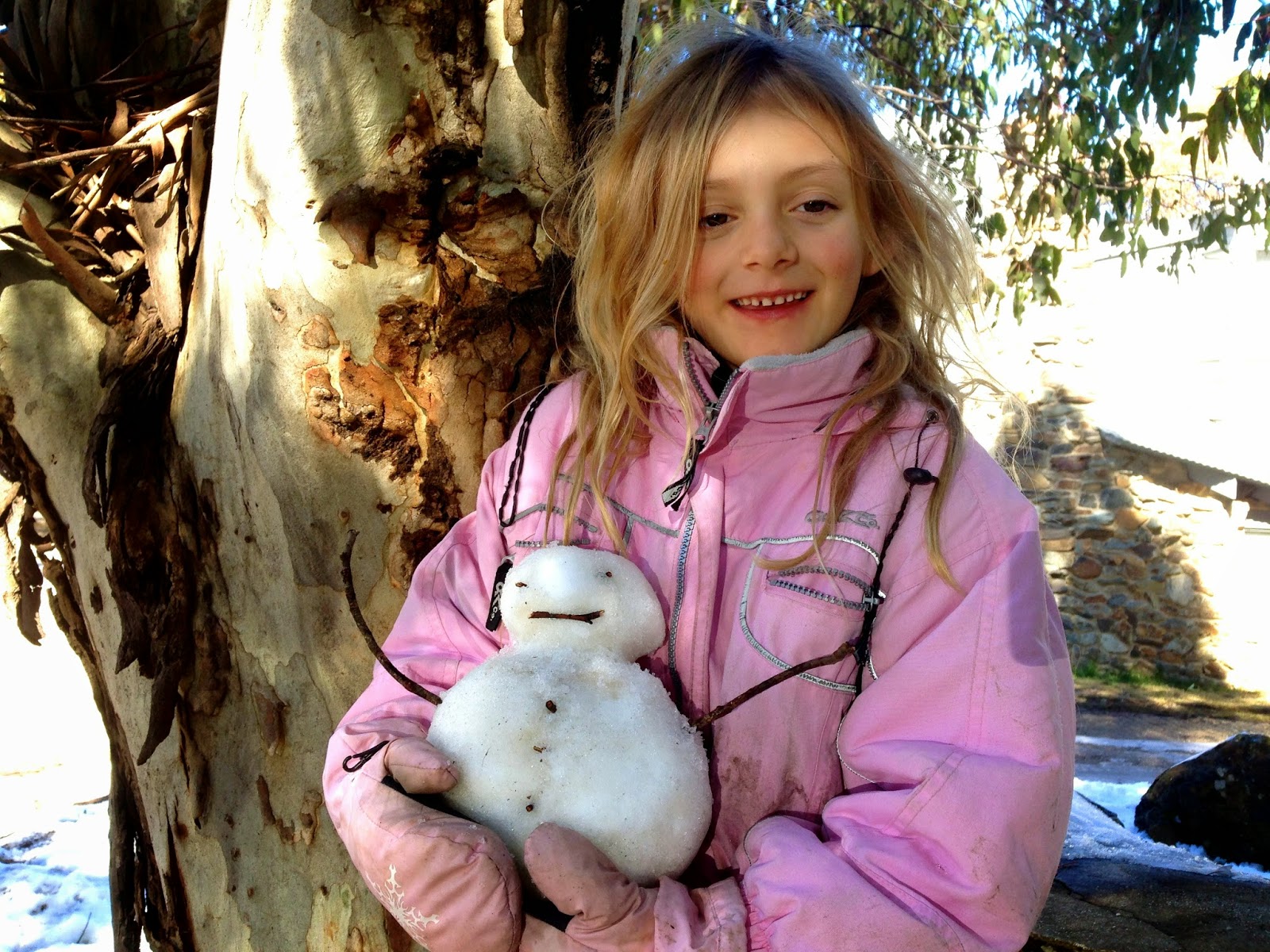 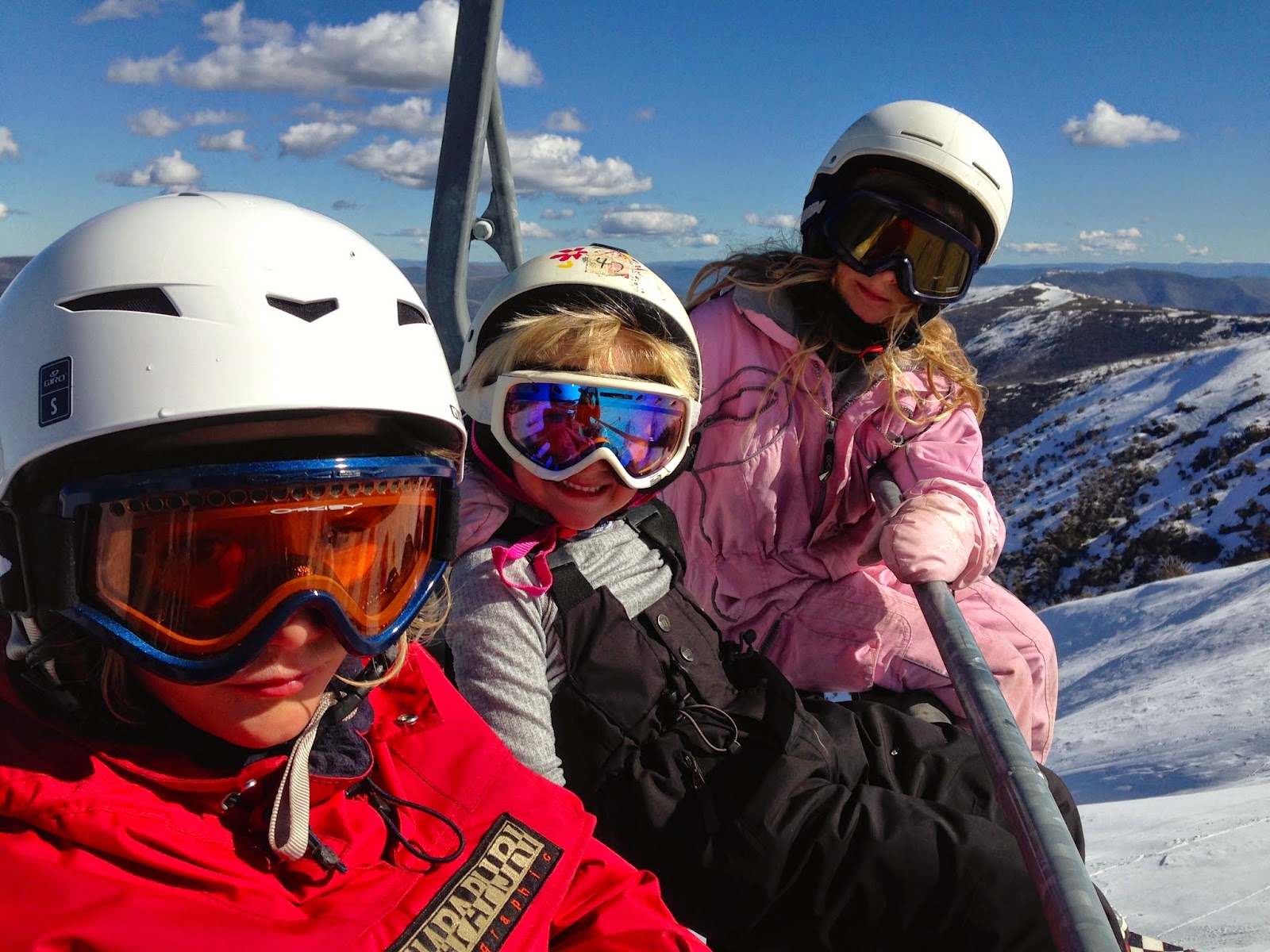 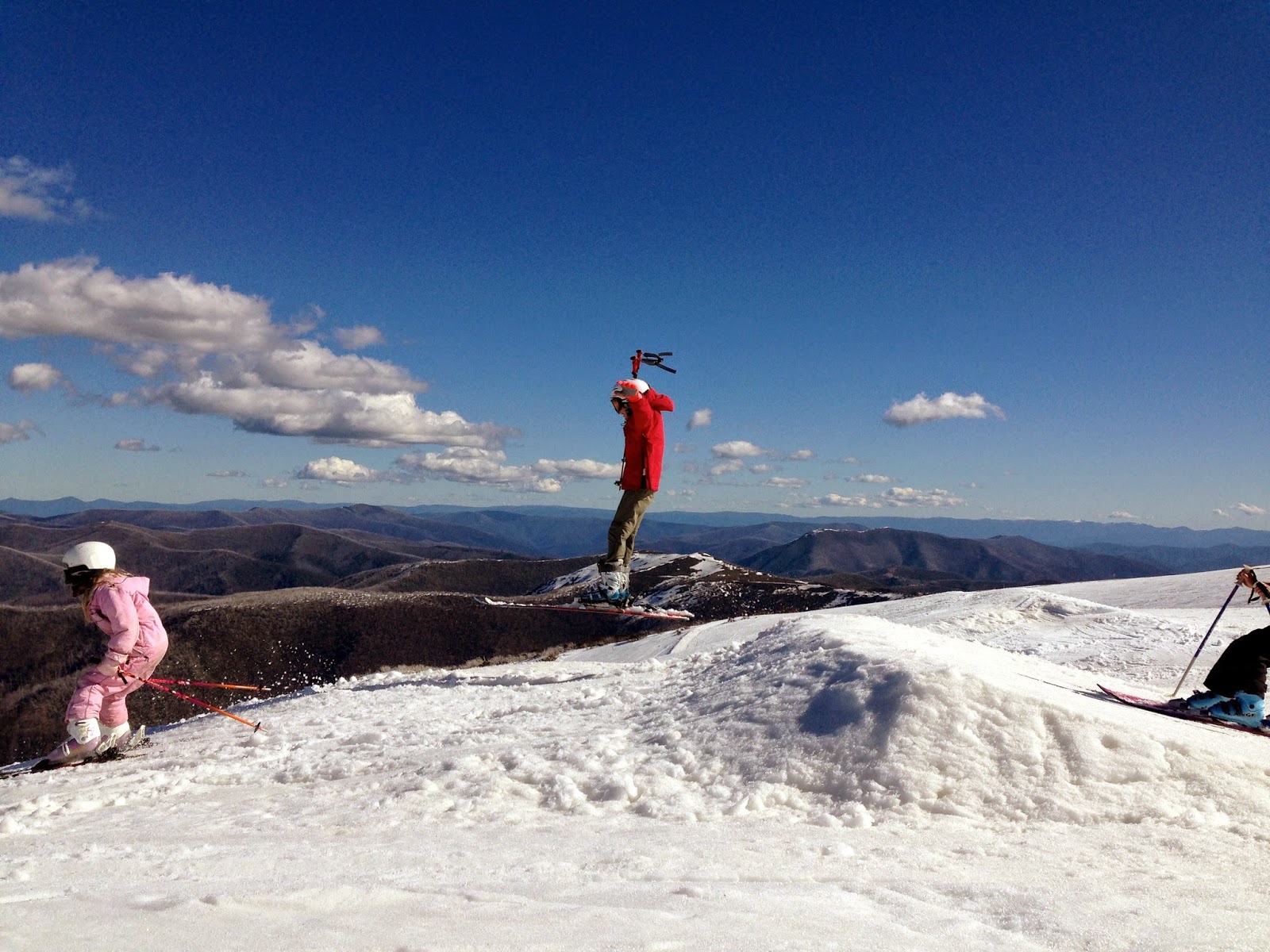 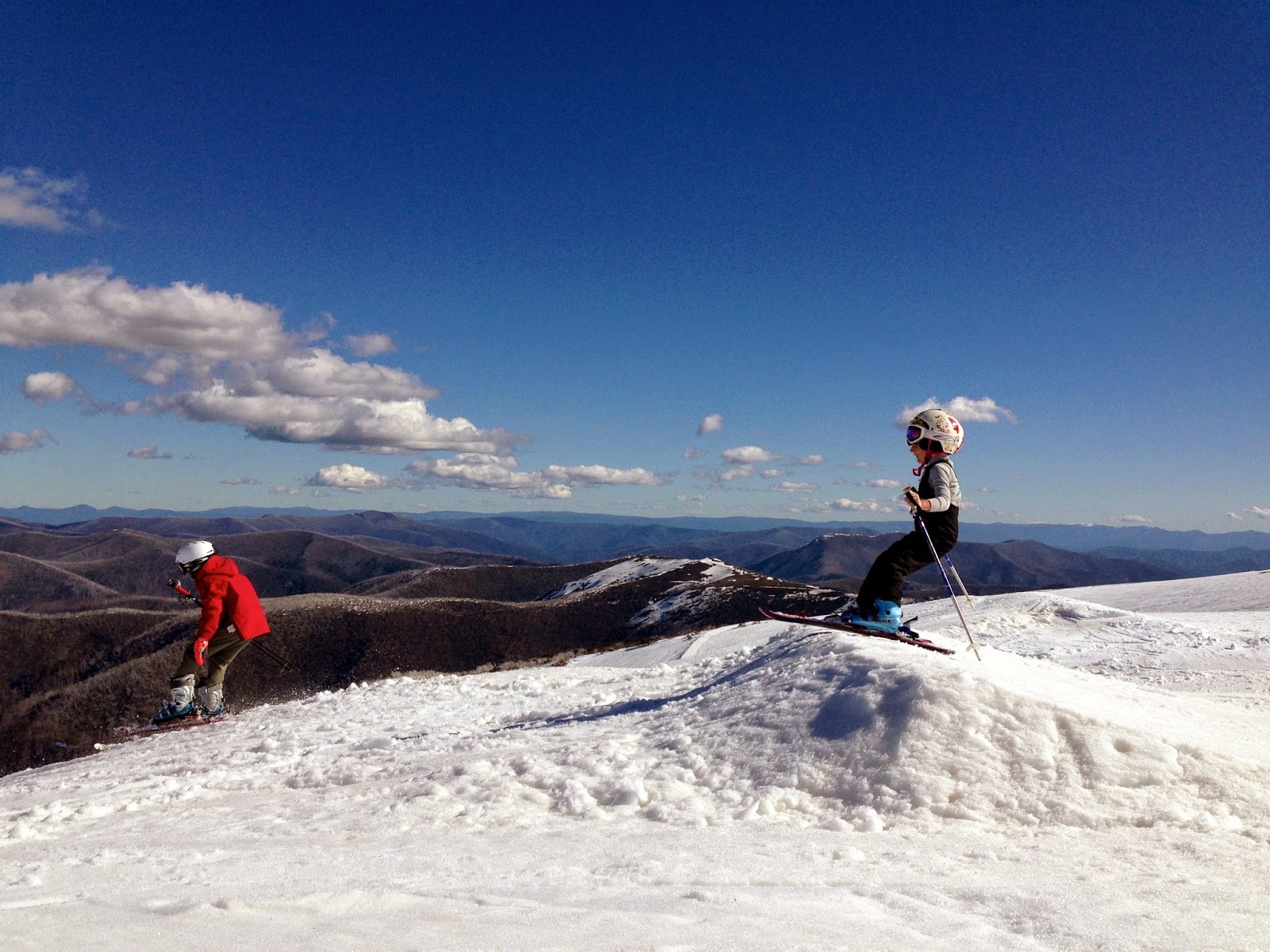 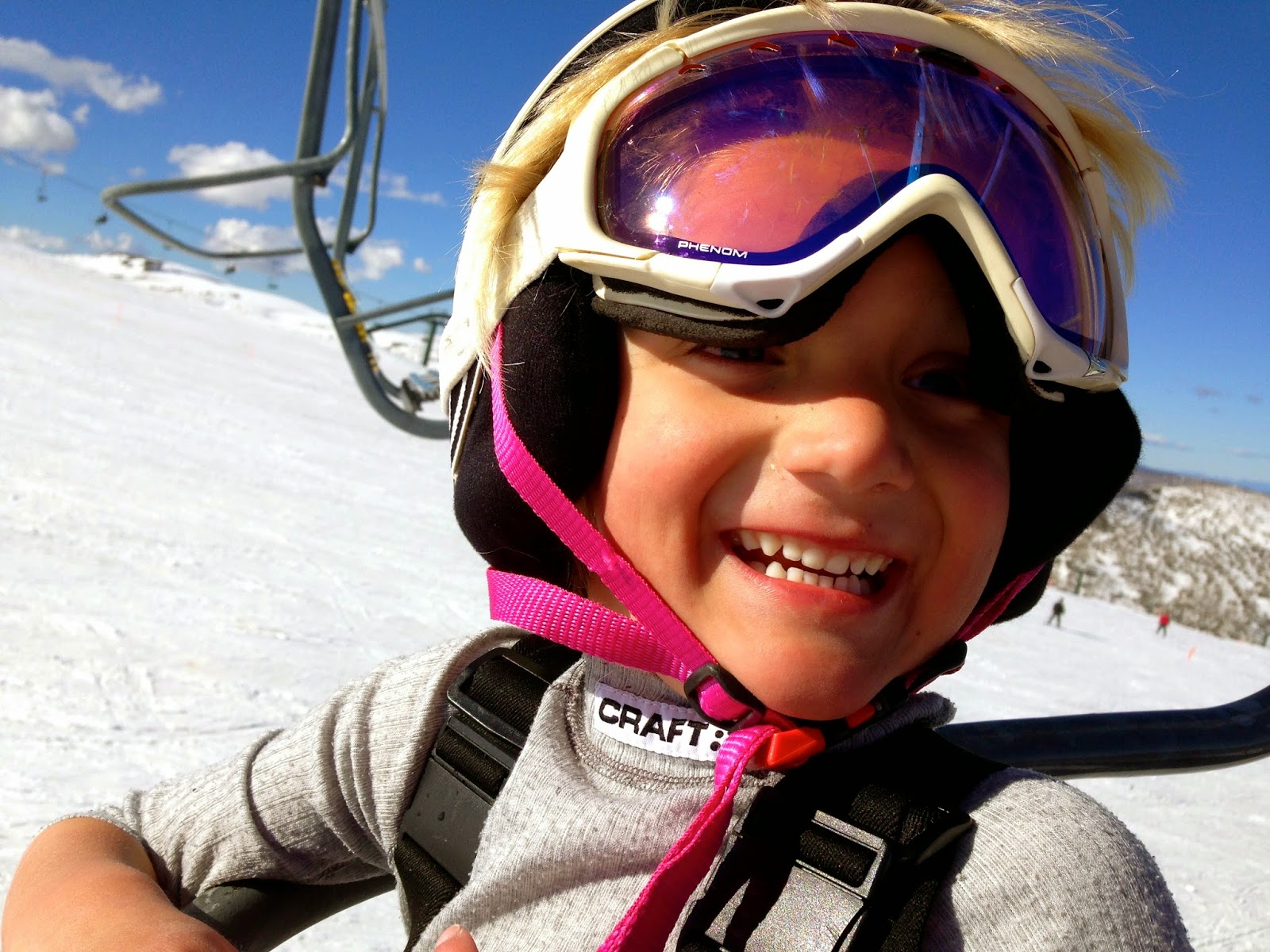 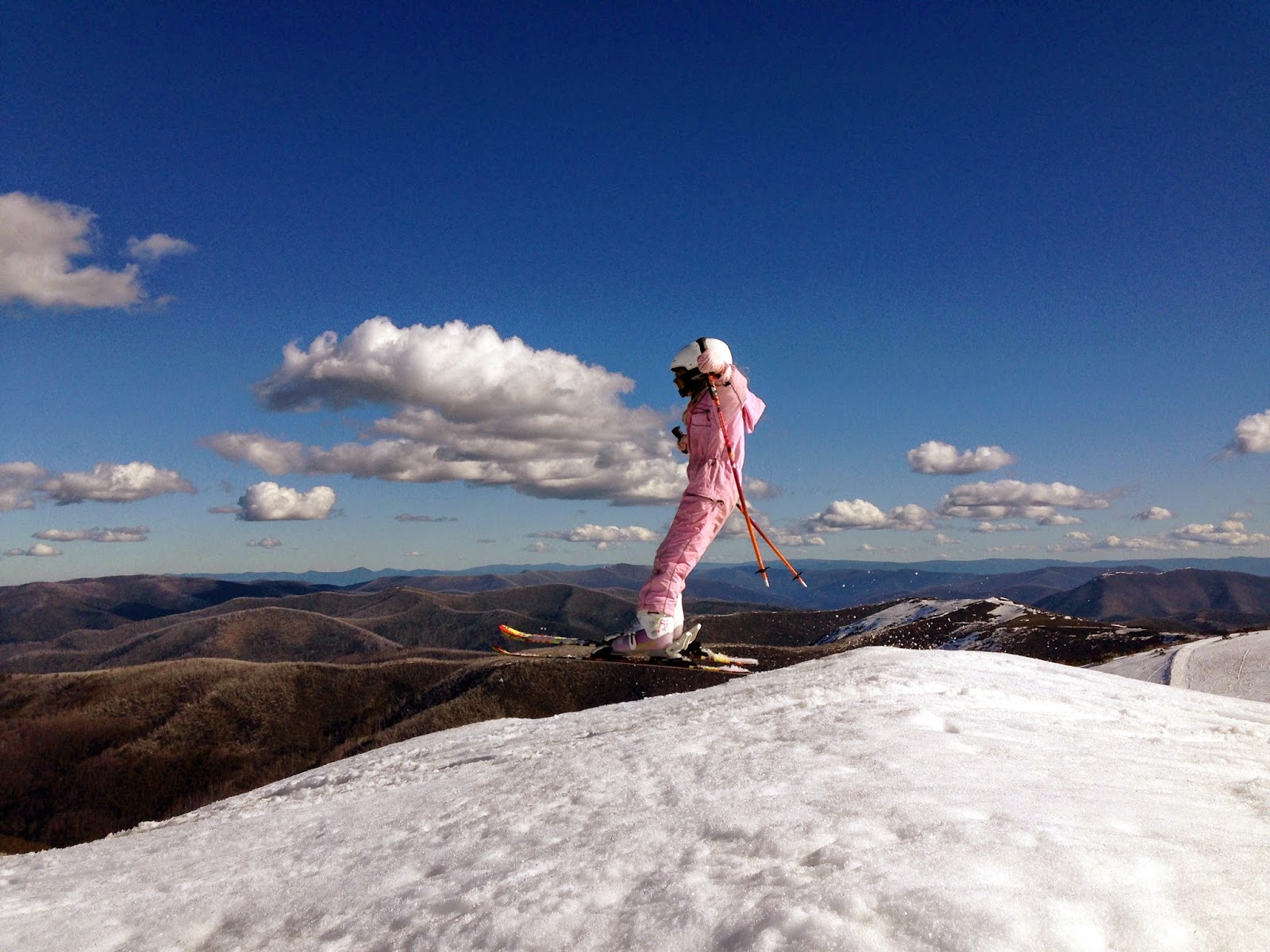 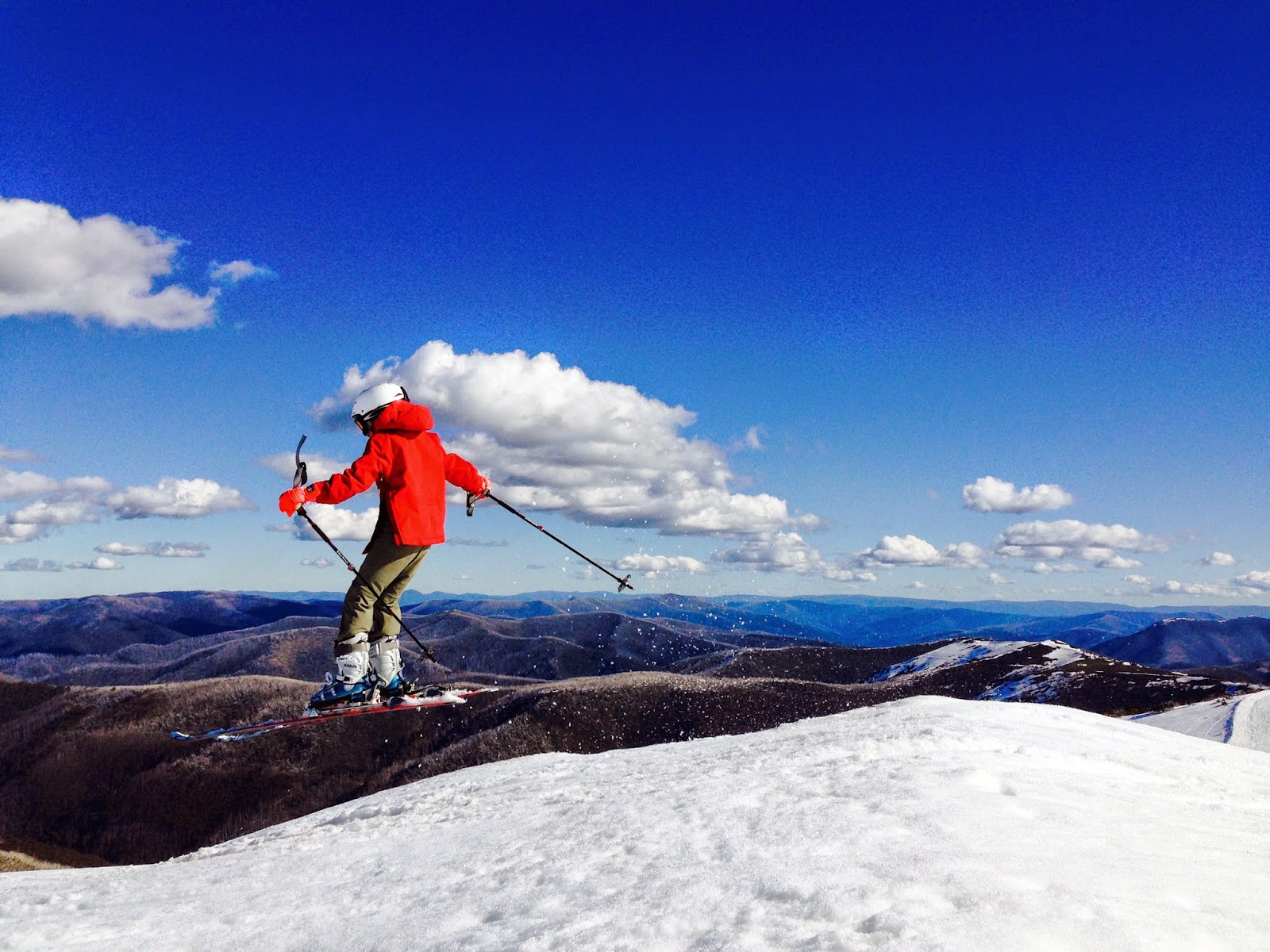 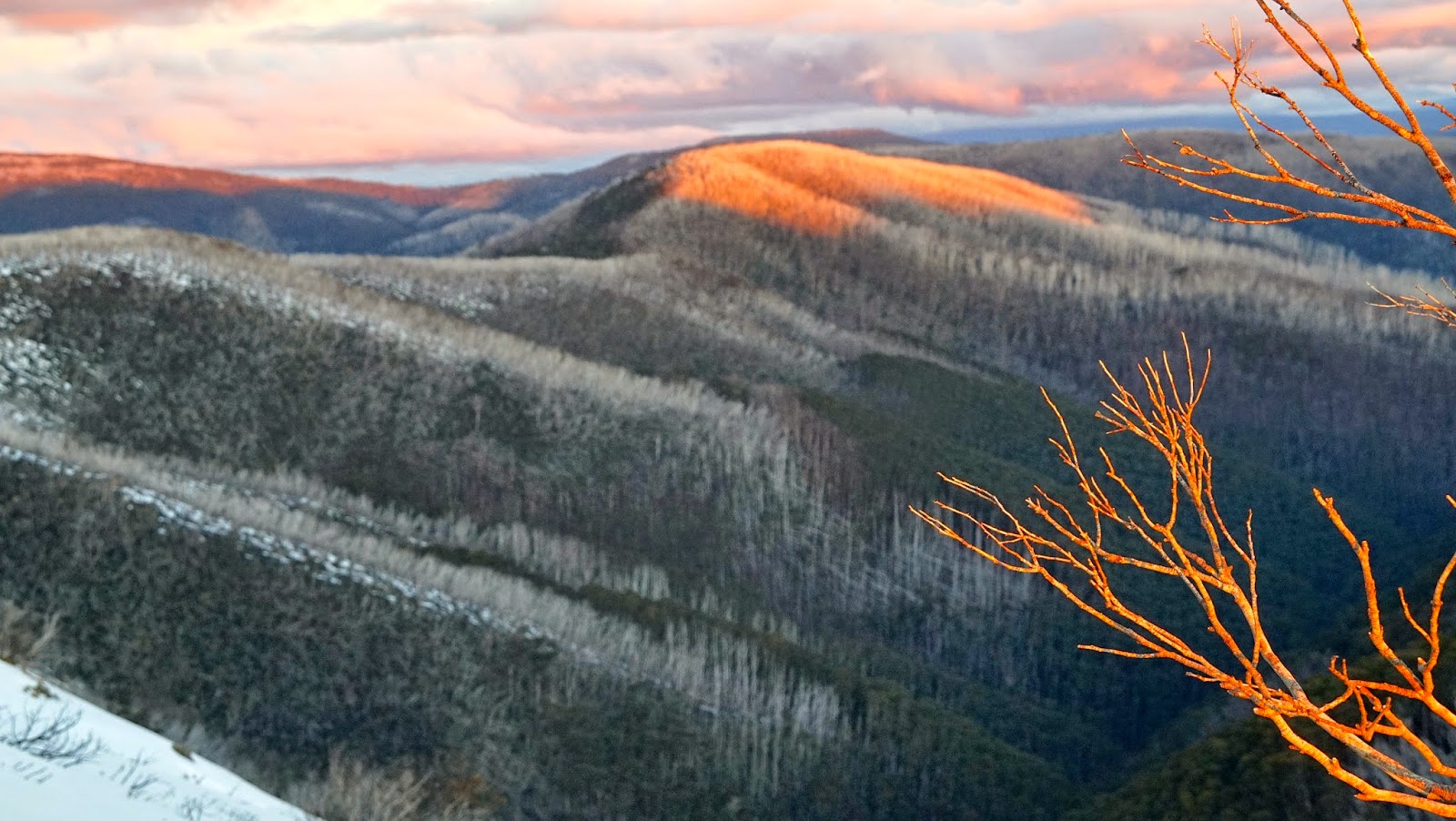