There were car and communication issues leading up to Saturday. Although I could see them coming a mile away, Friday still ended up with me driving to the Prom in my old car before spitting the dummy and continuing up via Omeo for a 1200km round trip in a car even older than me. 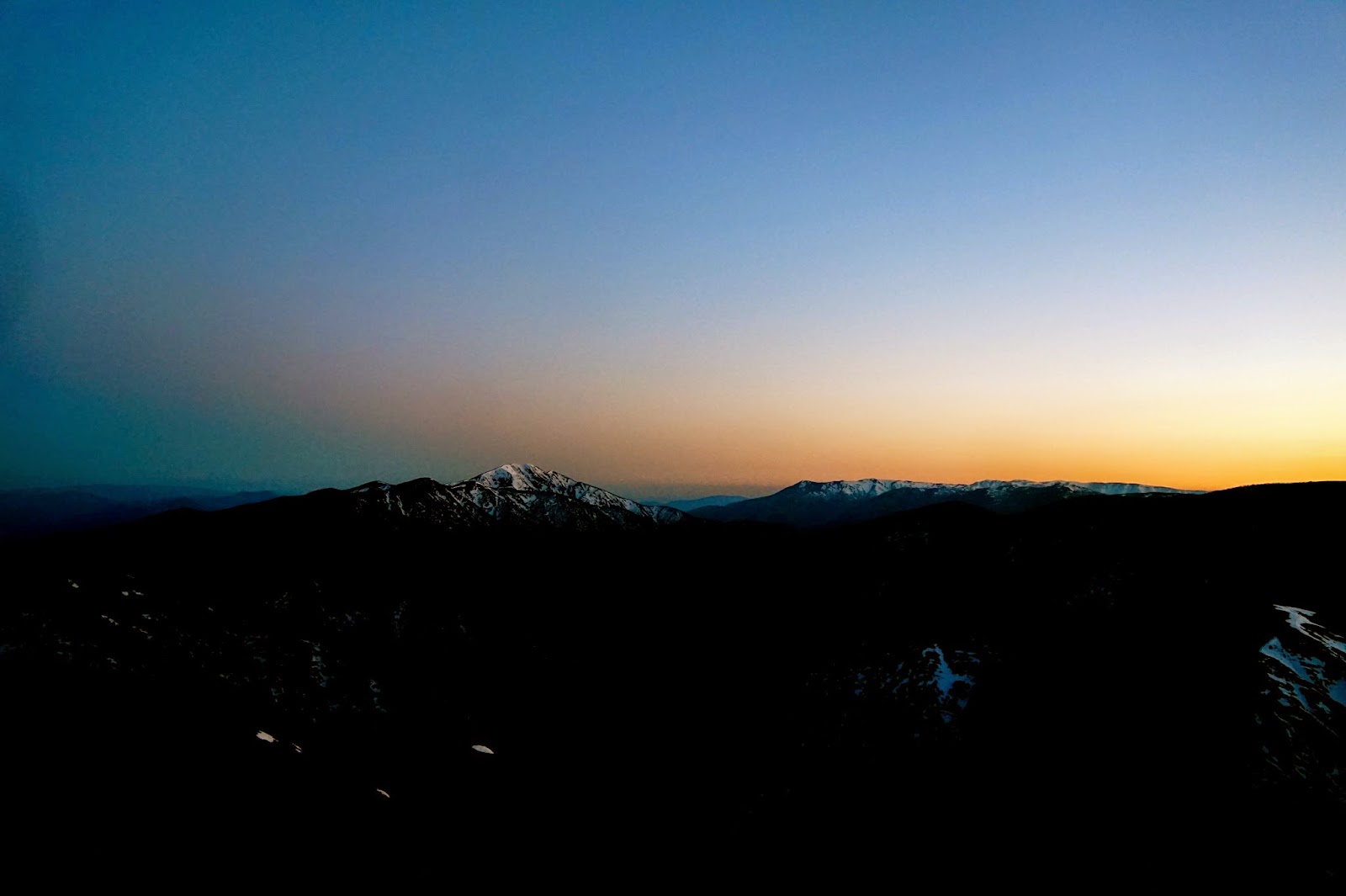 My juvenile dummy spit also resulted in me forgetting all my food. I had to raid our emergency food stash at Dinner Plain late Friday night. For dinner I had Nasi Goreng noodles which were about a hundred years old and which gave me a shocking case of MSG poisoning and precious little sleep. For breaky and the Razorback I found several sachets of baby food. 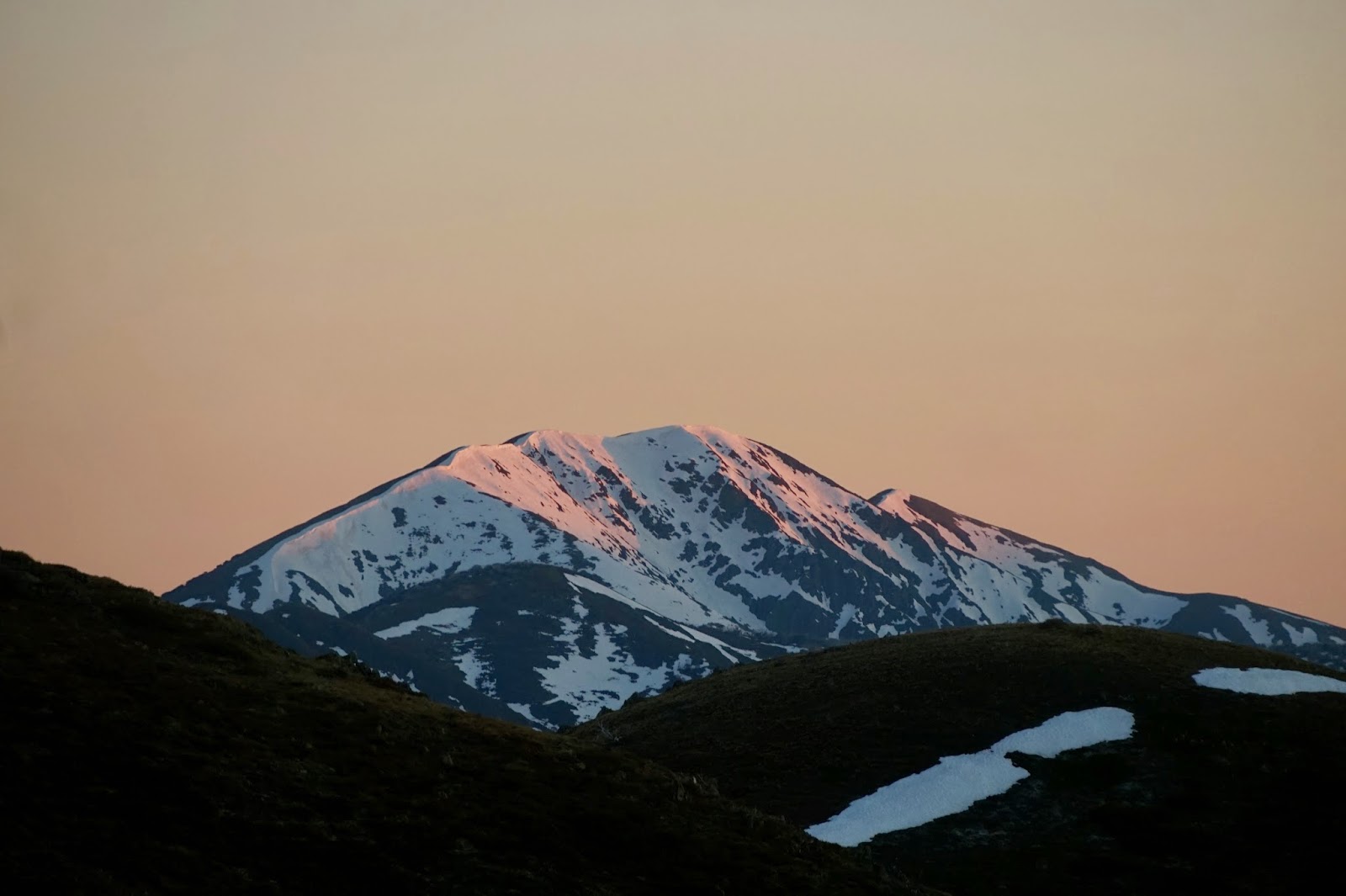 Dawn and sunrise were very special. I left the car at Diamantina just after five, and was on the summit of Feather just before seven after a few stops for photos and apple mush.
My entire gear list: skis, boots, poles, pack, EPIRB, camera, phone, 600ml water and baby food. 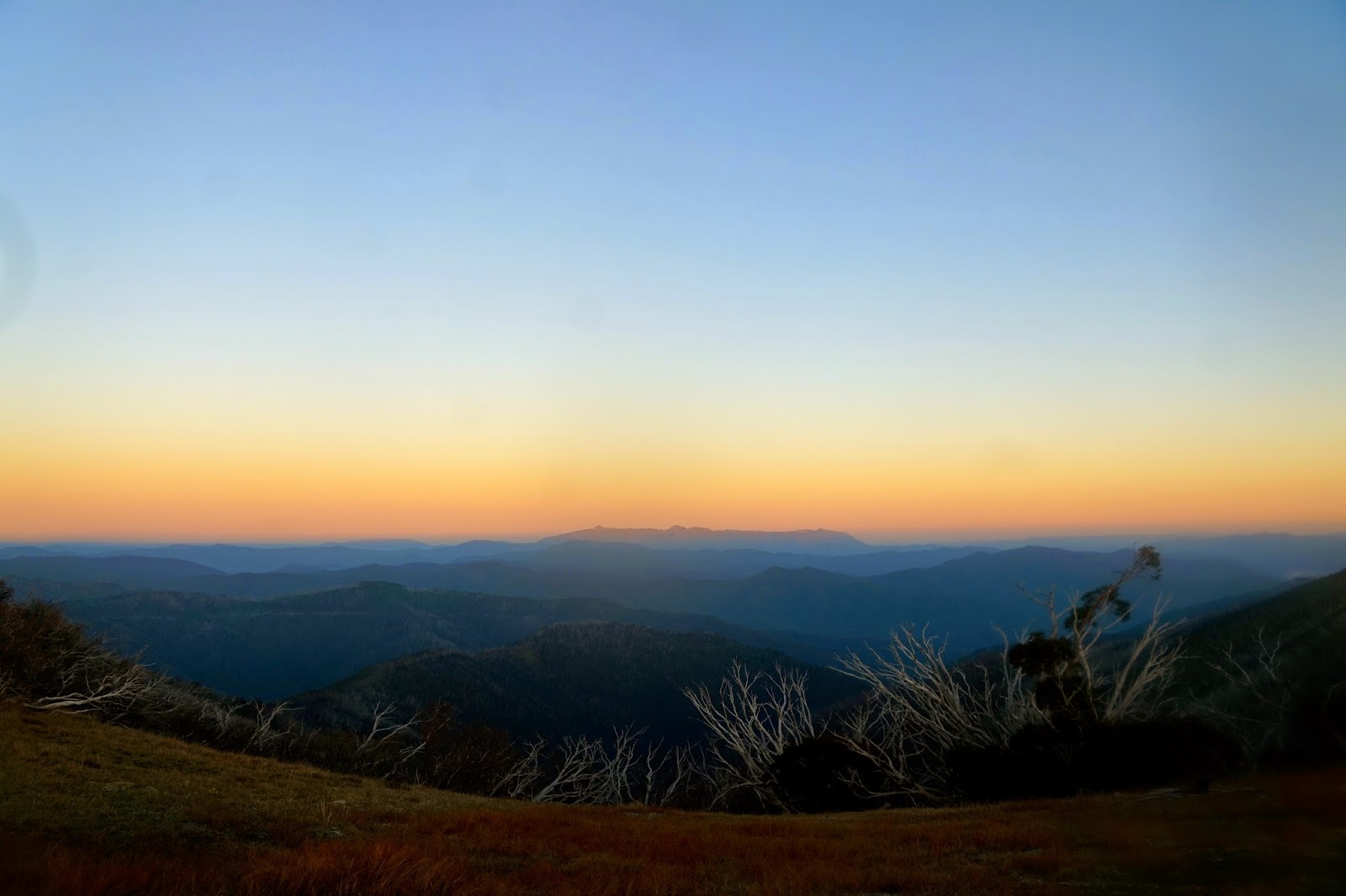 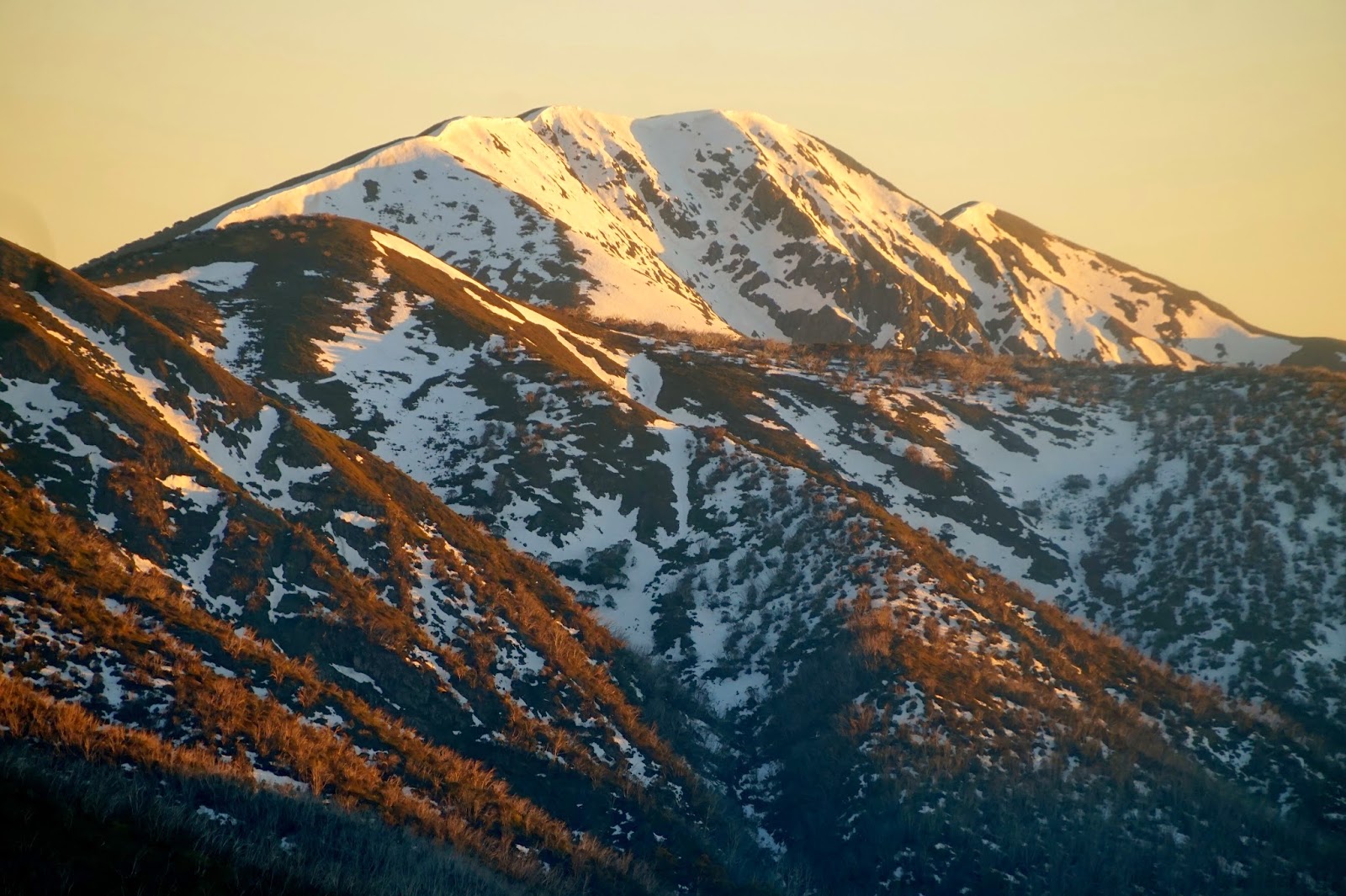 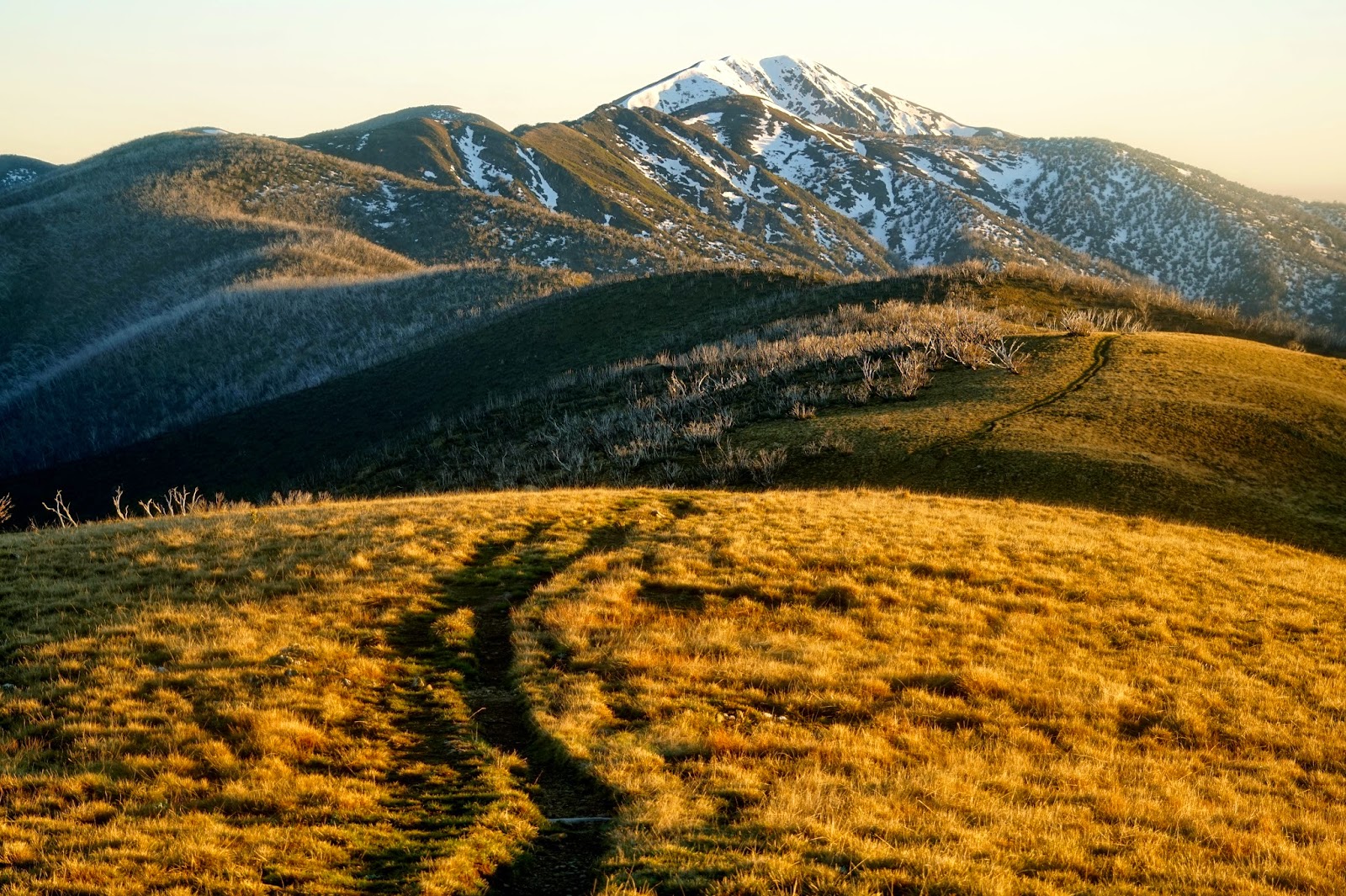 Apart from the back of Molly the trail was snow-free all the way which made for good running. From High Knob it was good to see several passable lines, although everything had iced up overnight. 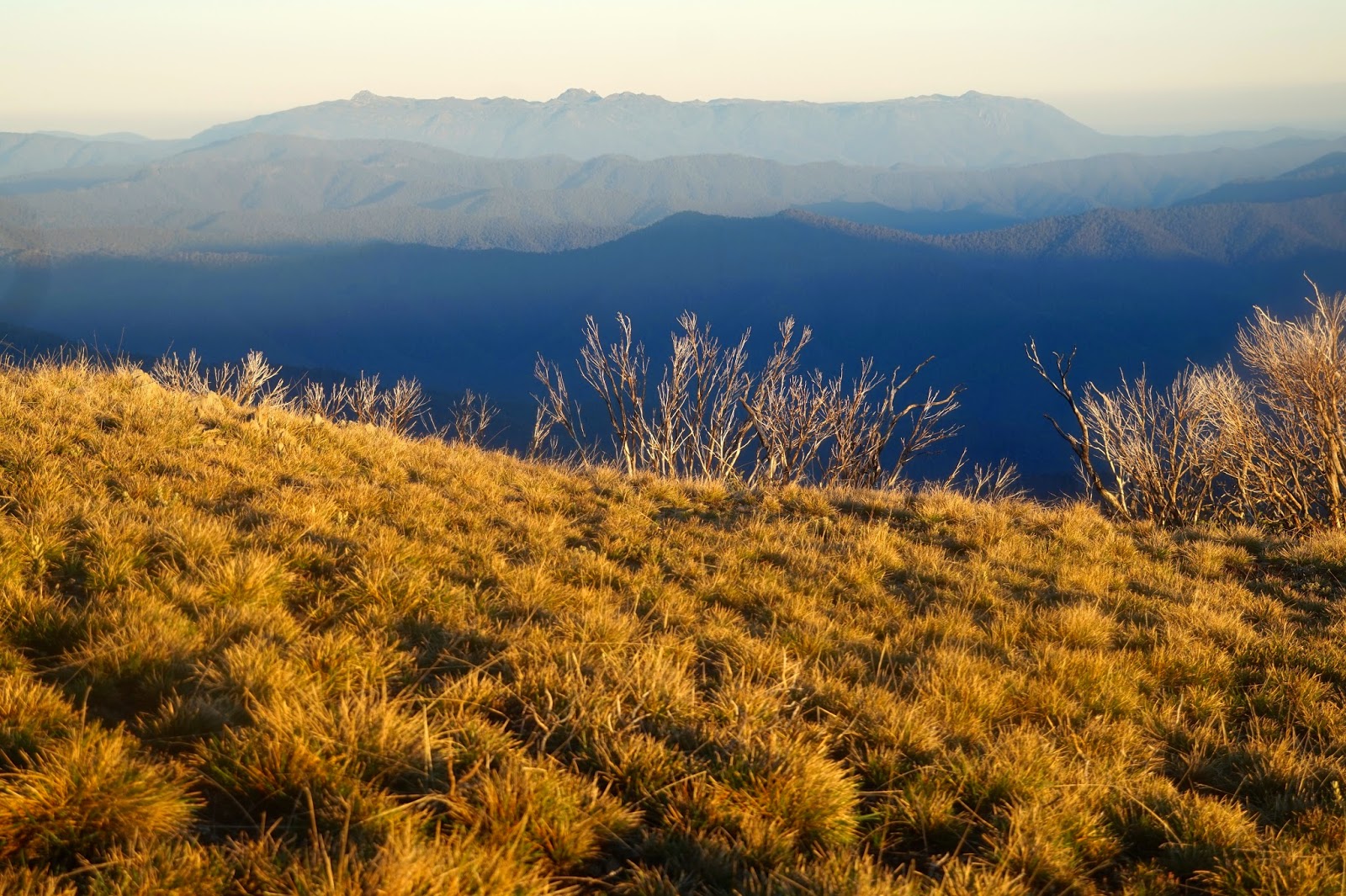 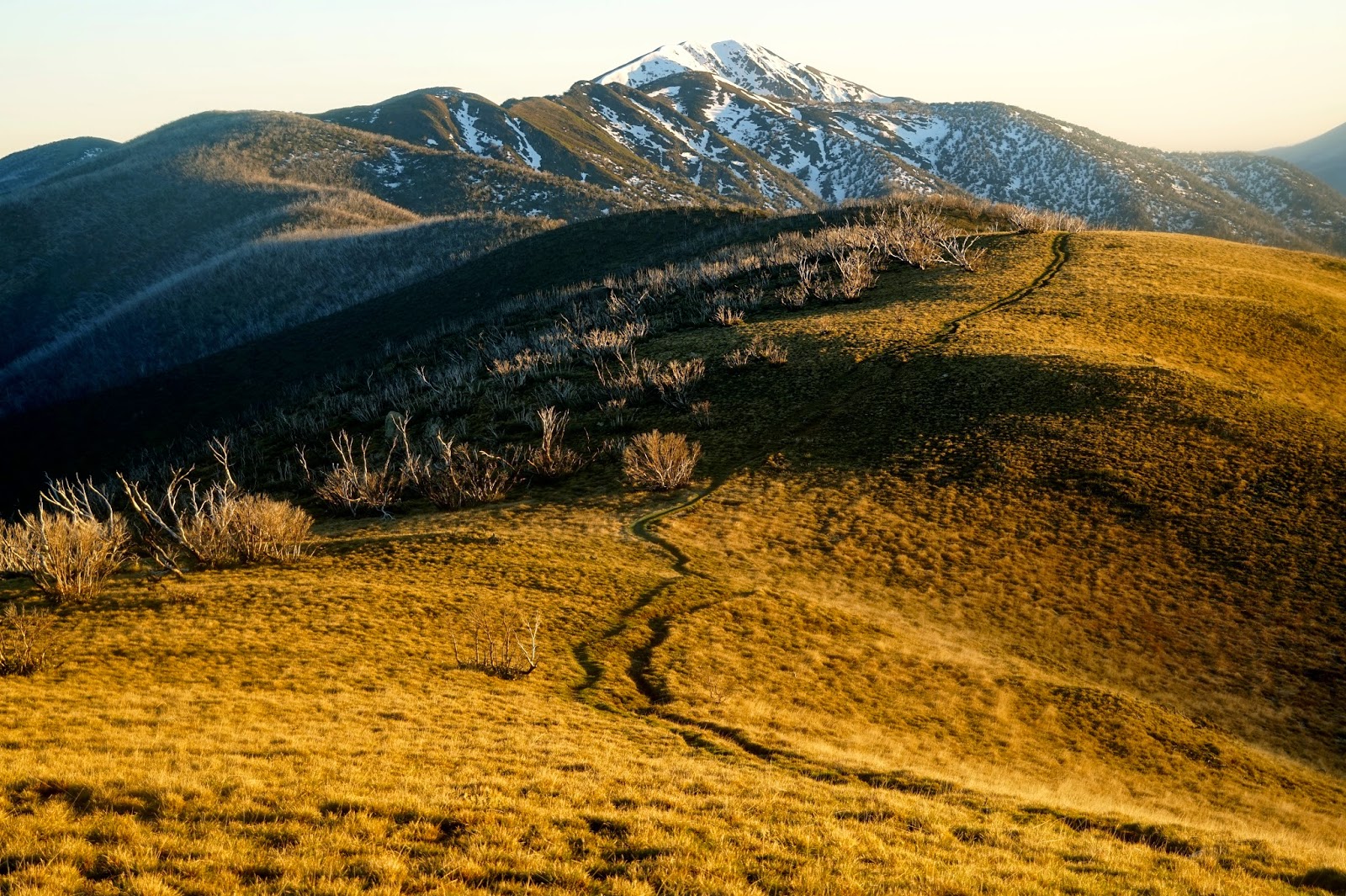 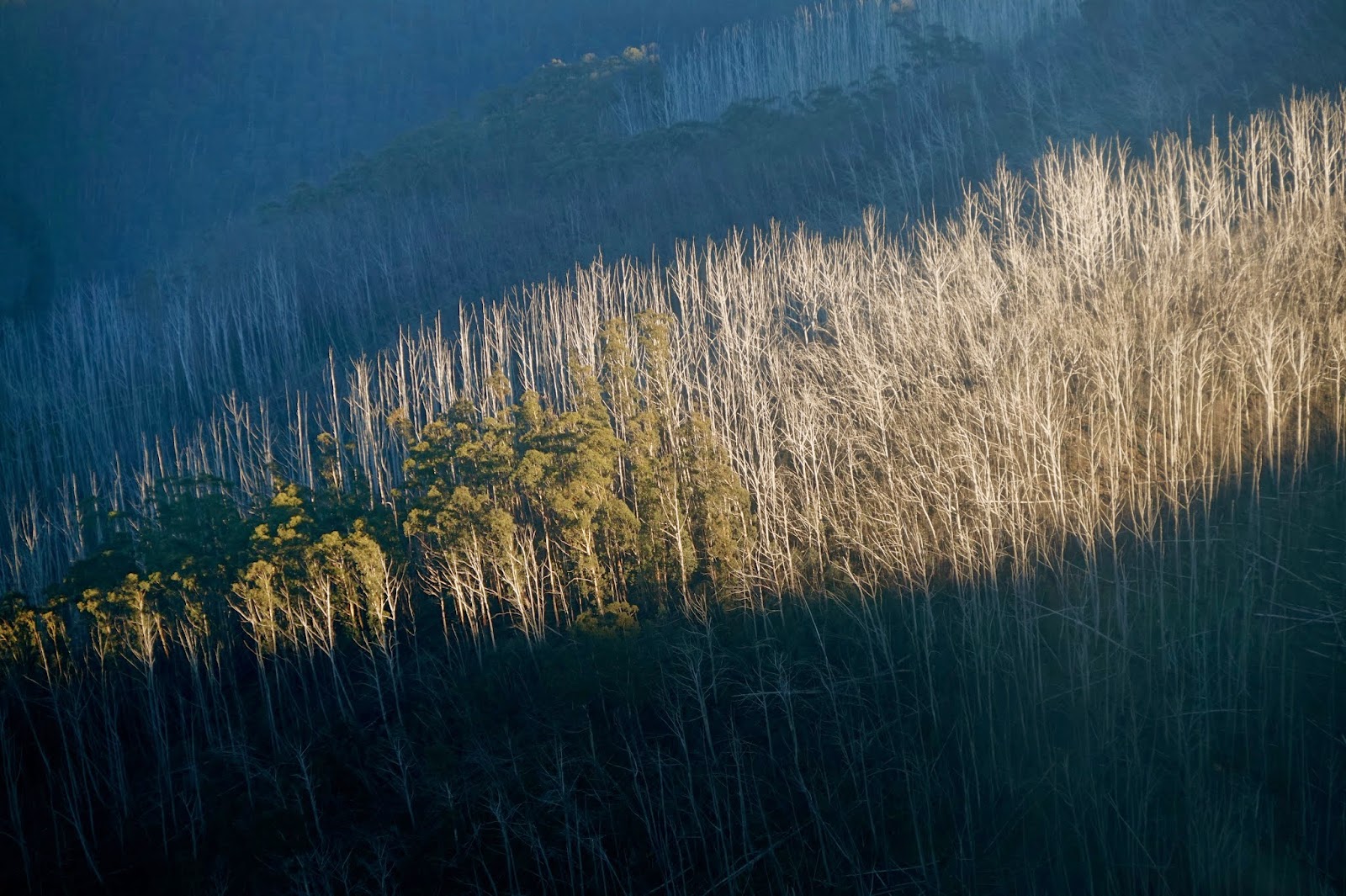 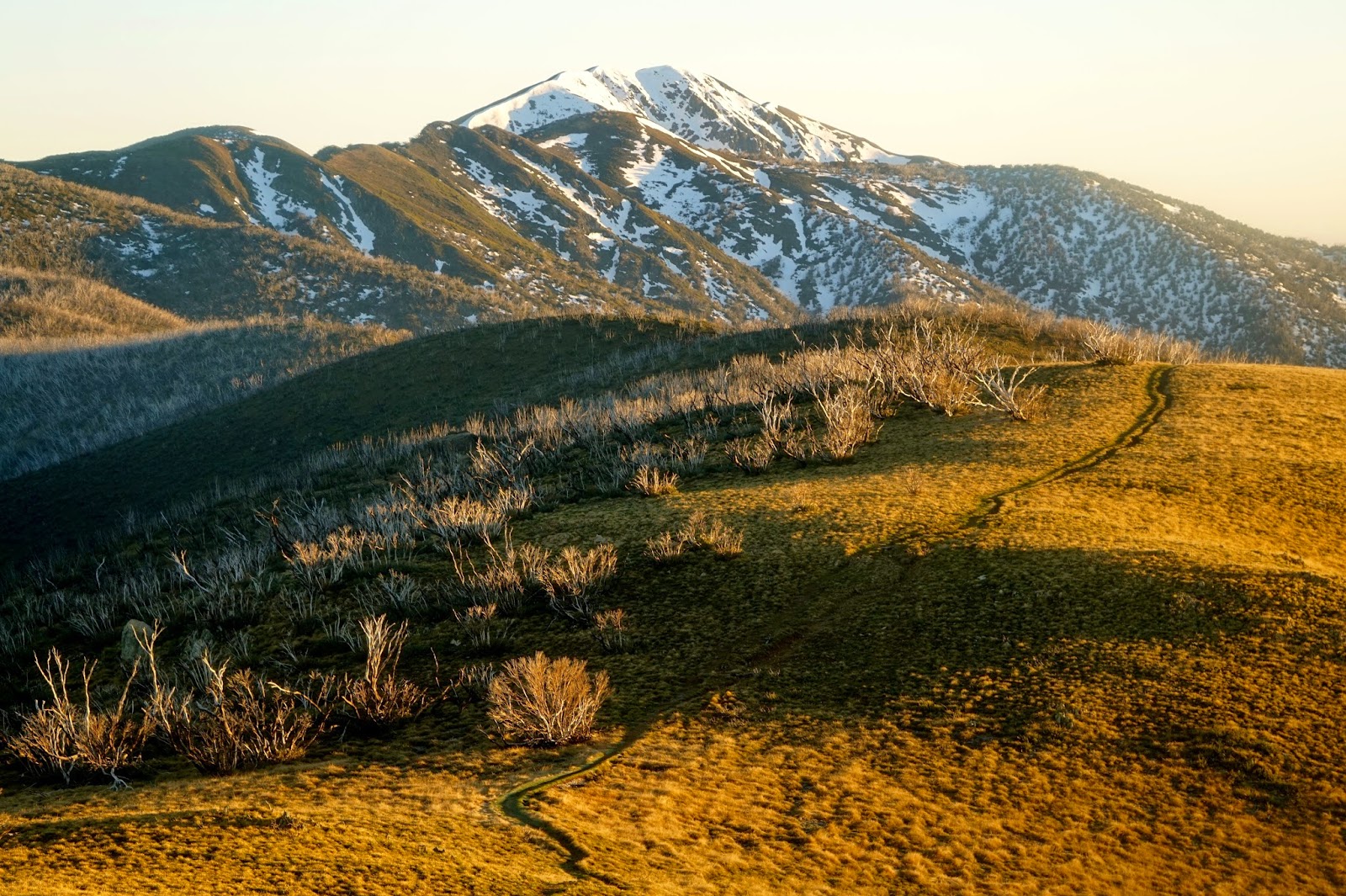 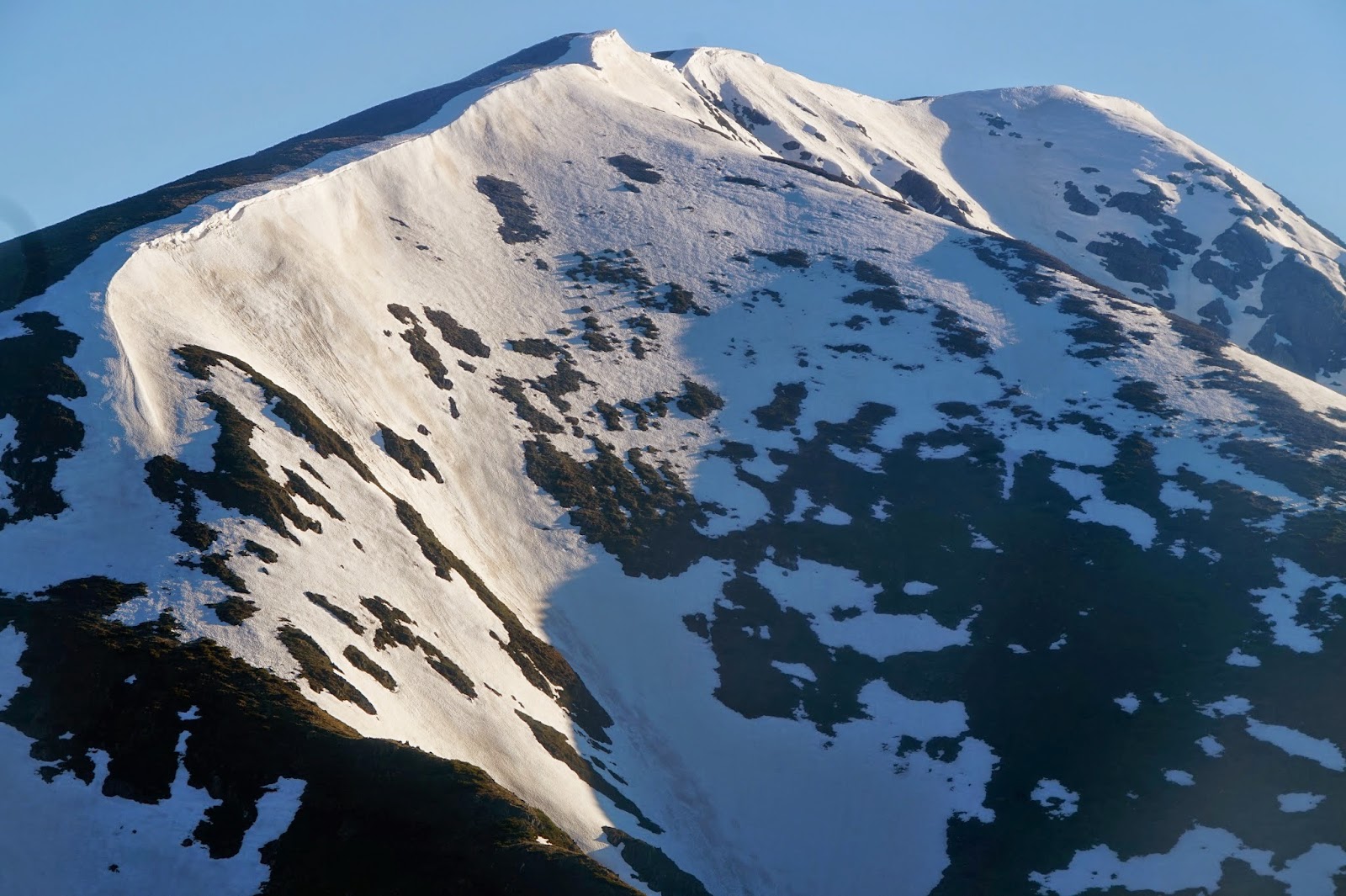 I mucked around on the summit for a bit, and ate another apple mush. It was windy and quite cold. At eight o'clock I skied down the main SE ridge to get to the direct East Face. The ridge was a mix of rocks and ice, but once I hit the face it proved good skiing. I climbed up and had another down the same face, continuing as far down as was possible. 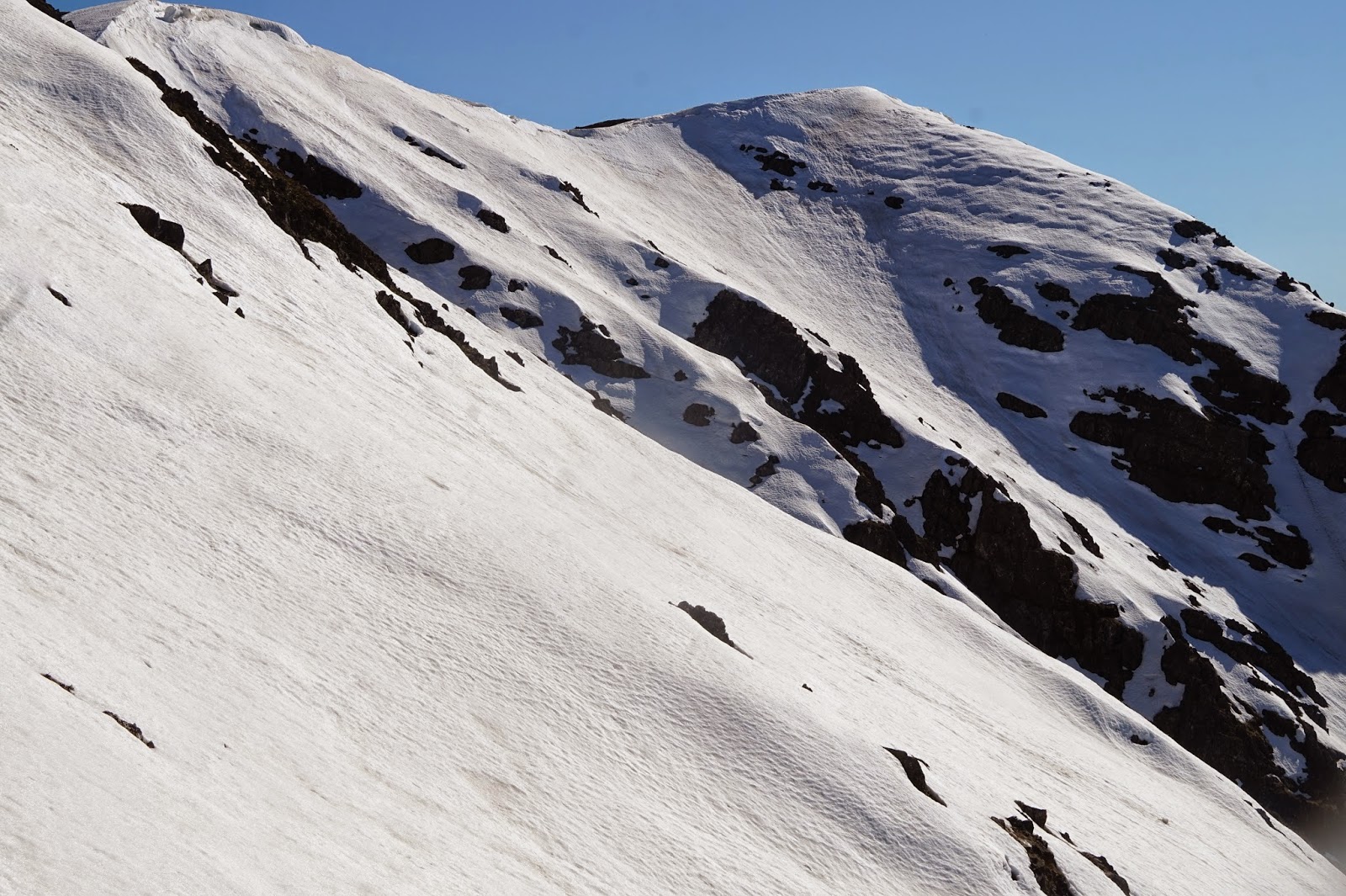 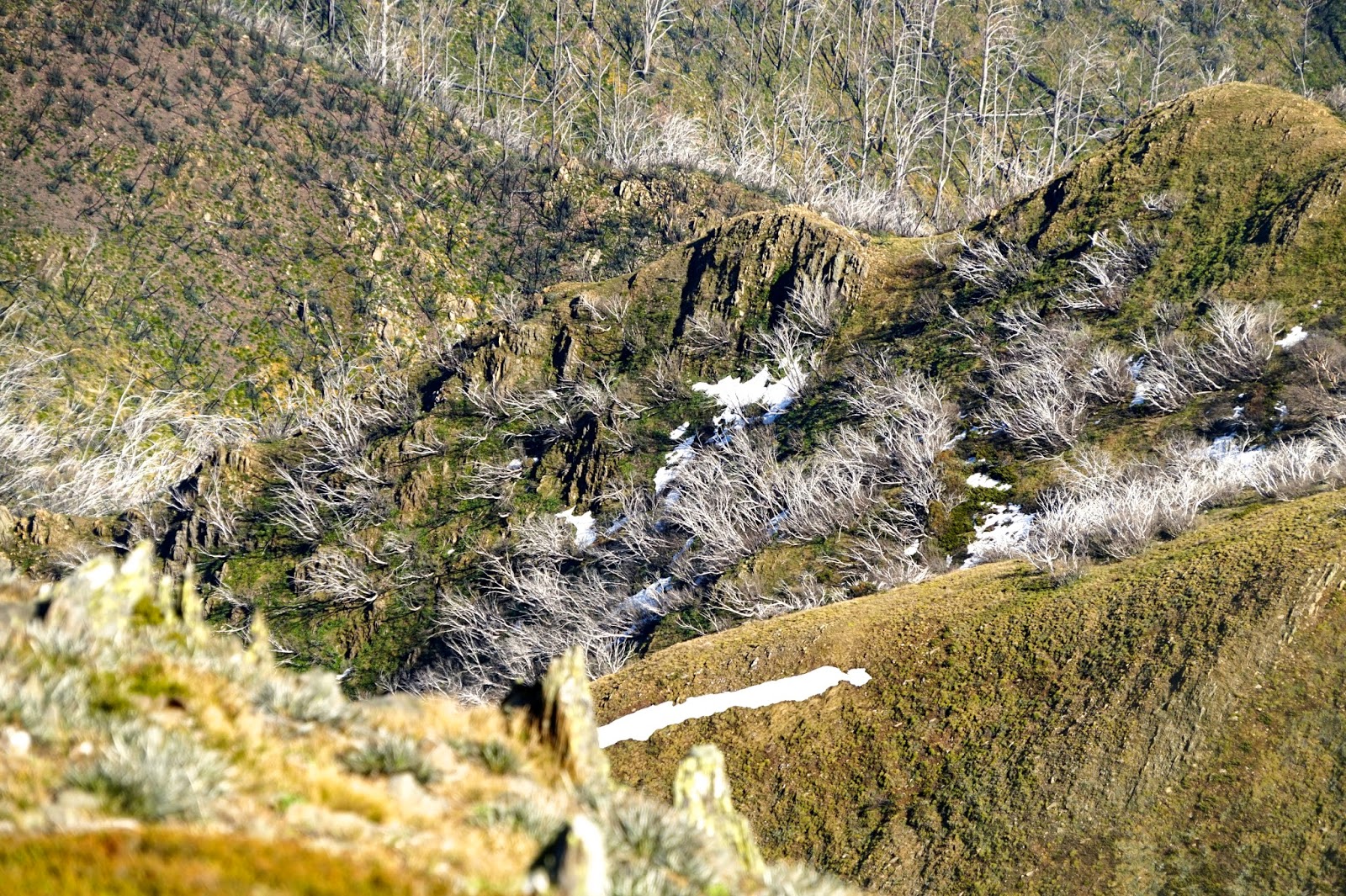 By this time the sun had hit the main SE gully and I was comfortable to give it a shot. It was great: a little cornice, then the steep upper aspects, mellowing out into a bowl and gully. The bottom was a little sun cupped and still a bit icy, with a bit of debri from a few wet slides - however I was keen to find water and so followed it down as far as possible. It ended in impassable terrain, with no water. 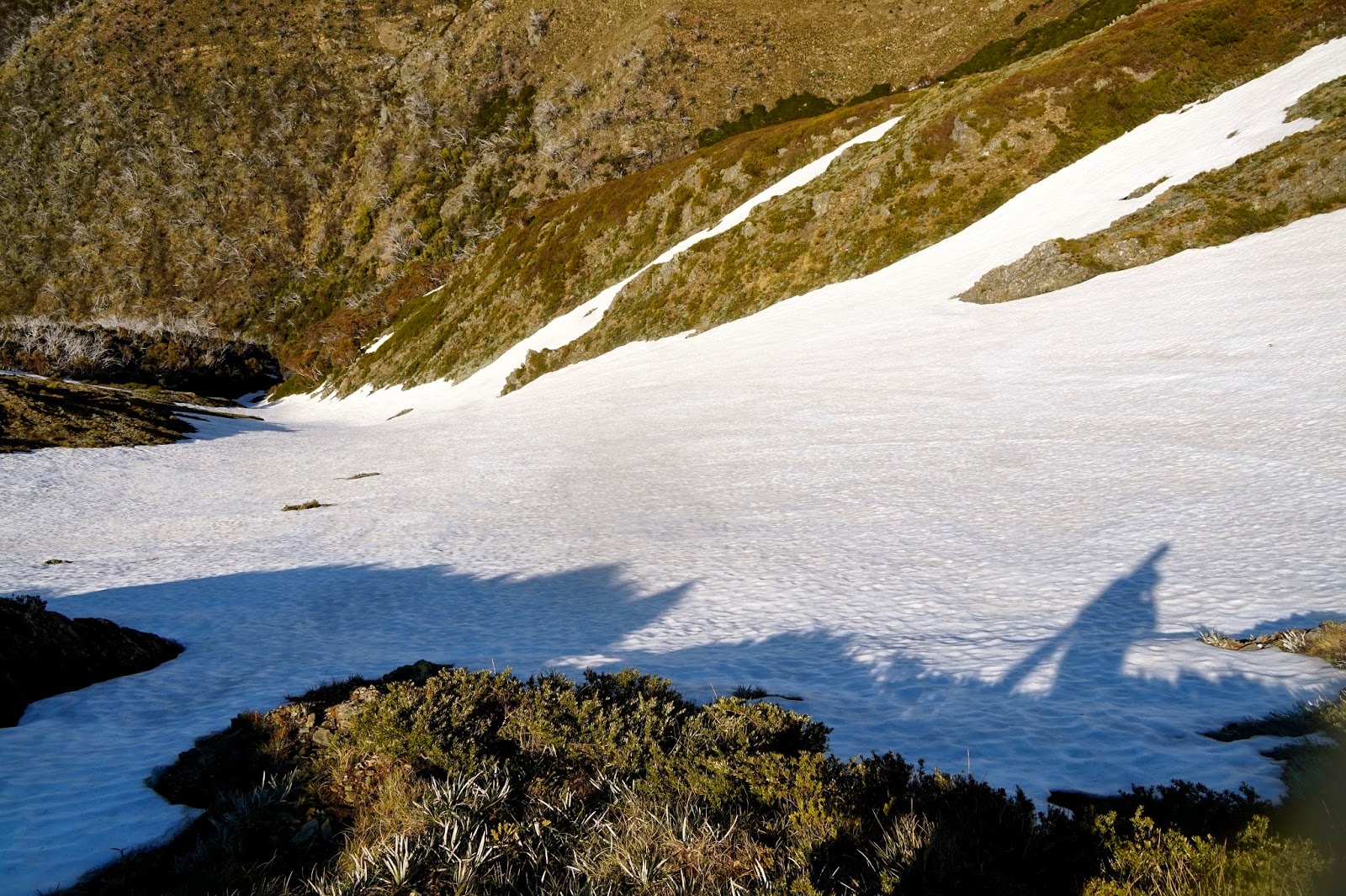 I started eating manky snow and swilled my final baby mush. Climbing out of the SE gully was a challenge, with a bit of rock climbing and holding on to blades of grass on occasions for balance. The next gully further south (above) also looked good, so I had one down that too. 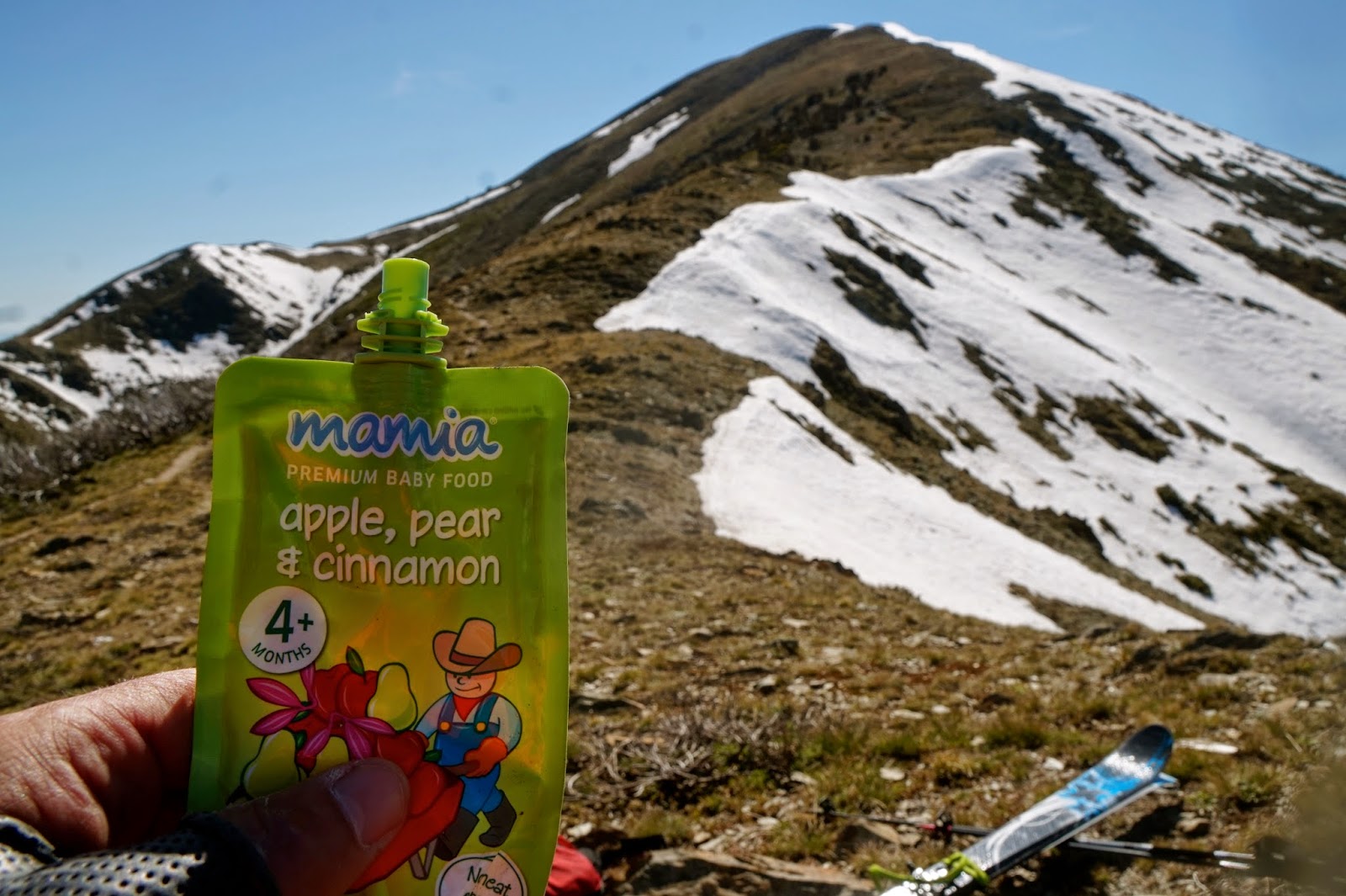 At this point I was plum out of water and mush. It was about ten, and although it felt too early, I'd already had well over a thousand metres of skiing vertical. And so, after chowing down on a bit more manky snow, I started the slow jog back to the car, arriving just before midday. The Diamantina spring was pure diamond. Water never tasted so good. 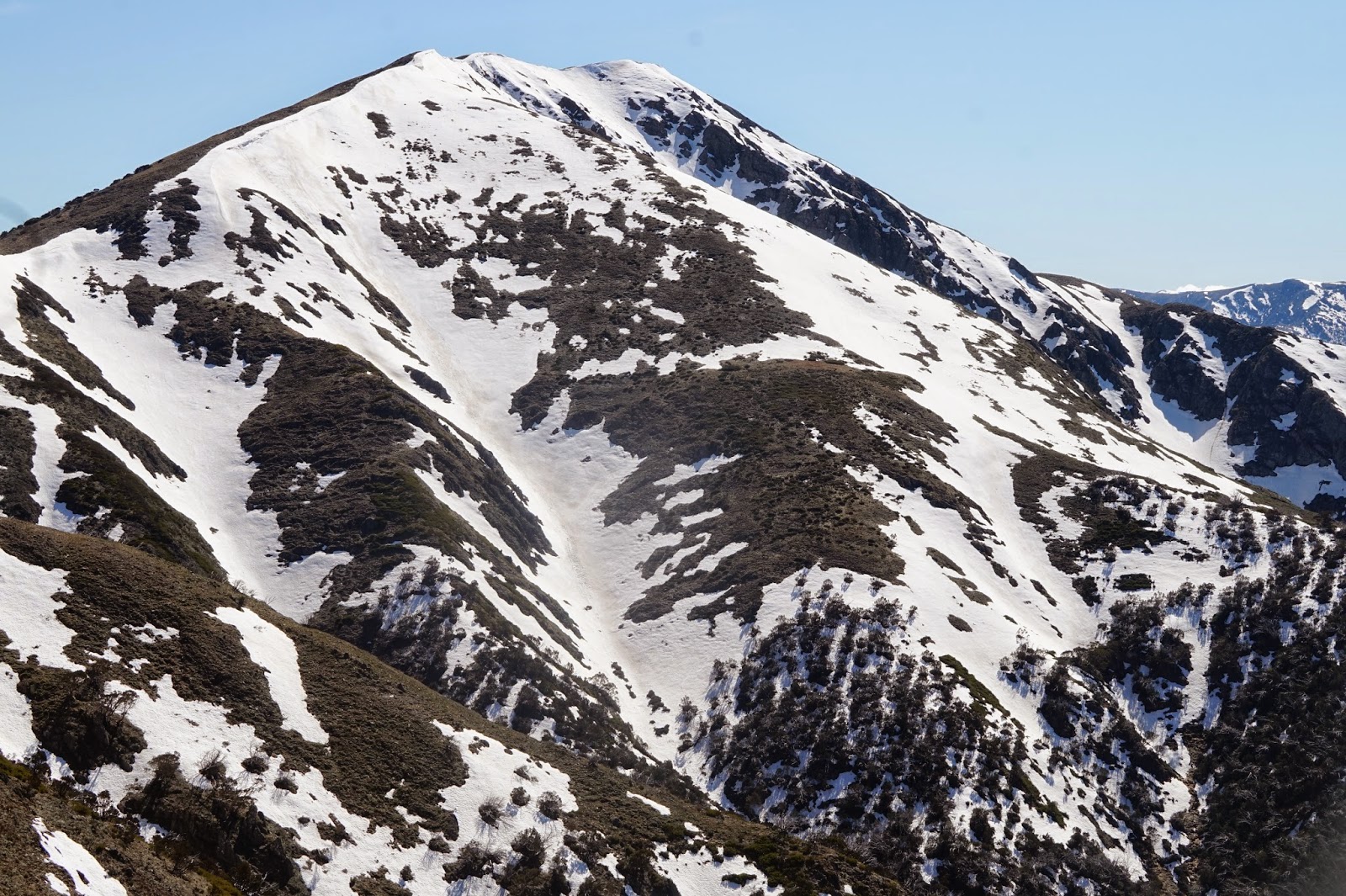 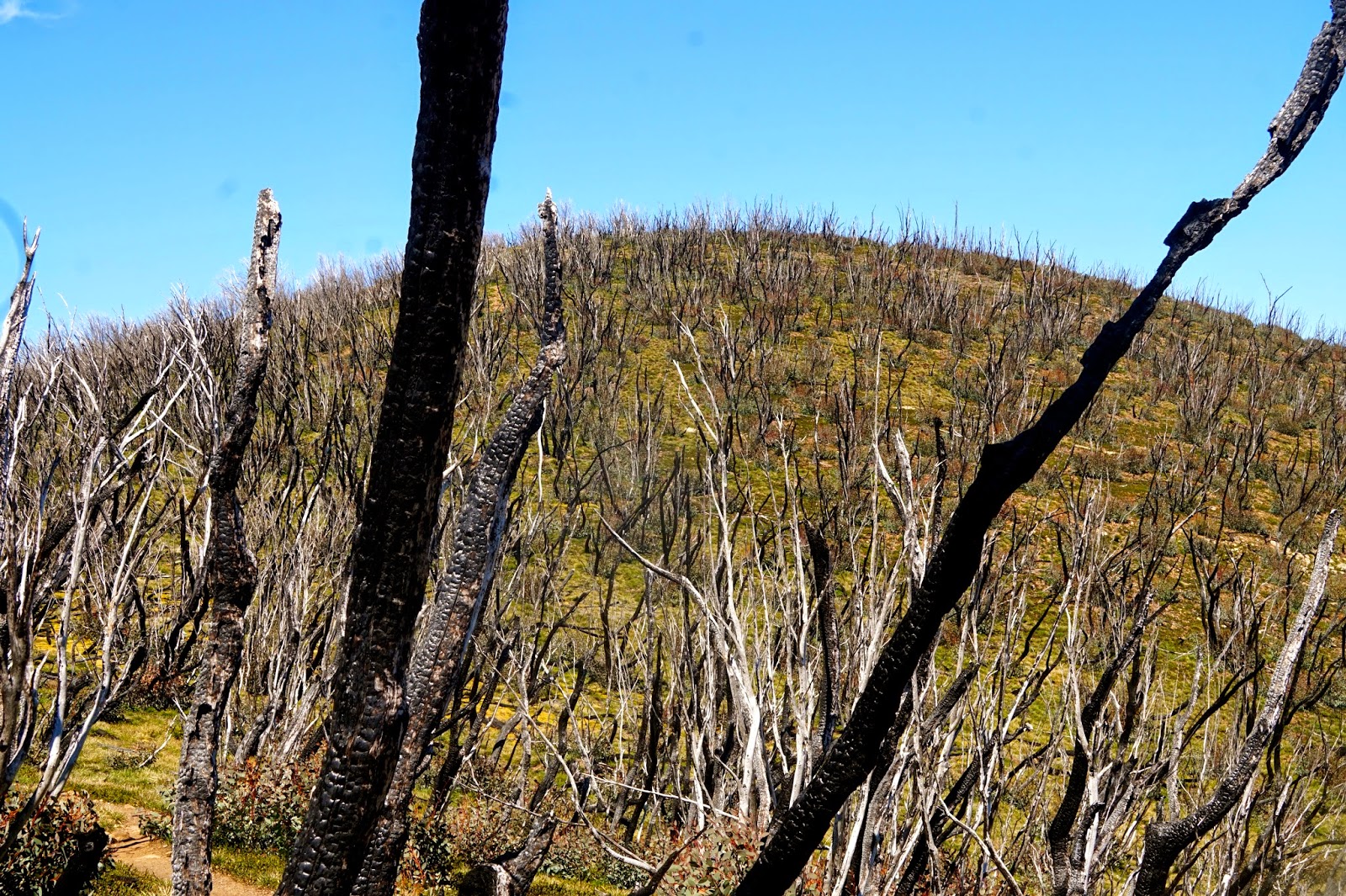 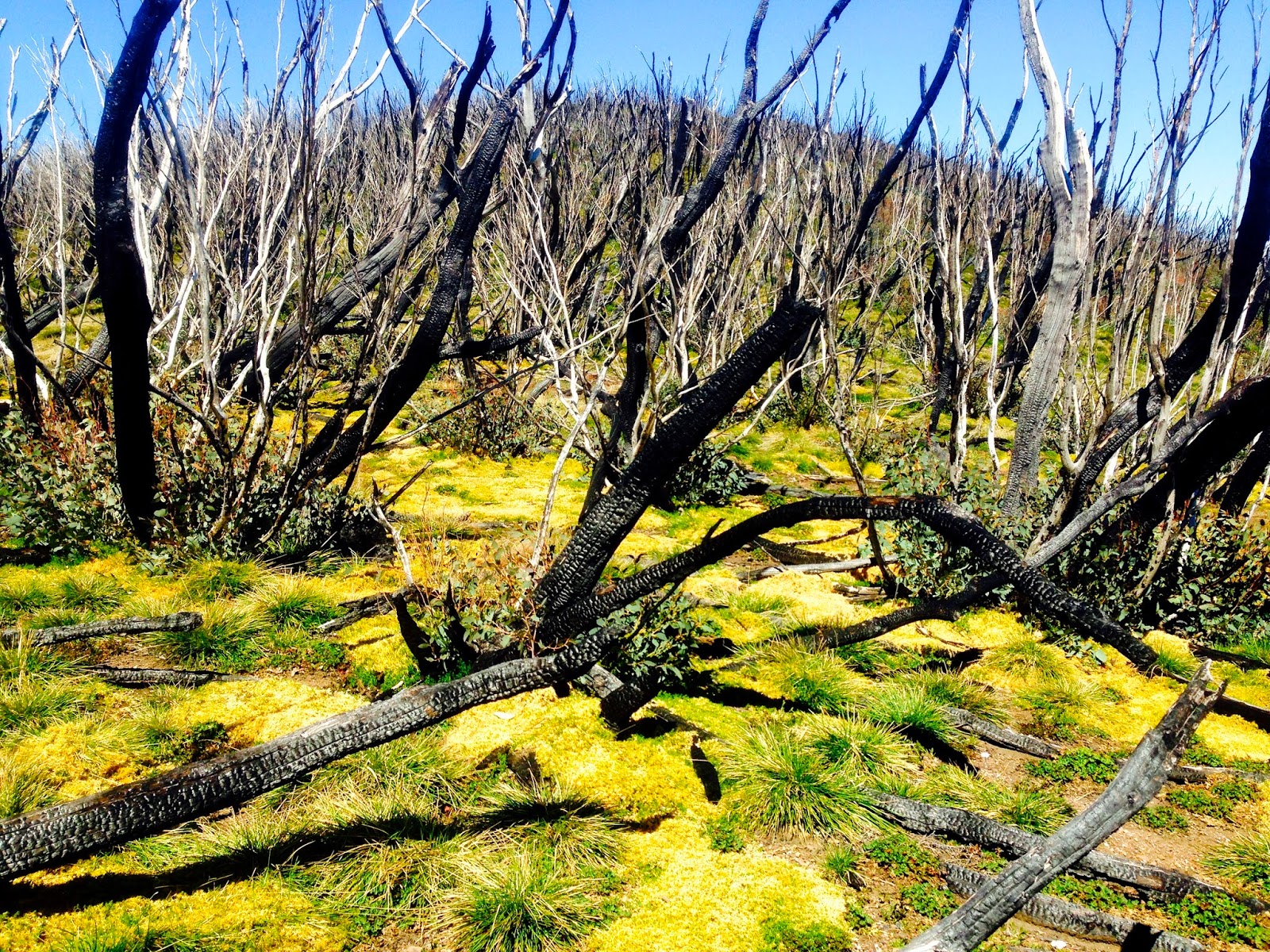 I don't know if it was the baby mush or the exercise happy hormones still swirling, but the drive back was splendid. I've never seen the Tambo Valley looking so verdant or pretty. The engine was humming along in overdrive at 3000 rpm, and my windows were down by virtue of being unable to turn off the heating. 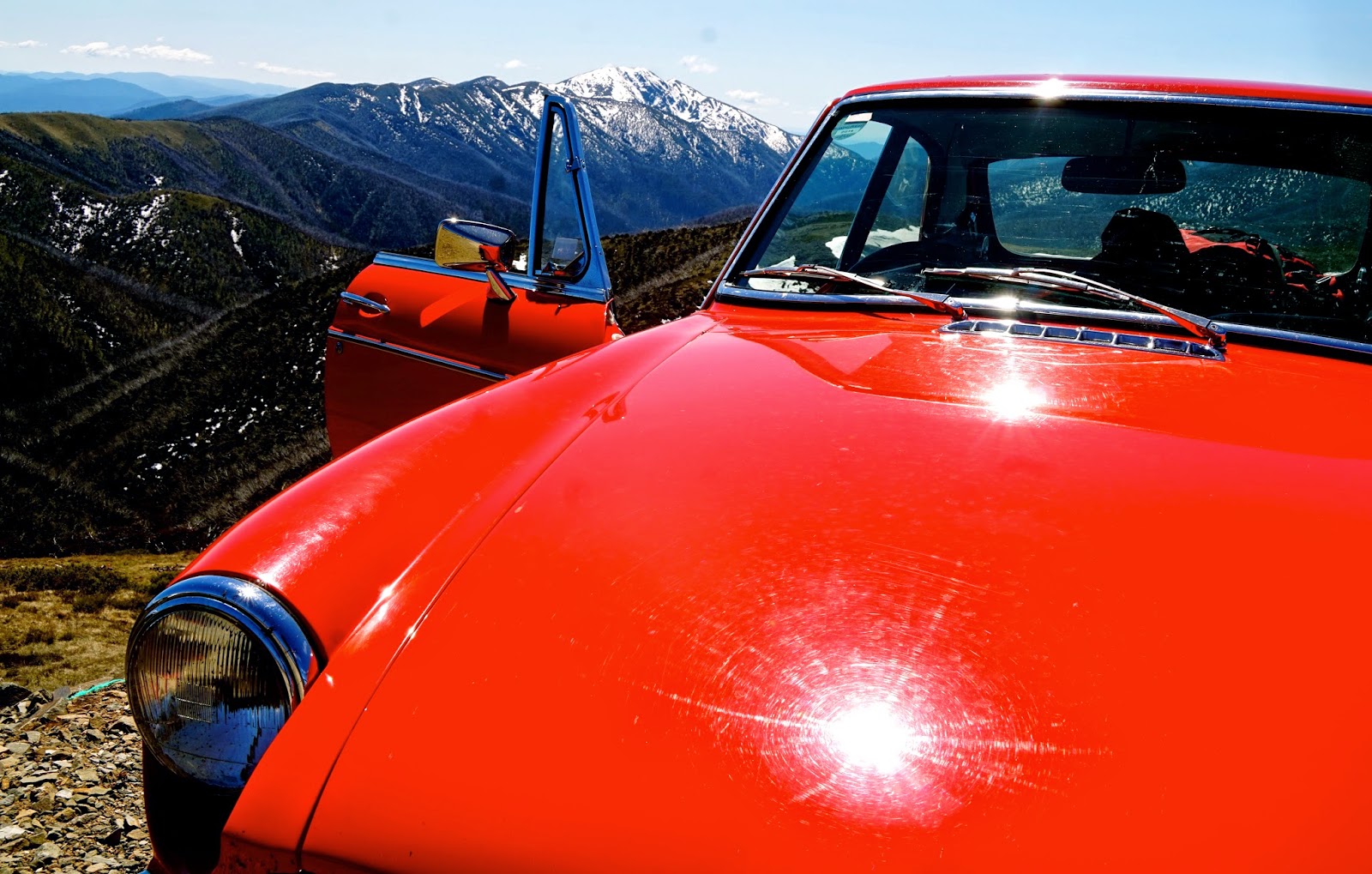 I got back in time to grab a beer, throw some salmon on the BBQ and watch the sunset with the kids. 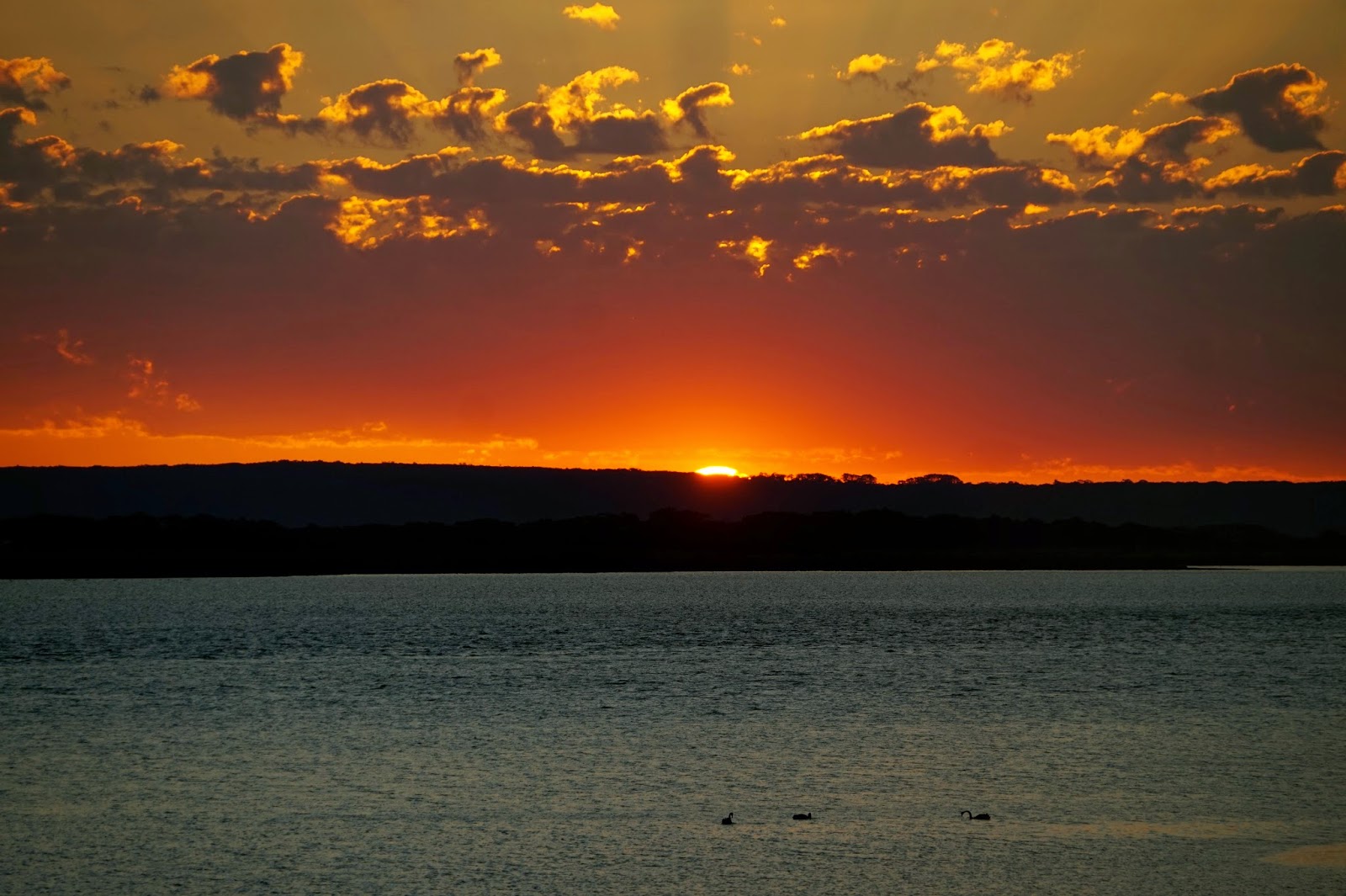