I ran my first autumnal long-run on Thursday. I was treated to an afternoon thunderstorm over the ranges behind the Razorback, and then a spectacular sunset. From the Loch car park, I ran past Loch, then Machinery Spur - and all the way on to its end, down past the Red Robin trail header, and then further on down (further than ever before in fact on either feet or skis) to around 1500m before it ends at a steep lookout overlooking the Thangas and BHPs before plunging down into the West Kiewa.
My fitness at altitude was really found wanting (been trying to shake a shitty summer cold for nearly a month now), and by the time I arrived back at the car it was well past head-torch o'clock.
About 17km return (Charlotte on the phone that night: "that's really not very far daddy..."), and nice to be up high, where the season is on the cusp of changing. Still lots of snakes about though. But also nice; a drop of red and massive serve of spag boll in front of a roaring fire back at DP.
Gotta love autumn... 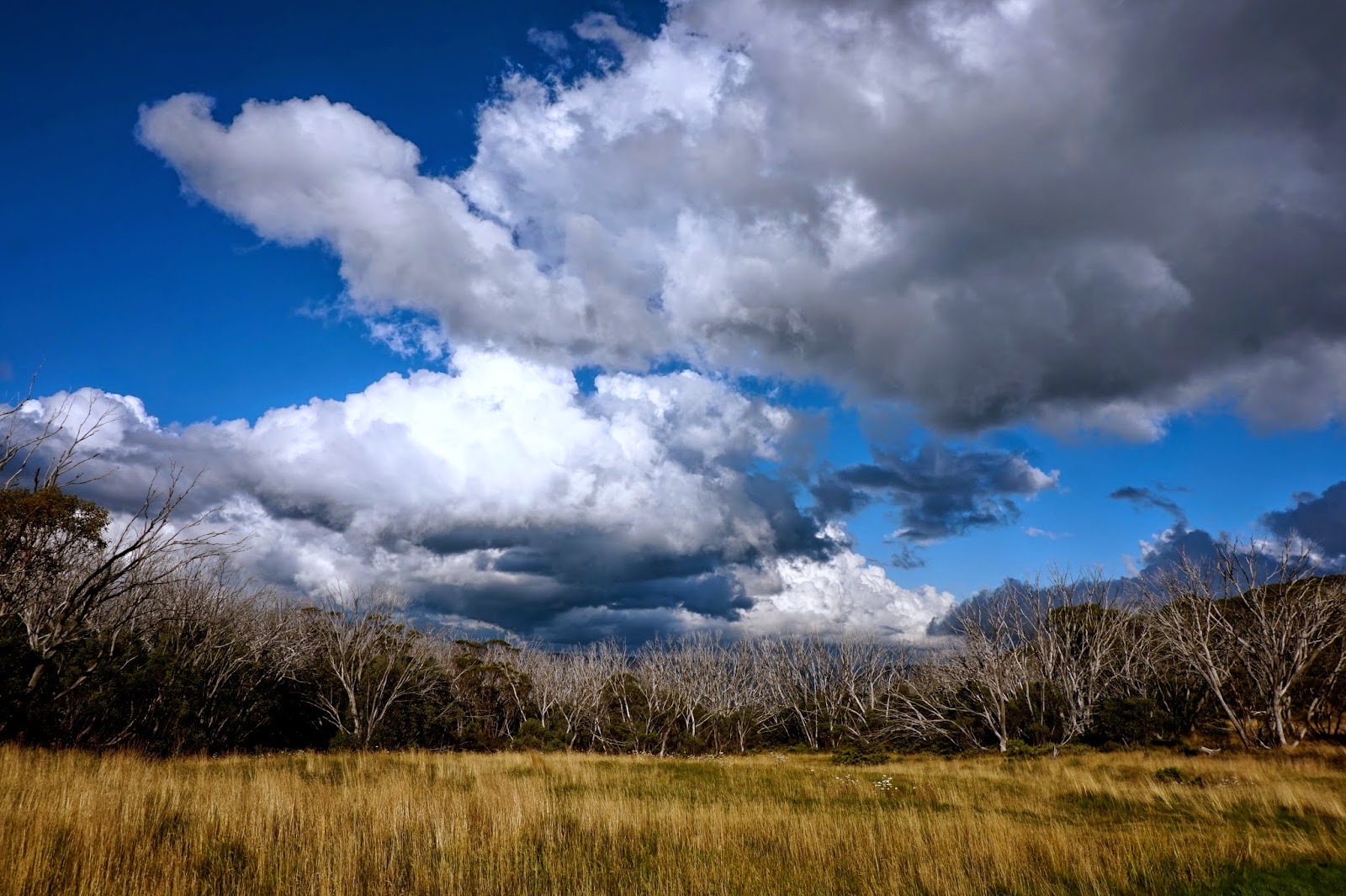 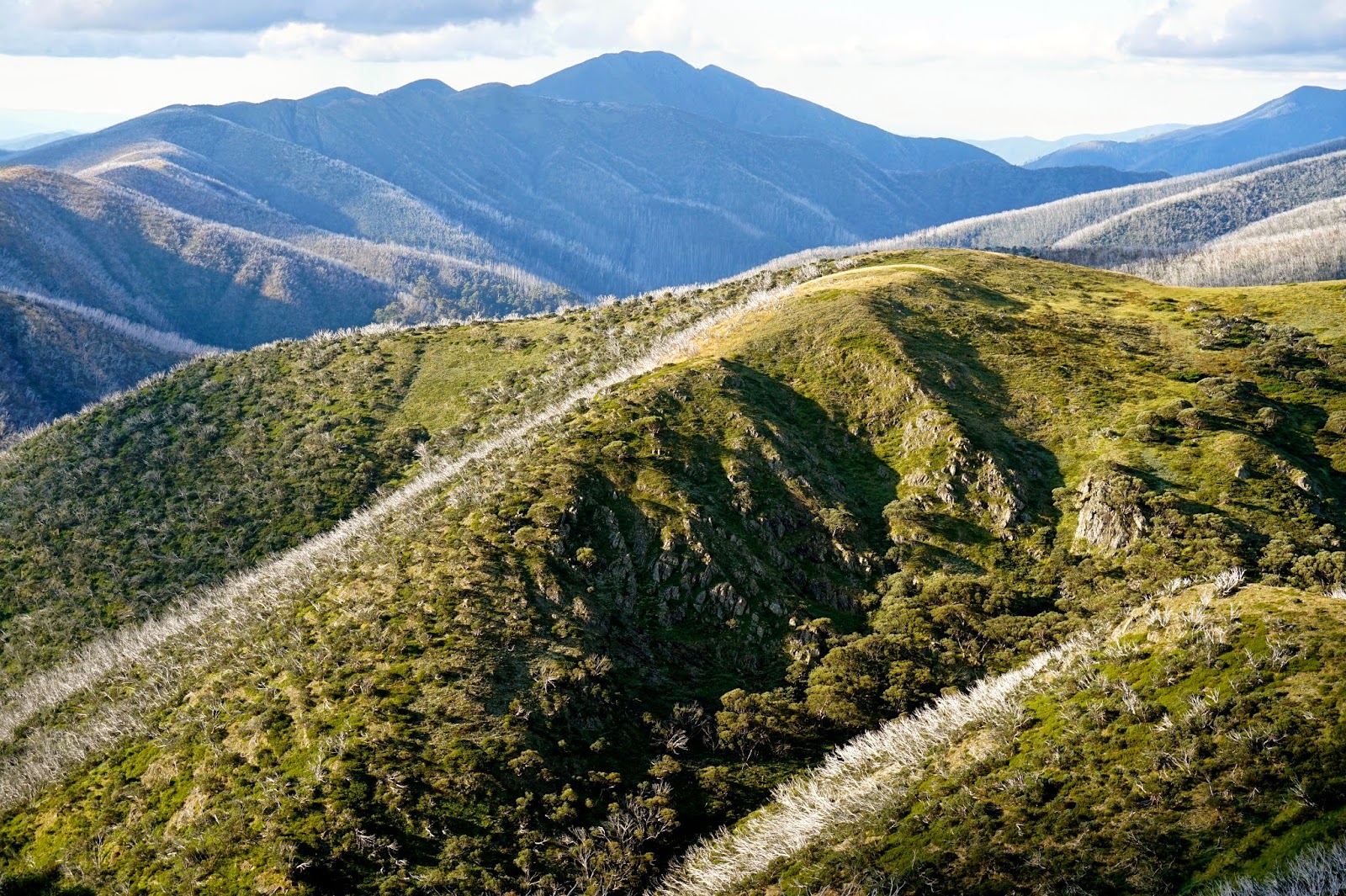 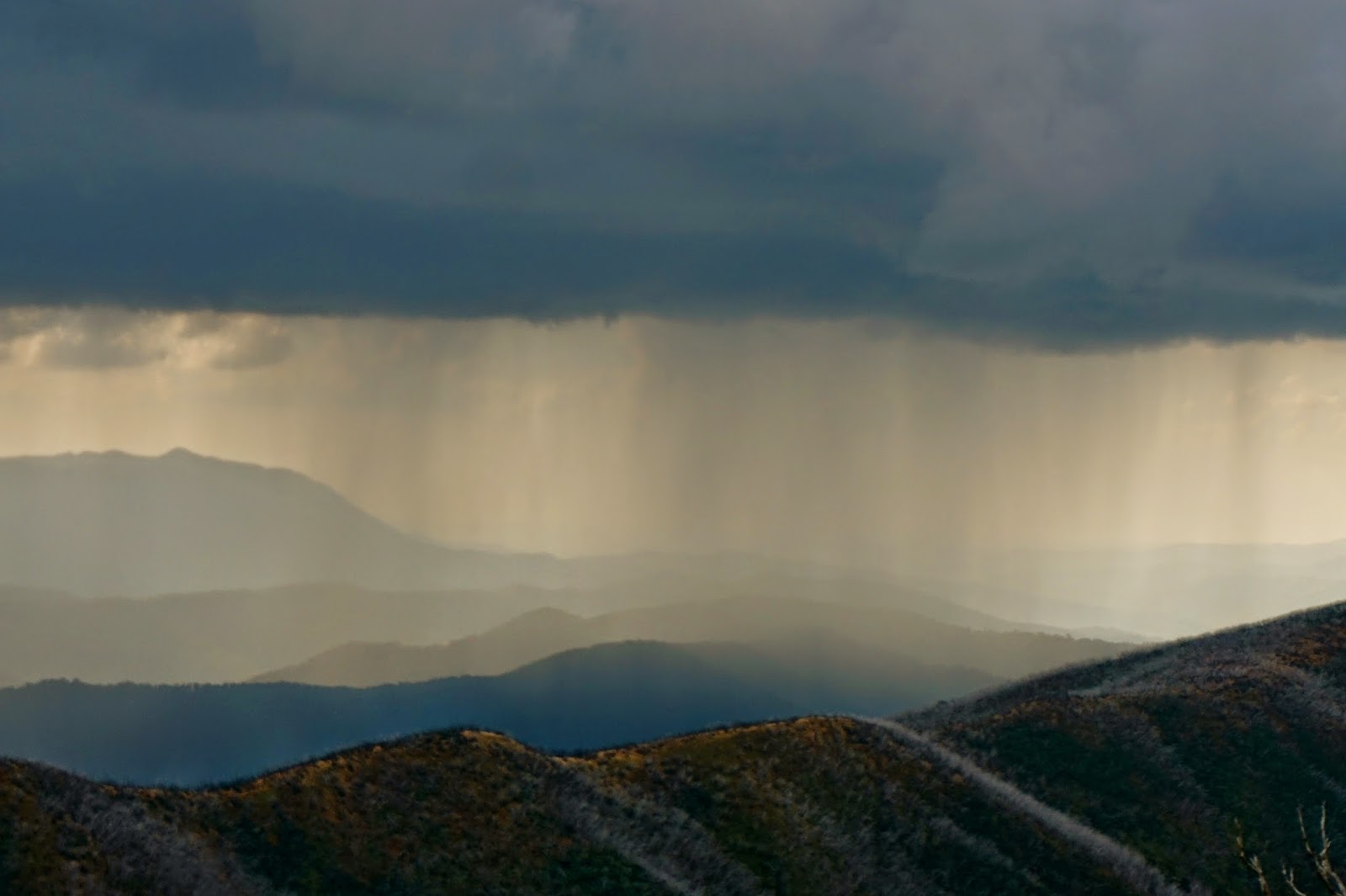 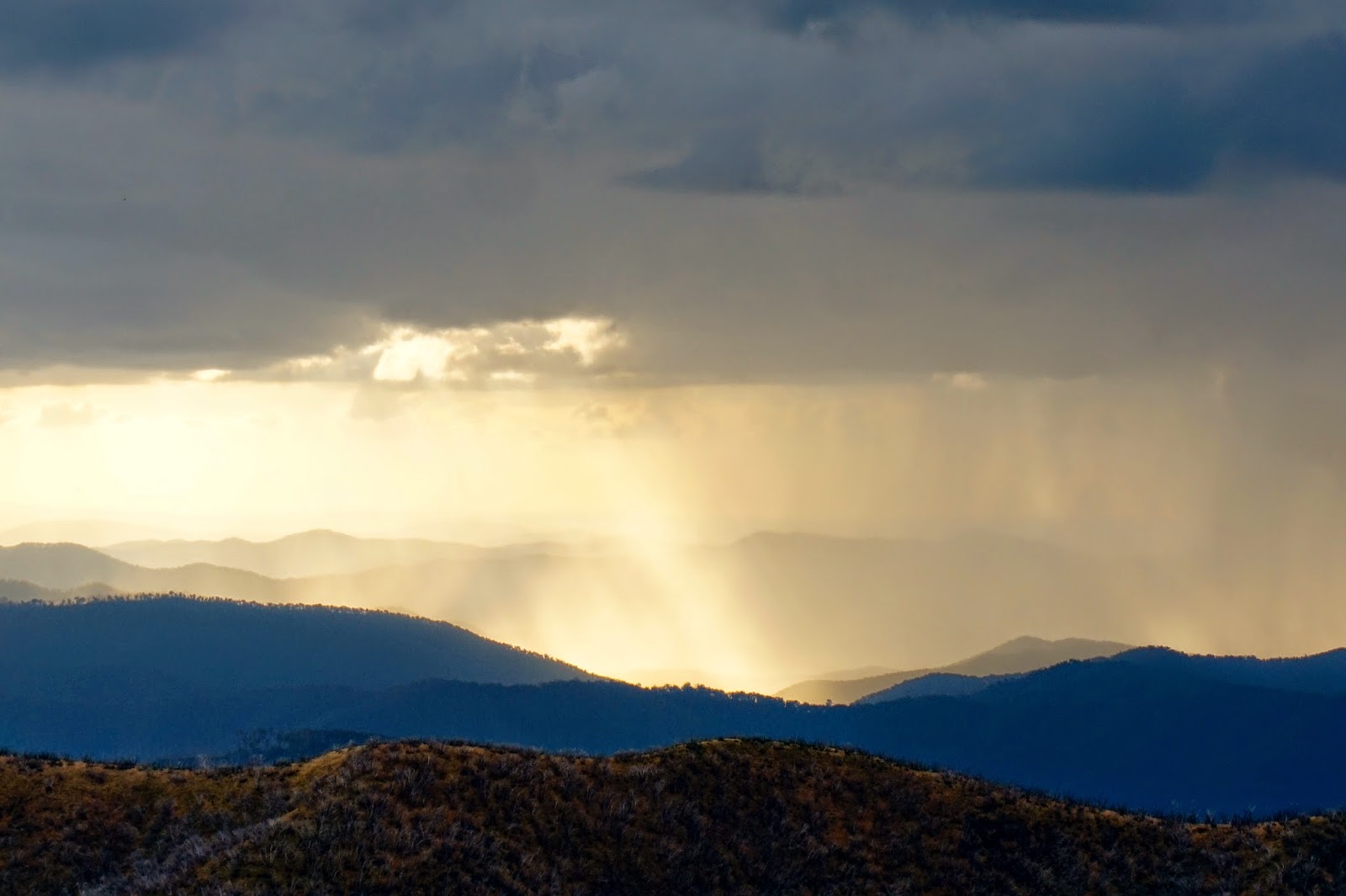 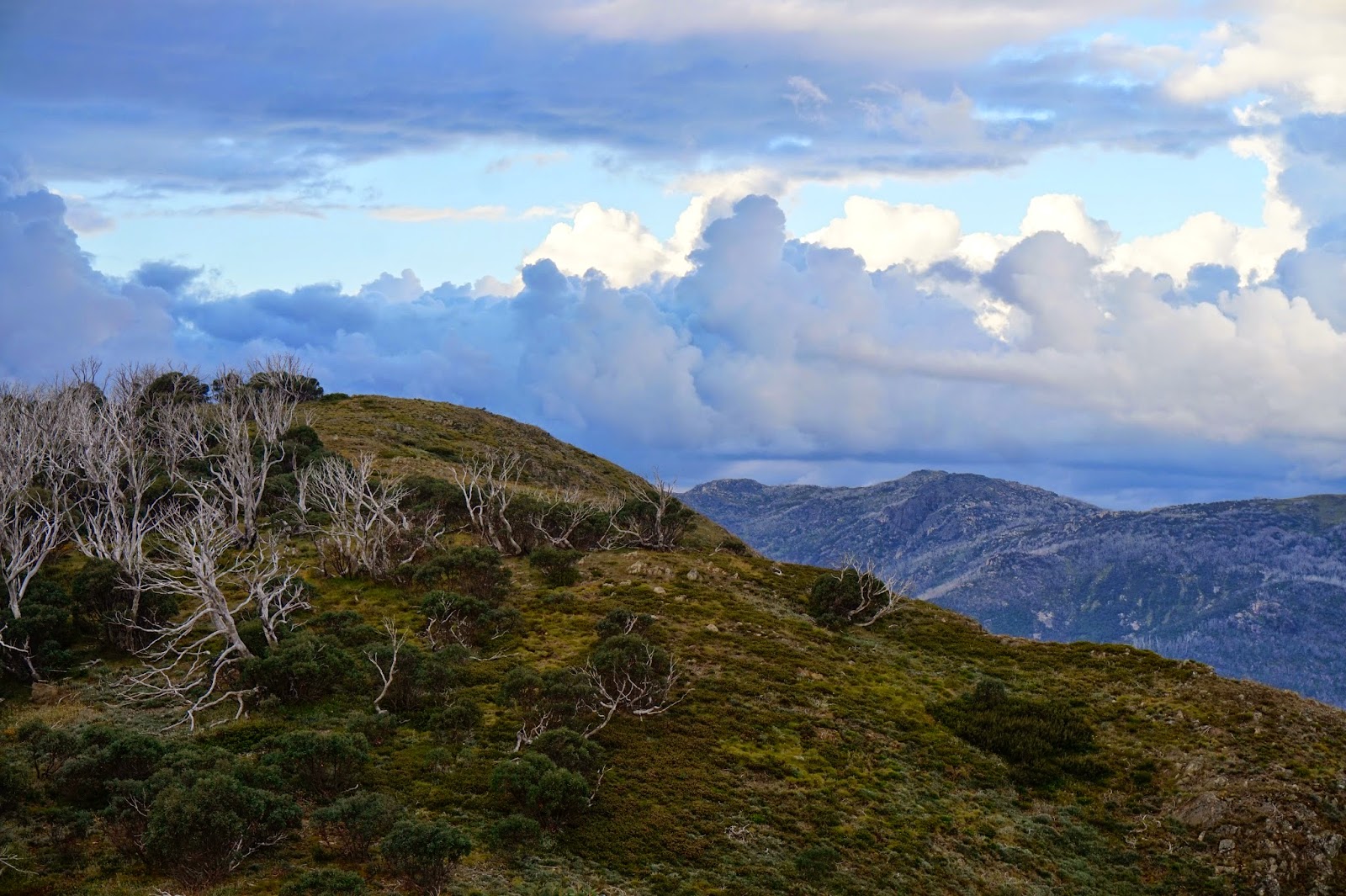 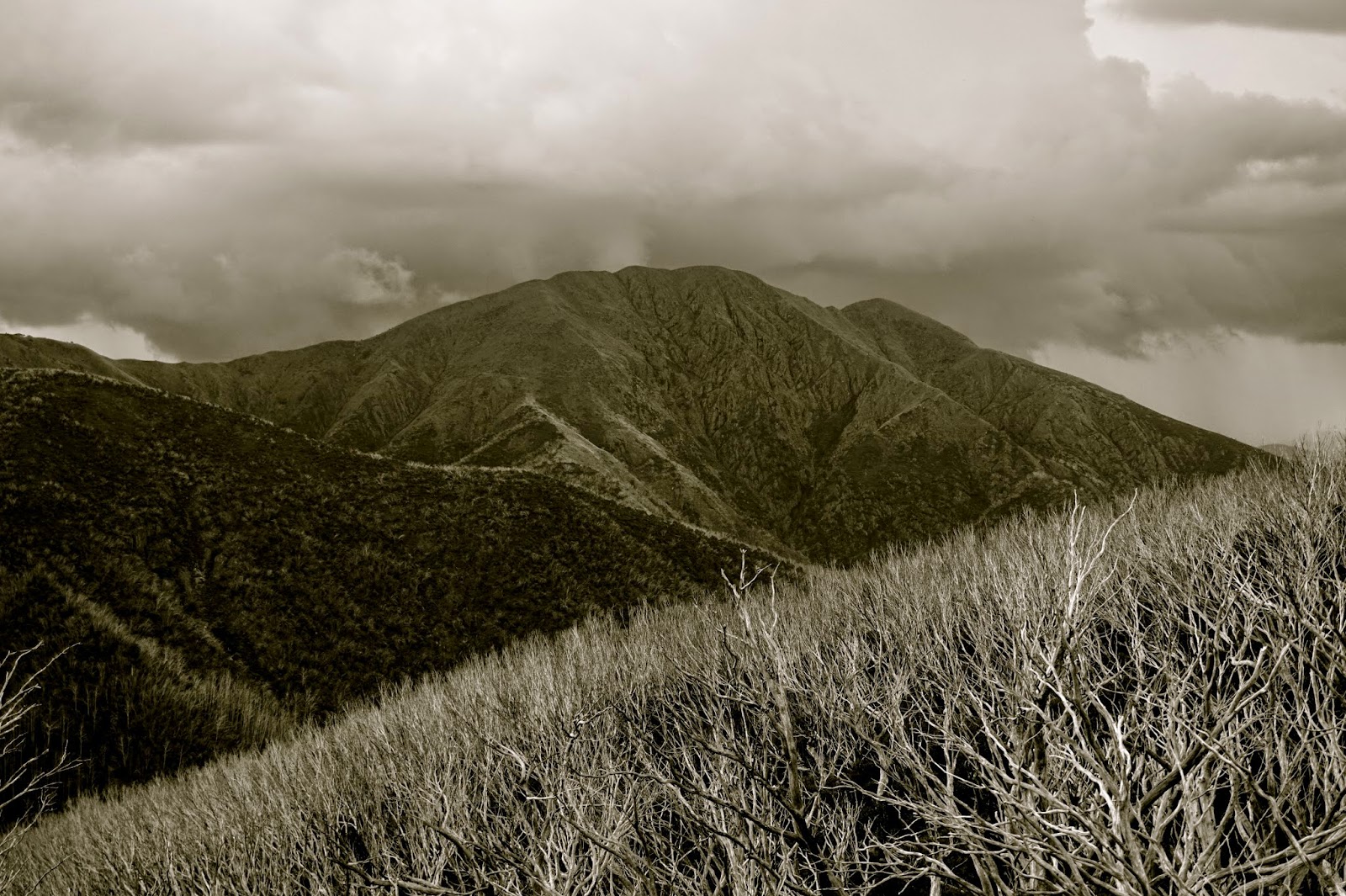 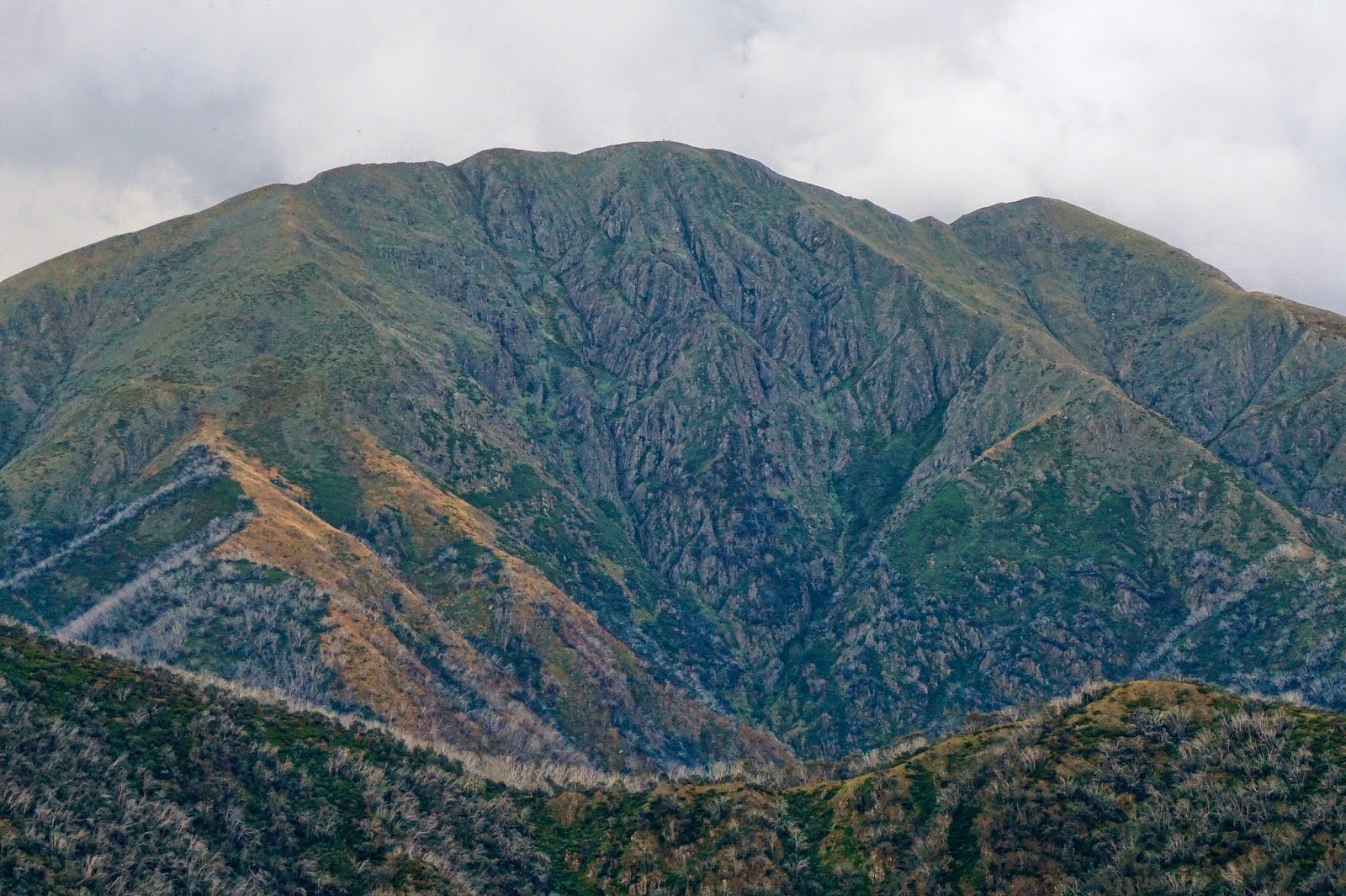 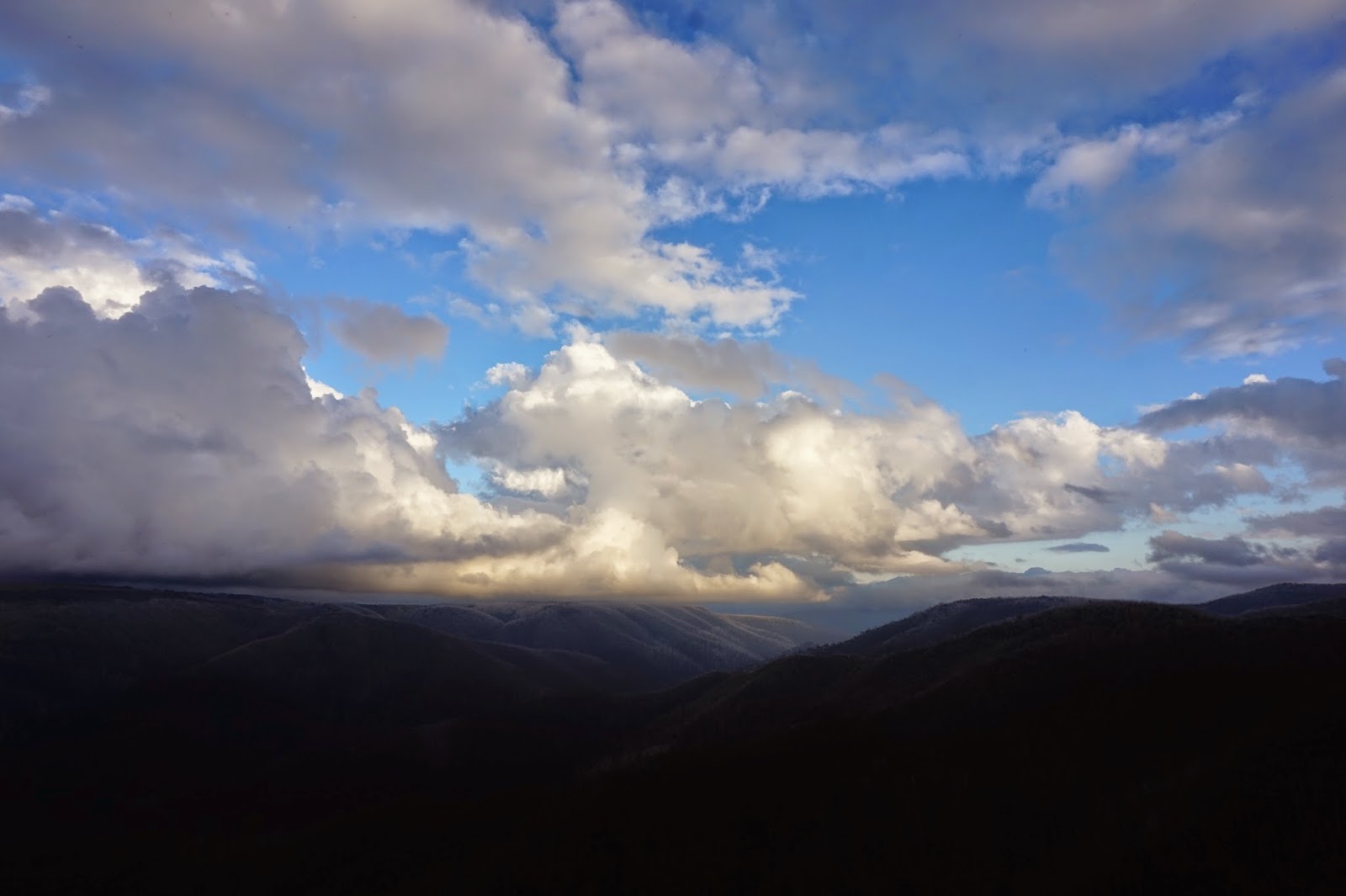 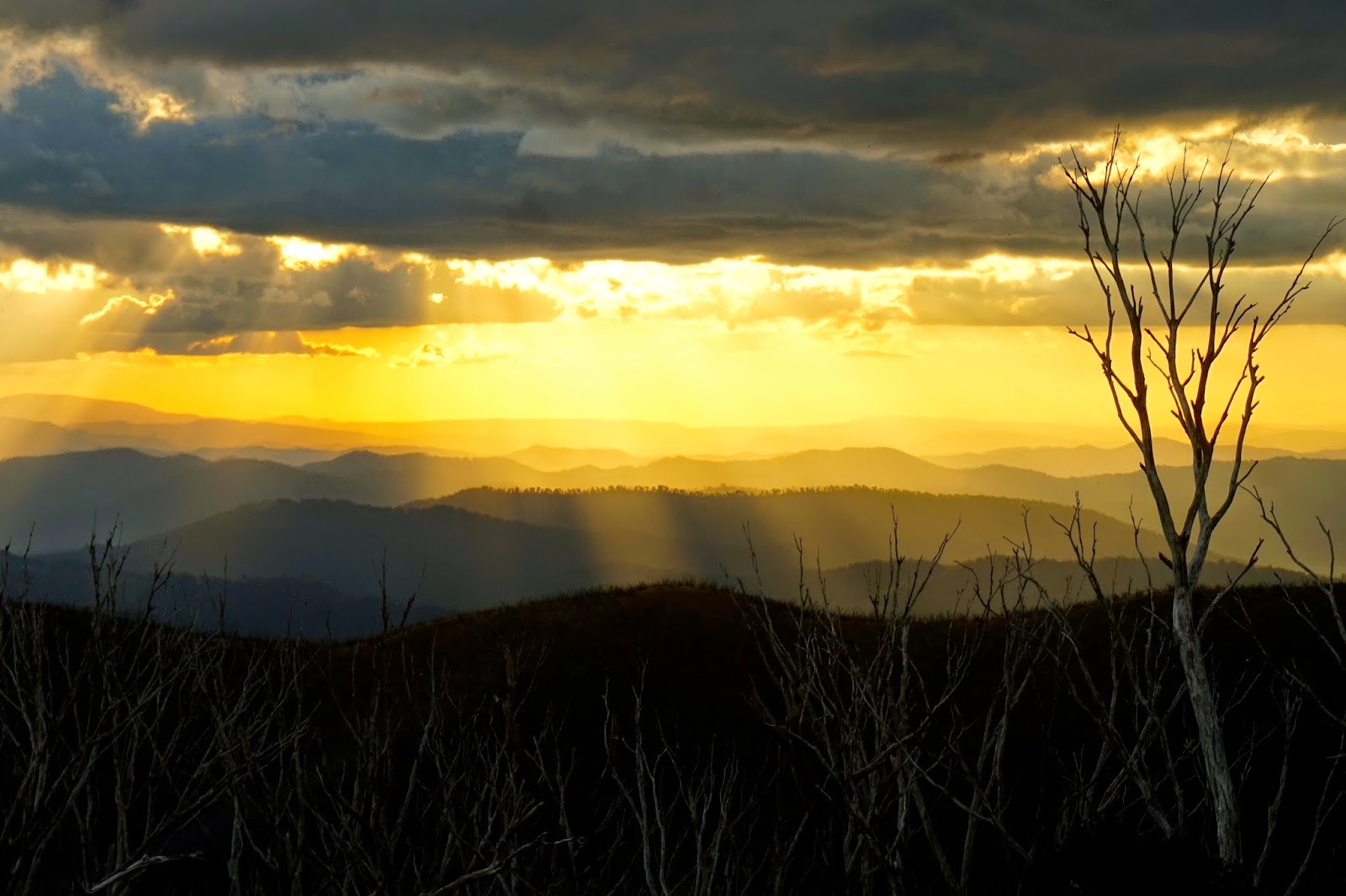 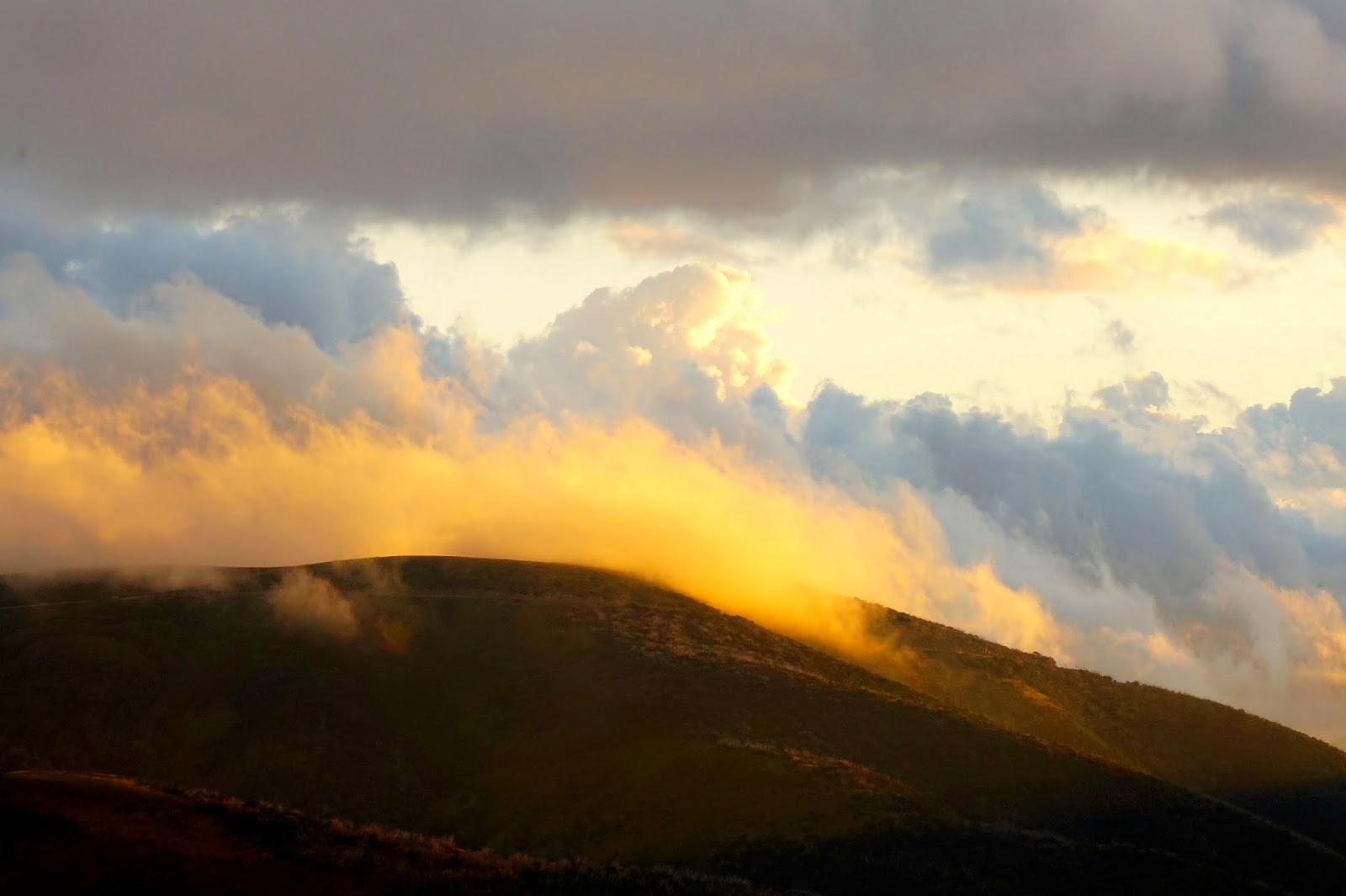 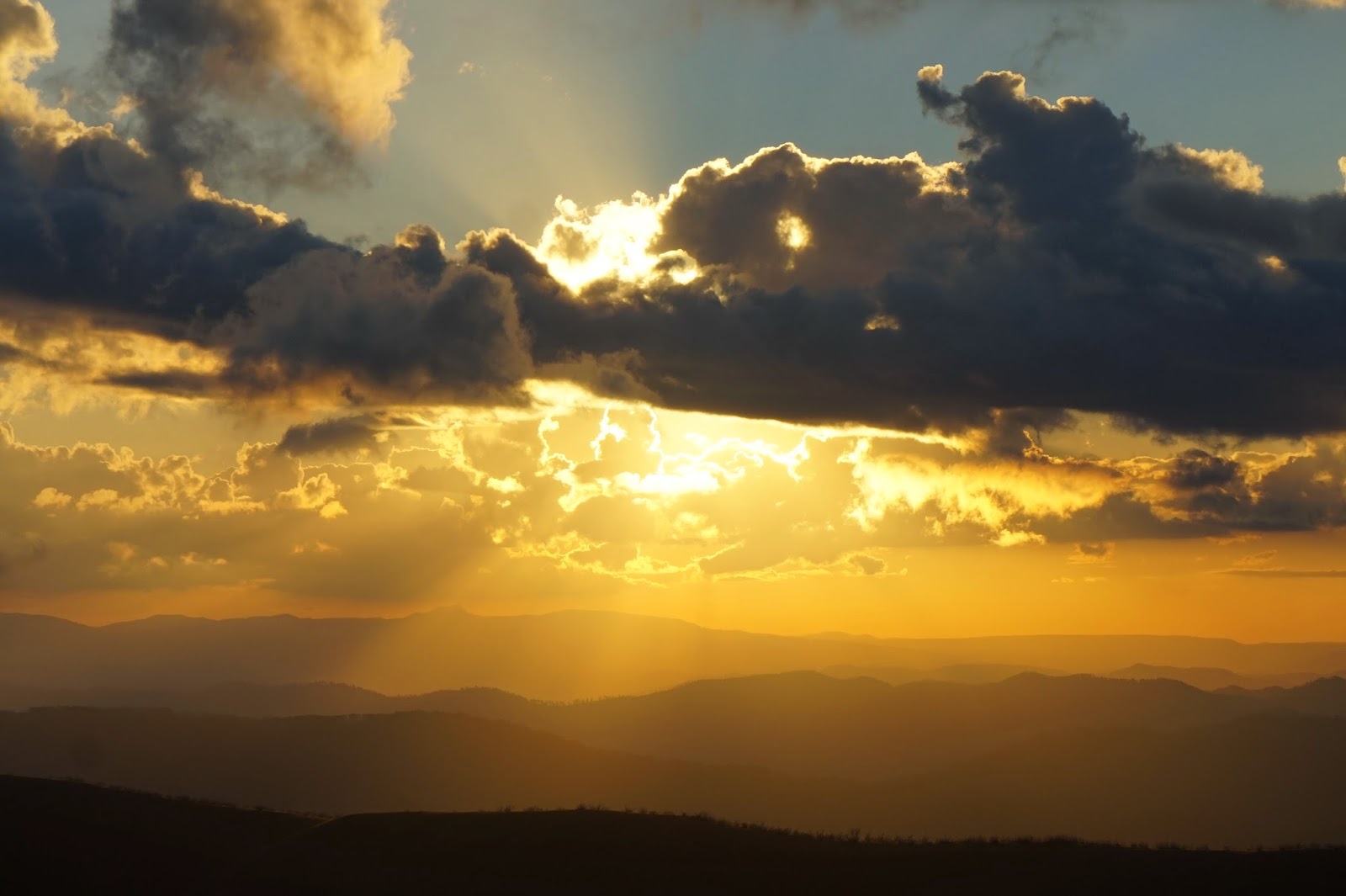 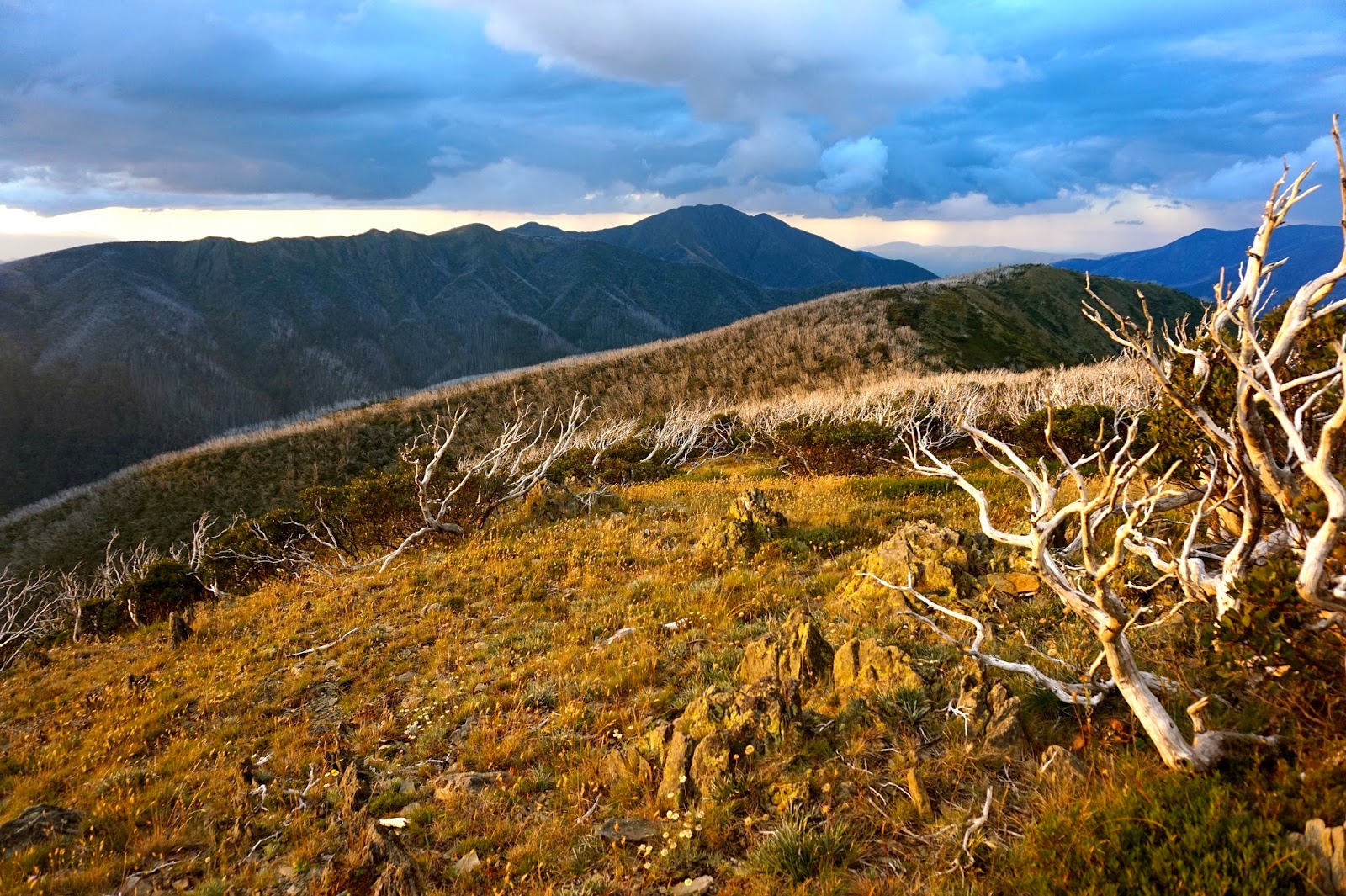 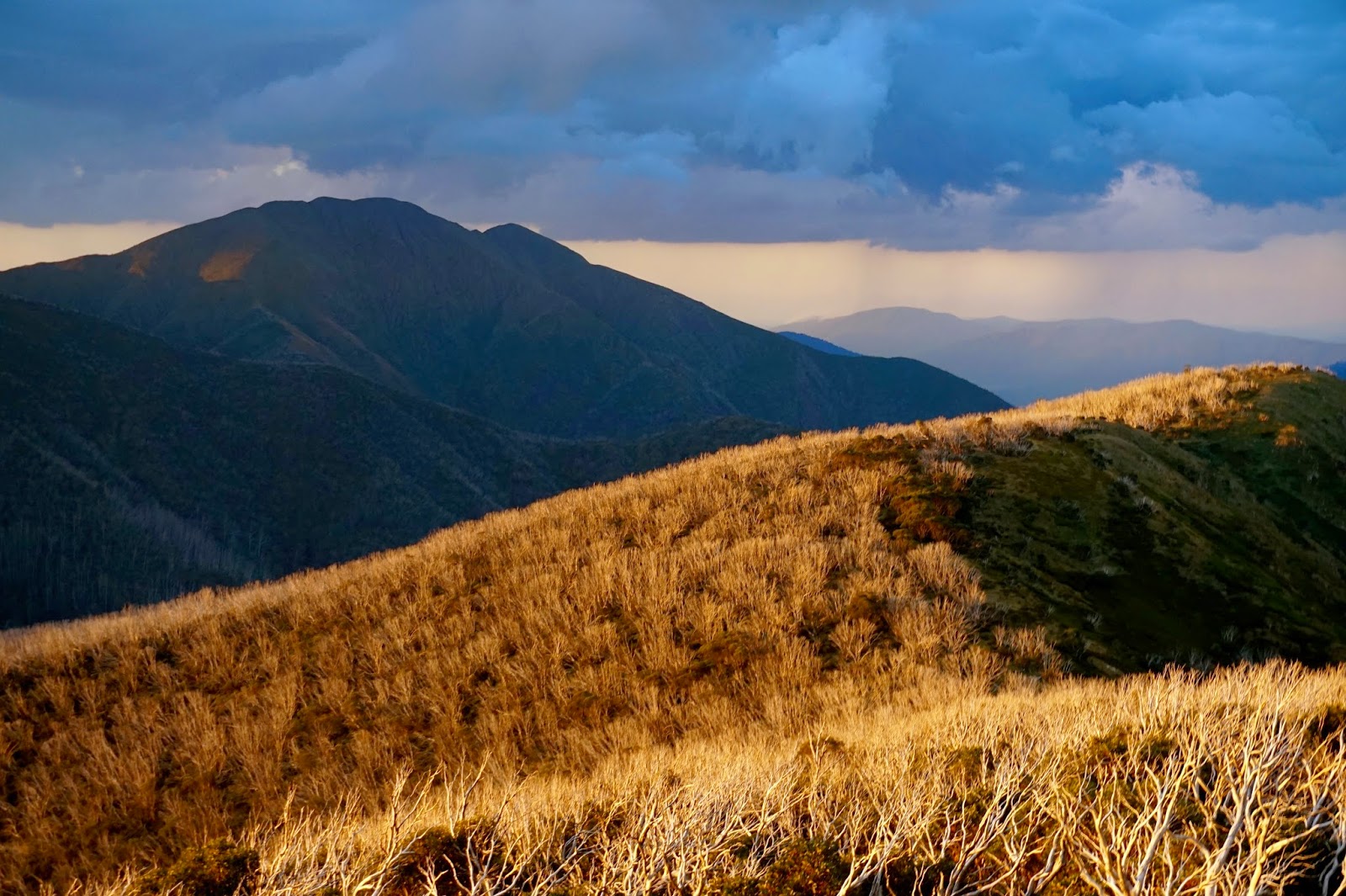 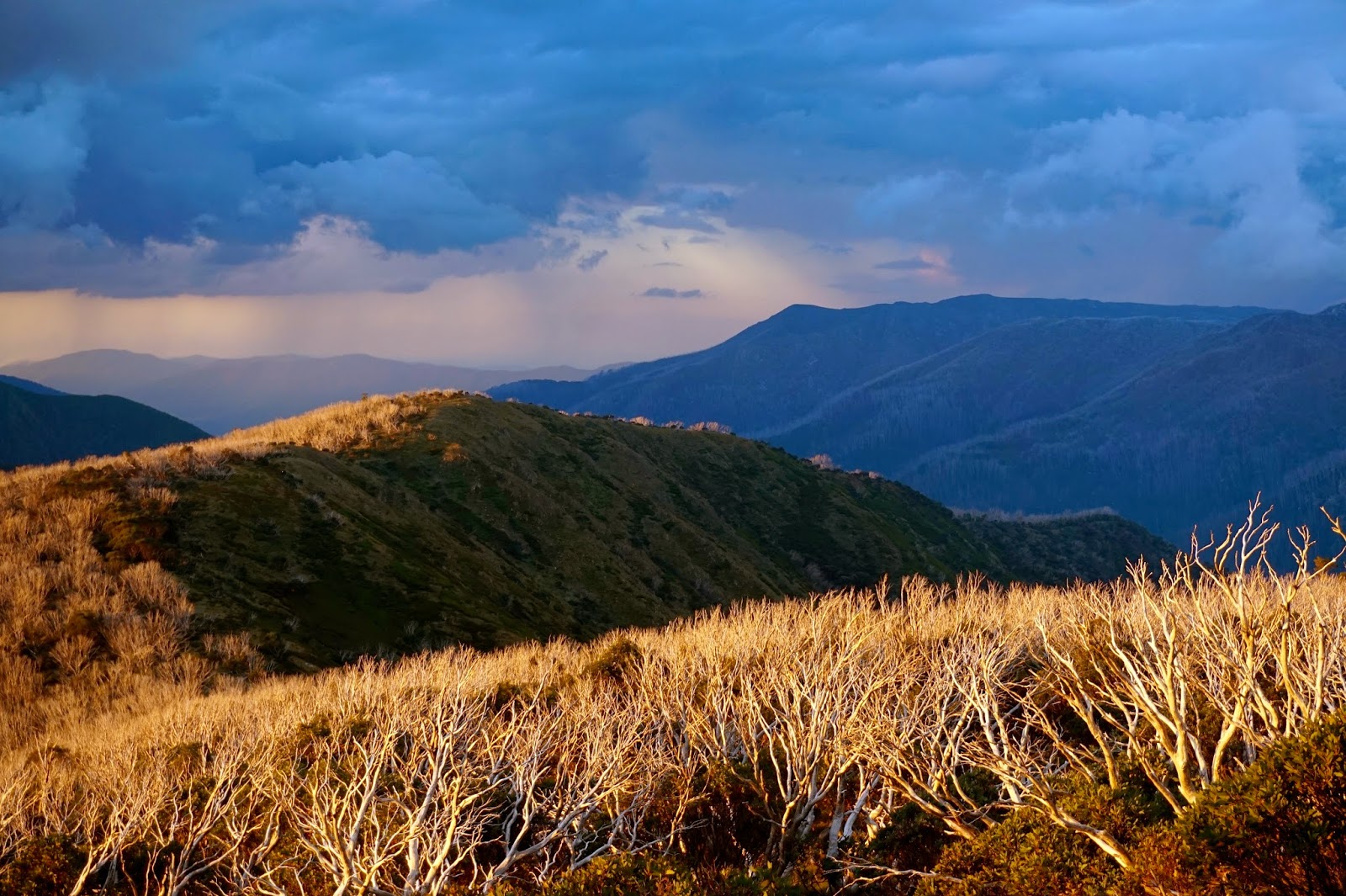 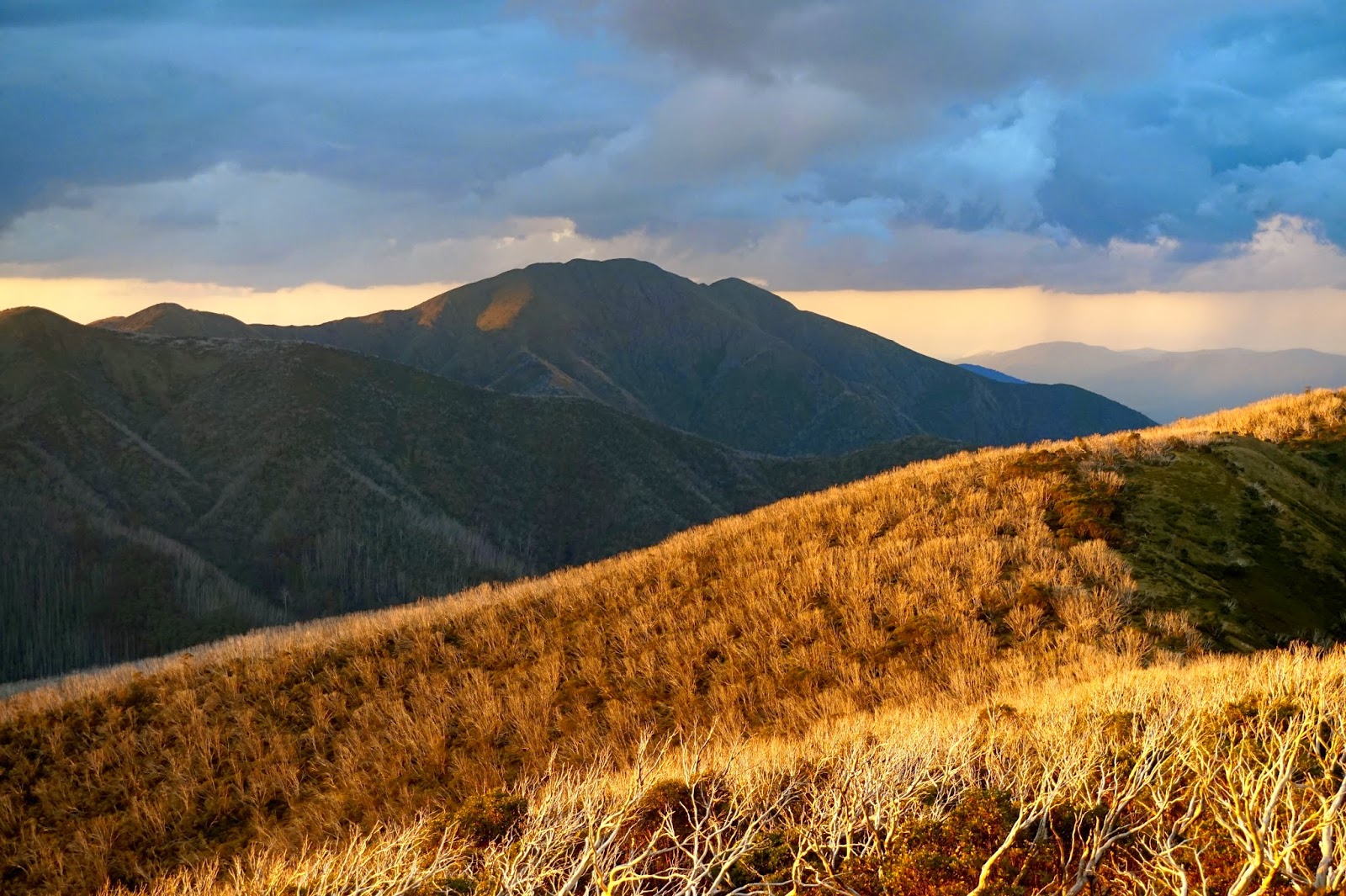 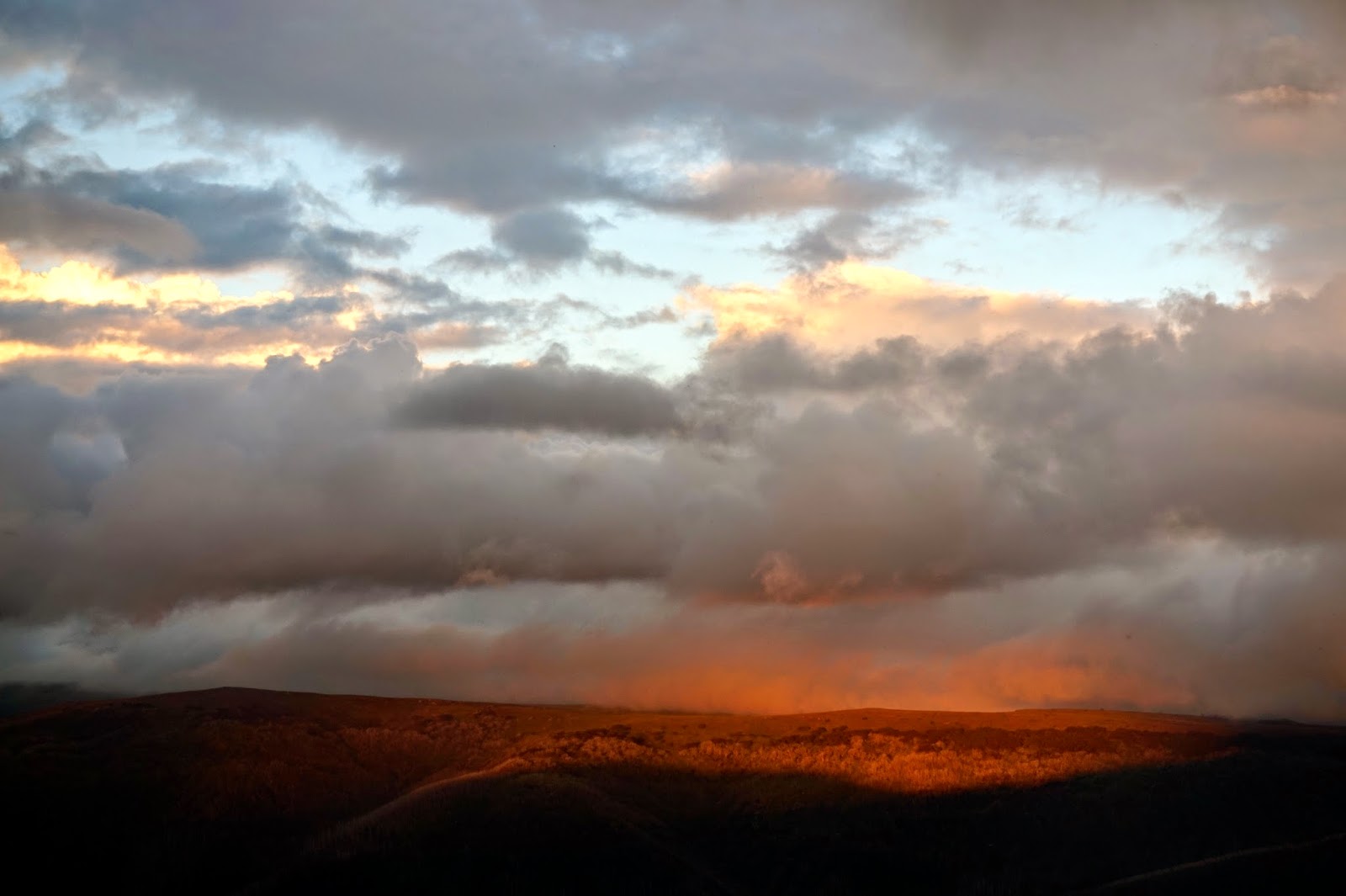 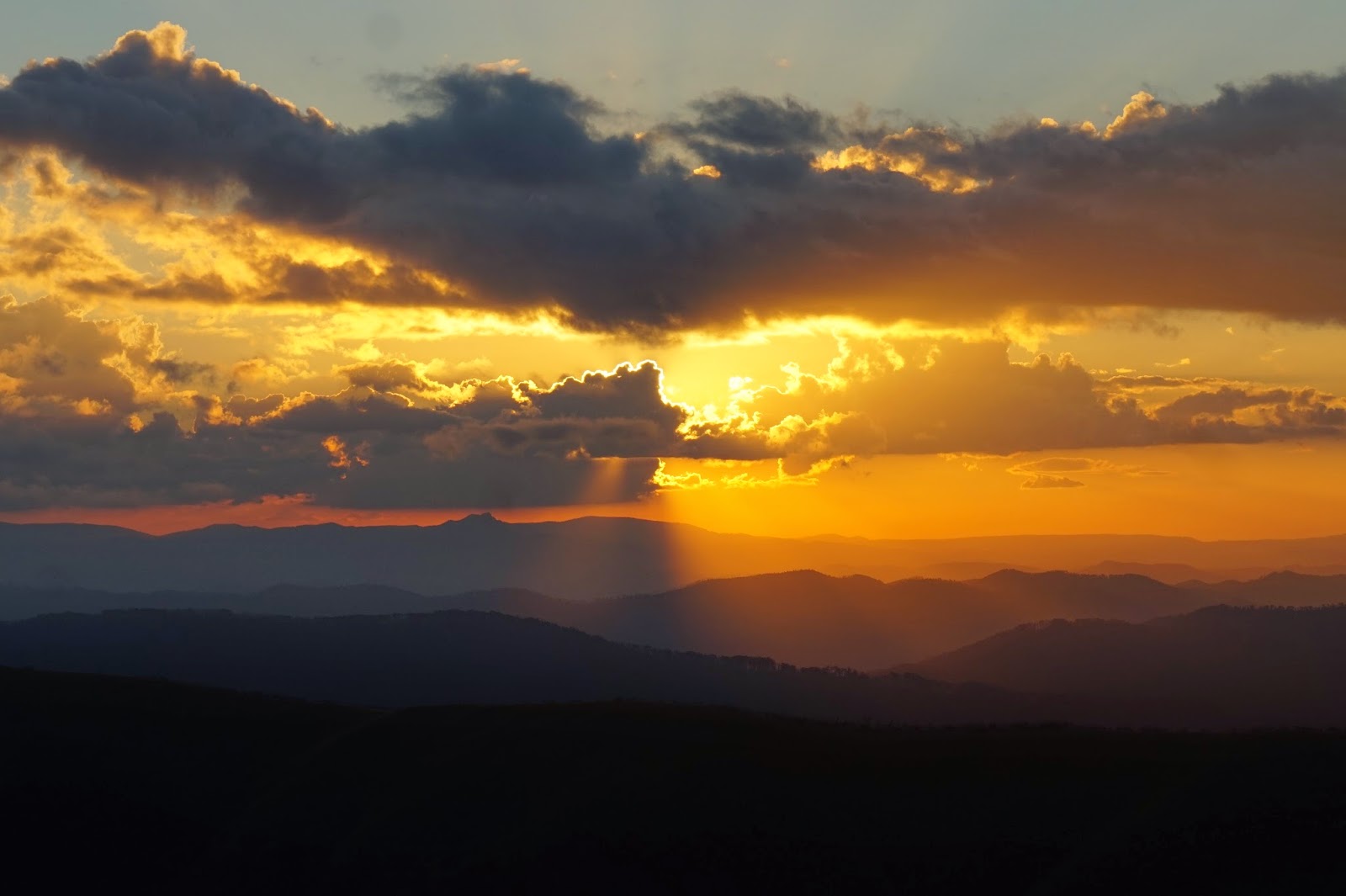 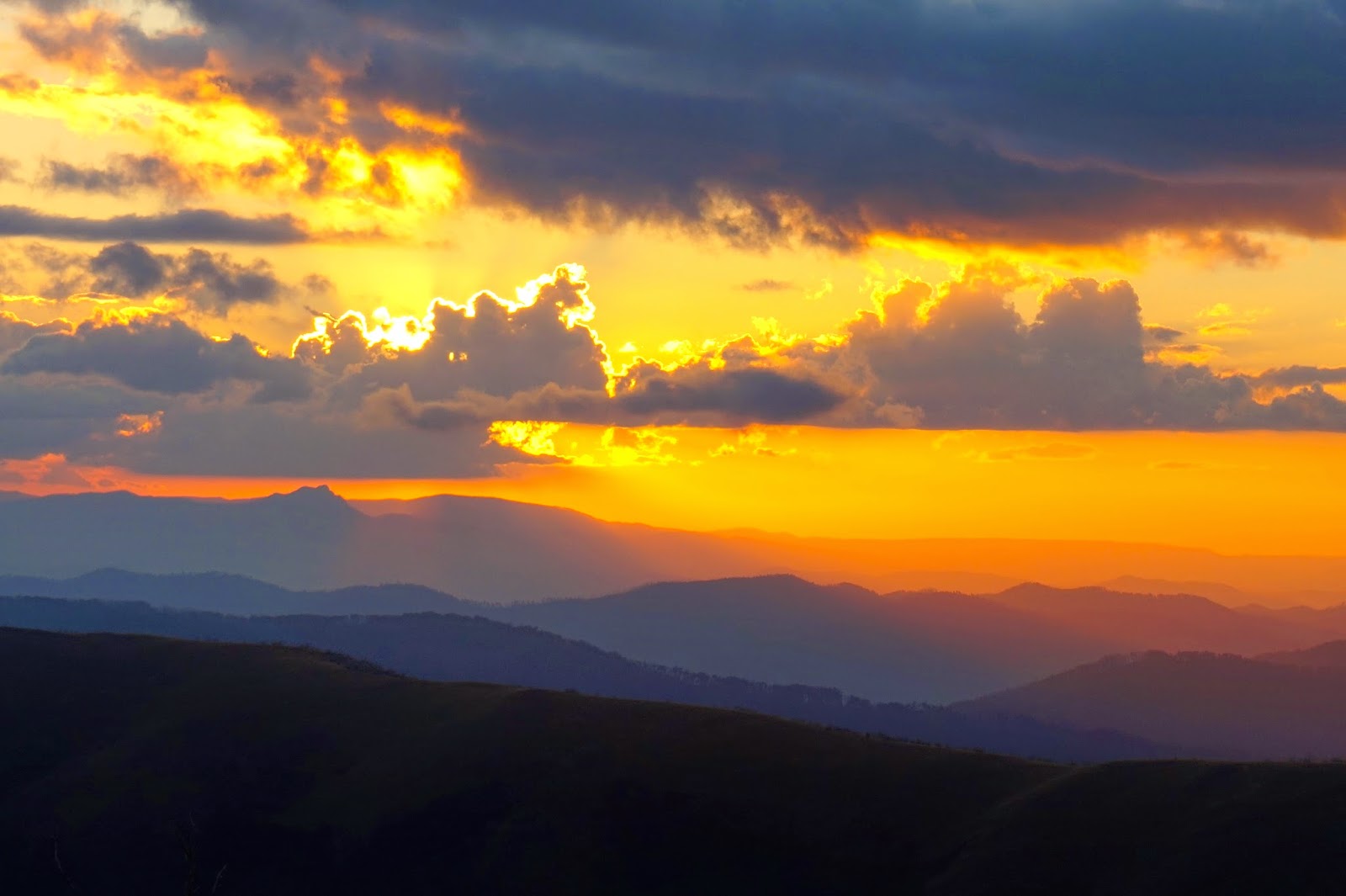 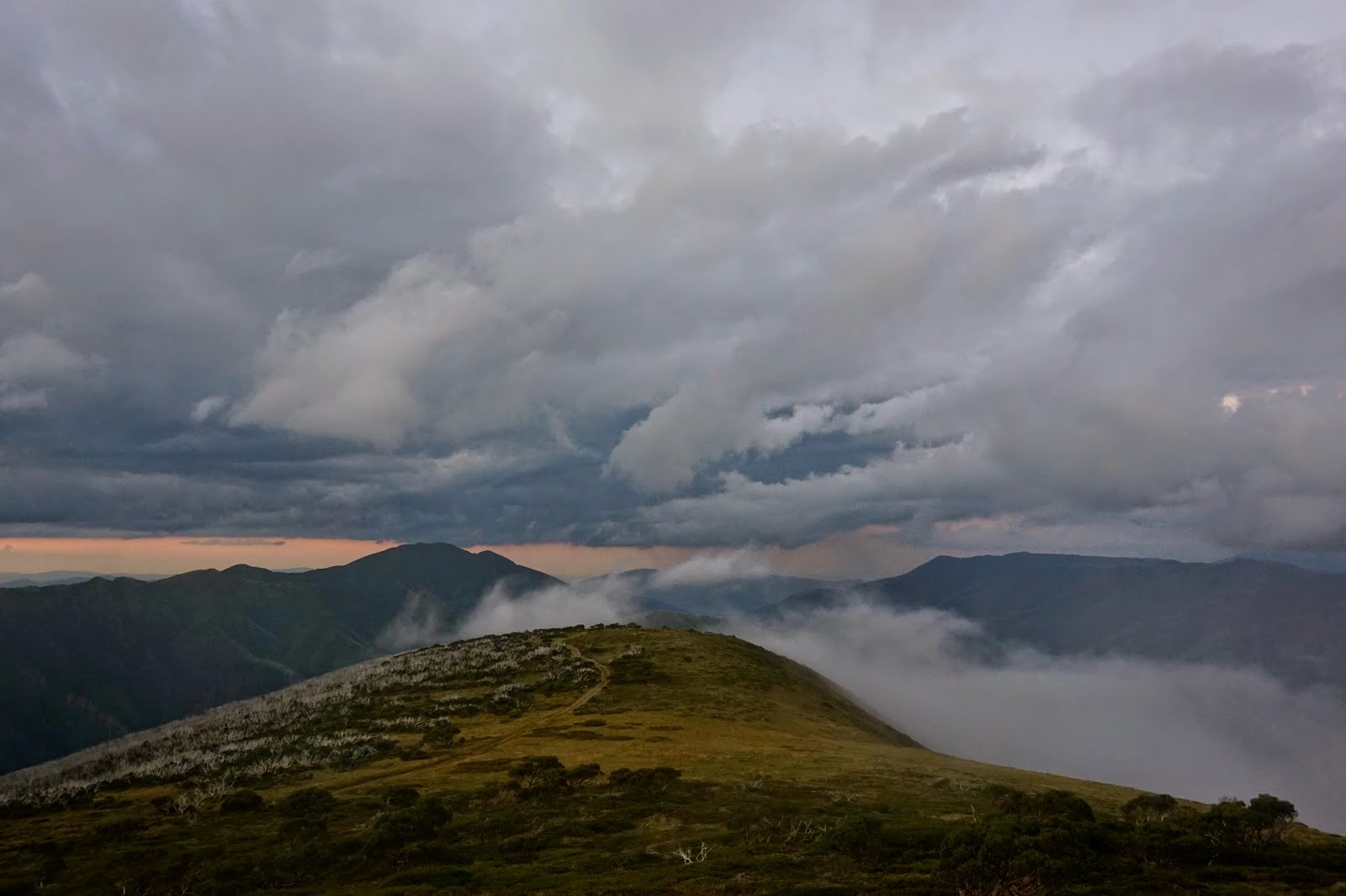 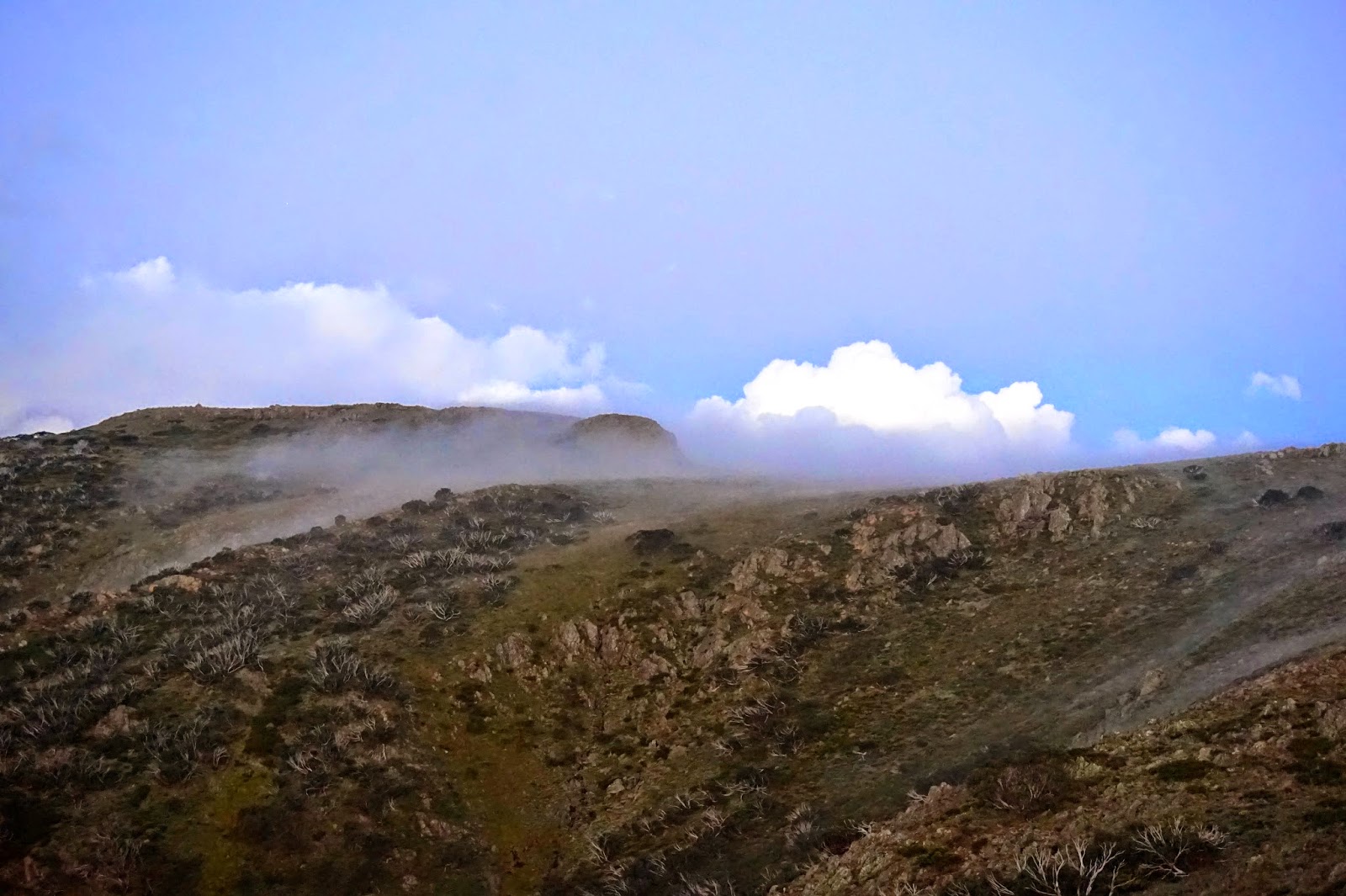