The last couple of weeks have been a bit nuts.
I tore a meniscus on the Monday before Marie-Laure returned from Bali, after which she promptly came down with ghastly fevers, rigors and meningism which knocked her flat.
This was swiftly followed on Tuesday by a call from a distressed ultrasonographer who was with mum. She'd just found some disturbing pictures suggestive of ovarian cancer and thought it best that I get the ball rolling with an oncology/surgical review.
Marie-Laure's illness wasn't improving by the weekend which meant that she wouldn't be able to fly to Adelaide with us for Em's birthday/Mother's Day.
Although we were all a little glum, we at least had some superb autumn weather in Radelaide and got to watch Sam play a stellar game of footy before a lovely afternoon in McLaren Vale, followed by a lovely meal at Em's. The kids had a great time catching up with cousins, and despite sore knees there was lots of leather kicked. Balti (when not cross-dressing) is improving his footy skills, and even managed to nab his first goal at Auskick last weekend.
When we got back to Melbourne Marie-Laure was still crook, and had developed a rash fairly pathognomic for Dengue, which was later confirmed on serology. With platelets in her boots and a couple weeks off work, she was one sick chicken. She's subsequently made a good recovery, aided by an awesome hot date staying and eating overnight at Brae last Friday.
Fortunately mum's problem hadn't spread on scan, and she had a major laparotomy last Monday from which she made a fairly good recovery allowing her to get home for the weekend.
Em flew over on the Thursday to take over the nursing reigns, and we had some nice family gatherings over the weekend before bad weather caused her flight to be delayed.
Mum will do as well as possible through a special family and network of friends who all love her dearly. We will all continue to cherish our time together for many years yet! 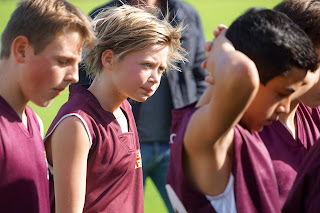 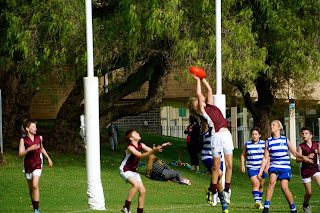 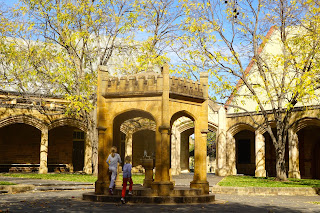 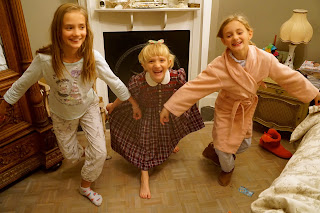 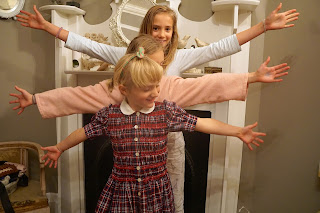 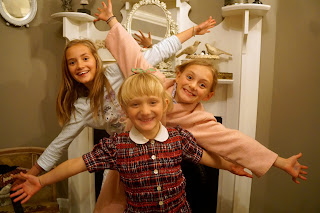 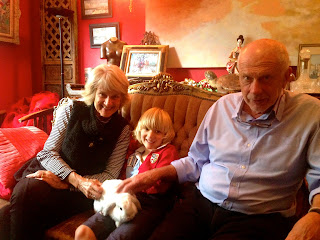 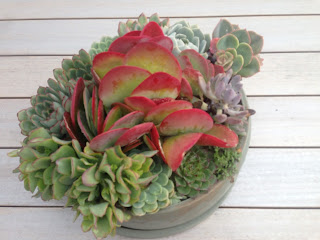 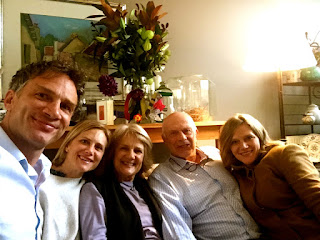 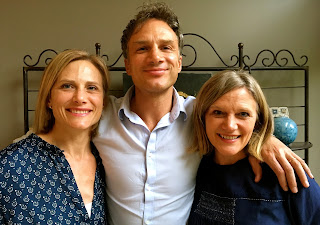