This season is certainly rewarding the extra altitude and topography of Hotham over the other Victorian resorts. An extra 15cm of fresh was still falling as I got up late Thursday night, finally conceding to chains as the car struggled up CRB Hill.
Whilst not powder by any definition, the snow was silky smooth under a pair of DPS 99 Wailers which I'd got a hold of to see what all of the fuss is about (they really are that good!)
Met up with Pete on Friday morning and we did loops, getting freshies on Gotcha, the Chute and then Coles twice. I went back to the club for lunch and then we headed out the back and got a primo run down Dargo. Skinned up and then got more first tracks down Gallows and didn't have to wait too long before hitching a ride up to the high point of the GAW at The Cross. With the sun making sporadic appearances, we dropped down into the upper north facing Diamantina bowls and ridges. It was so good we did another 2 before heading back to Zirks via the summit for a backcountry beer.
Risking a hefty fine, I brought the car up (I'm pretty sure that they do the rounds after 0600) and tried to get a decent sleep among the usual club lodge scourges of snorers, babies wailing, partying and the effects of red wine at altitude.  I woke at 5 a.m. and was disappointed to see no stars and a heavy mist.
The aim was to get out to Feathertop under a certain time which I won't mention because it turned out to be so absurd, so wildly fanciful and retrospectively idiotic.
There were indications of the weather clearing as I got to Bon Accord, but then things closed in again and the lowlands were pretty hard going with a rutted icy track, poor cover, fallen logs and regrowth. The Fritschi and pattern base (RossiBC125) combo is the only way to go for AT on the RB - I didn't use skins all day, and most of my transitions were on the move.
The clouds started to clear as I climbed up towards Twin Knobs with some dramatic effects of light and shadow, including a rainbow silhouette of my nut, which kept following me - and then quite suddenly the clouds lifted completely to reveal Feather in all her splendour. It was like opera.
The summit was a fairly easy climb without crampons, and the cornice was pretty solid with an easy passage onto the SE ridge which was my original plan. There was a strong breeze though from the SE which had deposited a couple of inches of windrift down the West Face, and so I decided to go west.
The summit cornice is spectacular at the moment like some sculpted sorbet from Brunetti's - it could be anywhere in the French Alps.
The West Face was bloody epic with the sun behind me and big shadows of rooster plumes with every turn. Skinned back up to the saddle over significant avalanche debris and then dropped a nice little line into one of the SE gullies. Climbing out, I actually bumped into another human being - Jack, with his very sophisticated split board.
I took another line down the gentle gully off the north of Molly Hill, and then climbed up to meet up with Jack for a last line down the awesome south face of Molly. As the weather started to come in again, we ate some lunch down in the gully and had a chat over a vista for kings. Jack was going to try for the Summit, and I had to get back to the car at Diamantina Hut.
The slog home was boring and tedious with visibility down to my ski tips. At one point near the Big Dipper, I got terrible vertigo and was ultimately relieved to see the GAW again.
Surely the best day trip in Victoria - 24km, with 1500m climbing according to my GPS. 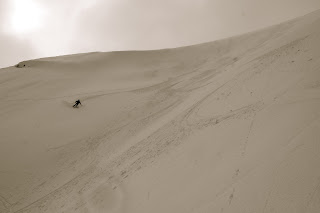 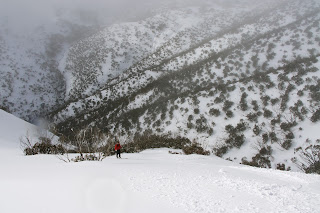 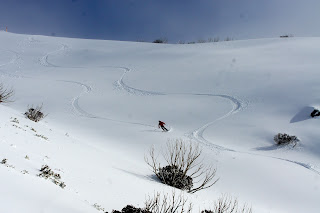 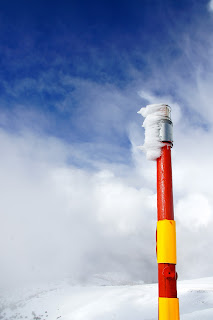 Keep left of the poles (if on skis) 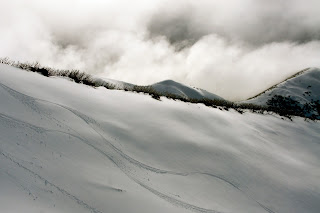 Our 4th and final line, RB in background 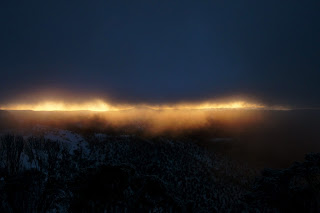 Dawn on the Razorback, Saturday 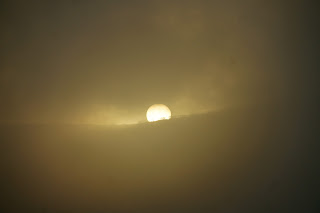 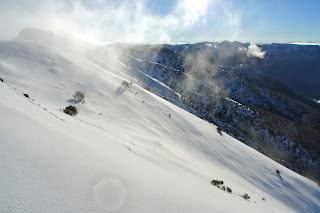 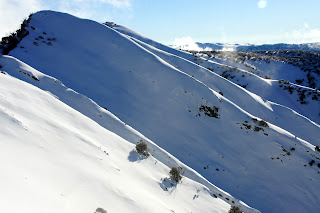 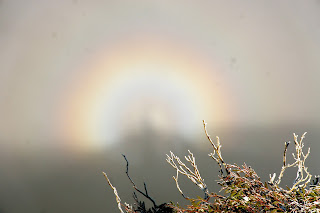 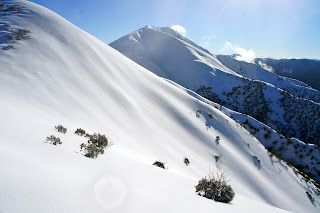 The Big Girl suddenly came in to view! 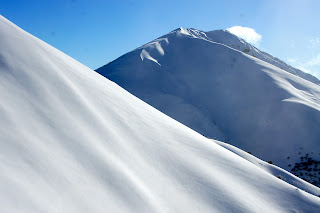 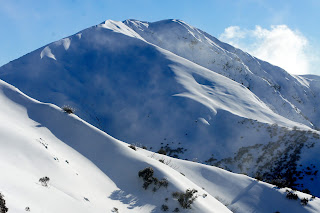 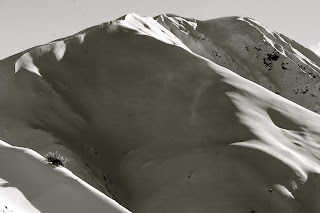 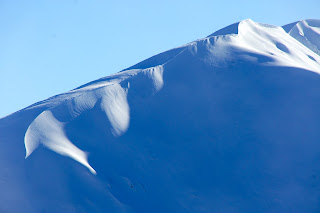 The cornice was razor sharp 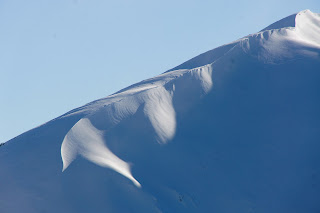 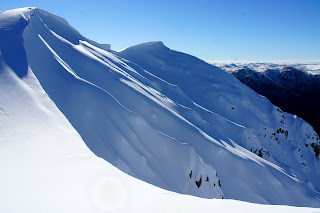 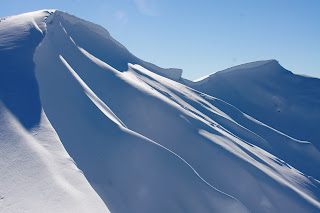 In fact the cornice was pretty rock solid, but you always keep your distance! 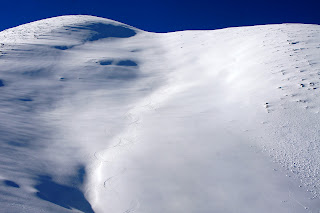 Wind had deposited 2 inches of light snow on the west face, so I bombed it 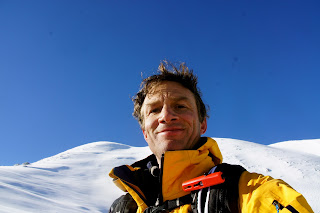 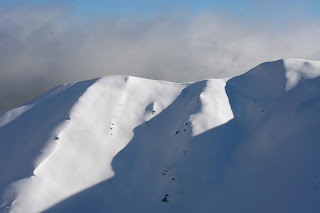 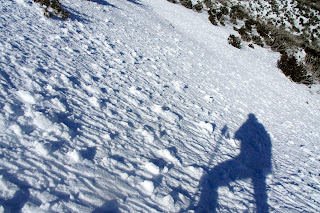 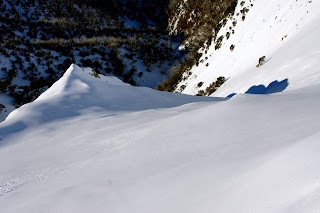 My second line down into upper Feathertop Creek 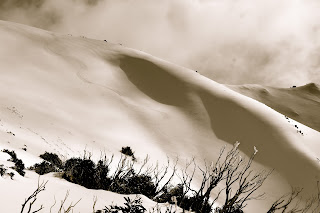 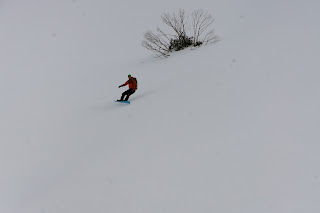 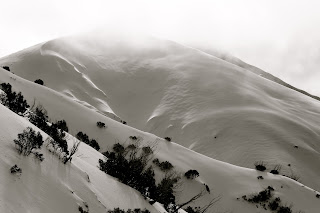 We had lunch down in the gully as the weather began to move in again
Posted by Mike Garrett at 23:11