For our tenth wedding anniversary, my wife wanted to go somewhere warm. So I took her to Tassy. When she saw the big orange P&O liner, I think she even got her hopes up - at least until she saw the French sister ship next to it which stated quite categorically its' destination. At least I had concrete evidence there were colder places.
I'm not sure if there's any tin or aluminium involved, but her 10th wedding anniversary gift was a pair of Vectors. Unfortunately last week was too busy for me to mount them with Eagles, and then the weather turned bad anyway so we left the skis in Melbourne.
We went to MONA, Salamanca, and ate and drank lots. Tassy is really pretty special. On Sunday I was hoping to climb Mt Anne in honour (?!) of both our mother-in-laws, however the weather was crap and we didn't pack crampons or anything remotely alpine. So we drove up to Mt Field instead and enjoyed a magical day tramping through the snow in inadequate footwear without a map, but with lots of apples and smelly cheese. Figuring things would be well signposted (they were), we headed off in marginal weather in an attempt to do the Lake Webster circuit. We got to Twilight Tarn, had some lunch and decided to turn back as our feet were sodden and we were running out of daylight. There was more bad weather coming in, the tops were still in cloud, and it was slow going through the foot of new snow.
The Tarns were all frozen at altitude, and the Taswegian alpine flora is exquisite. The alpine banksia, pencil pines, pandani, fagus and other unusual alpine species almost make it an  otherworldly experience, and ski-touring here in good weather would be remarkable.
I have often thought about an indulgent day trip to Mt Field and how it would be quicker from Melbourne than one to Hotham. One day when the conditions are right - maybe for our twentieth... 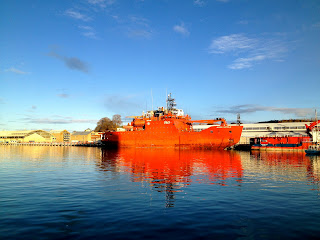 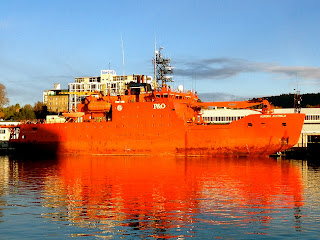 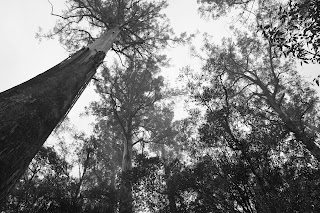 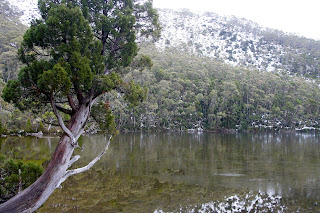 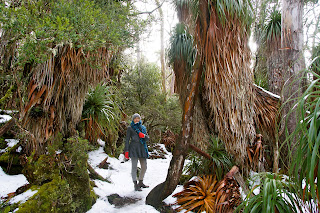 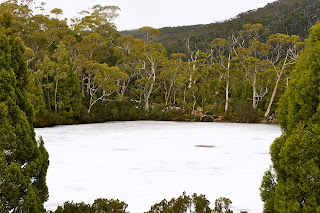 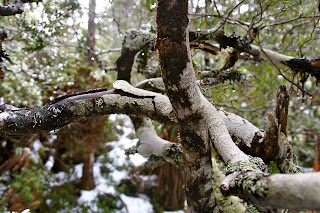 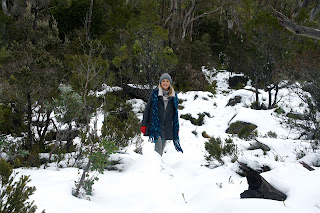 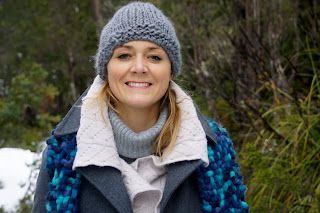 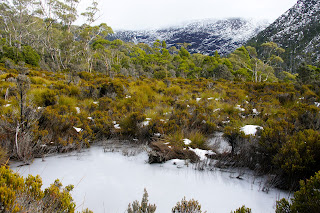 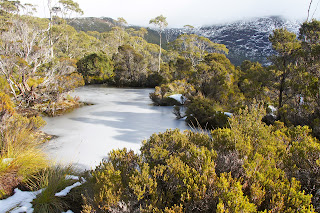 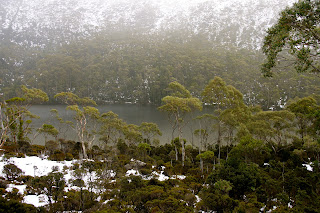 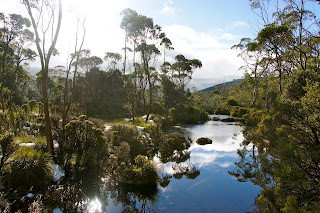 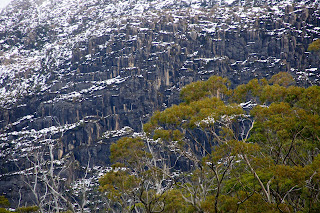 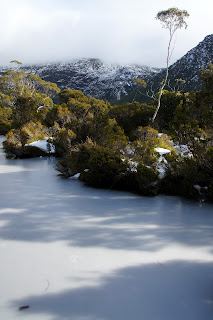 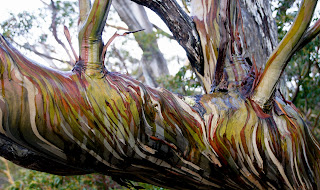 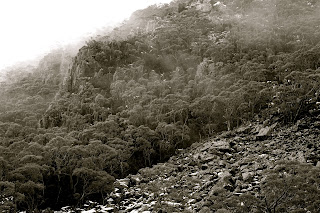 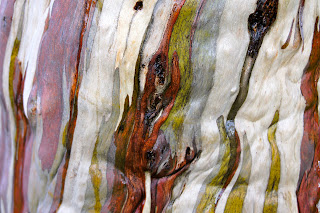 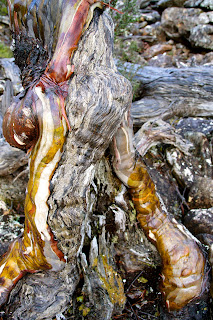 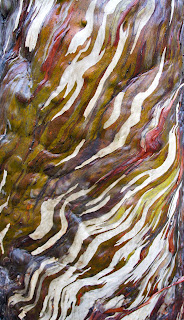 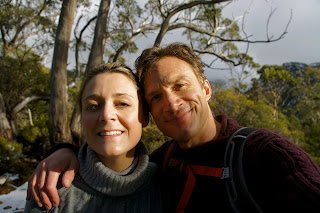