Whilst climbing out of Oz Drift Sunday arvo, I had a sudden intuition (which unfortunately turned out to be true) that I was actually supposed to be working the next morning. It was a major stuff up, but, good sport that Darbs is, he drove me all the way back to Melbourne, and then back to Hotham the same day. Climbing up past the Meg Monday evening, I remarked how the clouds and light felt very snowy, even though snow wasn't forecast. Ten minutes later it was puking and by the Corral, there was ten centimetres on the road and cars stuck everywhere.
The next morning we woke to a cold, crisp, bluebird day with up to 15cm of fresh drifted powder in places. It was like mid-winter, only no chairs on the cables, no people and absolute silence. With the whole mountain to ourselves, we felt like kids in a lolly shop.
The Loch car-park was desolate as we booted up for first tracks down Imagine in ankle deep fluff. Then another down Race Gully and then a final down the Cornice and Lower Imagine. It sure felt weird skinning up a Snake Gully without a solitary punter.
Then over to Avalanche Gully which was looking sublime. I had two lines right down to 1500 before another skiing the ridge, which included a ripping stack after air off the lip.
A couple of tourists, Clive and June from Townsville, got the lot on a camera with a tele-lens so we asked them back to the chalet for lunch with us.
In the afternoon we drove up to The Cross and skated over to the summit before dropping successive lines into the gullies and chutes of Dargo Bowl, linking all the way around eventually to an exhausted last drop in to Gallows.
Our hopes for a hitch were high, but traffic this time of year is light and we ended up walking the 3 km back to the Cross.
A cracking day to end the season! (Check the link here for some footage)
http://www.youtube.com/watch?v=q1lKe4eu7fw&feature=youtu.be 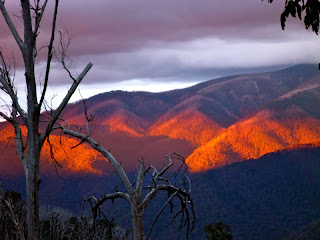 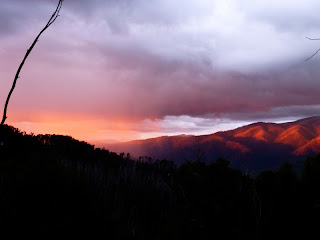 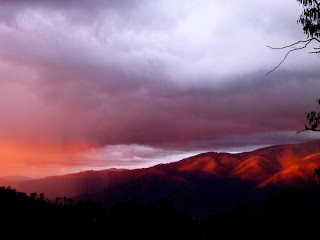 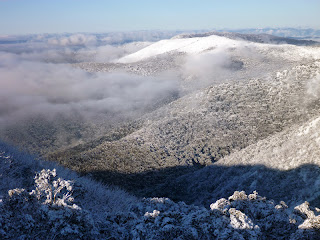 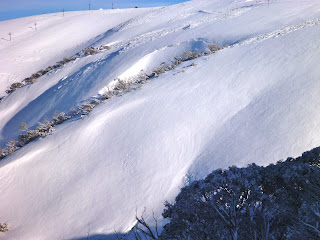 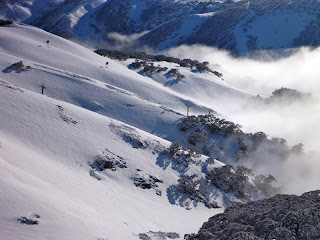 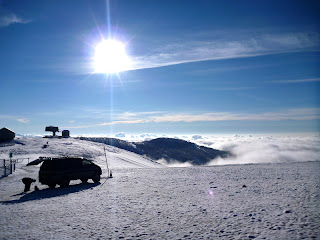 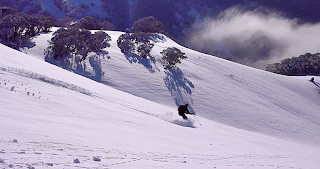 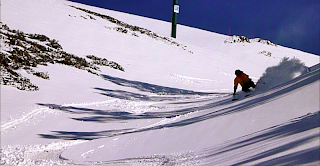 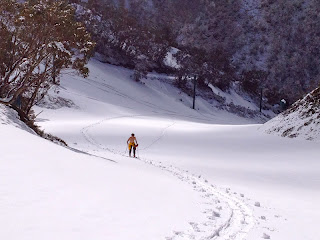 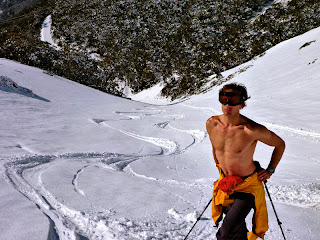 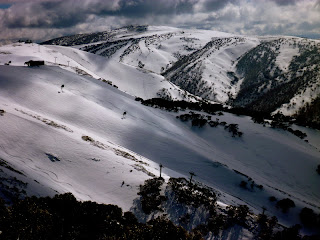 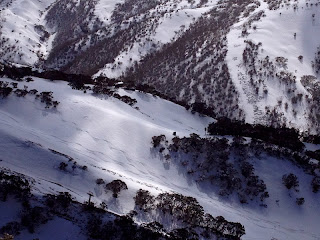 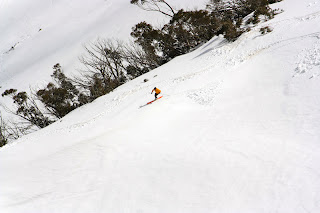 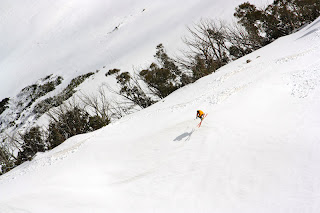 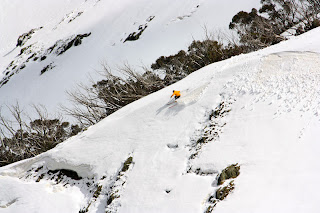 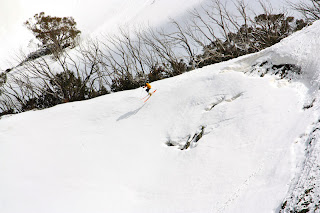 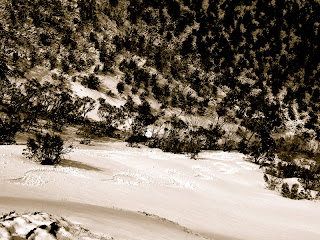 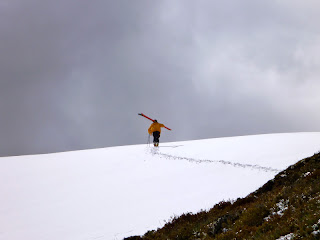 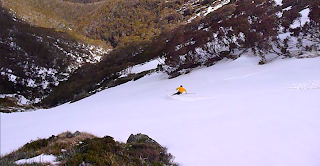 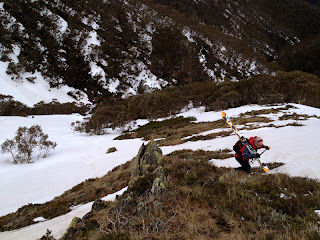 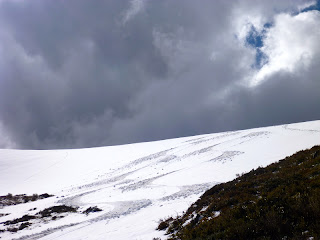 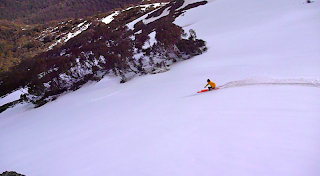 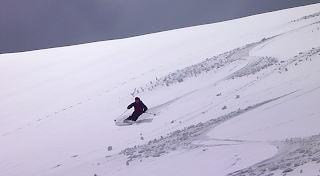 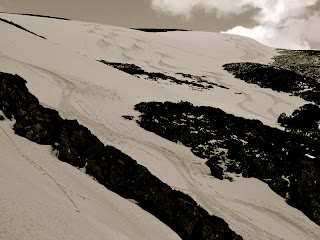 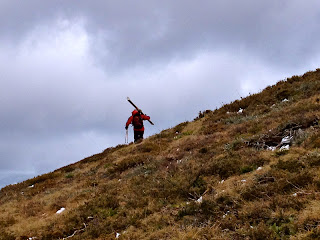