I first passed through this area with my dad as a kid. Not long after, I bought a 1:50000 1975 survey Suggan Buggan topo which I have dragged out of the cupboard nearly every year since. I also remember an early article in Wild magazine about a solo ski tour across the Cobberas Plateau that I have since lost and is irretrievable, but which made an impression. Cobberas #1 is only a few metres short of Hotham, and the entire Plateau is the second highest in Victoria. It also the most remote, and one of the last great areas of Victorian wilderness. With rivers draining from it into three different states, the fishing isn't bad either, although snow is perhaps limited by a rain shadow effect.
Darbs and I were pretty knackered after some massive vertical the day before so we got off to a late start, and we had to be back in Melbourne that evening. The Cobberas Track is seasonally closed and starts after a very picturesque hour and a half's drive from Hotham.
A Cobberas day trip was possibly ambitious, but we set off on our mountain bikes at about 11 for the 6km to the Playgrounds, which is surely one of the more beautiful alpine campsites on the continent. We struggled for a couple of hours to find any trail up the south-east aspect of the mountain which whilst topped with snow, had no discernible lines for skiing. After the Blue Rag Range experience the previous Saturday, we felt vindicated for not having carried in our skis.
Eventually a brumby with serious gastrointestinal issues led us to the trail-head and we found our first marker. Successive markers proved more challenging to locate, with brumby tracks often creating false leads. Many markers had either fallen off or come down with trees felled by a heavy winter.
Eventually Darbs' knee started to hurt. We were running out of time, and uncertain of the path. We had a late lunch at 1500m, and I had a quick dash up to 1600m where I successfully located and logged the upper trail with clear views to the summit, still a couple of km away.
I will have no trouble retracing the path next time, and whilst a day trip from Hotham is certainly possible (especially in summer when the track is open), an overnighter to watch the sunrise over the Main Range is certainly a better option.
We had a ritual end-of-season cleansing in the Buchan on the way home, which was Buchan cold. Meanwhile, storm clouds were brewing for the next October snowstorm... 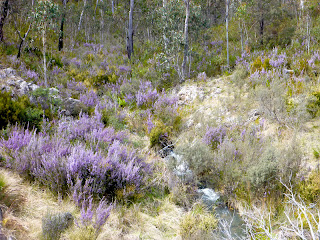 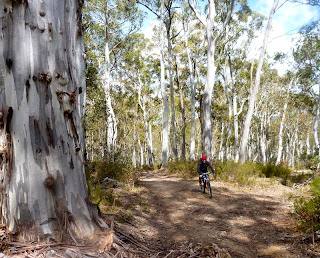 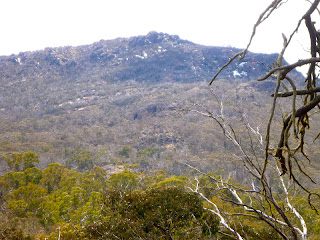 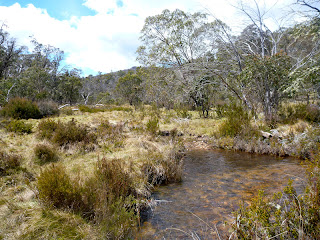 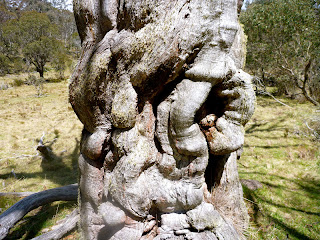 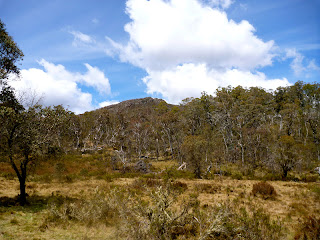 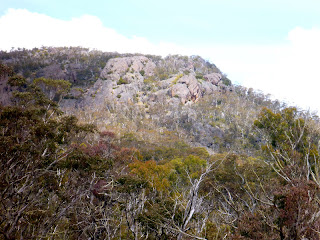 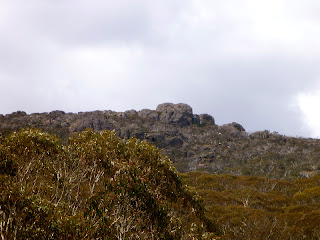 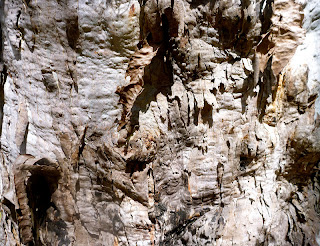 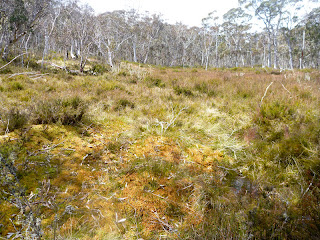 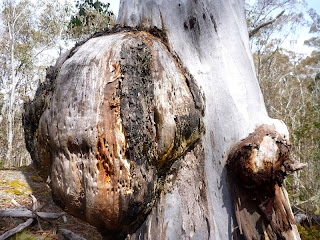 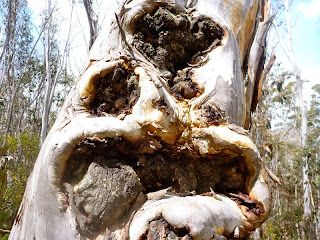 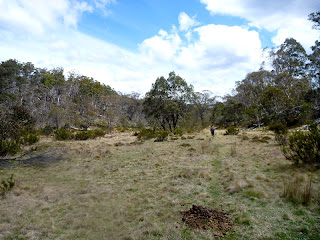 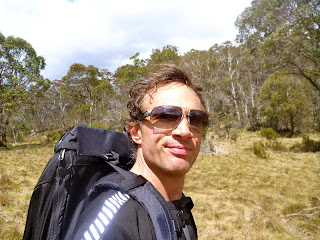 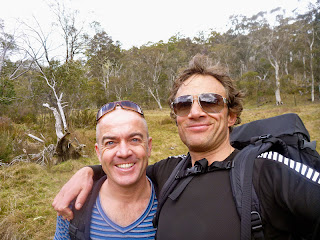 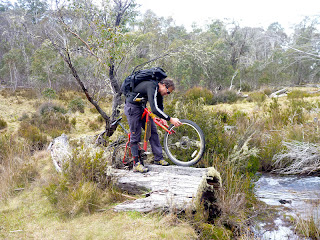 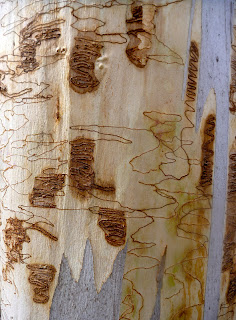 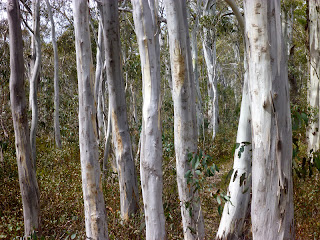 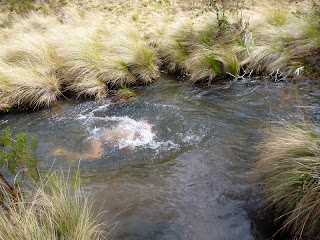 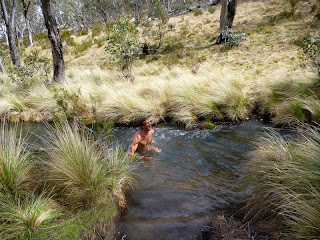