Last year, Graeme and I had pencilled in a September man-date to the Blue Rag Range.
Visible from just about anywhere on Hotham, the Blue Rag sticks up like a red rag to a bull from the Barry Mountains between Hotham and Buller as a long ridge running east west. The heavily wooded northern faces visible from the chairlifts bely a host of south facing bowls, chutes and couloirs - and Graeme was, like me, certain that good snow would still be found there well after the season was over. The plan was to mountain-bike the 15km along the Dargo Road from St Bernard and camp out on the ridge for a few days picking off late September lines.
Without Graeme around to complete this goal, Hans, Morry, Darbs and I had envisaged a collegial pilgrimage this year out of respect and homage. On the High Route this April, we had discussed countless means of conquering 'The Rag': helicopters, sleigh dogs, bikes, skidoos and trail bikes had eventually given over to an honest attempt to ski the whole bloody way and conquer it honestly.
On the last weekend in June before they closed the road, Darbs and his dad had driven out and dropped off a sizeable cache of tents, food, equipment and beer, so making our packs lighter.
This season saw heavy snowfalls on the few weekends that some or all of us were free to complete the mission. With wading out through 15km of waist-deep snow a physical impossibility, this last Saturday finally saw a conjuncture of possibilities for Darbs and I to get the job done - a last ditch effort before the melt saw fit to the ending of another season's lost causes.
Unfortunately for us, the previous week had seen hot temperatures and winds with a crazy amount of snowmelt, followed by a predicted deluge of rain.
Undeterred, we headed up from Melbourne Saturday morning and parked the car at Wang Ski Club.
As we kitted up, a light rain began to fall... and then got heavier with each passing kilometre. A few times we thought about turning back, however we were still relatively warm and dry, with ample equipment for emergencies.
At the Blue Rag turn-off, 15km was starting to feel like a long way. The ups were taxing, and the downs slippery and chilly. However decent snowdrifts visible off the back of Mt Freezeout had given us cause to believe the goal still worthy.
The Blue Rag Track dips down to almost 1400m  before the long climb up to where the action is, and we had to push the bikes for much of it. By this stage we were starting to get really soaked, with the cold rain picking up tempo. Puddles were forming into lakes, and the mud was almost choking. My skis kept on clipping overhead branches, my cleats failing to release, and I came off my bike a few times. We had some lunch under a tree and pushed on up the ridge.
We had now decided to ski a single ceremonious line down the most choicest of lines before beating a hasty retreat back to the safety of decent lodgings. Setting up camp in this rain seemed futile, difficult and a little foolhardy.
And then, the moment we had been peddling for, as we topped out the first high alpine summit at 1700m, only to find...
Nothing.
Not a single patch of snow. Not even enough for a snowball.
A little disappointed after riding all that way, we continued along the ridge, arguing all kinds of crazy meteorological theories as we progressed up to the trig and continued to find few traces of snow.
From the summit trig, a couple of gullies still held enough snow to almost link a few turns, but that was it. Having slowed down to walking from a state of strenuous exercise, our bodies suddenly became wet and cold - and as the temperatures then proceeded to drop into sleet and then, finally, snow, our frowns of disappointment gave way to laughing. Call it the 'Buller Effect', or call it what you will, but the season had failed to deliver enough white goodness to the Blue Rag, and we had been duped.
As we beat a hasty retreat back to the Great Alpine Way, the heavens opened and it began puking snow. We were now cold, wet and a little scared as darkness began falling and riding became difficult.
In the final few kilometres, I was pretty spent. We kept up the spirit though, encouraging each other and  recalling powder days spent on the High Route.
This was a day tougher than any though, and we were reminded that you don't always get it easy in Oz.
The hot shower, a fire and a beer back at the chalet was ethereal bliss.


I like to think that Graeme was also laughing, but mostly at the fact that we know that we'll be back... 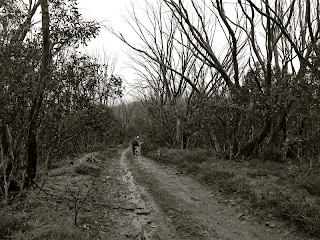 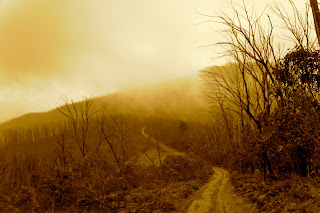 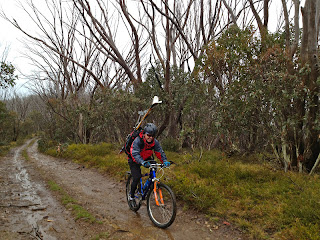 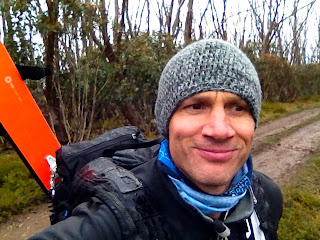 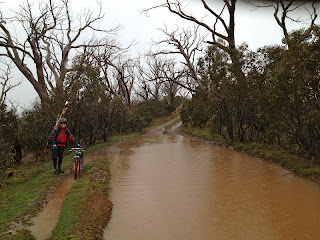 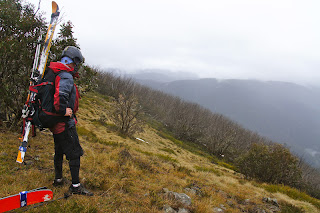 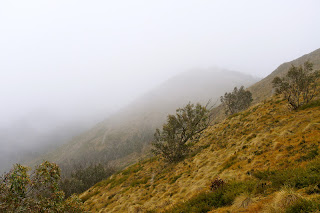 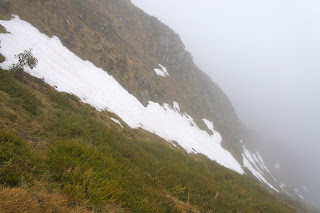 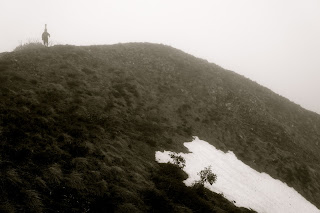 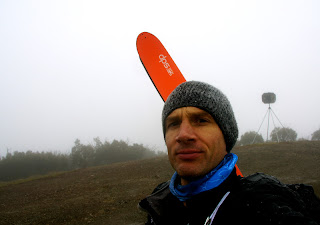 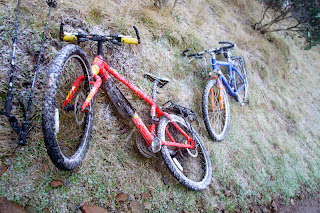 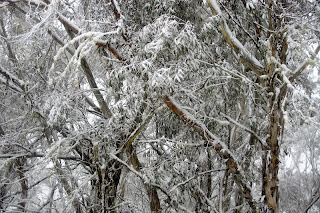 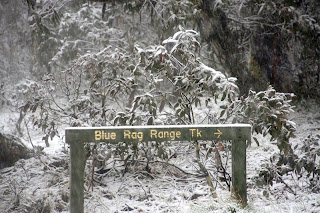 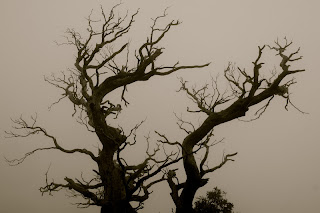 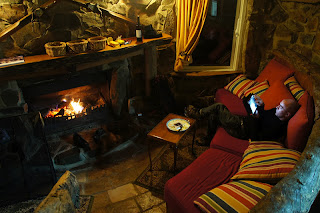