I arrived in Chamonix yesterday after taking the overnight sleeper train from Lille, with a few hours in Paris for dinner. The weather was pretty bleak, and there was a foot of fresh in town. I decided to take a four-hour ticket up to Brevent, which I'd never skied before and which at least had trees for poor visibility. To be honest, it was all a bit ho-hum until they opened the cable car. The accessible off-piste was at a high risk for avalanches, and I hadn't brought either my beacon or airbag.
Then they opened the Brevent cable car, and things got better. Whilst most people seemed happy following the zig-zag goat trail back to the station, there were some glorious turns to be had in and around these loops, including a couple of very deep couloirs. Whilst mostly knee-deep, there were a few waist-deep smear-turns and the odd face-shot.
By late afternoon, the weather had started to lift across the valley, with patches of sunlight starting to illuminate the Aiguilles - and even the big fella itself. I got a bit of a rush seeing Mt Blanc for the first time since July when I was on top of it.
My ticket ran out, and I had no choice but to take the winding trail back down to Chamonix - only problem was that it was closed due to lack of snow, but I figured that it was only my ski bases that were going to suffer - nothing that petex and wax won't fill. As it was the trail was fine, and as the clouds lifted the views just continued to get better.
After a rest I took my camera along on my afternoon run, and the alpenglow put on a show that just kept on giving, reminding me again of just how mind-blowing these mountains are.
Have some guides booked for a few days this week so am hoping for some fine weather. 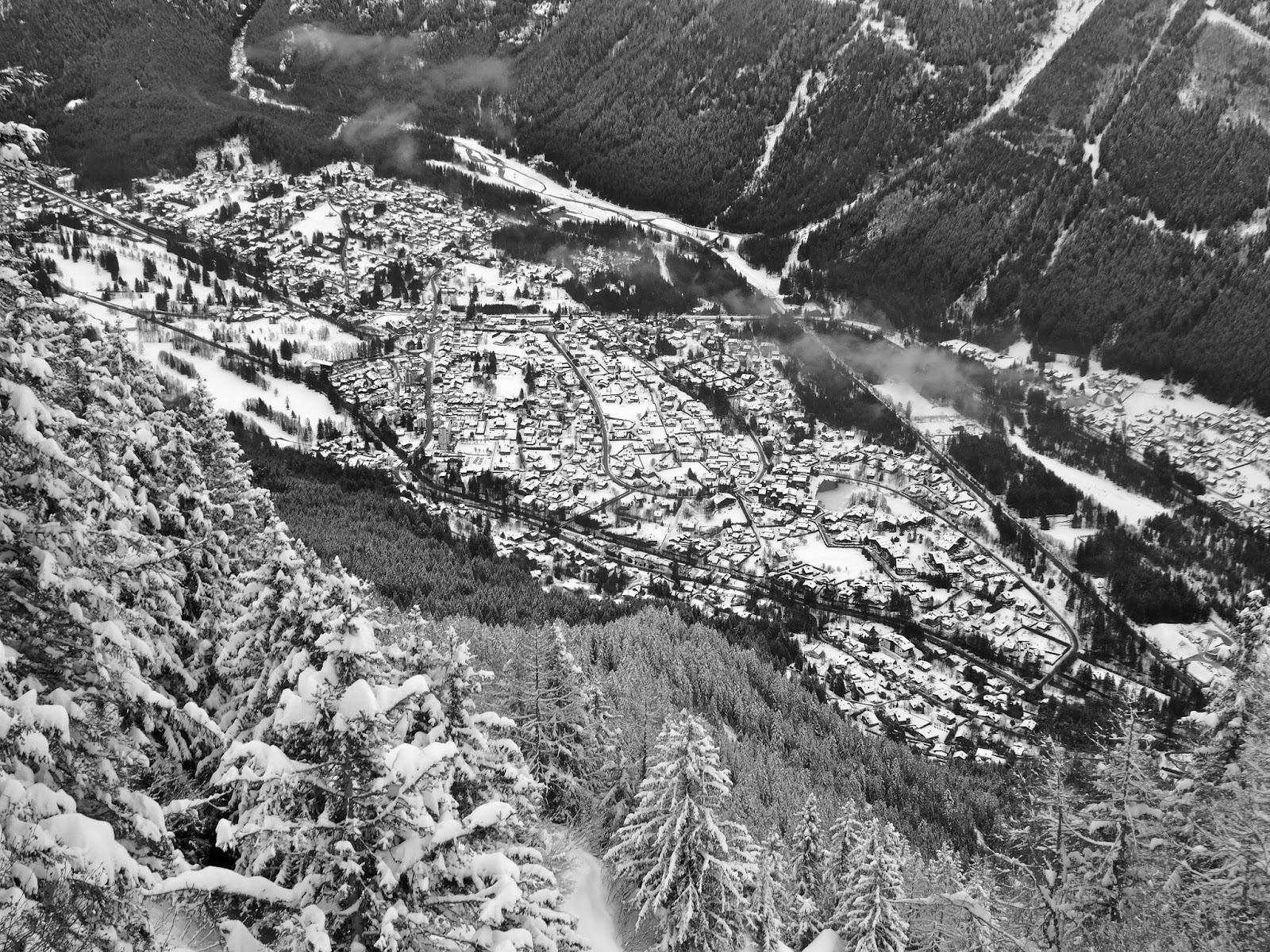 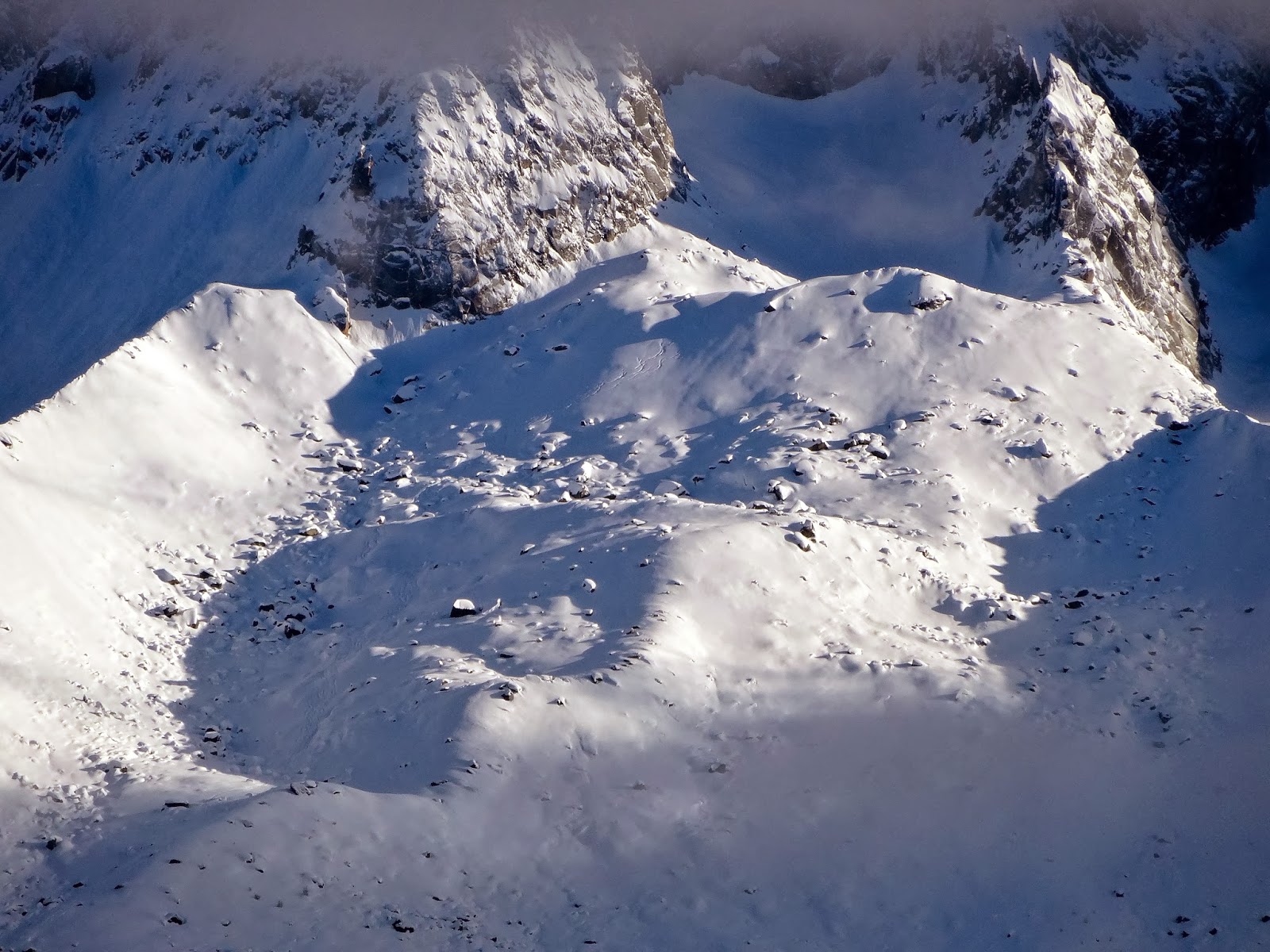 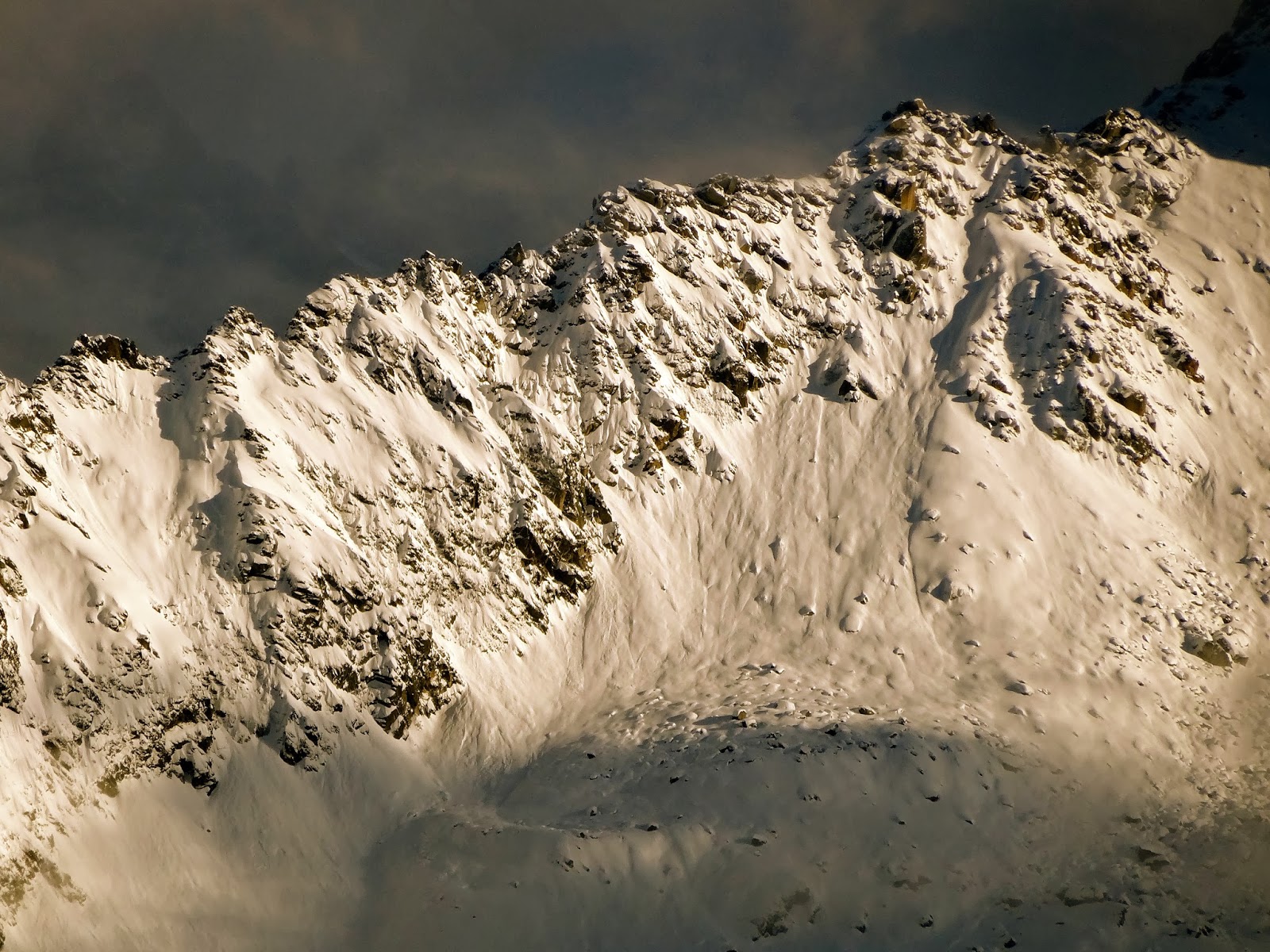 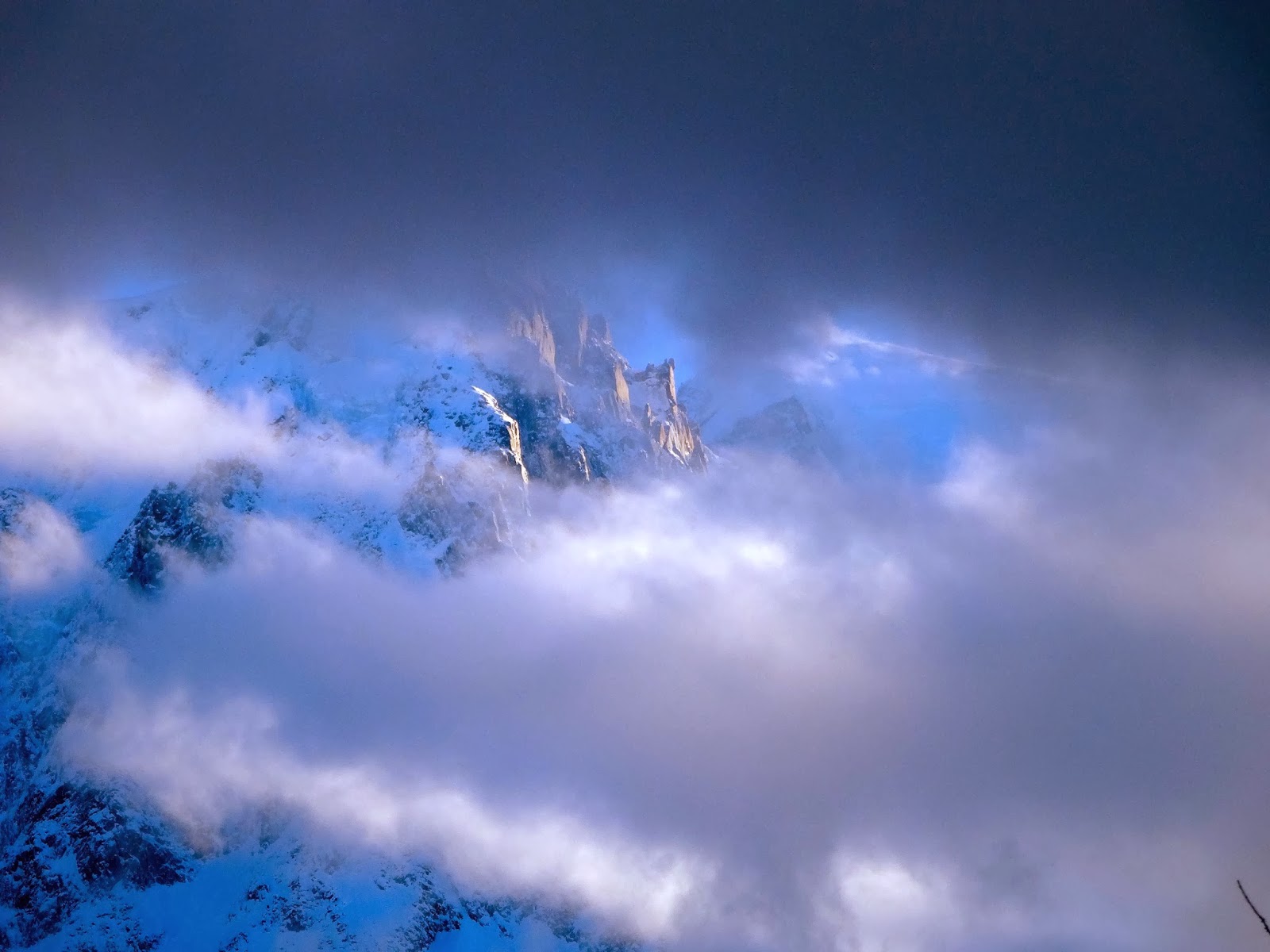 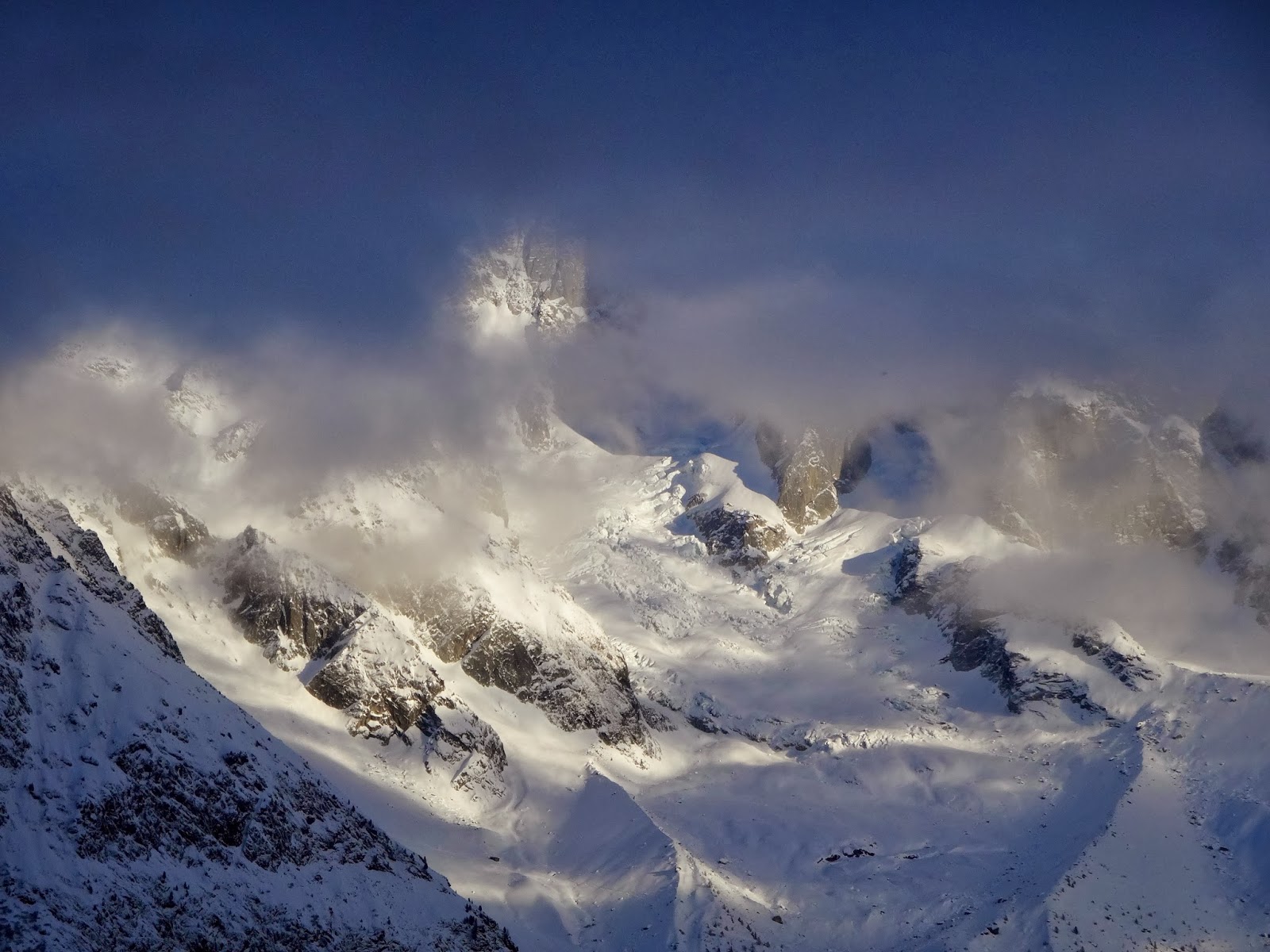 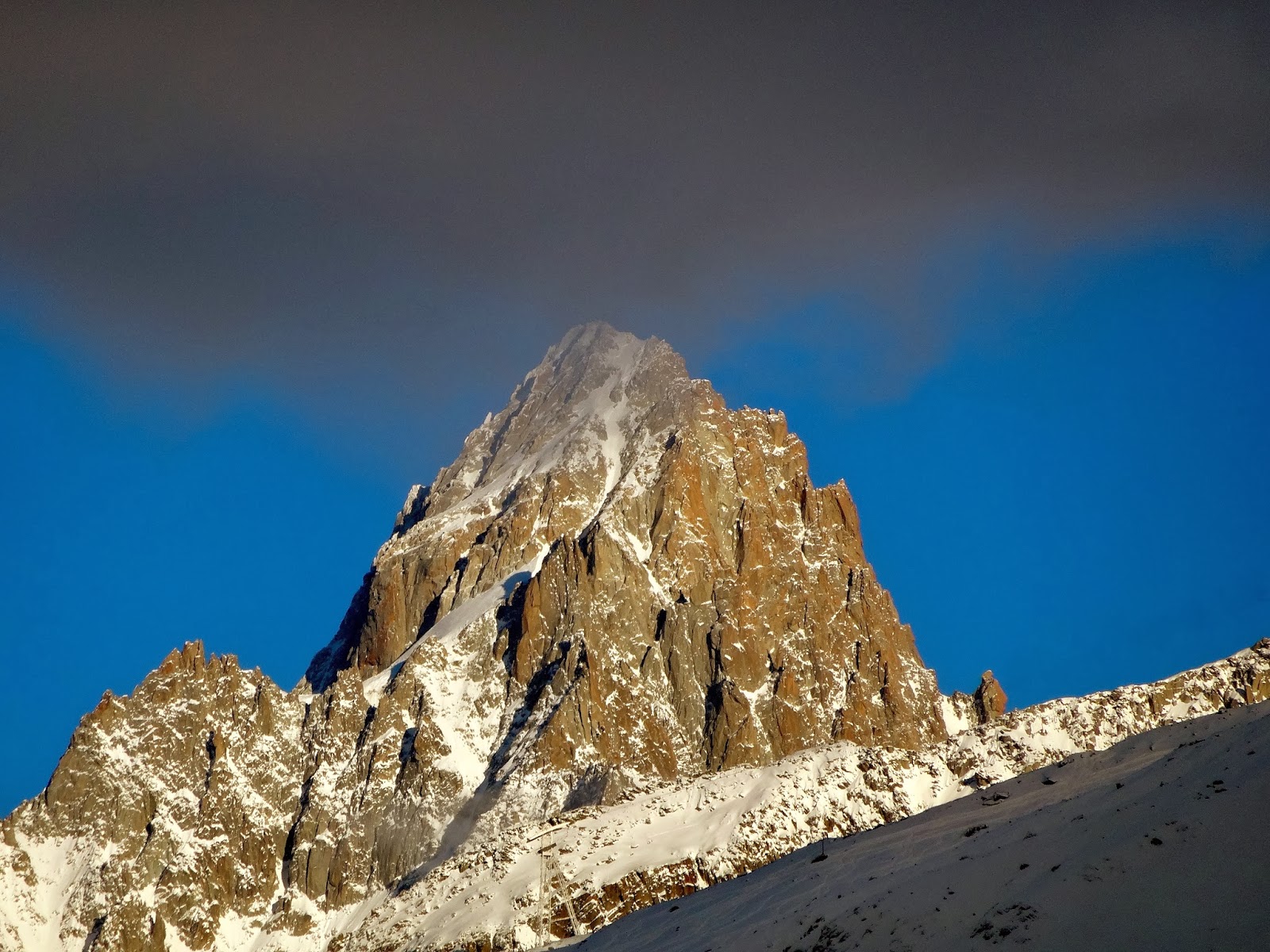 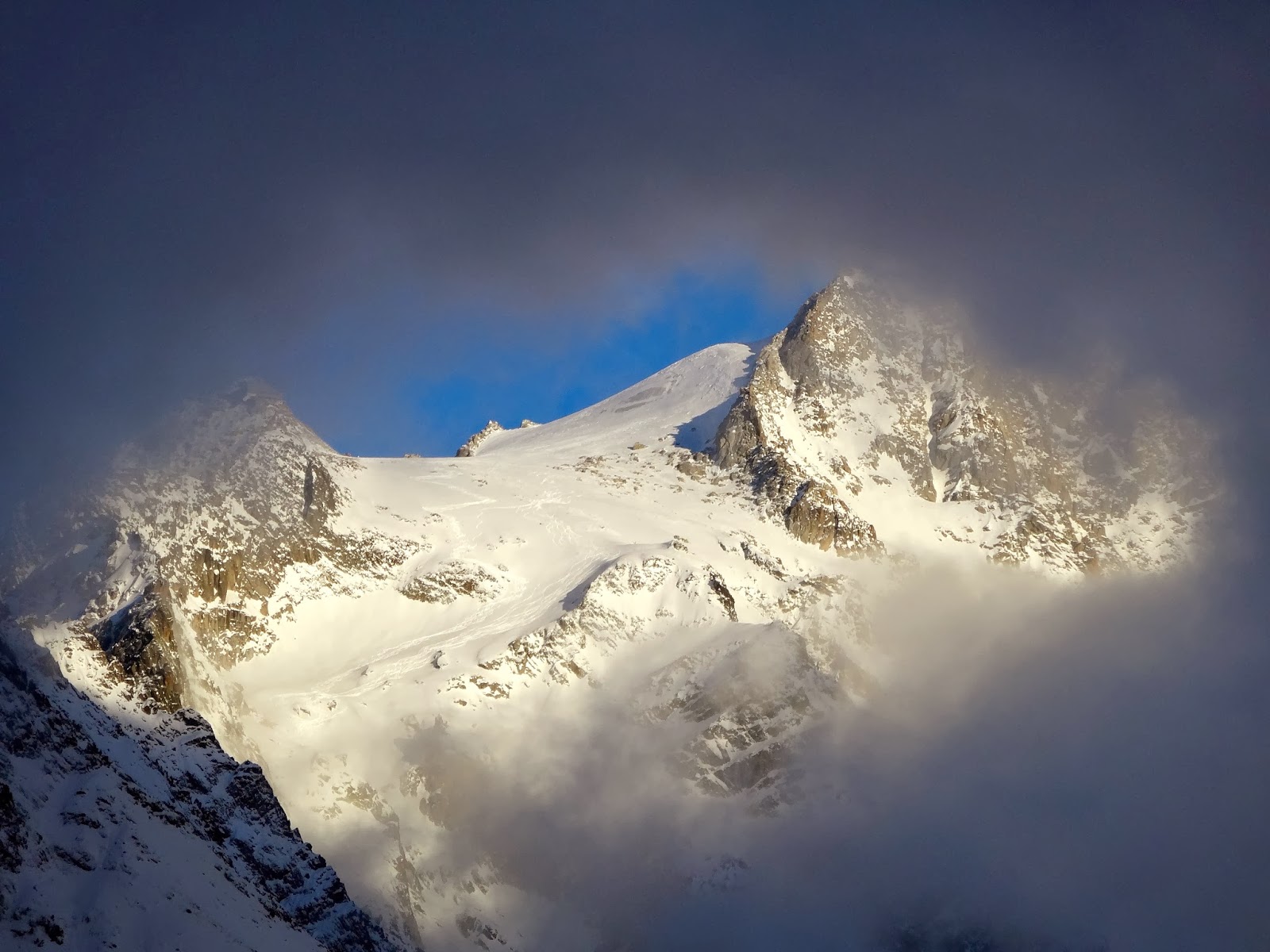 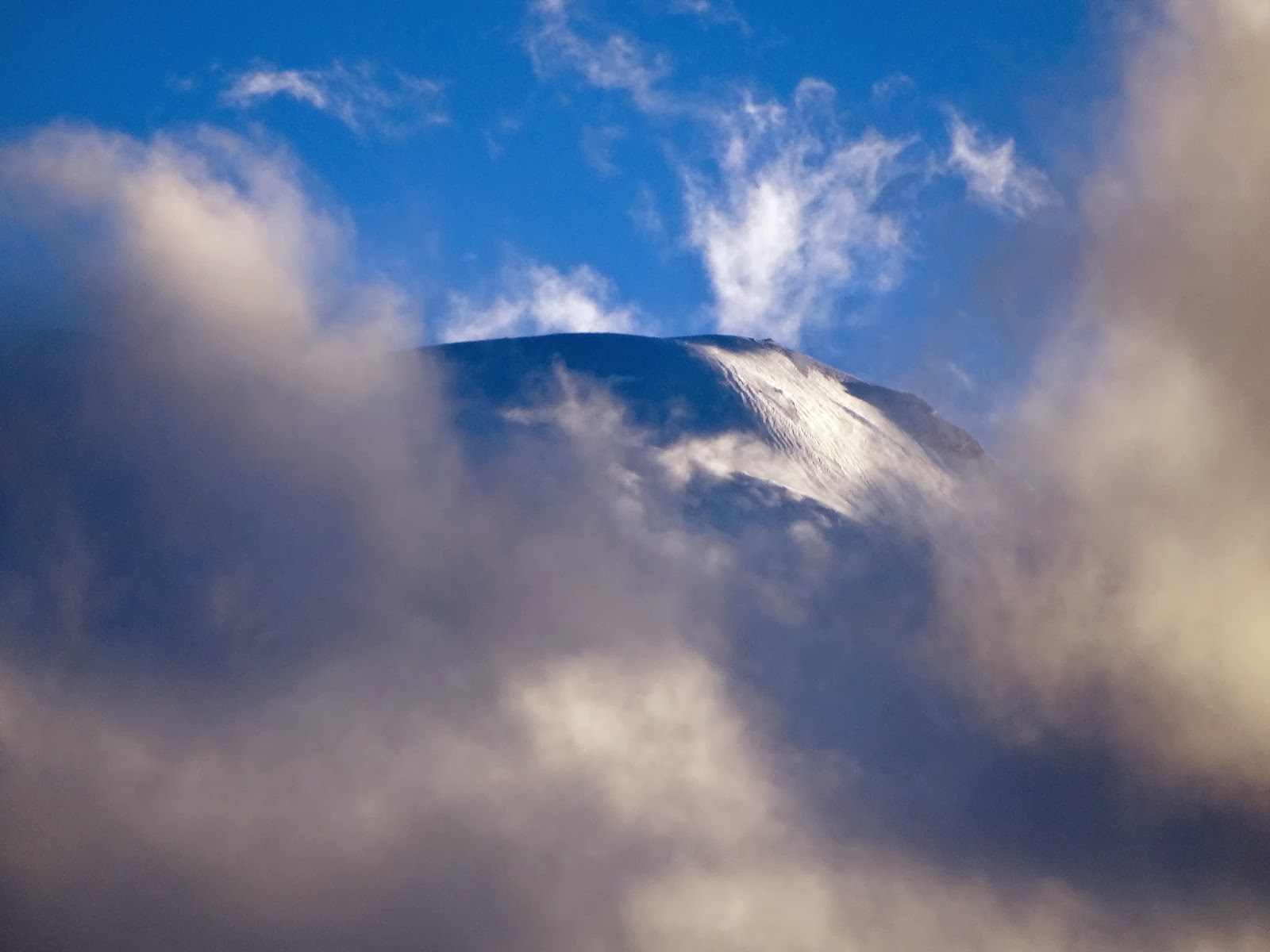 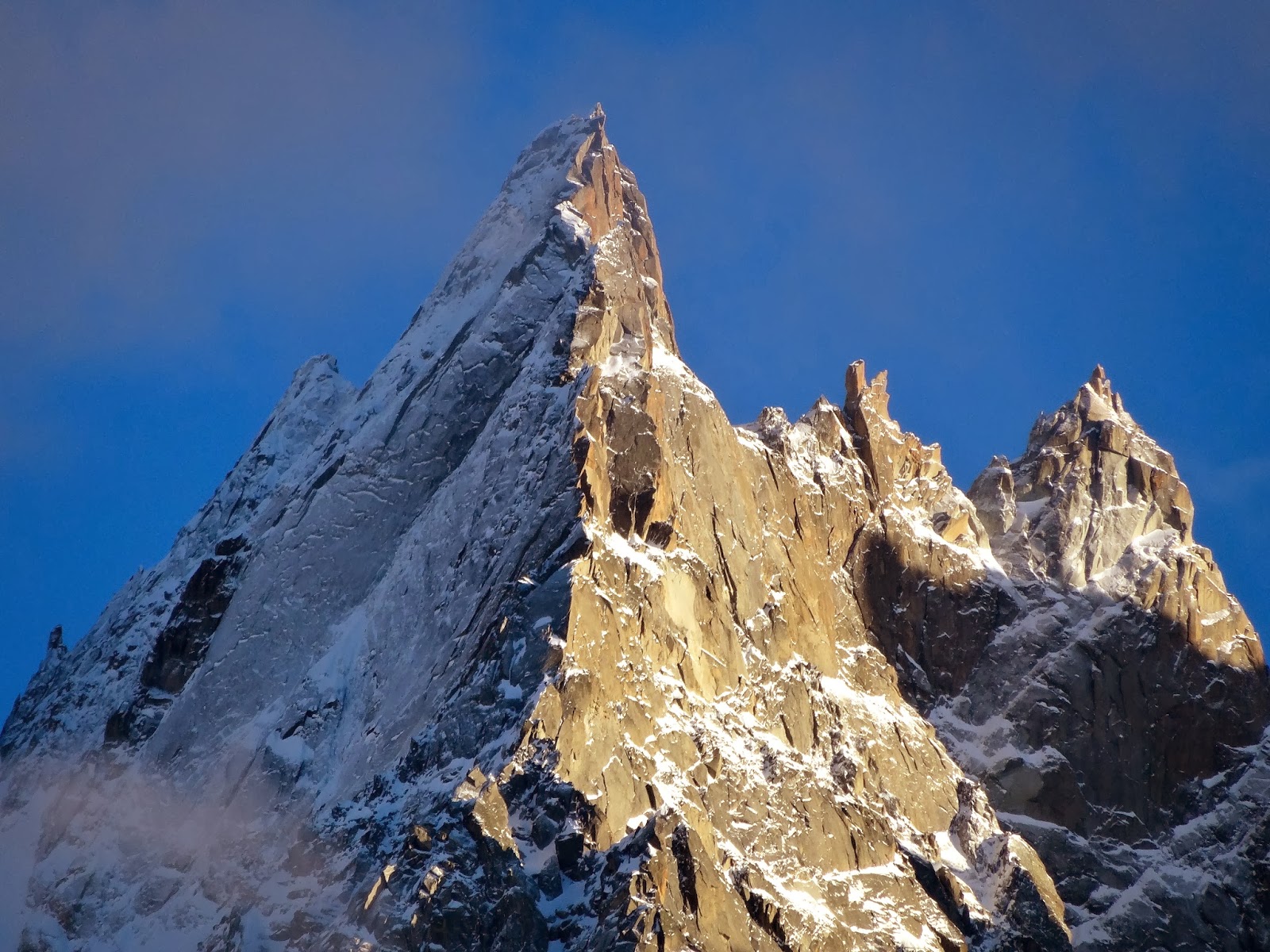 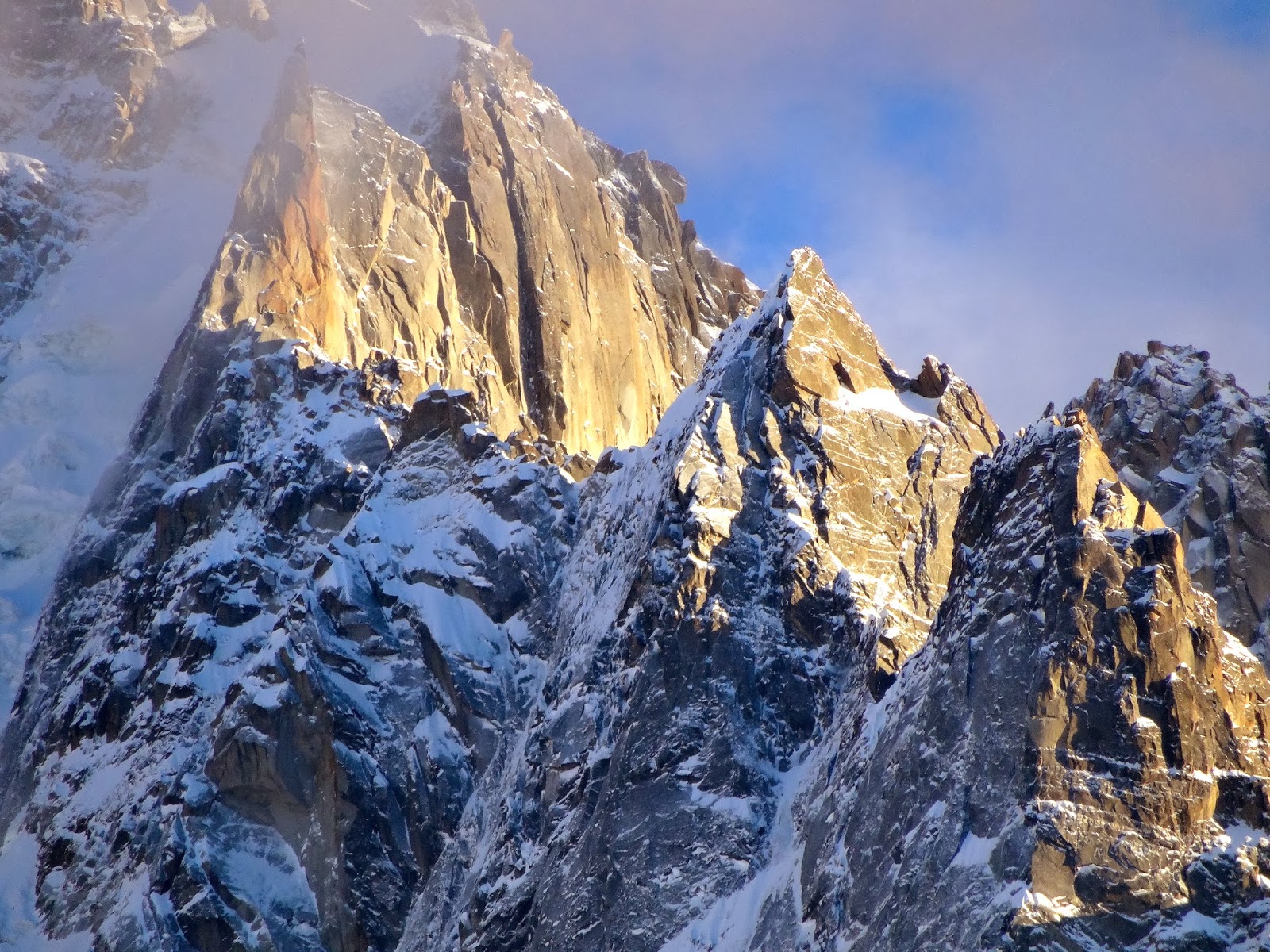 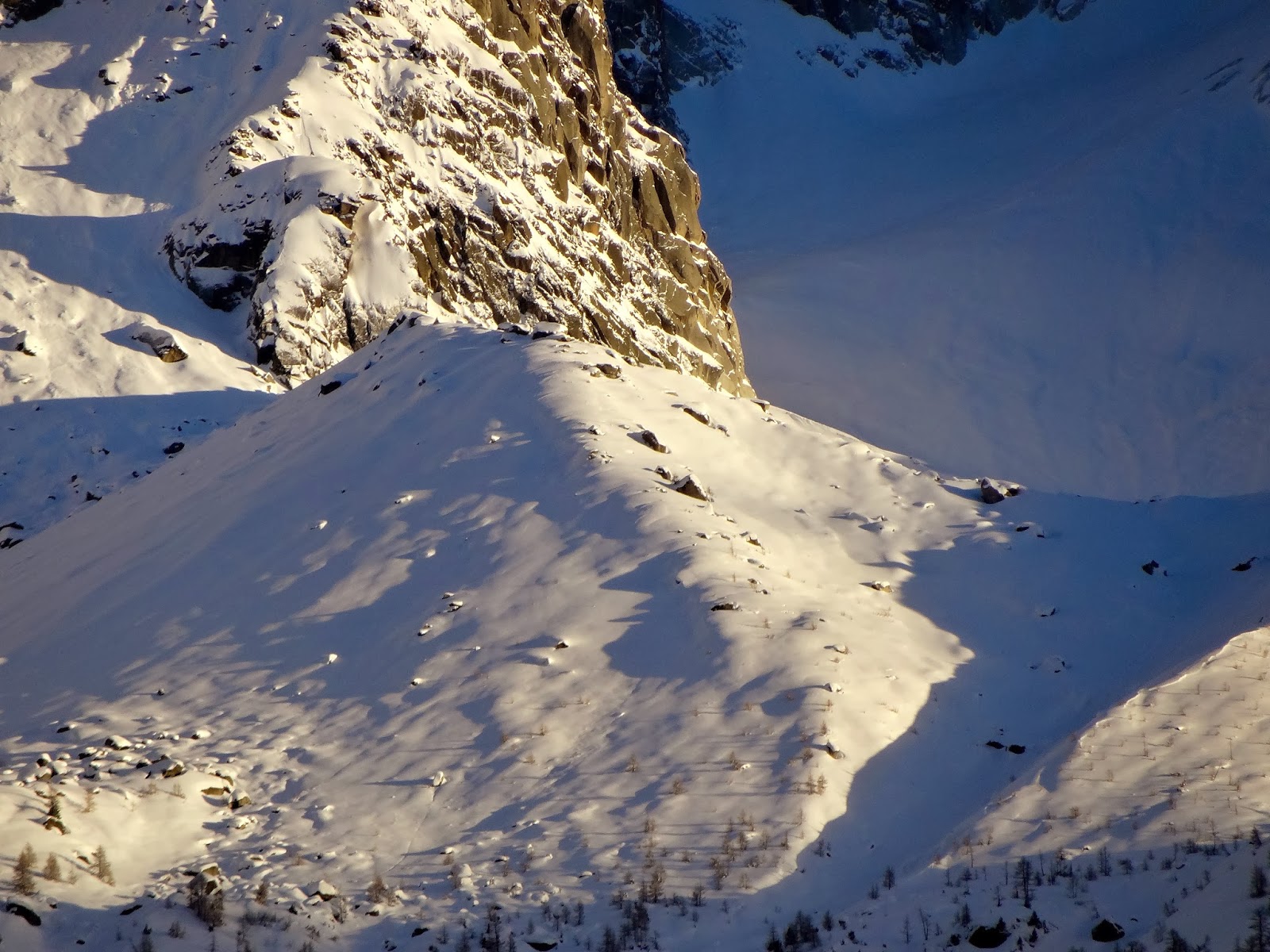 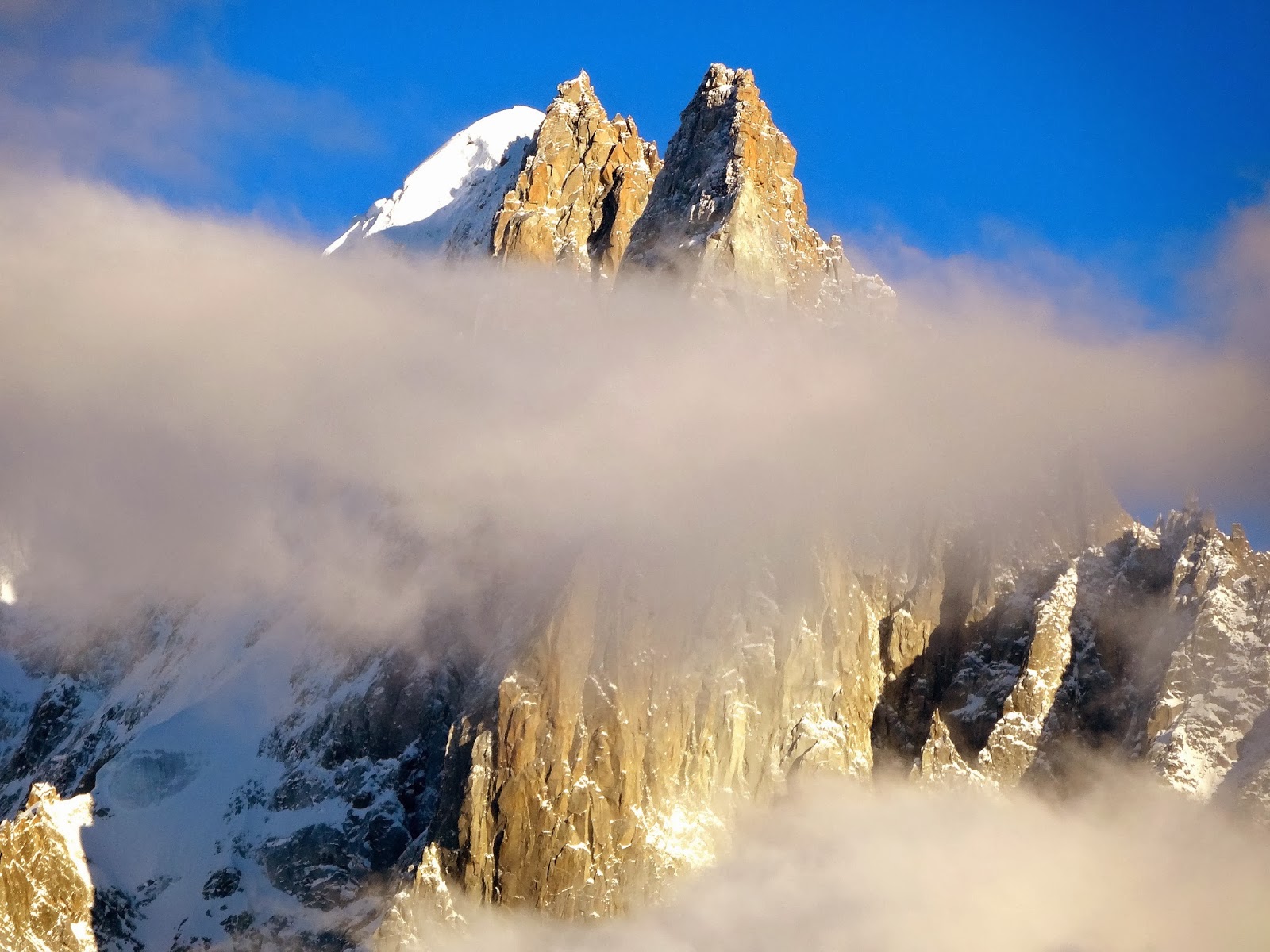 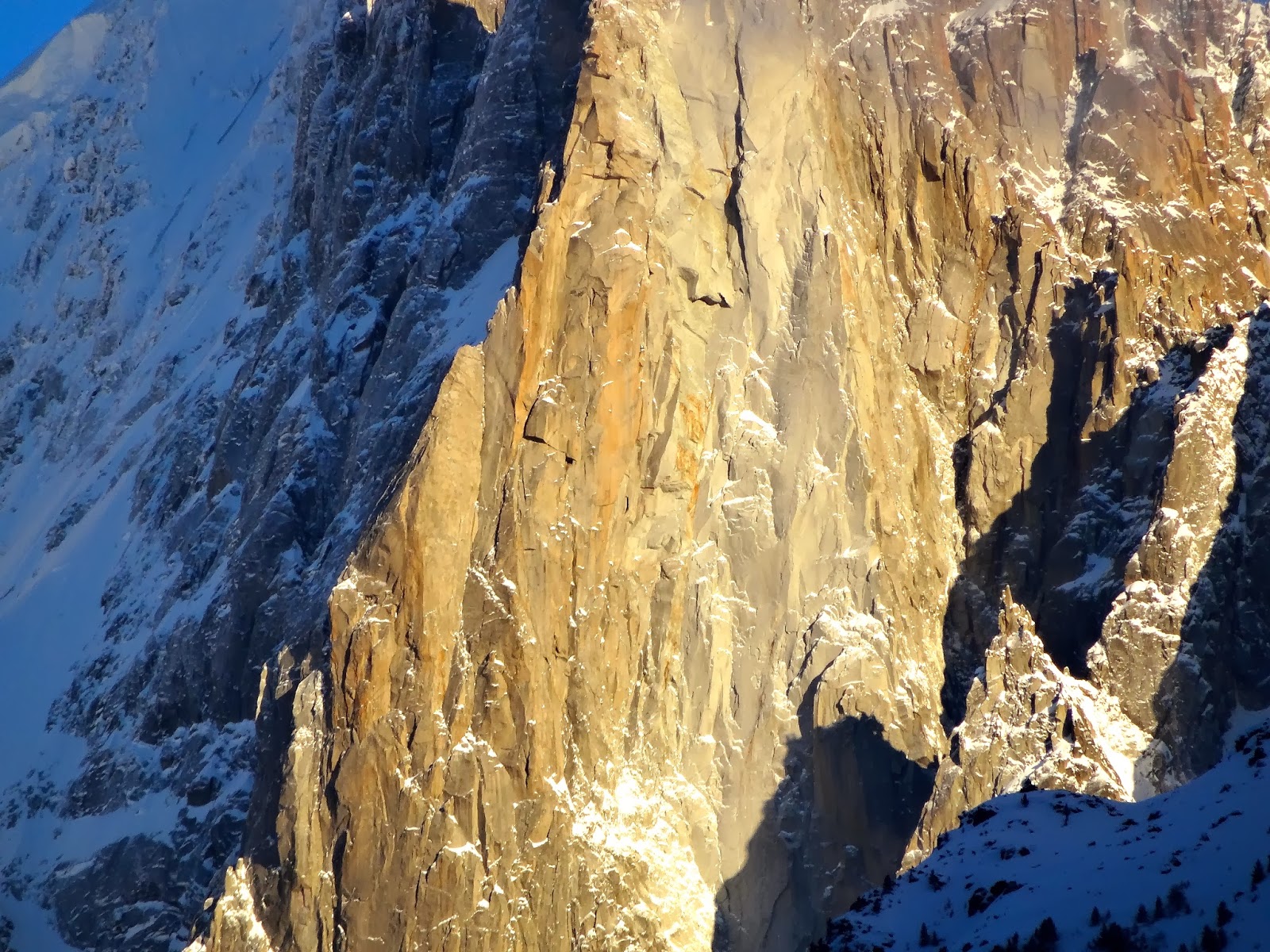 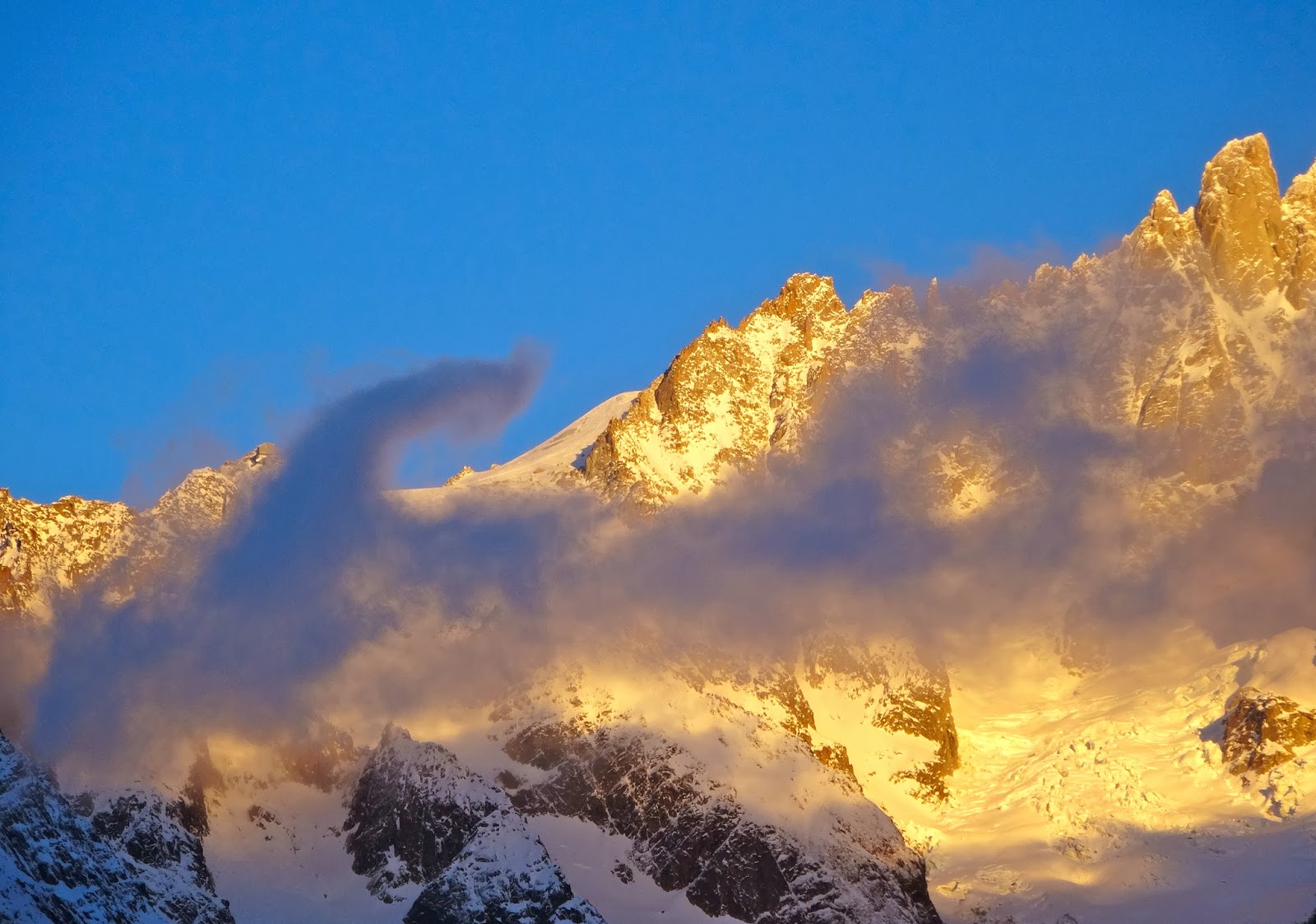 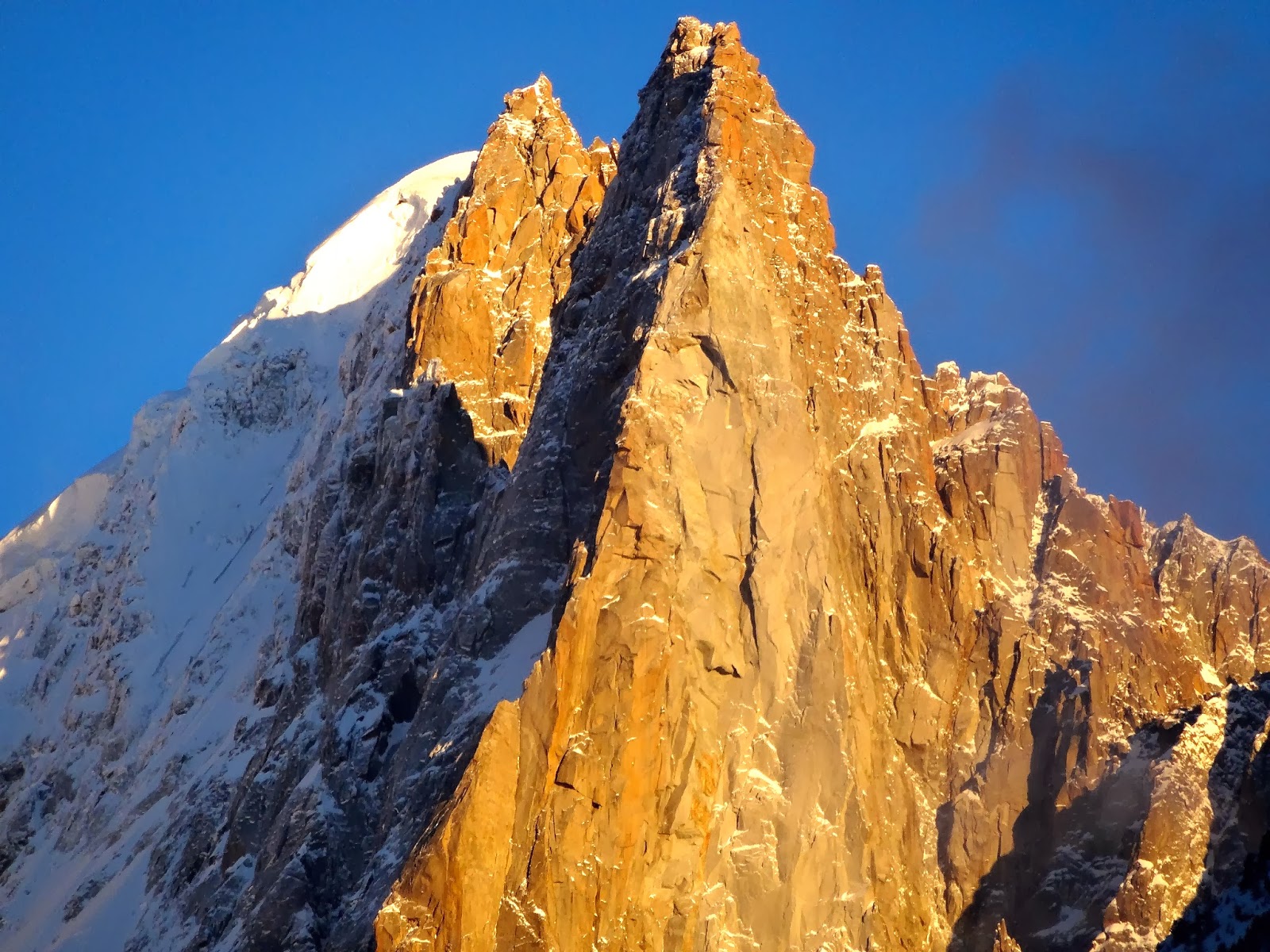 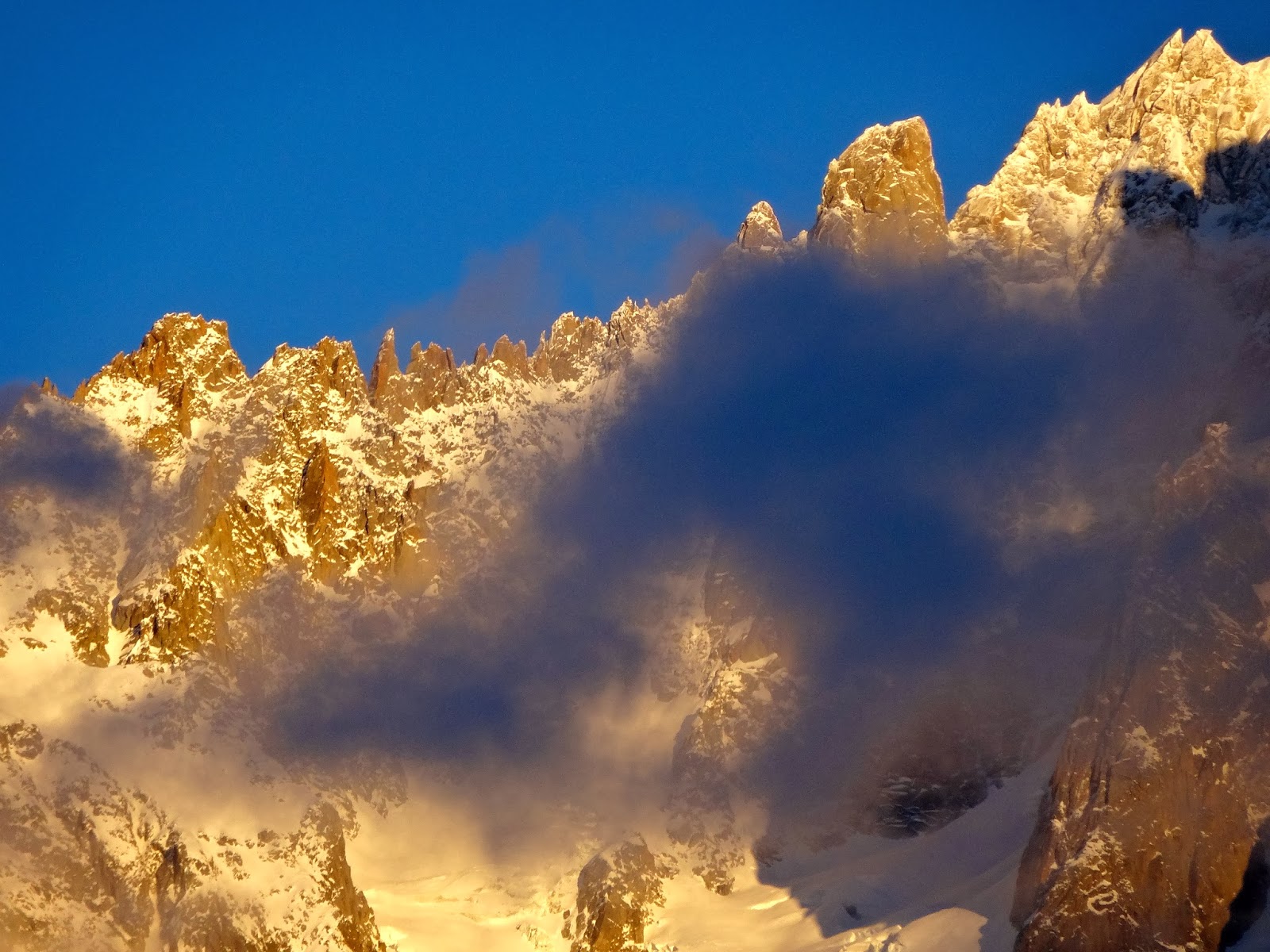 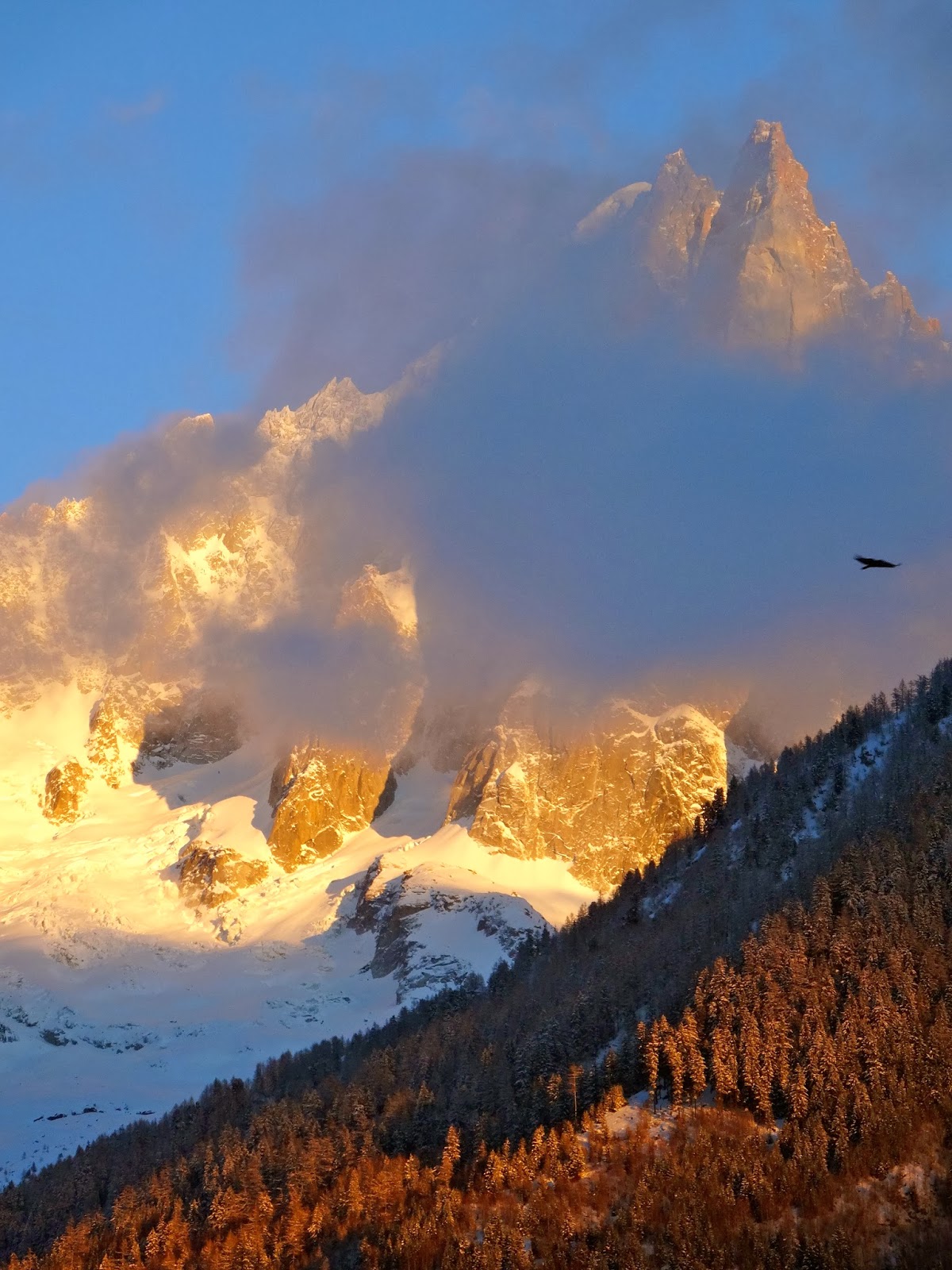 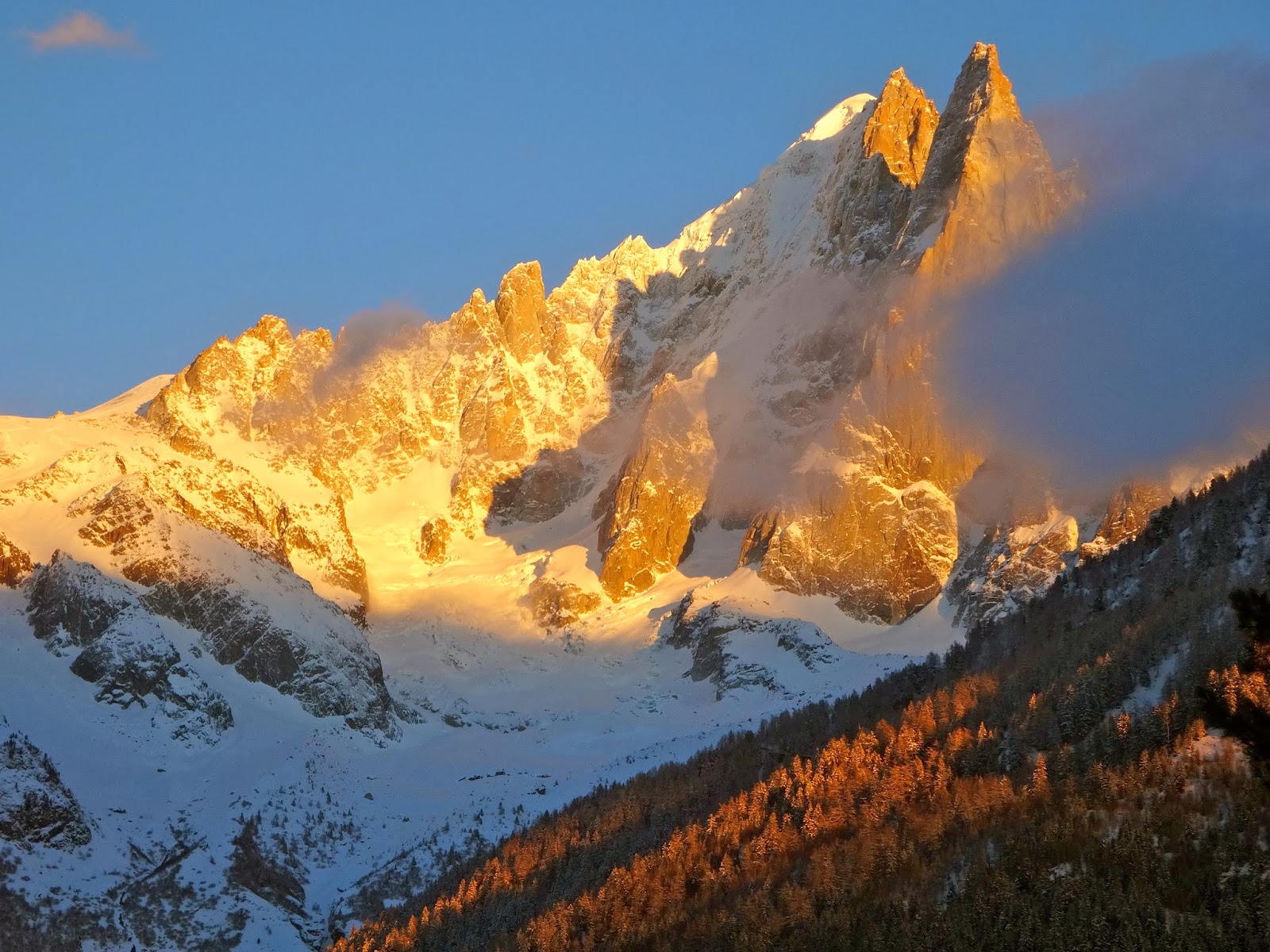 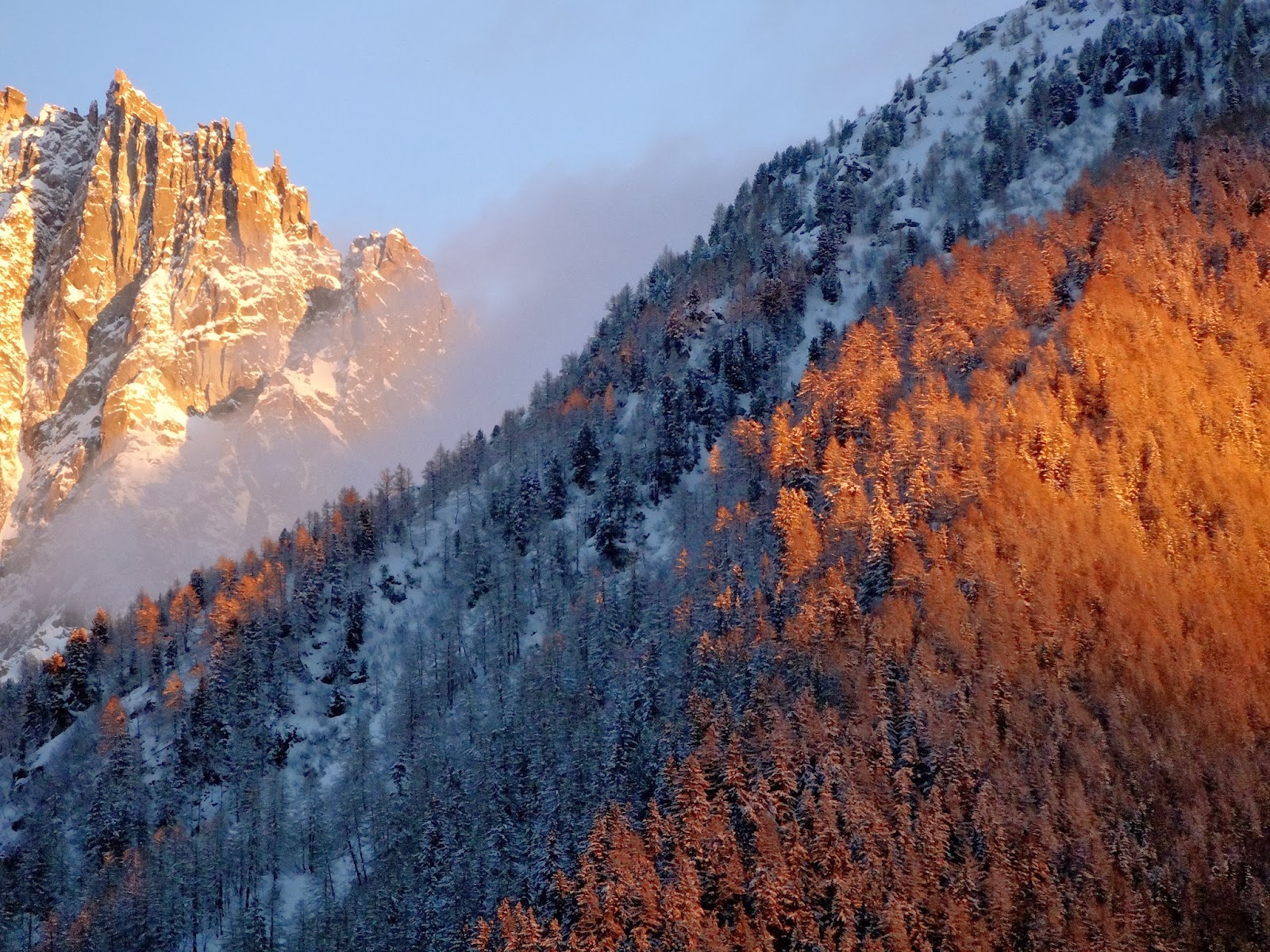 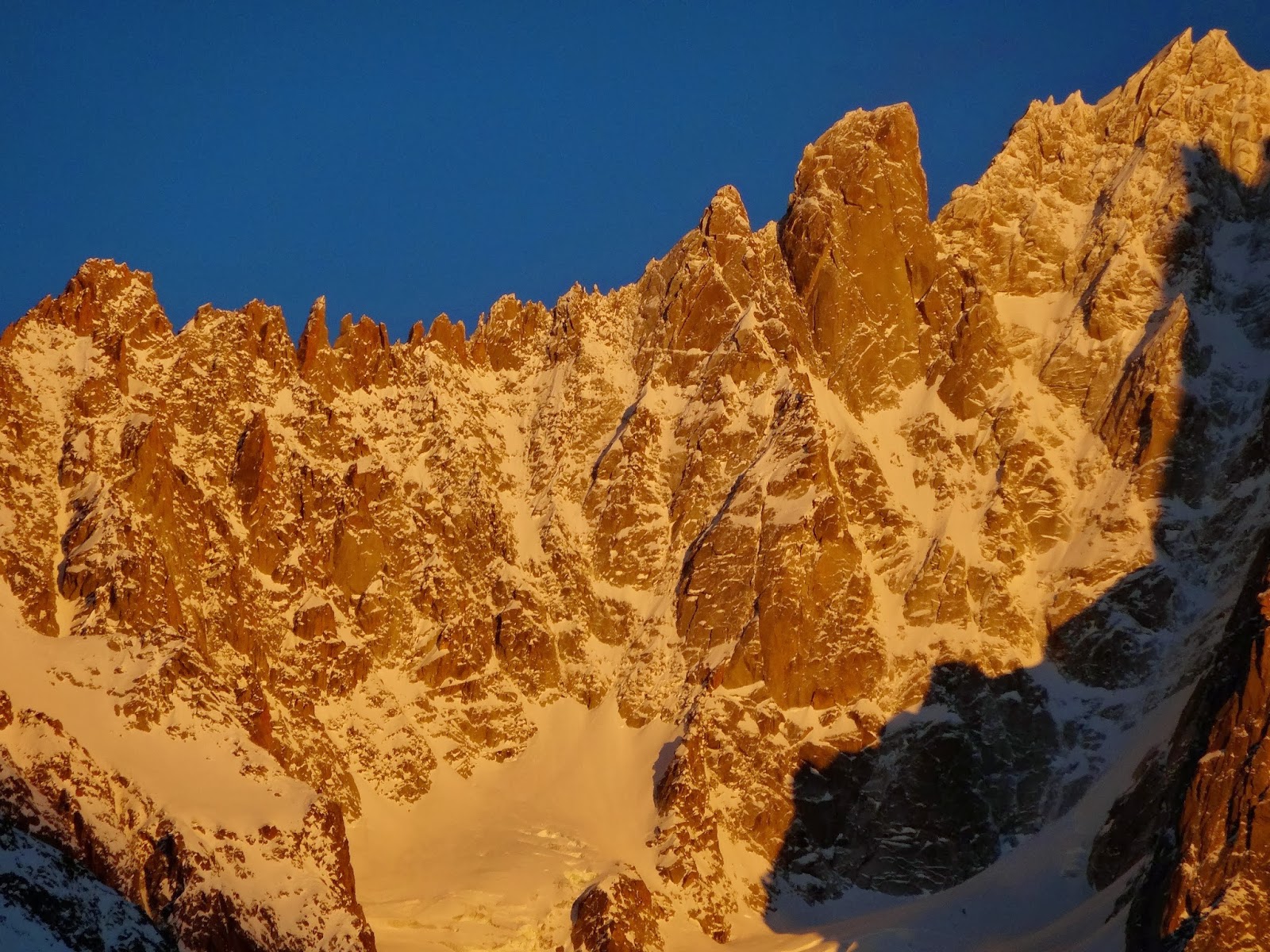 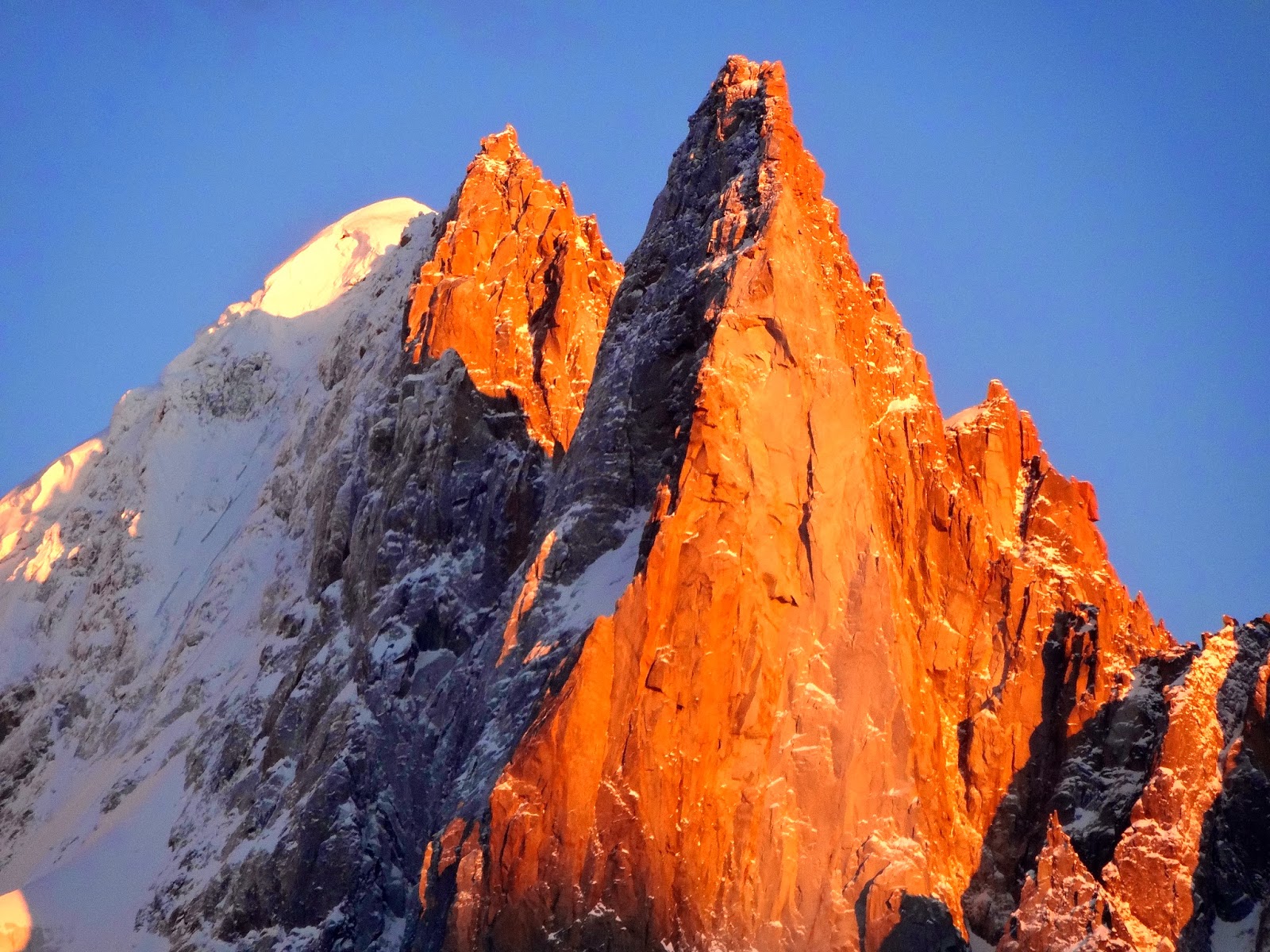 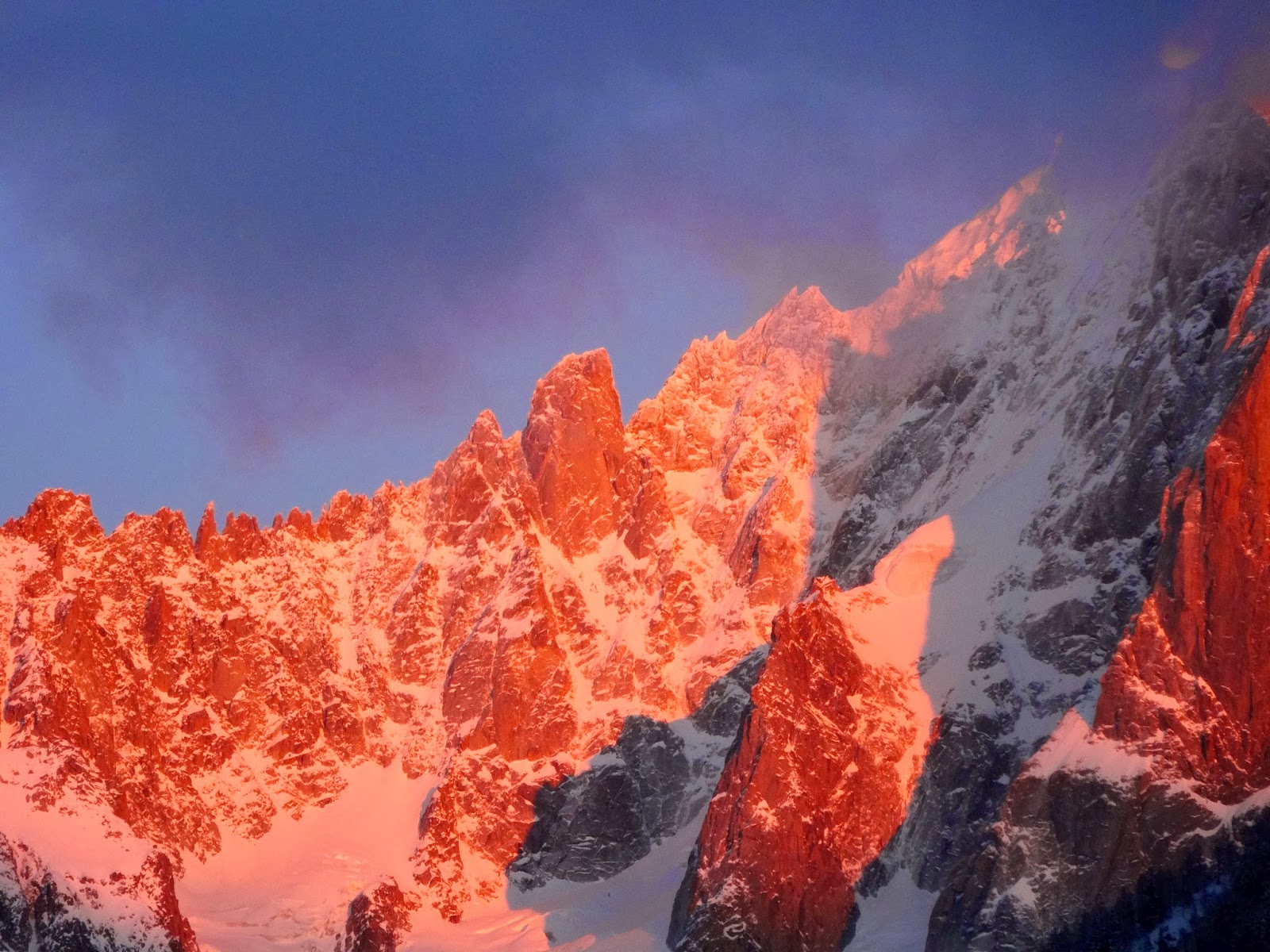