After two prior big days, Jerome had worn out everyone but me. In retrospect, I wonder whether Wednesday had precipitated a bit of acute mountain sickness in Morry. Skinning up to 3800m when jet-lagged and a little unwell mightn't have been such a good idea, so he thought he'd sit on the bench for a day.
That meant that I had Jerome to myself, which was a bit of a bonus except that the weather in Chamonix was atrocious. After thinking about calling the day off, J instead packed some ice-climbing equipment for something different. Just before we headed off though, we checked the Italian webcams and were 'surprised' to see Courmayeur still bathed in sunshine. As it was my second last day, I decided that skiing had to trump any other novelty, and so we headed off through the tunnel. Exiting the tunnel, we had to put on our sunnies. We thought about skiing the Brenva Glacier, but there was a little too much high cloud to make it safe, and so we started off in-bounds.
I love the top cable car at Courmayeur - it resembles the Nautilus from 20000 Leagues Under the Sea, and Jerome and I had it to ourselves all day. With a few burly boot packs, we were able to find beautiful fresh tracks in awesome snow in the sun for most of the day.
The back couloirs of Courmayeur are seriously steep in places, with narrow chokes and terrain traps almost the norm. Whilst there are a couple that are relatively safe, they tend to get tracked out early (and you still need to know how to navigate in to hit them). We basically did a bit of 'exploring' hoping we wouldn't stumble on anything higher than the 15m of rope that J was carrying. We found a few epic lines in very steep, gladed sunny powder - and only had to down-climb the last 40m of our last line, which, whilst sketchy, was kind of fun. I even got him to take a tumble!
Except for a momentary stop for some top Italian tucker, we skied fast and furiously, which is why the photo count for the day remained minimal.
Photos for the previous two days will remain to be sorted for a while yet... 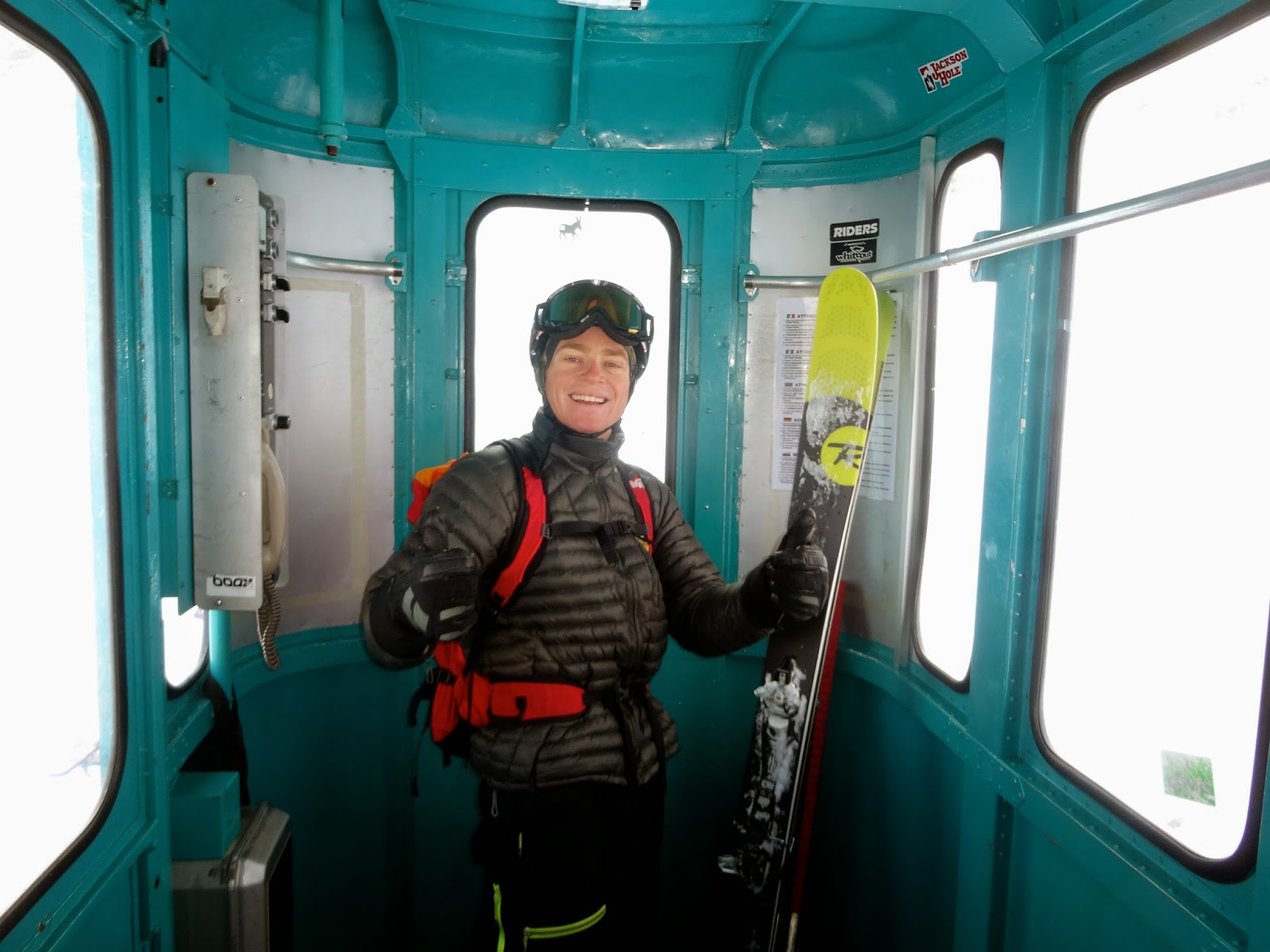 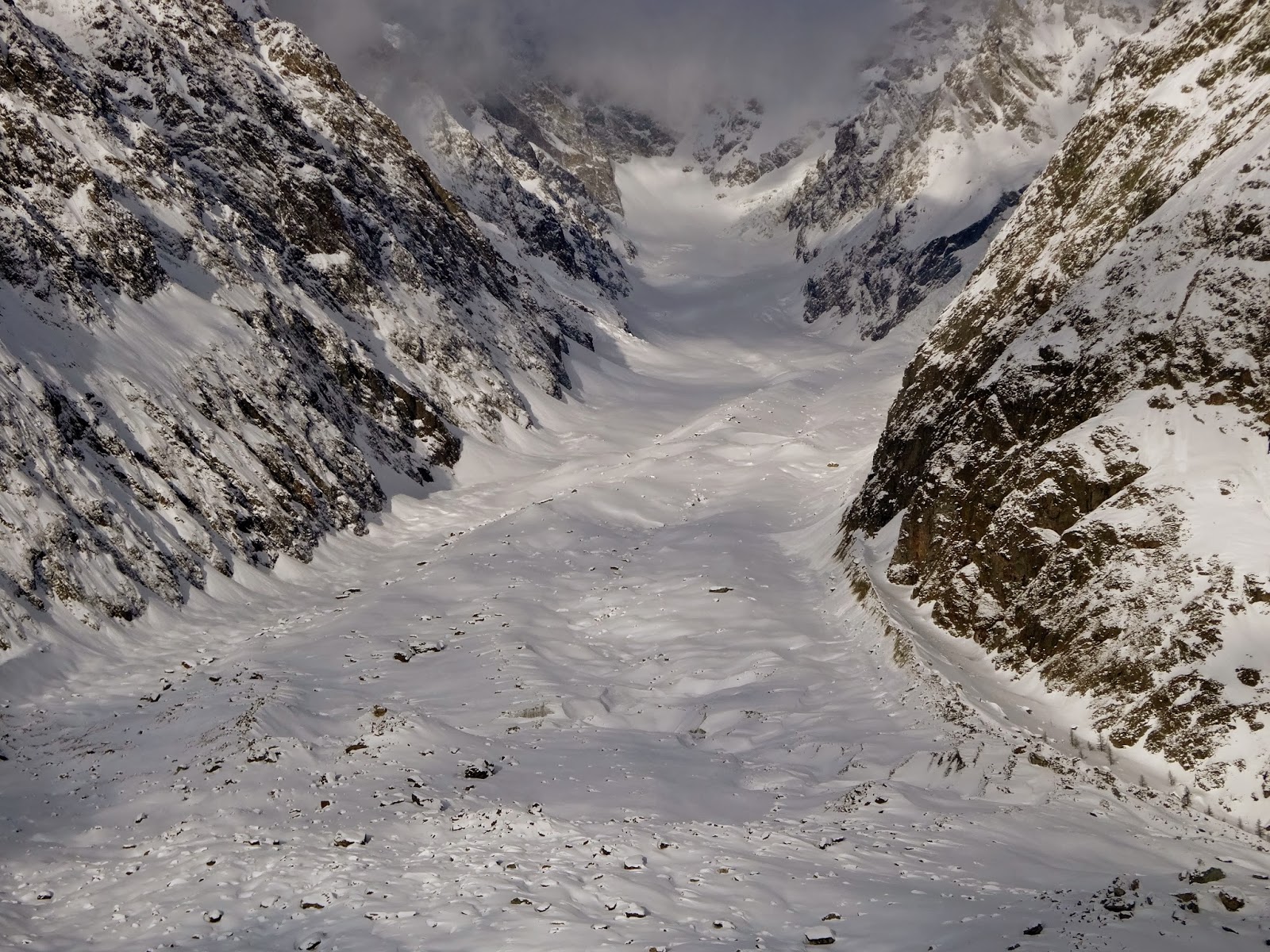 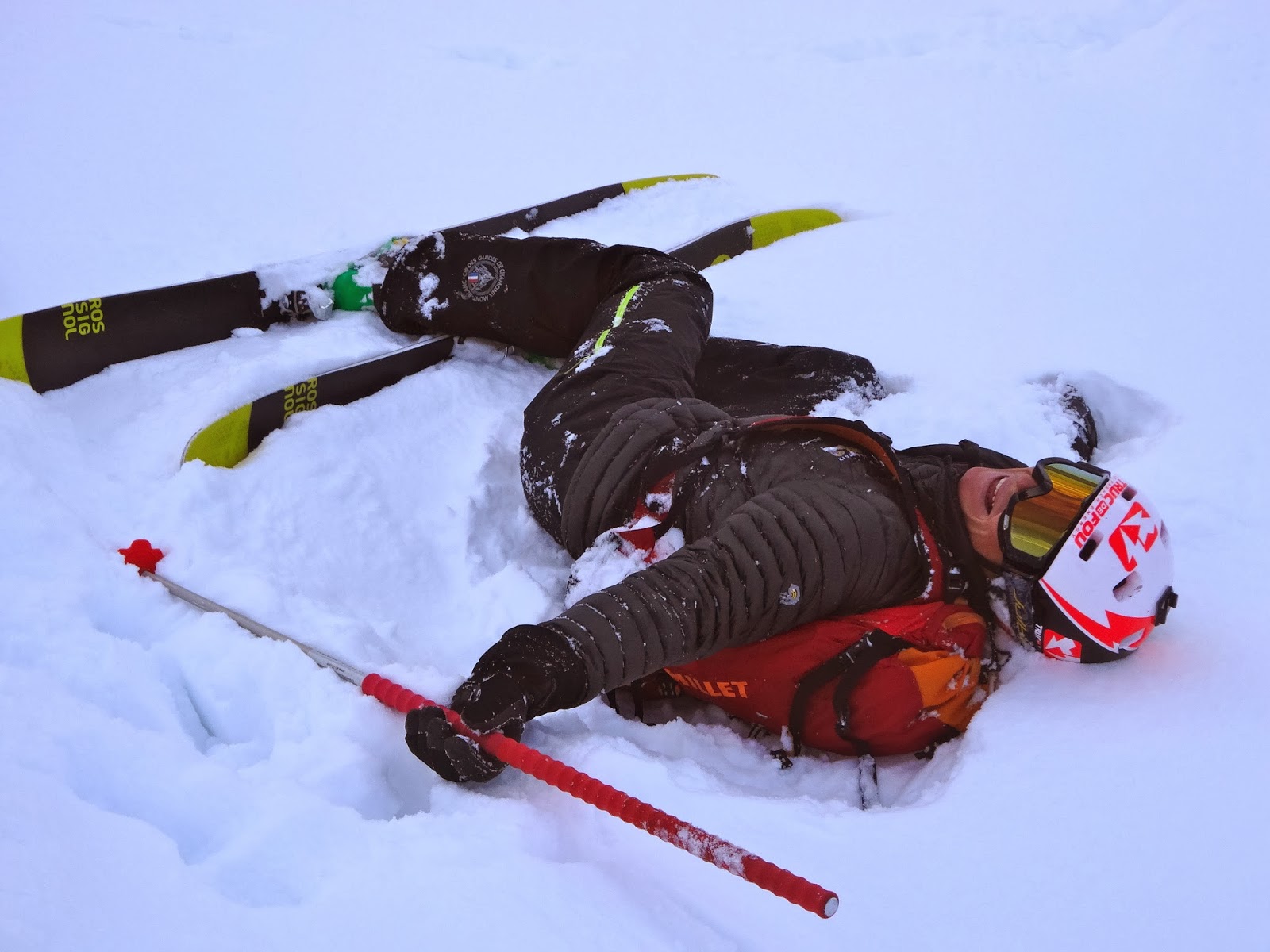 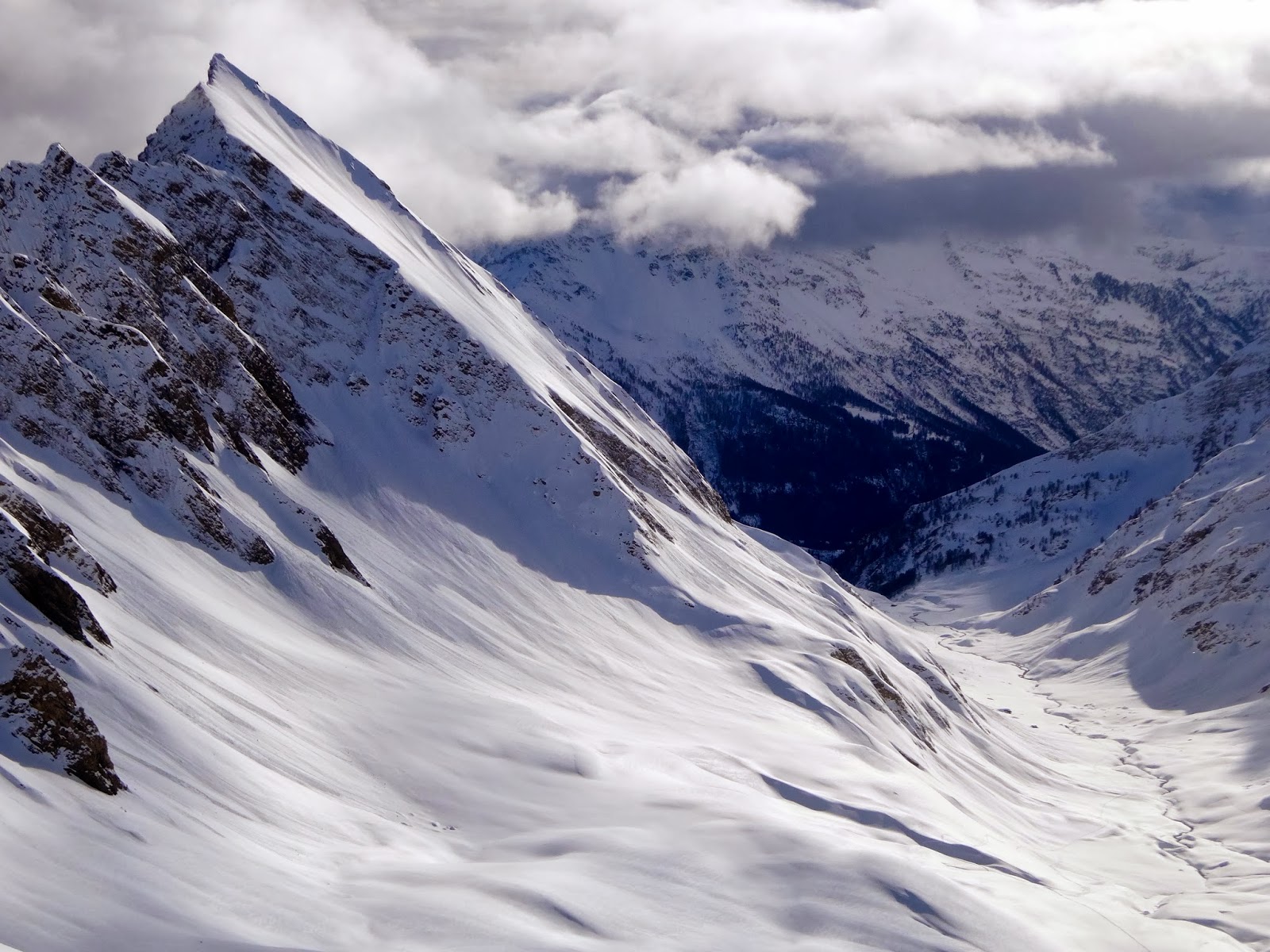 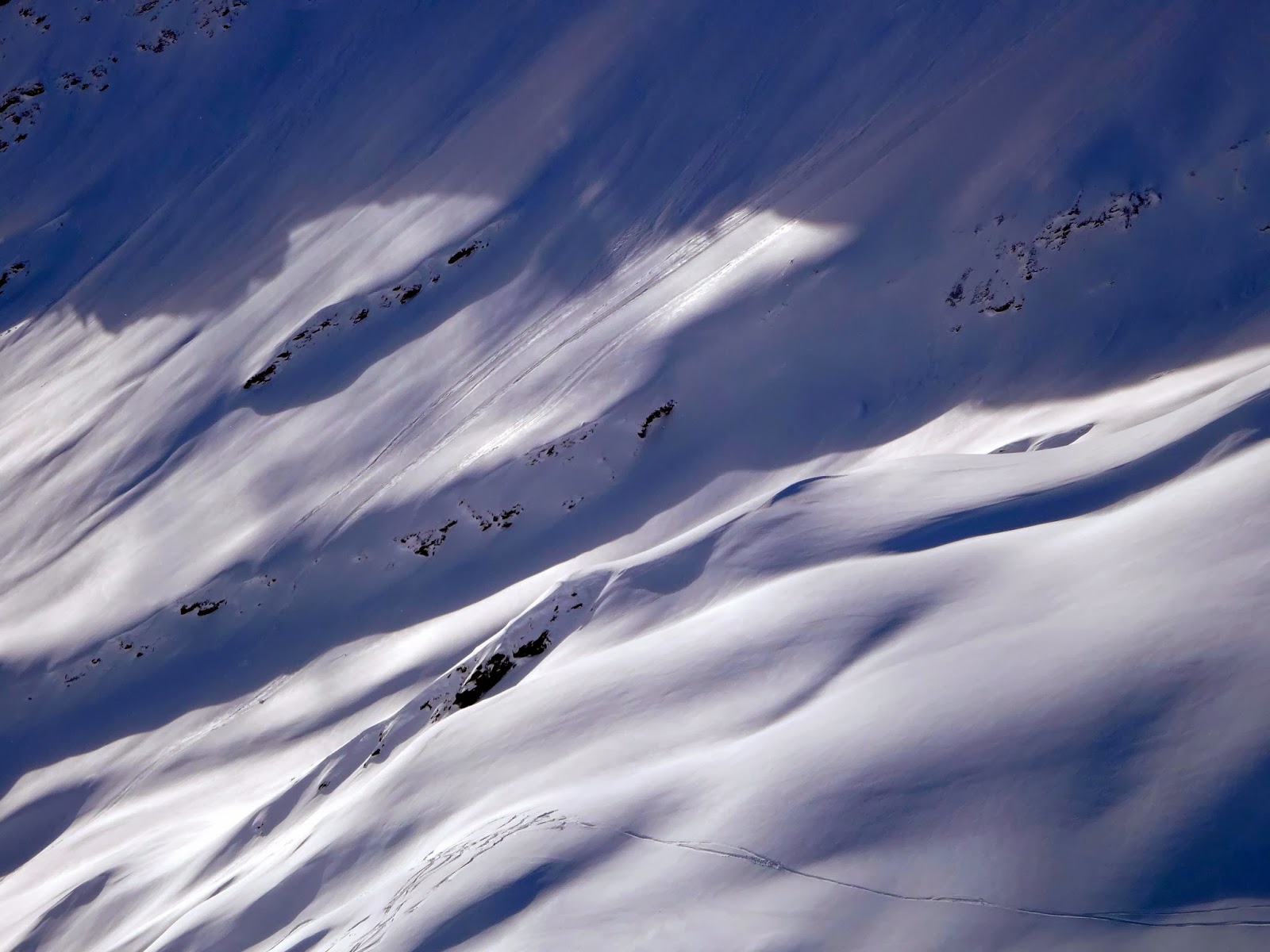 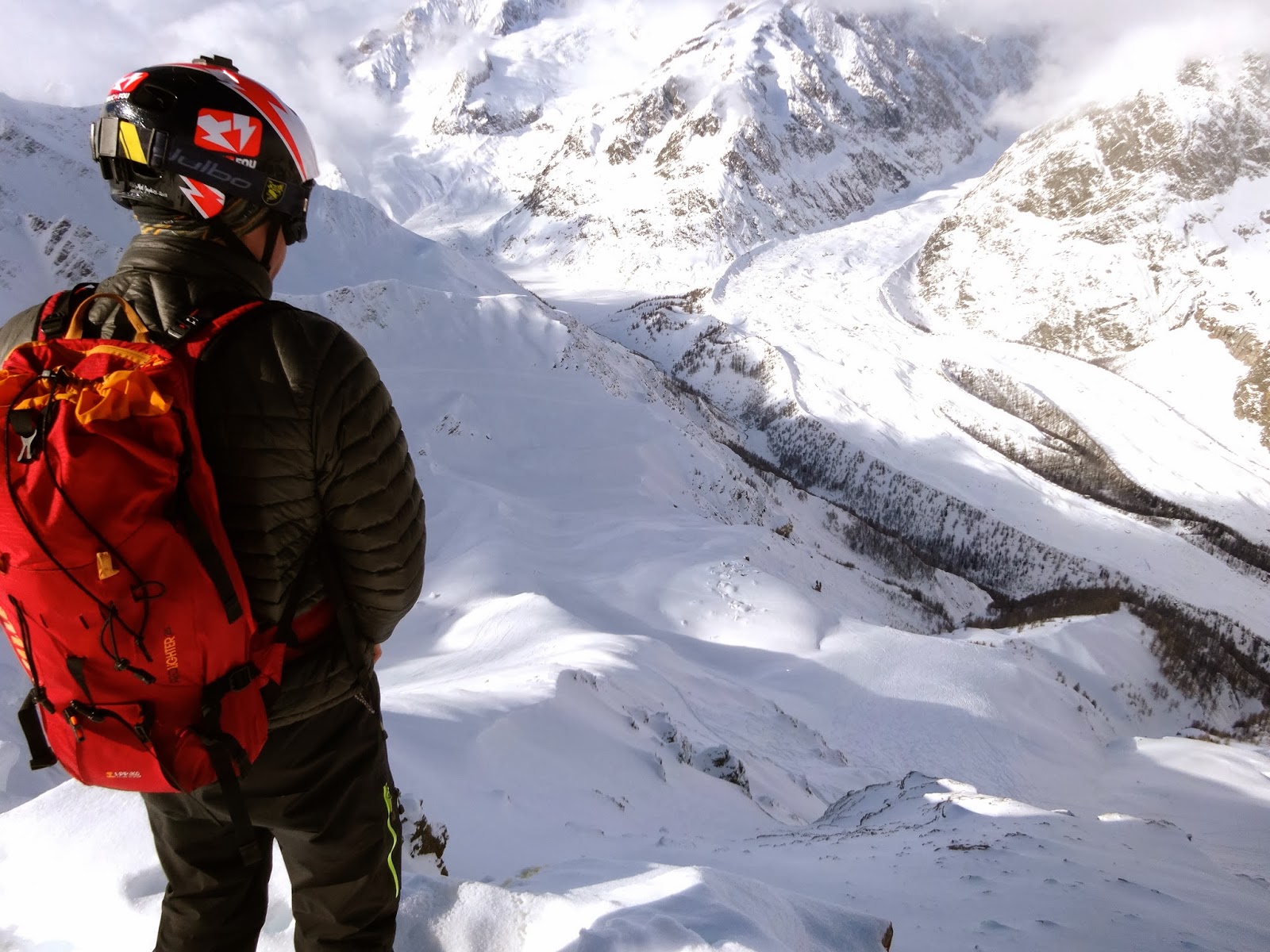 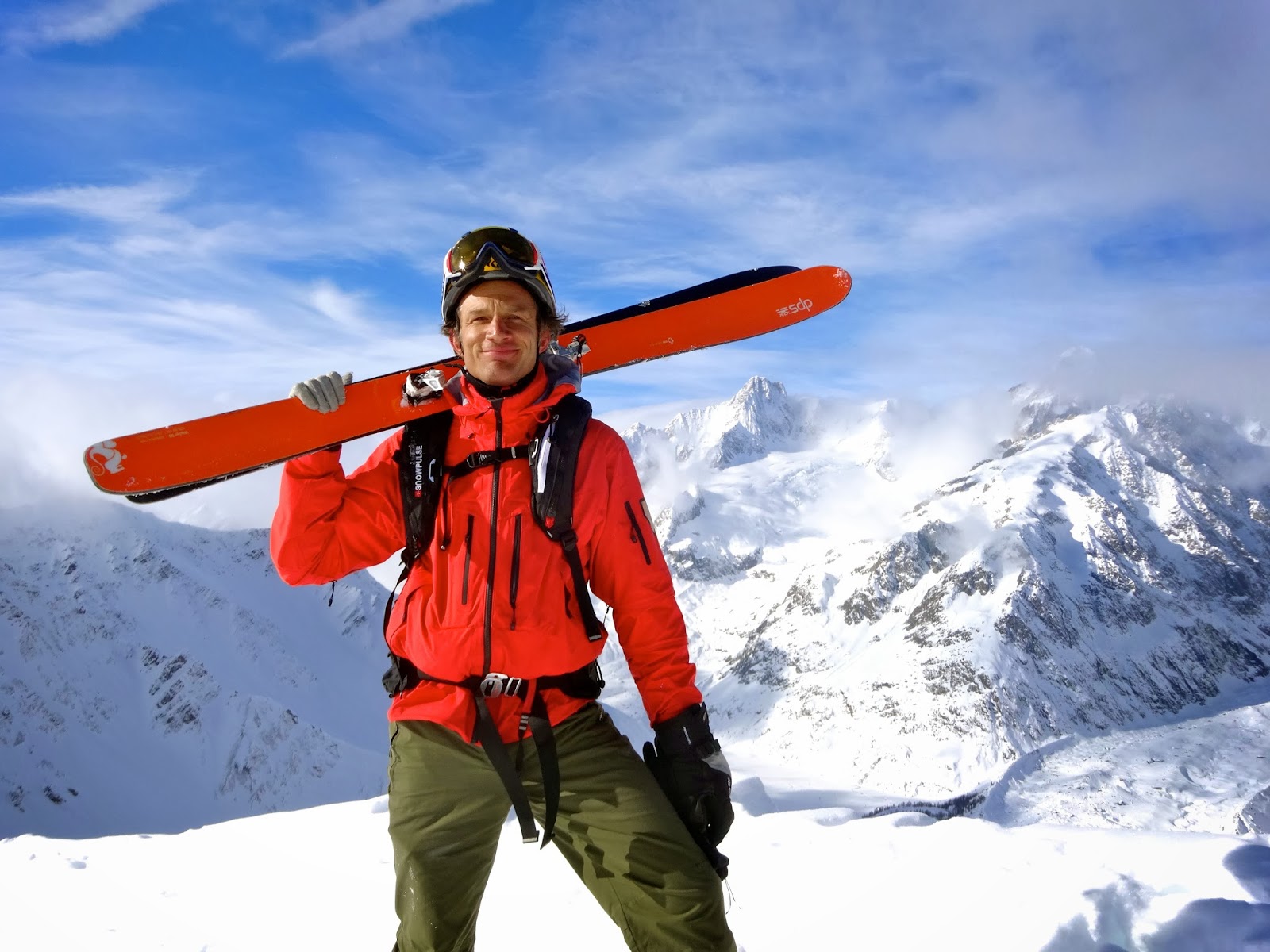 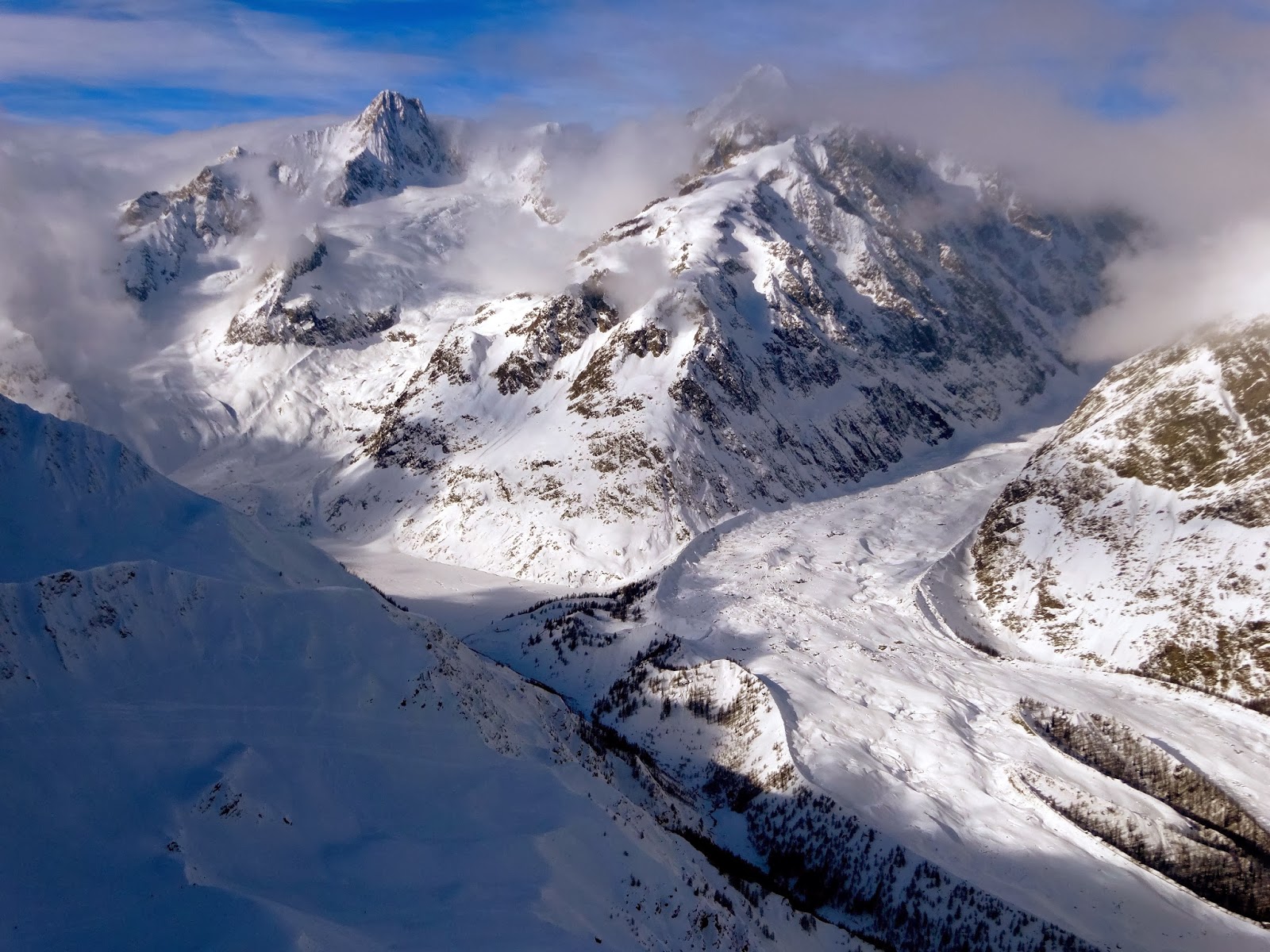 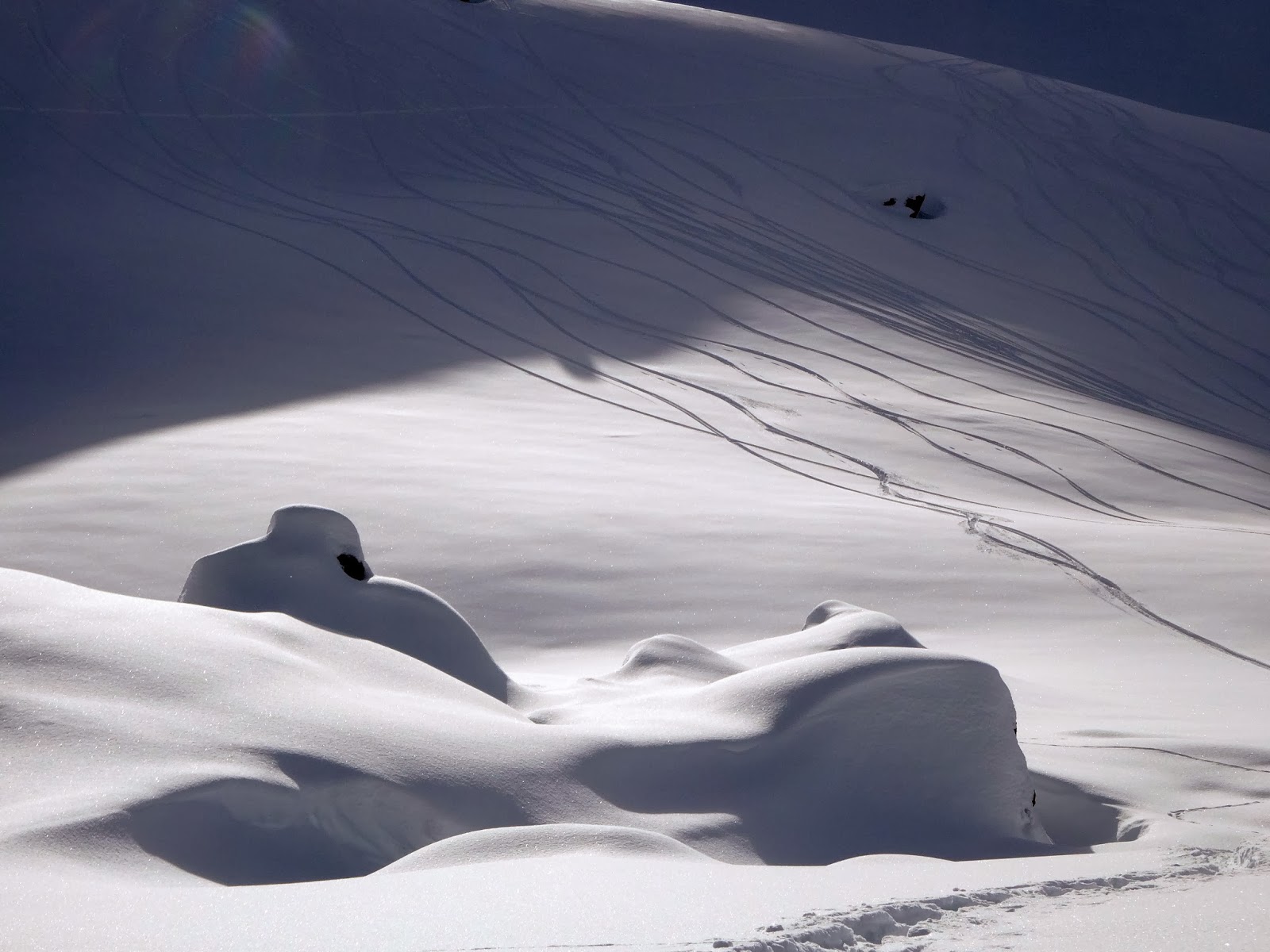 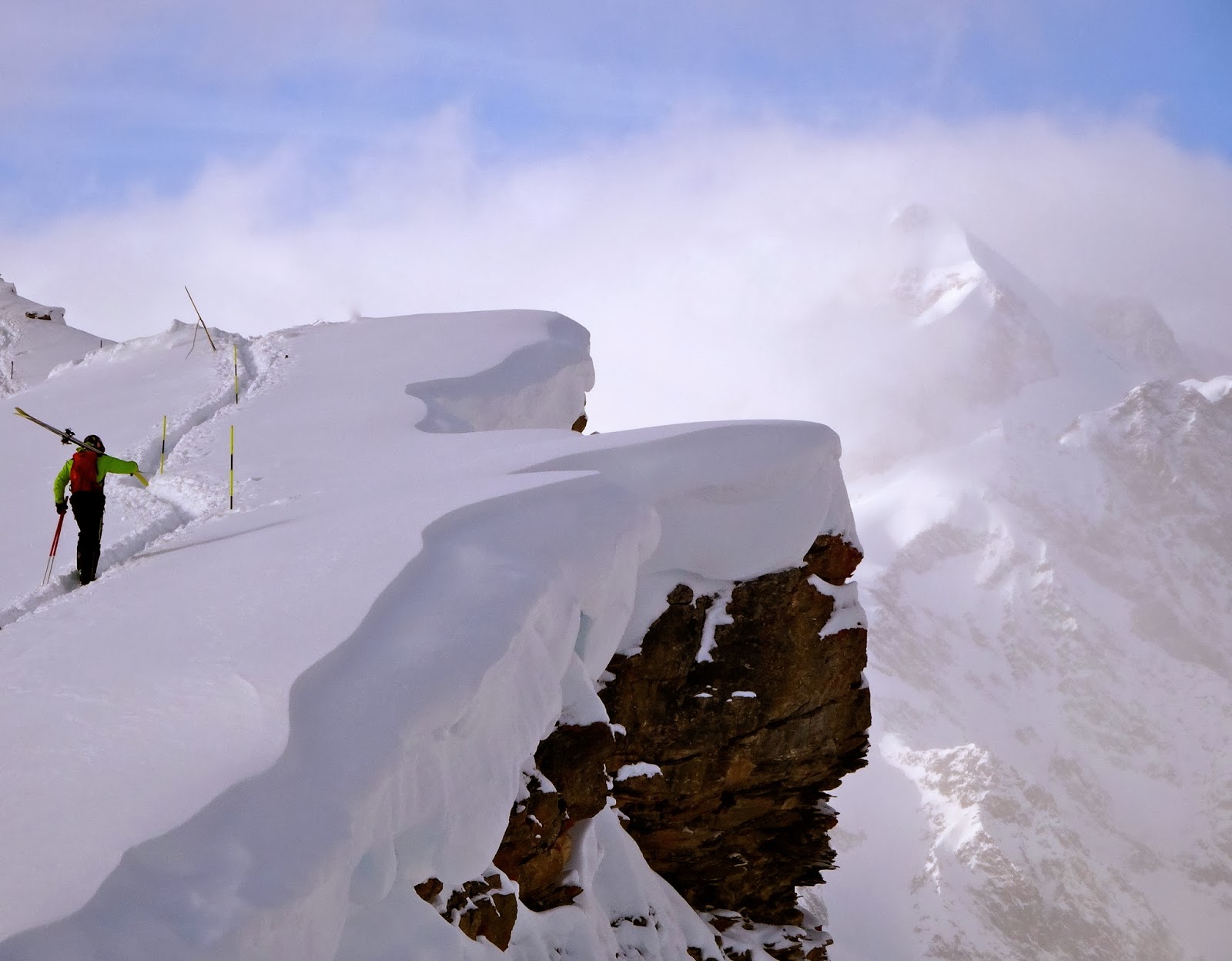 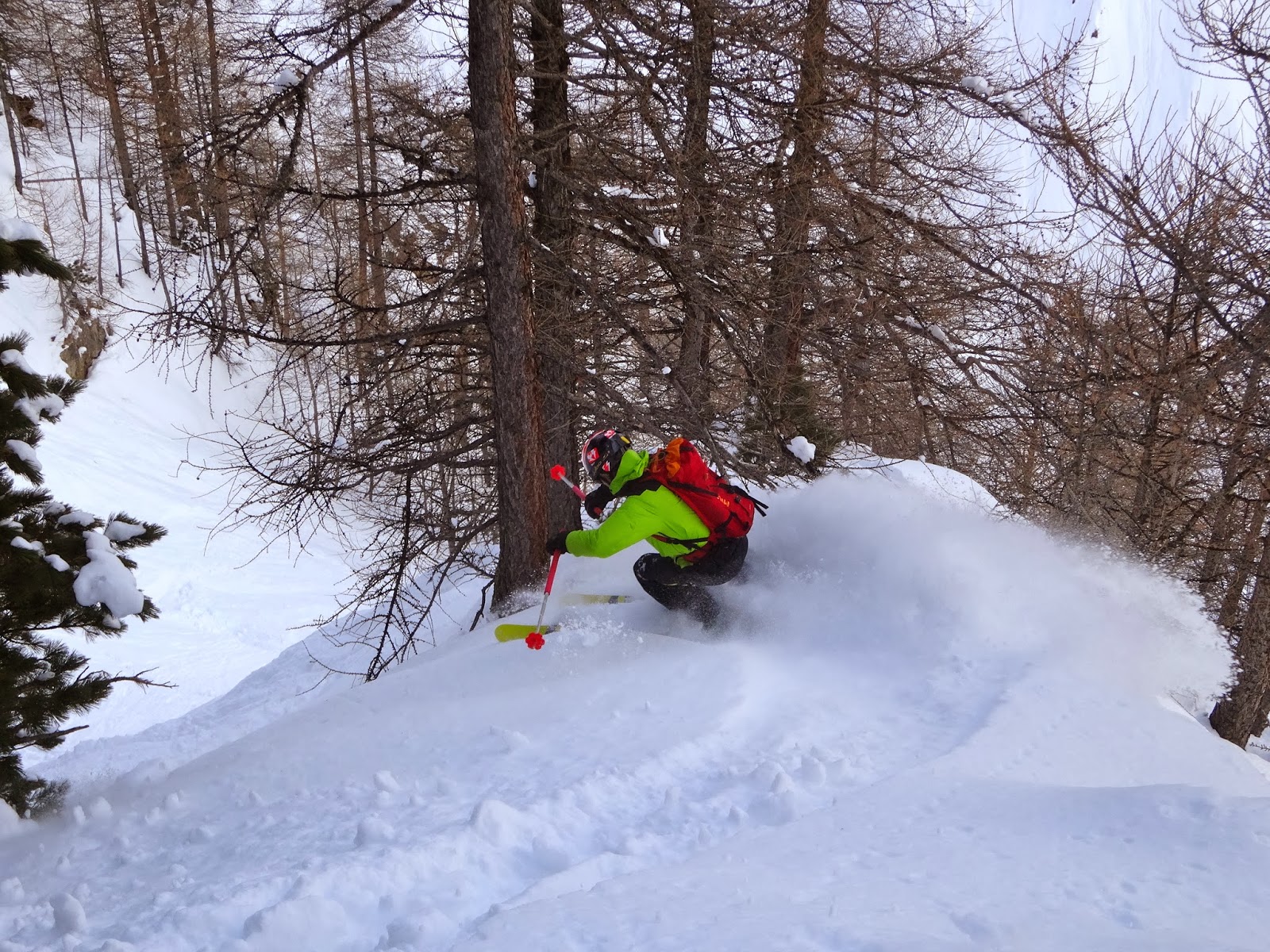 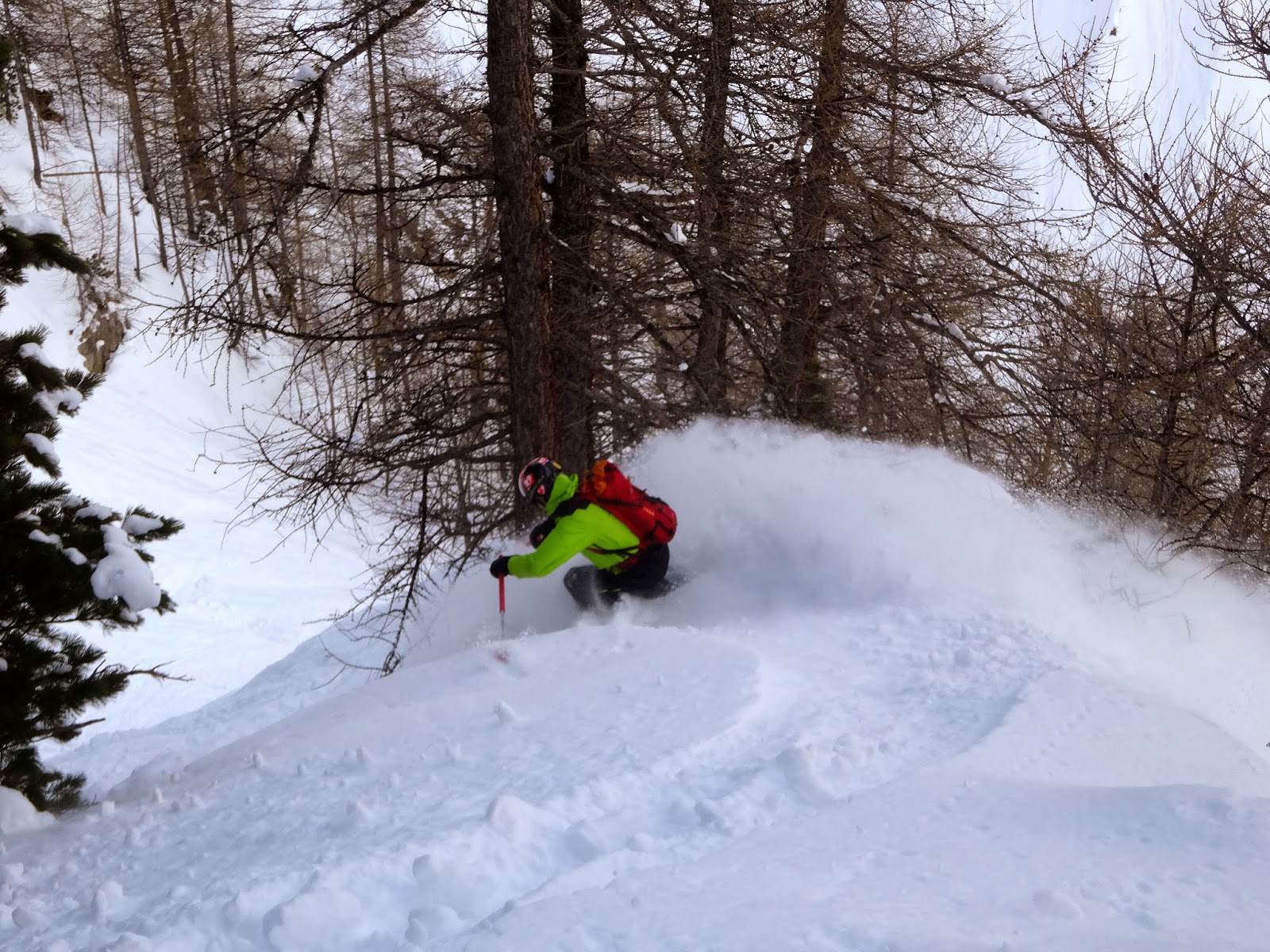