Feathertop has looked magnificent all winter. Every time I have glanced her way this season, I have spied a new line, face or couloir. And even with the heavy melt now upon us, she is still looking awesome. But every time I have tried to get out to her over the last few weeks, my way has been blocked by some means or other.
With the frog-in-laws arriving to wombat-sit over the school holidays, I had made good with car and restaurant bookings - and spent a very solid two days with the kids en piste, mostly spent supervising Balti who has progressed in leaps and bounds. I can't really remember what I was skiing when I was four years old, but I am pretty certain it wasn't double blacks. He will grow up believing that a black diamond run is bog-standard beginner. And he goes pretty much flat knacker all day.
It was amazing how few people were on the mountain over the weekend, with HV pretty much all to ourselves. With brilliant sunshine and soft (albeit desperately patchy) snow, it felt like our own private ski hill, and a perfect opportunity for the kids to lift their speeds and skill-sets. 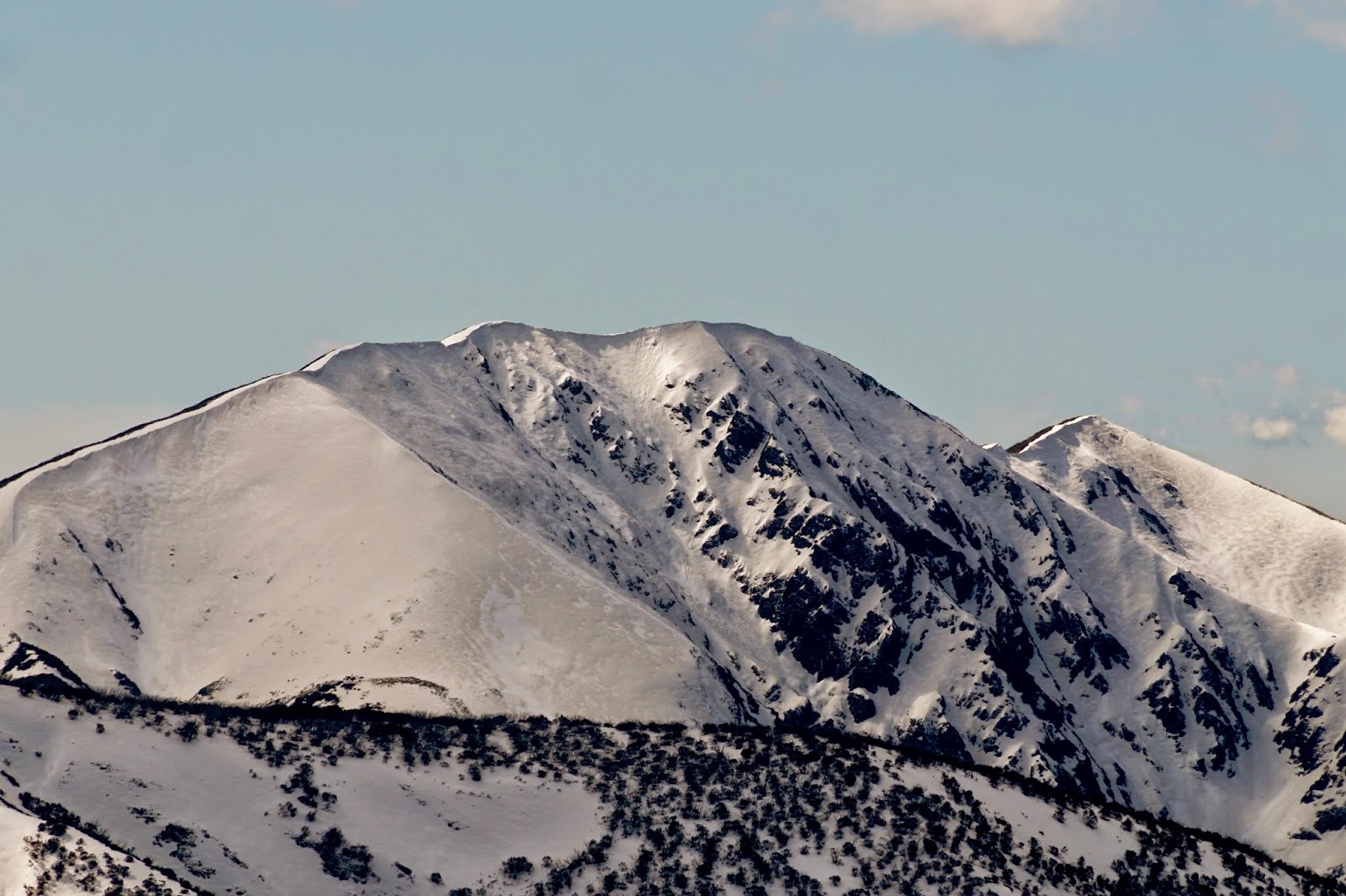 I was all packed for an alpine-start Sunday assault on Feather, but when my alarm went off at 5, all I could think about was the look on Balti's face when he awoke to find daddy long gone - and with an attack of the guilts I pressed the sleep-in button. And in the context of running and skiing a vertical marathon, there was also the small hang-over to consider from a fantastic meal the night before with Anne and Dom who were fresh off the plane. 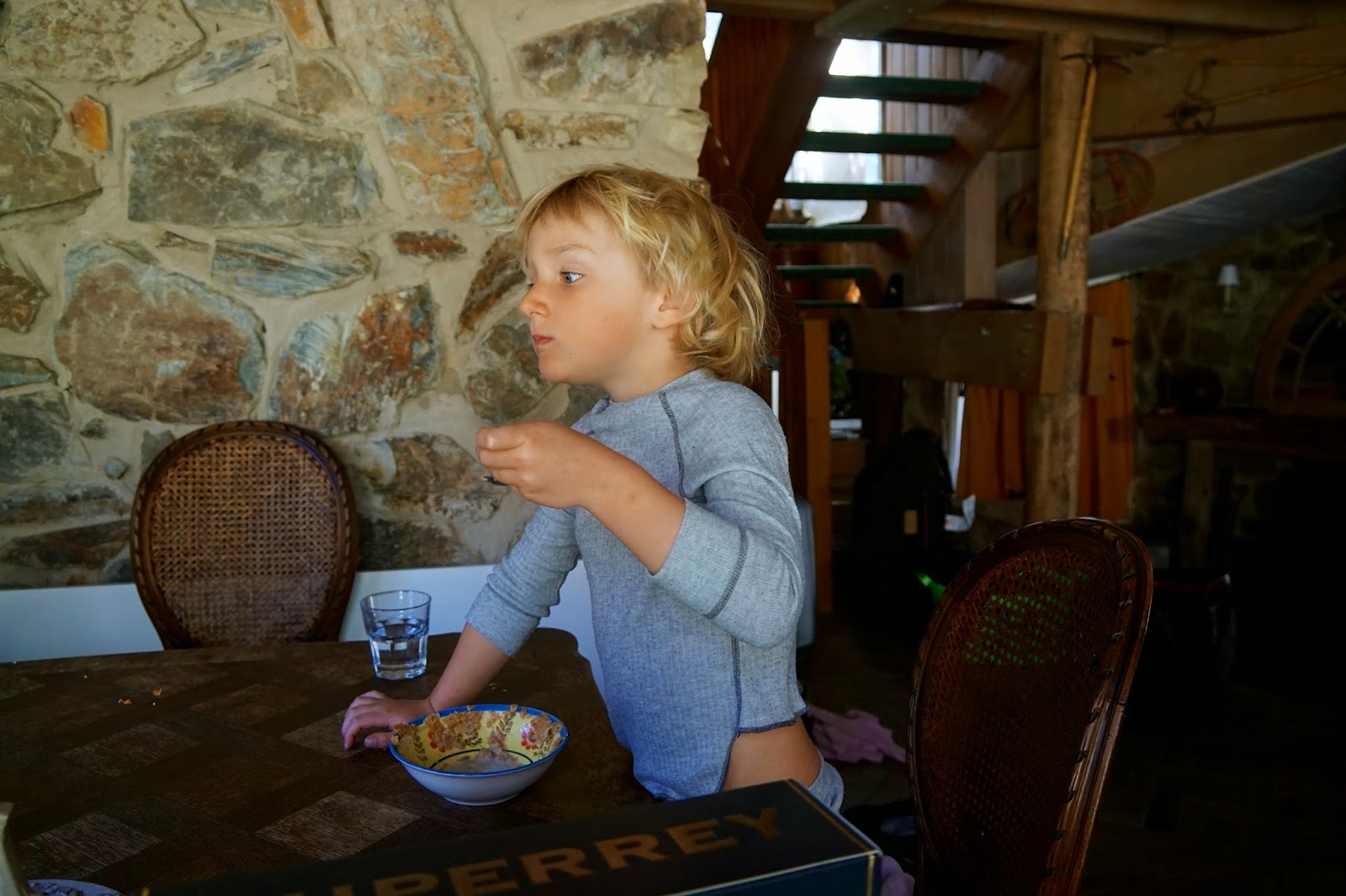 In fact there was a huge coincidental French contingent on the hill, with several families of the girls' school friends. There was a lot of French in the lift-lines such that were it not for the mud, gum-trees and small flat mountains, we could almost have been in Courchevel. Charlotte also skied over an echidna, which is a little different to a marmot. 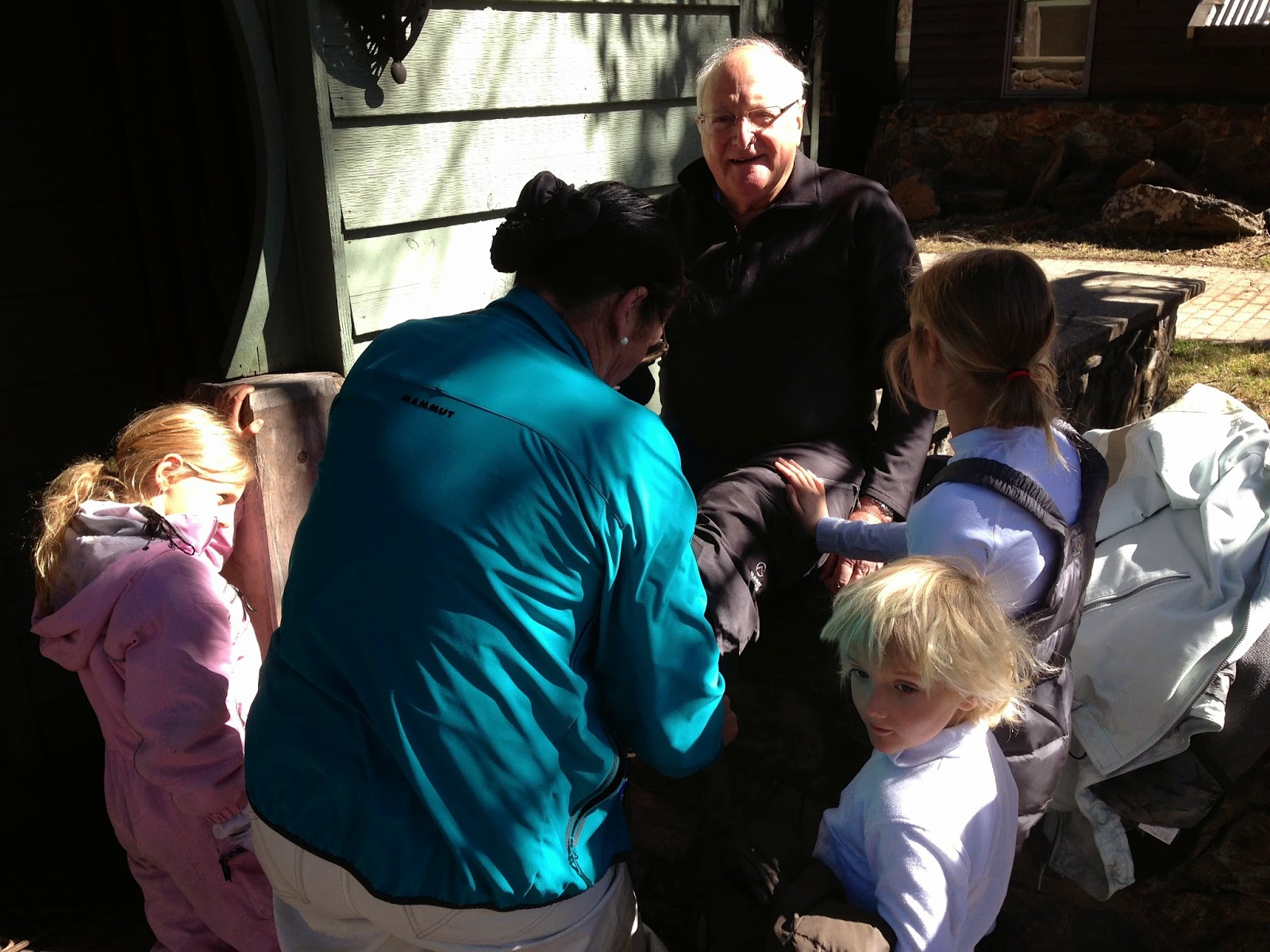 It took several bowls of Weetbix, a wife and three wombats to get grand-pere's boots on, but eventually we were up the hill in the sun and slush. 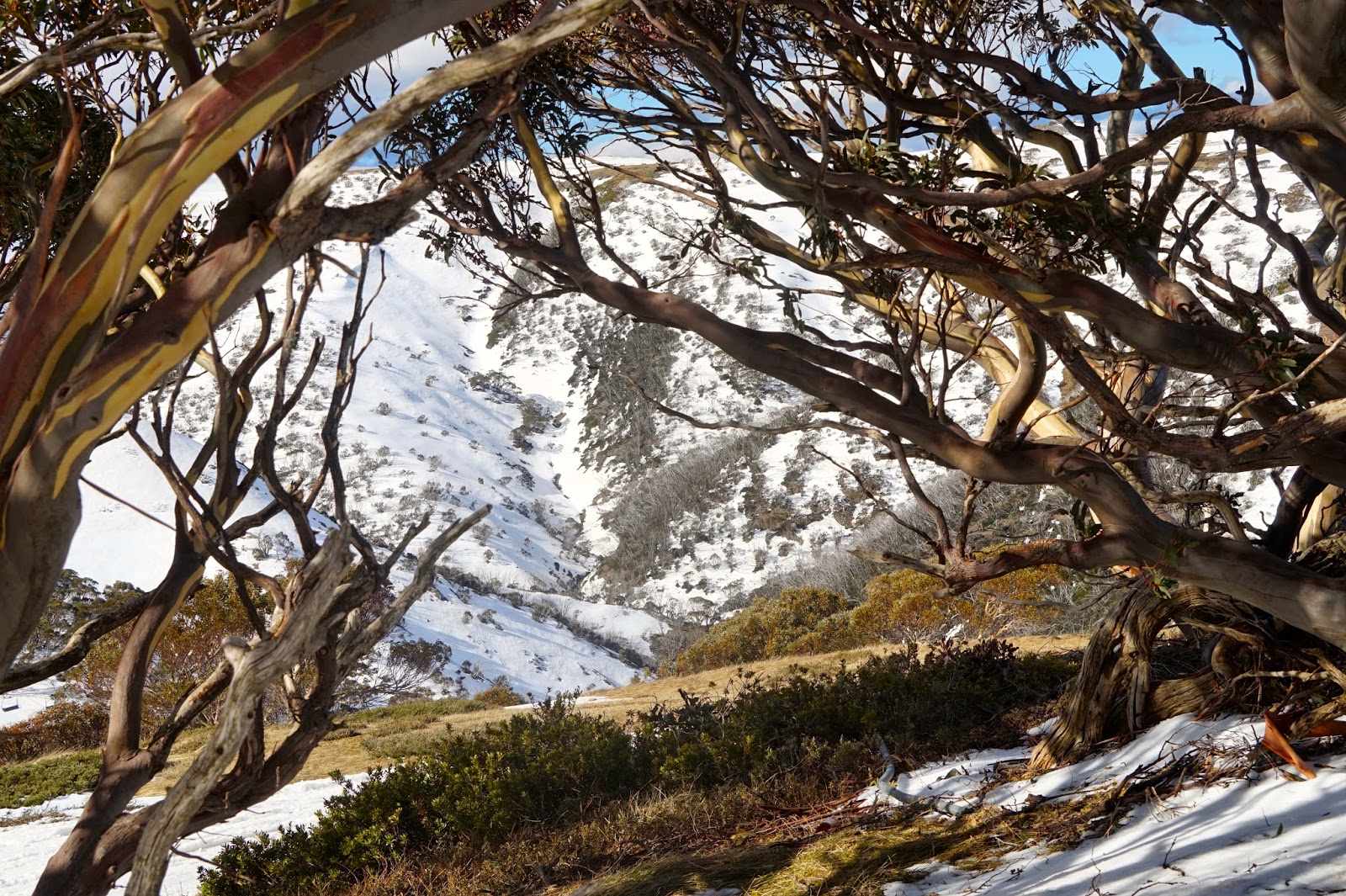 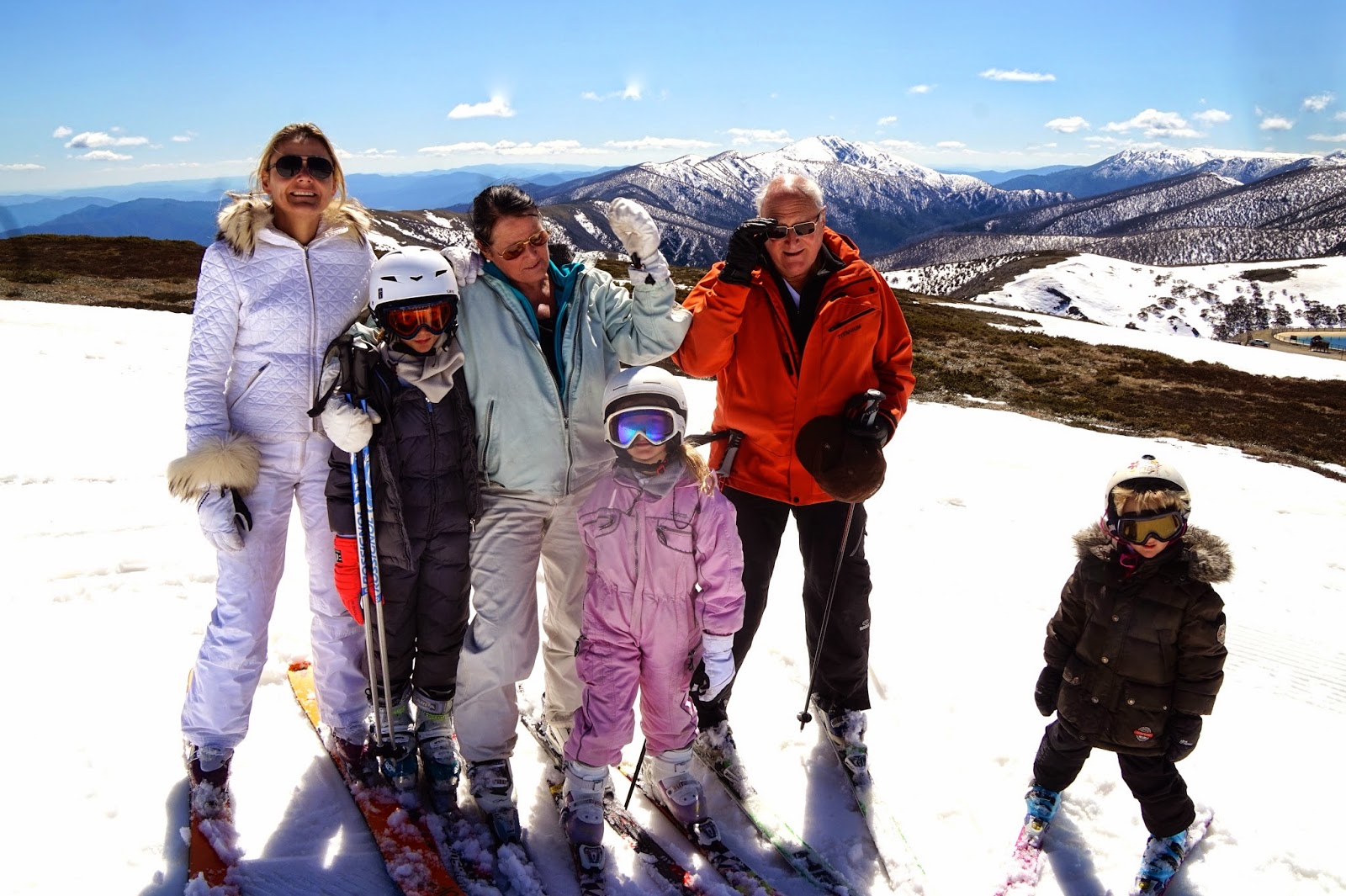 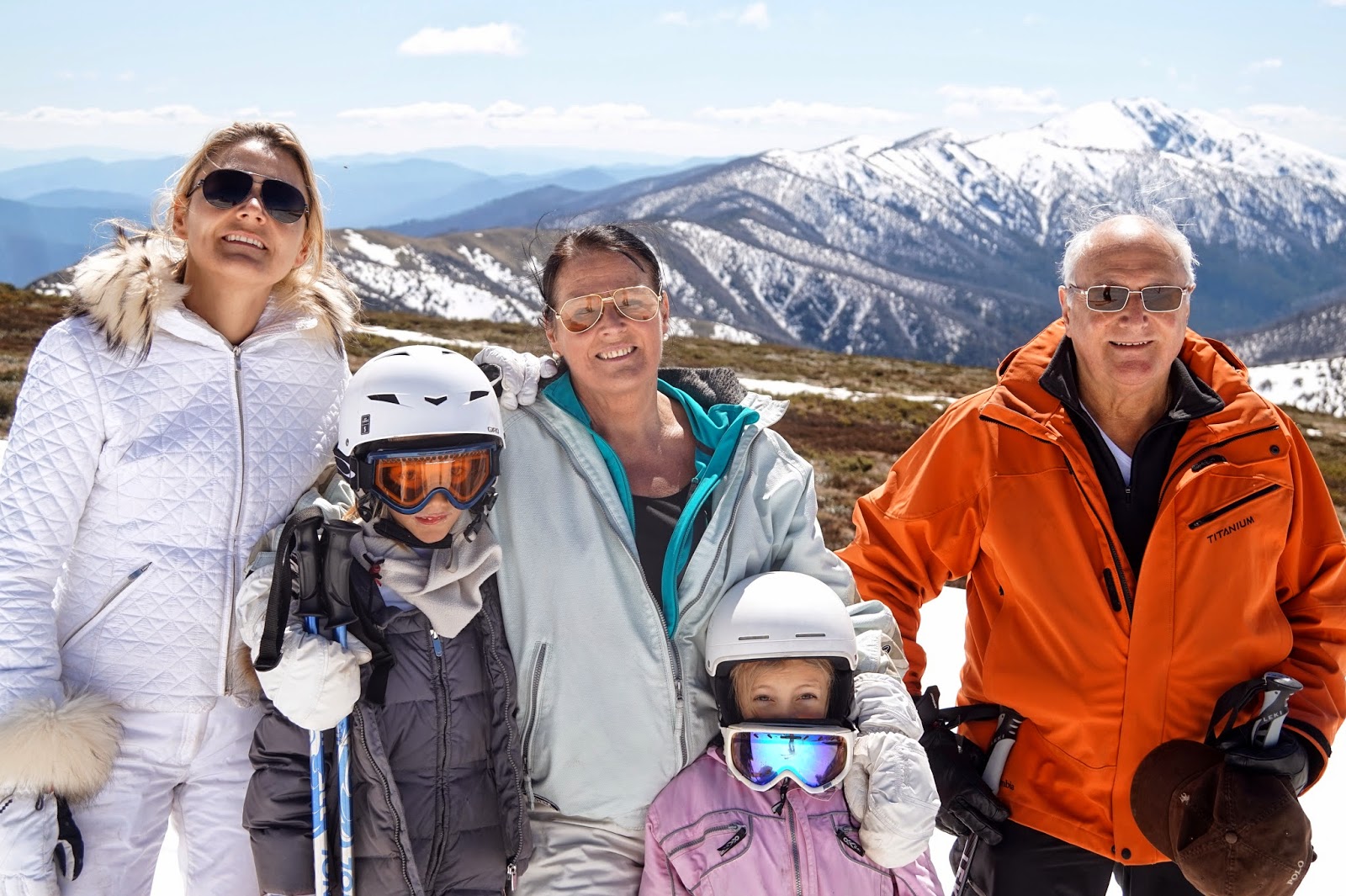 We took lots of family photos, partly because we don't often ski with Anne and Dom in Oz, but mostly because it is a virtual impossibility to get my kids to smile simultaneously, and without looks on their faces suggestive of some heinous torture. 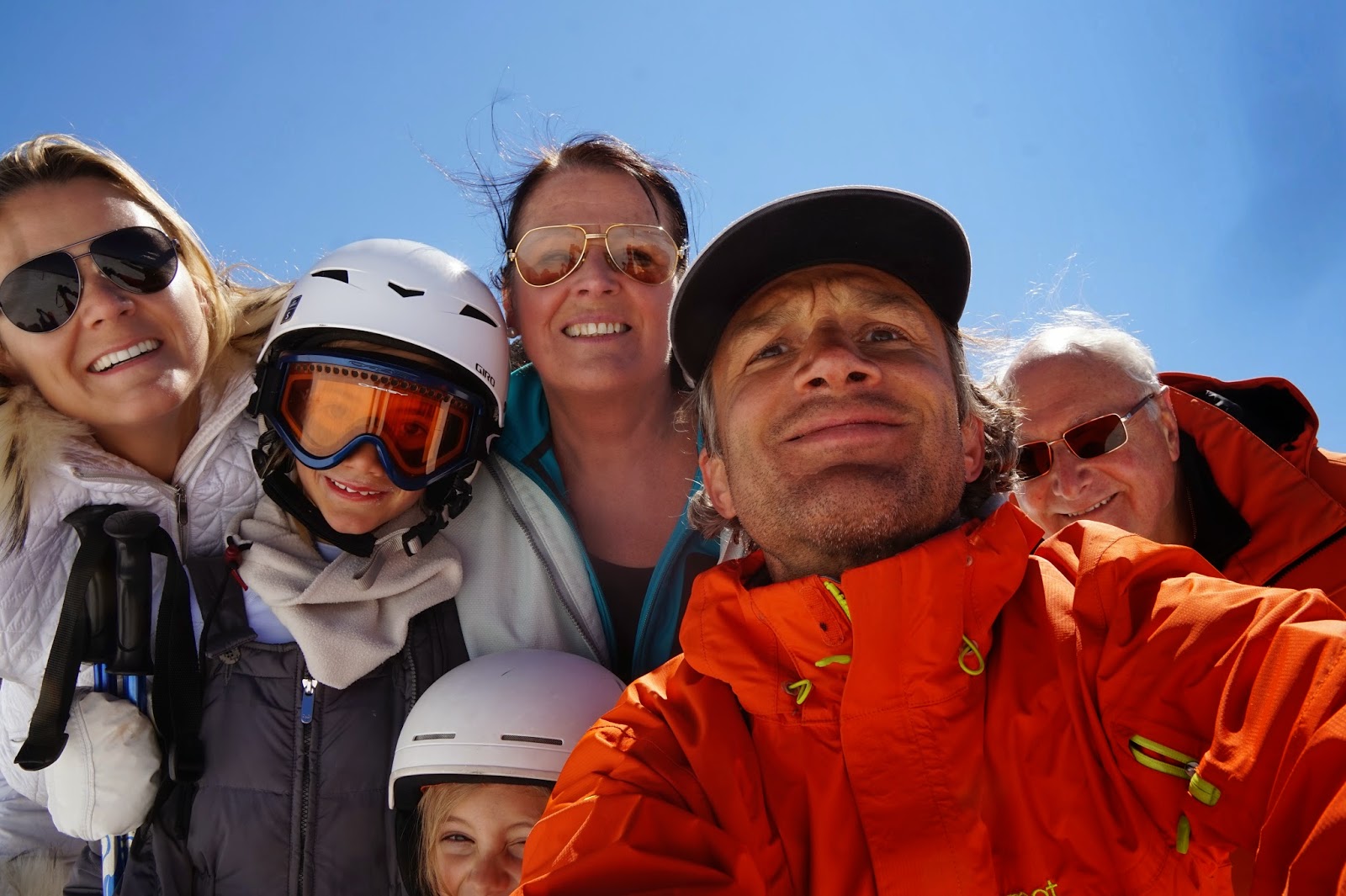 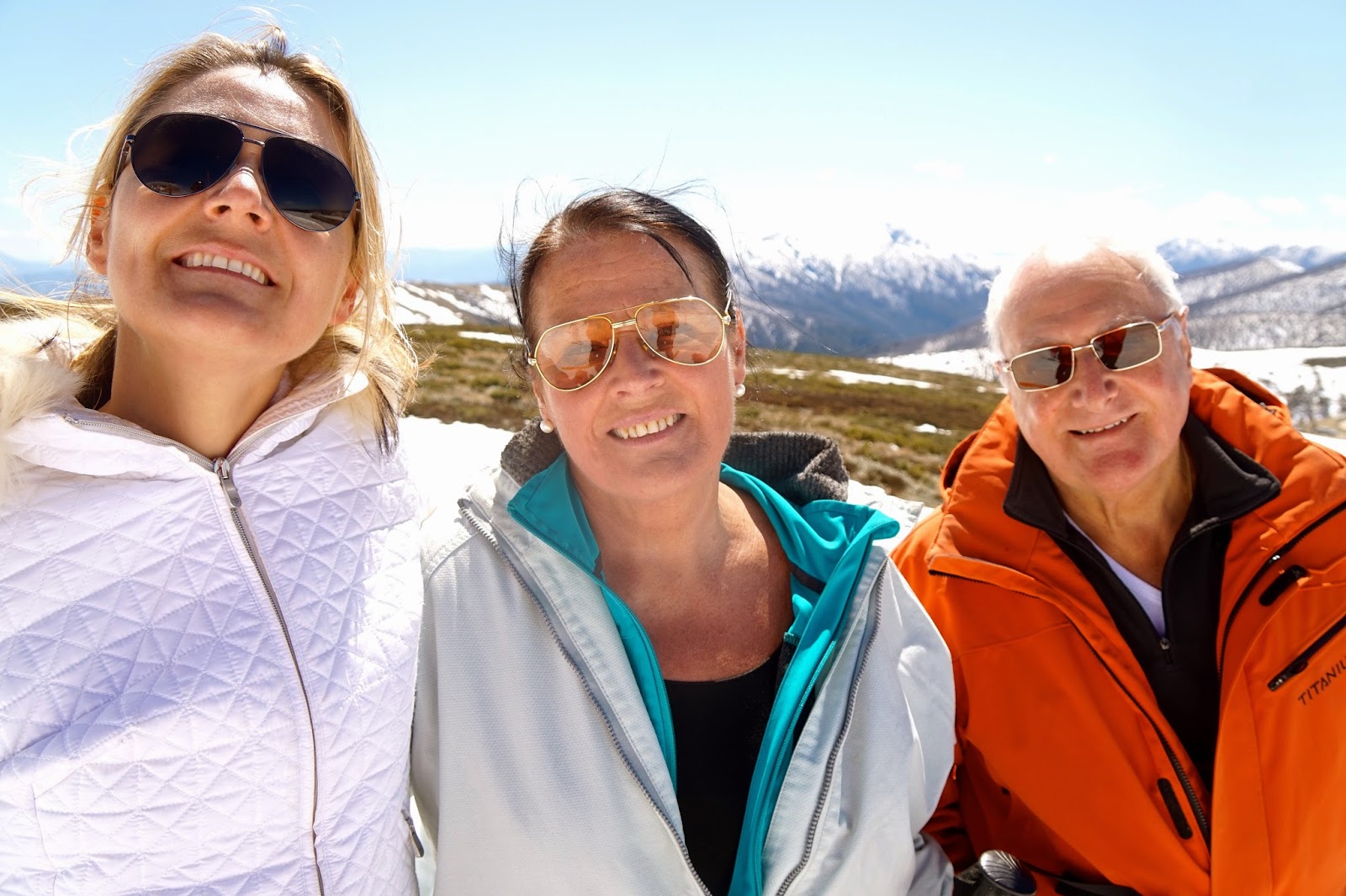 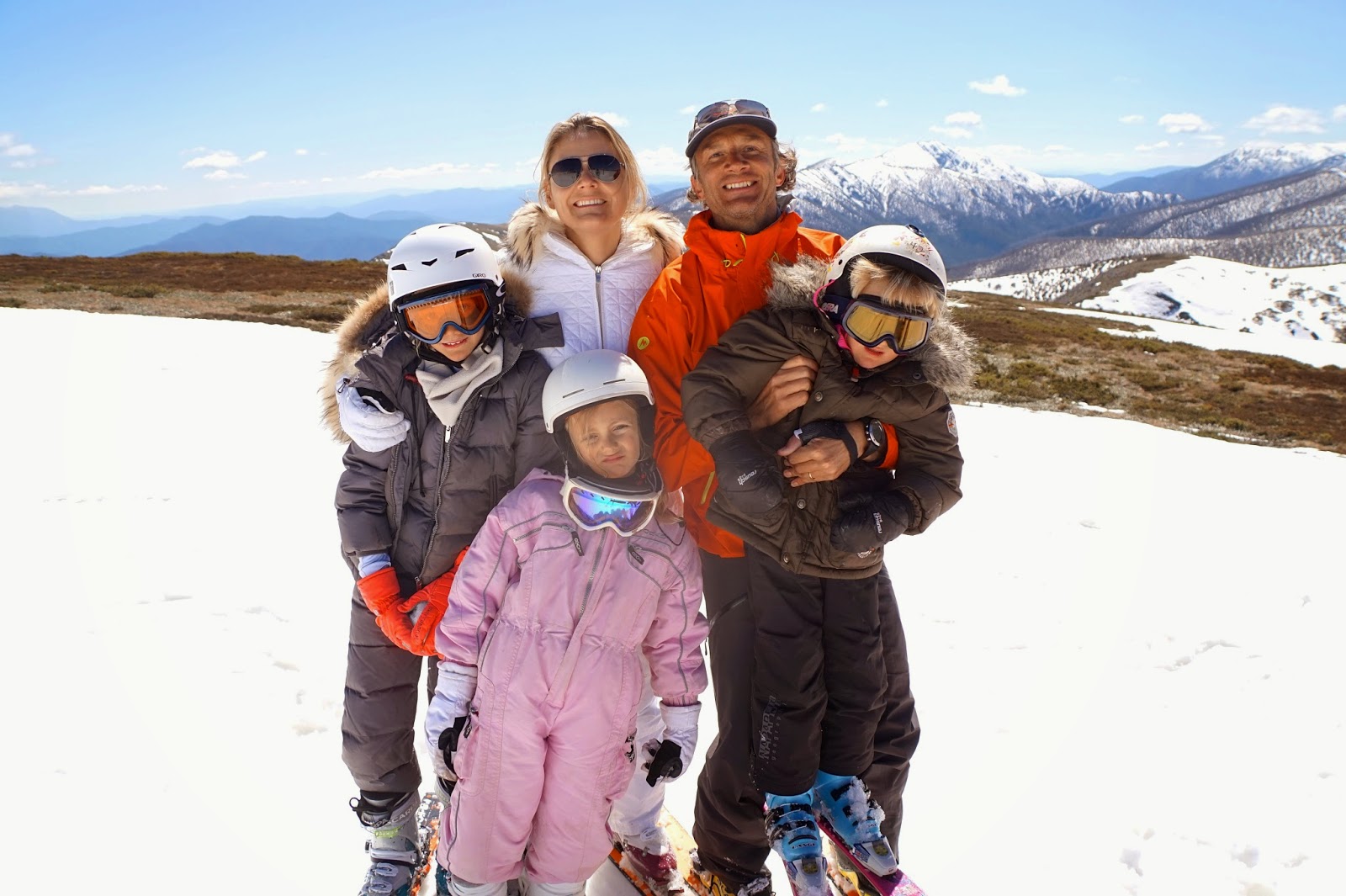 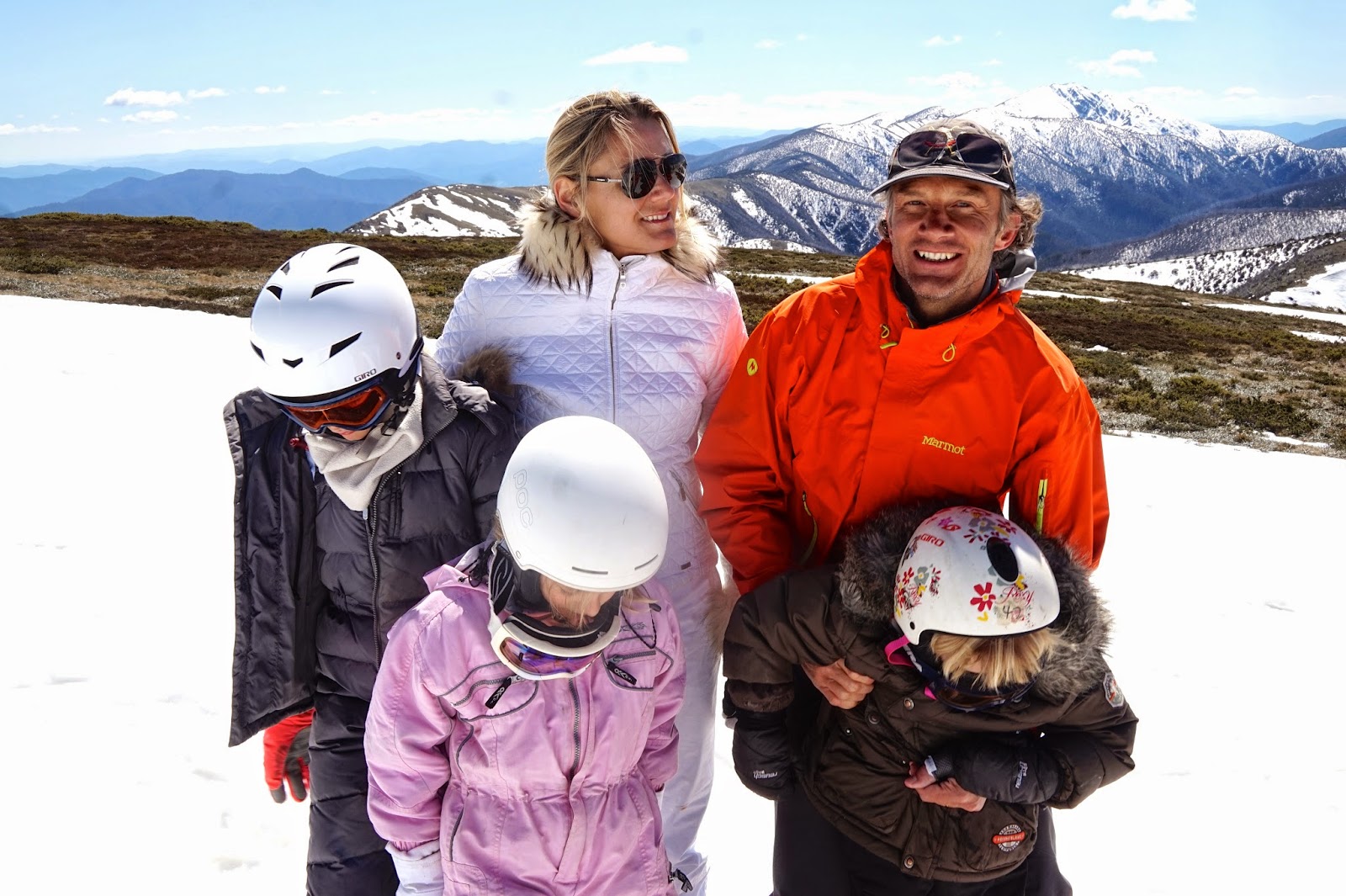 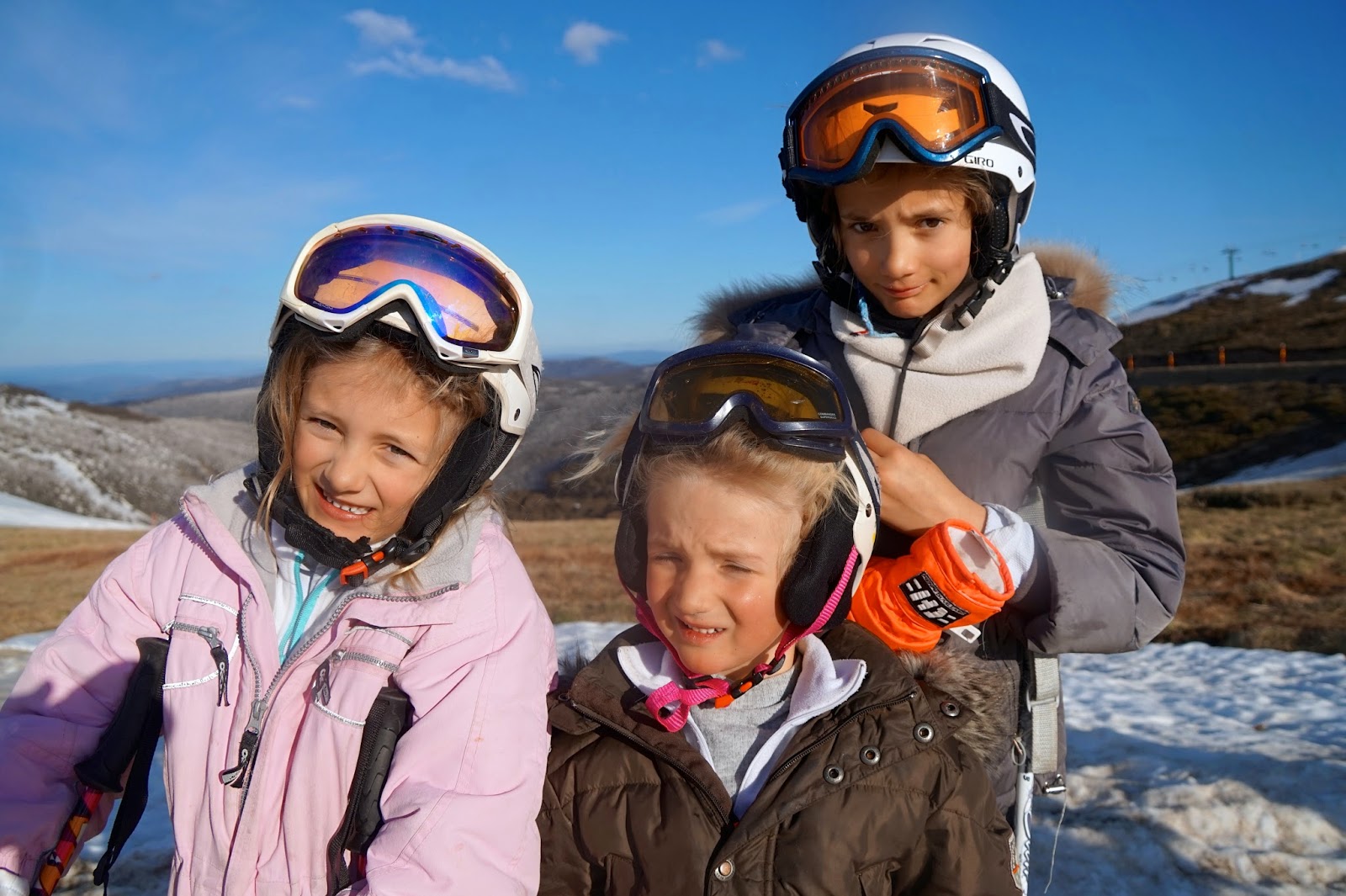 In years to come the children will either love or loathe me for indoctrinating them with a sport and pastime far more addictive than crack. Whilst this will depend a little on whether it still ever snows in Australia, at least they will always have a love for the mountains. 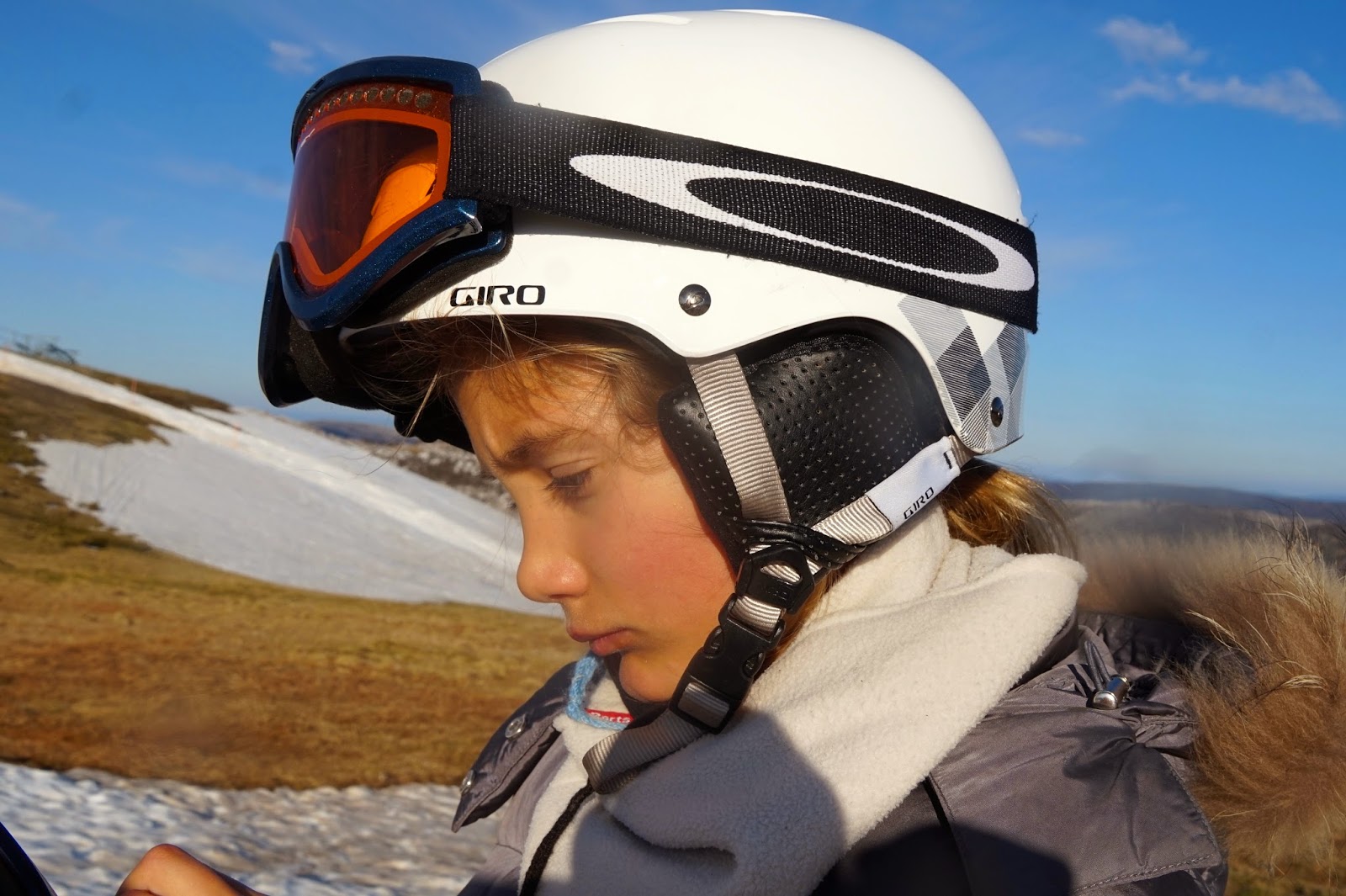 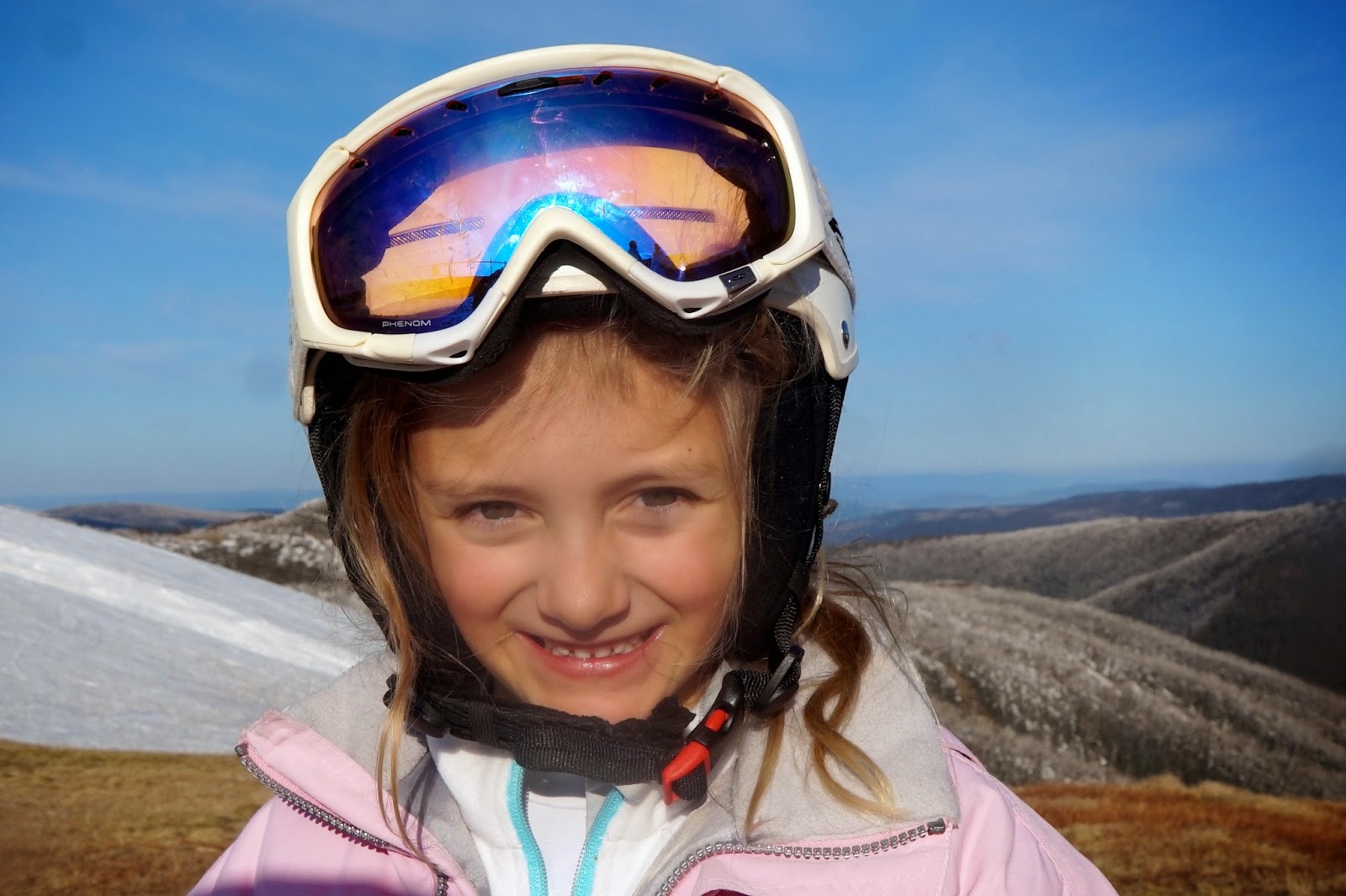 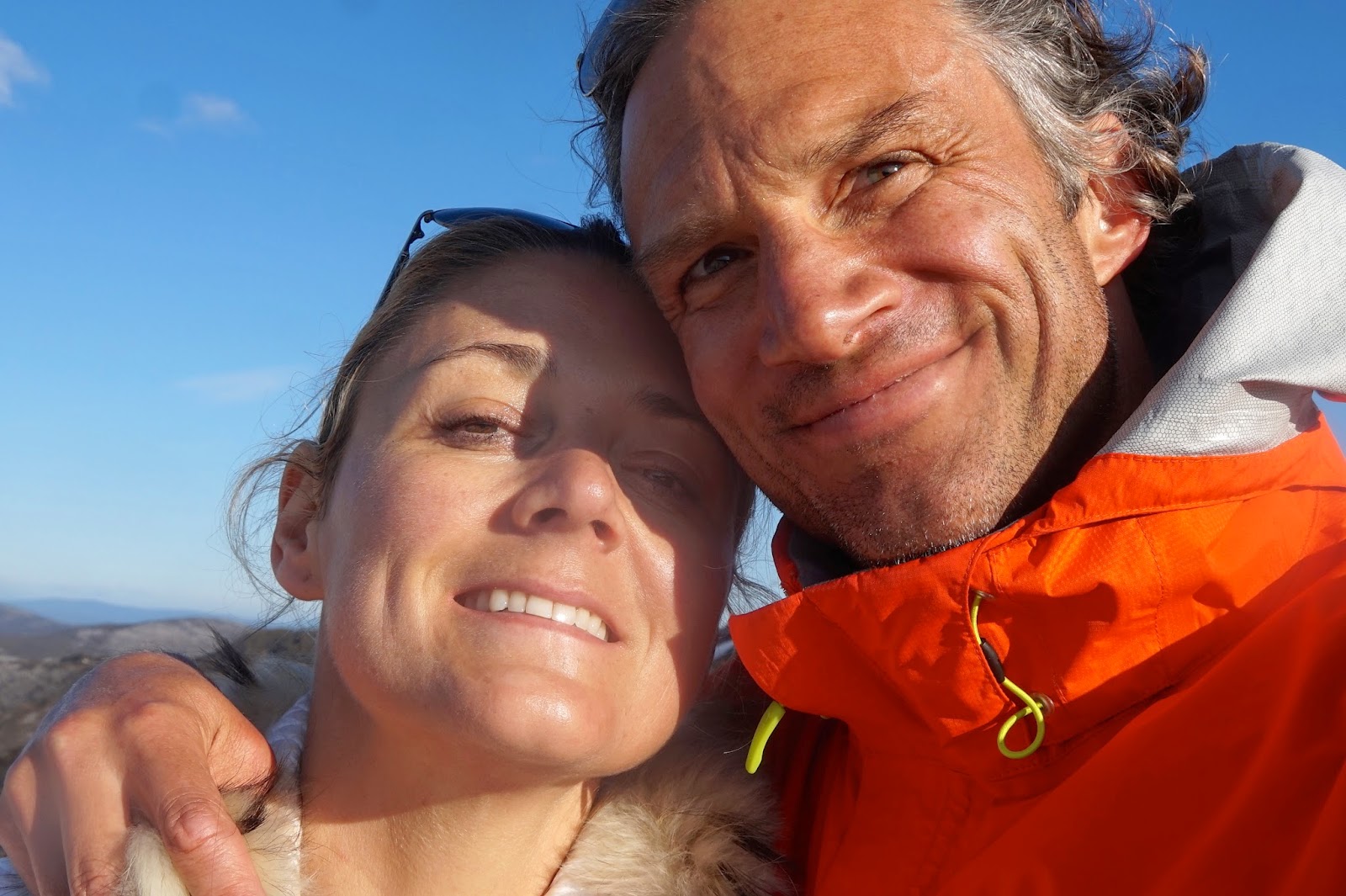 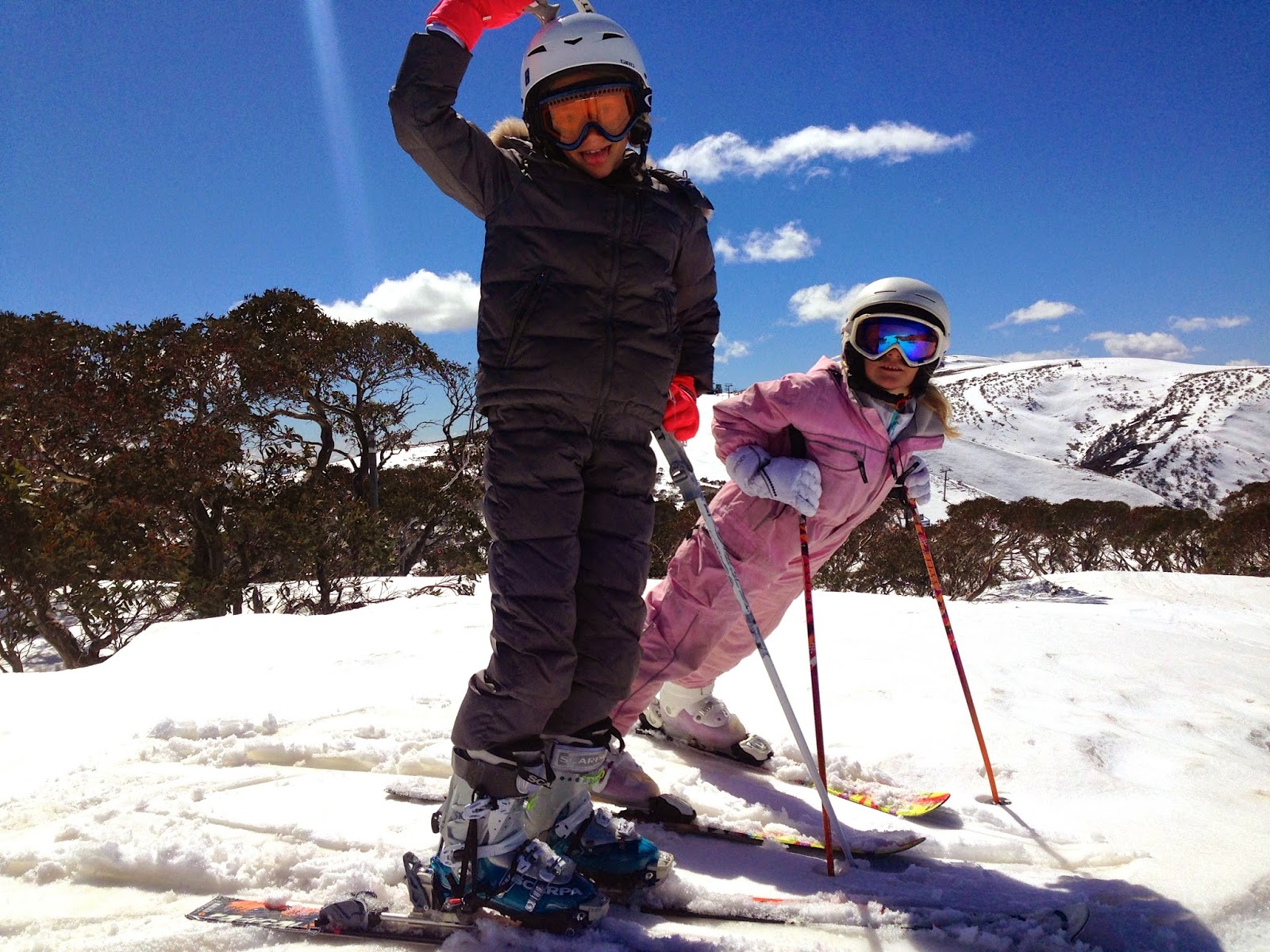 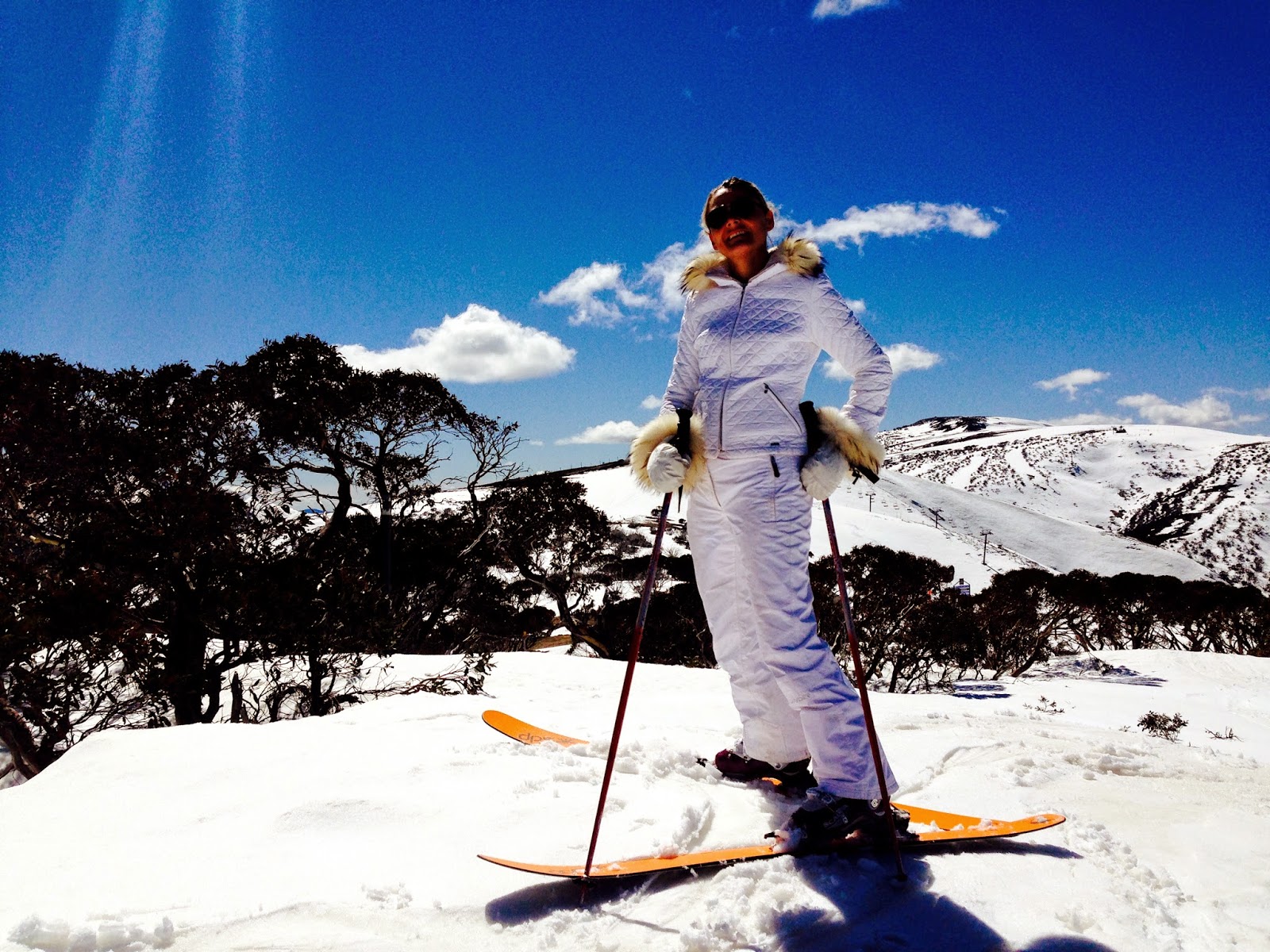 The best thing in the world, even better than a day's ski-touring out on Feather, is a day spent skiing with my beautiful wife. 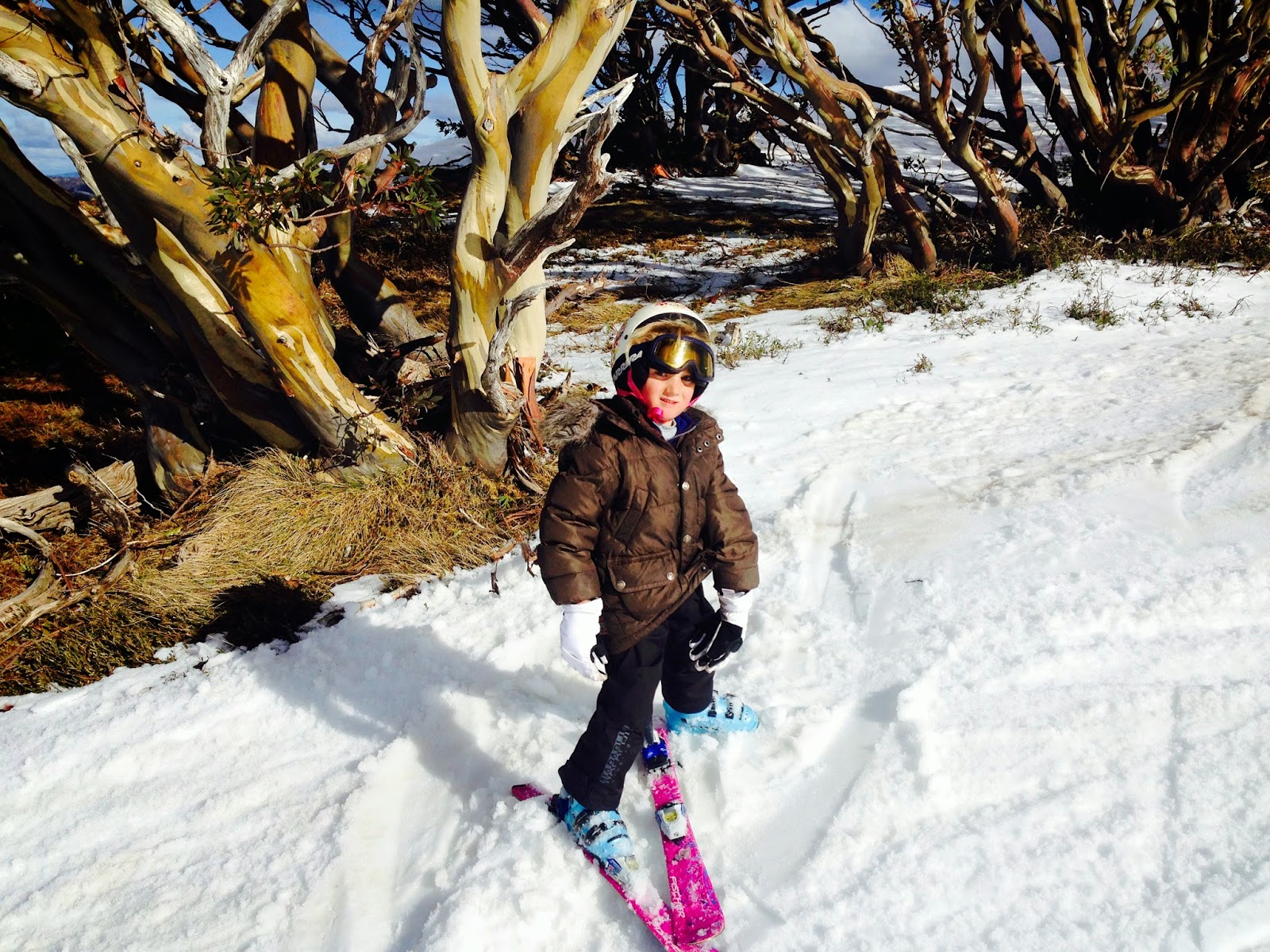 And maybe not quite the next best thing (yet), but coming close, is skiing with my most recent new ski buddy. It'll get even better, I'm sure, once he can get dressed and put his boots on all by himself. 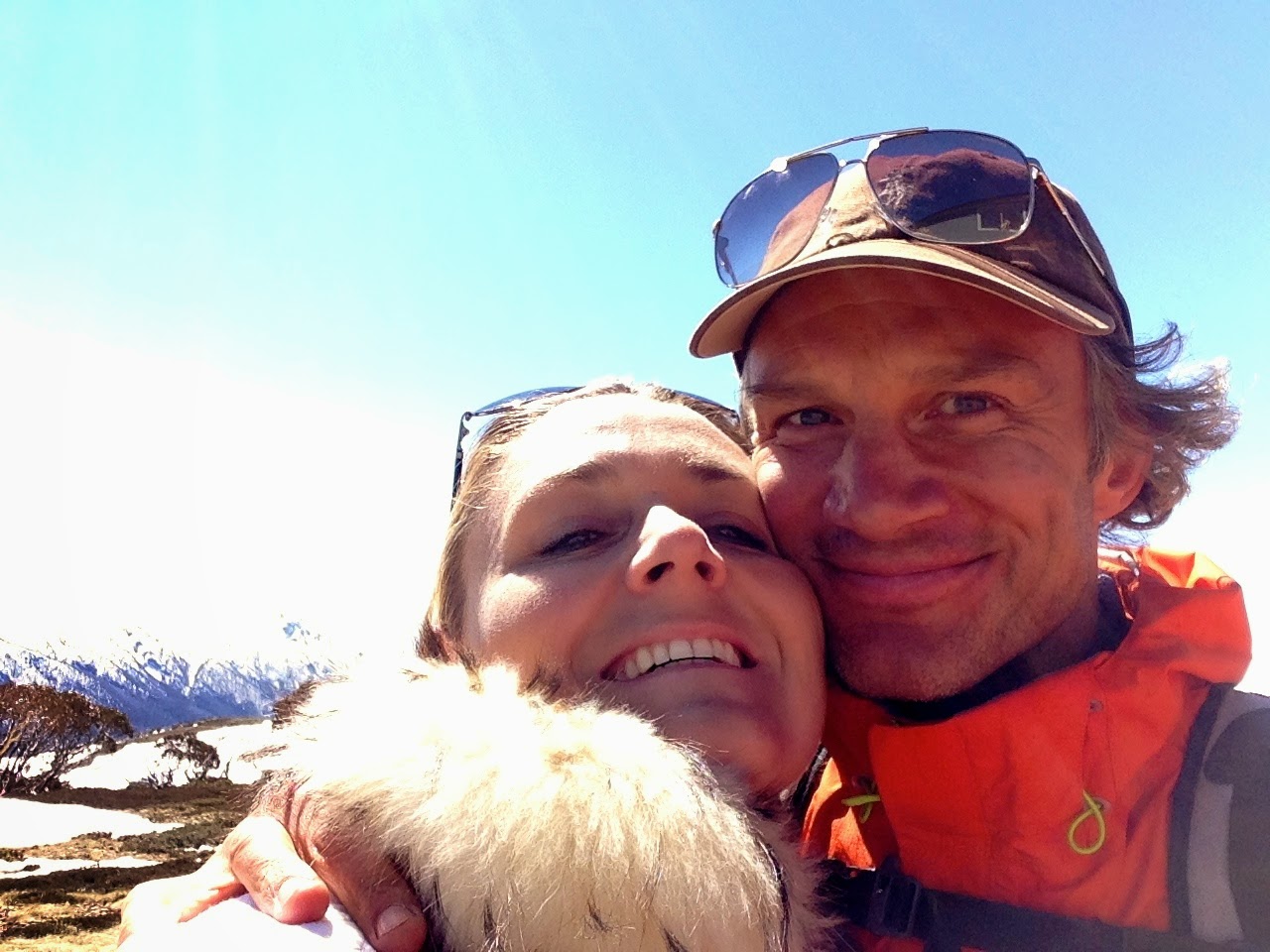 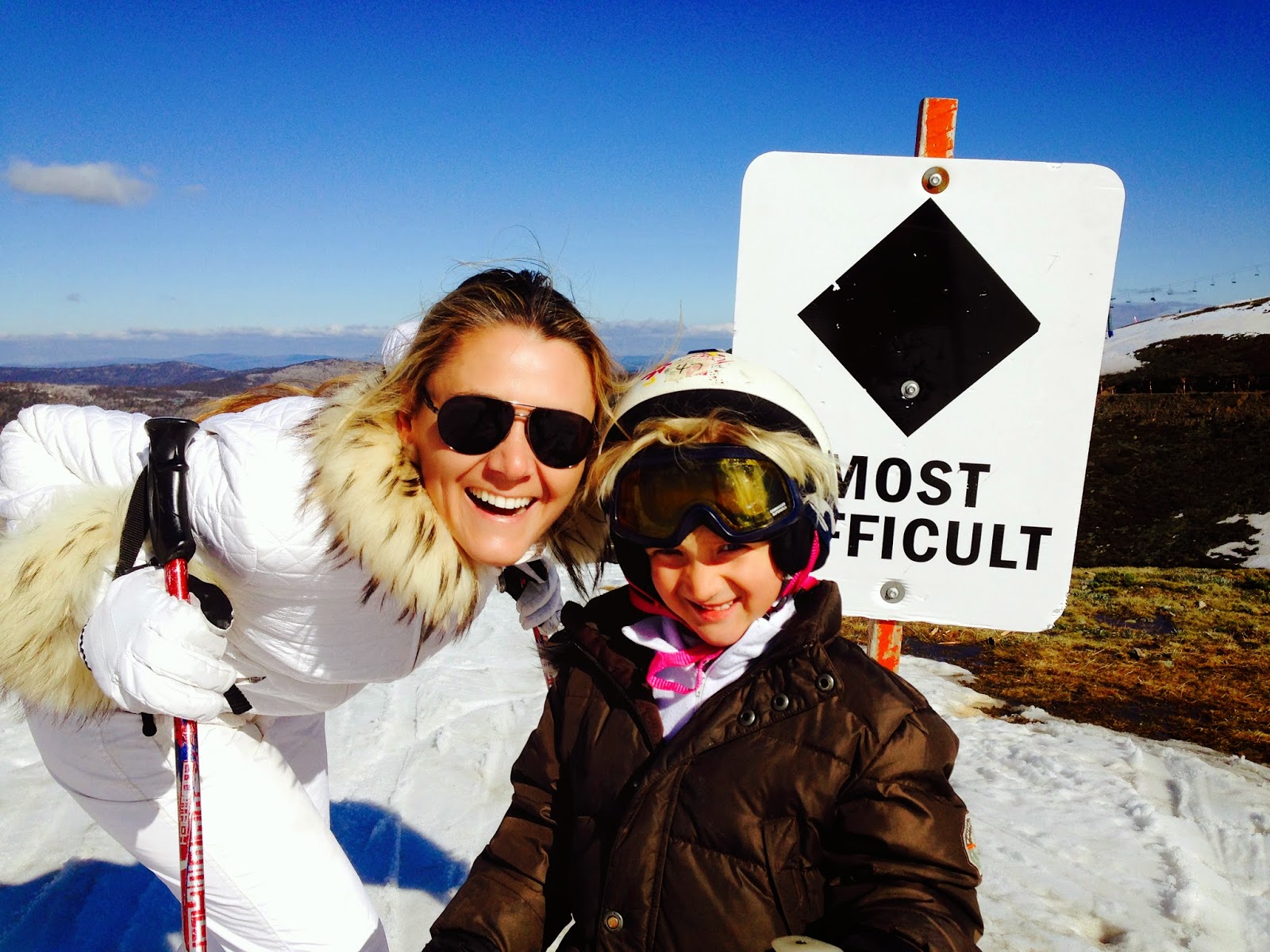 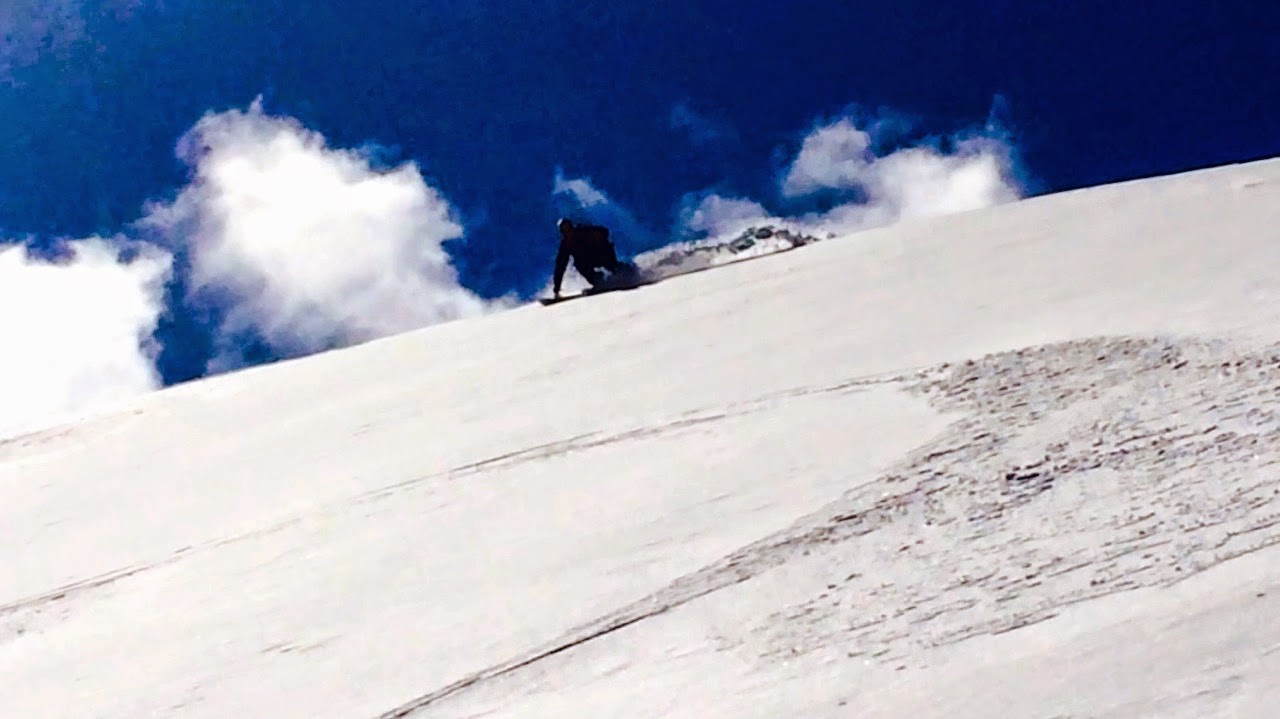 Oh yeah, JP was also up on the hill and finding fabulous pitches of untracked corn, with small pockets of fresh in Dargo Bowl from last weeks' small snow event. The bastard. He was also supposed to accompany me out to Feathertop on Sunday, but had pulled a last minute "patella tendonitis". He texted me the above photo taken on Saturday which demonstrates, quite clearly, this nasty condition. 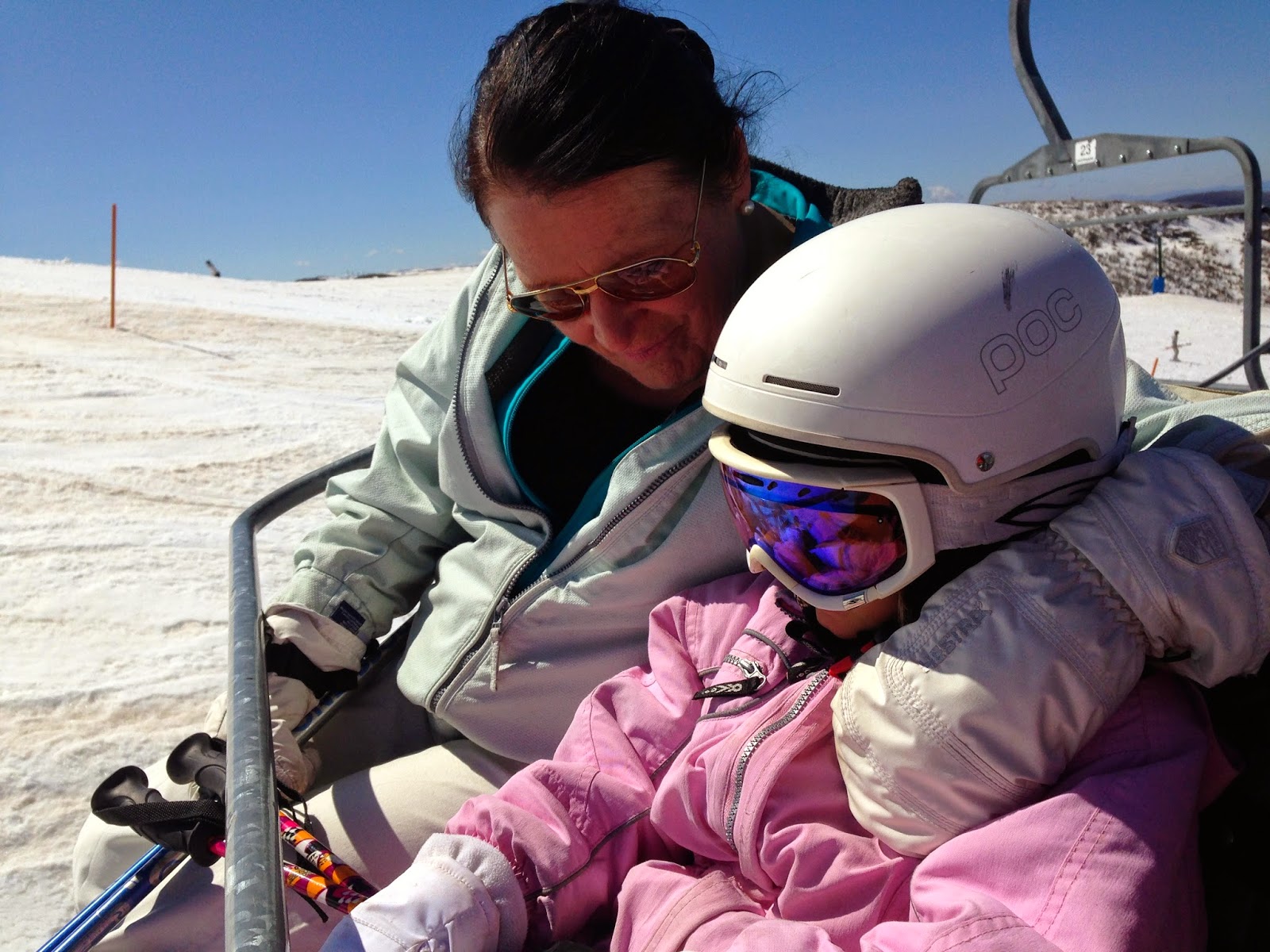 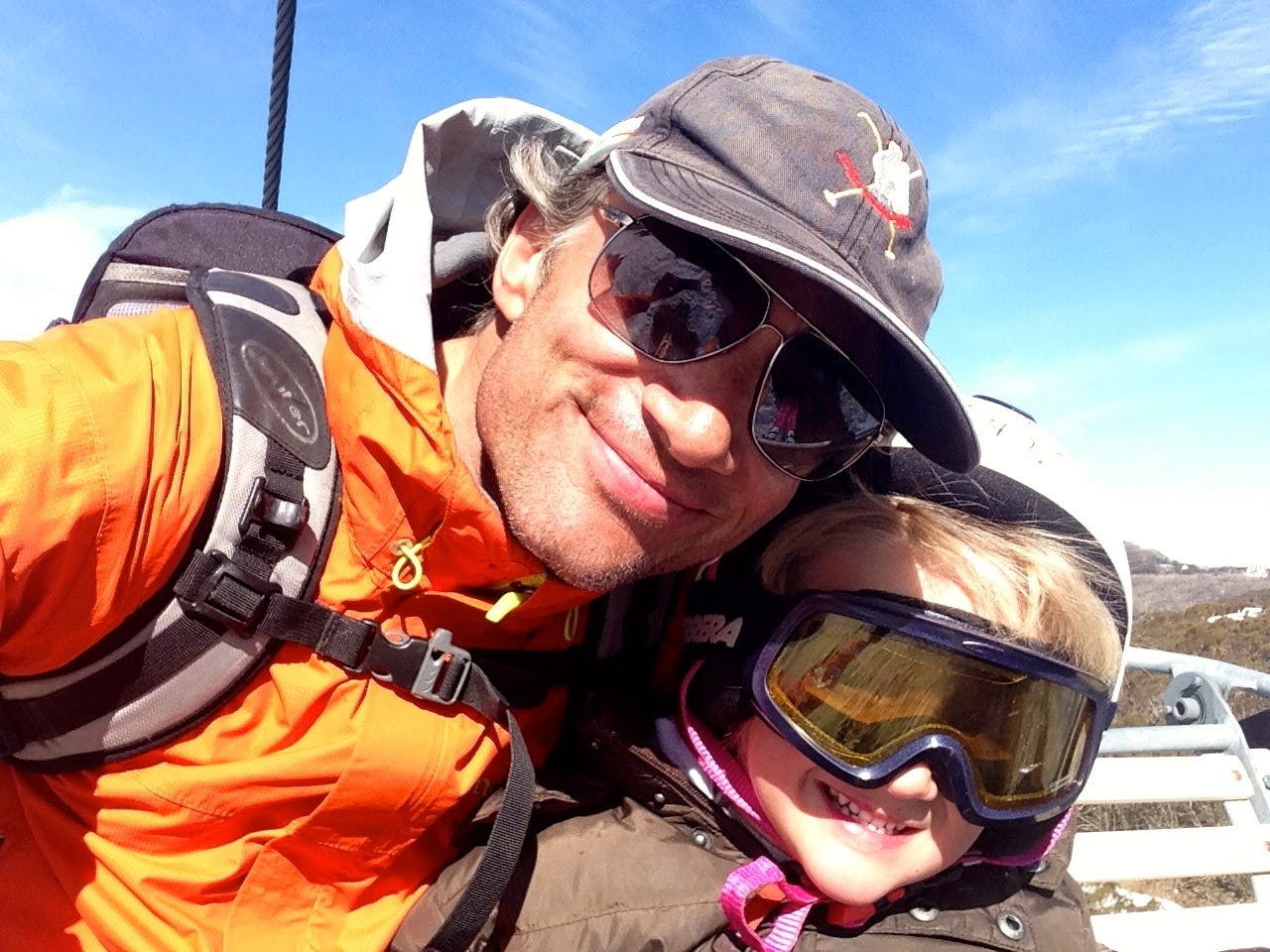