After the best day ever, the Ocean Adventurer sailed back north overnight to a sheltered bay at the southern end of Brabant Island. When we woke, the weather had turned it on again with a few morning clouds rapidly clearing to a perfectly still and sunny bluebird, with the snow eventually corning up nicely.

The Antarctica Tour Operators Treaty seems to work well despite the increasing number of ships, advanced bookings of Bays and landings meant that we saw only one other boat for the entire time away.

There's only 100 people allowed on land at any time, so the size of our boat was optimal. There are also extremely strict biosecurity rules. No eating or even peeing allowed. And my manky old skins had to be meticulously picked clean and treated with biocide on the voyage over. Even Bill Barker's beard got a workout.

After a crusty morning climb, Mark discovered a private little beach for us to ski down to with the magnificent sounds of calving seracs. The water proved so inviting that Marie-Laure was compelled to get out of her ski boots (and most other things) and have a dip.
Whilst it's definitely not a moment to be discussing whales or seals, I particularly loved the afternoon's penguins that greeted our arrival for the arvo climb - and then later proved that even penguins don't care if you tele.
After the evening's BBQ out on the deck, my wife accidentally started a dance party, which soon turned in to party of the year as the sunset lit up our day's ski tracks with the most wonderful alpenglow.
Can't take her anywhere. 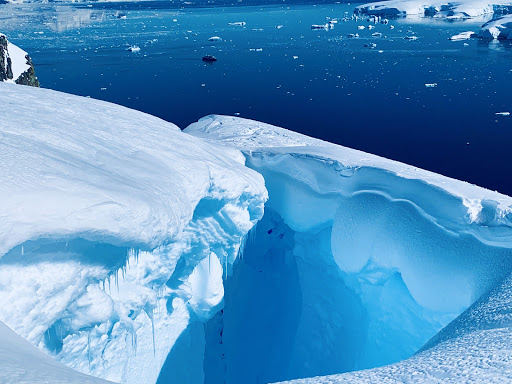 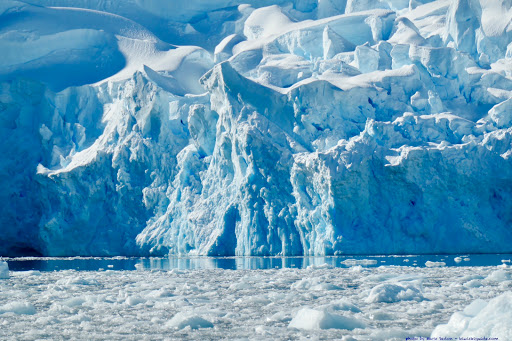 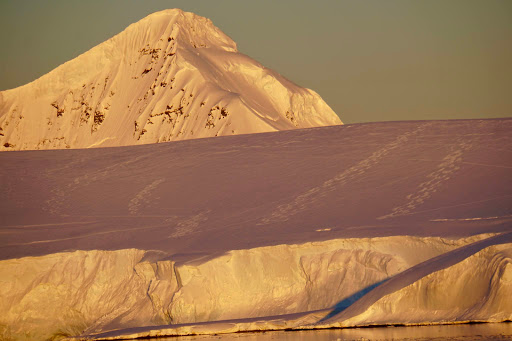 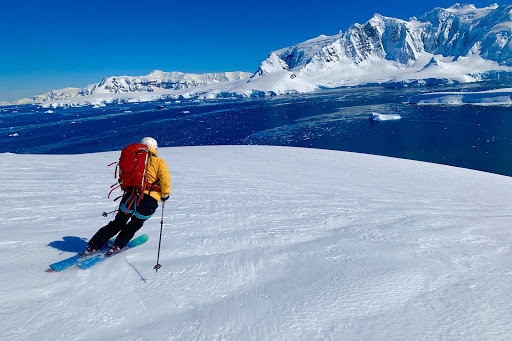 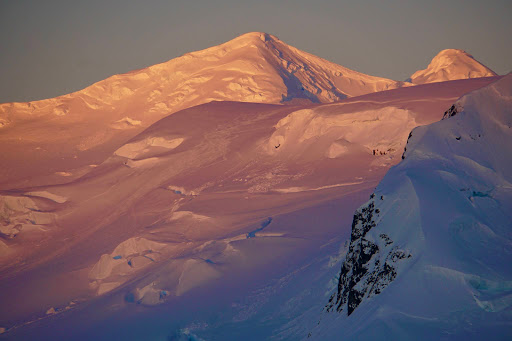 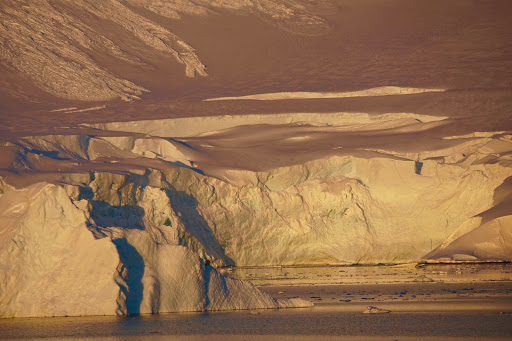 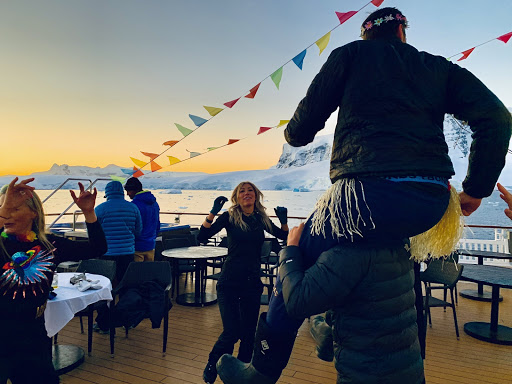 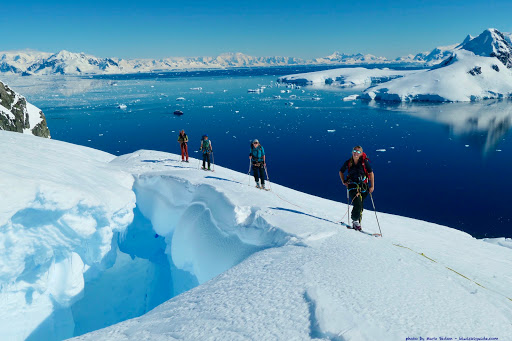 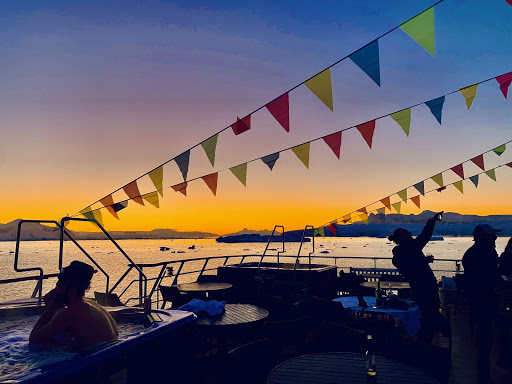 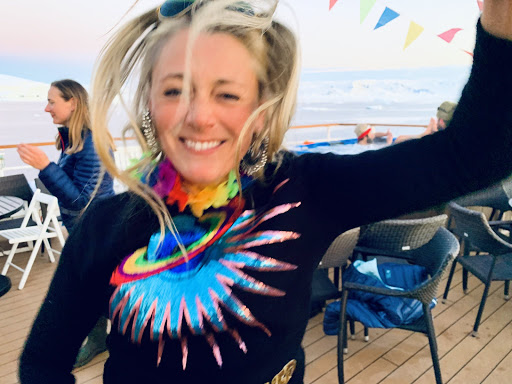 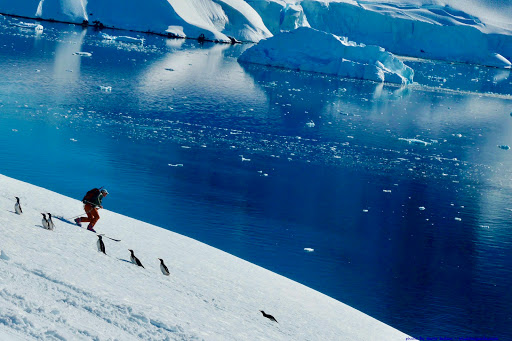 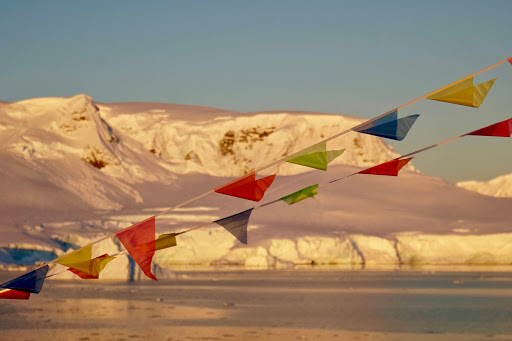 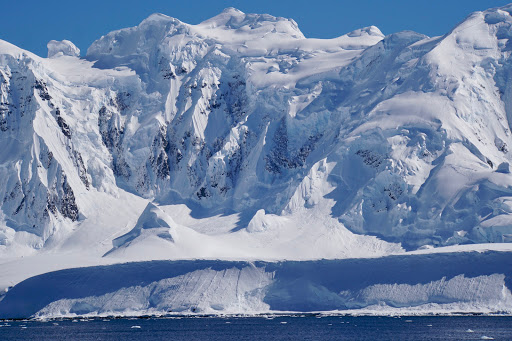 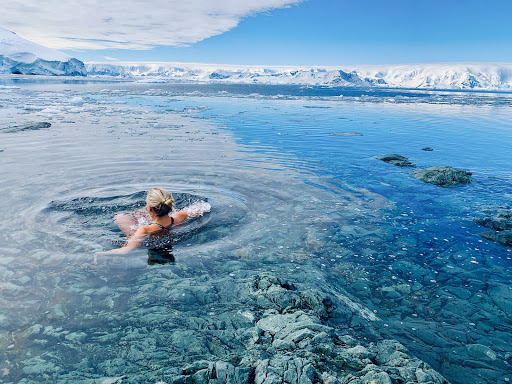 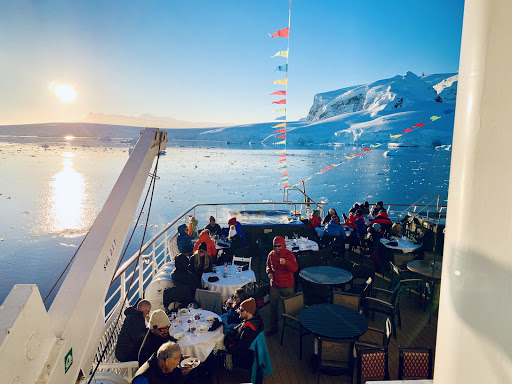 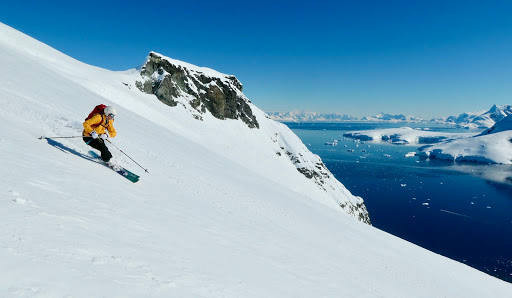 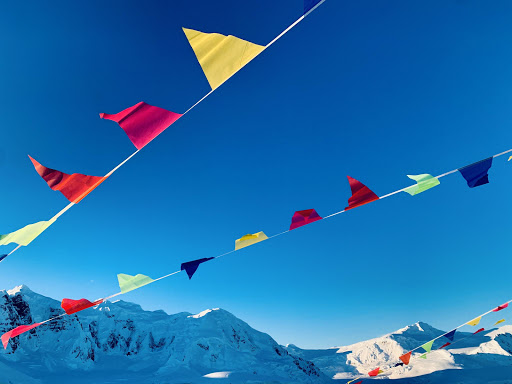 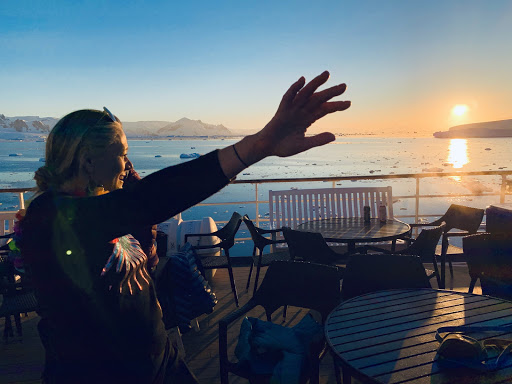 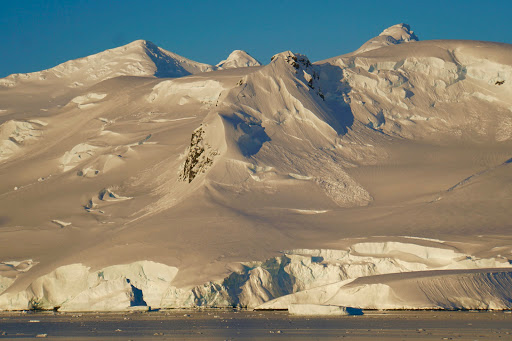 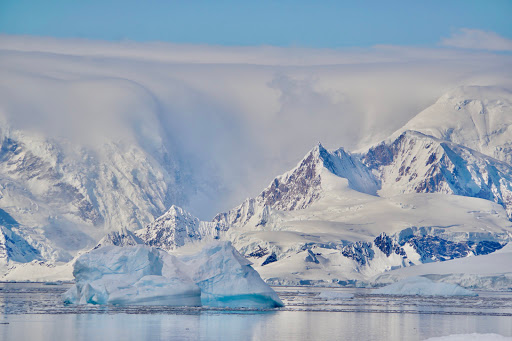 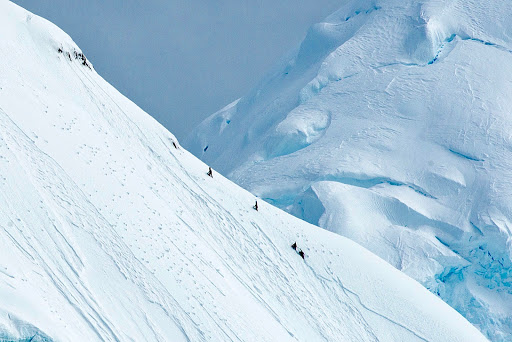 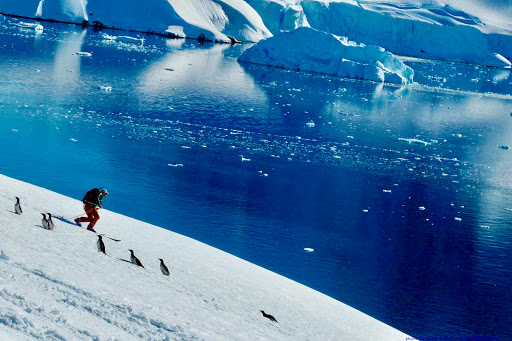 Email ThisBlogThis!Share to TwitterShare to FacebookShare to Pinterest
Location: Antarctica