I often get dragged off to France this time of year to see the in-laws. Whilst this is important for the kids, and gets me into the French Alps to run around heaps, my heart at this time of year would rather be in the Vic Alps; especially after such great snowfalls.
I came home ahead of the family this year, ostensibly to work - but had in fact secreted my skis in the car at Tullamarine, and hit up the freeway as soon as I had cleared immigration and customs. The world cup final was on but nobody was broadcasting it on the radio in any language I could understand. There was also news of a pair of missing snowboarders on Bogong which didn't sound good.
I got to Bright for breaky, and Feathertop was looking magnificent. The snow was also quite low on Buffalo as JP rang to inform me he'd just fired up the rope tow on St Bernard and that things were primo. Murph was up, and Dean, a snowboarder and photographer with some pretty flash gear. We took turns jumping the St Bernard cornice with Dean desperately trying to get a good photo. My jet lagged legs weren't quite up to the task as I first blew the healpiece on my right, and then left La Sportivas, which meant I was now effectively skiing in ugg boots. Back at Wang for lunch, I drilled some holes and used copious amounts of wire and gaffer tape for a repair job of sorts.
After lunch we hit the road in the Delica, with our objective to suss out the northwest couloir off Little Baldy. It wasn't quite adequately filled in, however the southerly and west facing slopes off the road looked amazing. We had about a half-dozen runs down these on very firm wind-affected snow with patches of better stuff surprising us in patches. With the snow so solid we didn't bother much with skins as boot packing seemed less fiddly.
Then on up to Blowhard, which has an amazing cover for this time of year down to very low levels. I had 3 runs down Blowey, finding good snow on the second. Mt Renes was next, and whilst the views were great, the east face was scratchy. Considering the snow, we then tried something different by climbing CRB hill from the saddle (a surprising amount of climbing), and skiing the ridge all the way down to the chain fitting bay where Murph was waiting for us in the car.
I'd hoped to get out to either Freezeout or Feathertop the next morning, however the weather had already come in and I had "issues" with both my chains and diesel so headed back to Melbourne to regular texts from my wife of the fireworks over the Eiffel tower.
So a great Bastille Day for everybody except the poor families of the snowboarders as it turned out. 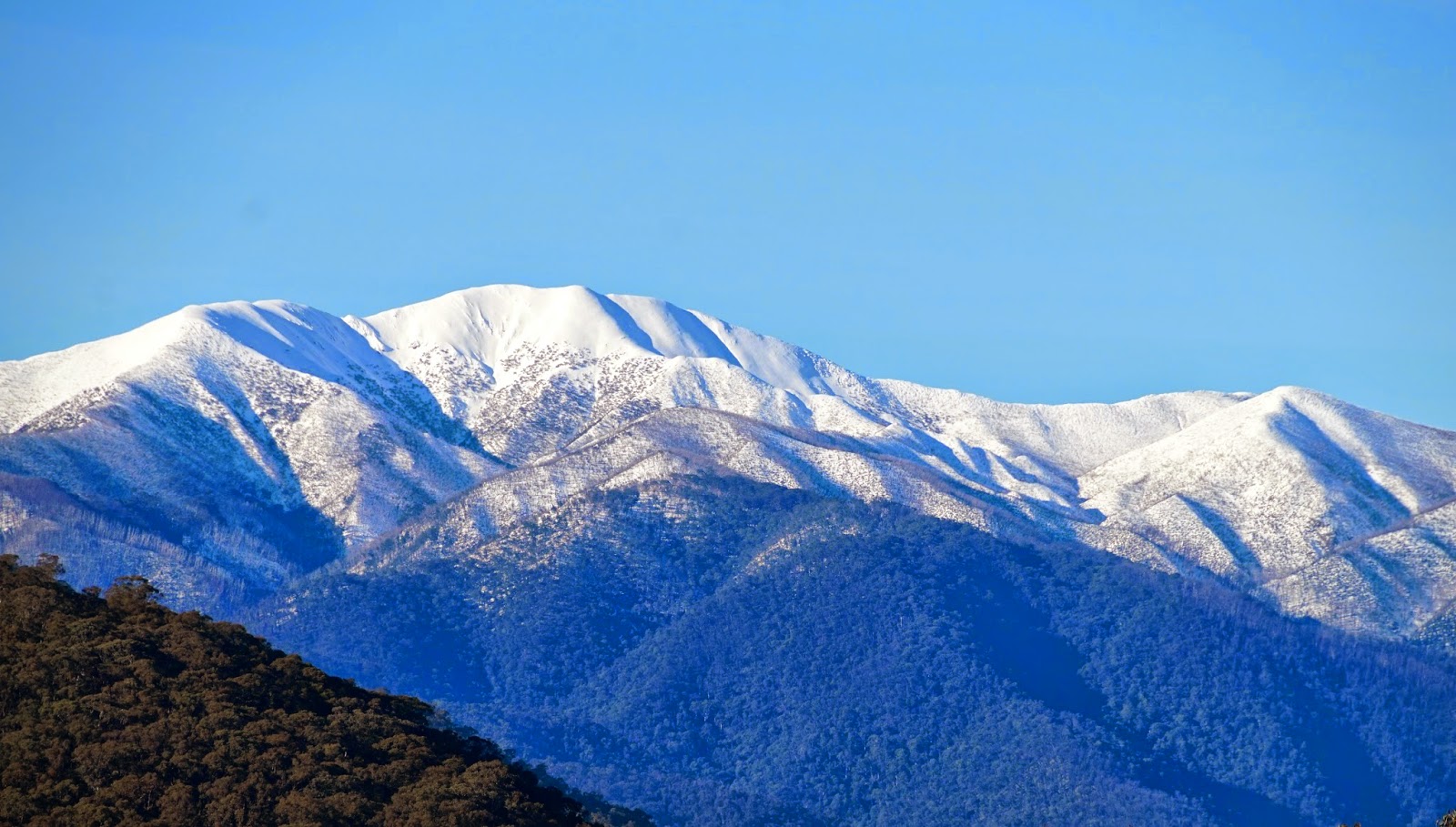 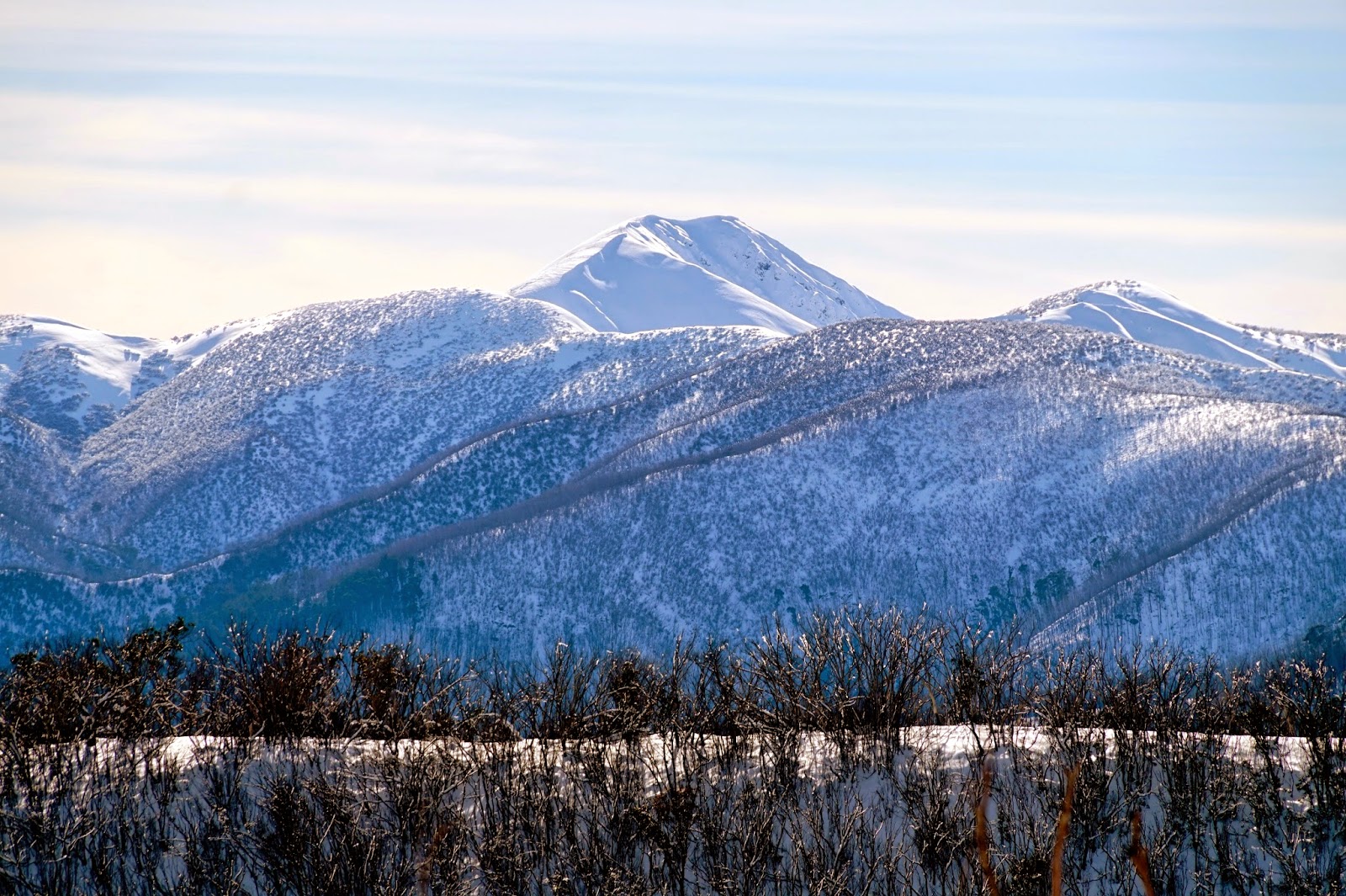 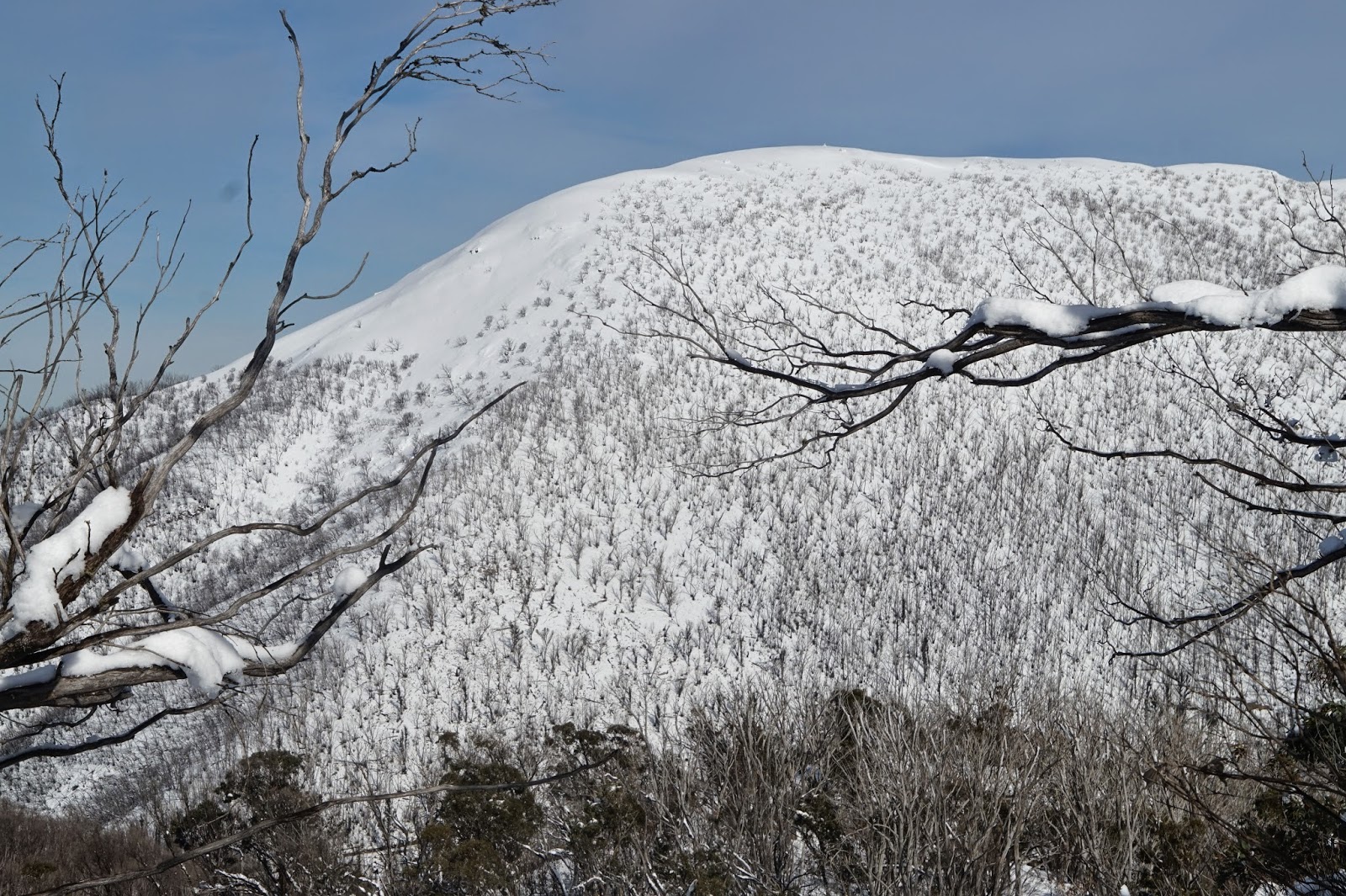 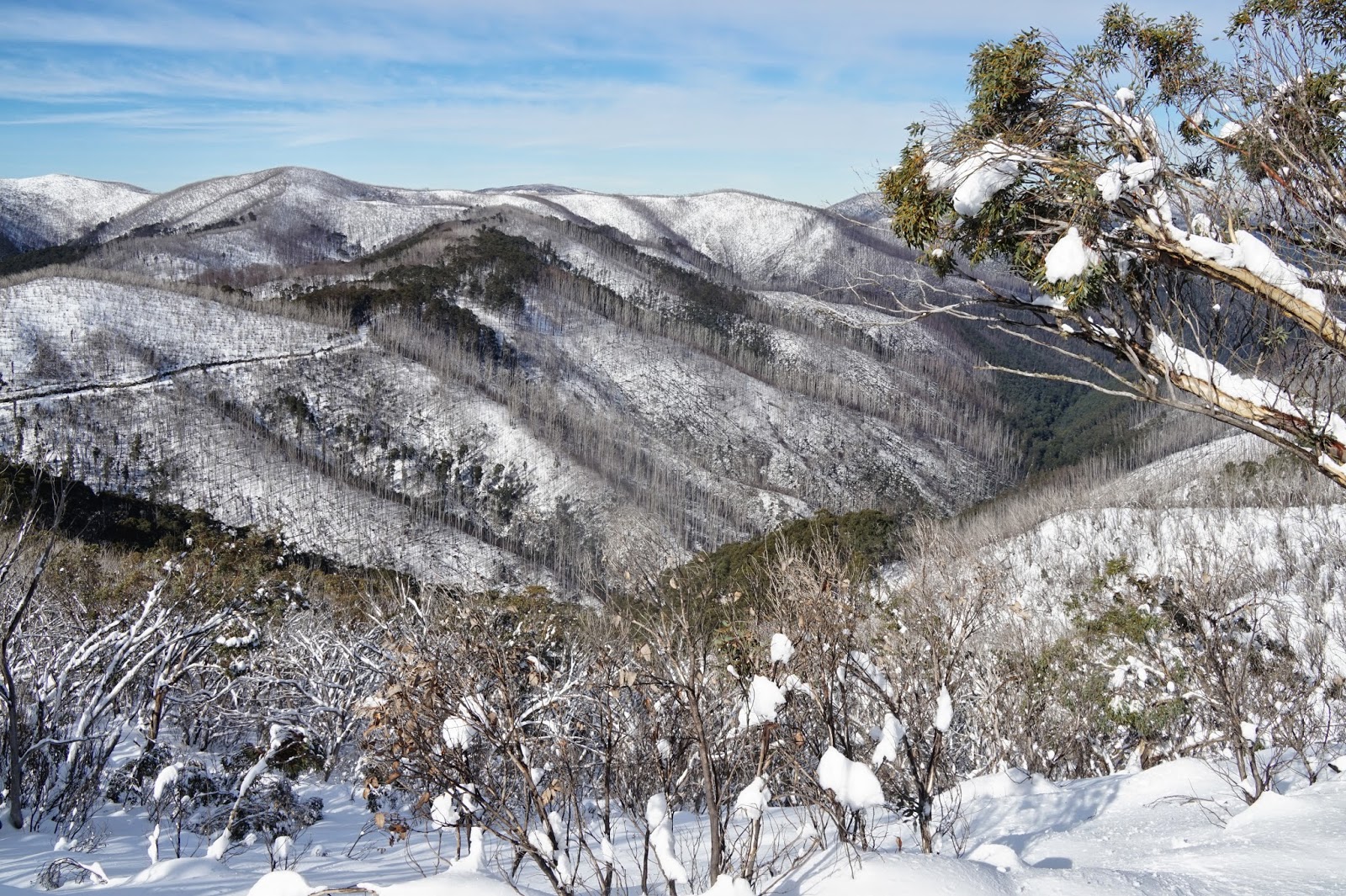 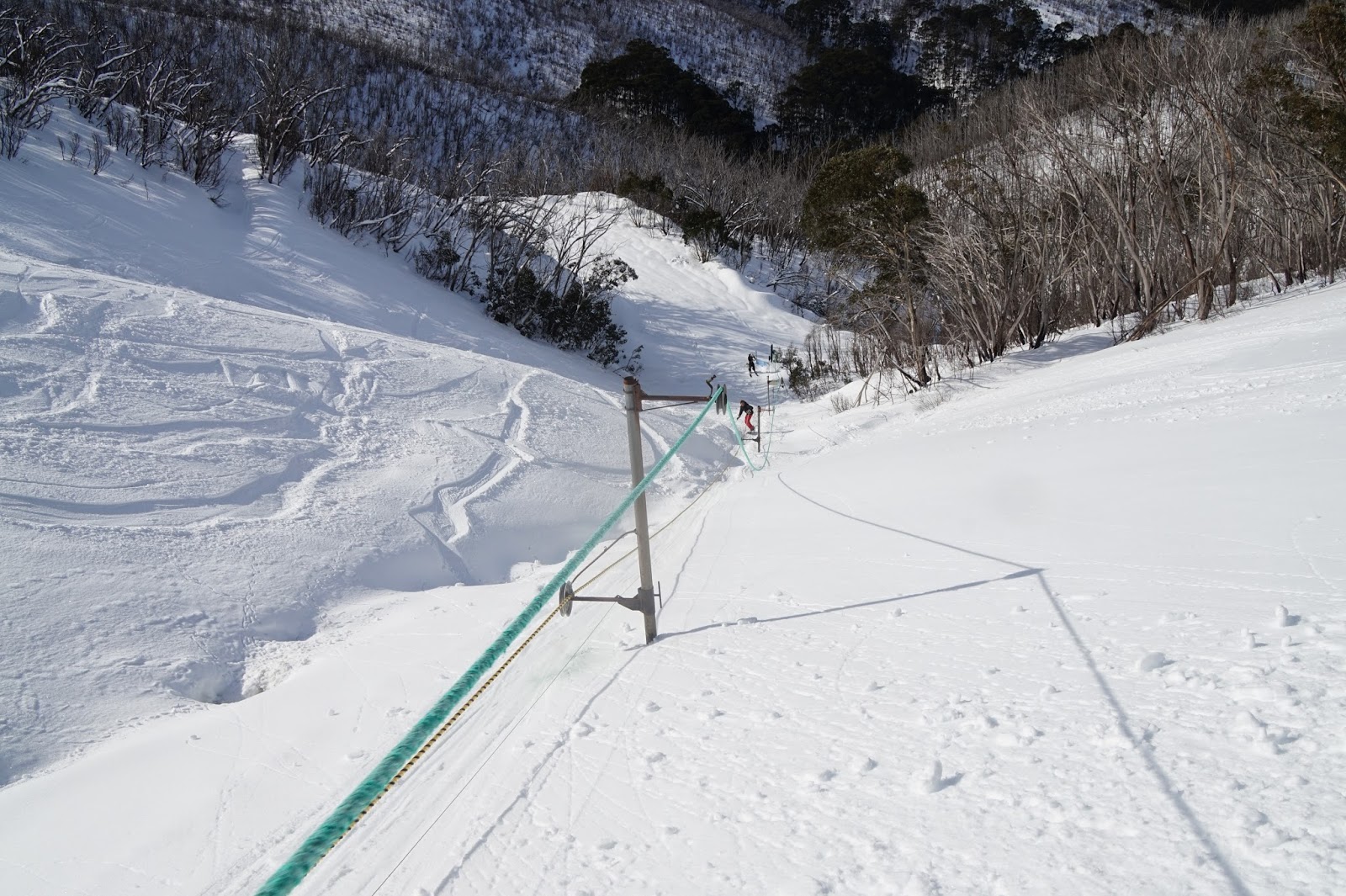 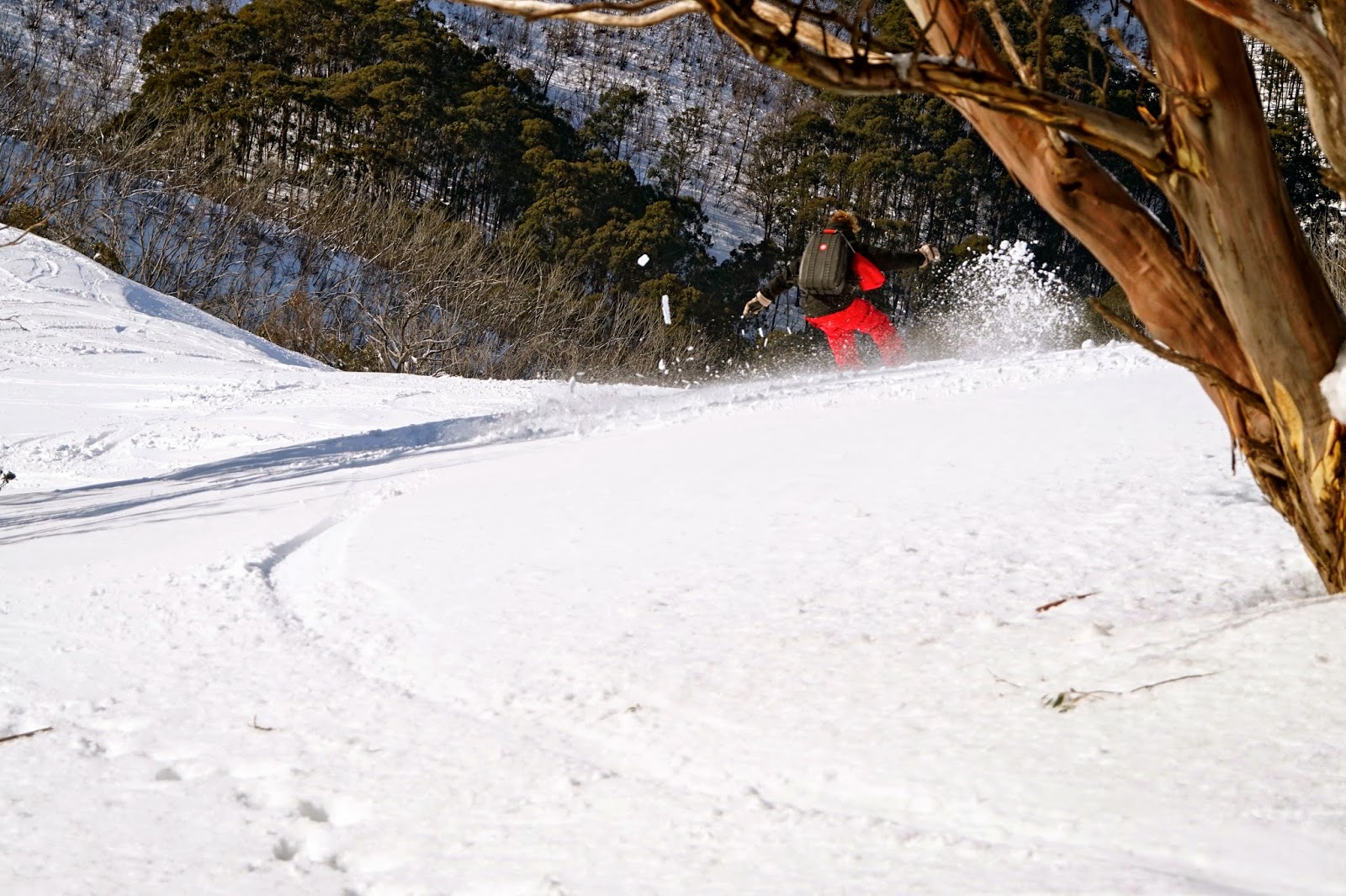 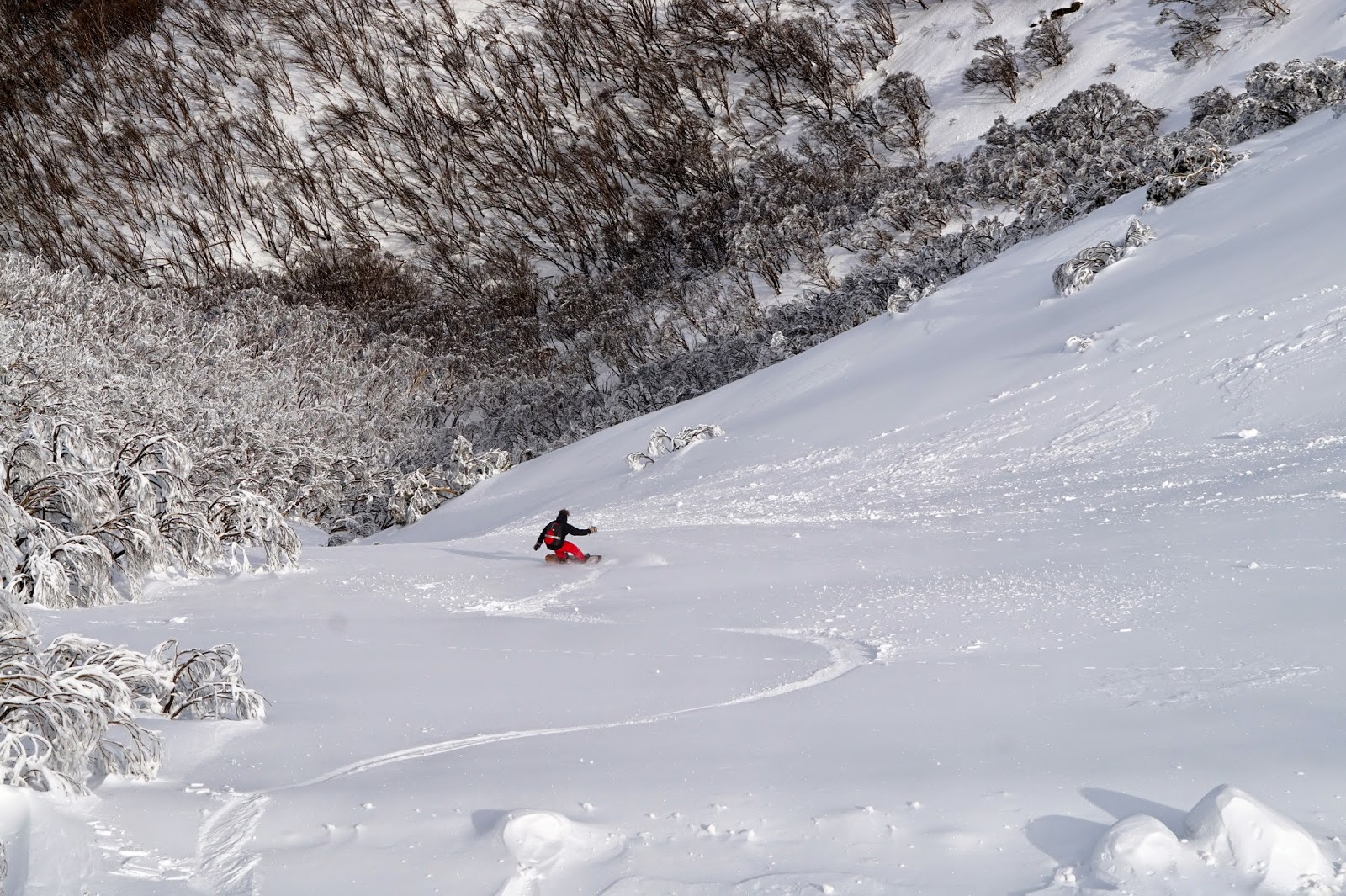 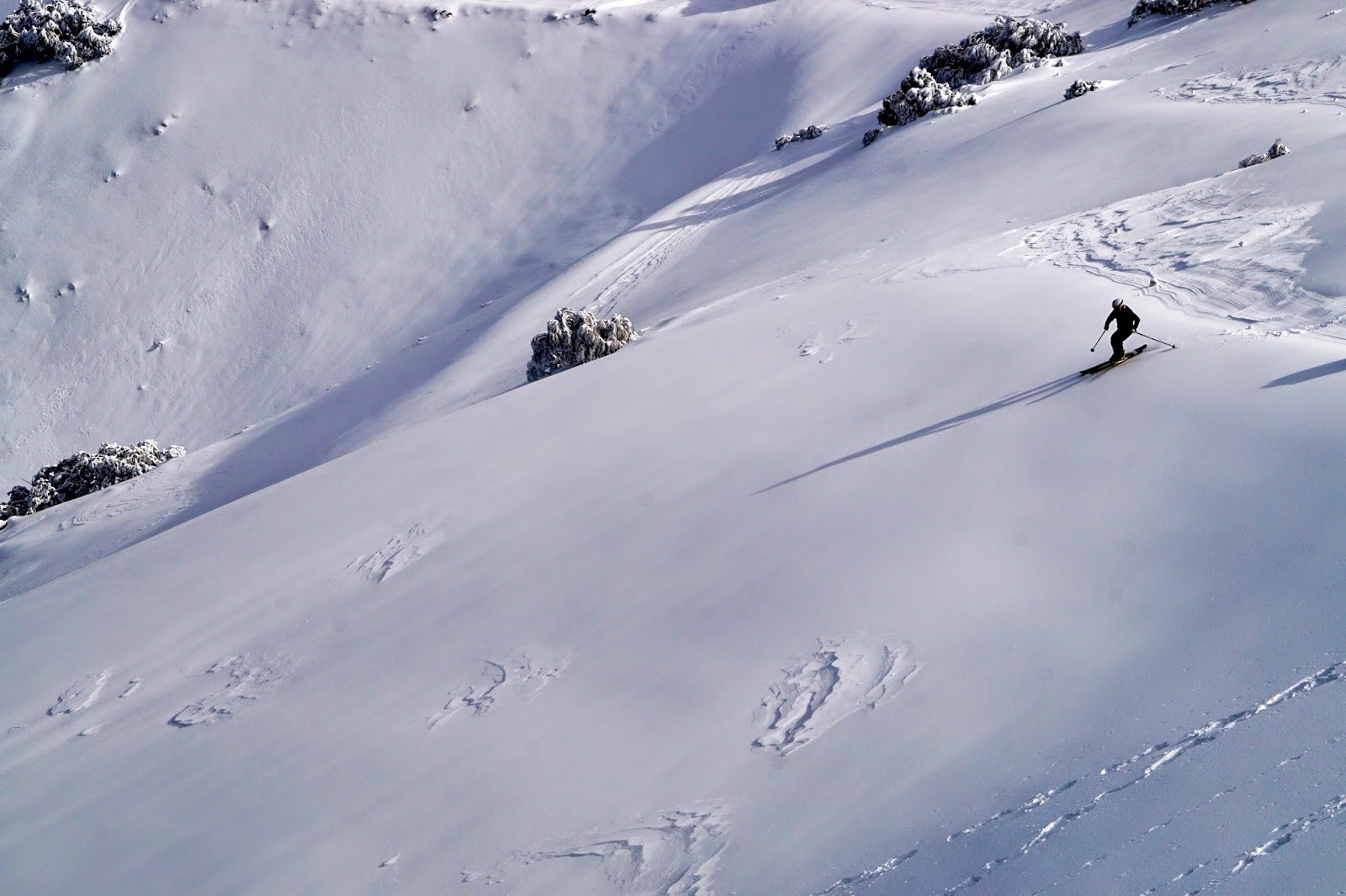 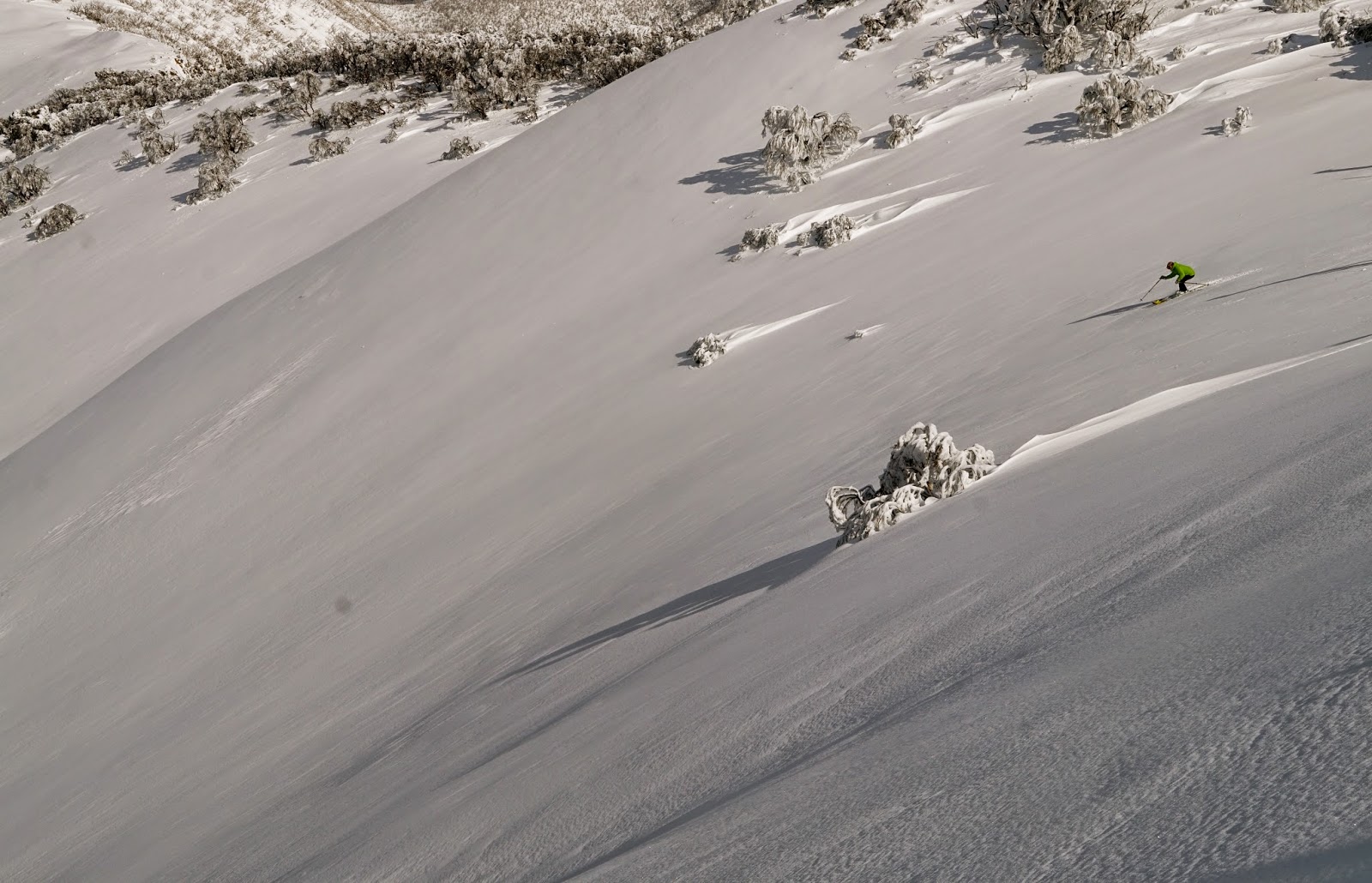 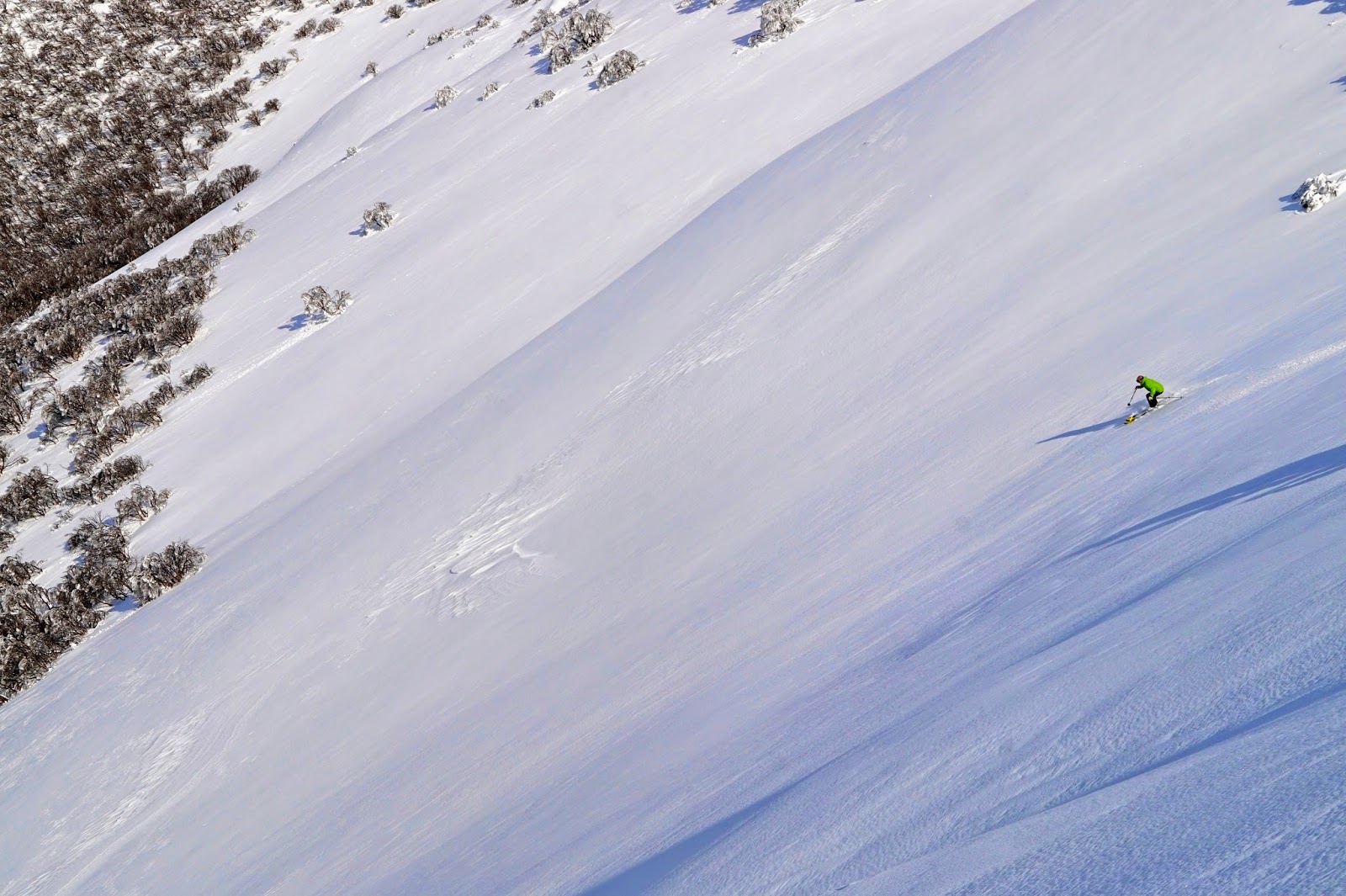 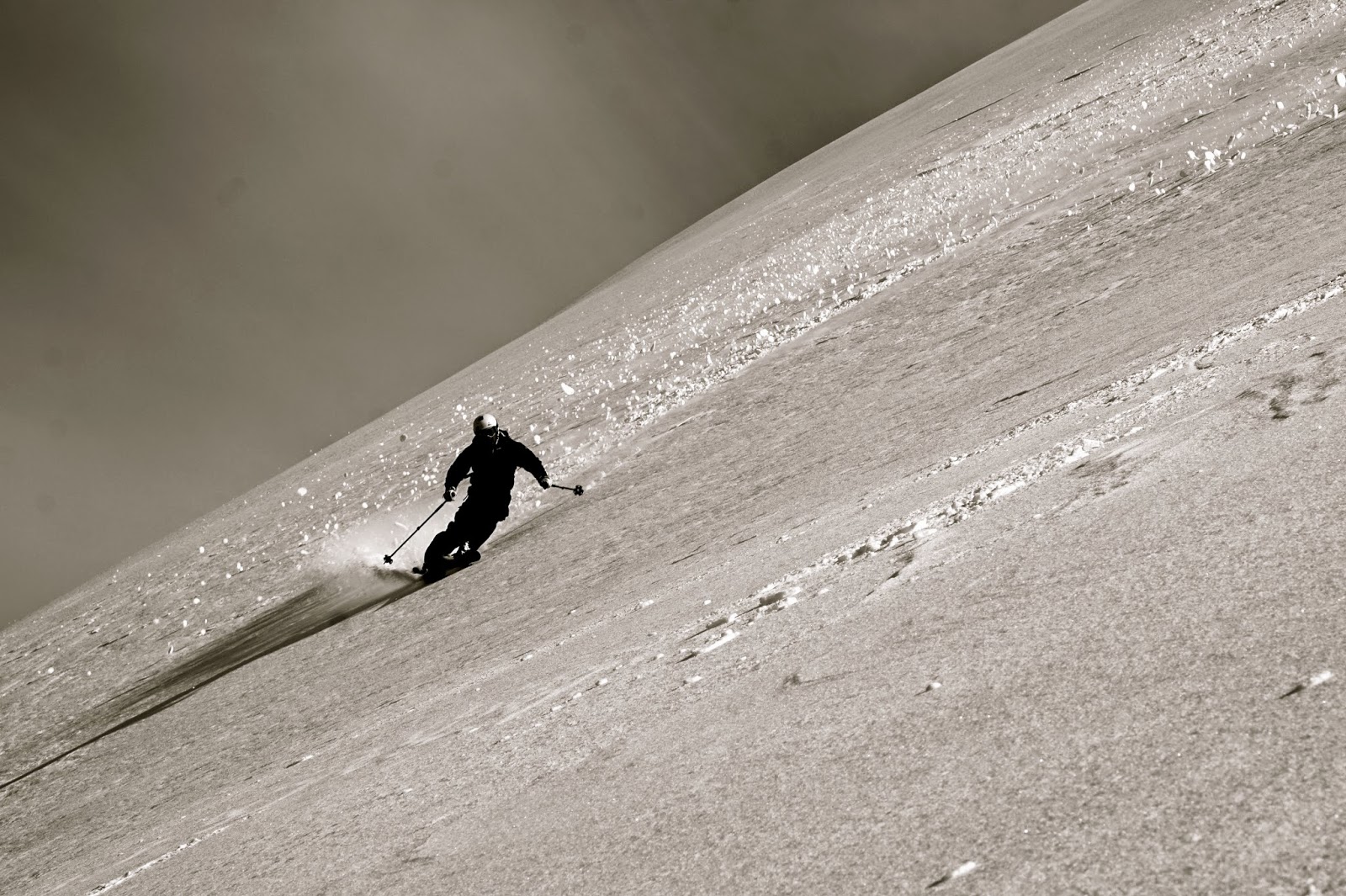 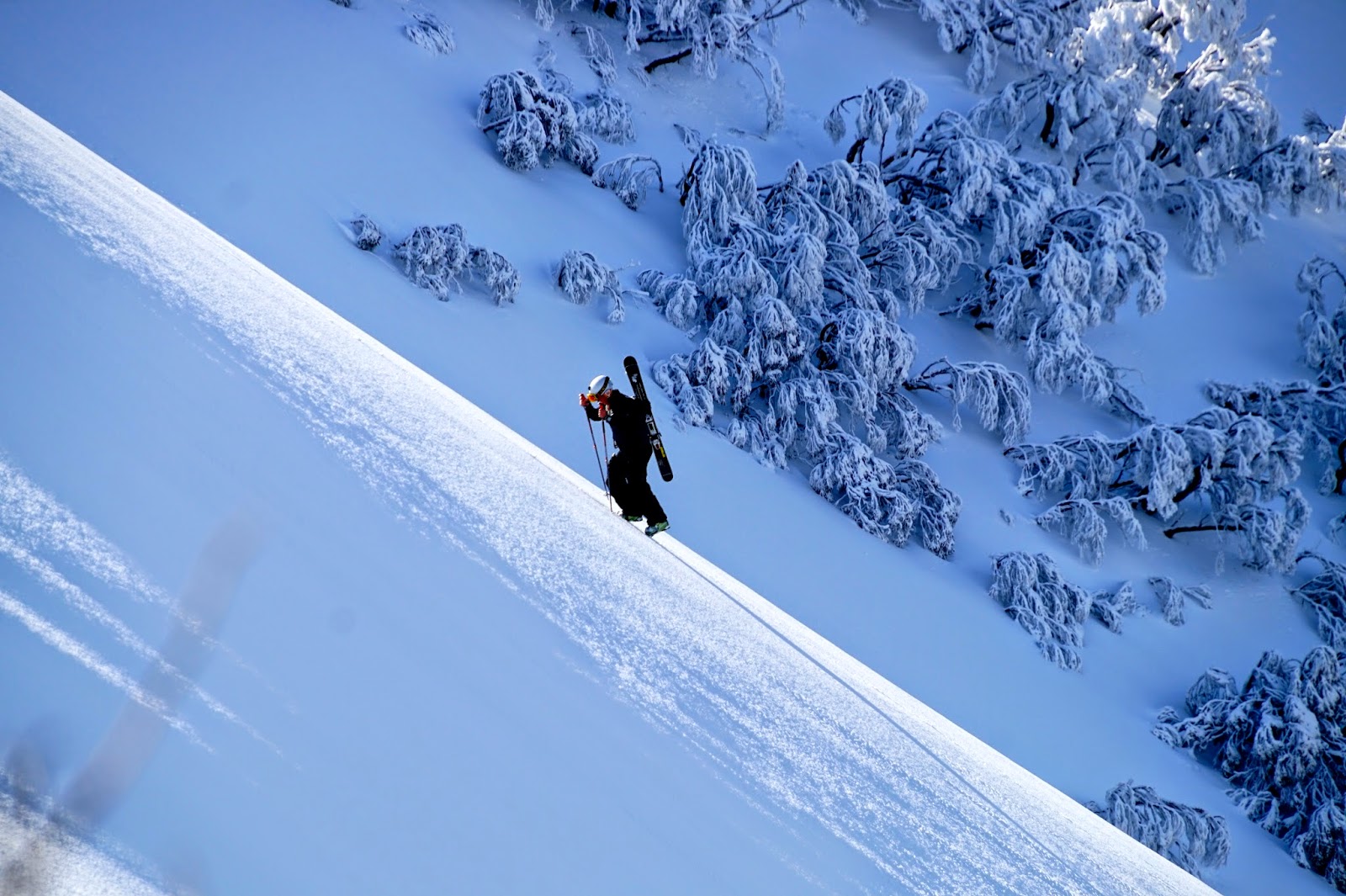 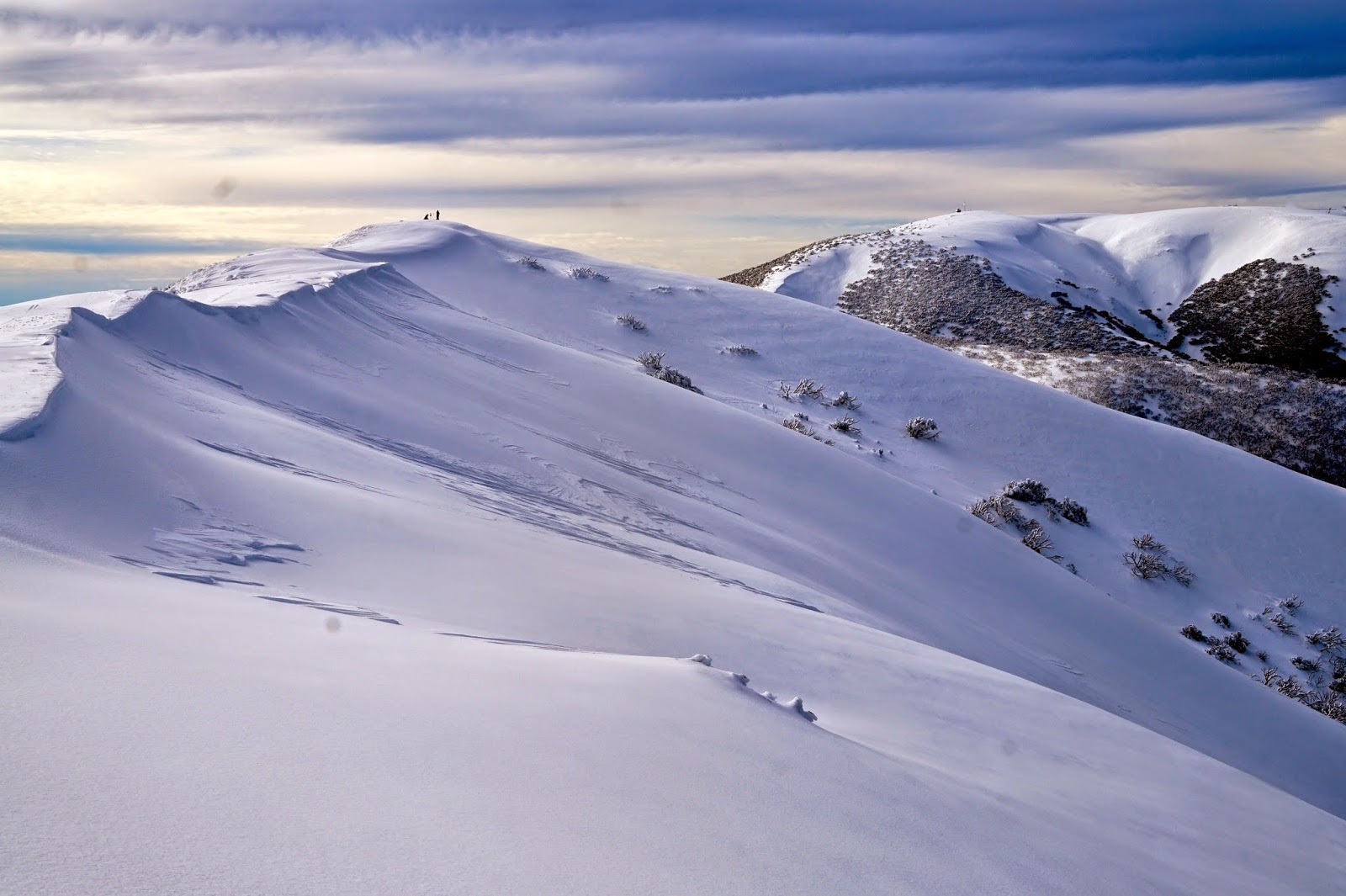 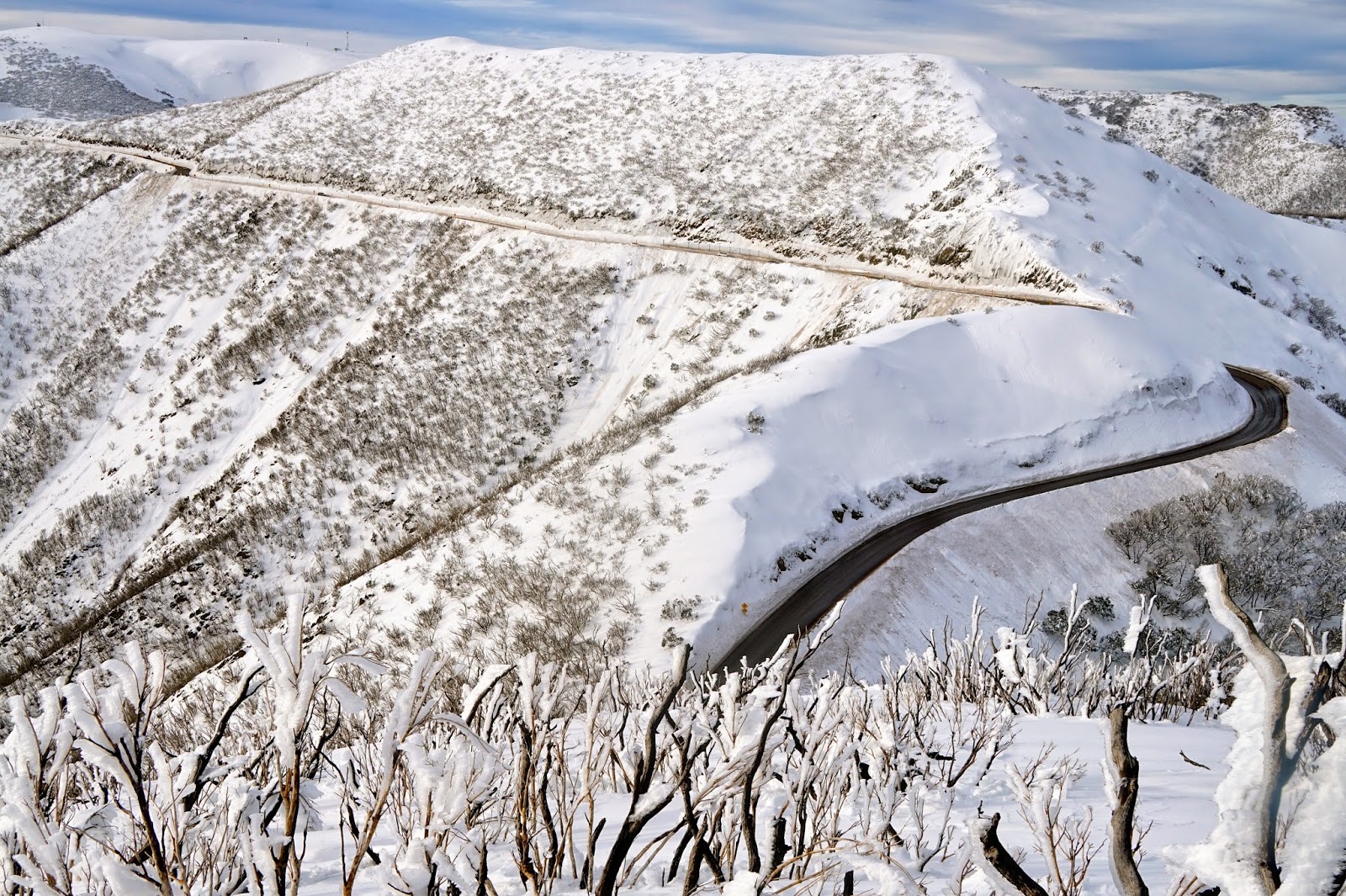 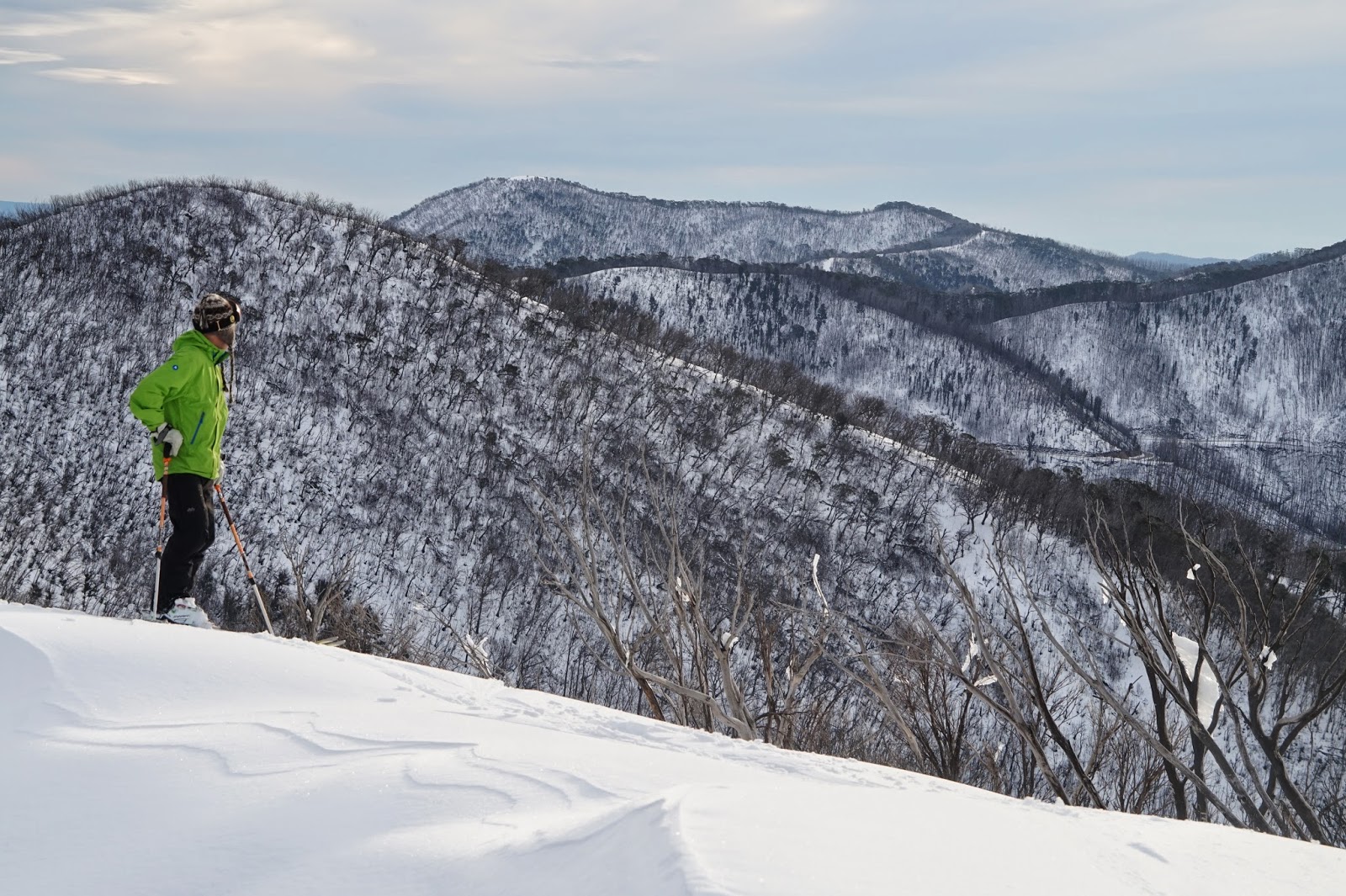 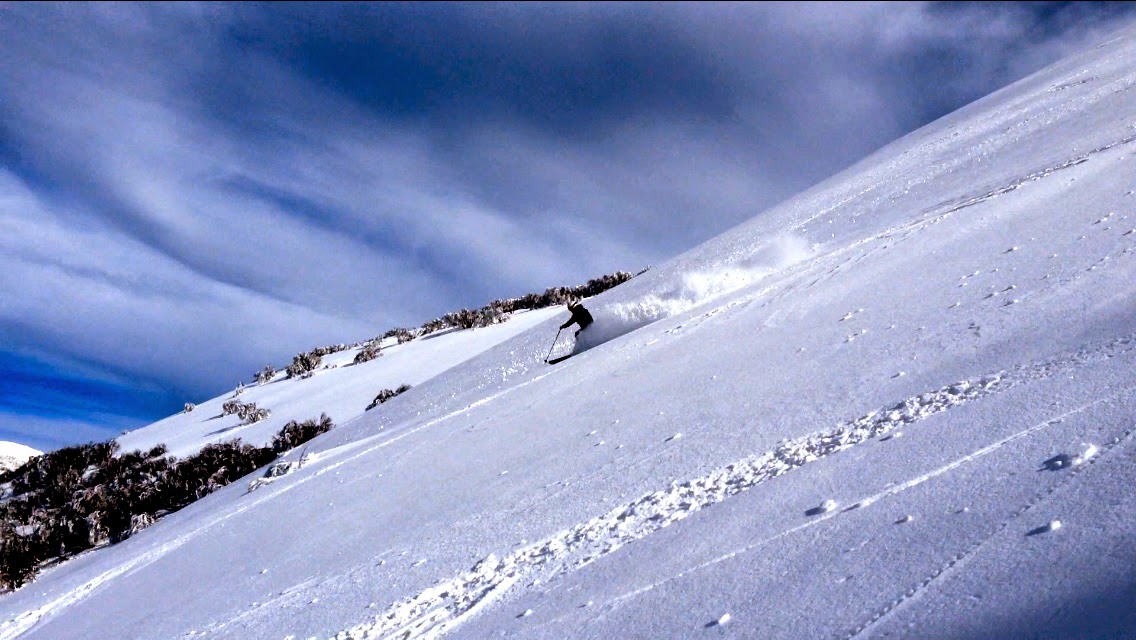 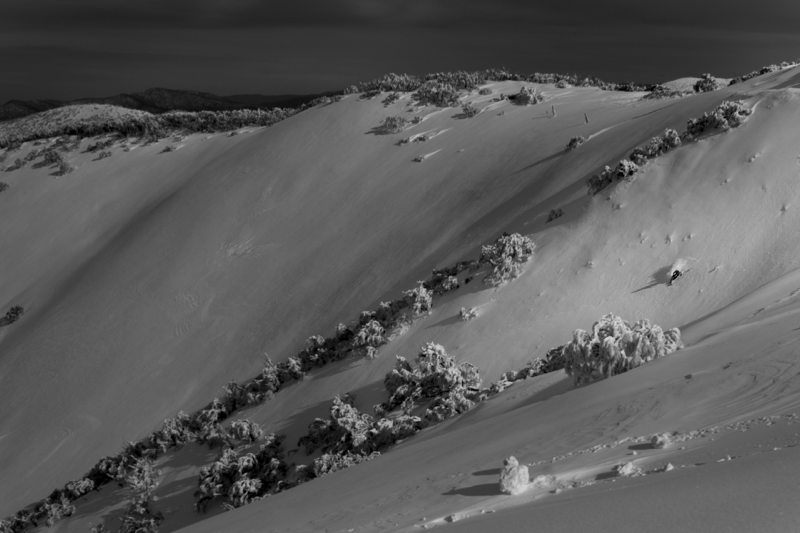