Hans and I climbed and skied the Twins Monday morning.
We got off to an alpine start, but by the time we'd started up Mt St Bernard, head torches weren't really necessary. The morning was cold and a little blowy with high cloud.
It was the first time I'd climbed the Twins since the fires and I was keen to see what such summer pruning had left us in the way of winter grooming.
Hans won all the equipment awards for the day with pattern bases, fritschi bindings, skins and crampons. I had ill-fitting skins, no crampons and broken boots. At least I remembered the coffee.
We could ski the fire trail all the way down to around 1200m, and decided on climbing the northeast spur, Hans on skis, and myself just boot packing through the mess that the fire had left until the snow forced me to phoque up.
The snow was ice and windblown sastrugi, both of which tested our edging. I thought several times about insisting Hans give me one of his crampons as my technical abilities were tested on the slippery north summit. I'd forgotten how steep it was.
The sunrise, whilst not spectacular, was rewarding. Whilst having planned to drop into one of the southern gullies in the search for similar conditions to yesterday, it was difficult to convince ourselves we'd find anything but windpack and ice.
We climbed to the trig and had some bananas and hot coffee, and then skied back down the plateau, and then the east face. There was no corn, and the descent was quite technical.
At the bottom, I discovered that the German word for 'shit-house' is fairly similar to the english. Our descent wouldn't have made great television. A pleasant way to start the day though, before wending our way back to Melbourne and work. 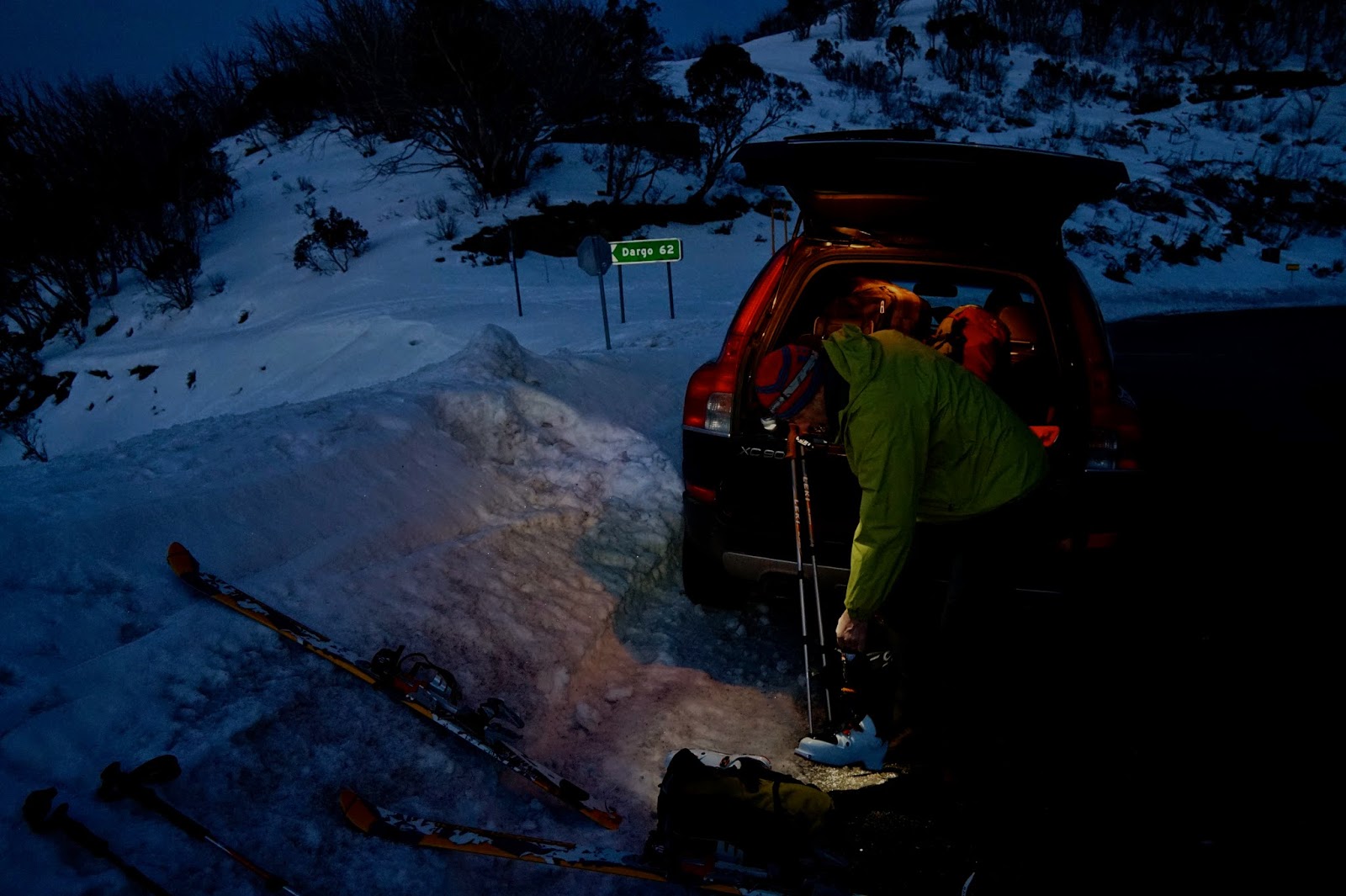 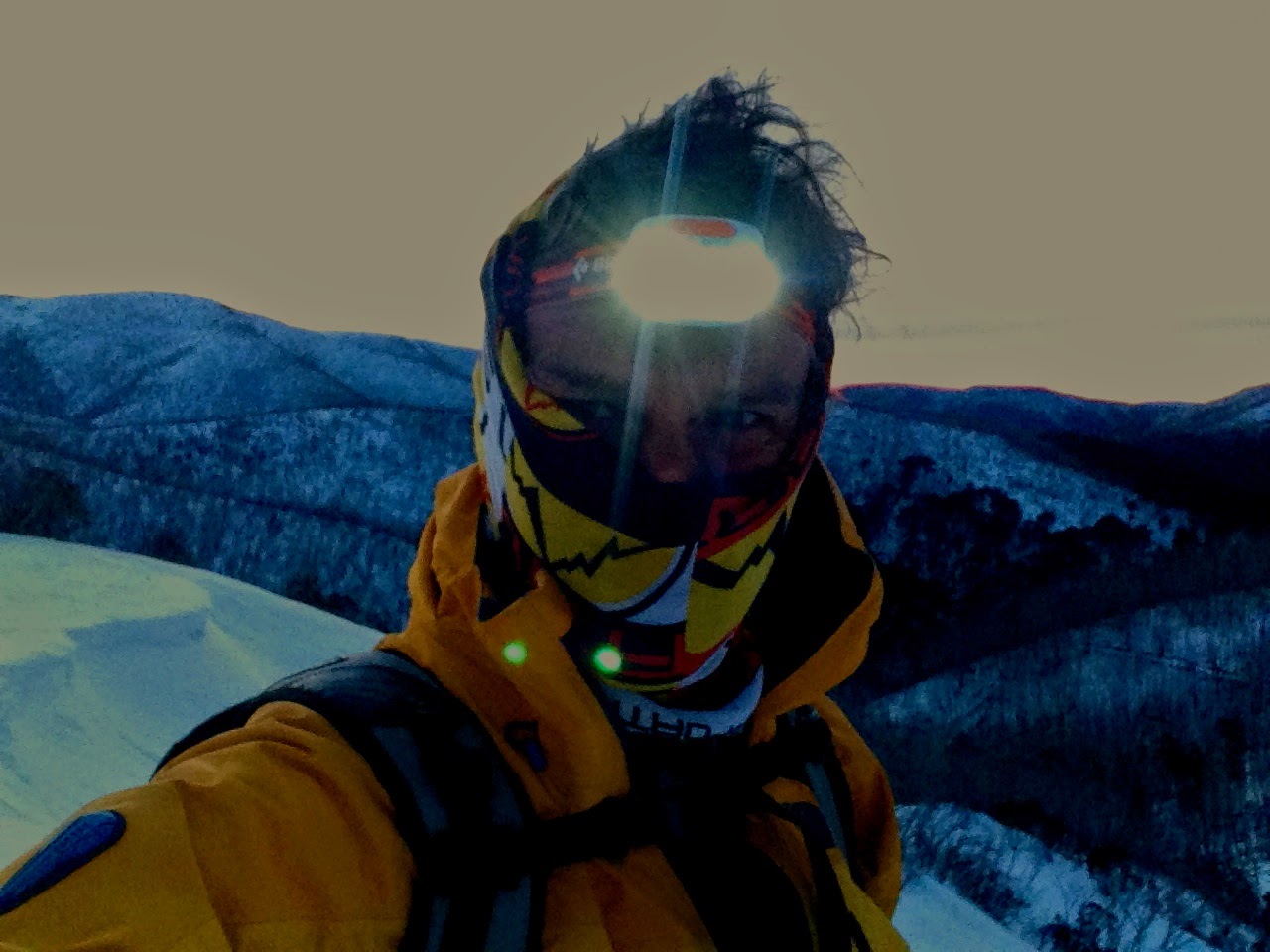 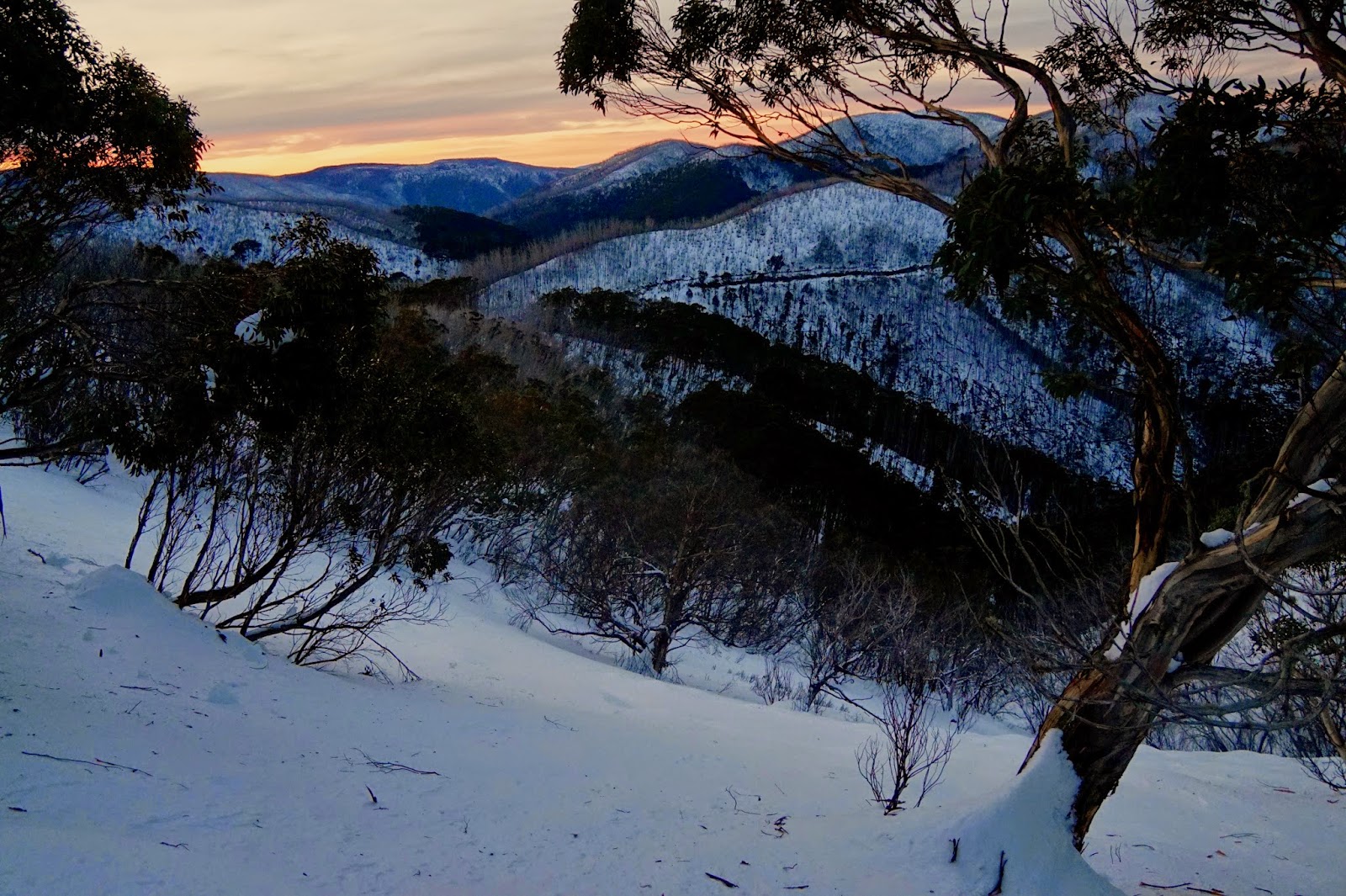 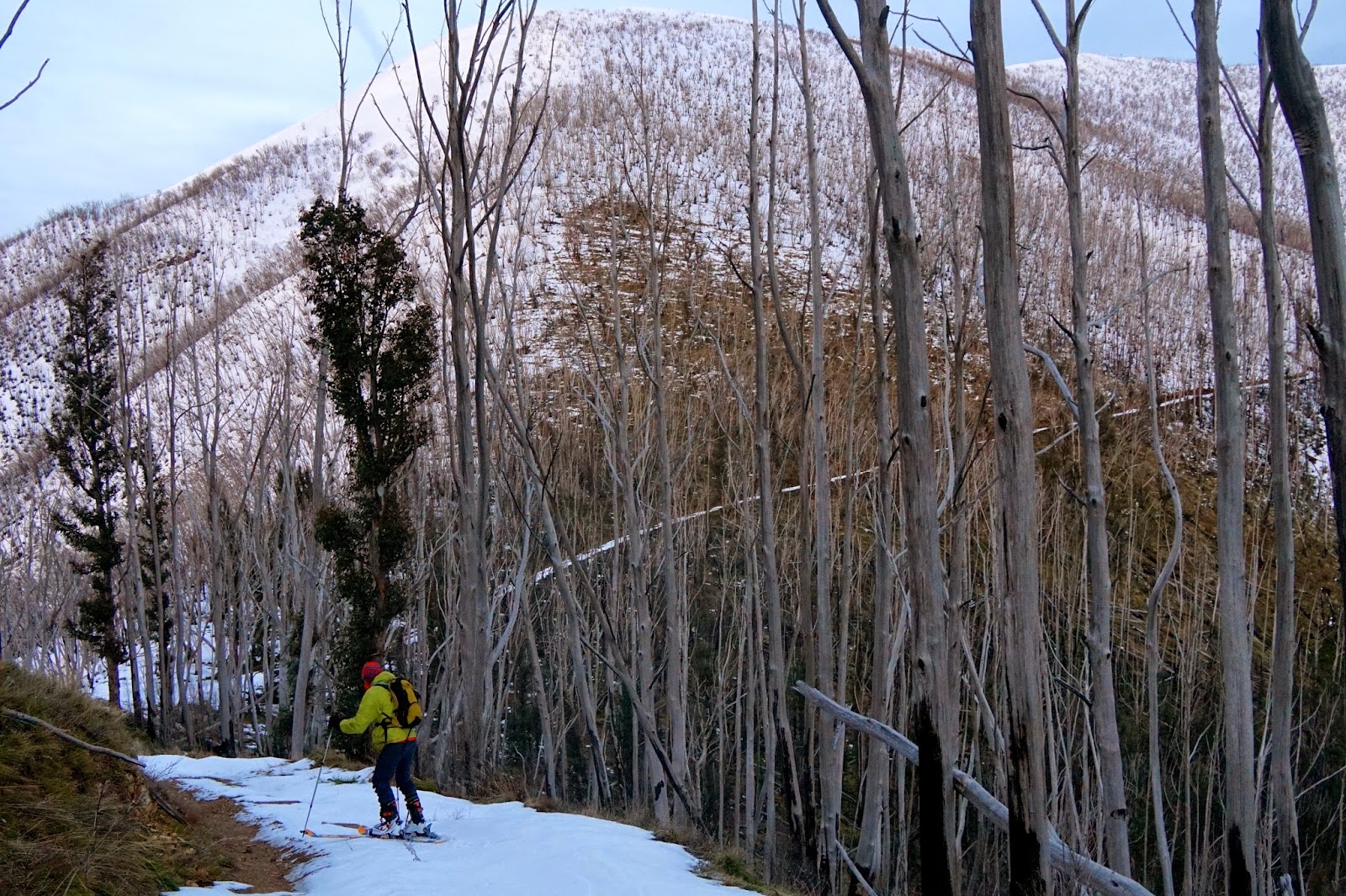 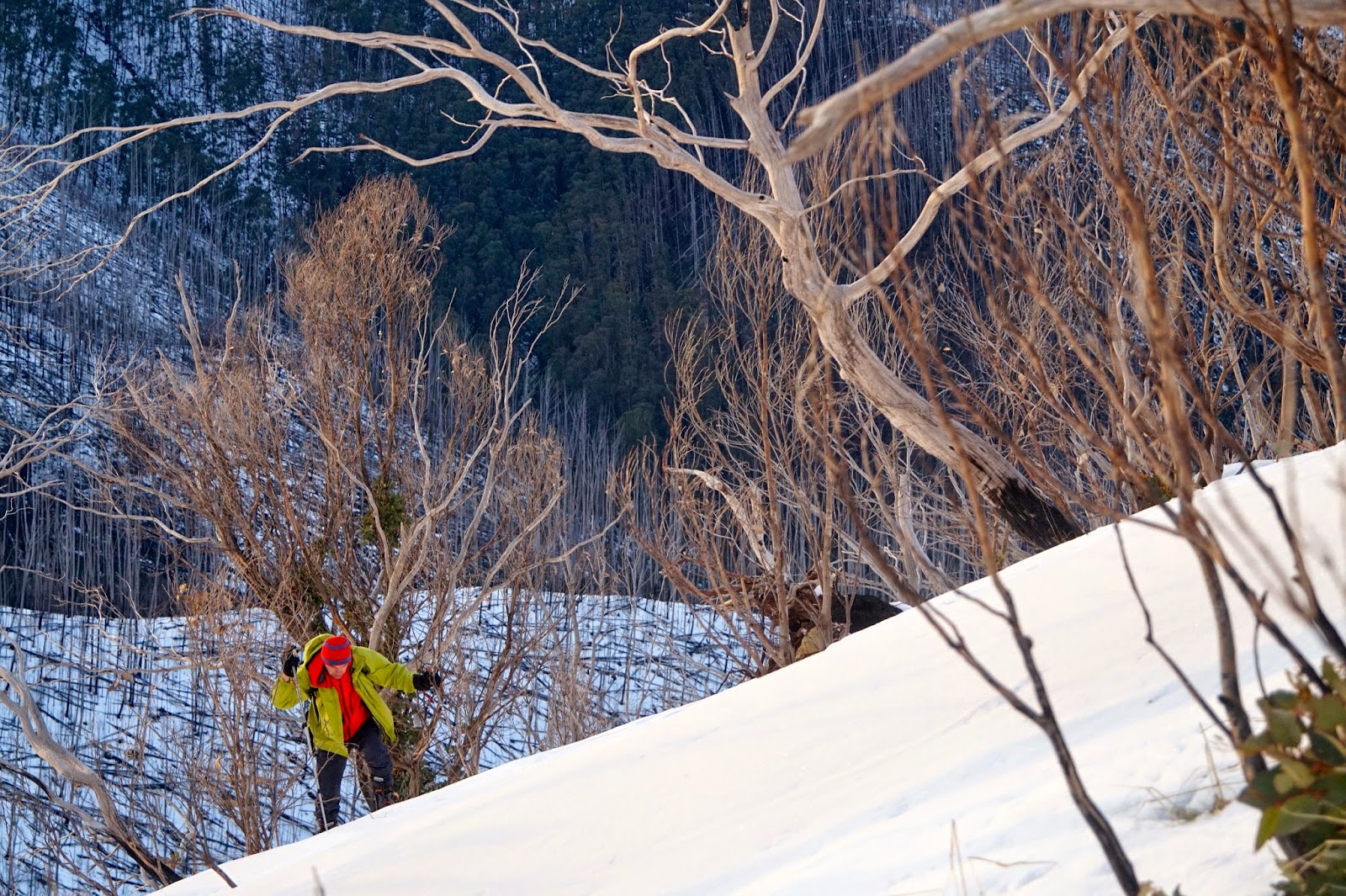 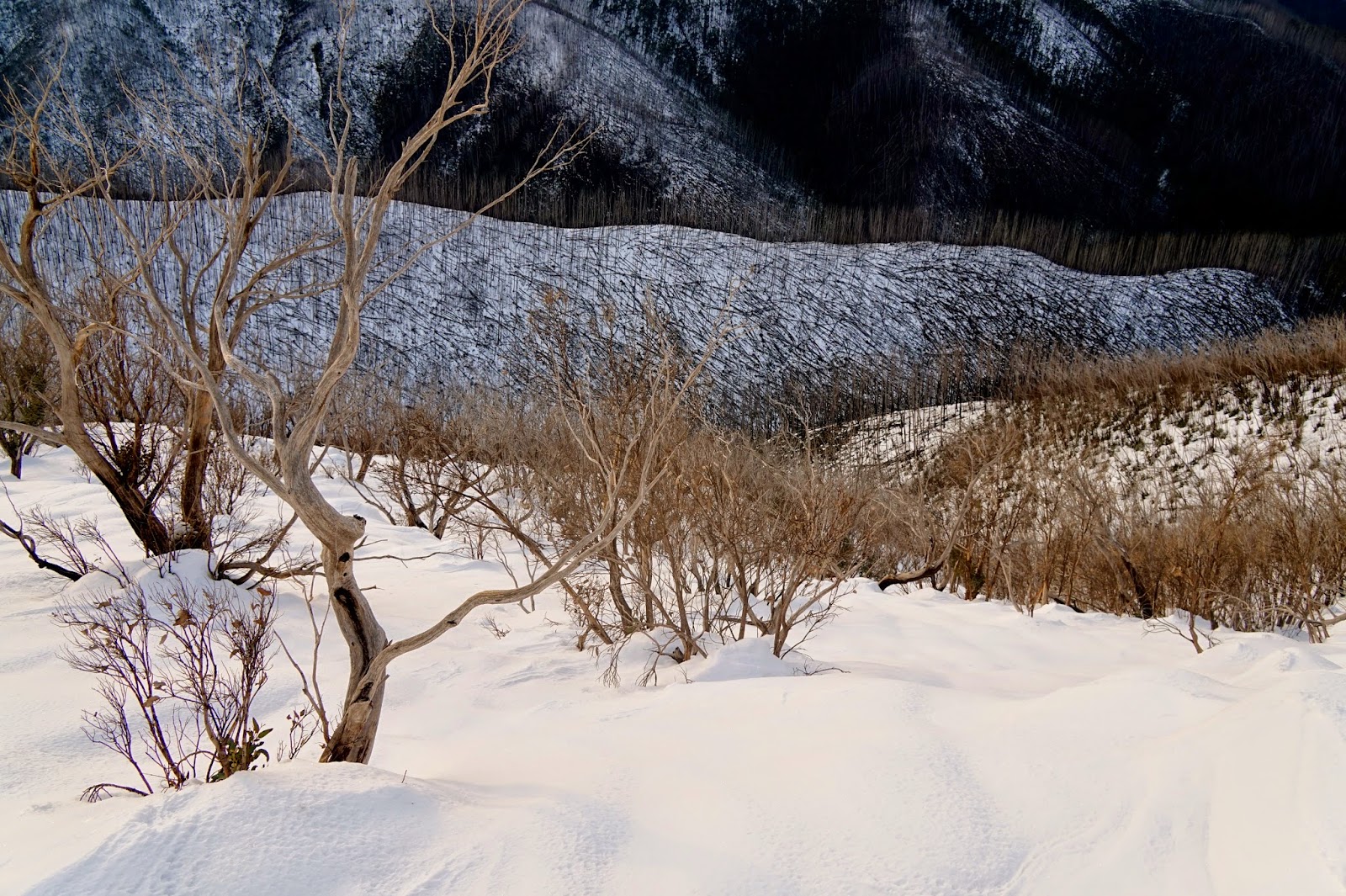 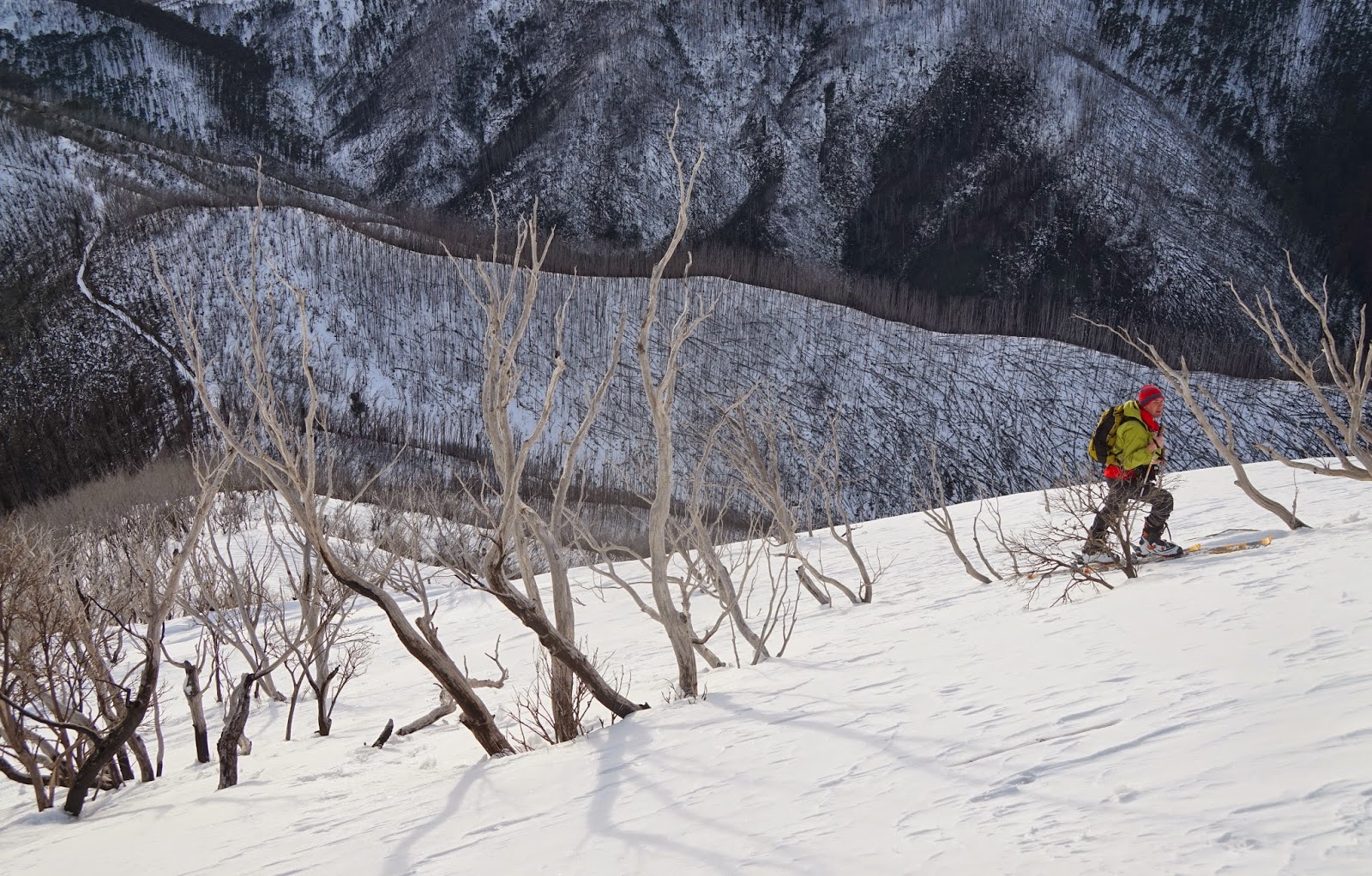 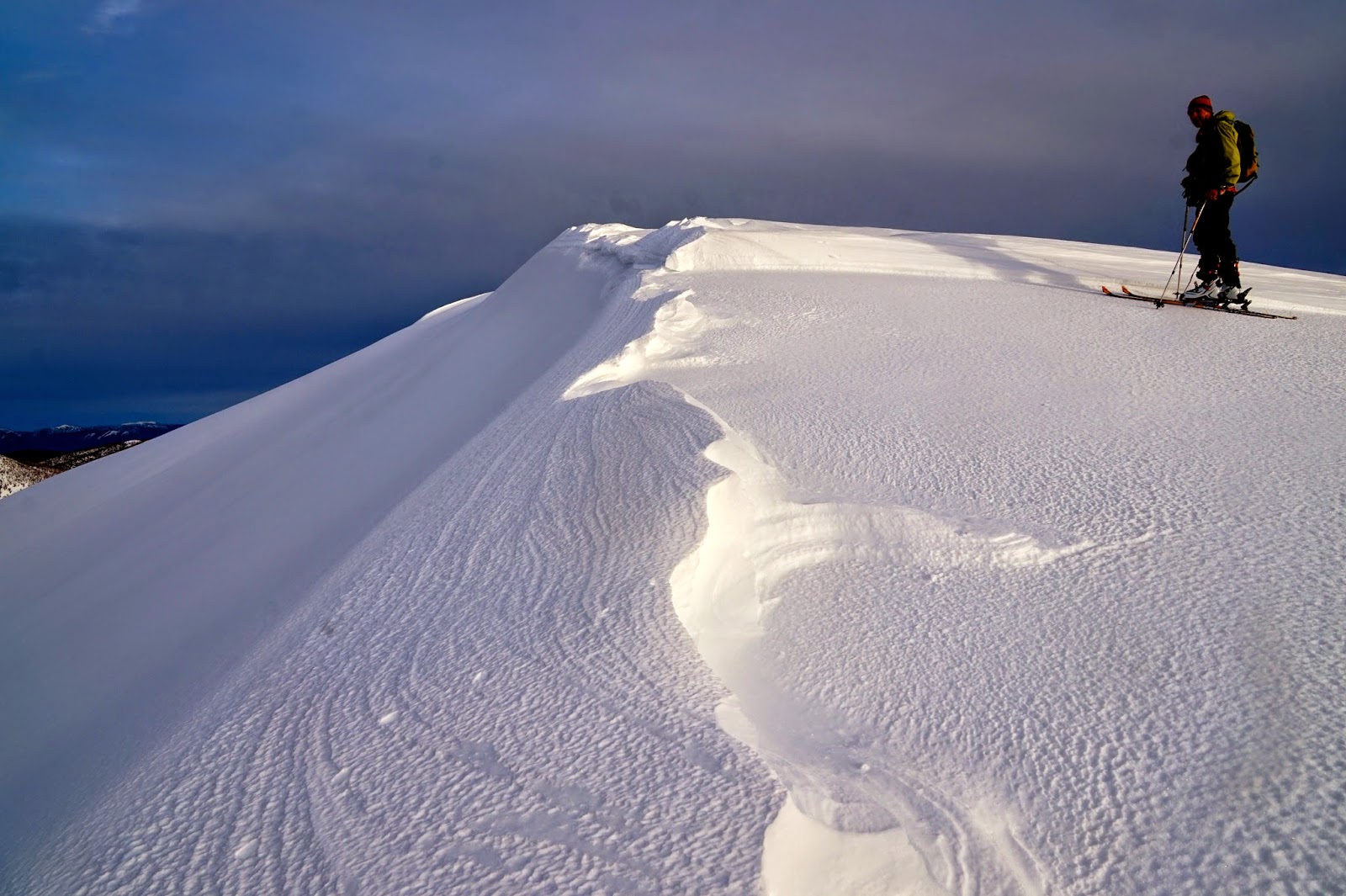 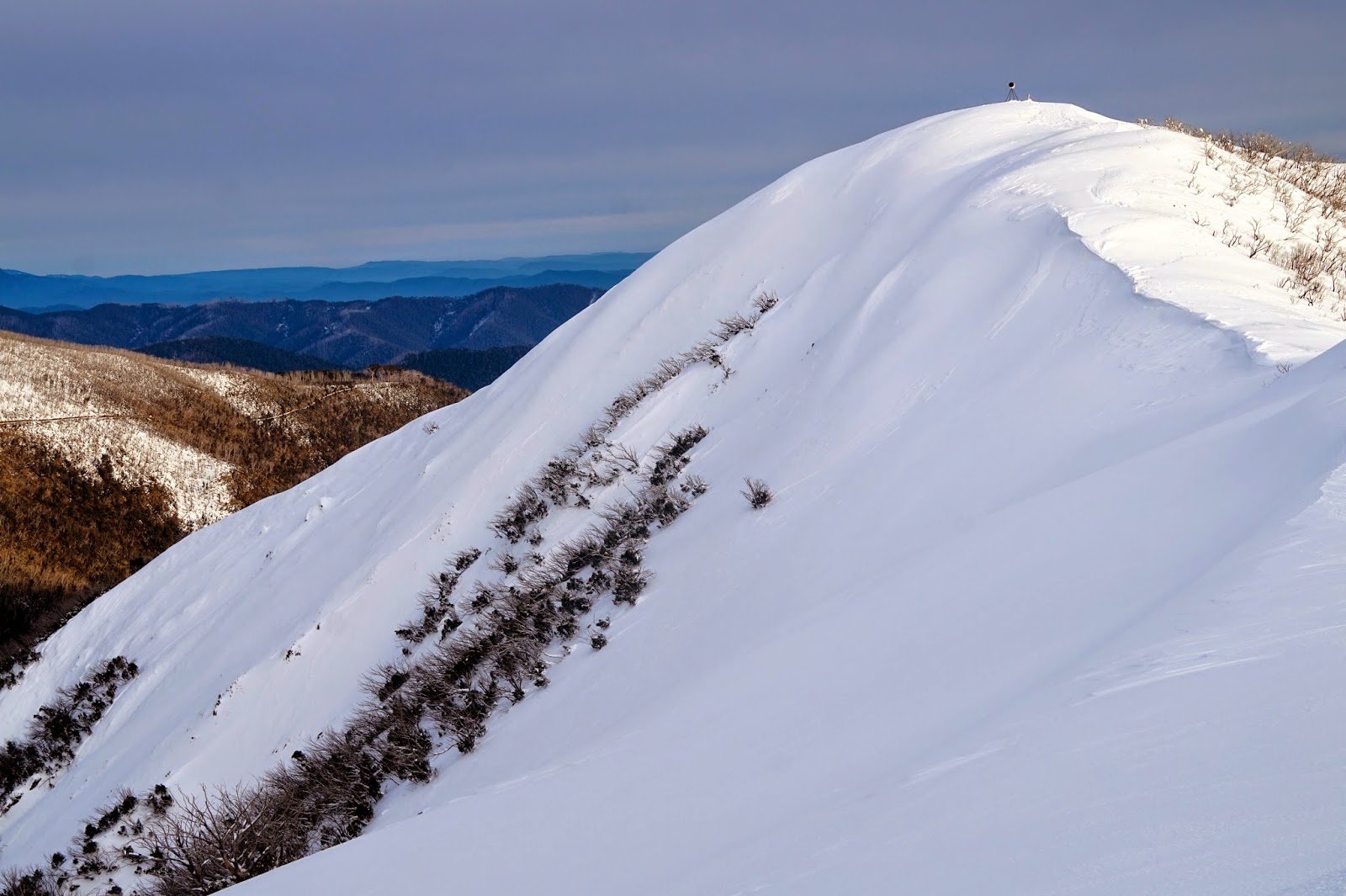 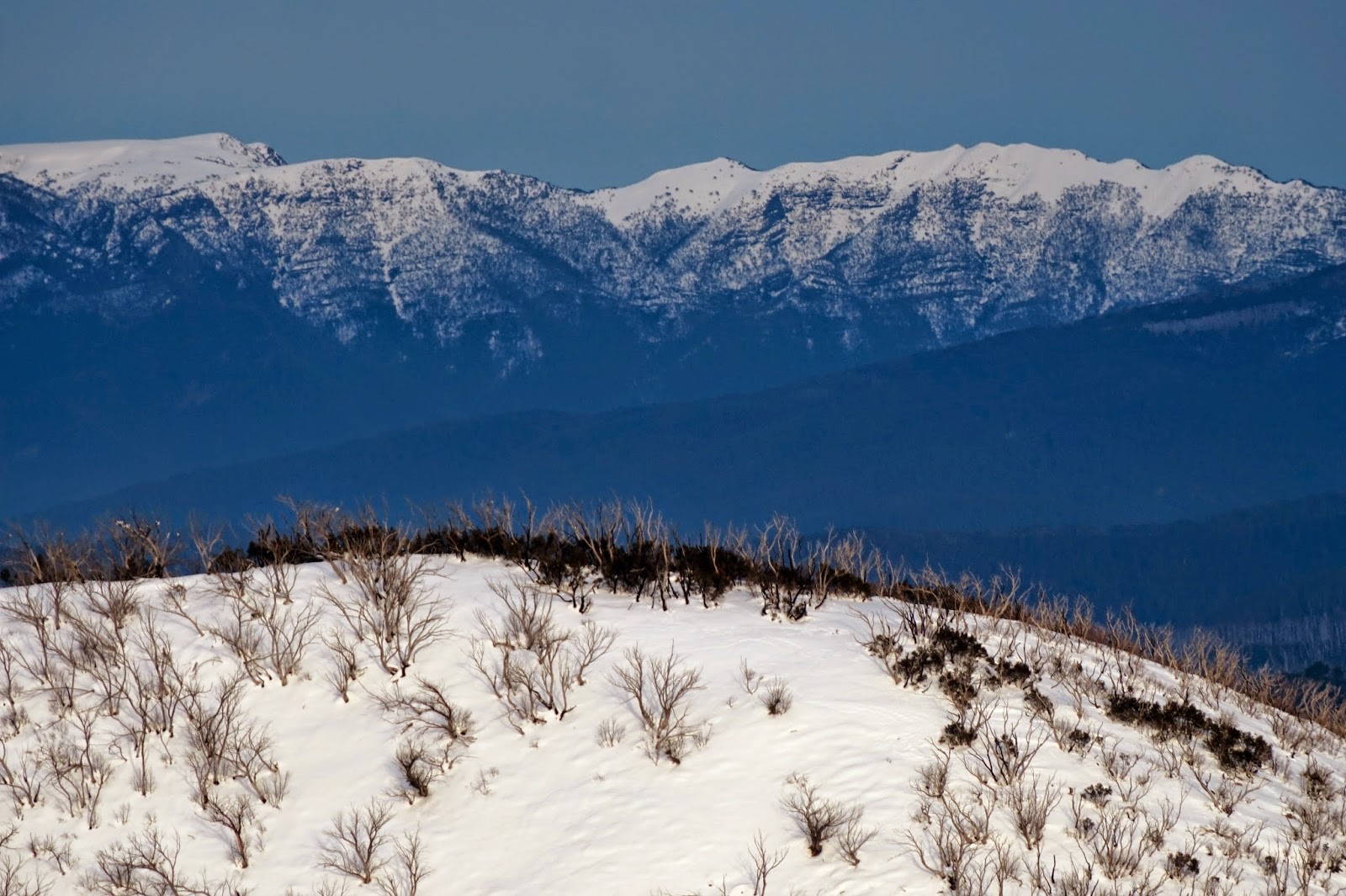 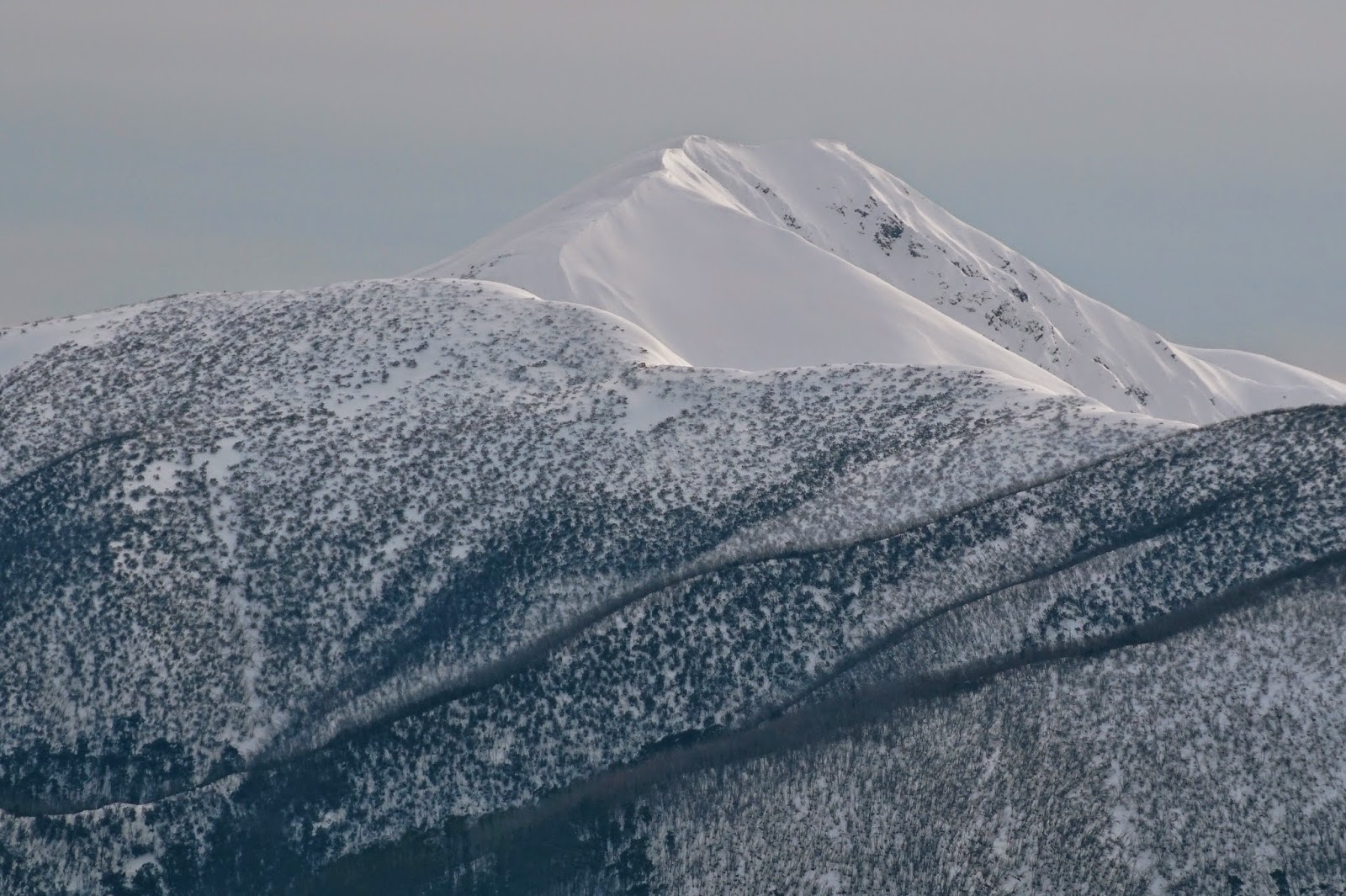 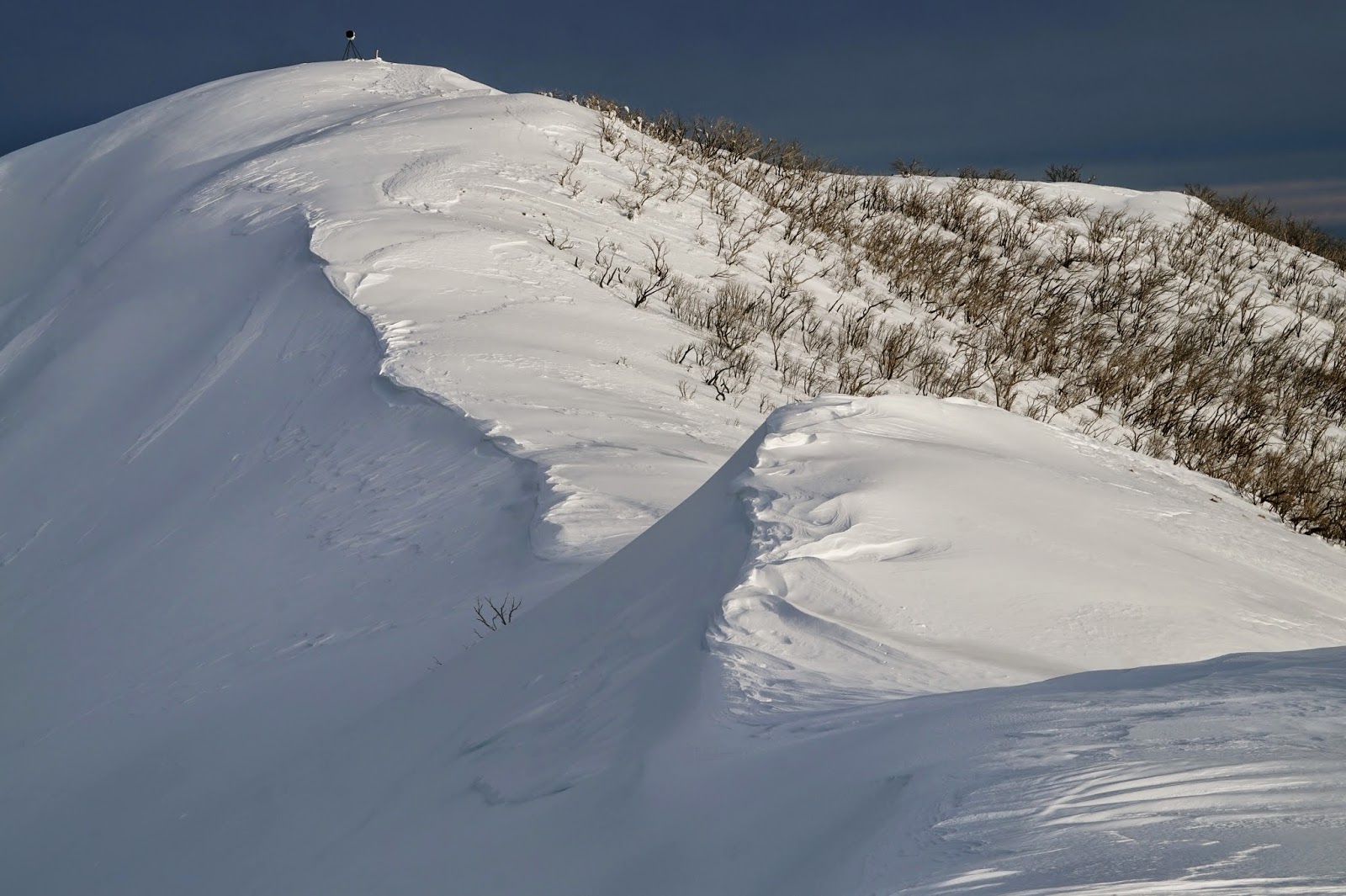 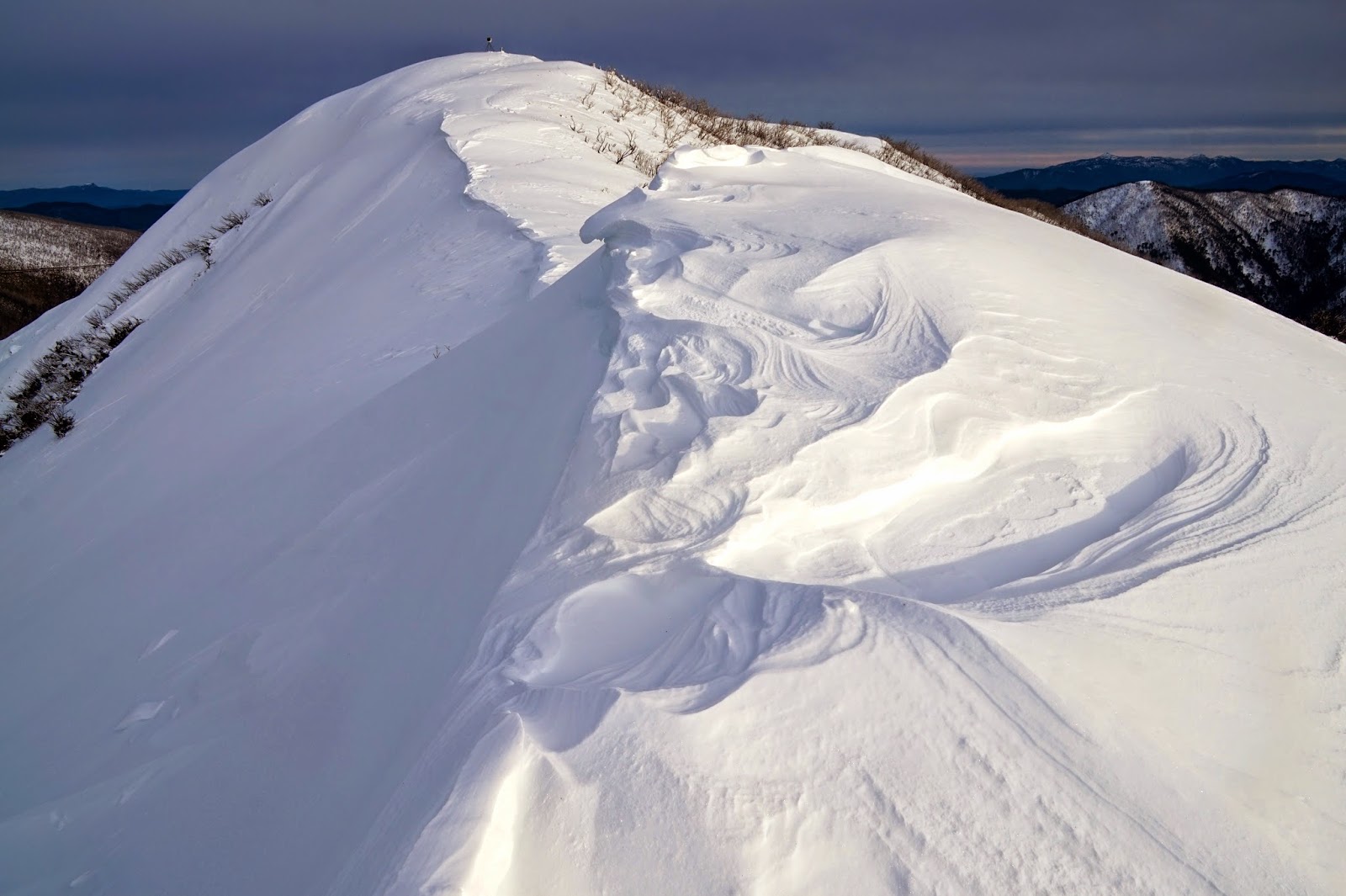 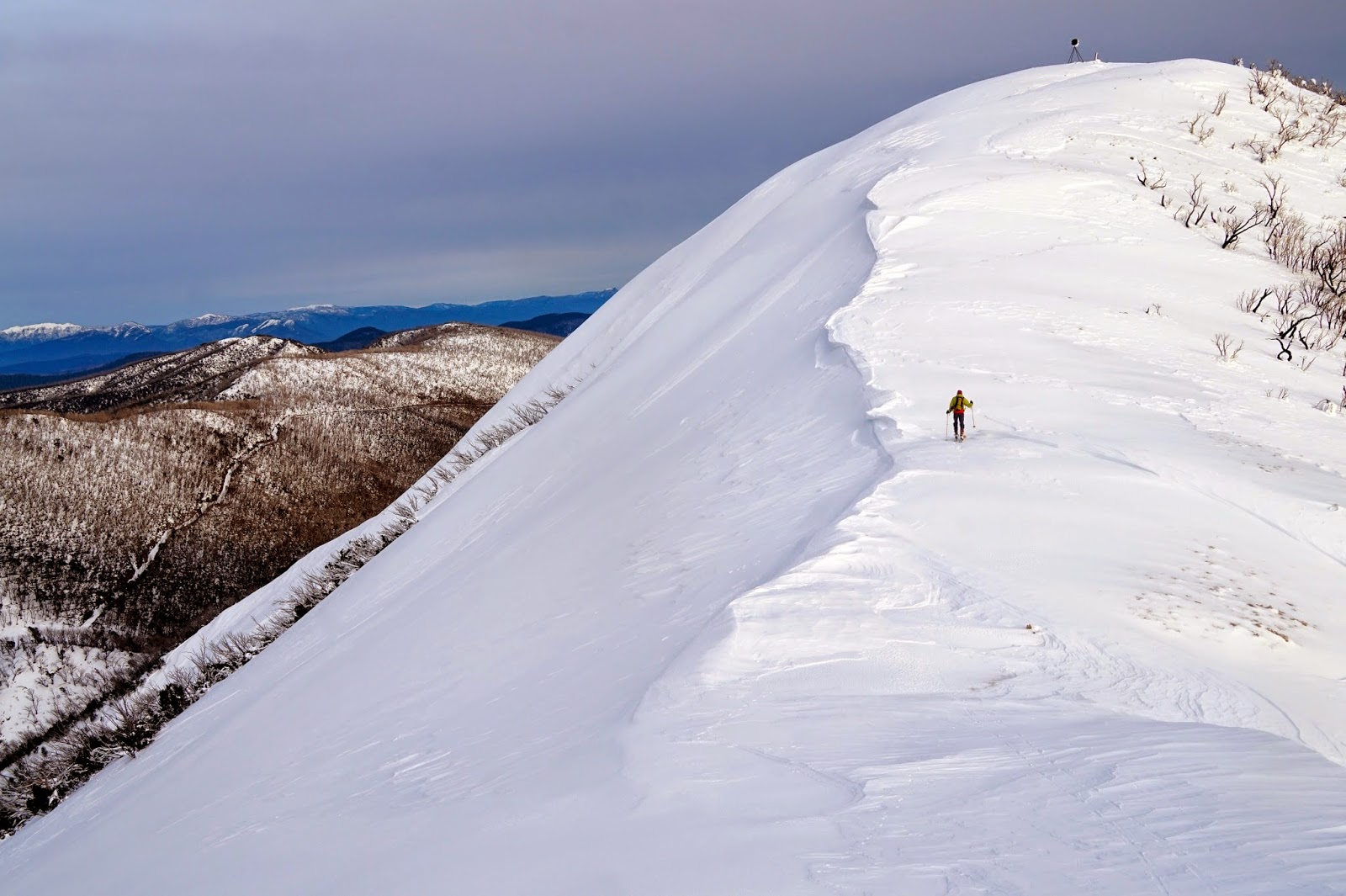 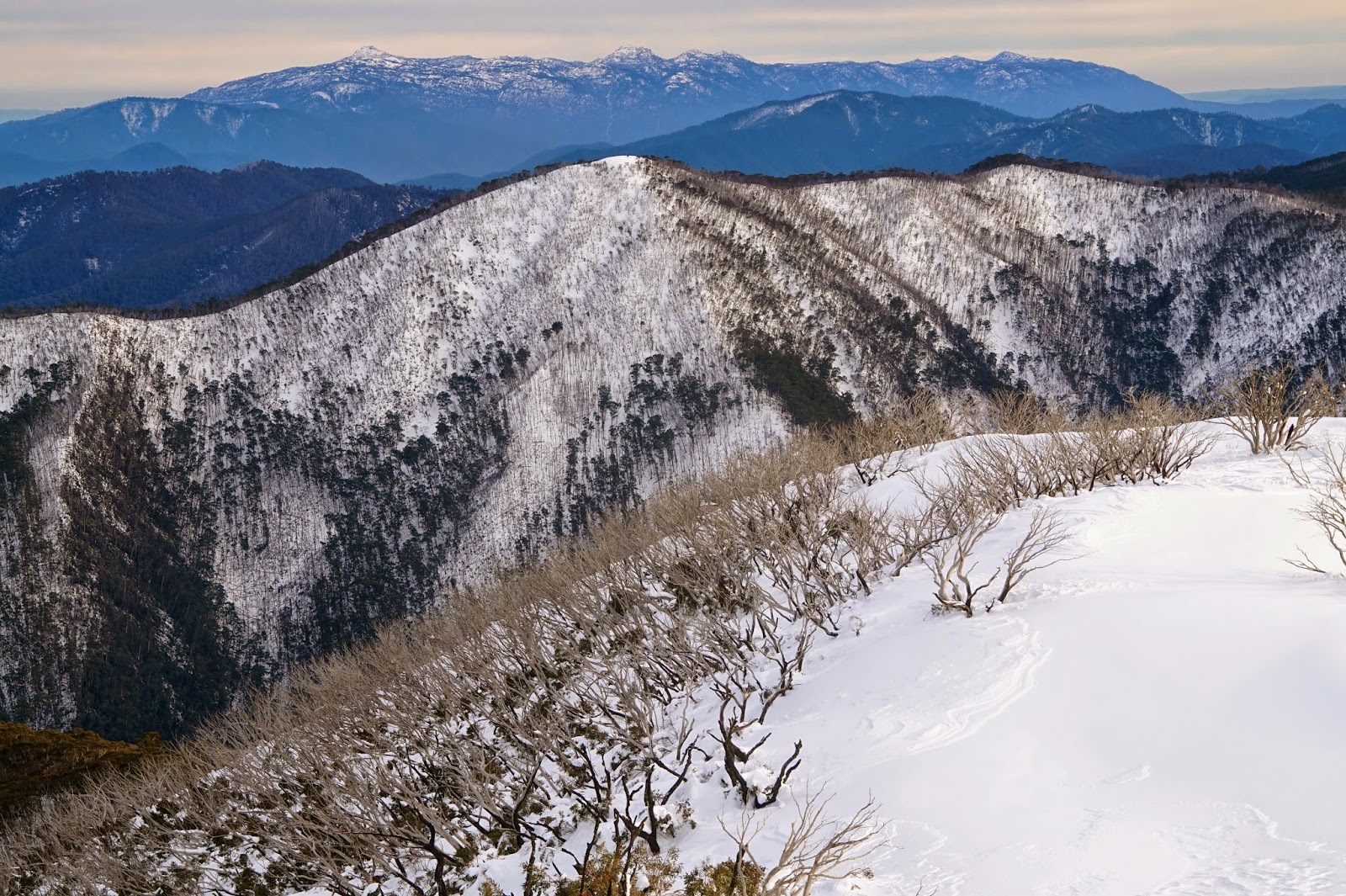 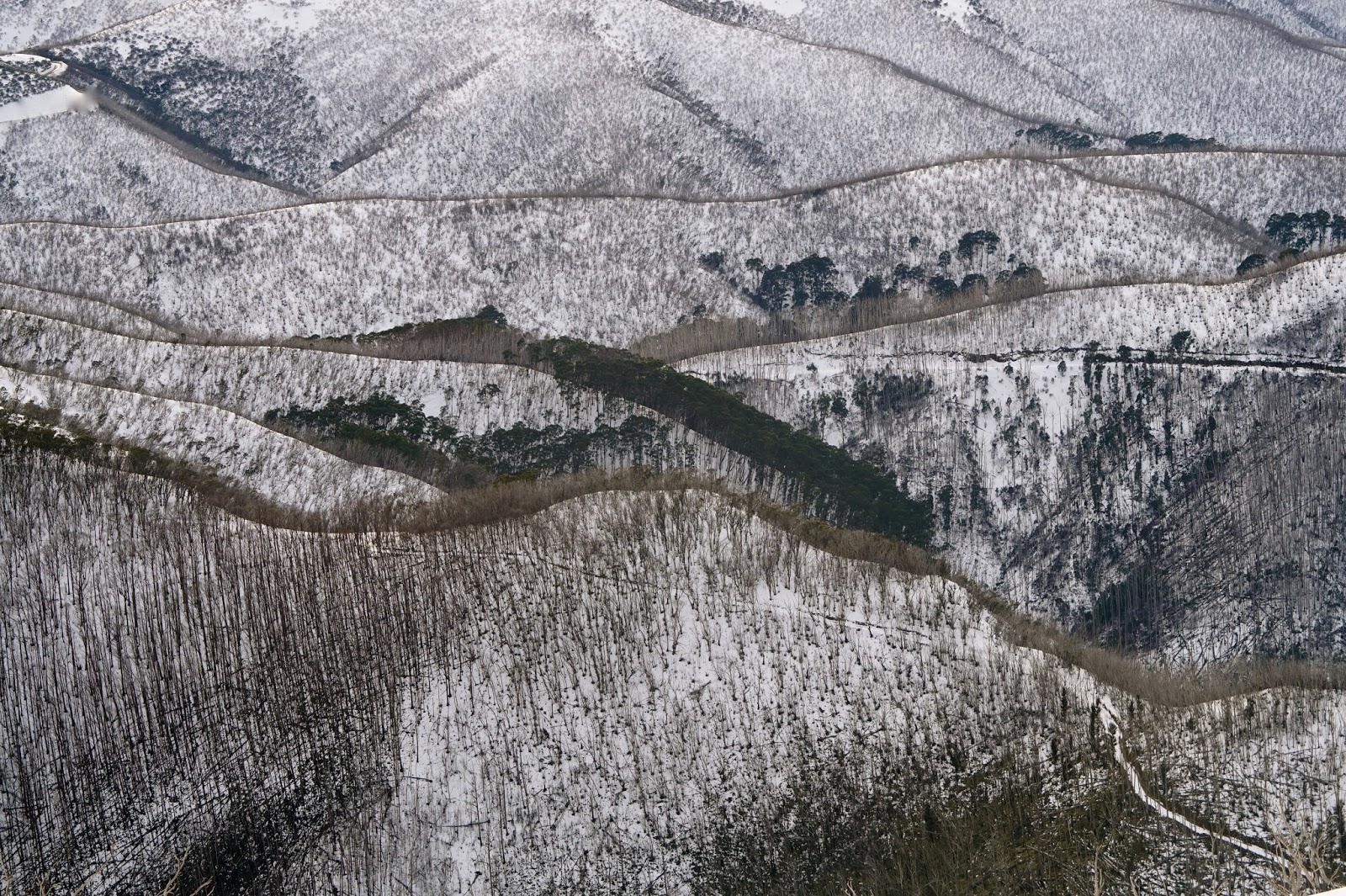 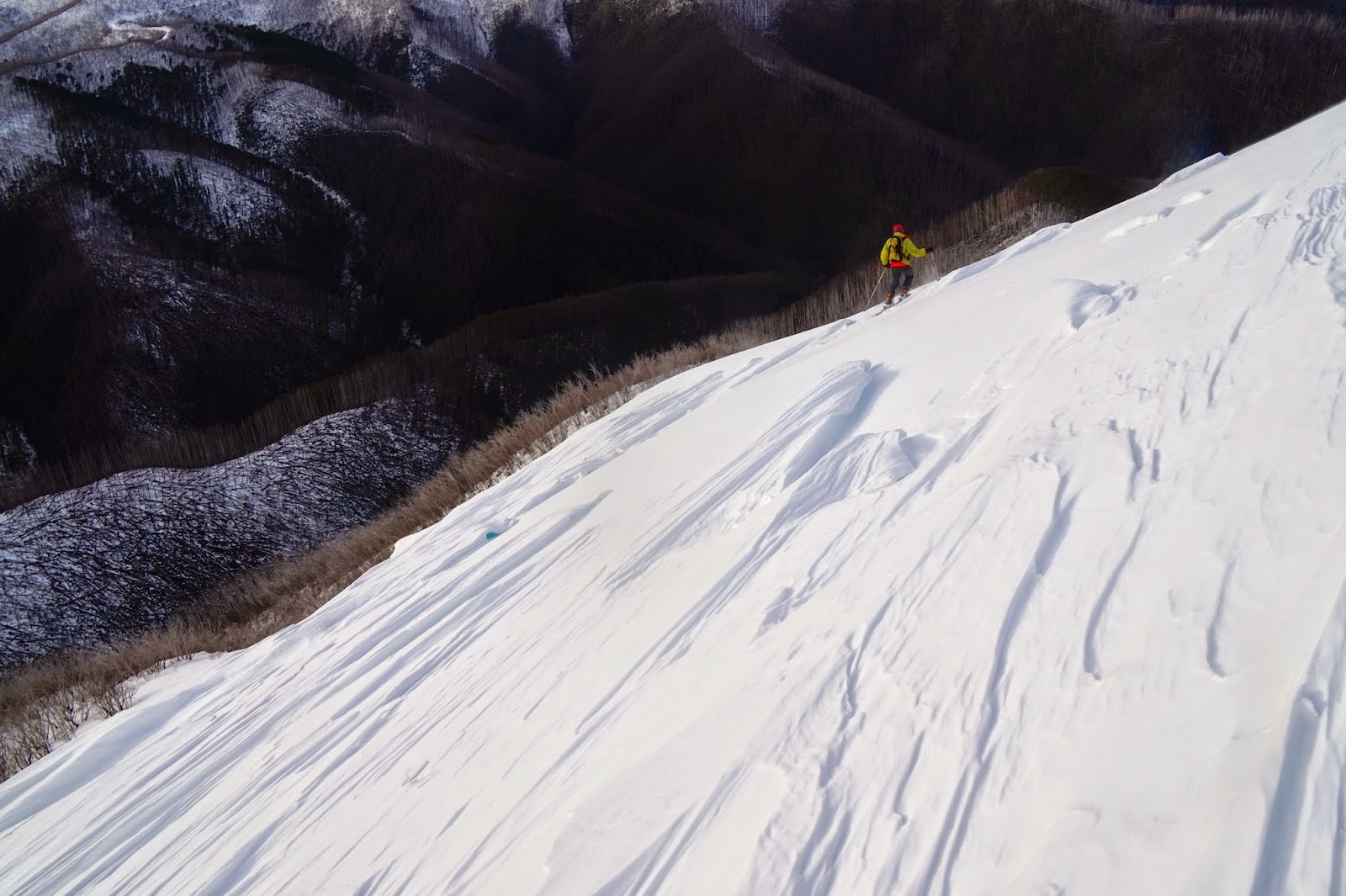 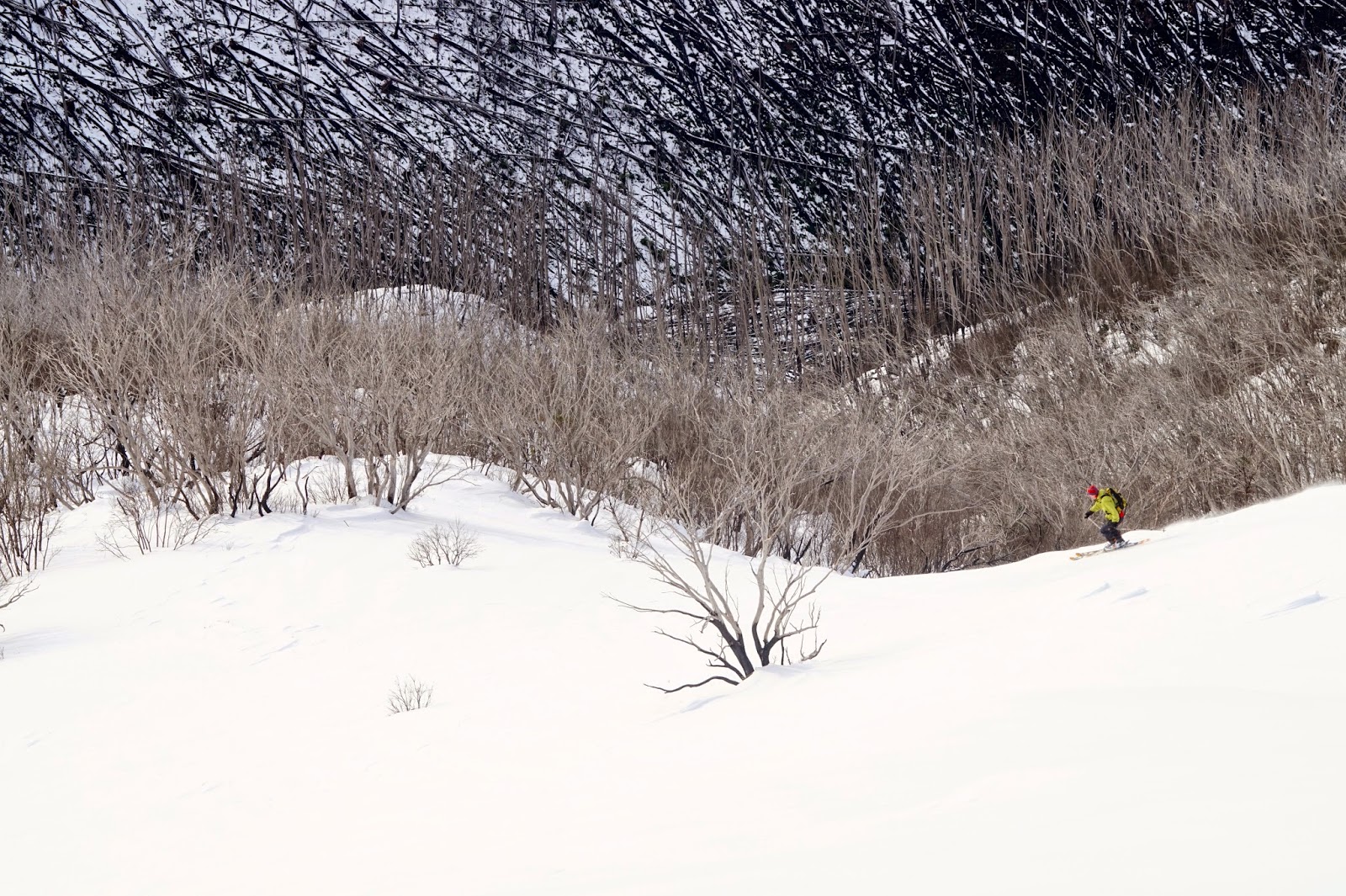